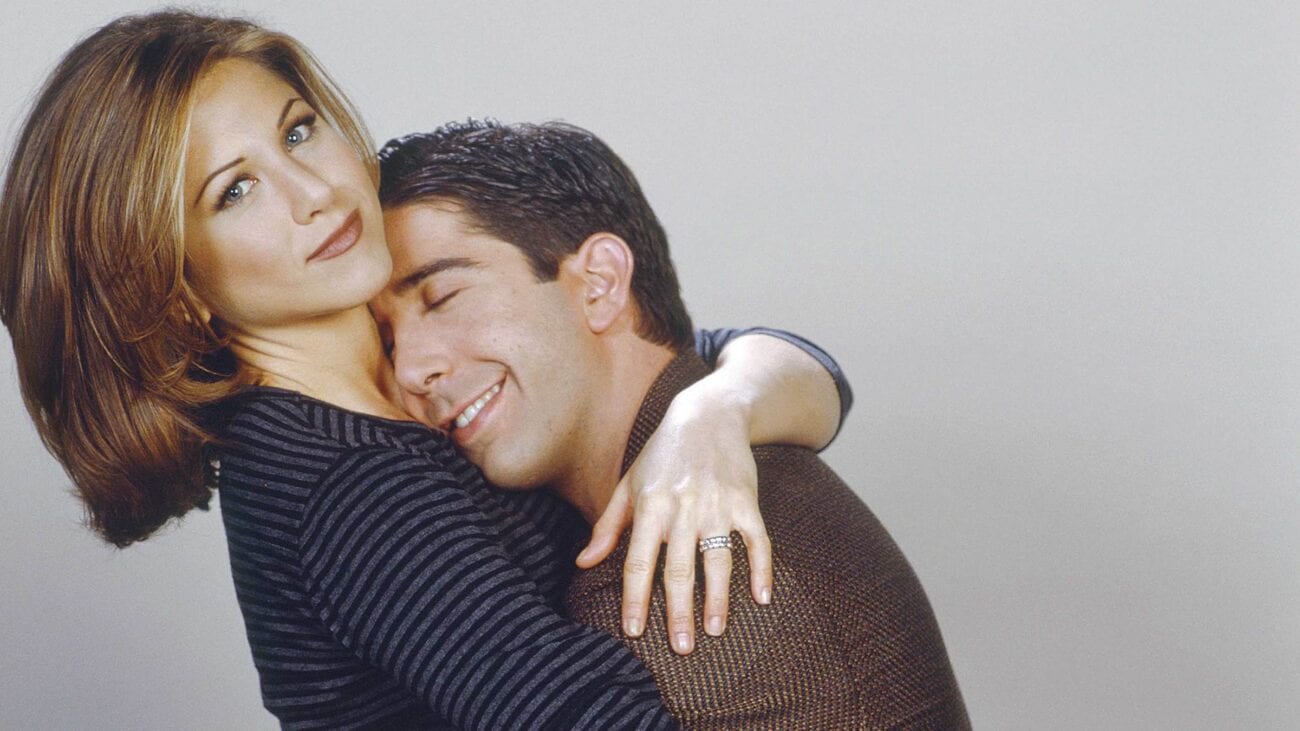 ‘Friends’: Do these scenes prove Rachel and Ross are endgame?

Friends is back in the forefront of fans’ minds after HBO Max brought subscribers the Friends reunion back in late May. The reunion reminded fans why they fell in love with the essential 90s NYC sextuple. Furthermore, seeing the friends back together again made fans remember the drama between the show’s stars which made viewers glued to the screen back in Friends’ heyday.

We love Chandler & Joey’s wacky antics, and Phoebe & Monica certainly have their moments during the show’s ten-year run. However, nothing compares to the sheer magnitude of the Ross & Rachel story. We’ve gathered up our favorite moments from Ross & Rachel’s journey, proving the two are absolute endgame. 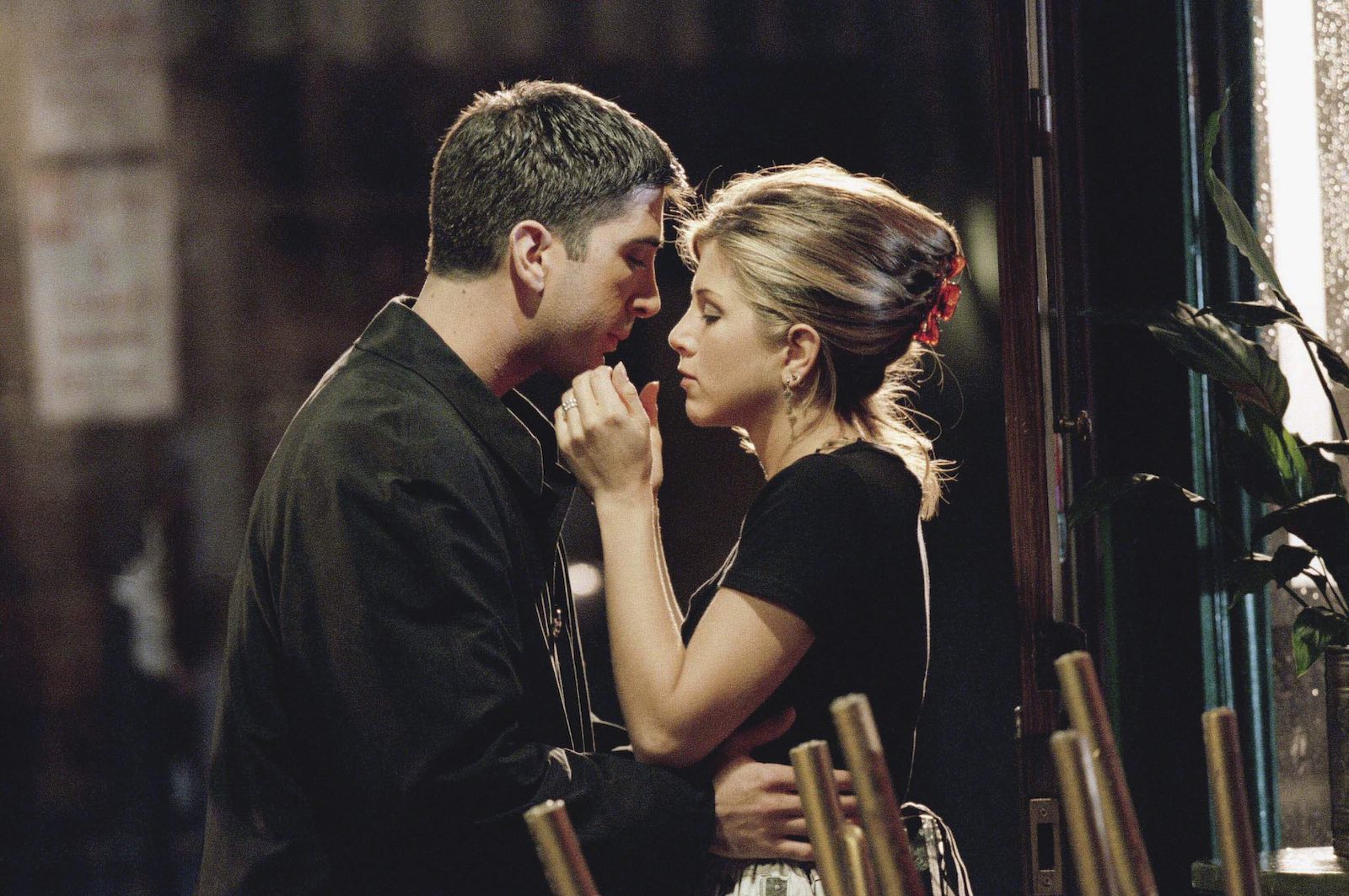 First, we must start at the beginning. During the first season of Friends, Ross & Rachel tiptoe around their feelings, and we’re forced to play the game of “will they or won’t they”. However, things ramp up in season 2, and by mid-season, the real Rachel & Ross story begins.

In episode 7 of season 2, despite her efforts to tell Ross she is over him, Rachel is met with Ross at the end of her shift closing up Central Perk. After a whole episode of the two proclaiming their inability to be together, Ross & Rachel finally kiss at the end, and the Ross & Rachel saga truly begins. 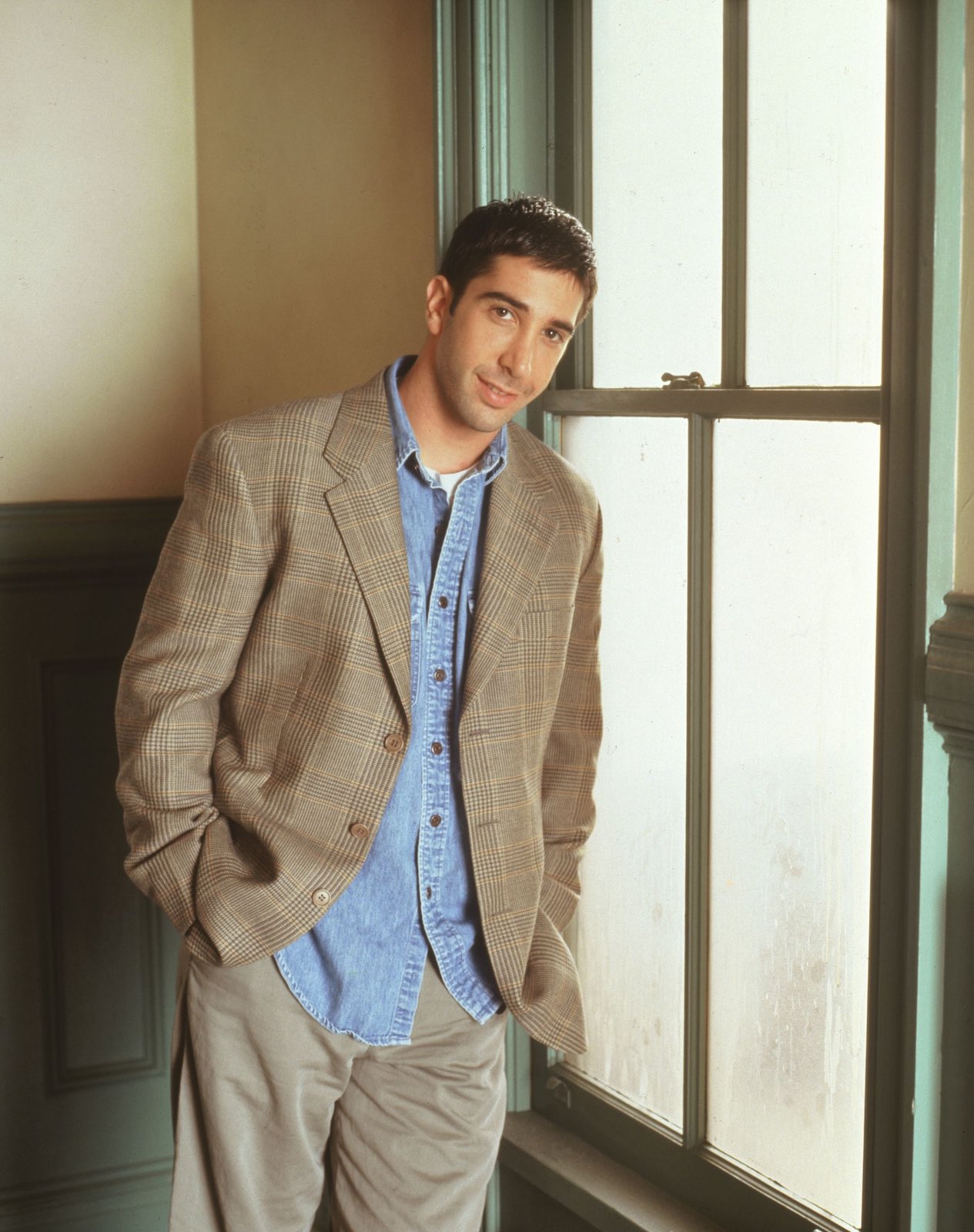 Later on in season 2, in the twentieth episode titled “The One Where Old Yeller Dies”, audiences at first think they’re dealing with a Phoebe episode.

Phoebe finds out about all the unhappy endings of the world’s best stories, starting with Old Yeller, after being sheltered from them for most of her life. However, the episode soon turns to Ross & Rachel, bringing fans one of the couple’s biggest milestones.

At the end of the episode, Ross & Rachel discuss their future. Rachel may be semi-freaked at Ross’s plans for them, but the heavy info doesn’t stop her from telling Ross the big three words for the first time, and Ross does the same. The first “I love you” of many (sob). 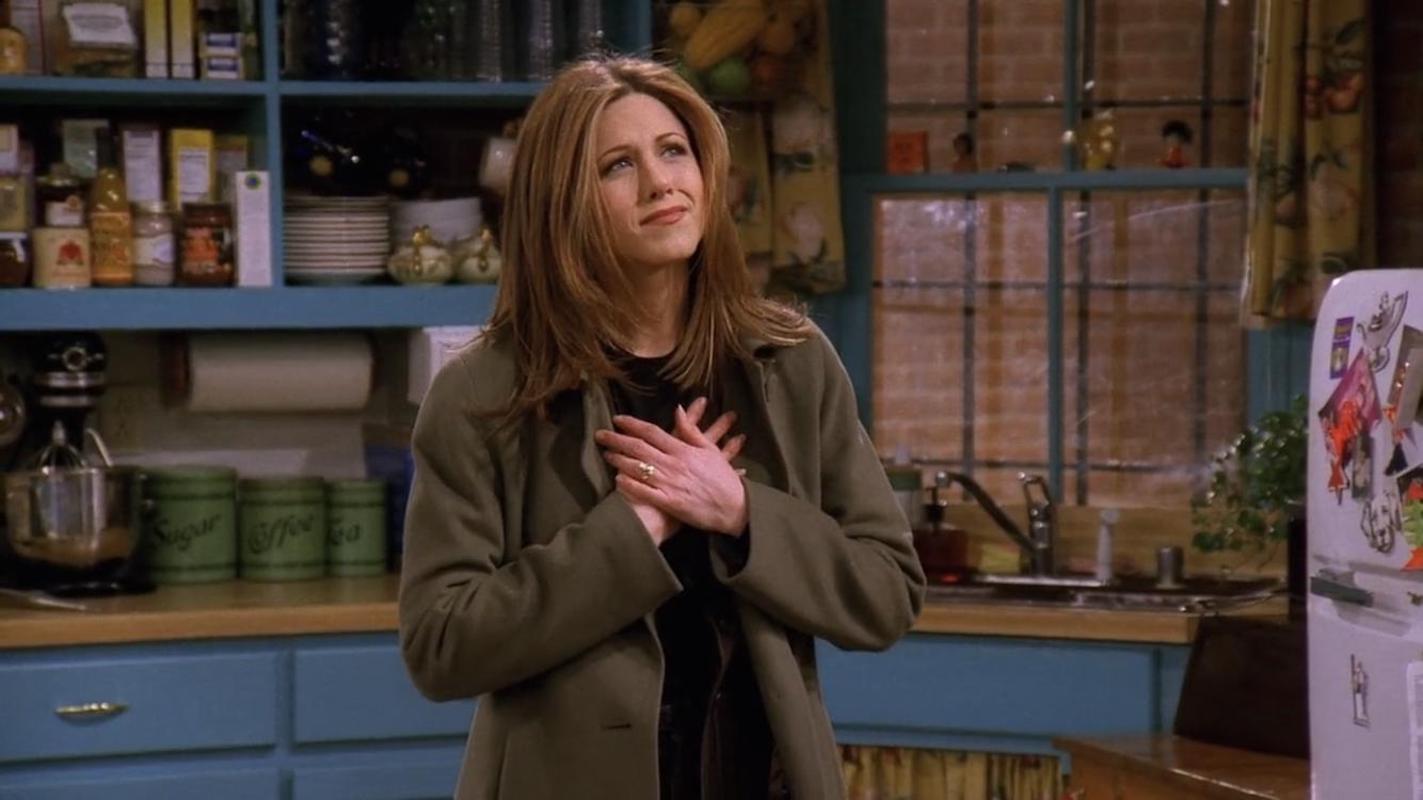 By the third season of Friends, Ross & Rachel’s relationship is the focal point of the show – we love to see Chandler’s jokes, and keep an eye on Phoebe, Joey, and Monica, but the real story is always what’s going on with Ross & Rachel.

In the sixteenth episode of the third season, “The One With the Morning After”, Ross wakes up after sleeping with another woman during his & Rachel’s iconic “break” (do you hear it in Ross’s voice too?).

When Ross rushes to Central Perk to try to shelter Rachel from the news, he walks in to find she’s already found out. The scene is one of the harshest in Friends history, and we feel how serious the couple’s relationship is in the legendary moment. Furthemore, the scene makes Rachel & Ross’s “break” a full-on breakup. 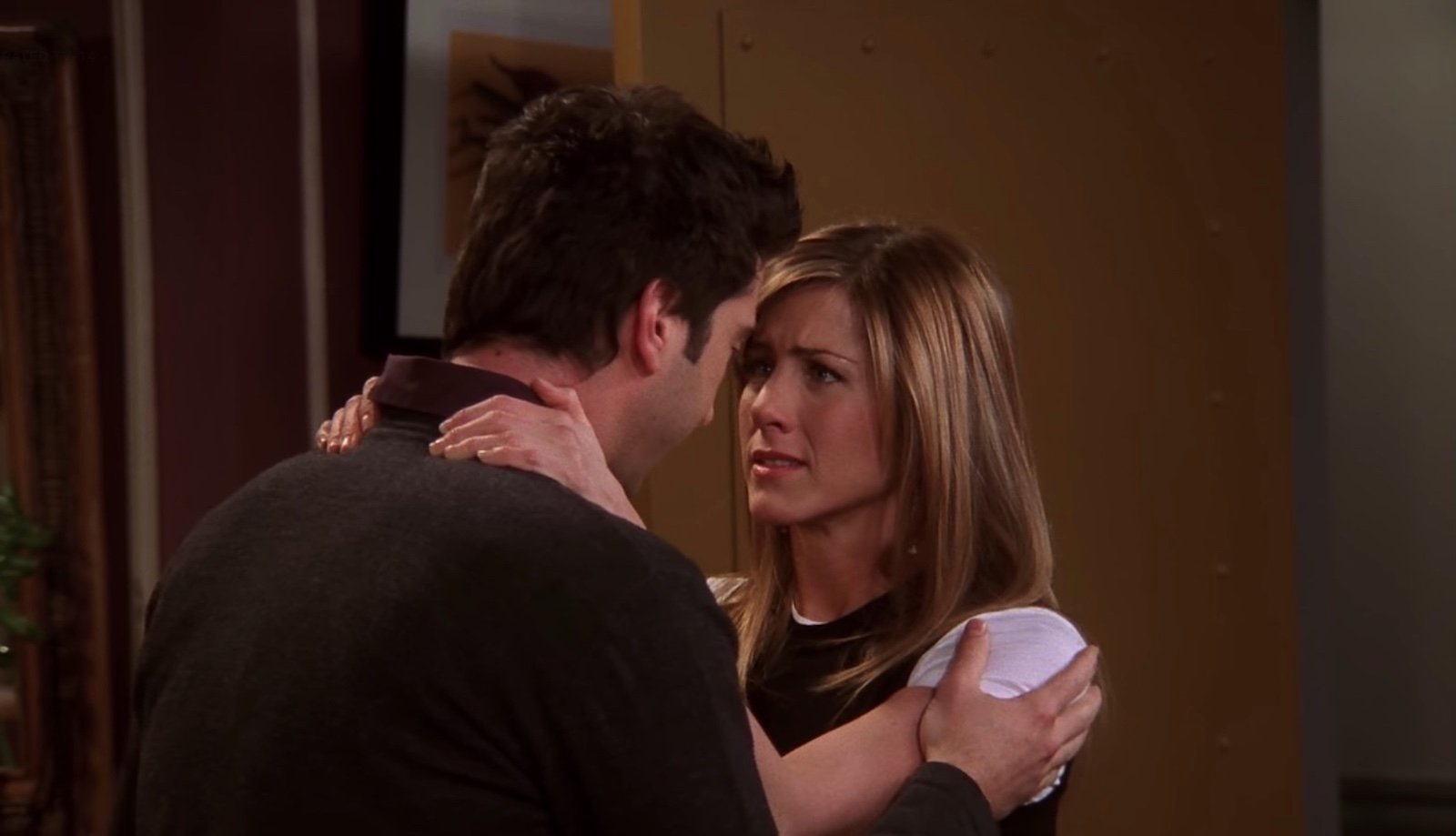 Rachel & Ross’s final moment may be their most iconic from the entire Friends series. After breaking up and getting back together seemingly countless times, Rachel decides to leave the friends and board a plane to Paris, France.

Audiences may have thought Rachel & Ross were finally over by the end of the series, but the final episode of Friends gave the audiences what they wanted: Ross & Rachel together. When Ross comes home after thinking he’s lost Rachel forever, but she shows up at his door, audiences are given one of the best Rachel & Ross moments of the series. Furthermore, the scene proves the two are absolute endgame.

What’s your favorite Ross & Rachel moment? Let us know in the comments below! 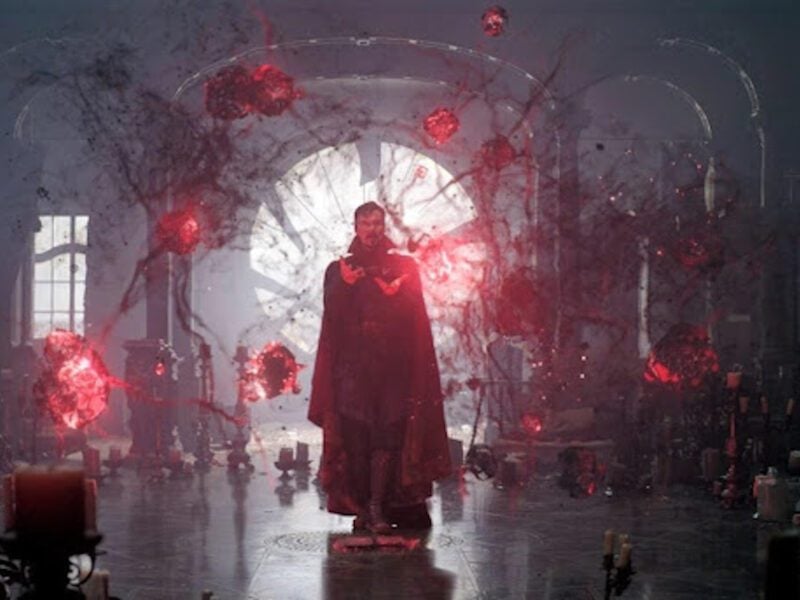