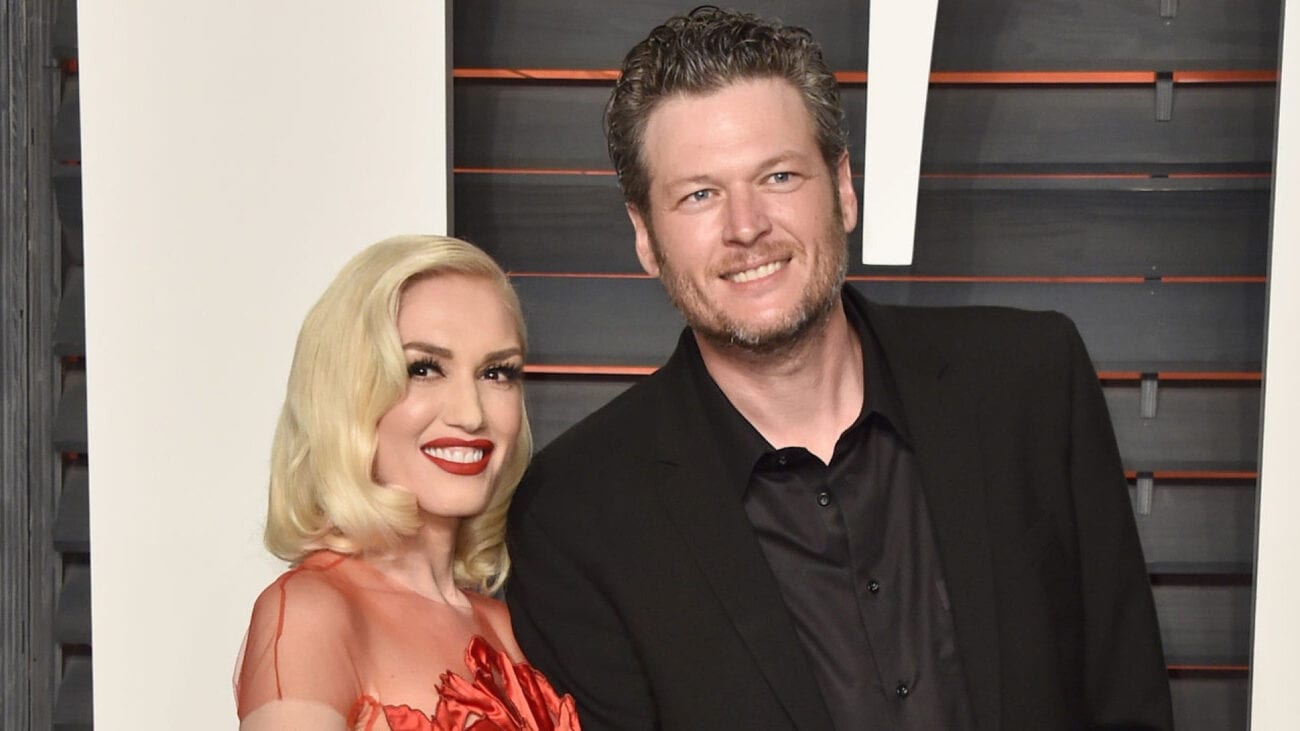 Blake Shelton and Gwen Stefani: All the ways they make us wanna barf

If you took a time machine to 2000 and told us No Doubt’s frontwoman Gwen Stefani would be in a saccharine relationship with a country star like Blake Shelton, we’d shake our heads. Alas, it’s 2021, and here we are.

Not only have Gwen Stefani and Blake Shelton been going strong for quite a while now, this sickeningly sweet couple is making it super official and tying the knot, having announced their engagement in October 2020. Over this last fall & winter, their Voice co-host Adam Levine made his feelings known, telling Ellen DeGeneres on her show: “she (Stefani) is so cool and he (Blake Shelton) is not.”

Ellen DeGeneres jumped to Blake Shelton’s defense, saying he was “funny & smart”, and of course, Levine clarified he missed ribbing his friends on The Voice and, of course, he’d be in attendance to “object” . . . LOL 🤮🤮🤮 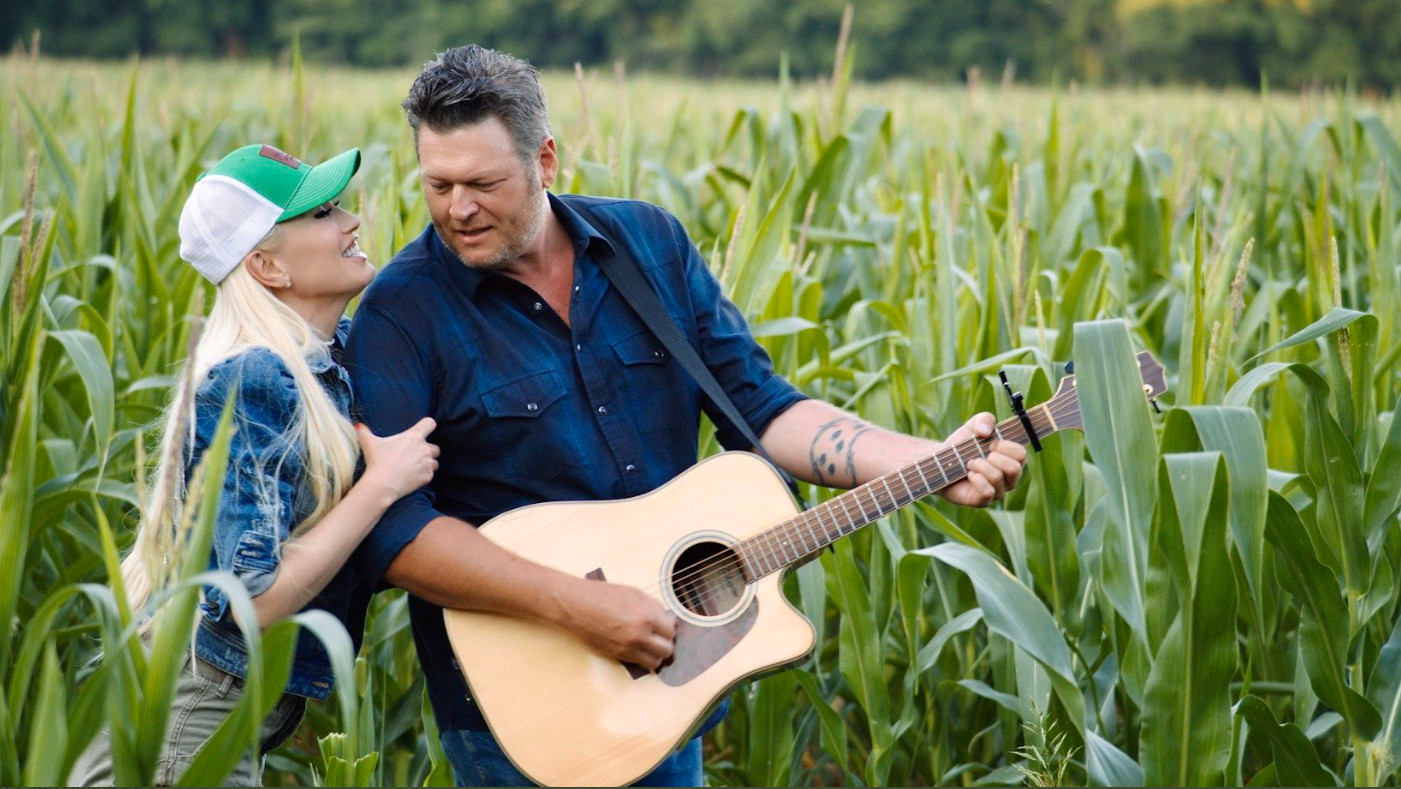 And also, of course, Blake Shelton hit back on Seth Meyers, saying the “Sugar” singer could serenade him at his wedding as he and Gwen Stefani make their way down the aisle and boogie on the dance floor. On top of the gooey gushing, Gwen Stefani and Blake Shelton already do about each other . . . .

OK, that’s it – we want a barf bag! Everything Blake Shelton & Gwen Stefani touch turns to diabetes, even their Voice castmates. And since misery loves company, we’re passing an extra paper bag your way so you can throw up at the syrupy, sugary sweetness that makes Buddy the Elf’s diet look like a plate of veggies. 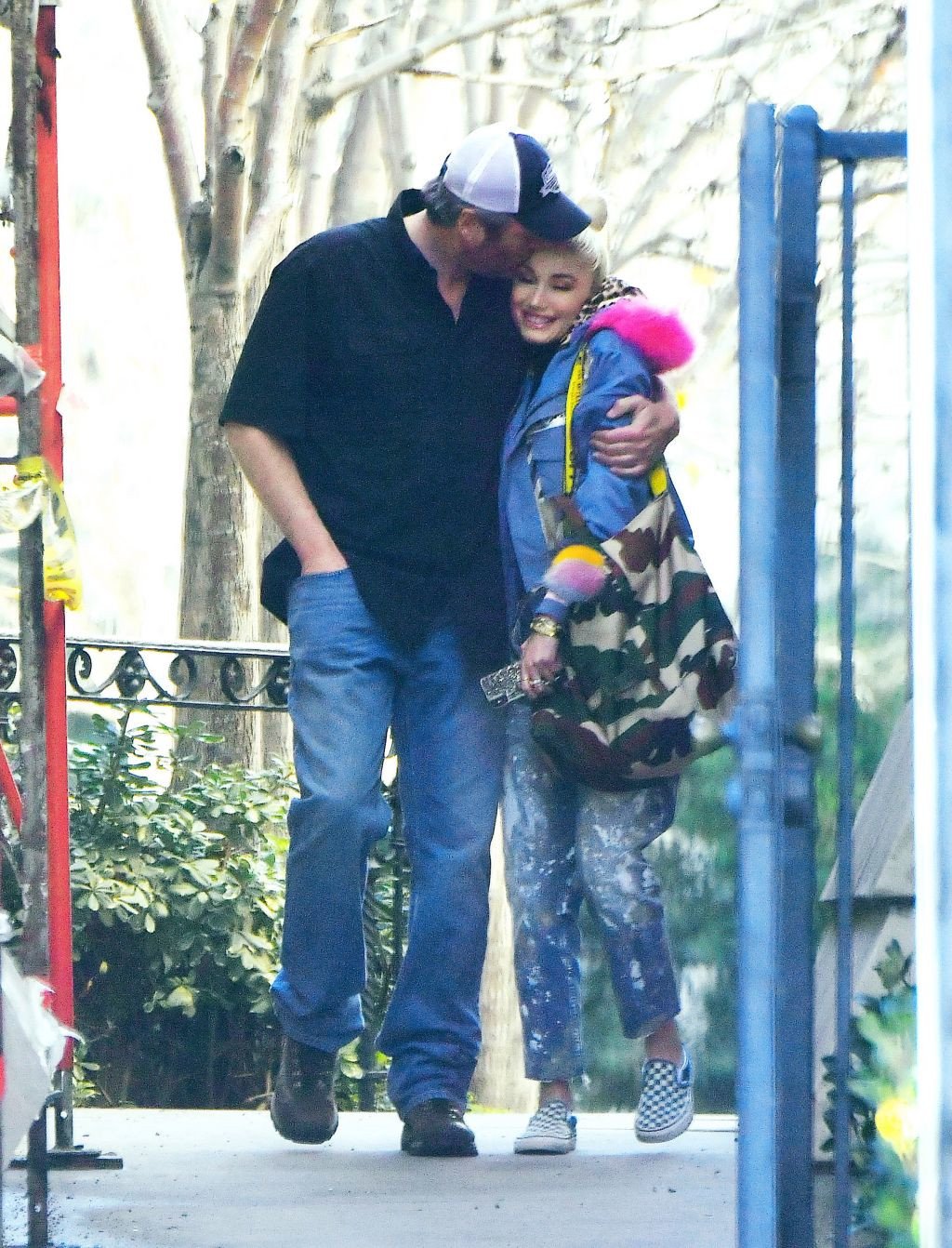 “Didn’t know who he was”

In case you’re wondering who either of these two lovebirds are or why they’re so happily in love, here’s some background info. Gwen Stefani & Blake Shelton met in 2014 when they appeared on the music talent competition The Voice as coaches. The “Hollaback Girl” singer admitted she had no idea who Shelton was when they first met.

Blake Shelton knew who she was though, describing his first impressions to People: “She surprised everybody with a performance of ‘Hollaback Girl’, and then they announced that she was going to be a coach. I remember enjoying her performance, and then after the show, we all took a group picture. It was very much an industry-type meeting, and I told people, ‘I met Gwen Stefani. That’s crazy.’”

The following November, these two lovers really knew each other though, as they announced a relationship after working together for a year. 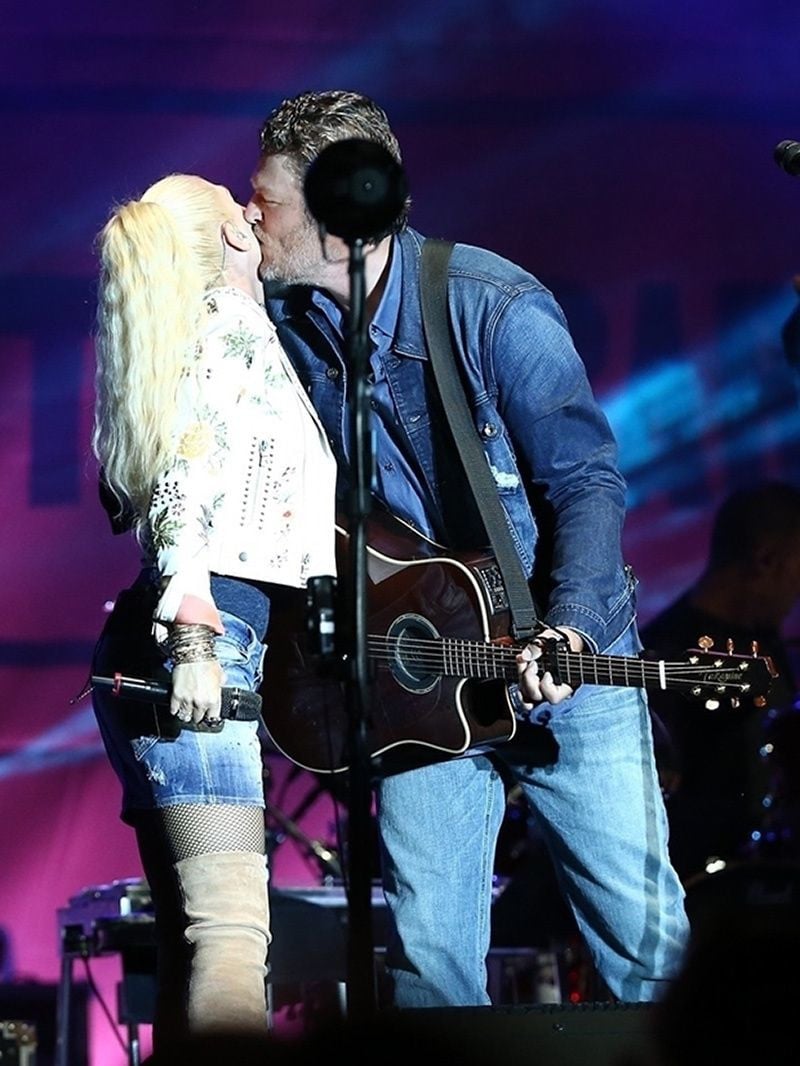 Gwen & Blake sitting in a tree

In an interview with People, Gwen Stefani gushed about how Blake Shelton makes her feel so young.

“I look back over the past few years and look at pictures of when I first started kissing Blake, and I look the best I’ve ever looked in my life in those photos. Love must look good on me. I feel like that does show through – it really does.” 🤮

Between pukes, we have to explain there are also people still shaking their heads at how this unlikely pair ended up together. “People still can’t understand how this possibly happened. Like, ‘How can she possibly want to be with this guy? It has to have been like a mix-up, right?’” Gwen Stefani told People. 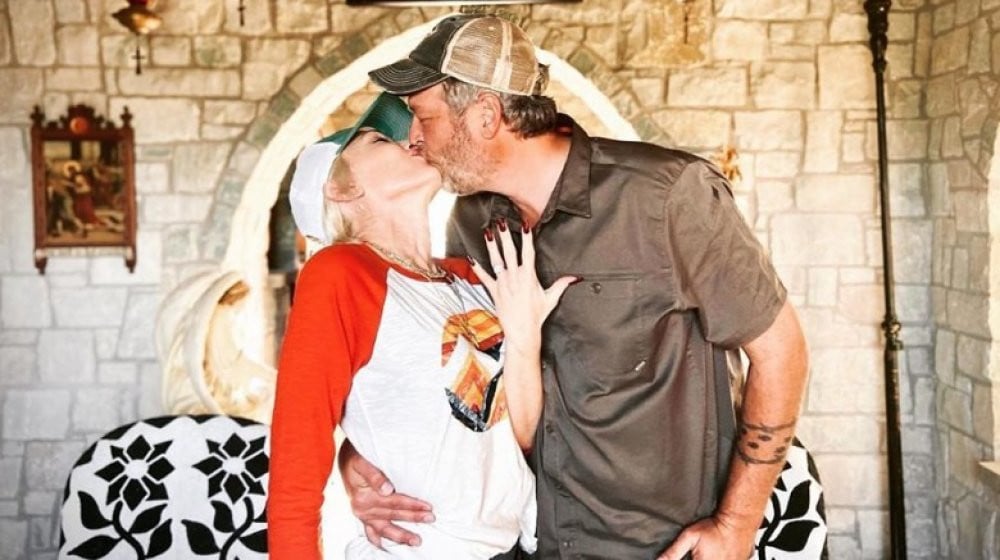 Going to the chapel

Not only are Gwen Stefani and Blake Shelton going to the chapel, but Shelton also built a chapel exclusively for Stefani on the Oklahoma property. This is where he proposed to her last October.

During the 2020 lockdown, Blake Shelton and Gwen Stefani spent quite a bit of time on their Oklahoma ranch where Shelton shoots music videos. This 1,300-acre ranch had plenty of room for Shelton to construct the actual building where they’re seemingly getting hitched. As far as the rest of the ranch, Stefani said it was “a little bit simpler of a life that I didn’t even know existed”. Cue the butterflies, sparkles, and us vomiting.

To be fair, we have to hand props to any Hollywood couple who lasts more than five seconds. We do have to ask, though: what Gwen Stefani and Blake Shelton moment made you vom the most? Throw it in the comments below!