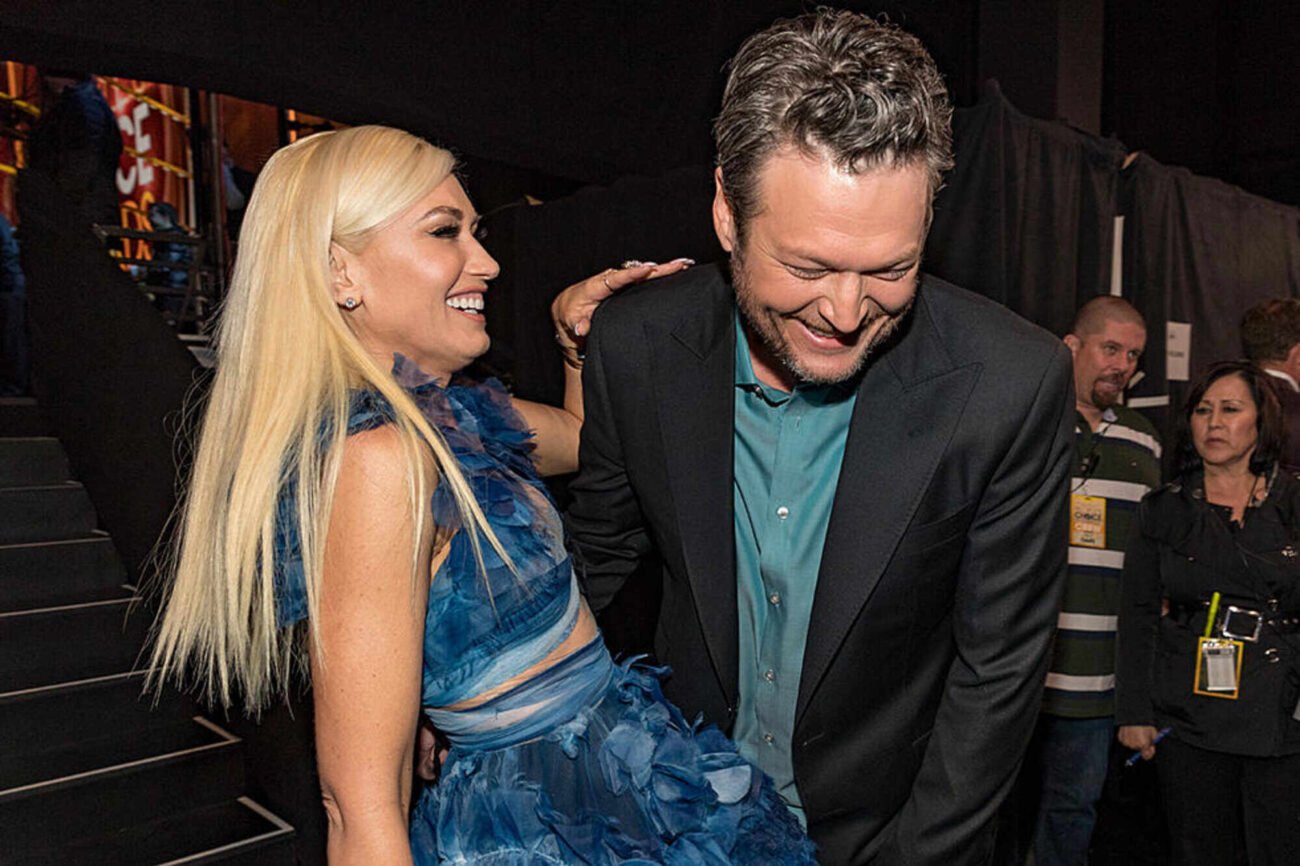 The Super Bowl LV last Sunday night was surely a big spectacle all across the nation, and a few surprise stars in the event included engaged boos Gwen Stefani & Blake Shelton alongside Adam Levine. In a laugh-out-loud, adorable commercial, the stars truly captured hearts around the country.

During America’s largest sporting event of the year, Gwen Stefani, Blake Shelton, and Adam Levine starred in a T-Mobile commercial that sparked tons of smiles. In the beginning, the “Orange County Girl” calls Levine on a cell in a video chat and informs him what she’s looking for in an ideal man.

When talking to the Maroon 5 singer, Stefani explained: “I’m sick of LA guys. I want someone completely different. Maybe from another country, and someone cultured and sensitive and who’s not threatened by a strong, confident woman”.

However, due to the horrible cell service & spotty connection, Levine instead hears that she wants a lover who is “completely country”, “uncultured”, and is “threatened by a strong, confident woman”. Levine turns from the diner where he’s at, and of course, who else is there other than Blake Shelton himself? 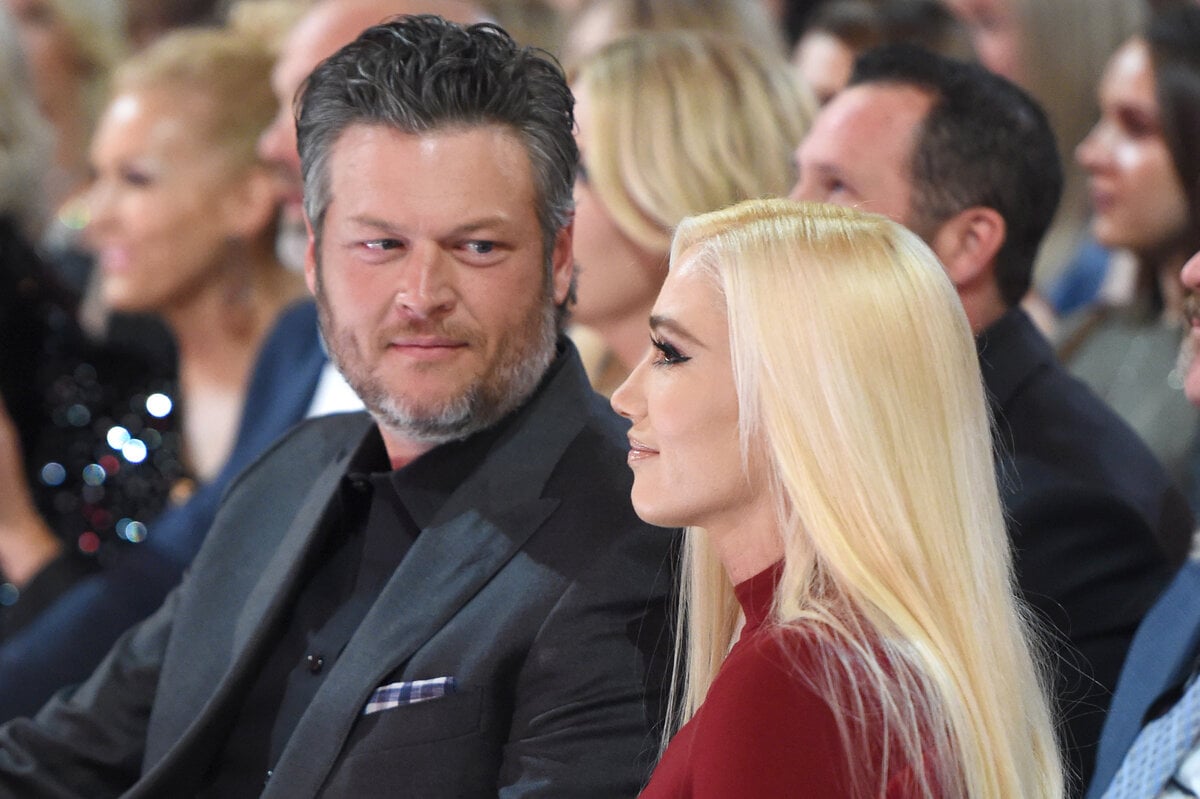 Hilariously, this leads to Levine hooking Gwen Stefani up with Blake Shelton, and the two meet up on a blind date. Stefani is surprised, and laughs as she looks him up and down, asking him if he came to this date by a horse to which Shelton matter-of-factly responds yes. The T-mobile commercial then ends with the words “don’t trust your love life to just any network”.

However, considering the duo are in love in real life, the cell network may have to rethink those words. Since Blake Shelton & Gwen Stefani have started dating a few years ago, the two immediately fell in love and the rest was history as the engaged couple are now set to live happily ever after in real life. 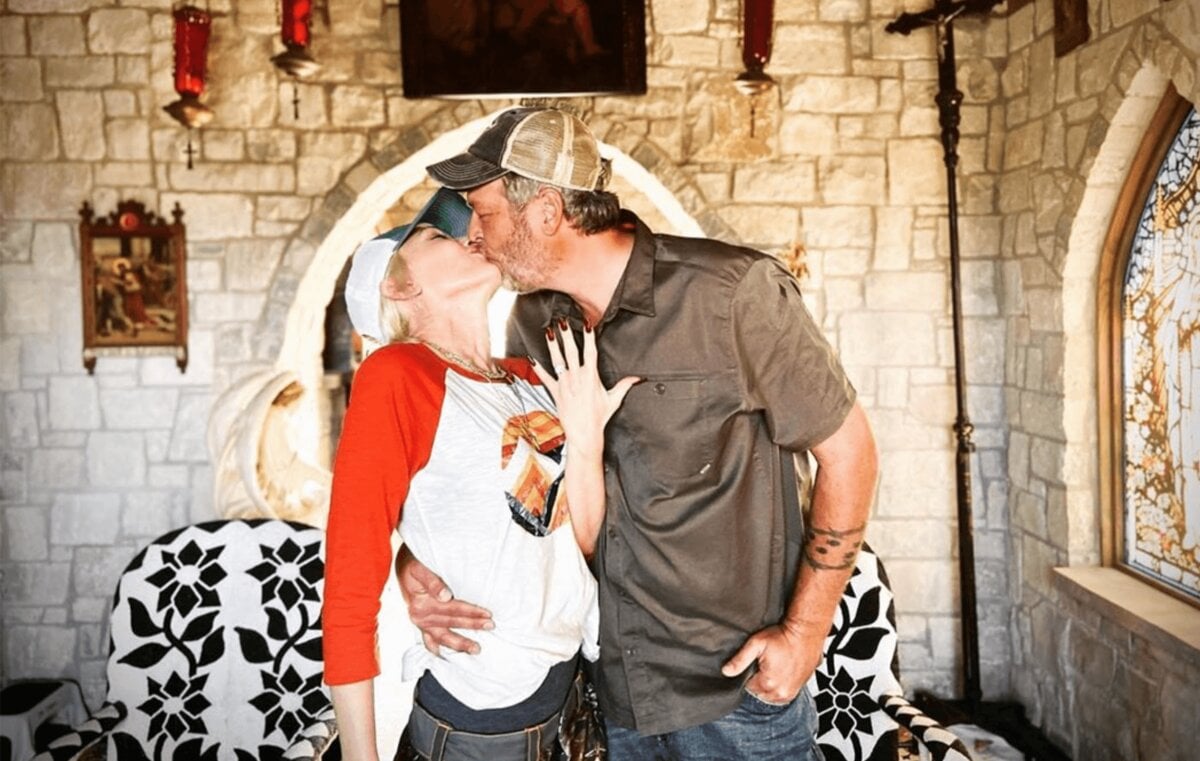 According to Blake Shelton, social media wasn’t the only place where people were buzzing about the commercial with Gwen Stefani & Adam Levine – his family & friends were just as delighted to see him onscreen during the sporting event.

The country singer recalled to EW the following day: “Of all the things that I’ve been fortunate enough to have happen in my life, I don’t know that my phone has ever erupted — I mean my phone was smoking last night.”

“You realize, ‘Oh my God, nobody has ever really watched me win an award’. I know that now”, the singer joked to EW. “But everybody watches the Super Bowl. Now it’s confirmed: I know every contact in my phone was watching that game.” 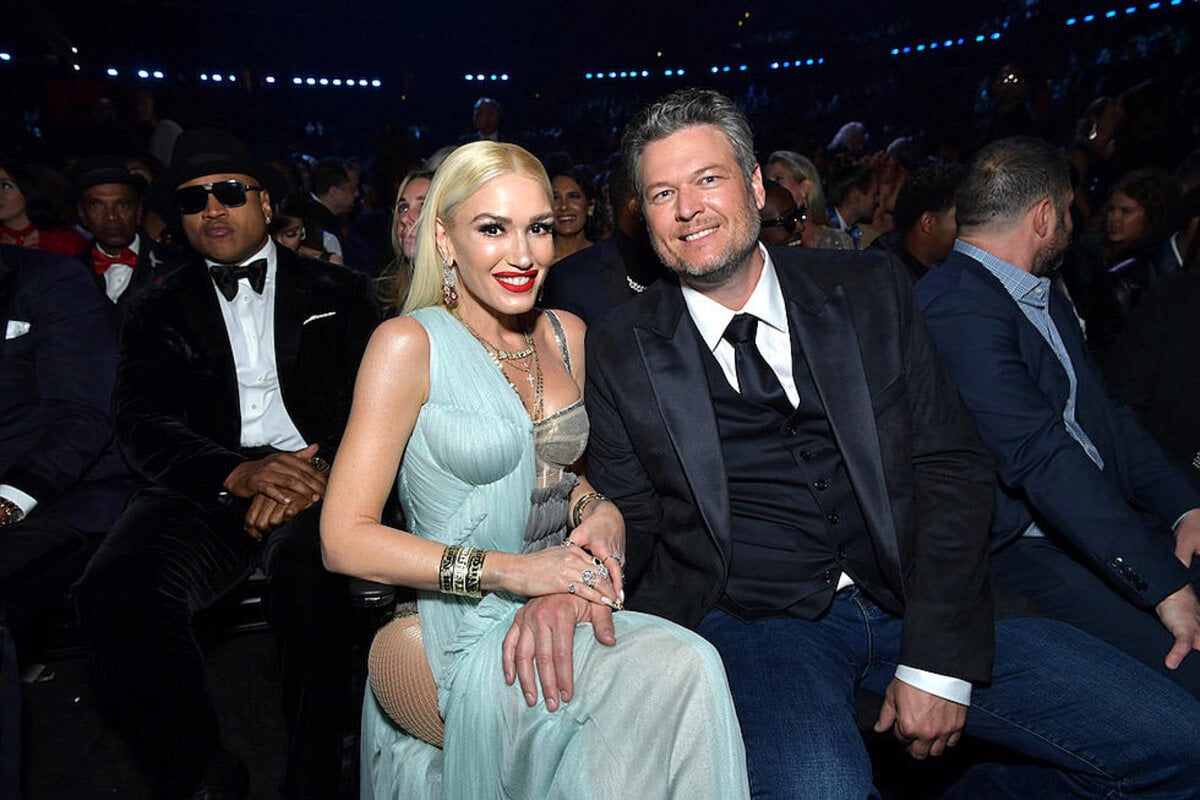 Despite the commercial slightly teasing Blake Shelton, the country man raved that he actually loved making it alongside his soon to be wife Gwen Stefani. “It was funny, we had a blast”, Shelton confirmed. “When I read the script, I thought it was a great idea. I thought it was so funny. Because people still don’t really understand why she’s with me. And fair enough, right? So I loved being able to spin that out.”

Gwen Stefani & Blake Shelton finally got engaged last October after five years of dating. The two first met back in 2014 while starring alongside each other on The Voice, and started off as just friends. However, the two experienced heartbreaking divorces the following year. Blake Shelton split with Miranda Lambert, and Gwen Stefani ended her thirteen-year marriage with Gavin Rossdale.

A few months later, the two decided the sparks between them were absolutely undeniable. Since getting together, Gwen Stefani & Blake Shelton still look as happily and as in love as ever. We’re obsessed with the duo’s love story, and can’t wait to see what the future has in store for them. 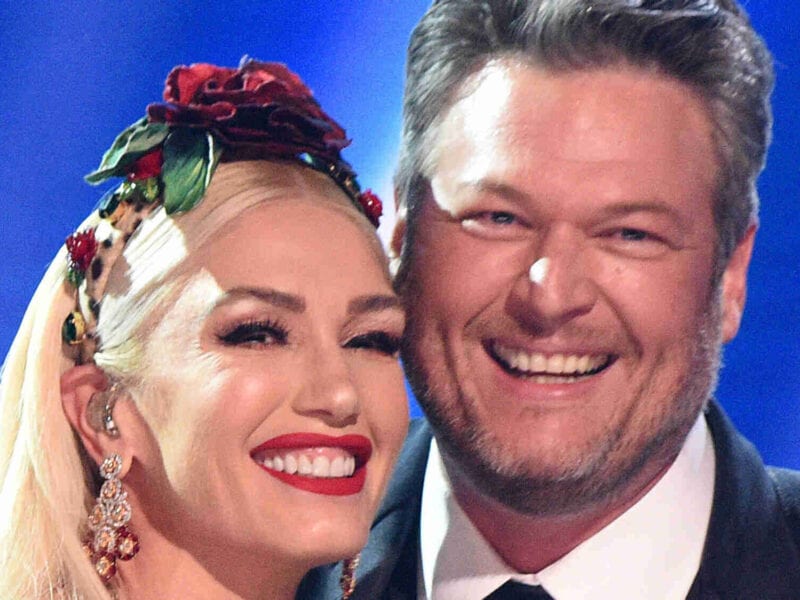 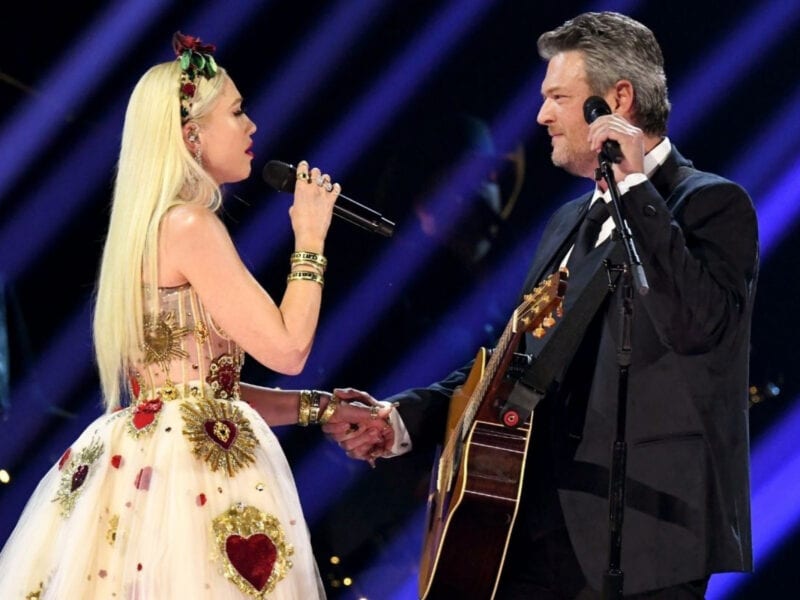 Gwen Stefani and Blake Shelton: See how this couple got married secretly 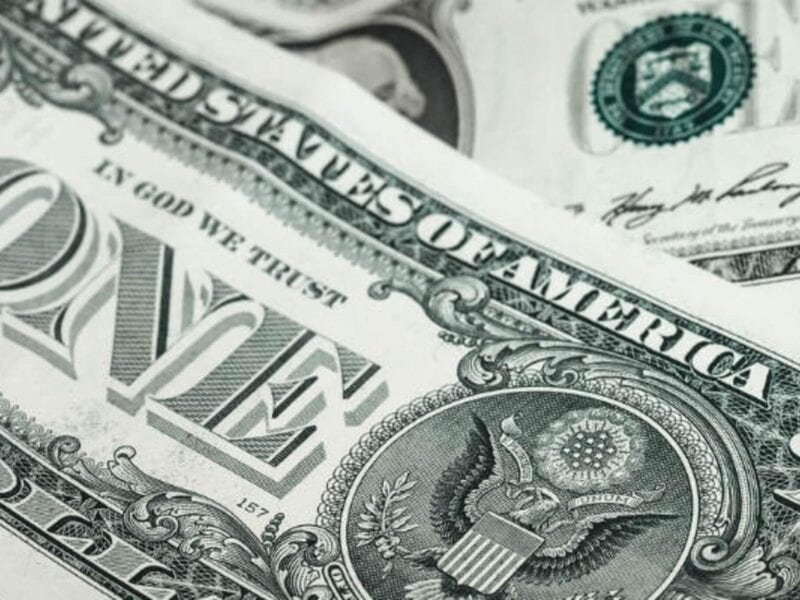