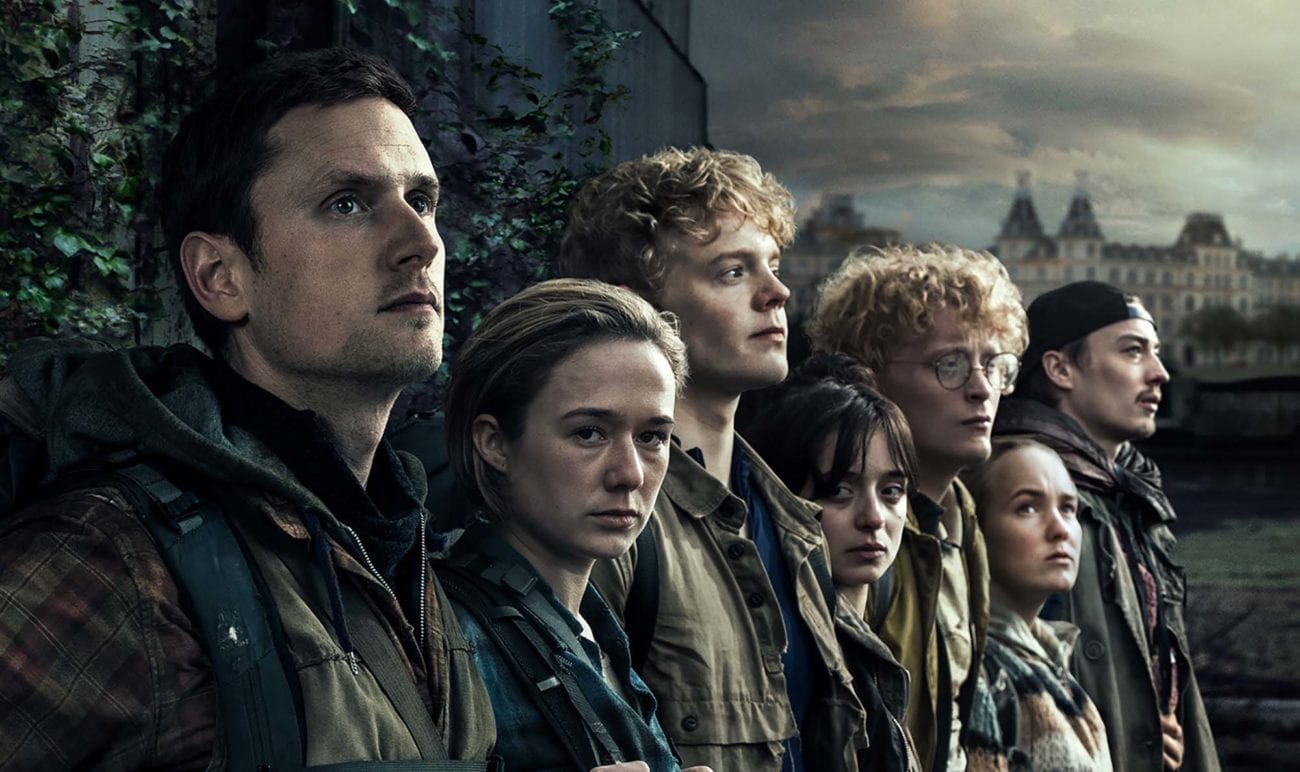 The sun is finally out and cracking the sidewalks, which means it’s officially the start of BBQ and lawn party season. It’s also the beginning of all your last minute excuses as to why you can’t actually make it to such sun soaked events. Why? Probably because you’ll be drawing the curtains and catching up on your shows instead (we know you so well). To help you stay organized so you know to avoid such awkward social commitments with Susan from accounting or your old college friends you have nothing in common with anymore, we’ve made a list of all the TV shows returning and premiering in May. There are some absolute essential shows in here and more than enough that are worth shunning the sun for to enjoy a solid bingewatch instead.

The Karate Kid reboot sees Johnny Lawrence (William Zabka) reopening the Cobra Kai dojo and revisiting the old faithful wounds of his rivalry with Daniel LaRusso (Ralph Macchio). Set thirty years after the 1984 All Valley Karate Tournament, you can expect plenty of karate shenanigans and hopefully more scenes in which bullies get their asses handed to them.

The sci-fi action adventure returns to screens for Josh Holloway fans everywhere to continue swooning emphatically whenever he moves his hair out of his eyes ever so dramatically.

Netflix’s highly anticipated survival horror series is one you’ll definitely want to add to your calendars. The post apocalyptic Scandi-horror follows a band of young survivors seeking safety and answers within a bleak and harrowing landscape after a brutal virus wipes out most of the population.

School is back open at Winchester, ladies and gentlemen, and the second season of Dear White People looks ready to read society with an even more irreverent take on racial politics, queer identity, and college conflicts than the first did. Logan Browning (Powers), DeRon Horton (Burning Sands), and Brandon P. Bell (Insecure) are all returning, as are the snappy, sharp takedowns of modern culture.

David Flebotte’s dramedy series is back for S2 to explore even more of the struggles, darkness, and damaged personas behind the infamous LA stand up comedy scene of the 70s.

Stephanie Danler adopts her bestselling novel of the same name in this half-hour drama about the service industry. Starring Ella Purnell (Kick-Ass 2), Evan Jonigkeit (Whiskey Tango Foxtrot), Caitlin Fitzgerald (Always Shine), and the perpetually brooding Tom Sturridge (Far from the Madding Crowd), the show should hit all the right notes for anyone who loves a solid recipe of high drama and food with a side of complicated romance.

We can’t wait for this half-hour drama show about two Mexican-American sisters (Mishel Prada & Melissa Barrera) confronted by their family’s past. WIth queer Latinx stories at the forefront of the series alongside explorations of LA gentrification, Vida looks like one of the most essential debuts of the season.

The bow tie wearing science lover will be bringing more of his entertaining insights (and those of his celebrity guests including Drew Carey, Karlie Kloss, Ali Wong, and Zach Braff) about politics, the environment, and life as we know it in his inimitable way.

Based on Joan Lindsay’s Australian historical fiction novel about a group of female students who went missing while on a Valentine’s Day picnic, Amazon’s anticipated adaptation of the story sees a cast including Natalie Dormer (Game of Thrones), Lola Bessis (Swim Little Fish Swim), and Lily Sullivan (Mental) as the young woman who seemingly vanished without reason in 1990.

A whole new batch of (probably terrible) suitors await new Bachelorette, Becca Kufrin. So don’t pretend to be cool, okay? Just order yourself a massive takeaway, crack open an enormous bottle of wine, and wear your sloppiest clothes so you can enjoy the insanity of the premiere as the TV Gods intended.

Ava DuVernay’s critically acclaimed relationship drama show is coming back for S3 with an all female directing team, a new showrunner (Kat Candler), and a two-episode premiere spread over two nights.

The fourth season of Tina Fey’s cartoonish NYC comedy show will be broken up into two parts but will still feature the rib-tickling talents of Ellie Kemper (Bridesmaids), Tituss Burgess, Carol Kane (The Princess Bride), and Jane Krakowski (30 Rock). According to co-showrunner Robert Carlock, the first half of the season will also be tackling the #MeToo movement.