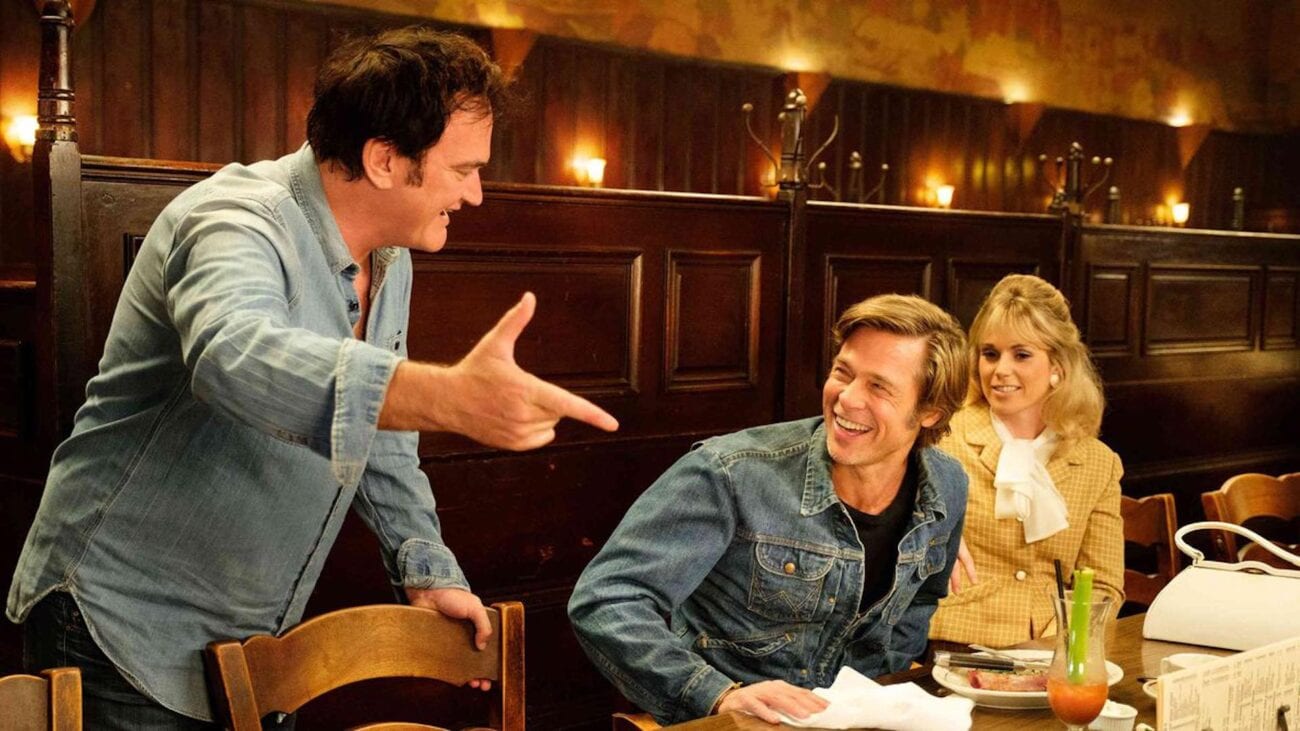 Good ol’ QT claims he’s retiring once he makes it to ten films. Will it actually happen? Hard to tell, even after all these years of “knowing” the acclaimed writer/director. But here’s what we know: there are nine movies directed by Quentin Tarantino, which means – if he sticks to his retirement claim – we only have one more QT joint to go.

Even assuming the clock is (by choice) running out on Quentin Tarantino’s filmmaking career, we can always rejoice on the fact that all nine movies directed by him make up an incredible body of work. If his tenth, and allegedly final film follows in the footsteps of all previous QT features, we’re guaranteed a good time, if nothing else.

Let’s do a quick revisit of Tarantino’s filmography in chronological order. At this point, it seems like the right thing to do. 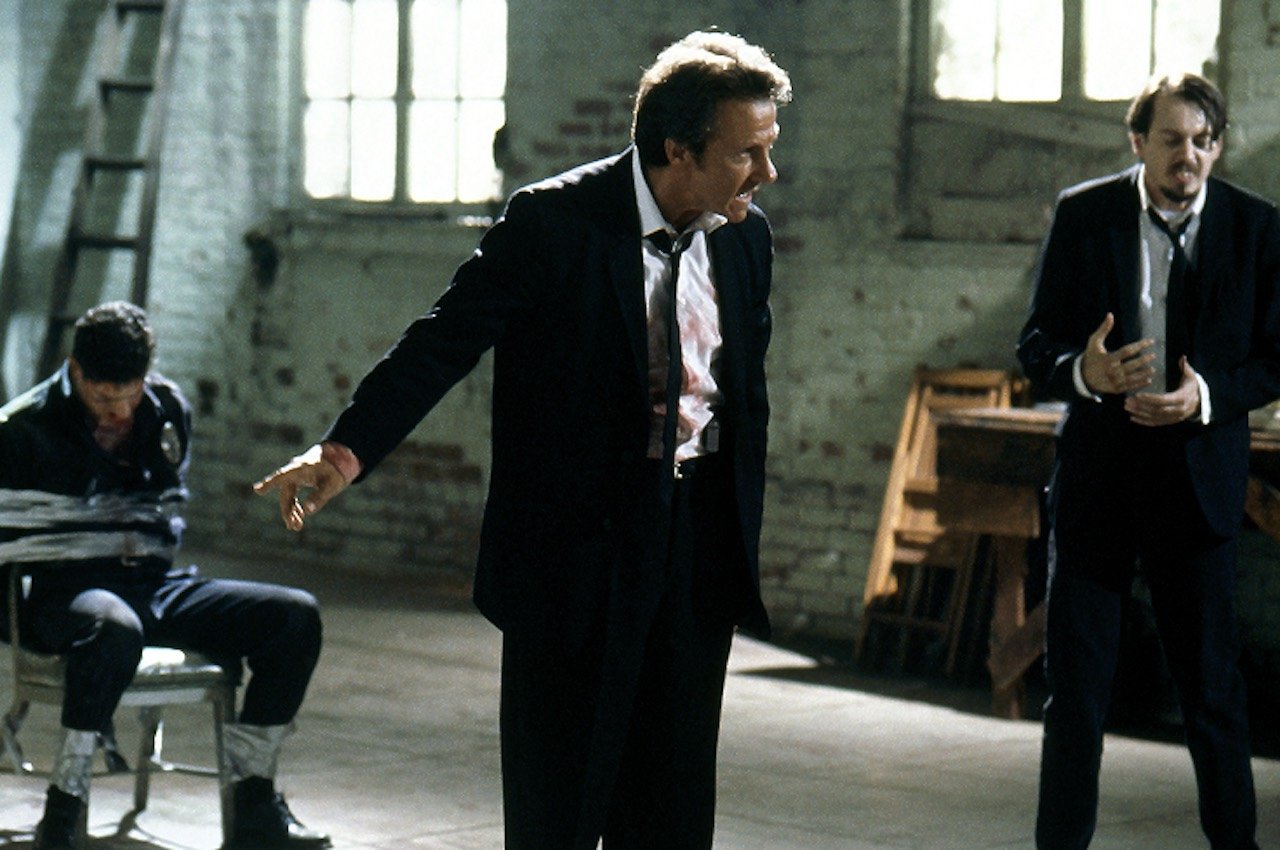 The beginning of all things QT, Reservoir Dogs wears its indie badge proudly, sticking mostly to one location and being driven mostly by dialogue – despite all the weapons and explosive personalities around. It’s an impressive debut that brandishes every Quentin Tarantino trademark (except the latter-day rewriting of history) despite its limited budget.

You can currently stream Reservoir Dogs on The Roku Channel (with ads) and DirecTV. 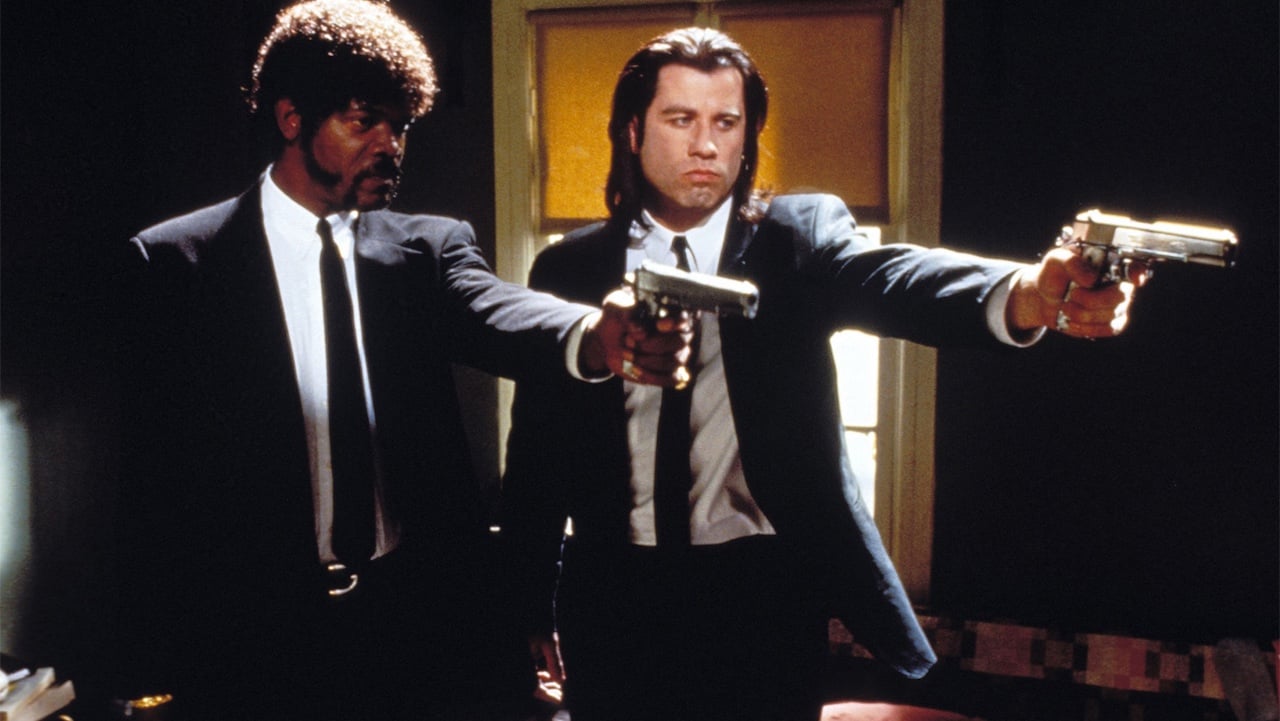 The ultimate Tarantino flick. There might be better movies directed by Quentin Tarantino (though we don’t think so) but, in the end, it’s hard not to think of Pulp Fiction as the director’s essence distilled to its core elements. The snappy dialogue, the killer soundtrack, the brutal violence, the unconventional storytelling choices, the just-hip-enough pop culture references . . . it’s all here.

You can currently stream Pulp Fiction on HBO Max. 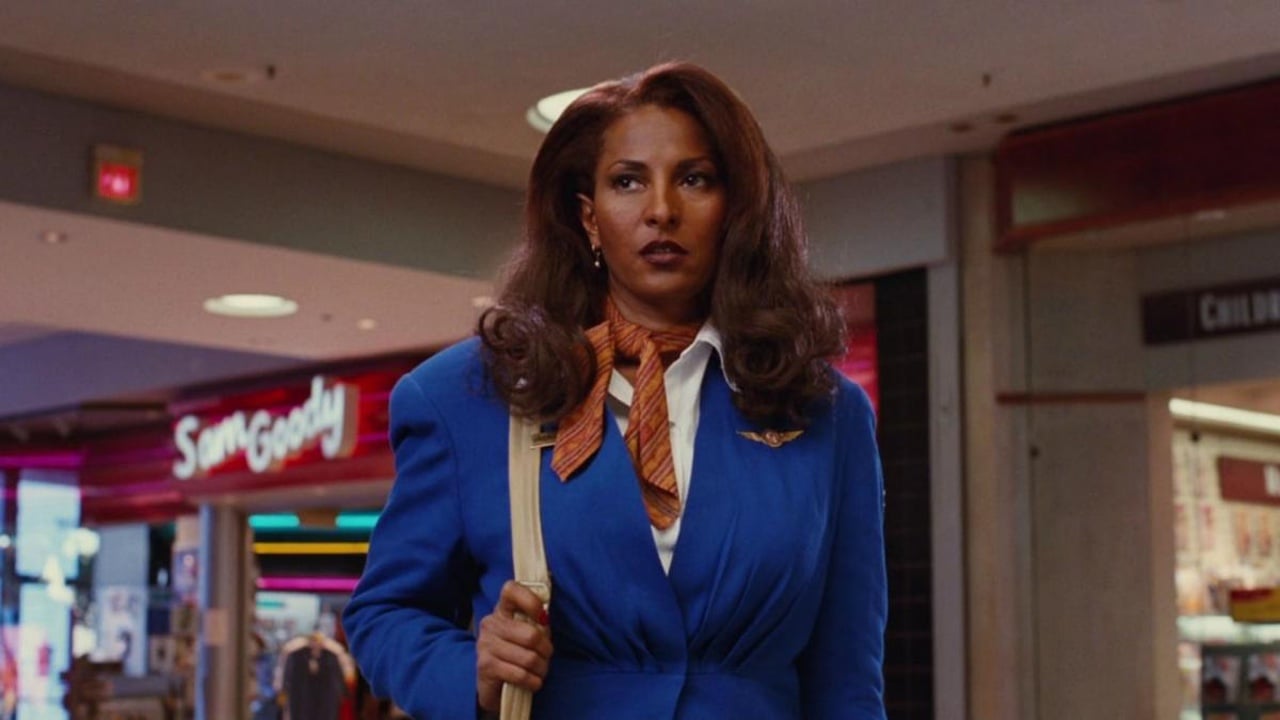 Quentin Tarantino’s most mature movie (so far) took critics & audiences by surprise. QT’s third film toned down most of the elements people had loved about his first two filmmaking efforts and gave us an unexpected reflection on middle age. Granted, the people doing the reflecting are criminals, but it was still quite a change of tempo. That’s why it usually takes a rewatch for Jackie Brown to really get its hooks on you.

You can currently stream Jackie Brown on Paramount+. 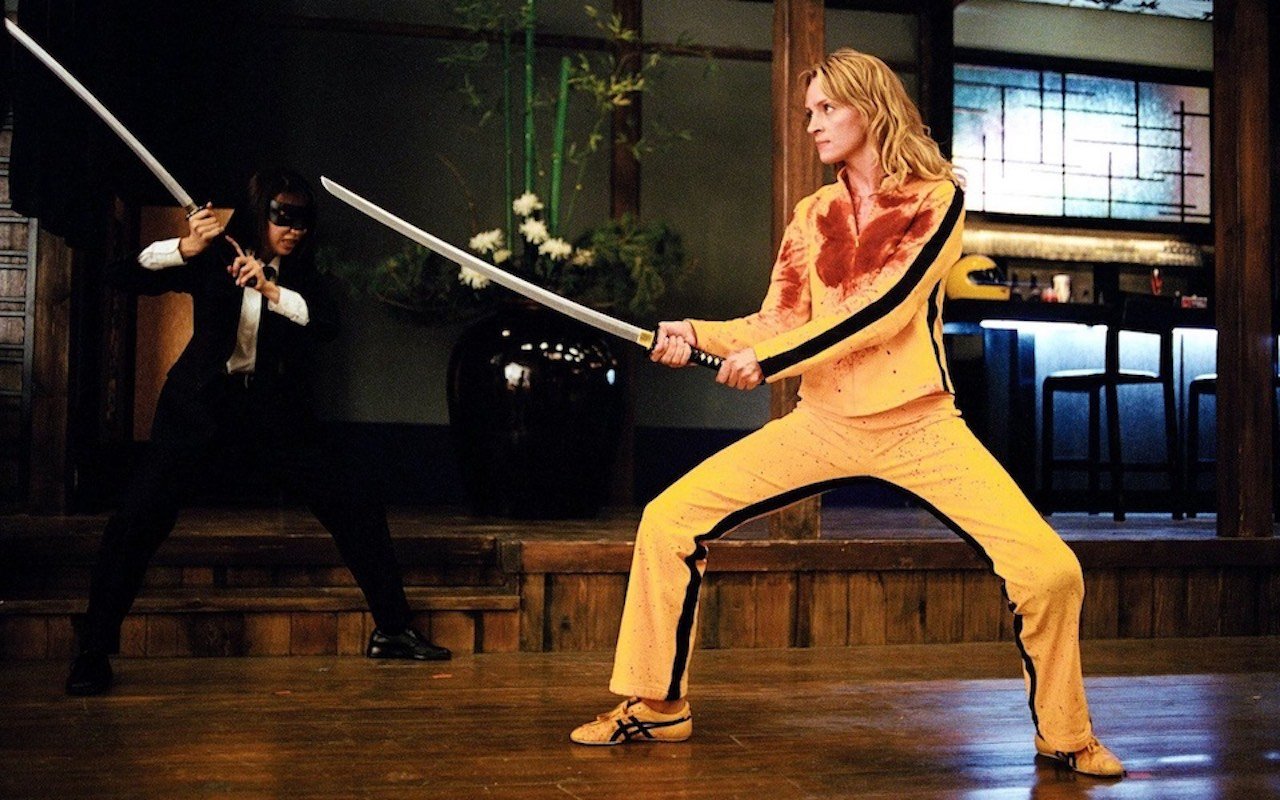 Yes, we are counting both volumes as one single movie because that’s what Tarantino originally intended – and that’s how you should watch this brutal revenge story: as an epic four-hour extravaganza. It’s almost as if QT looked at all the people who accused Jackie Brown of being too boring and went, “Okay, fine, here’s a crazy love letter to kung-fu flicks then. Are you happy?” The answer was a resounding “yes”.

You can currently stream Kill Bill (both volumes!) on HBO Max. 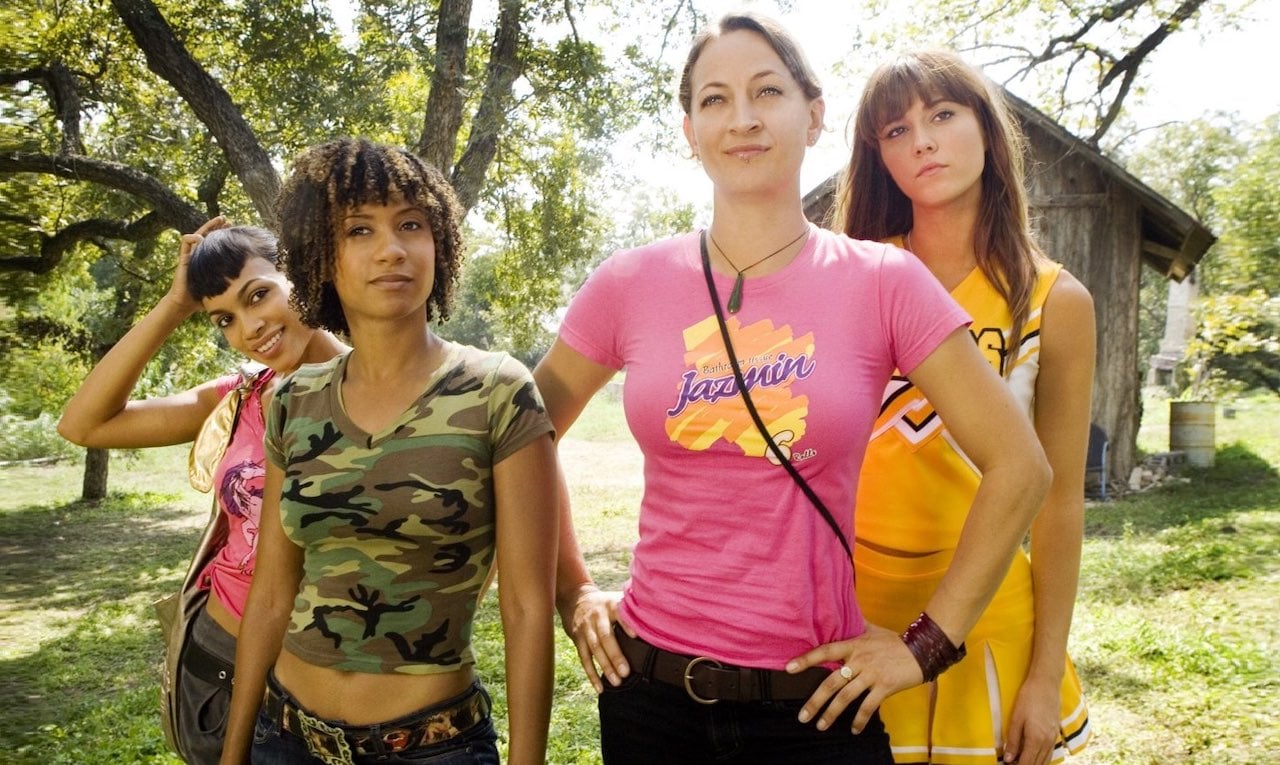 Once again, Quentin Tarantino zigged when we thought he was going to zag. His fifth movie was a homage to 1970’s exploitation films and was released as part of the Grindhouse double feature along with Robert Rodriguez’s Planet Terror. Death Proof is probably the closest QT has come to alienating many of his fans, doubling down on storytelling elements only hardcore Tarantino buffs were excited about.

You can currently stream Death Proof on Prime Video. 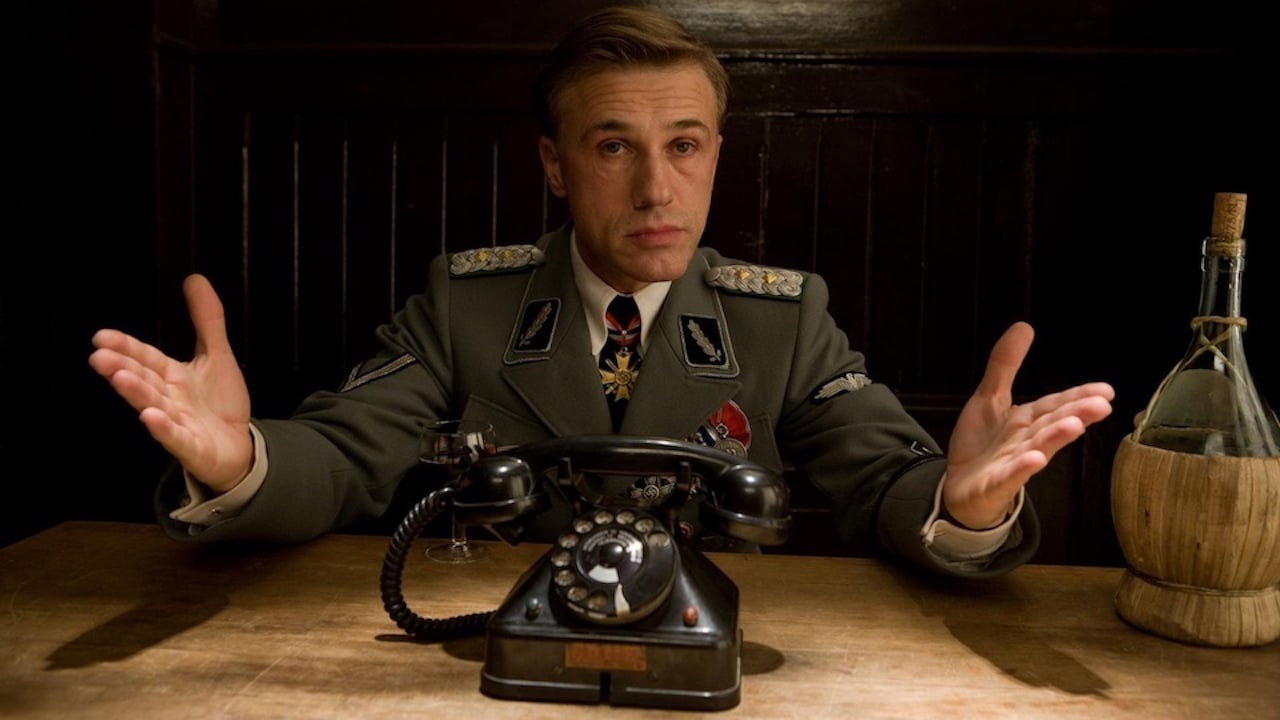 Tarantino followed up the divisive self-indulgence of Death Proof with a much more crowd-pleasing effort: a movie about hunting Nazis. Inglourious Basterds gave us an iconic bad guy for the ages in Hans Landa, and a Brad Pitt performance that would launch a thousand impressions. Oh, and a brilliant “Is Tarantino really doing this?” ending that blindsided audiences around the world.

Inglourious Basterds isn’t streaming for free anywhere at the moment, but it’s currently a $1.99 Redbox rental. 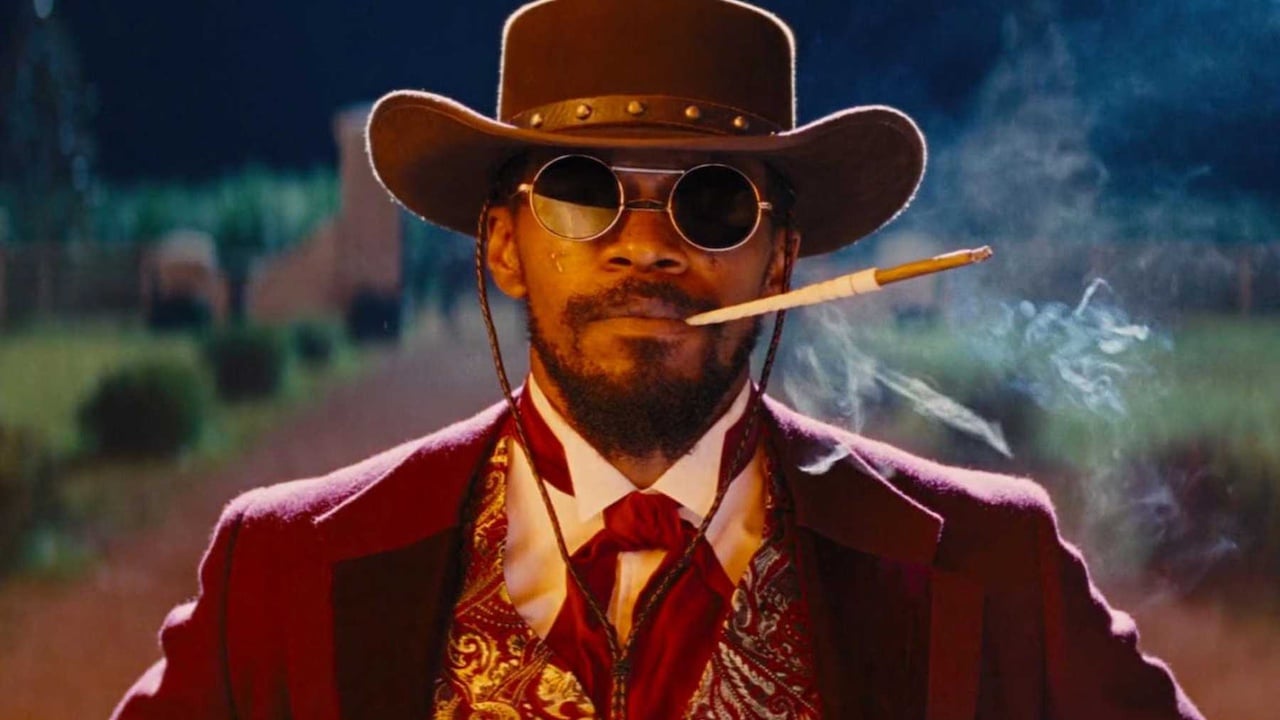 Having already tackled one of the commonly agreed evils of the world, Quentin Tarantino moved on to the next one on his list, going from fighting Nazis to fighting slavery. The righteous anger from Basterds is even stronger in Django, as Jamie Foxx & Christoph Waltz shoot their way through a nightmarish Antebellum South. And we get another memorable villain in Leo DiCaprio’s slave-owning Calvin Candie!

You can currently stream Django Unchained on Netflix.

A murder mystery from Quentin Tarantino? Yes, please! Once again, QT colored outside the box by releasing his eighth movie in two different formats: the standard theatrical version, and a “roadshow” 70mm cut that included an intermission because . . . why not? The gimmick gave Tarantino fans another excuse to rewatch the movie – and Tarantino detractors another reason to roll their eyes at him.

You can currently stream The Hateful Eight on Netflix. The platform also hosts a third version, the Extended Cut, which re-edits the film into a four-part miniseries. Again, why not? 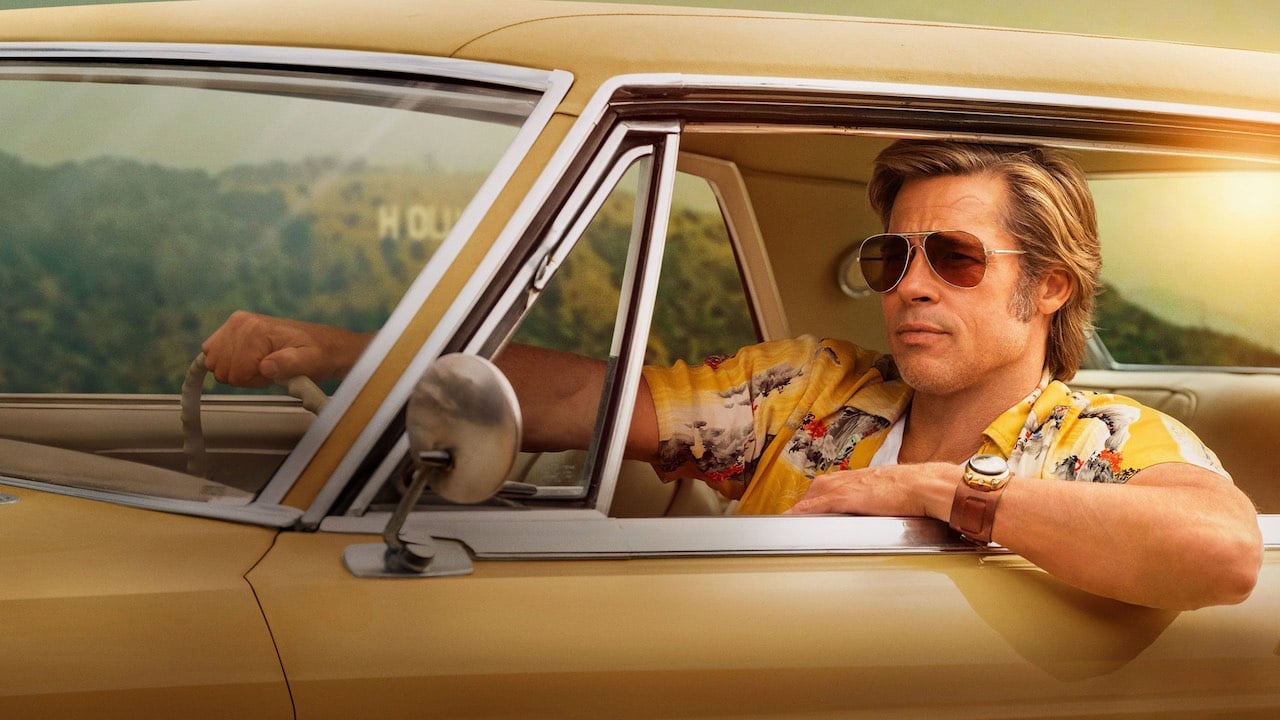 As usual with all movies directed by Quentin Tarantino, we thought we were getting one type of flick and then the filmmaker surprised us once we actually watched it. OUATIH was marketed as a film about the Manson murders but, while the Manson Family plays an integral role in the plot, the film is about much more. QT basically made a brutal love letter to the end of Hollywood’s golden age.

You can currently stream Once Upon a Time . . . in Hollywood on Starz.

What’s your favorite movie directed by Quentin Tarantino? Let us know in the comments! 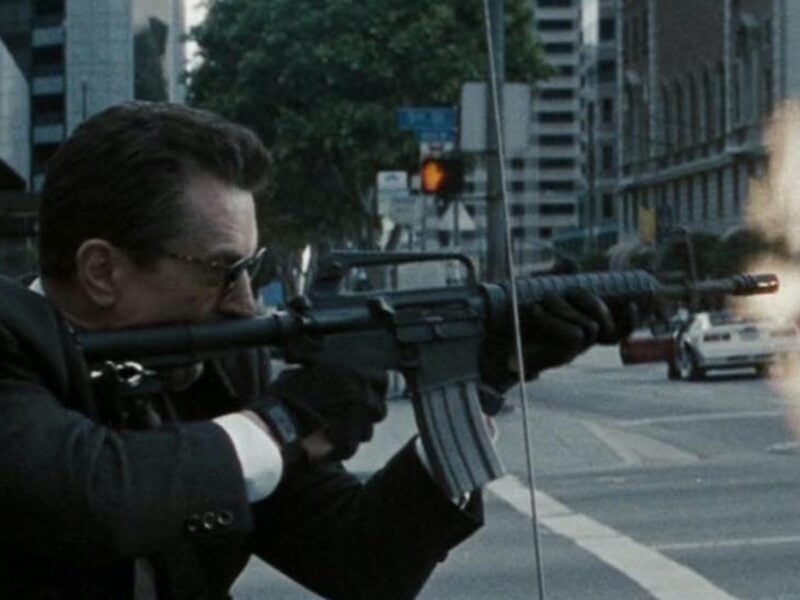