Dunkirk and The Hurt Locker are some of the biggest modern war movies. They give movie lovers sensory experiences. The arrival of a new version of the popular war movie, Journey’s End will soon hit the cinemas, so we sense the need to make a list of the top 5 war movies in the 21st century.

Over the years, the war film genre has been played out in many different forms, including of course, movie format – but also in the latest gaming titles. Games like Valves’ CSGO has become one of the most popular titles in the last 10 years and has even spawned its own sub-genre, including coinflip and CSGO crash games which players can play against each other or against the computer at some of the top CSGO gambling sites on the internet.

Journey’s End will hit the UK cinemas this week. It is the fifth in the series of adaptation of a 1928 stage play: R.C. Sherriff. The stage play captured the experience of British soldiers towards the end of WW1 in some trenches in northern France. 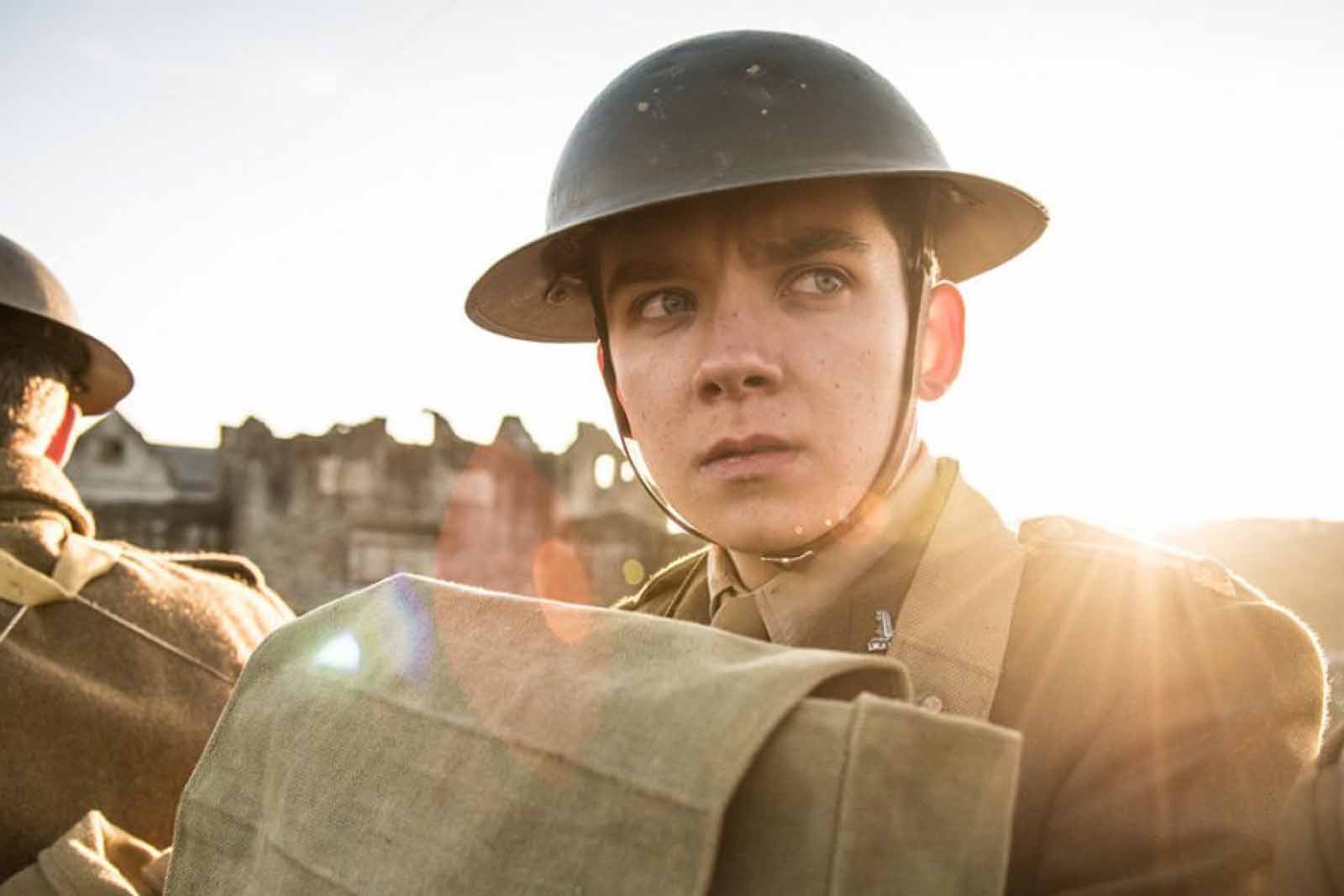 However, writer Simon Reade and director Saul Dibb make this adaptation unique by tweaking its grit, increasing the tension, and introducing some features that make it stand out from other adaptations.

In recent years, movie producers are gradually sliding towards the immersive while leaving the contemplative and reflective behind. Dunkirk, released last year, and Black Hawk Down, a 2001 movie, are proof of Hollywood deviation from portraying war movies as somber morality tales as they focus on giving their audience a unique experience of life on the frontlines. That promises nothing but sensory and memorable experience.

The video game industry has given credence to this approach to a reasonable degree. The Call of Duty series, from Activision, held sway in the last decade. Activision is a specialist in bringing wars to the forefront by rendering a highly interactive rendering of such wars, irrespective of whether they are real or imagined. The series cemented its status as one of the most lucrative series in the entertainment industry and history. 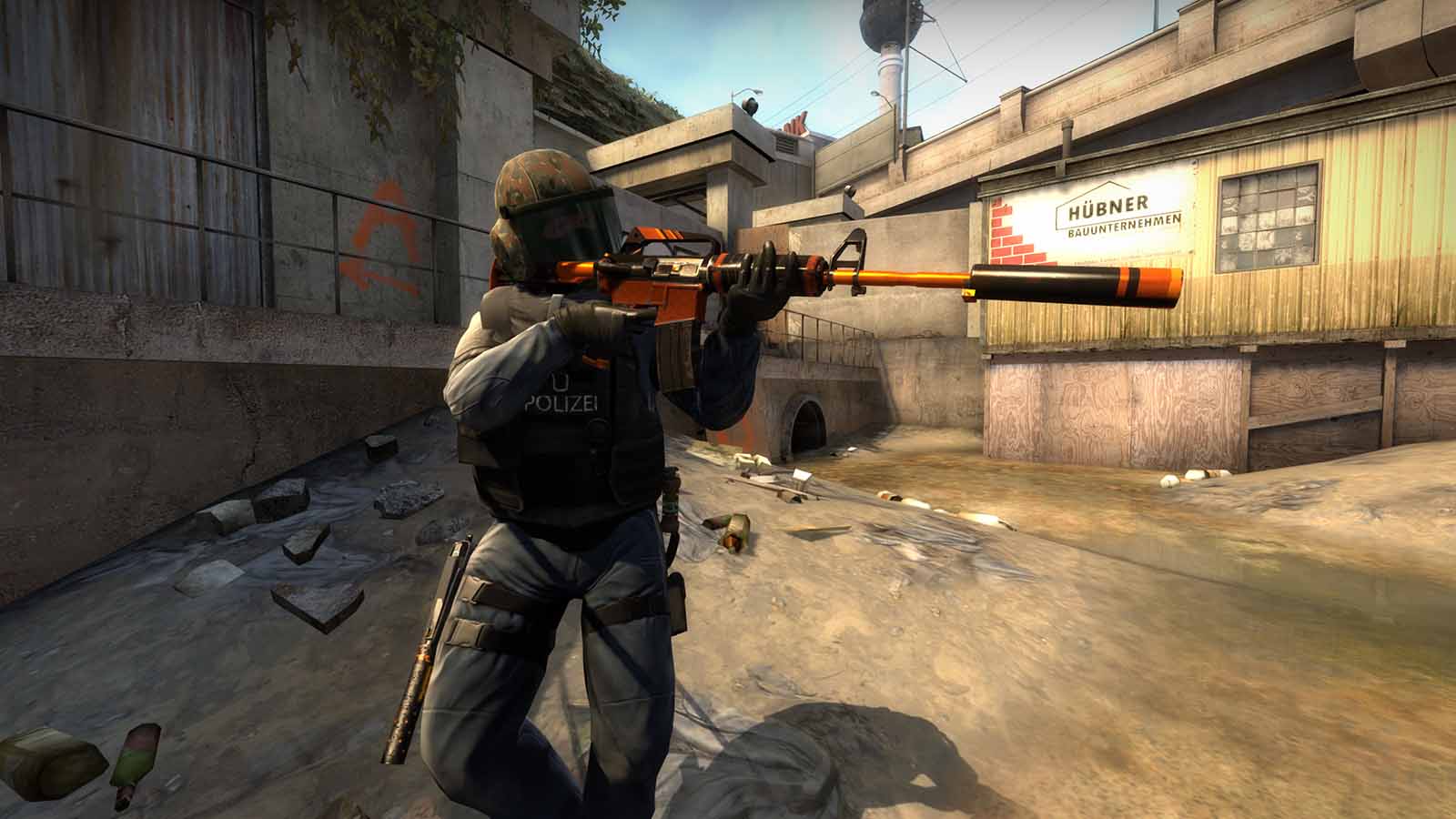 Two of the greatest wars in recent years, the wars in Iraq and Afghanistan have also been depicted in movies. Movies depicting contemporaneous conflicts have witnessed an unprecedented proliferation in the movie industry. The society is yet to get over the traumas and consequences of these wars.

The Hurt Locker, a 2008 movie by Kathryn Bigelow is one of the most successful war-turned movies. Deviating from the norm, the movie attempts to make sense of the war by getting into the head of individuals who witness the war.

This is a list of 5 recent war films that boost confidence in the future of the genre that hopes to make sense of our past. 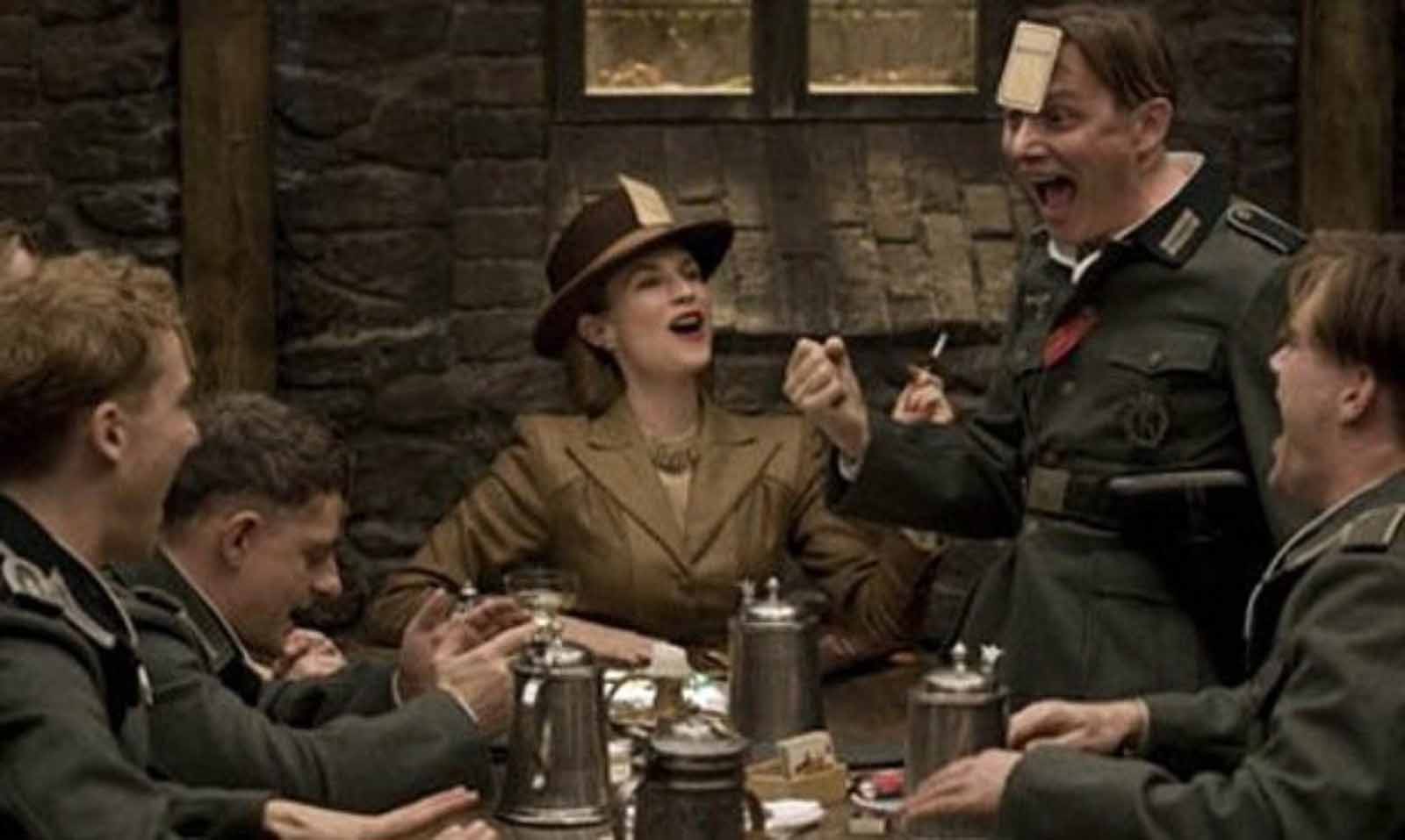 This 2009 movie was directed by Quentin Tarantino. Inglourious Basterds depicts the Third Reich this side of Ilsa: She Wolf of the SS. The 1975 film is proof of the movie creator’s belief in the power of film to have a positive impact on the world.

Ordinarily, it seems like the director is giving its childish impulses the power to influence his movies. Brad Pitt played the role of a hillbilly lieutenant, a leader of Jewish-American soldiers leading his army in through some parts of France occupied by Nazi. 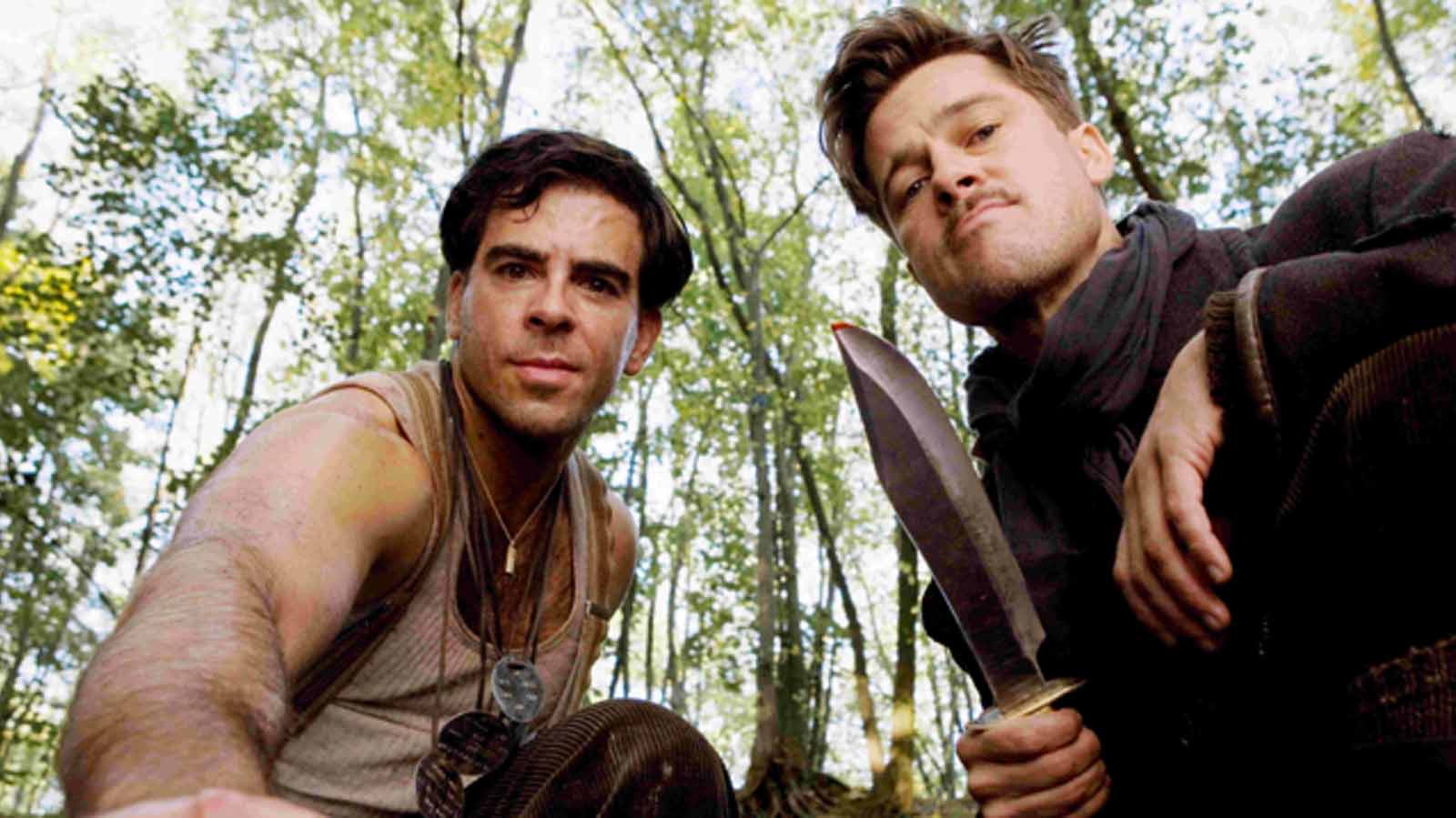 The movie is a deviation from the stereotyped navel-gazing movie many expected. On the other hand, the movie shows Tarantino displaying his flair for crafting dialogue-driven and darkly comic, and unbearably tense set pieces, his greatest strength.

While you may be awed with the director’s creativity and Brad’s role, the filmmaker pulled a surprise with Christoph Waltz. Playing the role of Hans Landa, a charming SS colonel, the above 50 years old Austrian TV actor was catapulted from obscurity to Oscar-winning glory. Over the years, he has carved a niche for himself as the preferred European villain in Hollywood. 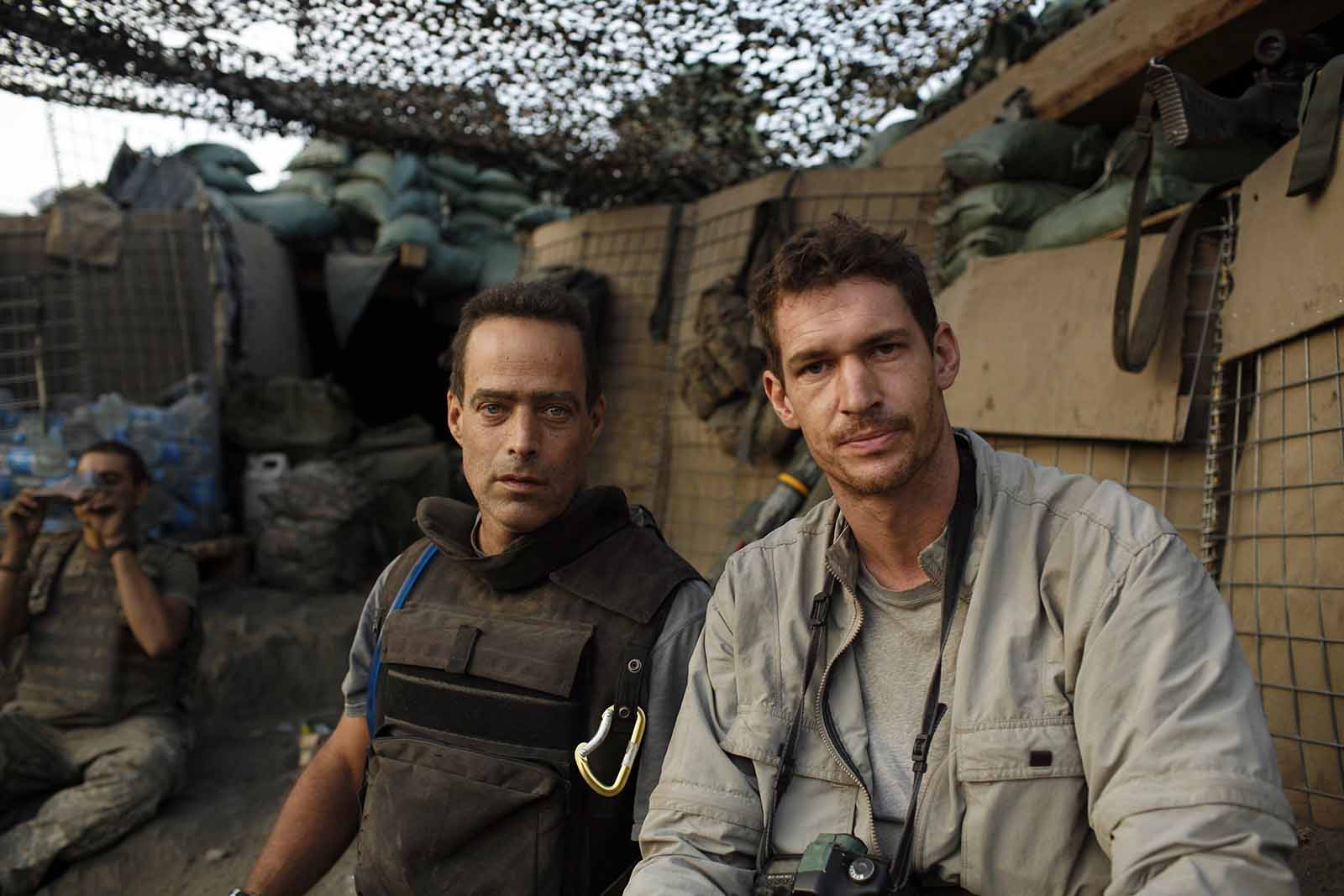 Restrepo is a 2010 movie directed by the duo of Sebastian Junger and Tim Hetherington.

2010 saw the commissioning of veteran British Journalist, Tim Hetherington, and Sebastian Junger, an American journalist and author, by Vanity Fair with a mission: profile a platoon of Afghanistan-based US soldiers. The army was stationed in Korengal Valley, Afghanistan’s most dangerous spot at the time. 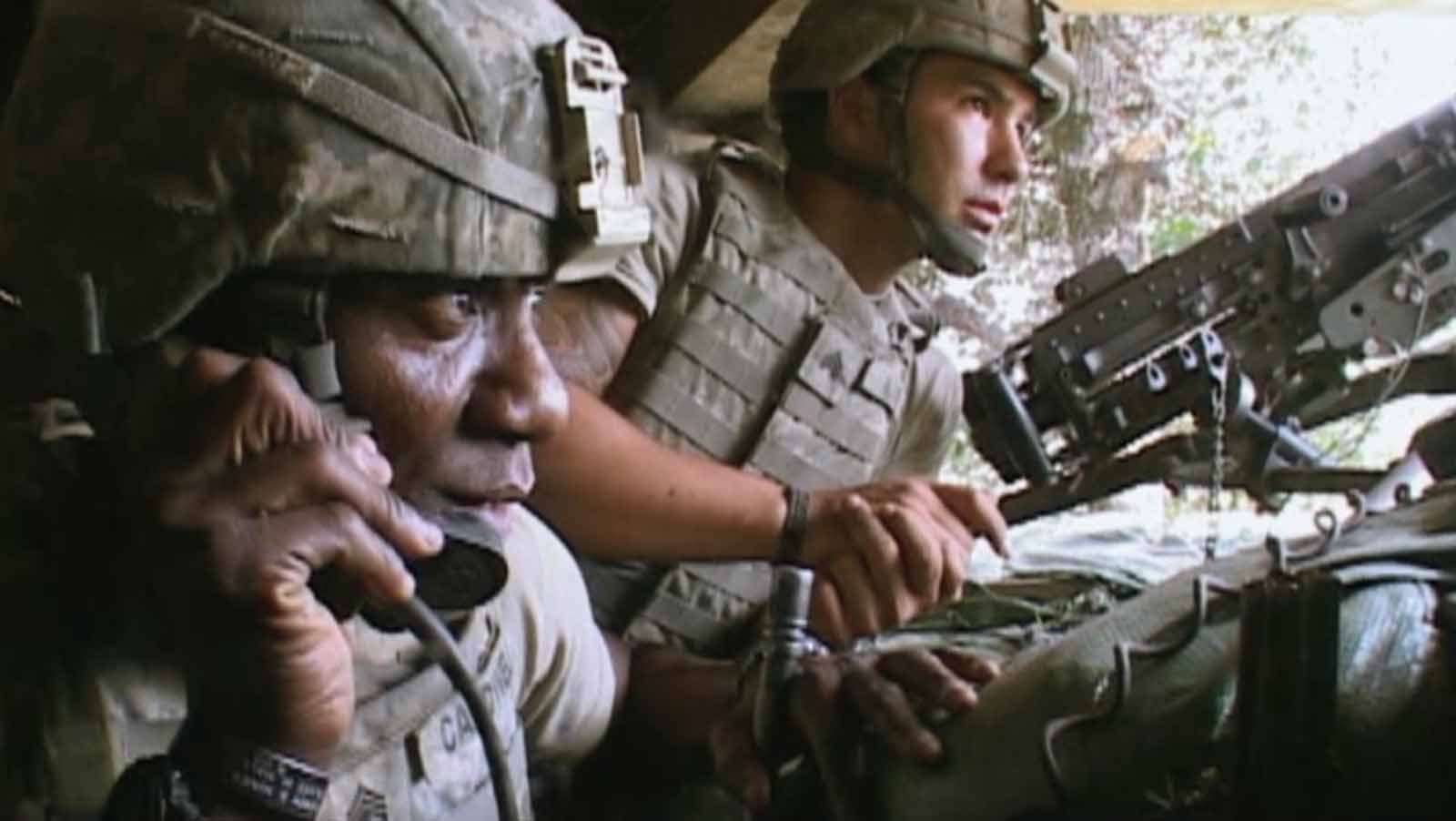 During a troublesome experience in Afghanistan, marked by exposure to fire by enemy gunfire and a lack of potable water, the pair seized the opportunity to dabble into filmmaking. For their debut filmmaking career, they made 10 trips to the dangerous valley and shot some 150 hours of footage over 10 trips within a year.

They condensed their experience into a 93-minute movie showing boredom, excitement, and modern warfare in its real sense. The movie also shows the other side of war: the lingering trauma and abject terror eye witnesses are exposed to. Sadly, Hetherington died tragically in a mortal attack in April 2011 during another assignment in Libya during the Libyan civil war. 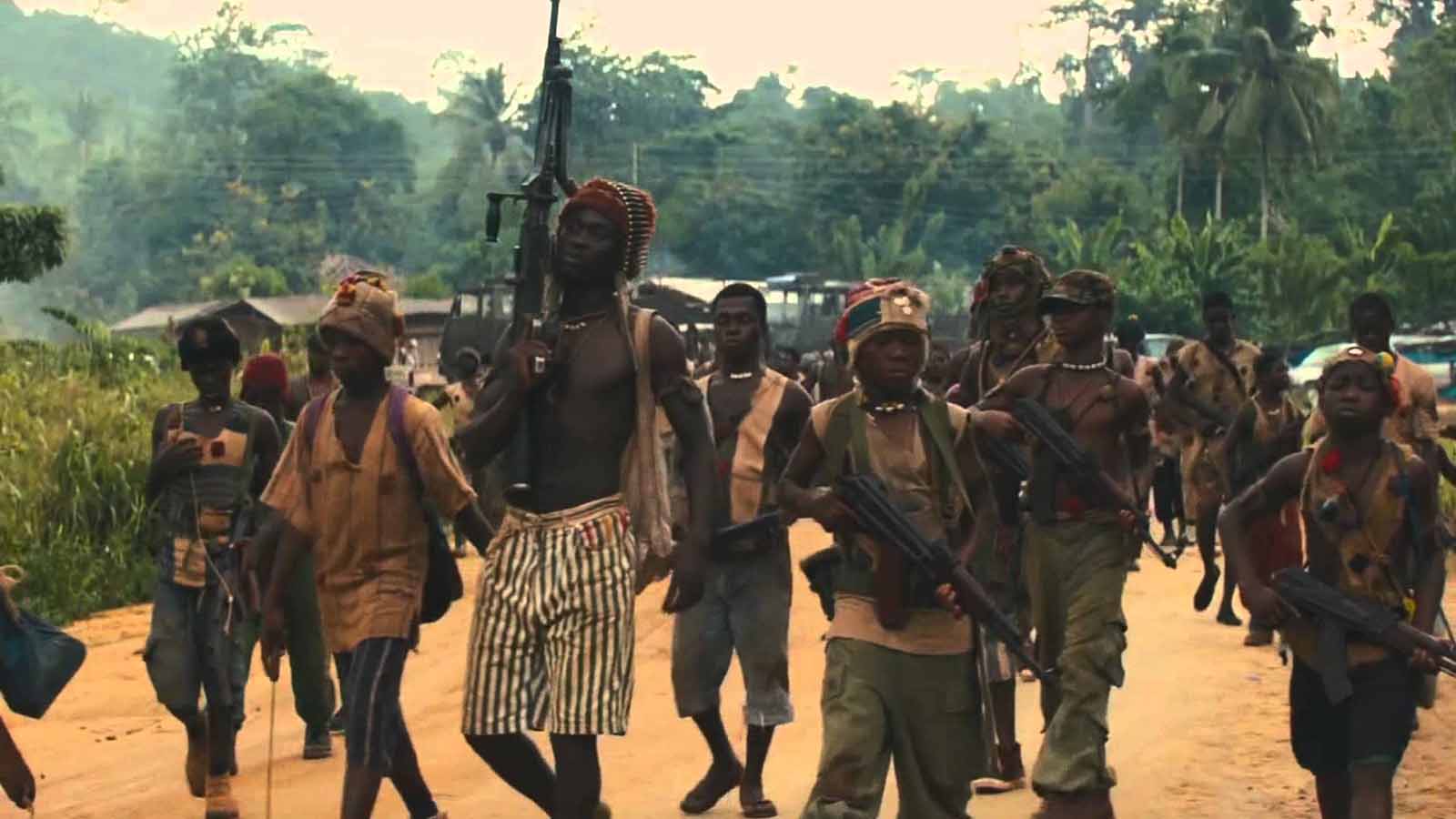 In 2015, Beasts of No Nation was released. The war-themed movie was directed by Cary Funkunaga. This movie depicts impoverished and war-torn African nations passion for patronizing clichés.

By default, foreign makers are accustomed to combining working-class resilience and hardship in their movies. This movie strikes a balance by portraying the vibrancy that is the trademark of West Africans without tagging the civilian characters as pious victims.

You will be attracted to this movie that starts with the story of a 12-year-old Agu, played by Abraham Attah. Before he becomes a protégé of the Commandant, a charismatic and dangerous warlord played by Idris Elba, Agu lost his family in a very traumatic manner.

Fukunaga, mirroring the world, shows an amazing optimism under the bleakest circumstances portrayed in the movie, without succumbing to the pressure to use crass manipulation as a way out of problems. 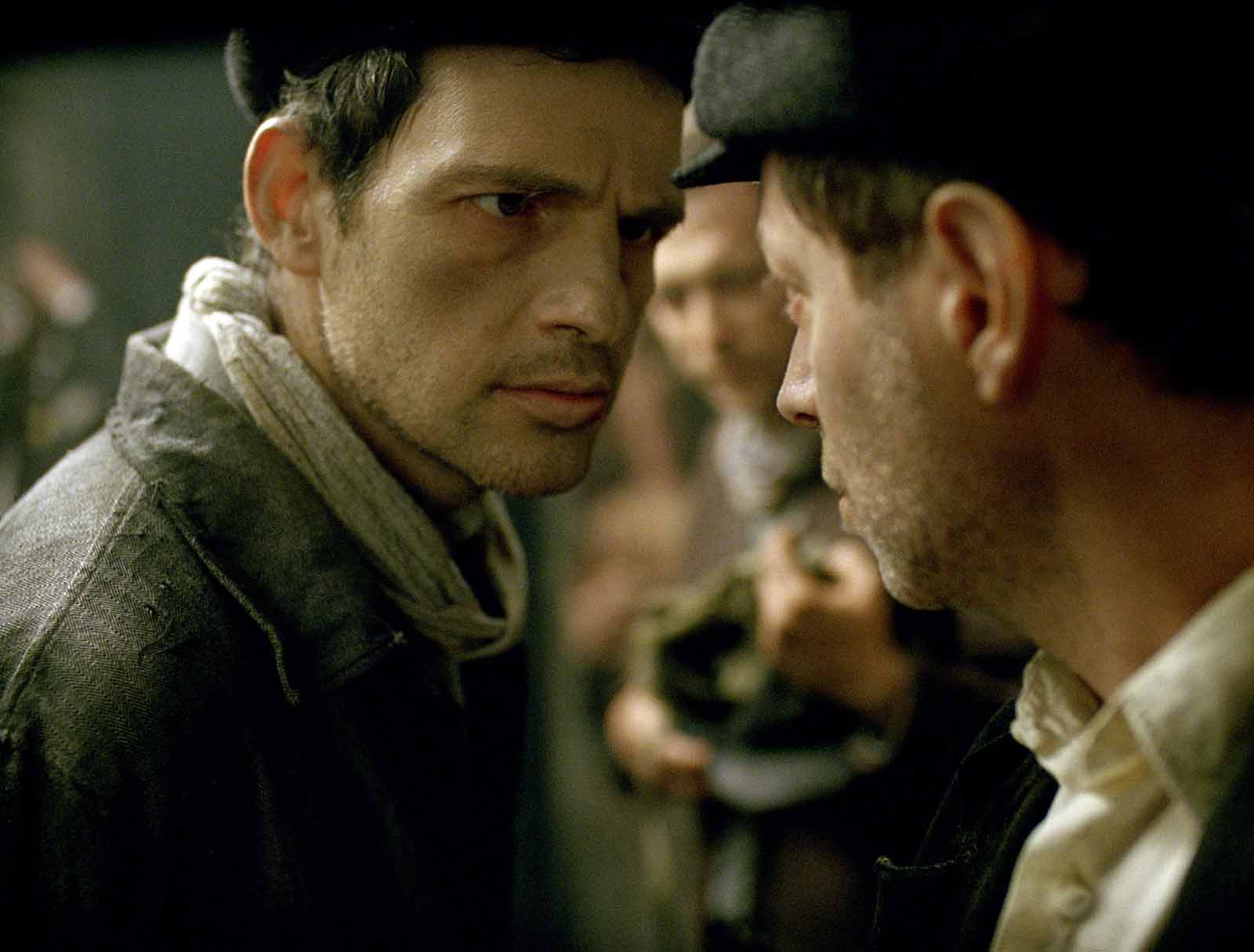 Director Laszlo Nemes directed Son of Saul in 2015. He dared to sing where other filmmakers cringe.

While many filmmakers have made failed attempts to deal with the Holocaust, most of them have failed miserably at depicting the inhumane treatment in the Nazi concentration camps.

In contrast, Laszlo Nemes dared to show the world what took place in the Auschwitz gas chamber. The movie depicts the life of titular Saul, played by Geza Rohrig. He is Sonderkommandos member, made up of Jewish prisoners who, against their will and a threat of death, run the camps. The movie’s opening sequence is nightmarish. Using the claustrophobic 4:3 ratio for the filming, the movie shows the unimaginable atrocities in the gas chamber with some bone-chilling sounds evoking painful memories of the gas chamber. 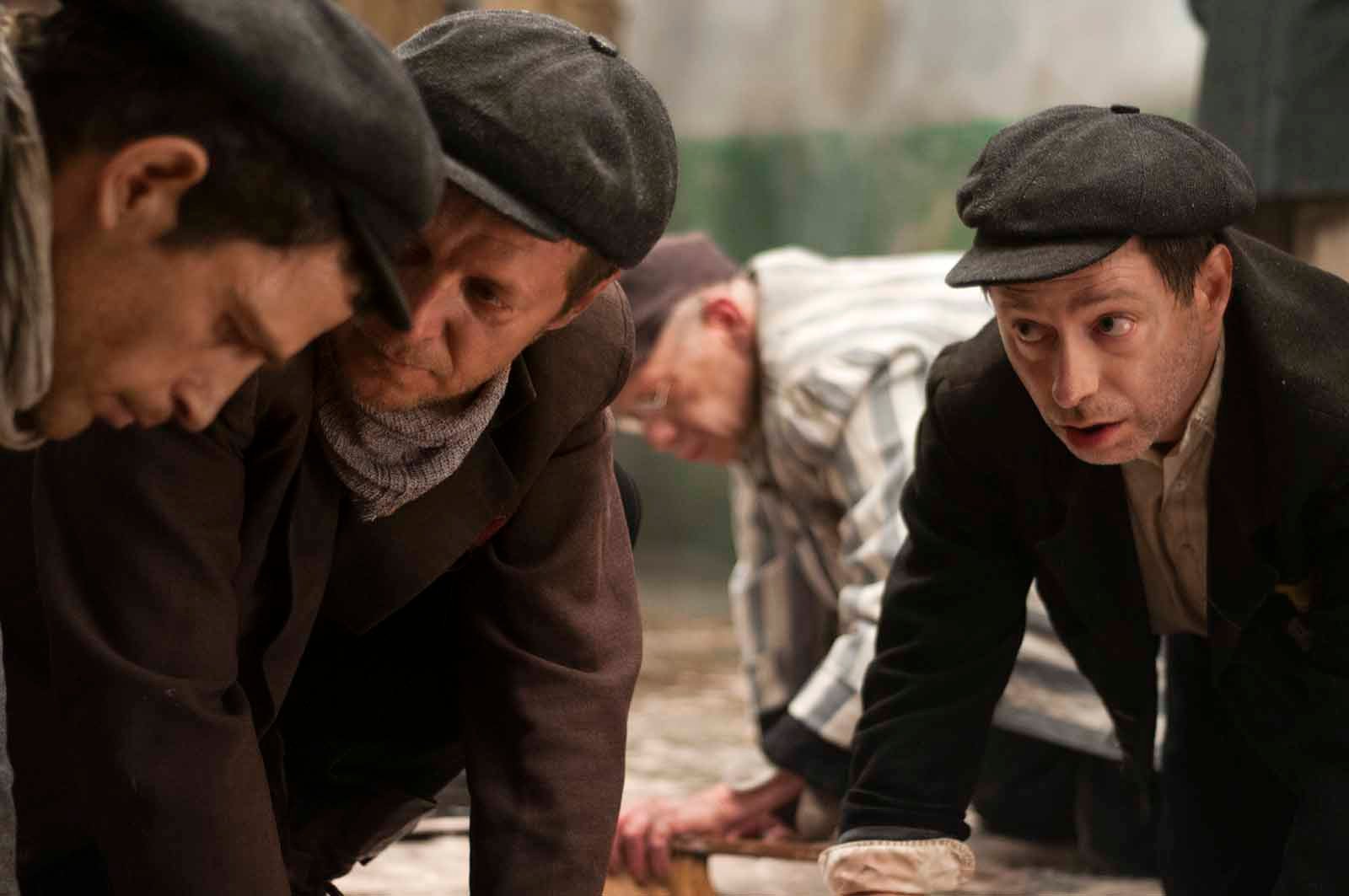 Saul made a frantic effort to arrange a proper burial for a young boy, an attempt to show what remains of humanity. After surviving gassing, the unfortunate boy died by suffocation in the hands of a physician.

The director refuses to portray his protagonist’s boldness in an unrealistic or idealized fashion, Nemes gives the world nothing but arguably the best rendition of the darkest chapter in modern history.

You can watch this captivating movie on BFI player online. 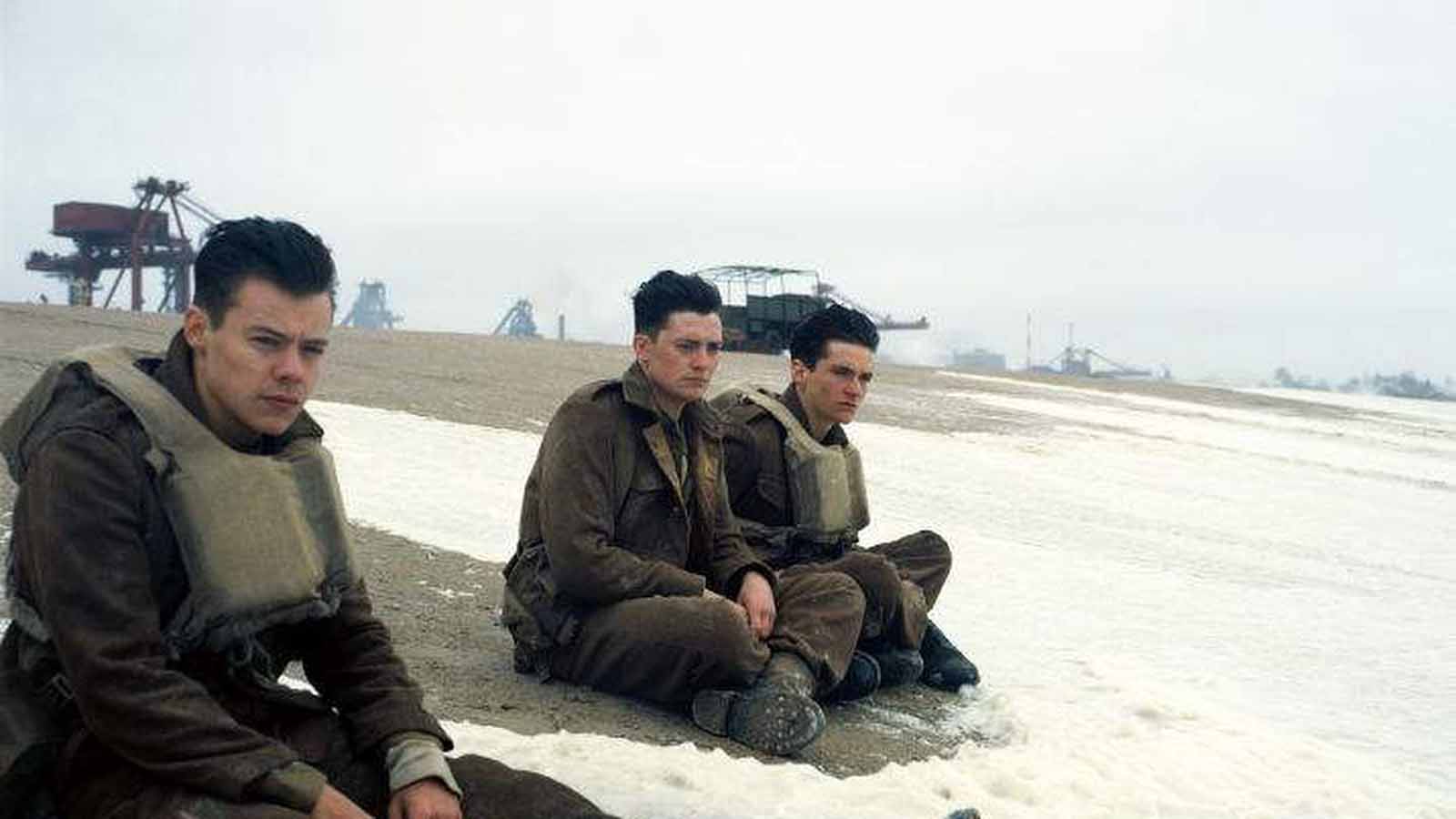 In 2017, Dunkirk also came on board as one of the best modern-day war movies. It was directed by Christopher Nolan.

In the movie, Dunkirk evacuation was reenacted. This classic reenactment currently tops the list of the highest-grossing World War film in history. Christopher Nolan, through this move, shows the world why he is the leading auteur in the movie industry in the early 21st century. The movie is full of jaw-dropping action scenes and amazing acting that make it a war movie of reckoning among its contemporaries. 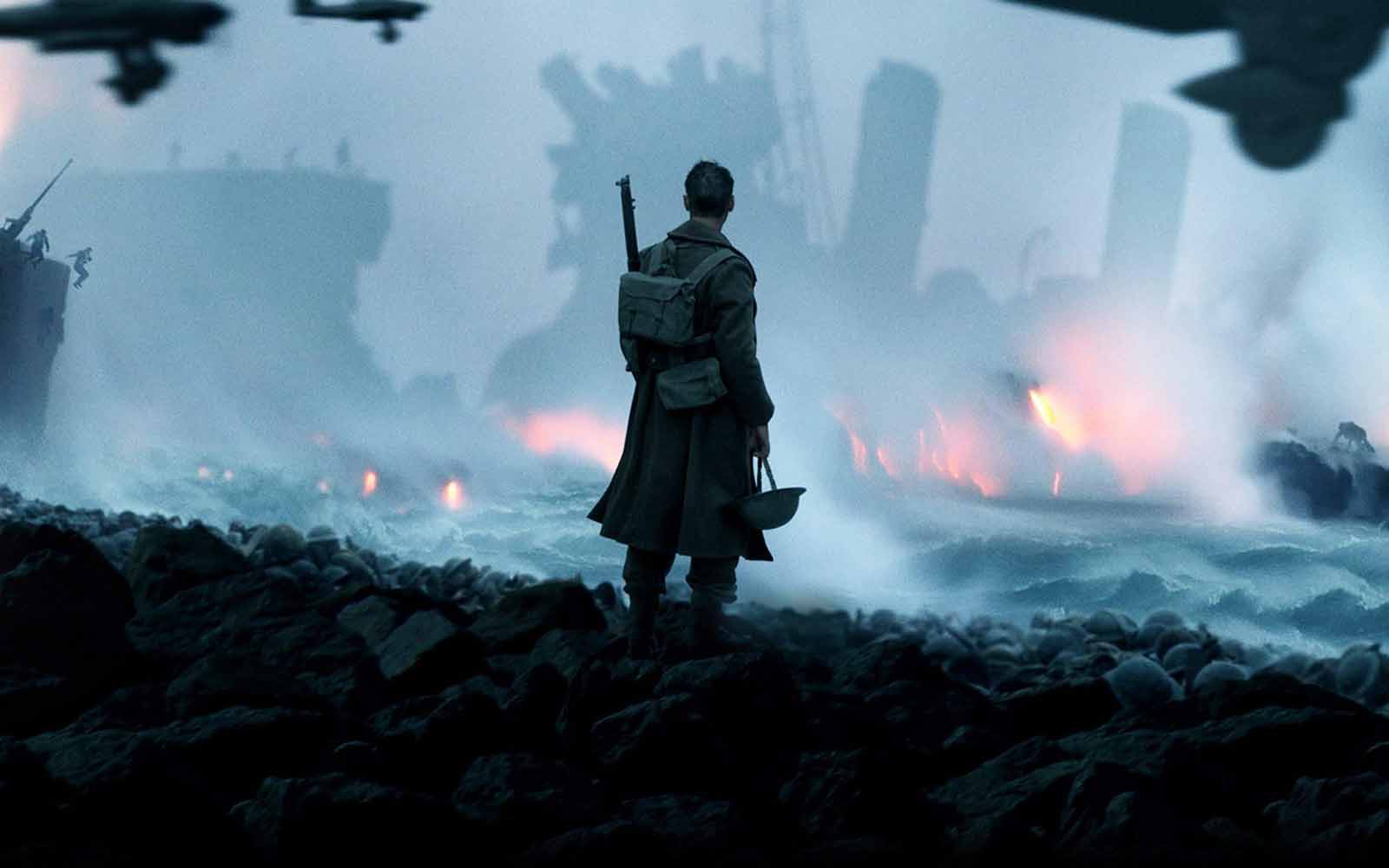 Although he’s known for his penchant for unimaginative dialogue, Christopher Nolan makes up for the few words used in the movie with explosions and other filmmaking elements that make the movie thick.

Dunkirk was shot with cutting edge technologies such as IMAX and 65mm cameras, a factor that contributes significantly to its success. The movie is still a delight, even if you watch it on a small screen, thanks to Nolan’s professionalism and amazing shooting technologies. 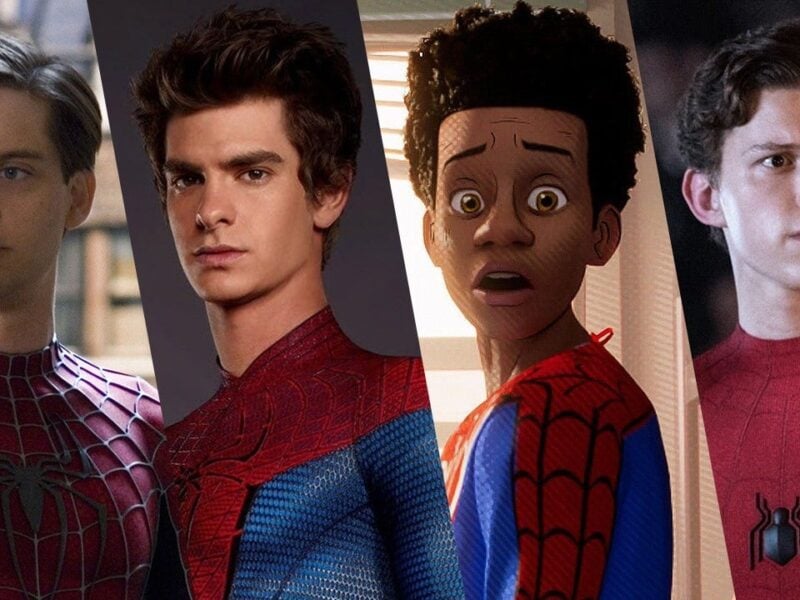 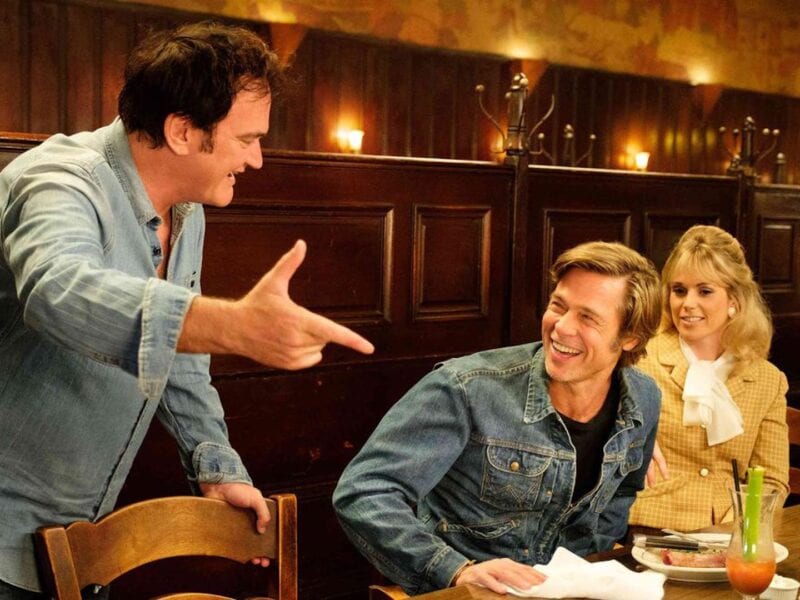 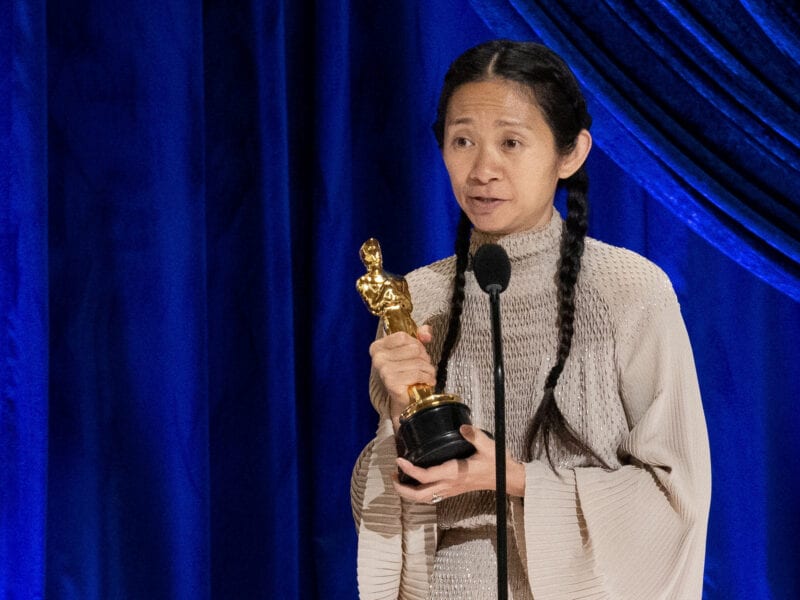