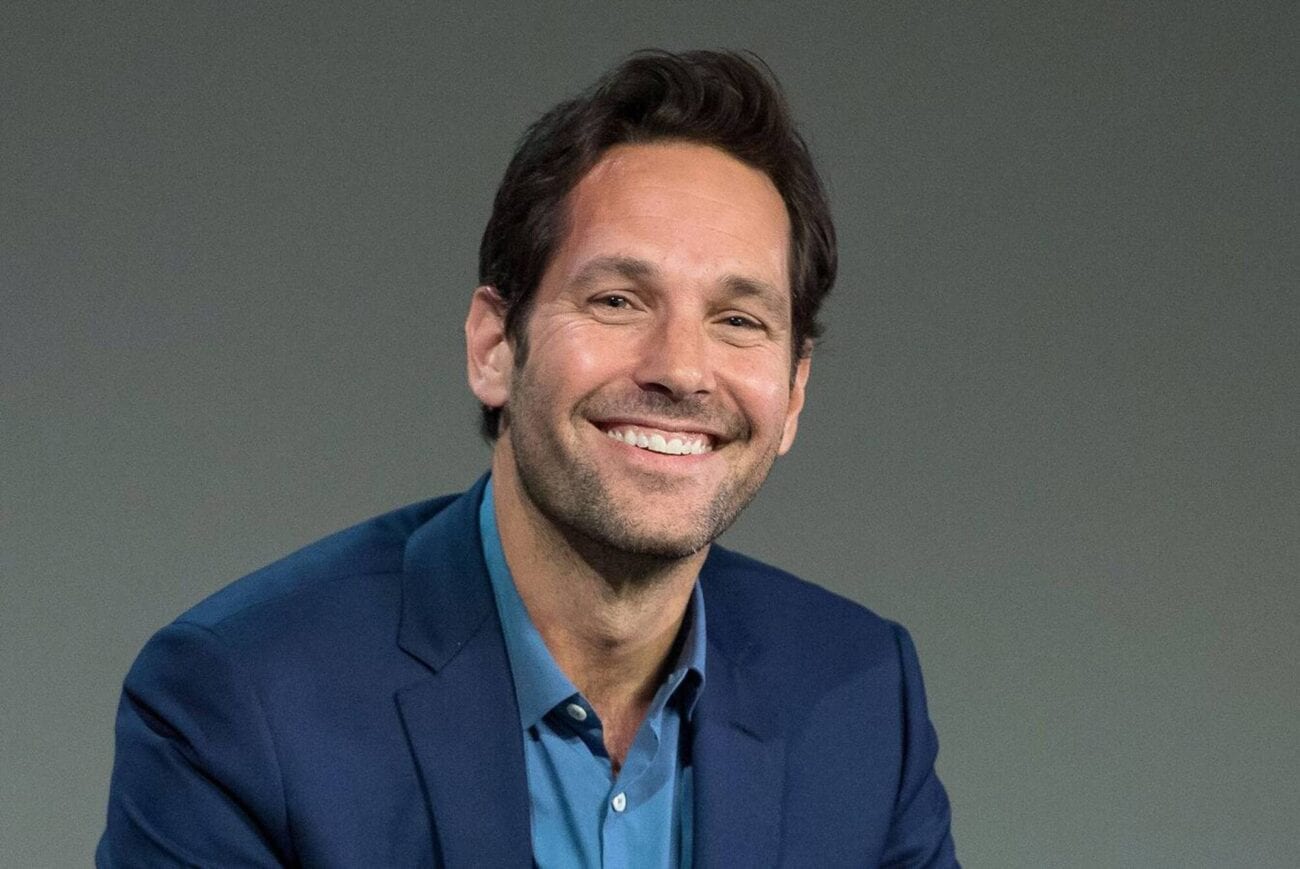 It’s Paul Rudd’s birthday! Yes, the ageless actor actually has a birthday, and no, he wasn’t born in a leap year. As much as Paul Rudd may look thirty-something, he actually turned fifty-two years old!

We’ve seen Paul Rudd in all our favorite 90s TV shows & movies like Friends, Sisters, and Overnight Delivery. But did you know that Paul Rudd looks exactly the same in each one of his movies? Talk about range, this actor can act as your prince charming and a thief without any wrinkles!

Thanks to all the jokes about Paul Rudd drinking from the fountain of youth (and not sharing), we’re taking a moment to check out all his best Hollywood movies from Marvel blockbusters to adorable romantic comedies, here’s the list.

MCU’s Ant-Man isn’t just about a superhero who can shrink with superhuman strength, he’s actually the reason the Avengers could travel back in time and defeat the mighty Thanos! But before he was introduced to Iron Man and the rest of the Avengers, he became Ant-Man!

Directed by Peyton Reed, the release of Ant-Man in 2015 showcased Paul Rudd’s innocent, yet hilarious, sense of humor as a thief named Scott Lang who must defeat a heist and save Henry Pym’s (Michael Douglas) technology before they end up in the wrong hands.

We don’t need a time machine to remember this iconic film – Clueless starring Alicia Silverstone as the rich & clueless Cher Horowitz, is struggling to navigate her adolescence & love, until she realizes that her former step-brother Josh aka Paul Rudd was right beside her all along.

Not only is this a 90s classic by Amy Heckering, but artists like Iggy Azalea & Charlie XCX have recreated moments from the film to share our nostalgia. And lets not forget that the actors have even reunited and of course, looking like time hasn’t passed them by . . . “as if!”

The adaptation of the French film “Le Dîner de Cons” (Dinner for Idiots) into the Hollywood comedy Dinner for Schmucks starring our favorite The Office actor Steve Carell & Paul Rudd.

Directed by Jay Roach, Tim (Rudd) is ready for a big promotion, but his boss holds a monthly dinner just to make fun of their employees. To get all the attention off of him, he decides to bring Barry (Carell) to a dinner no one will ever forget!

Anchorman: The Legend of Ron Burgundy

Produced by Judd Apatow, the comedy focuses on 1970s news and how hilarious news back then really was. Check it out!

I Love You, Man

One of Paul Rudd’s infectious movies is his 2009 film I Love You, Man. Directed by John Hamburg, “young” Rudd stars as a loner who just hopes to find his next best friend, well . . . his best man.

We love a good Reece Witherspoon romance, but wait until you watch Paul Rudd starring alongside the Just Like Heaven actress. Overnight Delivery (1998) directed by Jason Bloom, follows a college student (Rudd) who’s convinced that his long-distance relationship is over. In order to figure out what’s going on, he decides to drive straight to his long lost love with stripper Ivy (Reese Witherspoon).

Talk about a selection of timeless Paul Rudd movies. Which film is your favorite? Let us know in the comments below.