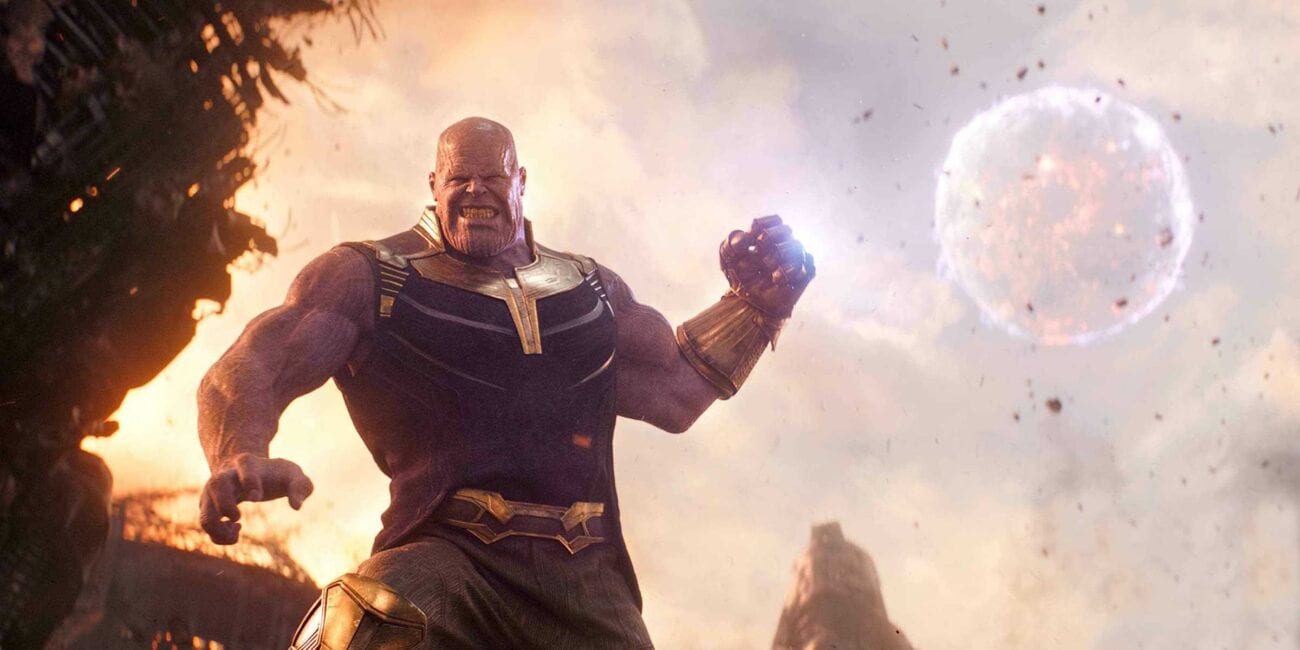 Thanos is the most powerful Marvel character: These memes say it all

The epic conclusion to the Marvel Cinematic Universe’s Infinity saga, Avengers: Endgame, has come and gone. But memorably powerful villain Thanos will stick with us for years to come.

These memes we’ve scoured the universe for will hopefully remind you of the sinking feeling Thanos’s iconic snap gave you when it first happened back in 2018. Strap in and enjoy these memes. 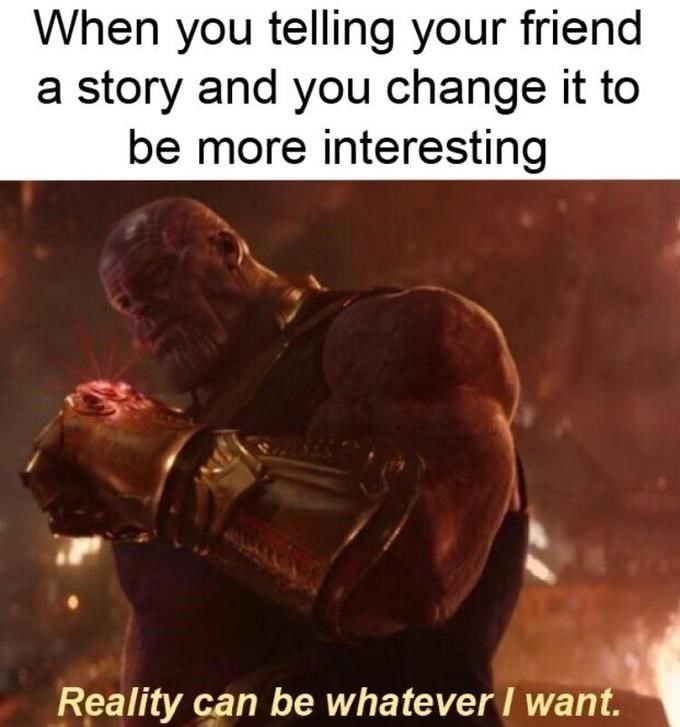 We’ve all done this, right?

Stretching the truth just a tiny bit for a story isn’t that wrong. Just make sure you don’t get called out on it. 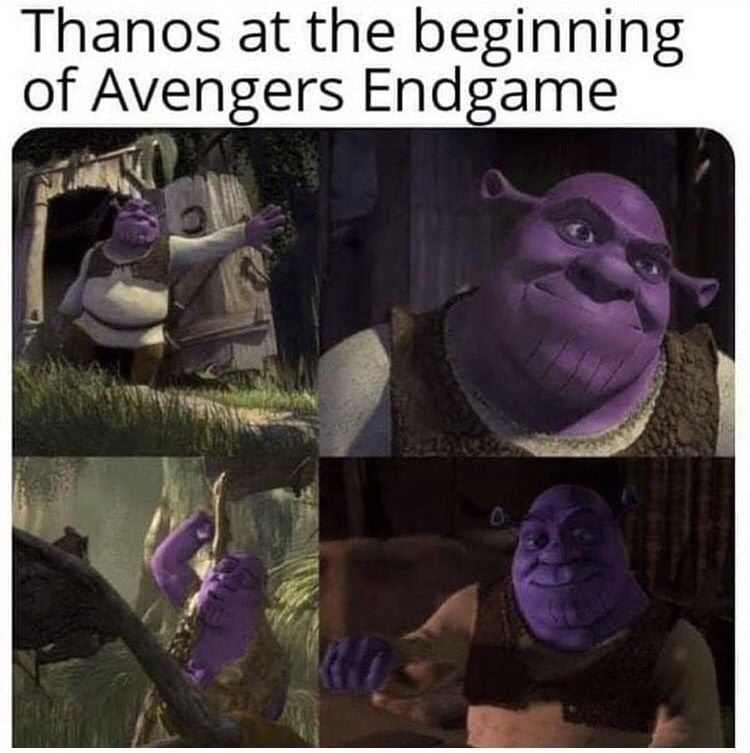 Even an evil grape alien needs some downtime

Seeing this side of Thanos, Earth’s mightiest foe, was oddly terrifying. The mad titan himself needs to eat – who knew? 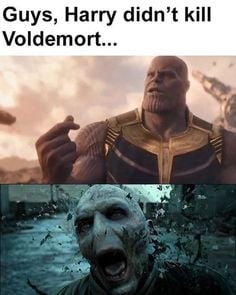 Thanos is so powerful his snap can even transcend studios! No wonder he was the first foe to defeat the Avengers. 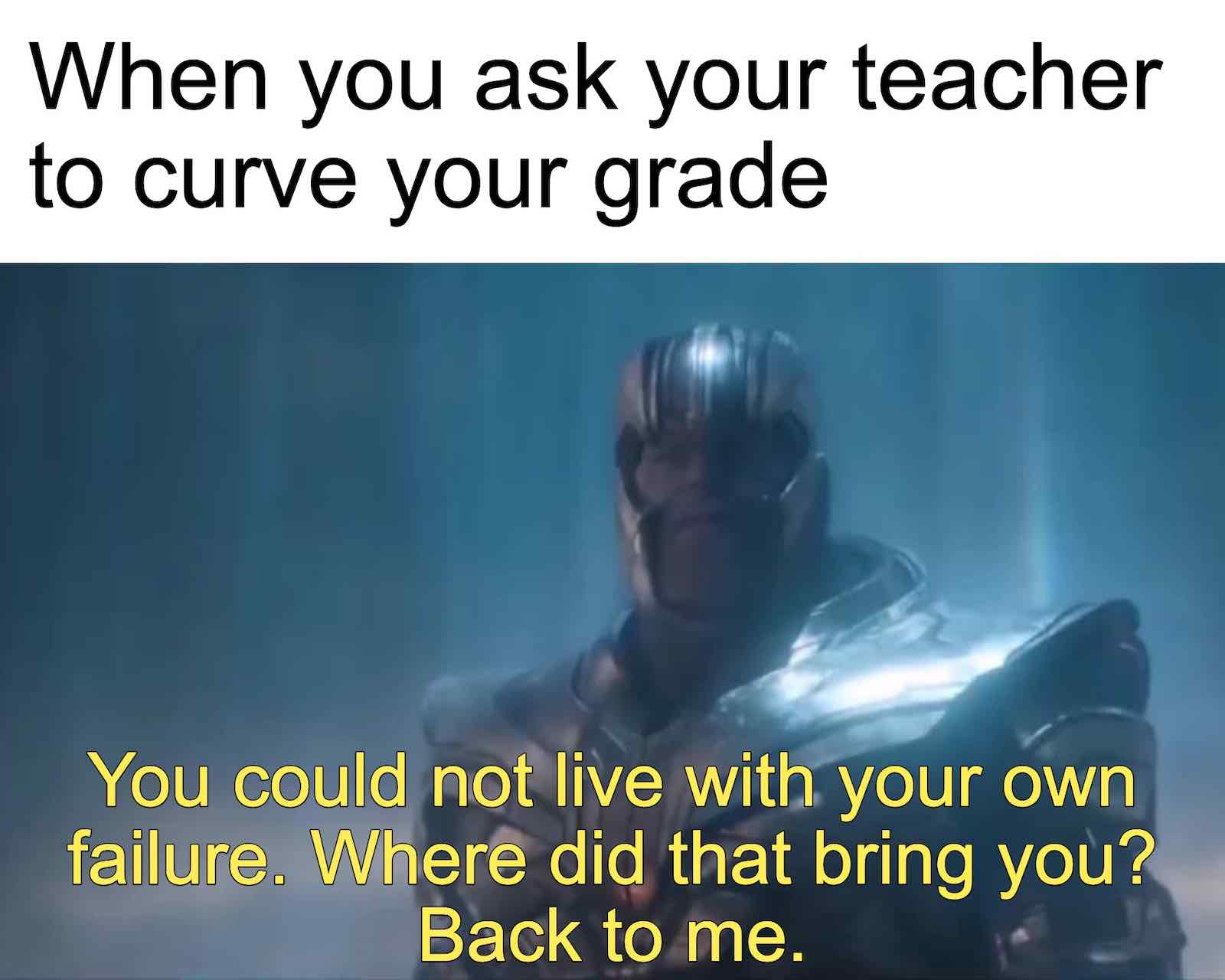 Admitting defeat is no easy task. However, returning to the person who defeated you is even harder. 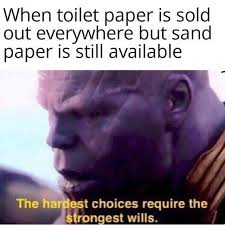 There are much better options

Yikes! Maybe look into a few different choices before settling with sandpaper. 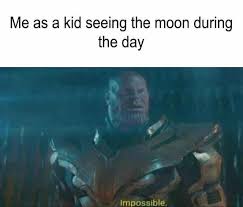 This was mind-blowing as a kid

Seeing the moon and the sun at the same time!? Impossible. 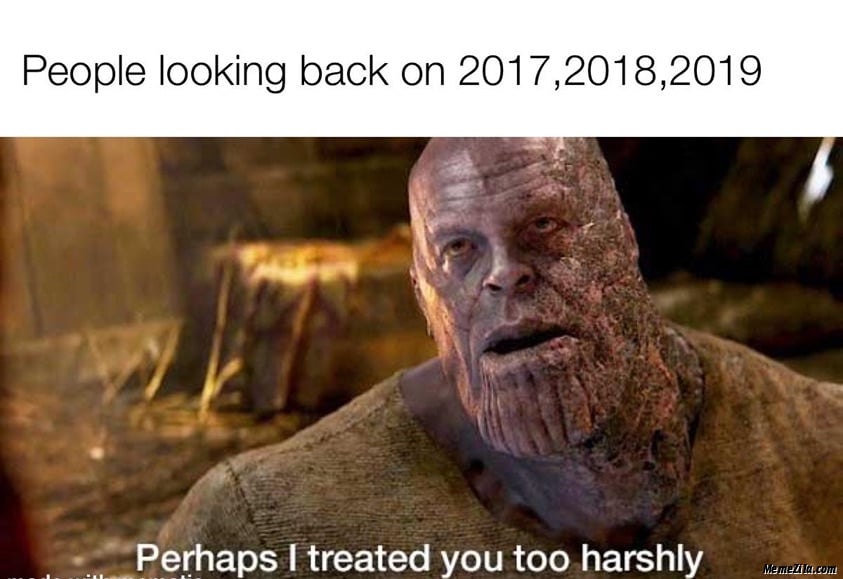 Anything is better than 2020 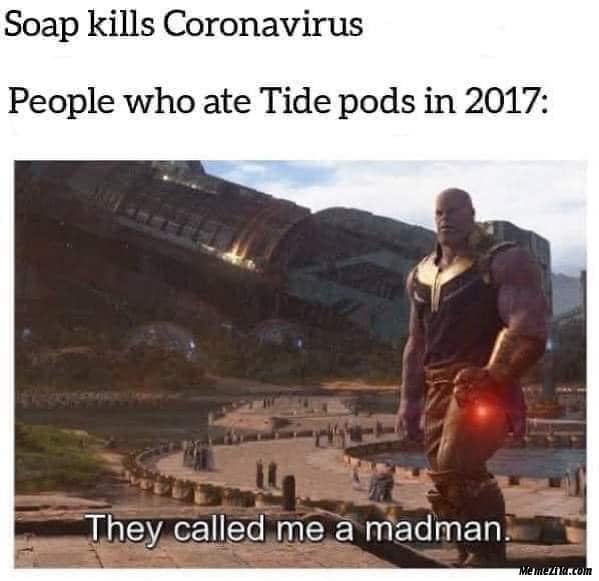 GenZ found the cure to COVID-19 years ago. Step up your game, scientists. 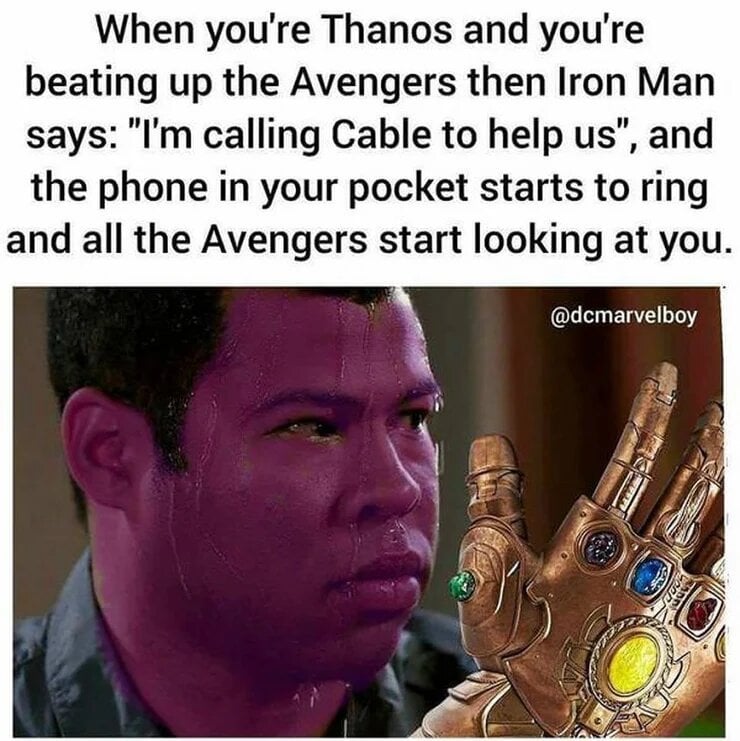 What is this, a crossover?

Hang on, did Josh Brolin (who played both Thanos & Cable) switch teams on us? 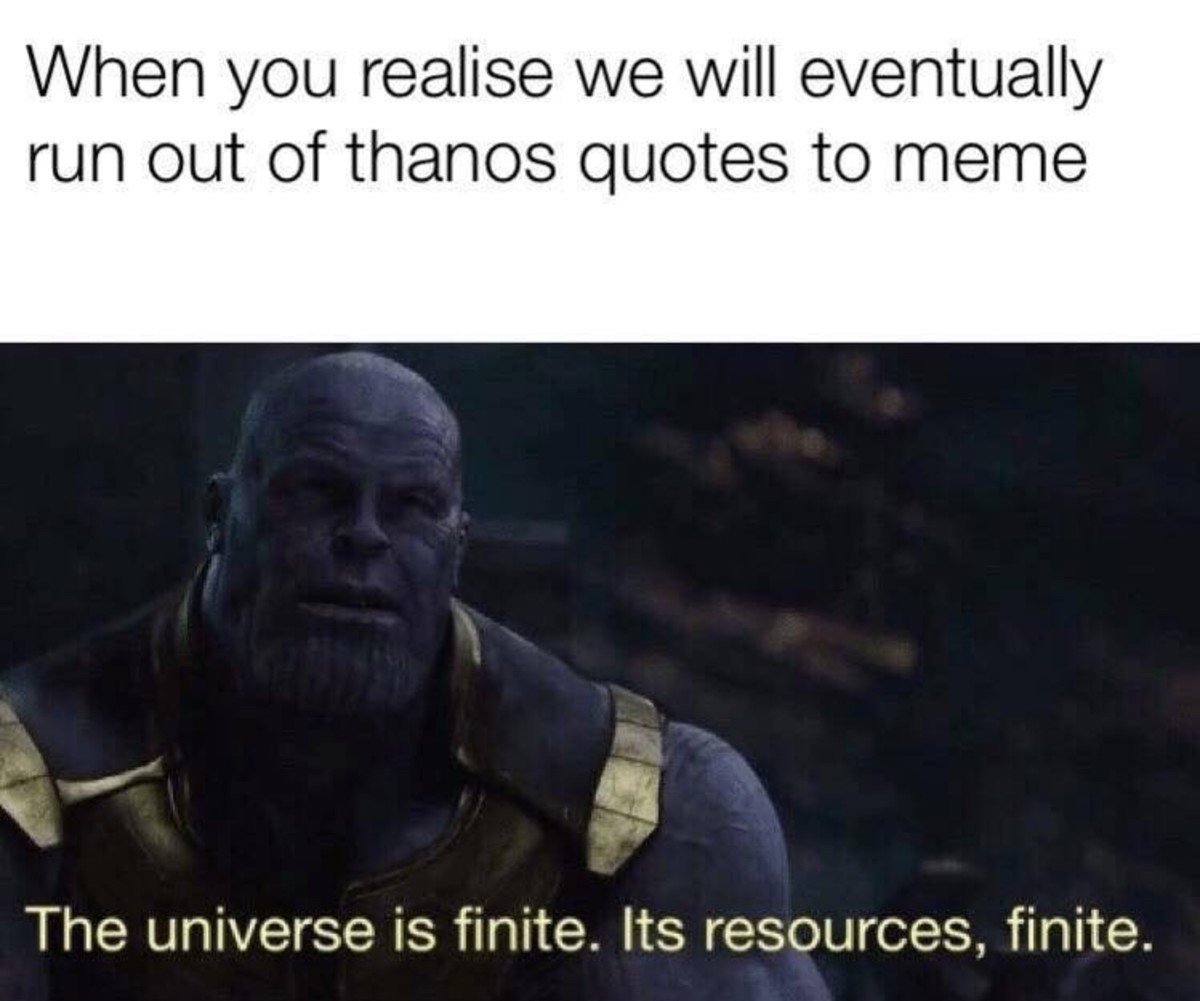 That day is not today

Surely the content will stop flowing eventually. But thankfully, that day is not today.

Which of these hilarious Thanos memes did you like the most? Let us know in the comments below.