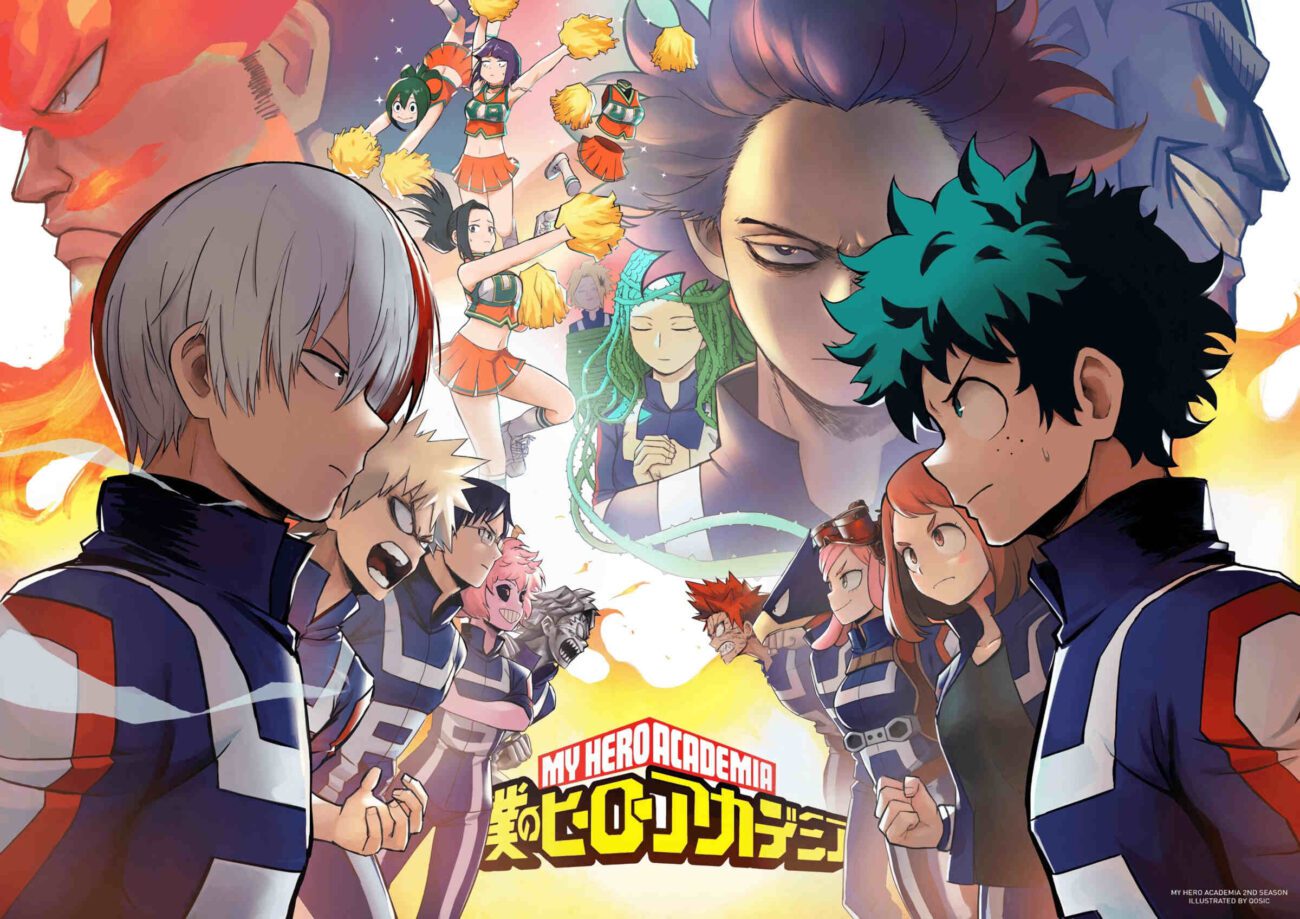 The core of My Hero Academia is reflected in the main storyline. A boy born without powers in a world full of heroes & villains wants to be a powerful force for good. His story is one of learning to believe in himself and what he’s capable of.

In the meantime, though, we get to see awesome battles between pro heroes and pro villains. So, let’s talk about some of the most badass moments from the series! Here’s a list of our top five favorite moments from the Netflix best anime: 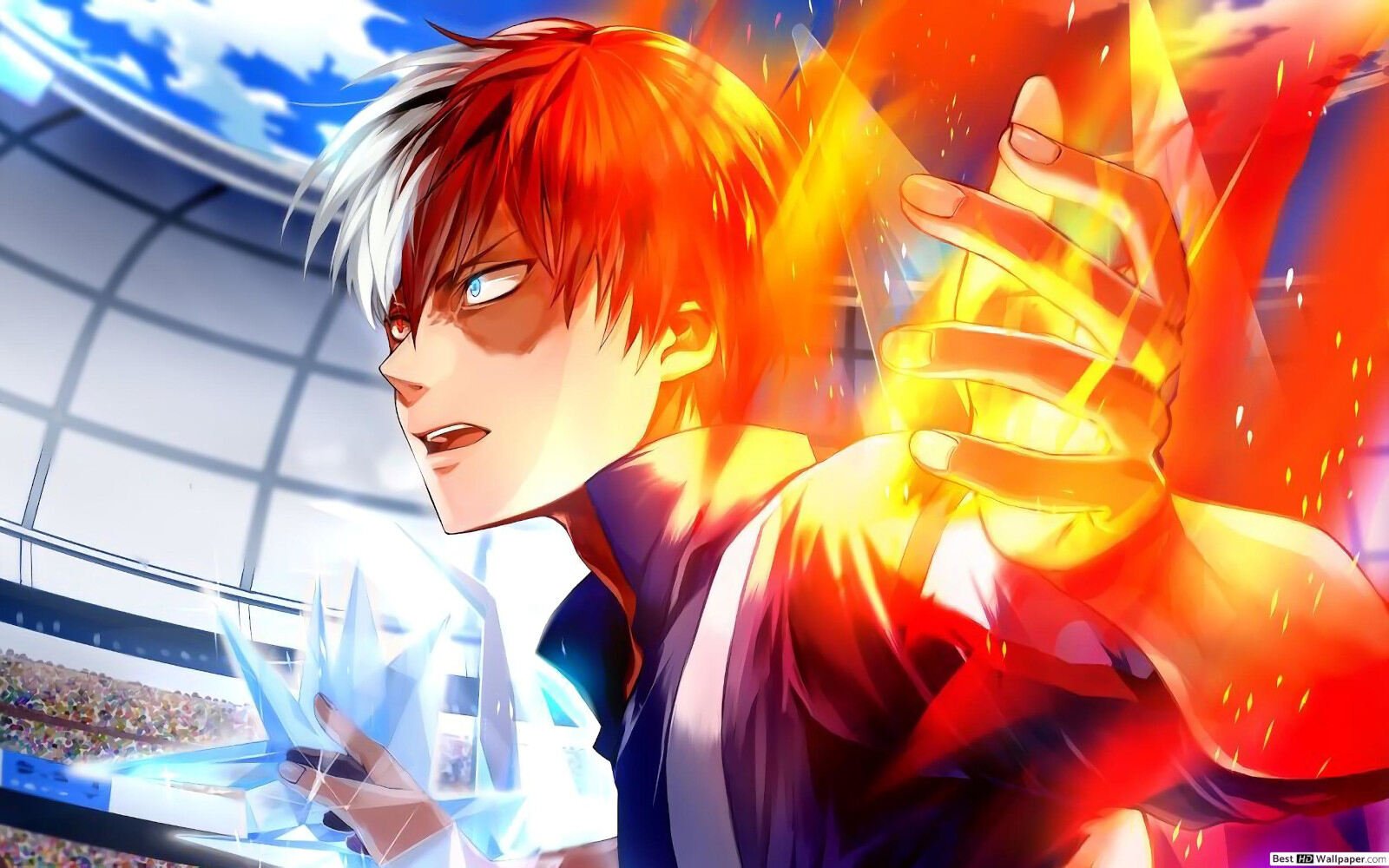 Shoto Todoroki (Yuki Kaji) uses his fire quirk for the first time and it’s nothing less than epic. Episode 23 sees the inevitable confrontation between him and Izuku Midoriya (Justin Briner) after weeks of rising tension between the two.

But this battle isn’t just about tension that’s finally boiled over. It’s not even about the two sort-of sons of the top two pro heroes antagonizing each other for the challenge of it. Midoriya knows Todoroki has been limited by his abusive father’s expectations of how he should use his fire quirk.

In fact, Todoroki refuses to use his fire even in a fight where it could give him an advantage, relying solely on his ice quirk instead. But after much pushing from Midoriya, Todoroki finally taps into his fire quirk with explosively awesome results. 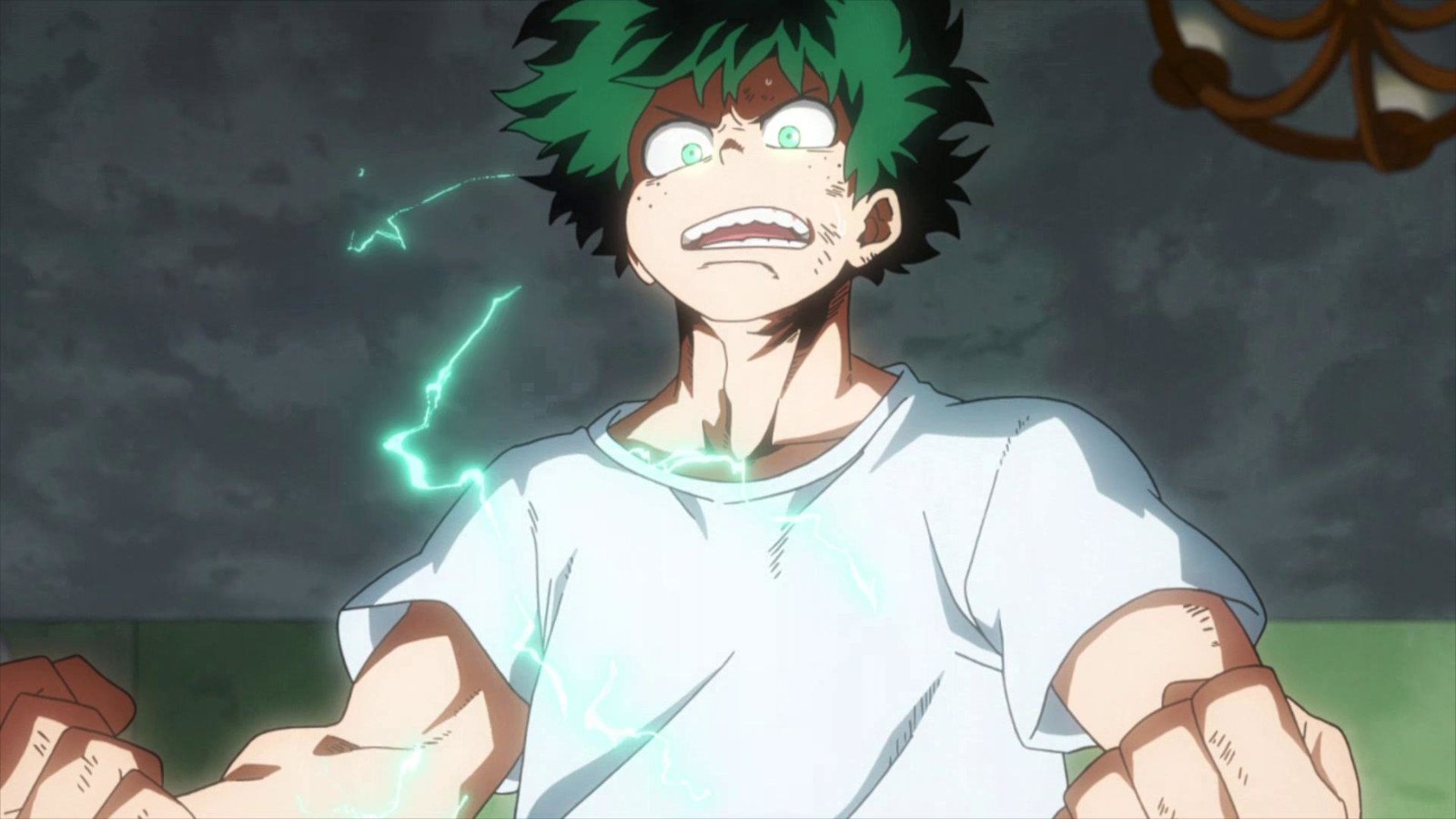 Midoriya has his own moment of accepting his potential and owning his power. It takes a while before he uses full cowling. Episode 27 finds him under the tutelage of Gran Torino (Kenichi Ogata) as he starts gaining more confidence in his abilities.

Like Todoroki, the main thing holding Midoriya back from fulfilling his potential is his own insecurities. While Midoriya uses violence to push Todoroki beyond his self-made limitations, Gran Torino uses his own offbeat teaching style to guide Midoriya past his own.

Midoriya starts the episode as overly cautious and unable to believe in himself, especially in comparison to pro heroes like All Might. Gran Torino uses his incredible teaching skill to guide Midoriya toward believing in himself, and it works. Midoriya ends the episode by using full cowling and looks just as cool as we expected he would. 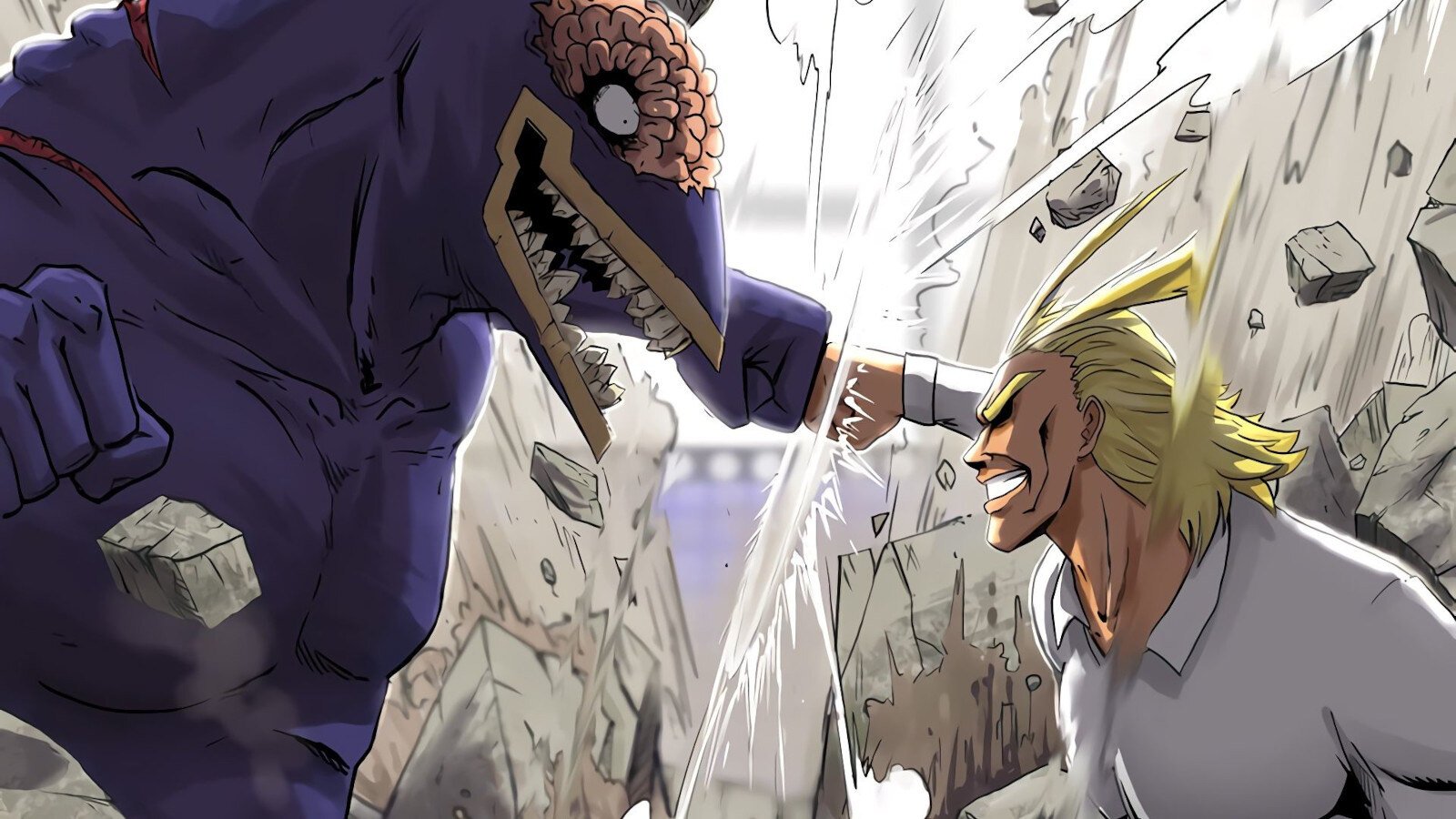 Unlike the previous battles, All Might has nothing to prove regarding his skills and passion for doing the right thing. But he is preparing to pass the pro hero torch to the next generation and it shows.

So many things make this battle memorable: the choreography and the immense skills being utilized by both parties. But it’s the way we see it inspire other characters into their own moments of greatness. Episodes like this are a good reminder of why My Hero Academia is a Netflix-best-anime kind of series. 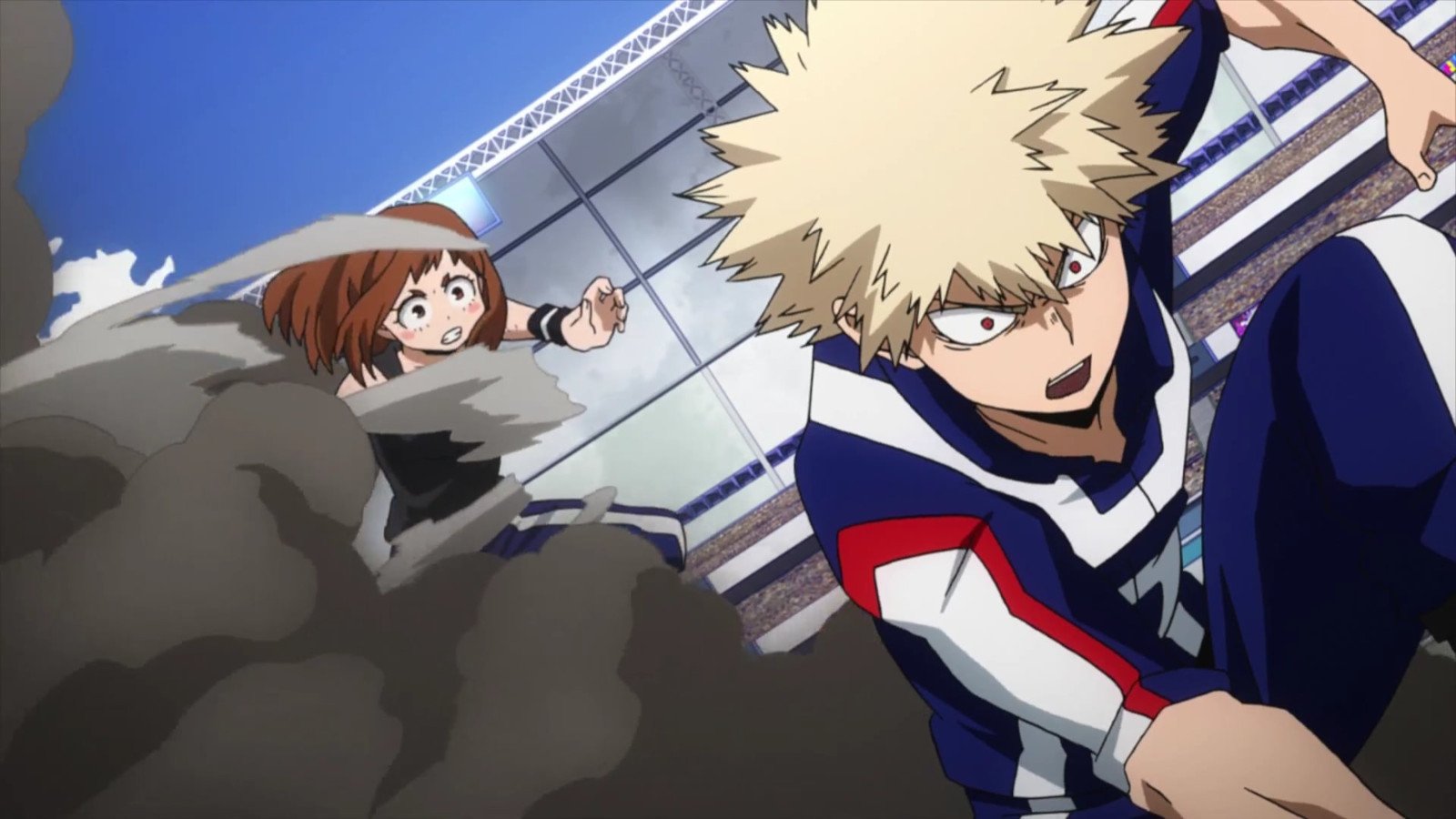 The battle showcases Uraraka’s cleverness, creativity, and power. Her using her zero gravity quirk, for example, to turn the surrounding debris into a weapon is particularly brilliant.

The battle doesn’t result in victory for Uraraka, and honestly fans didn’t expect it to. But it’s a great reminder to fans of how capable she is when she’s not obsessing over Midoriya. It also gives us a heartfelt moment between Uraraka and the family she fights for when they express pride over her bravery and tenaciousness. 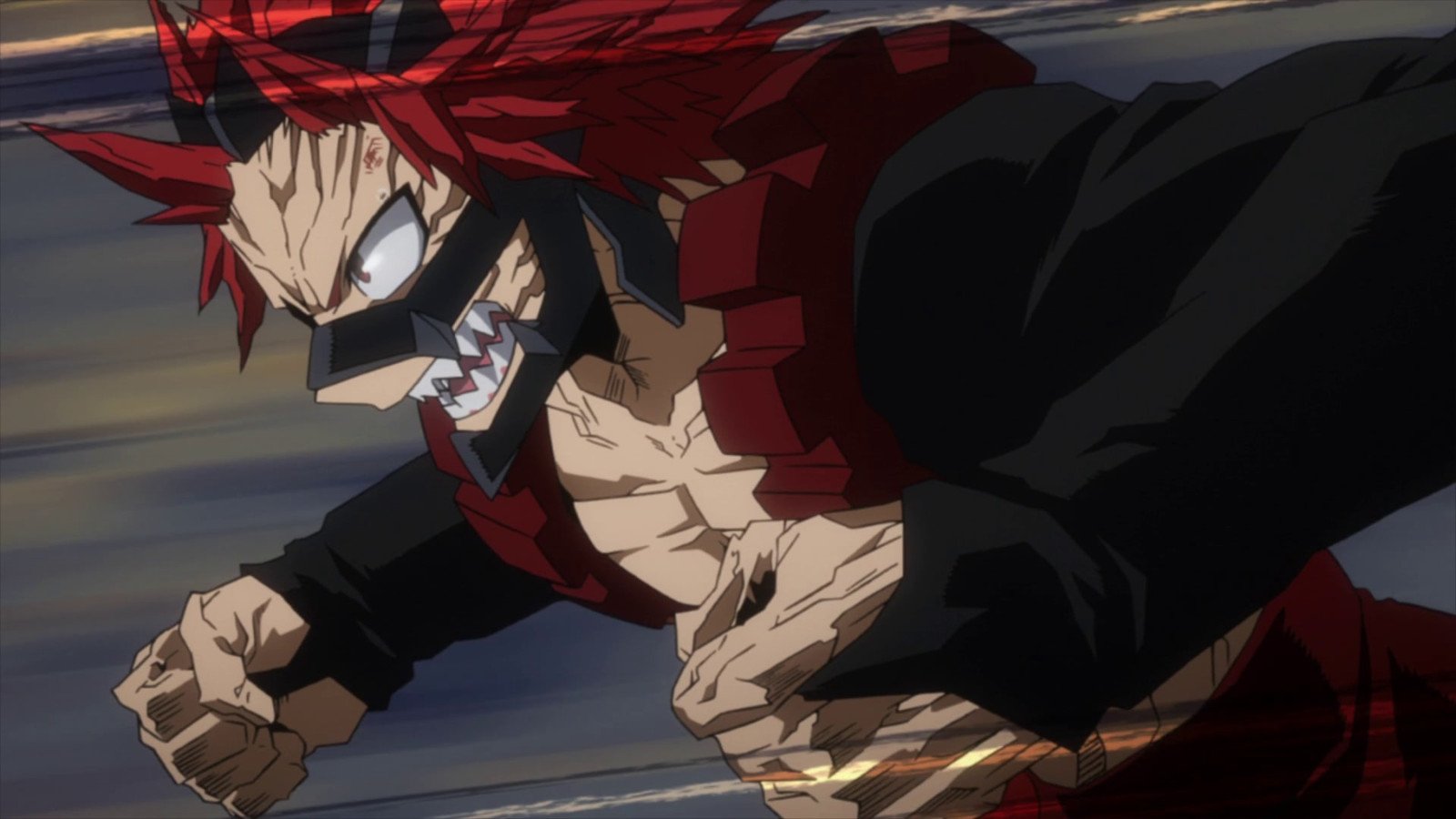 Building self-confidence in one’s abilities by confronting the insecurities holding them is a recurring theme in My Hero Academia. The relatability of seeing heroic characters is what makes the series the best anime on Netflix.

Episode 68 offers a different, but equally powerful, take on this arc when Eijiro Kirishima (Justin Cook) uses his Mha Kirishima quirk against Shie Hassaikai (Naomi Kusumi). We get to see Kirishima, aka Red Riot, flex some serious muscle.

But we also get to see him contend with how much of himself he sees in his opponent. Both struggle to accept their quirks while being extremely driven to be their best selves. This moment of empathy causes Red Riot to lose the upper hand. Then, in an ironic twist, he gains it back by fully accepting his quirk and using it to claim victory.

What are some of your favorite moments from My Hero Academia? Do you agree with this list? Or do you think it’s missing something? Let us know in the comments below!