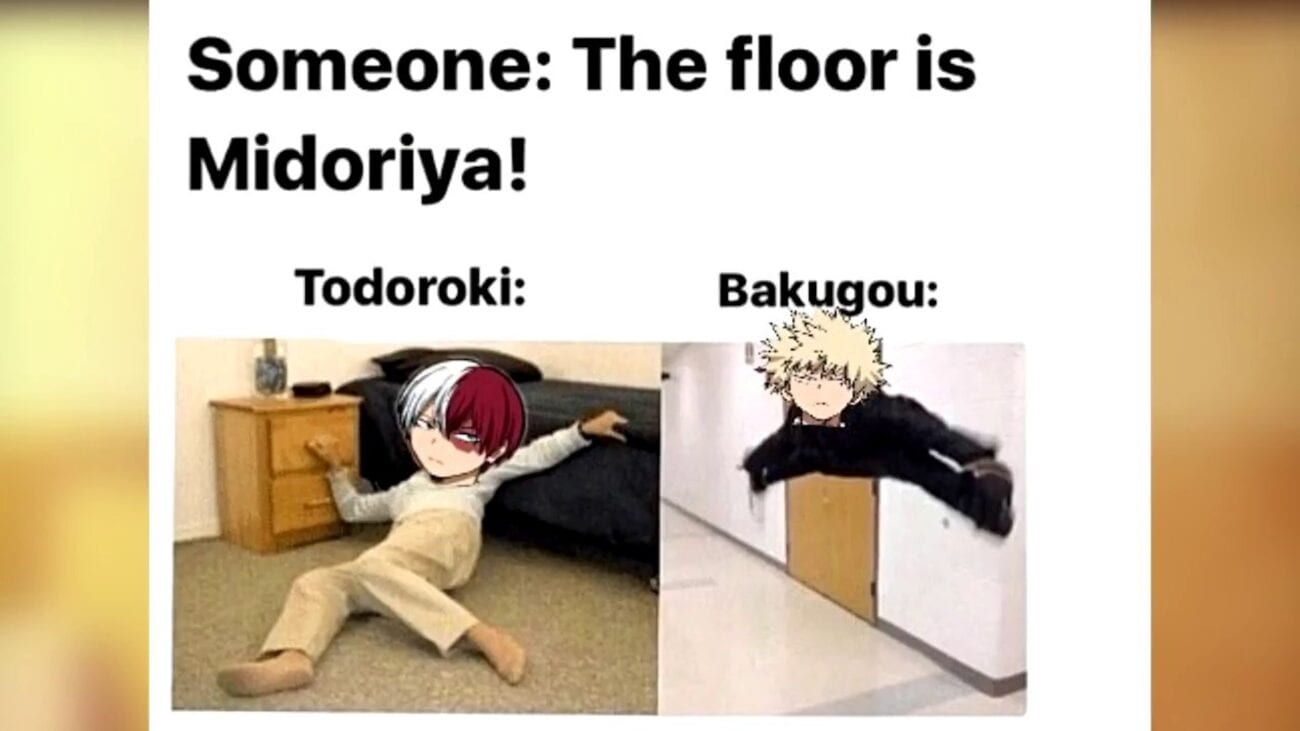 One of the biggest anime/manga franchises in the world right know is My Hero Academia (or MHA to fans). The series takes place in a world where 80% of the population has some sort of power known as a “quirk”. Some people use their quirks in order to become pro-heroes, through rigorous training at hero schools. Izuku Midoriya is a quirkless kid who inherits the quirk of the world’s greatest hero, All Might.

Shenanigans & angst ensue. Over the course of 2020, more people dove into the world of MHA. This, naturally, meant all of the memes. All of them. So if you’re dipping your toe into the MHA pool, then here are some of the funniest memes out there to make you cackle and wish you were part of Class 1-A. Because who doesn’t want to hang with those little chaos gremlins? 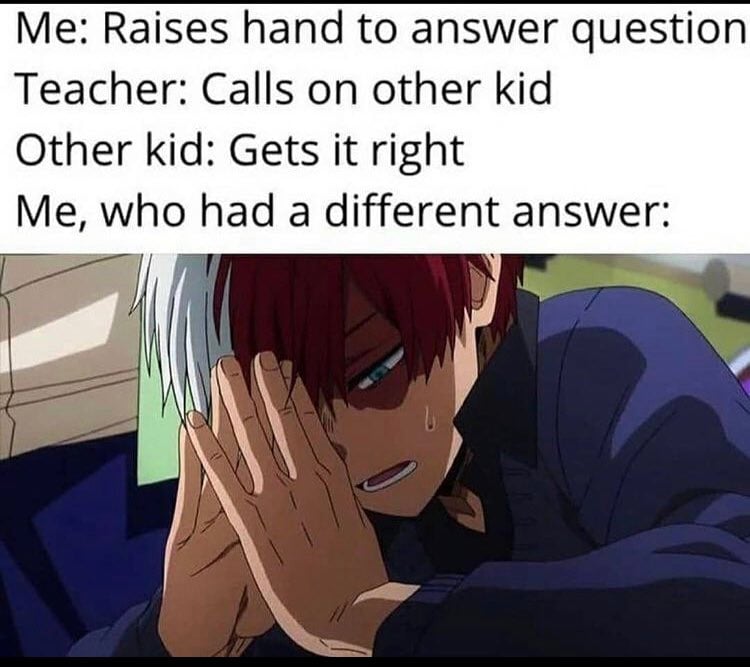 Todoroki here with the facial expressions that showcase the soul-deep relief that you feel when you have the wrong answer, raise your hand anyway, and learn that you had the wrong answer when the kid that the teacher picked has the right one. Nice save! But oh it goes down to your very soul. 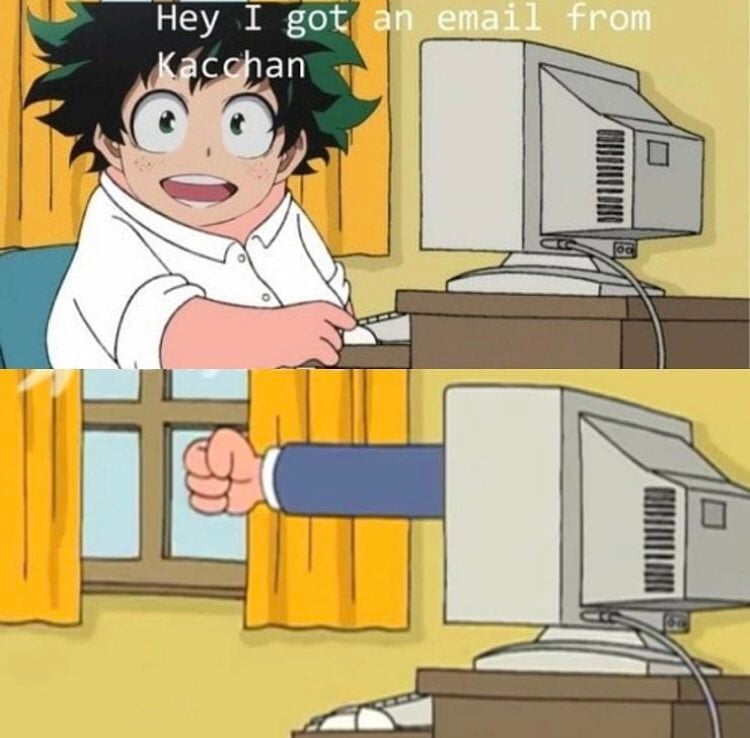 Midoriya’s emails from Bakugou are always a punch in a face. As is most of the reactions that Bakugou has to most things involving our fave bush haired hero-in-training. Bakugou has only one instinct toward this kid, and it’s the Cain instinct. 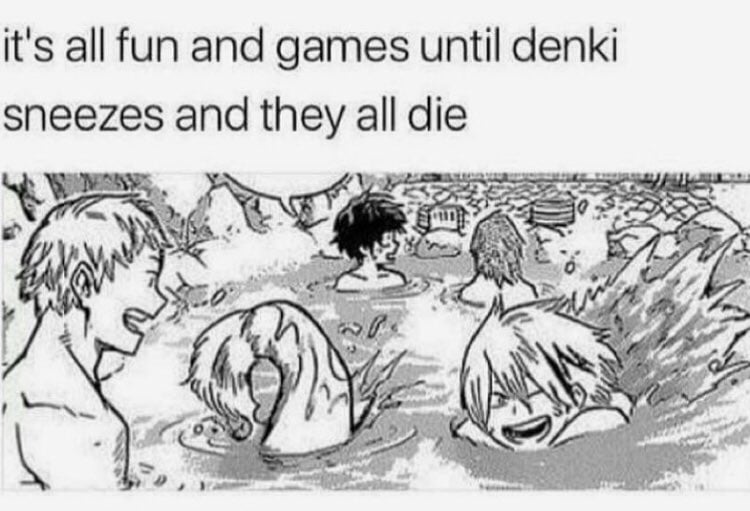 No one wants to be electrocuted

Right. Denki Kaminari (who has the black zig-zag) in his hair has an electricity-based quirk. The boys are all in water. Electricity plus water? It’s not a good look. So really hope that that kid does not sneeze & electrocute them all. 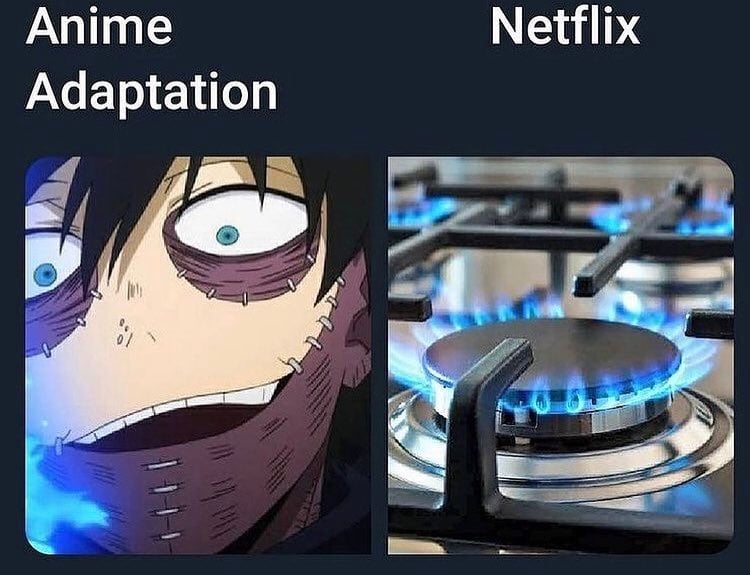 Anime fans are salty about what happens when Netflix (or anyone) tries to do a live-action adaptation of their favorite anime. But, really, it’s more of anger over Death Note, which was so bad. But Dabi being played by a burner? No dice. Of course, Lionsgate has been developing MHA since 2018, so it probably won’t go to Netflix. 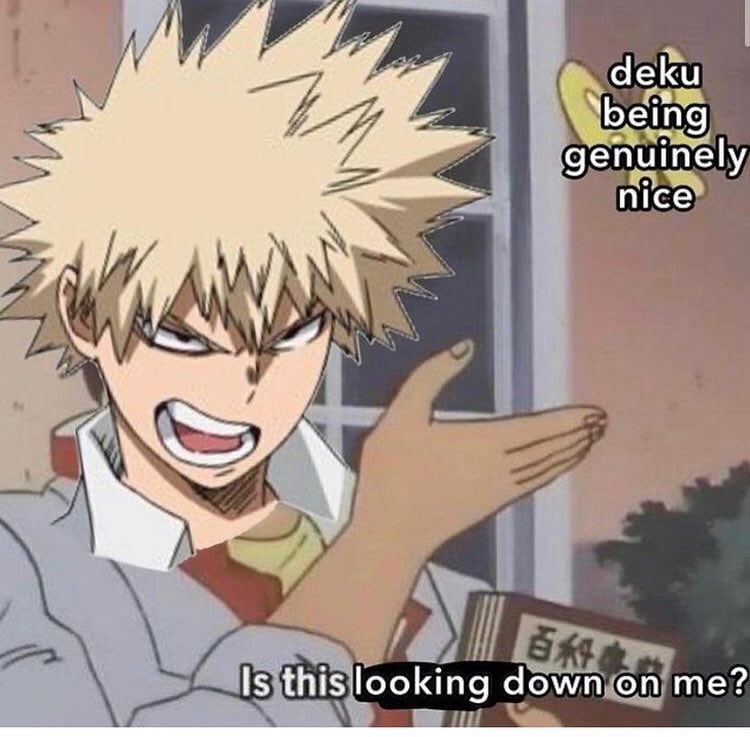 You don’t know what that memes do you?

For some reason when Deku (Midoriya for the uninitiated) is genuinely nice to Bakugou, he thinks that he’s being looked down on. That’s not how looking down on someone works. It’s some kind of needing to be a “strong hero” thing, but, dude, he’s not looking down on you. 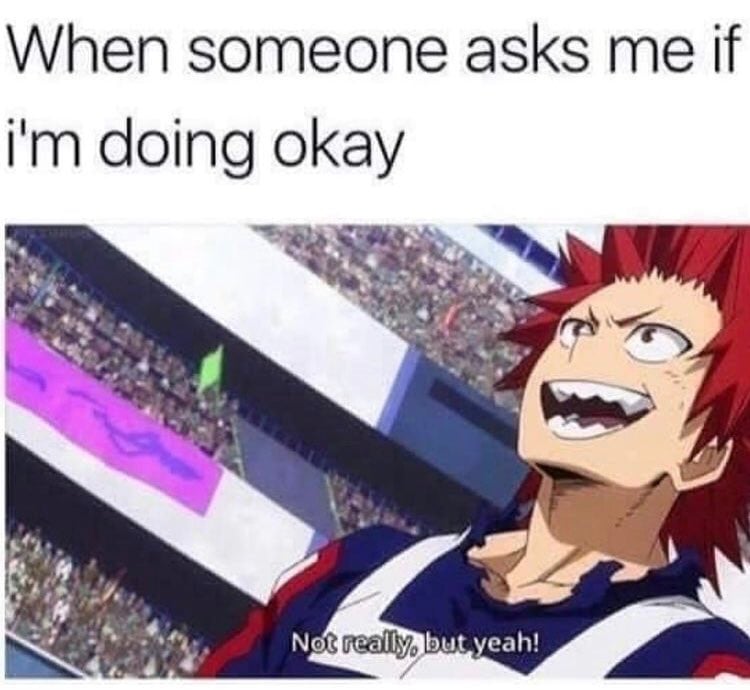 “You okay?” “Not really, but yeah!” Kirishima being the biggest mood. Bless that red hair summer child. 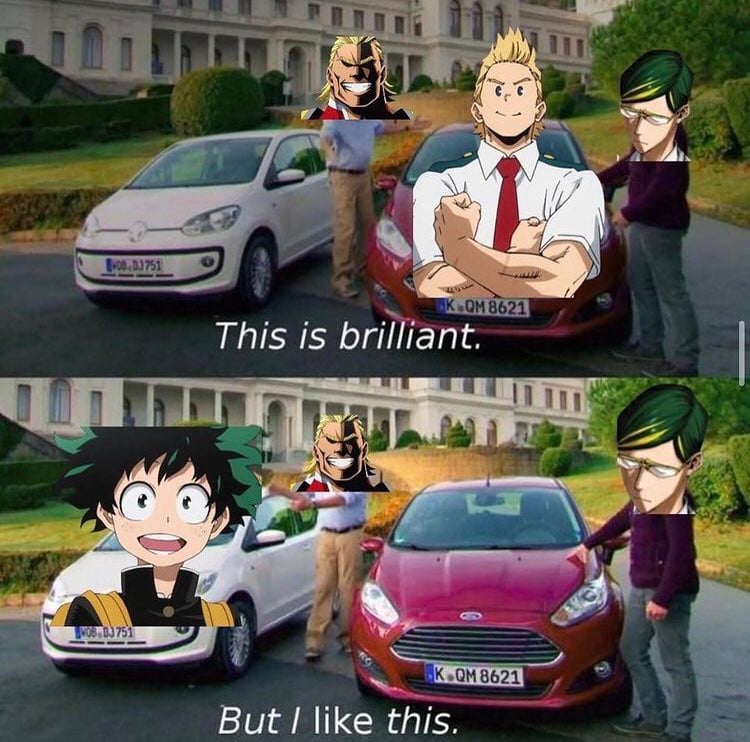 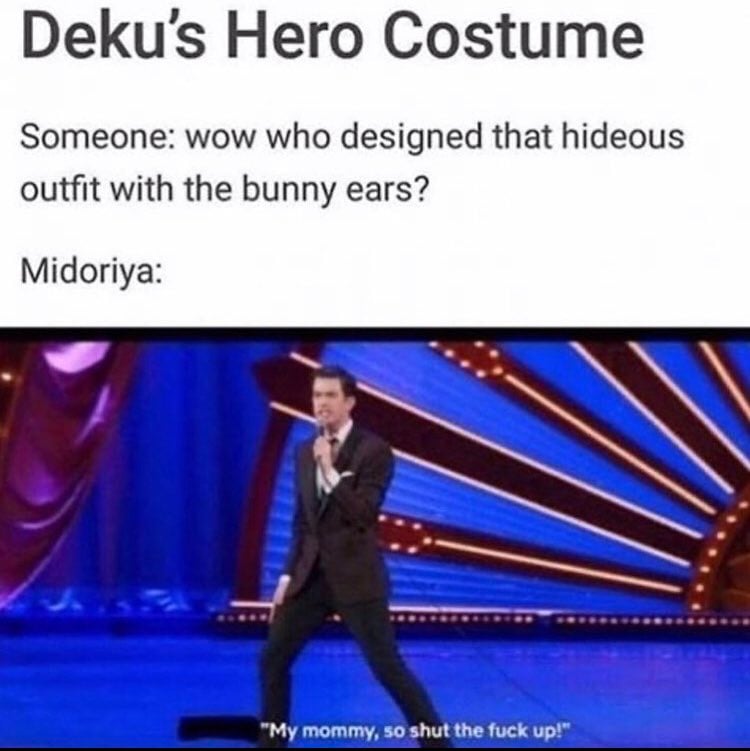 Bless her heart, she was trying to support her son. But we never even see him with his hood up, bunny ears, and all that often. But Midoriya will fight God for his mother, and so will the rest of the MHA fandom. 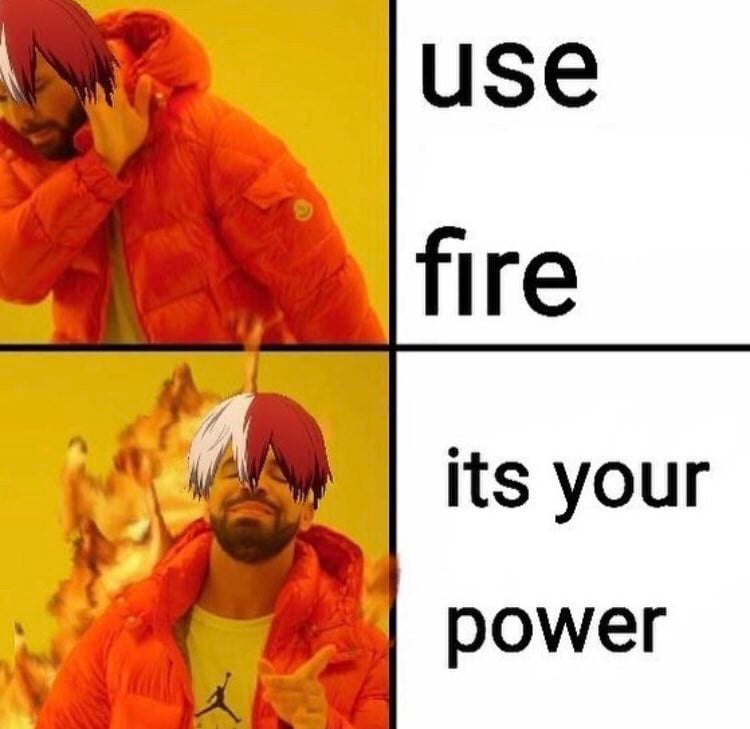 With a quirk that allows him to control ice with his right side and fire with his left, Todoroki is one powerful character. Early on, he refused to use his fire due to his father being the actual worst. But, with Midoriya’s help, he realizes that it’s truly his power, making him basically Drake. 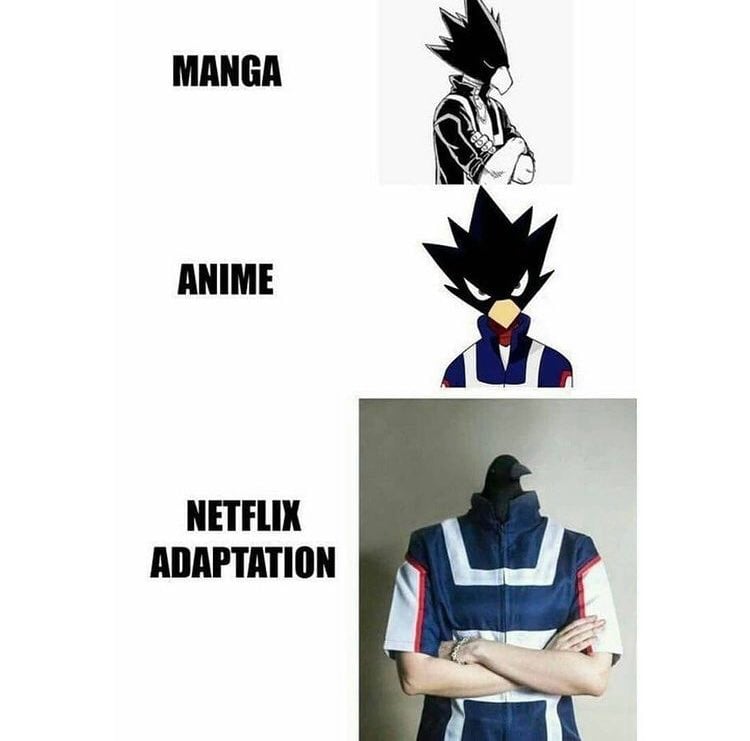 How would they even handle Tokoyami in live-action?

Full disclosure, we laughed so hard at this meme that we almost died choking on water. Because, oh boy, how would they handle some of the more mutation heavy characters in live-action? Hopefully well. But there is that concern now.