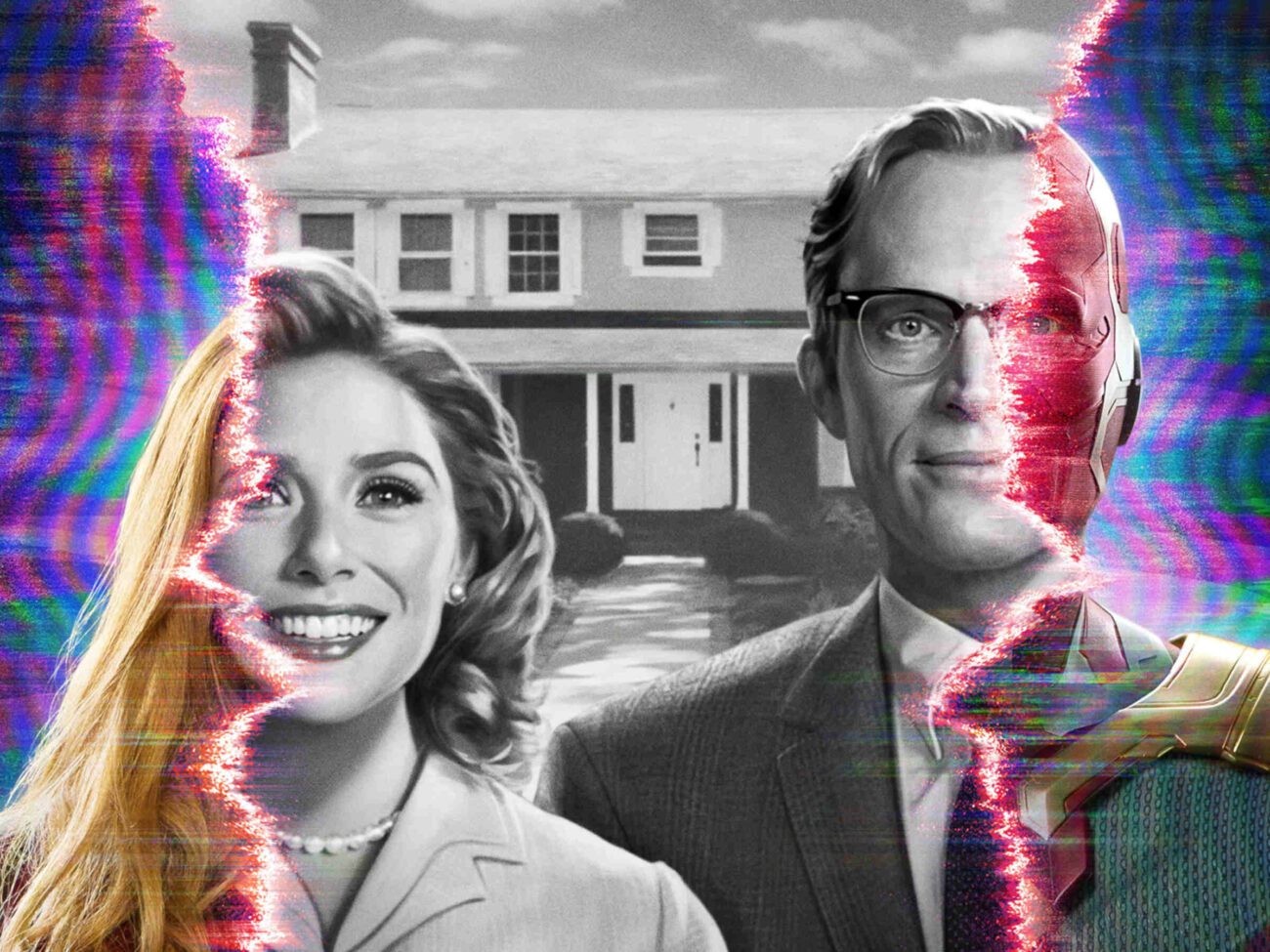 What happens when the MCU does their own version of The Twilight Zone? Jac Schaeffer stuns audiences with WandaVision. Unfortunately, Emmy voters didn’t seem to agree.

Sunday night saw the series take home none of the twenty-three Emmy nominations it’d been up for. Many may argue MCU projects have no business winning major awards. So, why do so many others disagree? 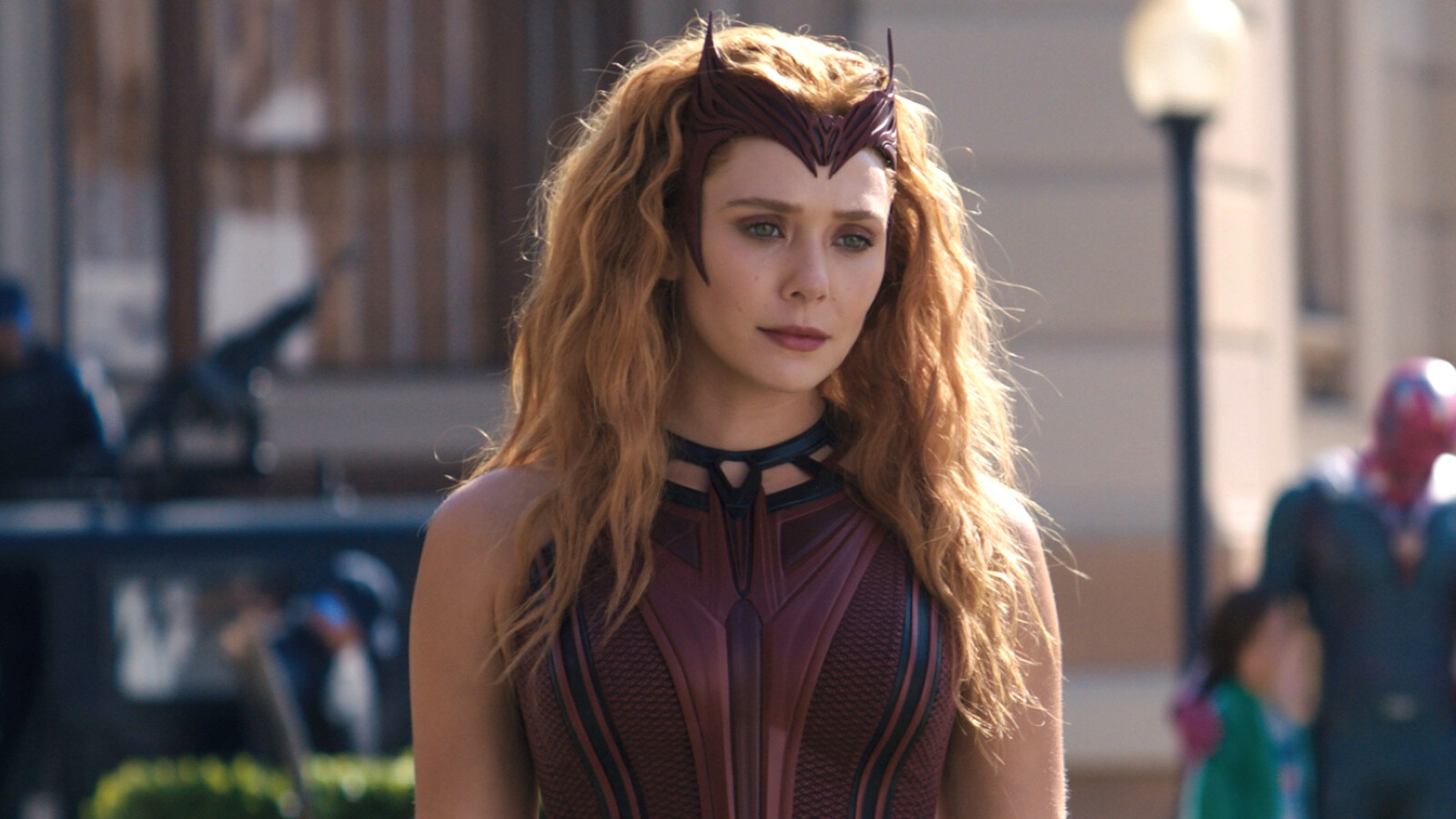 WandaVision tells the story of Wanda Maximoff (Elizabeth Olsen) becoming Scarlet Witch. Maximoff’s nine-episode arc forces her to confront her grief & trauma and its impact on herself as well as those around her.

Maximoff’s appearances in other MCU movies have hinted at her life experiences. Many fans have cared enough about her to think about or research what she’s been through. This series was made for the fans who had never really considered her story. 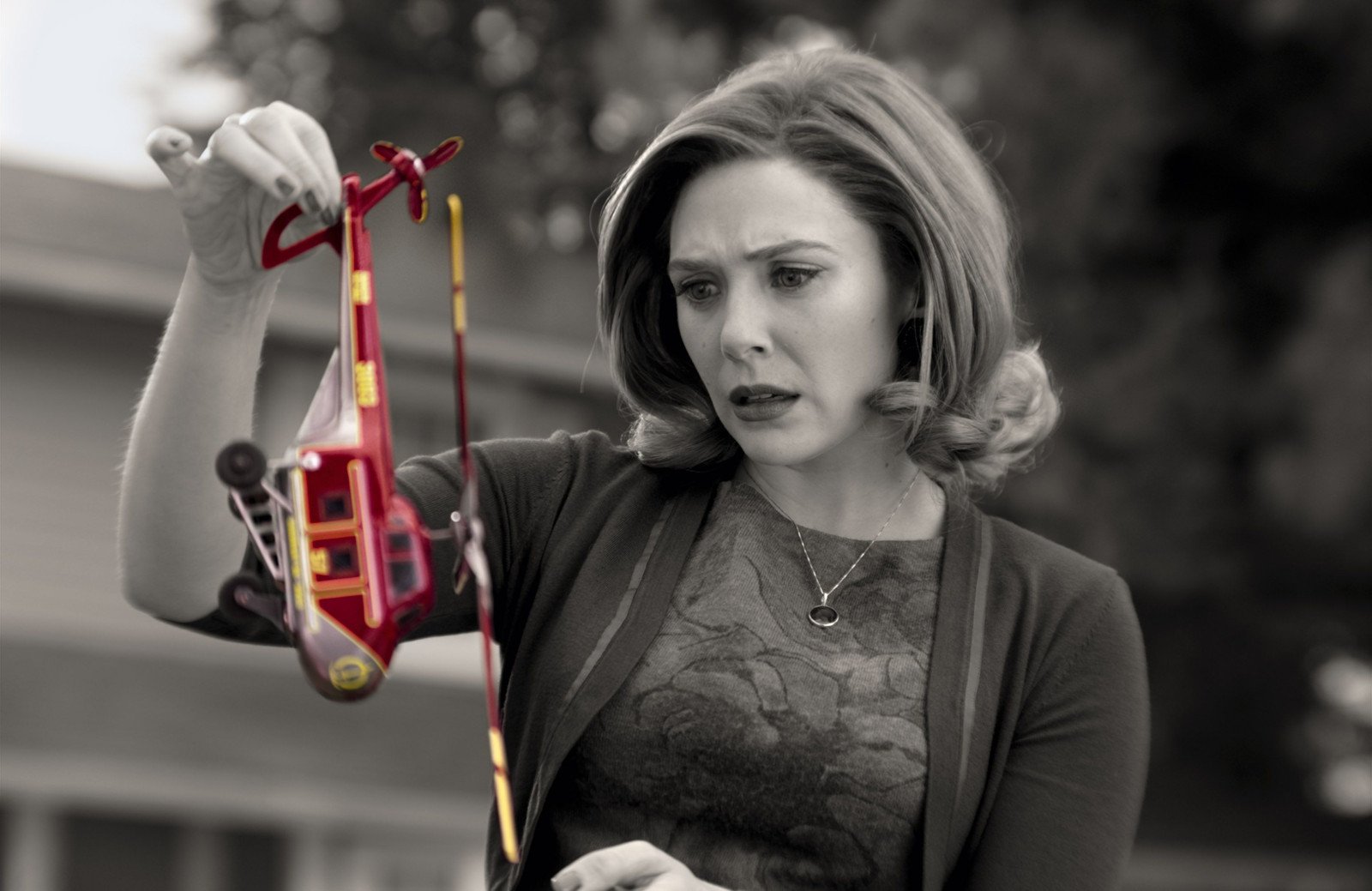 In her relatively short life, Maximoff loses her parents, brother, and the love of her life. She also loses her sense of home many times over, including when the Avengers fell apart in Captain America: Civil War.

The series captured her pain and held it up for the fans to truly understand. It was the first of the MCU Phase 4 projects to do a deep-dive for a character many fans hadn’t paid much attention to. It deserved an Emmy for elevating her story within the canon.

The ensemble cast deserved Emmy awards for their performances. WandaVision pairing whacky sitcom-like situations with heartfelt emotions had a jarring effect on fans. The performances helped the show keep fans on their toes.

When Maximoff broke down, fans cried with her. When Agnes (Kathryn Hahn) revealed her true identity as Agatha Harkness, fans were truly shocked. When Vision (Paul Bettany) struggled out of The Hex to warn S.W.O.R.D., fans felt his pain.

The series relied on costume design, practical effects, and music to tell the story. Moreover, though, it relied on the performances of the actors to sell the believability of a story unfolding before their very eyes. 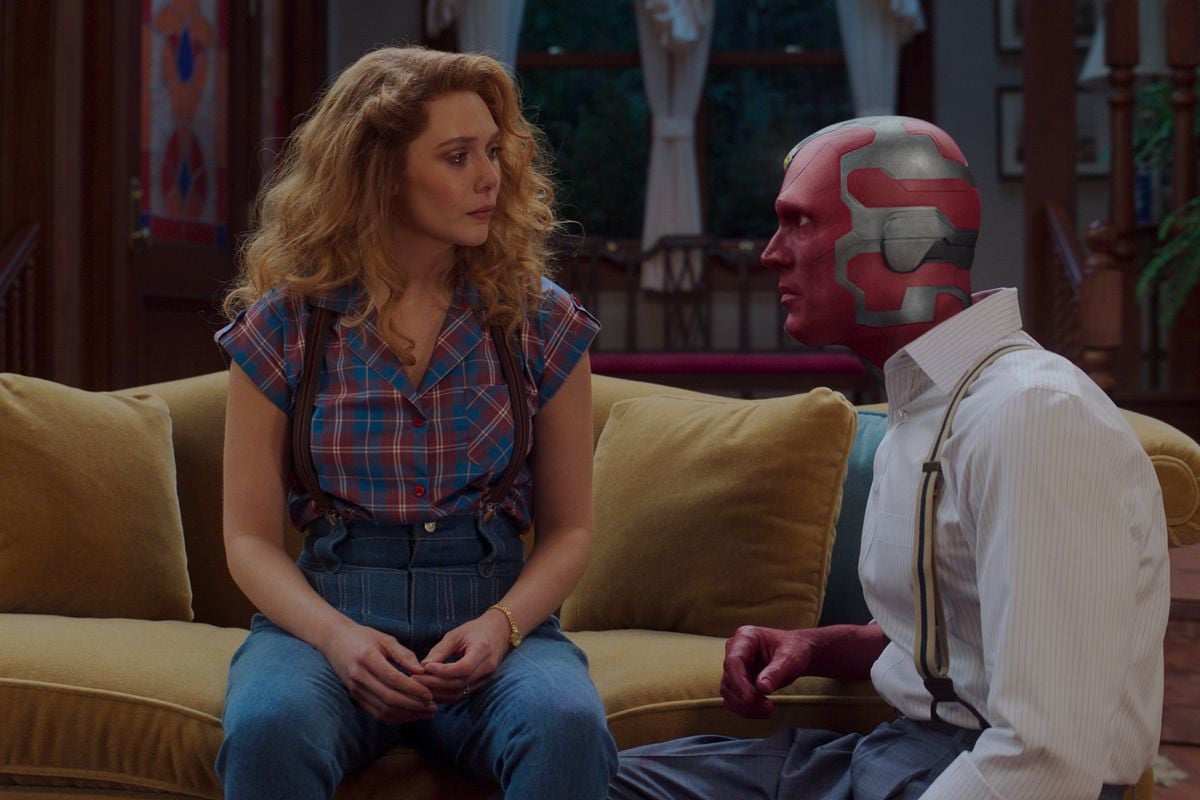 WandaVision did an arguably phenomenal job using music and visual storytelling to tell a compelling story in a unique way. Marvel Studios President Kevin Feige made sure the writers’ room was filled with people who believed in the overall vision.

They had to be willing to lean in with the weird. Director Matt Shakman (Game of Thrones) ensured the costume design and practical effects fit the story being told. Composer Christophe Beck (Buffy the Vampire Slayer) was the brilliant mind behind the theme song changing to fit the time period of each episode.

They were particular about the story they wanted to tell and intentional in its telling. Each detail had a meticulous amount of attention paid to it and the Emmys should’ve recognized their efforts. 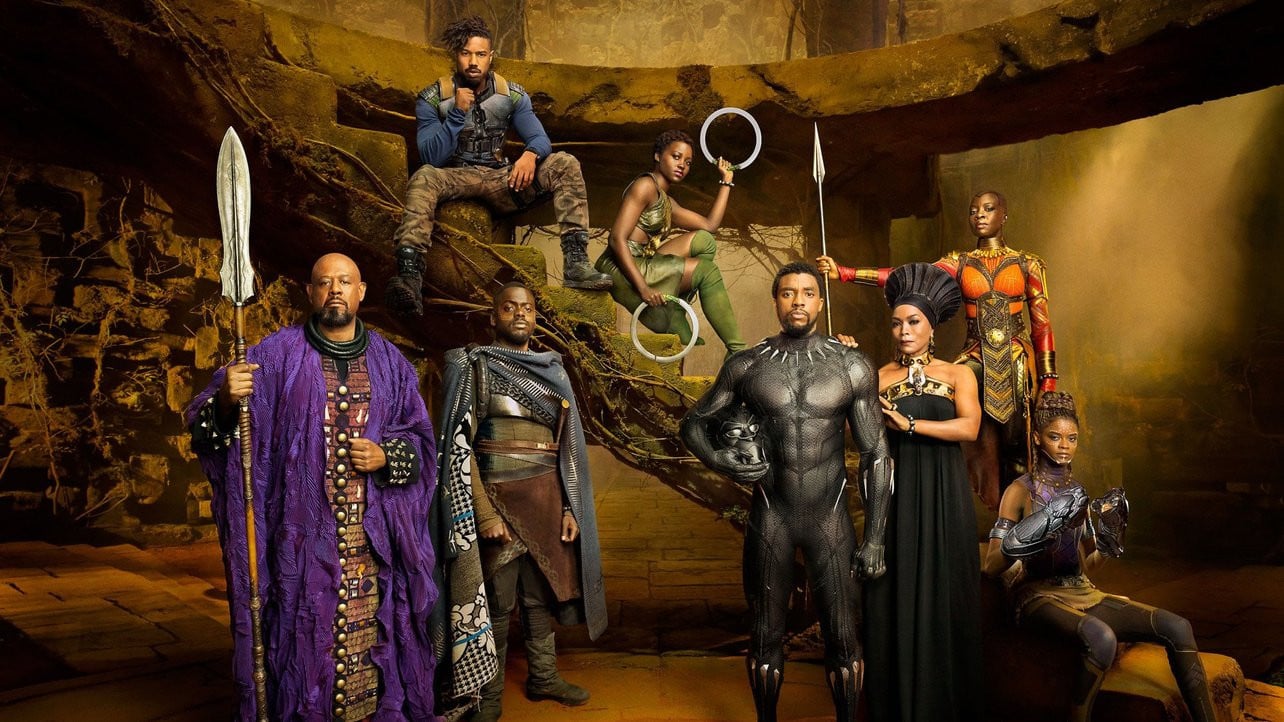 Many critics claimed MCU projects shouldn’t even be considered at major awards. They most likely felt vindicated when industry legend Martin Scorsese said they are “not cinema”.

These naysayers need only be reminded of Black Panther making headlines during awards season. Ruth E. Carter, for example, was the first Black woman to win when she received an Academy Award for Best Costume Design in 2019. 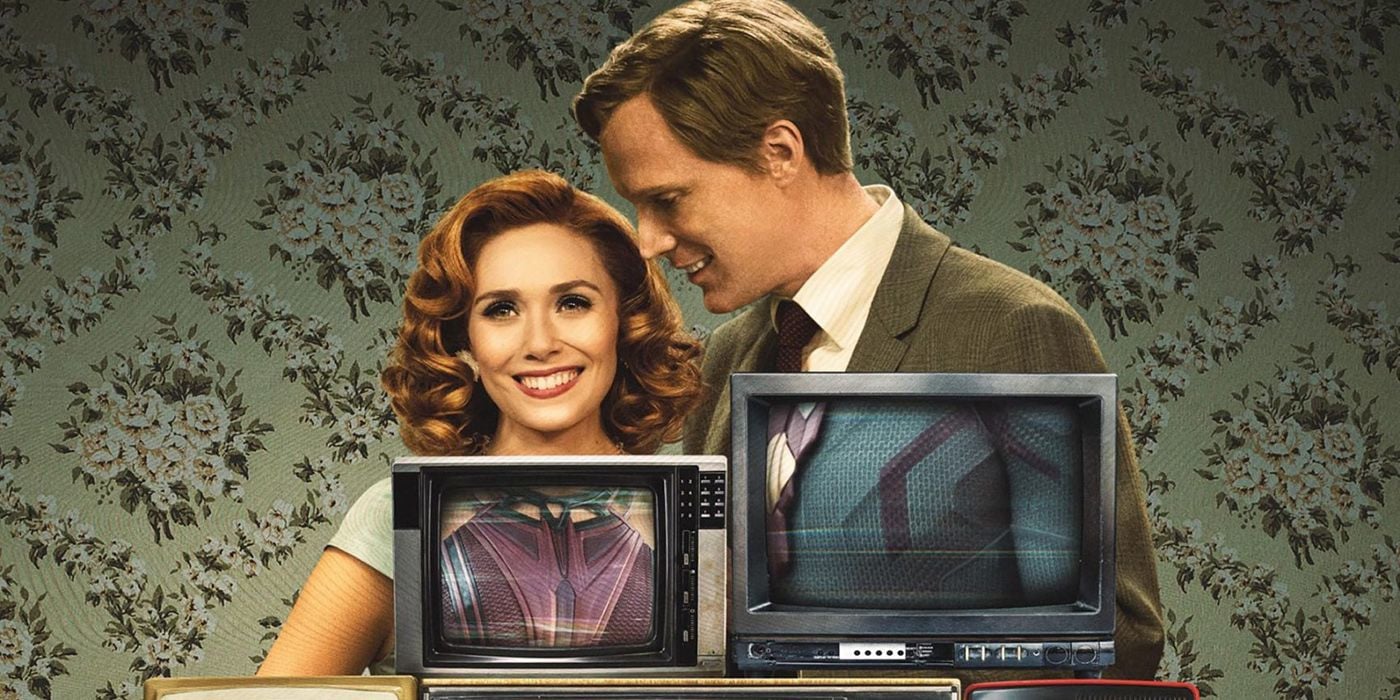 Marvel fans are many and they pay attention to how their favorite characters are presented. This could, and sometimes does, make for a predictable live-action experience.

The WandaVision showrunners dared to give fans something they’d never seen before. They gave the fans what they wanted with action scenes and Easter eggs. But they also aspired to give them so much more.

Do you think WandaVision was snubbed at the Emmys? Or do you think they got exactly what they deserved? Let us know in the comments below!