‘What If…?’: Uncover Chadwick Boseman’s final moments as Black Panther

We’re going to get terribly, terribly sad on Wednesday, Aug. 18. Why? It’s very likely that it’s going to be Chadwick Boseman’s last major performance in the MCU on Marvel’s What If…? The animated series has proven to be a hit for Disney+ after one episode, which featured Peggy Carter getting the super soldier serum over Steve Rogers and becoming Captain Carter.

And, well, rip our hearts out, why don’t you? Chadwick Boseman’s death from cancer in 2020 still deeply affects fans. His performance in Marvel’s What If…? will be the last time that we’ll ever hear him in the role. Naturally, everyone’s going to be pretty emotional come tomorrow. But how was he when performing the role? The team of What If…? spoke with EW about that.

If you’ve ever seen Boseman’s performances as T’Challa across the MCU, then you knew that he really embodied the regal bearing of the character while also showing a fun side. According to What If…? head writer A.C. Bradley, Boseman also wanted to make sure that his Black Panther character was done justice in the series as well. Even if he was swapping out the name, he still wanted T’Challa to be, well, T’Challa.

Bradley said, “He cared about T’Challa so much — all the actors care about these characters but Chadwick Boseman understood the power of Black Panther and his role as an icon. He read the scripts beforehand, he would pass on some notes or thoughts. They were always smart, articulate, brilliant.” Boseman recorded his lines three years ago.

Bradley also added that he brought the same care for the recording booth because, well, voice over work is hard. “He wanted to make sure he had the accent right, that it matched the movies, because he knew that because we’re animation, there’s going to be kids watching this. It was super important to him to make sure T’Challa is always presented as a role model and a hero. And luckily we were all on the same page 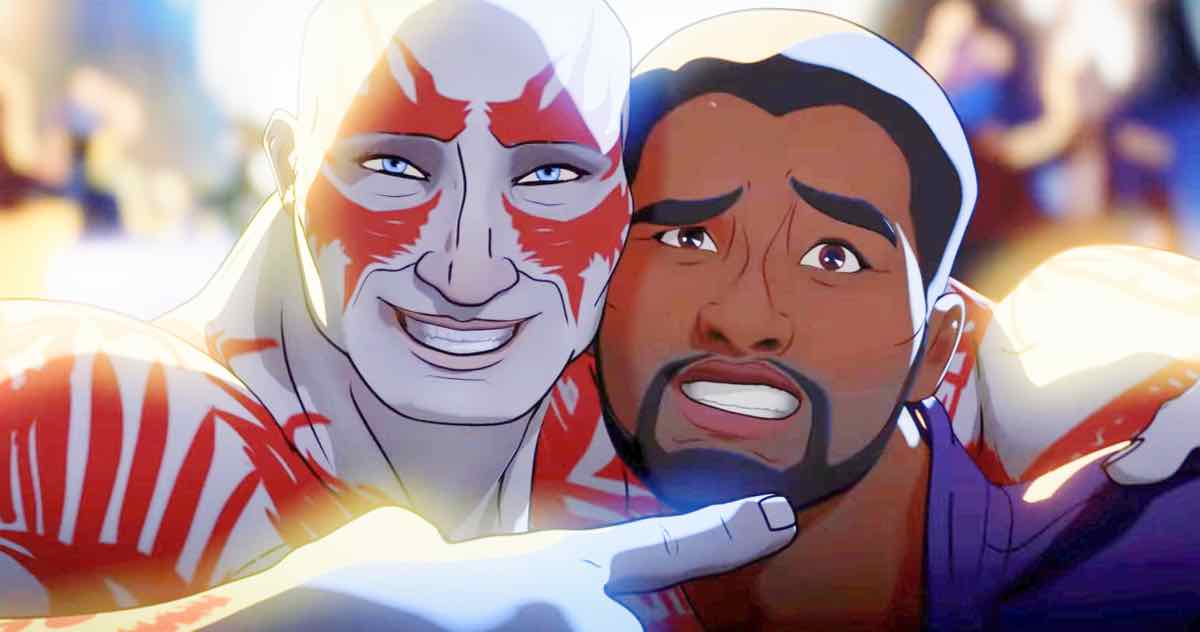 Apparently, according to director Bryan Andrews, Boseman was super psyched about the series. He was one of the first cast from the MCU to sign on to voice his character for the project. The team had no idea what was going on in his personal life. Andrews said, “His excitement level was awesome because he knew what he was going through — we didn’t, similar to everybody except his closest inner circle.”

As for the take of T’Challa as Star Lord? Andrews said that Chadwick Boseman absolutely loved playing that version of his character. He said, “He liked the fact that we can take some aspects of the moral compass but deliver some of those lessons in a different way, with more of a wink and a smile and more, ‘I’m out here, I’m having fun, I’m cool!'”

Apparently, there were plans to bring back the version of the character, according to Andrews. “we were already thinking of finding a way to do spin-offs and stuff like that of him and his crew to have these wonderful adventures.” After Boseman’s death, the decision was made to not recast T’Challa in the live-action MCU. Though, it remains to be seen if it will be different for the animated world of What If…?

Are you sad & excited to see Chadwick Boseman’s final performance as T’Challa? What was your favorite Black Panther moment from the actor? Let us know in the comments down below.