Excited for ‘The Falcon and the Winter Soldier’? Prove it with these memes

Marvel fans had to go a long time without new content thanks to the pandemic. However, 2021 is a new year and Disney+ is coming to their rescue. Already MCU fans have been basking in their love for WandaVision.

On Super Bowl Sunday Marvel fans were treated to a trailer for The Falcon and the Winter Soldier during one of the football game’s many commercial breaks. The full trailer is two minutes long, which means if you’ve only watched the Super Bowl commercial slot you’ve only seen a quarter of it.

We’re excited, the internet is excited, and if you’re reading this then we’re going to assume you’re excited too. Let’s all welcome Bucky Barnes & Sam Wilson back onto our screens with some fantastic memes.

First things first, if you haven’t seen the whole trailer (or just want to watch it again) here is the full trailer for Disney+’s The Falcon and the Winter Soldier. The show will begin releasing episodes in March.

We could all use a hyperfixation right now to distract us from the chaos of the world – we’ve always thought fandom is a pretty great one.

MCU fans are living for all the new content they can bury themselves in right now.

Oh, this one hit us in the feels a little bit. (Do people still say that?) Bucky went from catching Steve’s shield while brainwashed to catching Sam’s shield as a partner. Excuse us while we go shed a tear.

Please, stop – we thought memes were supposed to be funny. Why are you trying to make us cry? 😭

How old are you?

That’s a pretty complicated question for Bucky Barnes – do you want the real answer, the logical answer, or whatever random number he feels like giving you?

— The Falcon and the Winter Soldier News (@falconsoldierTV) February 8, 2021

It’s really hard to have a staring contest with an intangible concept – mostly since it doesn’t have eyes – but we’re staring down this week anyway. We have no intentions of letting it win.

That’s our mood too. Whether this is excited yelling, distressed yelling, or something in between, we’ll let you decide for yourself.

The first trailer for The Falcon and the Winter Soldier was originally released in December. That trailer was pretty serious and left fans who wanted non-stop friendly bickering a little worried.

Luckily this new trailer was a lot more lighthearted – giving fans reason to believe we’ll have a nice balance of humor and high stakes.

Shippers are having fun

Sam & Bucky are clearly at odds with each other and we’ll admit that this scene they kept cutting back to in the trailer totally feels like couple’s counseling . . . which has people who ship Sam & Bucky cheering.

But it’s also not lost on us that this looks a heck of a lot more like an interrogation room than a therapist’s office.

Listen, we’re just excited to see our bad*ss boys back on our screens kicking some bad guy butts. Nothing else matters. 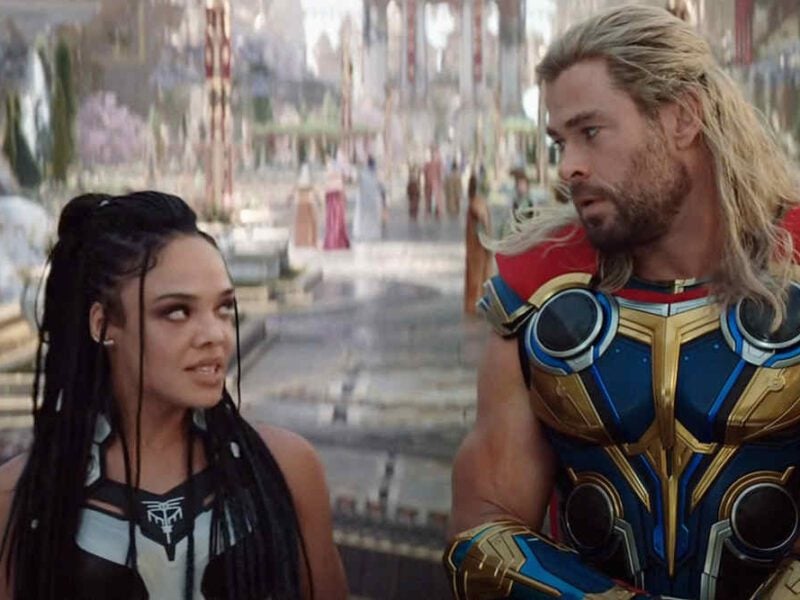