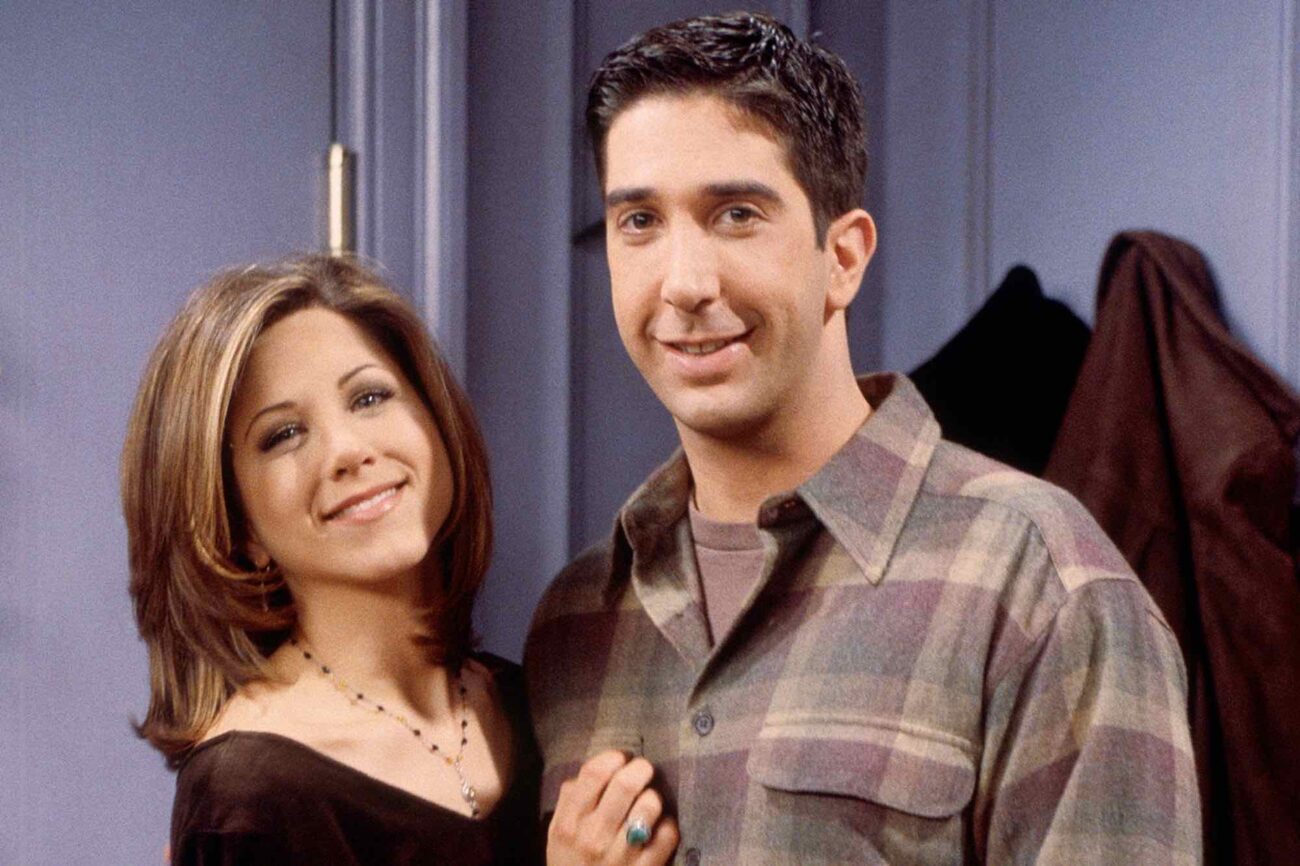 Icons of the small screen: The best TV couples of all time

It’s February which means Valentine’s Day which means love is in the air. If you’re like most of us in the middle of a pandemic, you’ll spend it eating chocolate & drinking wine, and watching TV.

In the spirit of television romance, we’ve assembled a list of some of TV’s most iconic & beloved couples. And before you say anything, we know your favorites are missing. Let us know who we’ve missed in the comments below. 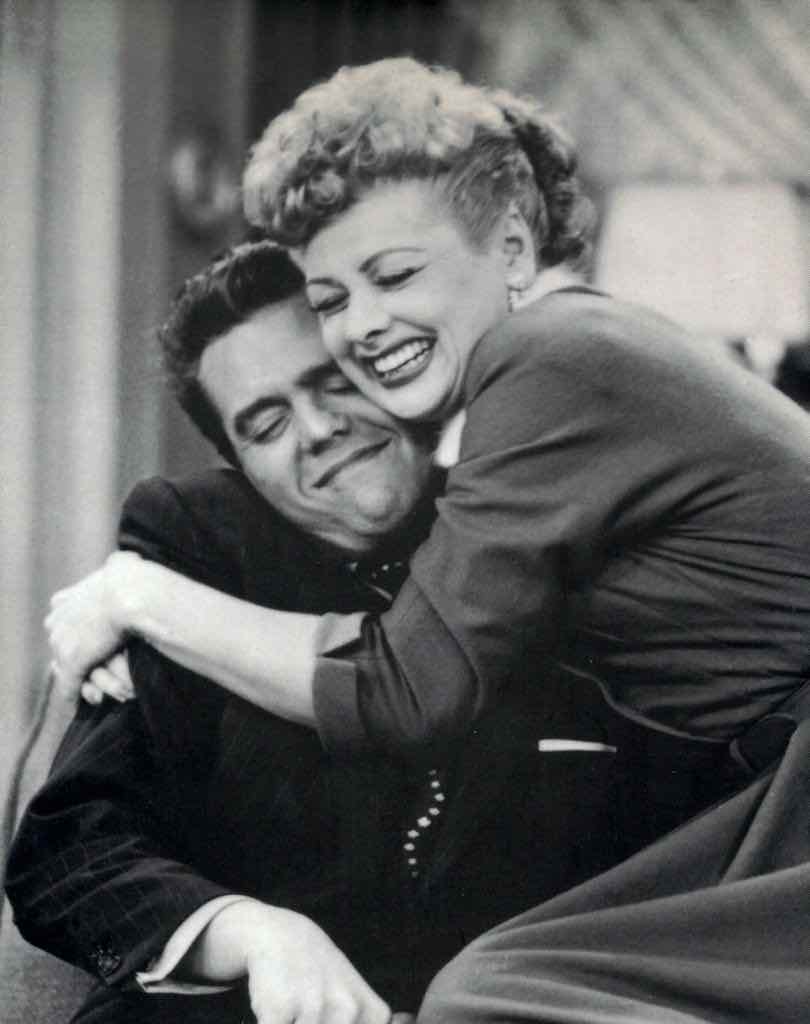 There would be no romance on TV without them. The classic show set the standard for how couples were depicted on TV from sleeping in separate beds to capturing Lucille Ball’s real-life pregnancy. I Love Lucy raised the bar on how couples were portrayed on TV, a bar that many other shows are still trying to live up to. 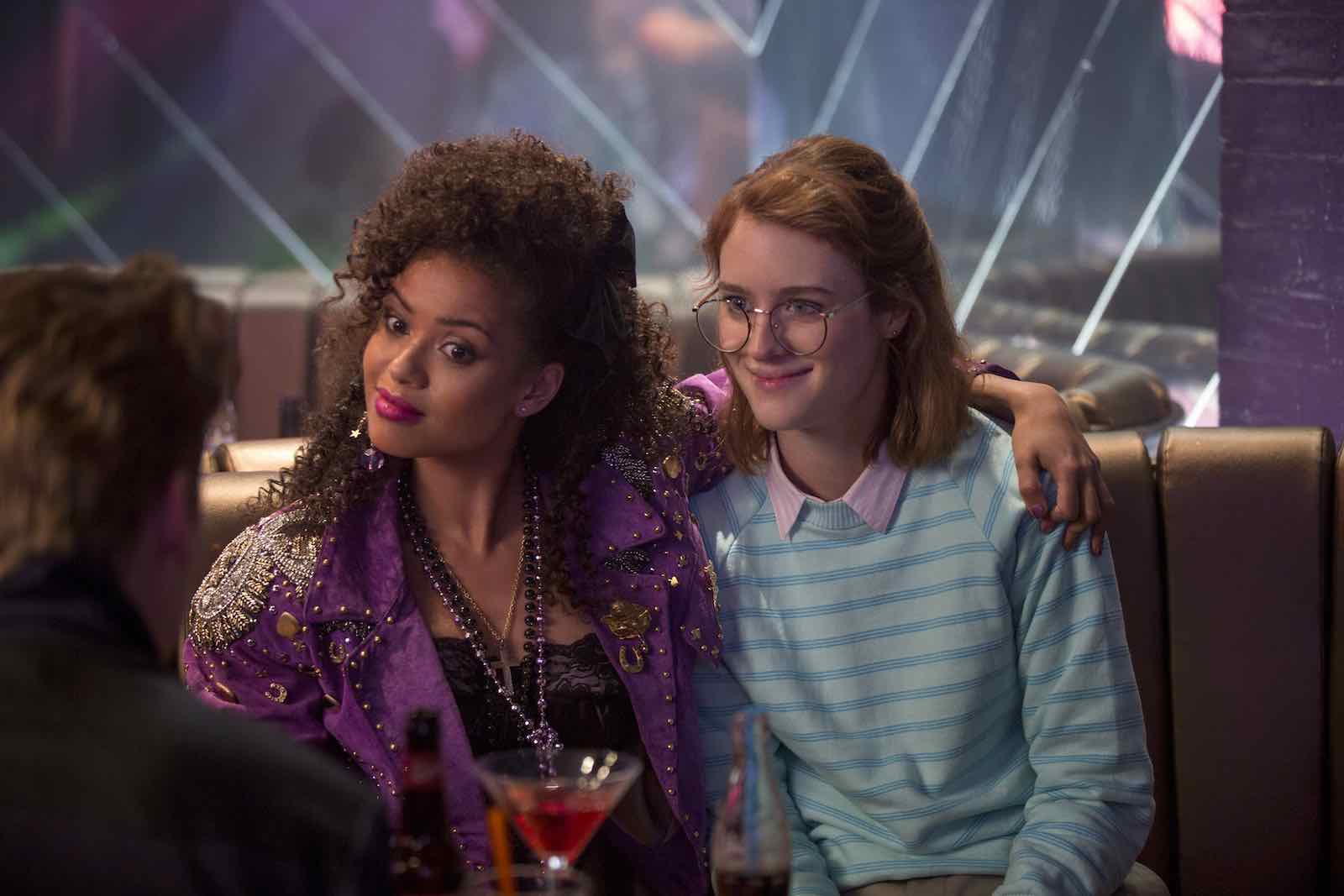 “Ooh, baby, do you know what that’s worth?” Easily the most iconic Black Mirror couple, Yorkie & Kelly were destined to be together. Through marriages, illness, & self doubt, nothing could keep them apart in San Junipero. Season 3, episode 4 is everyone’s favorite Black Mirror episode and Kelly & Yorkie are at the heart of it. Also who doesn’t love a queer 1980s love story? 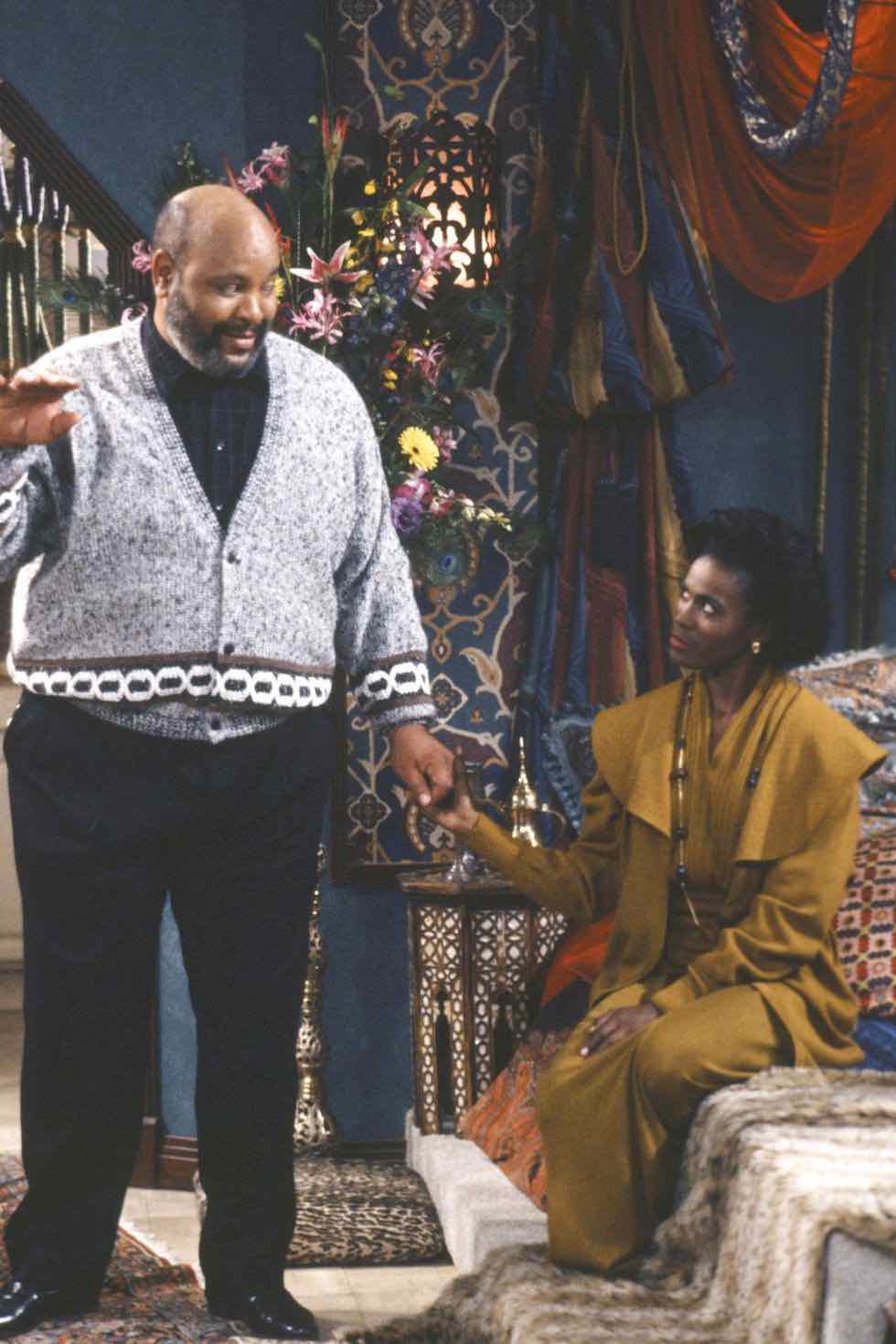 He was an uptight judge. She was no-nonsense with killer dance moves. Despite being hilariously funny on The Fresh Prince of Bel-Air, their relationship was no joke. Still passionate despite all those years & kids together, Phil & Viv’s love for each other spilled over to other people in their lives, including Will.

Able to navigate whatever life threw at them (including another Aunt Viv), Viv & Phil weren’t just Will’s aunt & uncle but ours too. 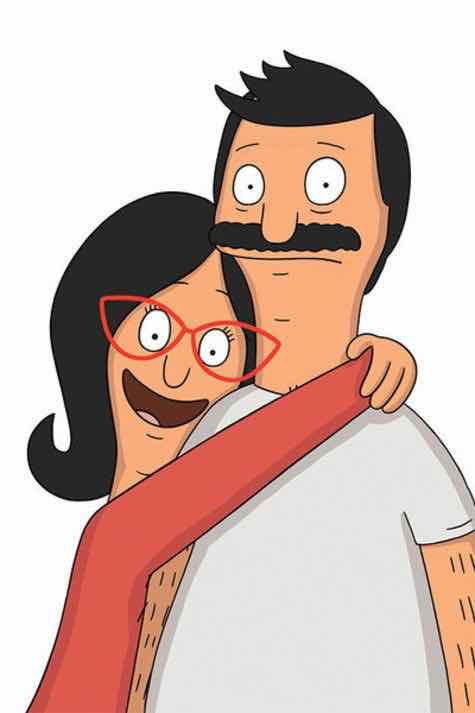 Sure, the more obvious choice would be Homer & Marge Simpson, but Bob & Linda have something truly special. Even with three crazy kids, Bob & Linda accept & love each other through Linda’s larger than life moments and Bob’s grumpy phases. They’re not afraid to call one another out when they are wrong and they do it all with honesty, laughter, and a side of fries. 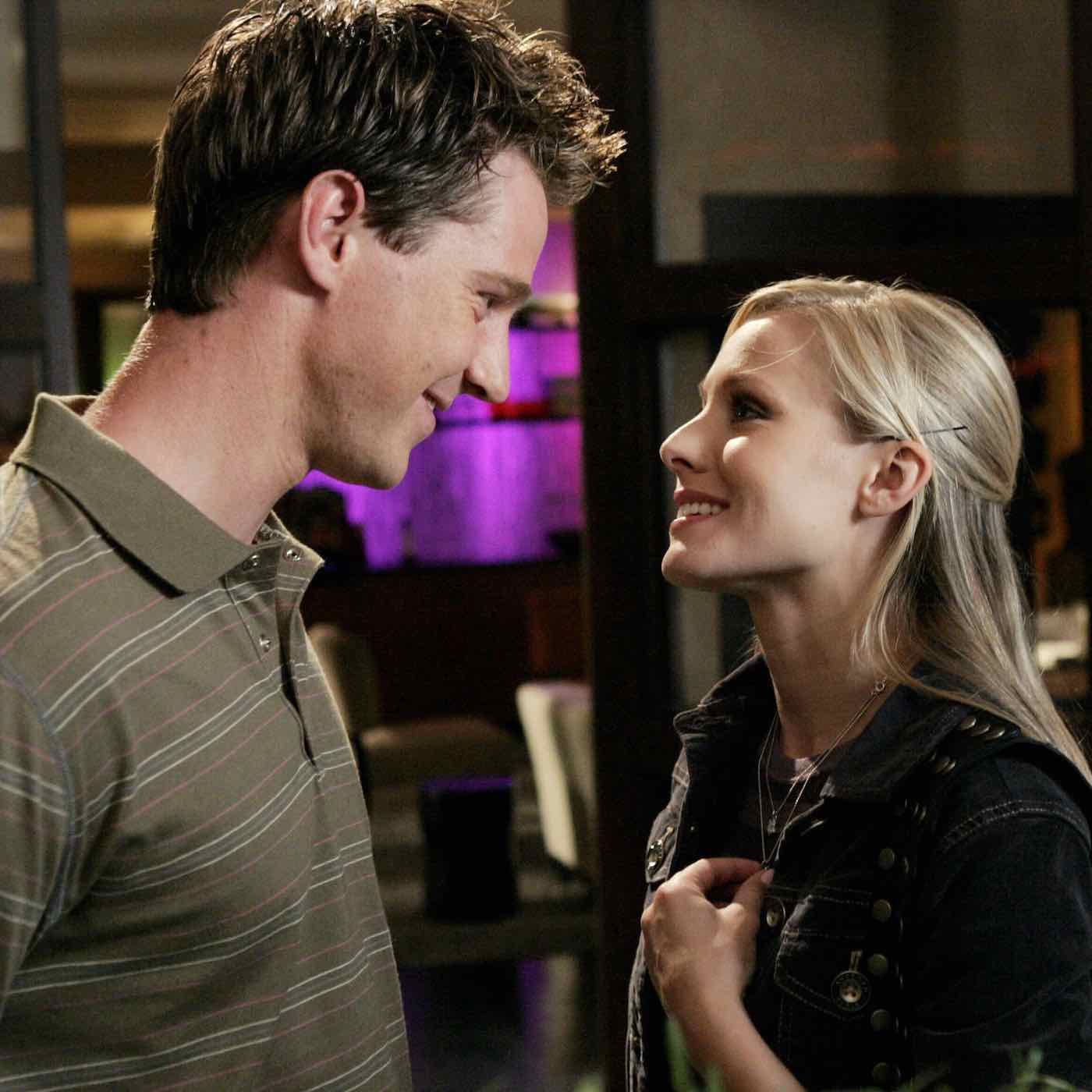 Logan said it himself at the end of season 2. His love story with Veronica was epic, spanning years and continents (Logan joined the military remember?). Lives were ruined and blood was shed. Was the relationship worth the drama? We’d say so since there isn’t a couple in TV history that riffs as well as Logan Echolls and Veronica Mars. 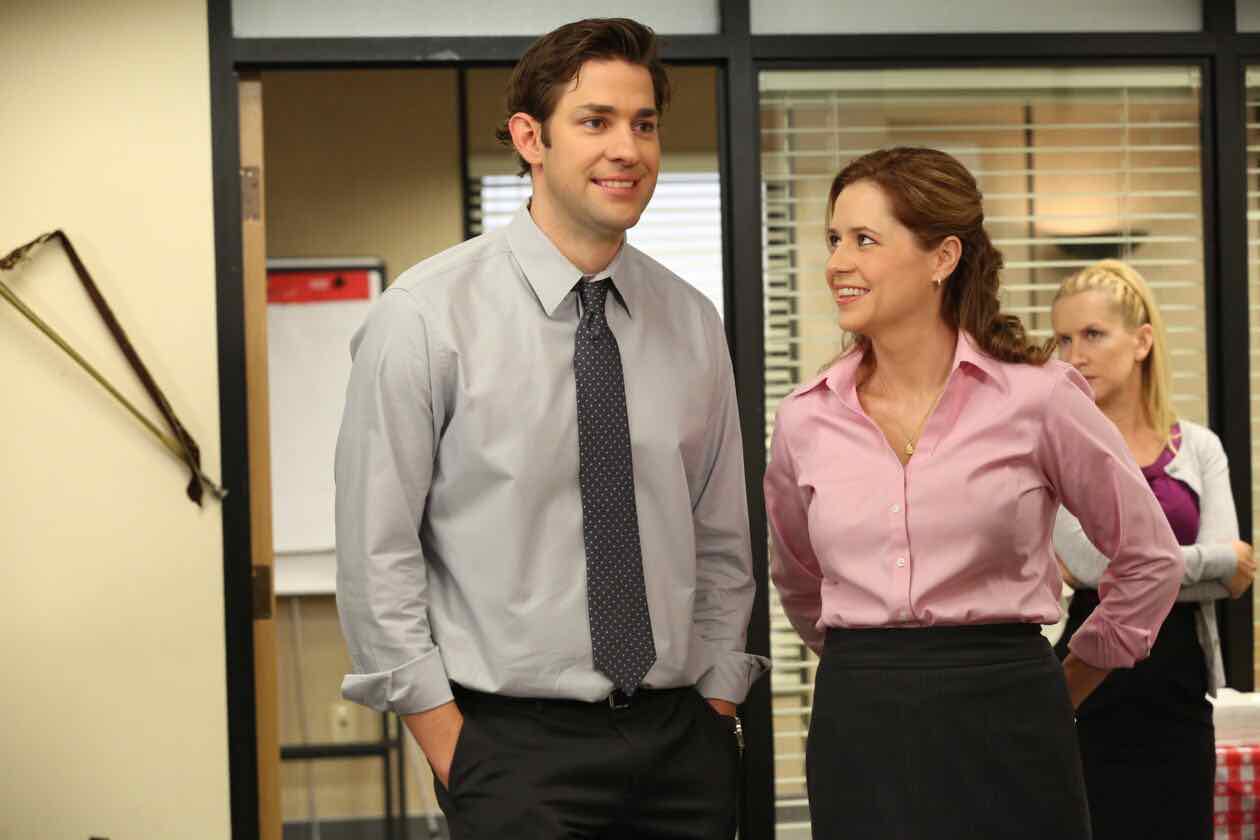 Arguably the quintessential 2000s couple on this list, Jim & Pam were the couple you rooted for. Kelly & Ryan were toxic, Michael’s love life was mostly a mess, and Dwight & Angela you couldn’t really ship. Even if no one in The Office believed in them, we did and we still swoon over that Niagara Falls wedding. 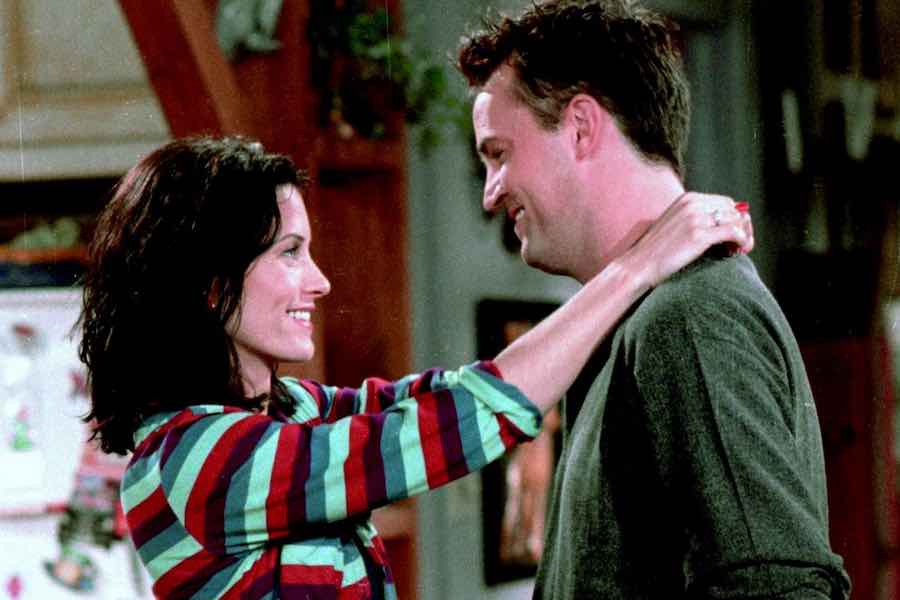 We know, we know. Ross & Rachel were the quintessential “will they/won’t they” couple of the 1990s. But Monica & Chandler were literal couple goals. At the end of each episode, they chose each other. With Chandler’s sarcasm and Monica’s loving nature, they were the most stable & realistic couple on the show. Let’s give them a round of applause (clap clap clap clap). 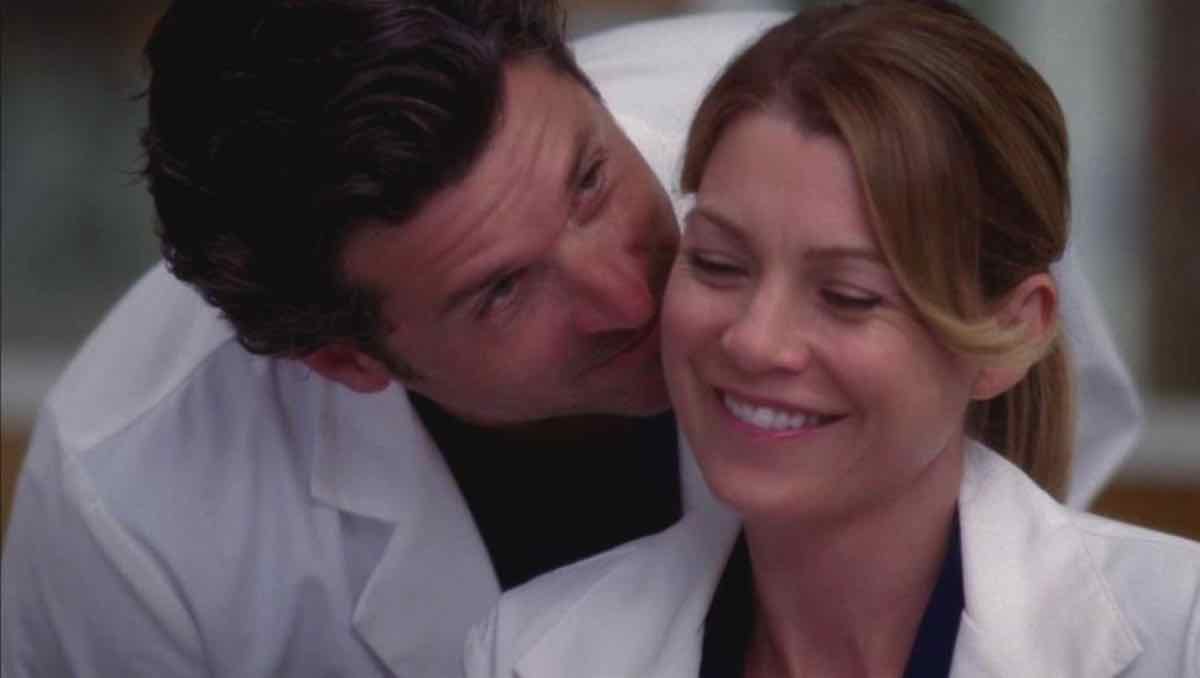 He’s McDreamy. She’s dark & twisty. Even though Grey’s Anatomy turned from medical drama to soap opera long ago, one thing has remained: Meredith & Derek belong together. He’s her true love even though he was killed off in season 11. Even if the show continues on forever (and it probably will) there’s no denying that Merdith & Derek are the kismet pair to trump them all. 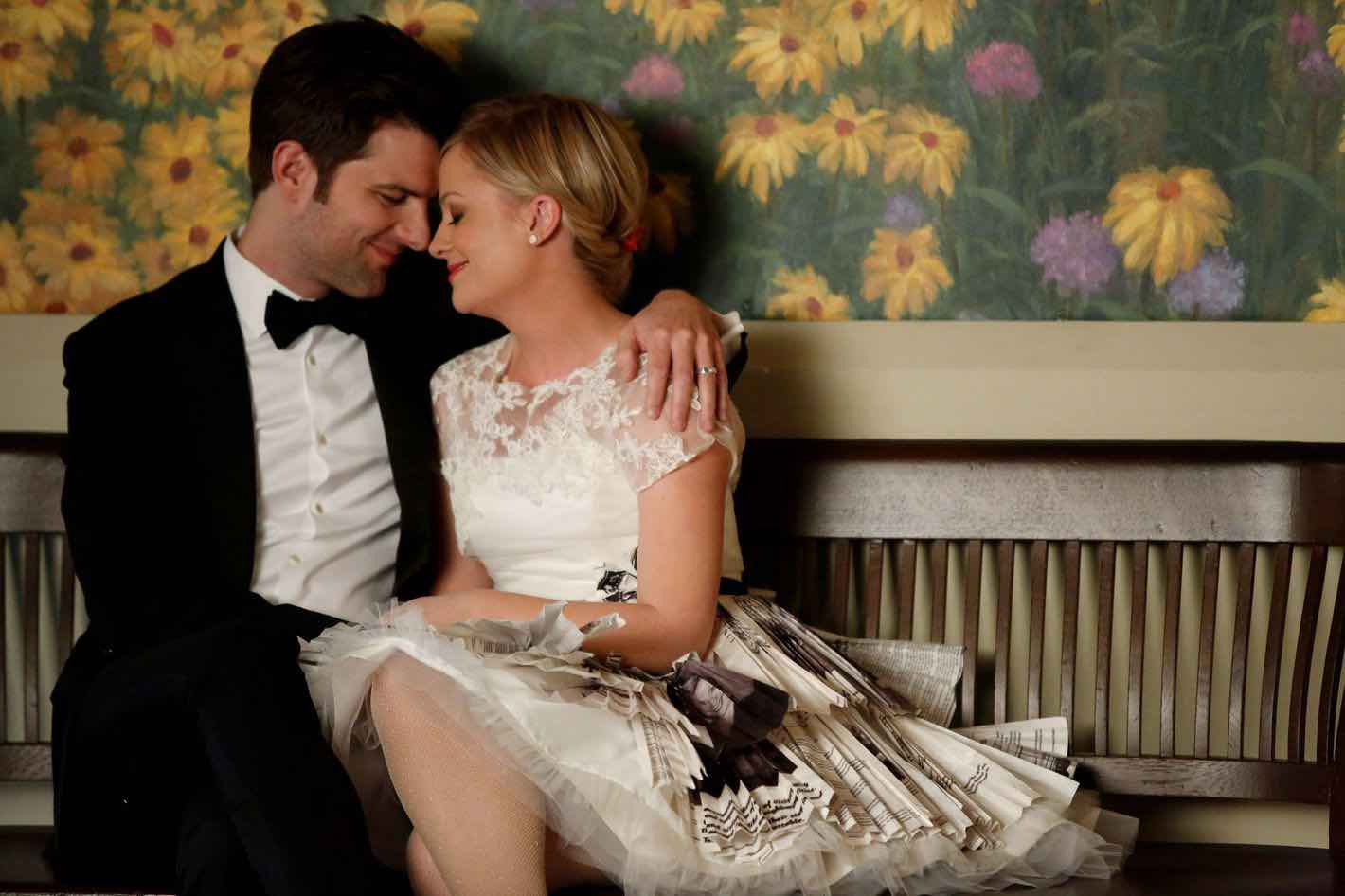 “I love you and I like you.” If any saying can sum up being in a healthy and adult relationship, it’s Ben Wyatt & Leslie Knope’s catchphrase. After a rocky start handling the (literal) politics of a workplace romance, Leslie & Ben finally let themselves have some happiness. Passionate about public servicing and hard-working, the pair supported each other through moves, triplets, and Ben’s stop-motion animation problem.