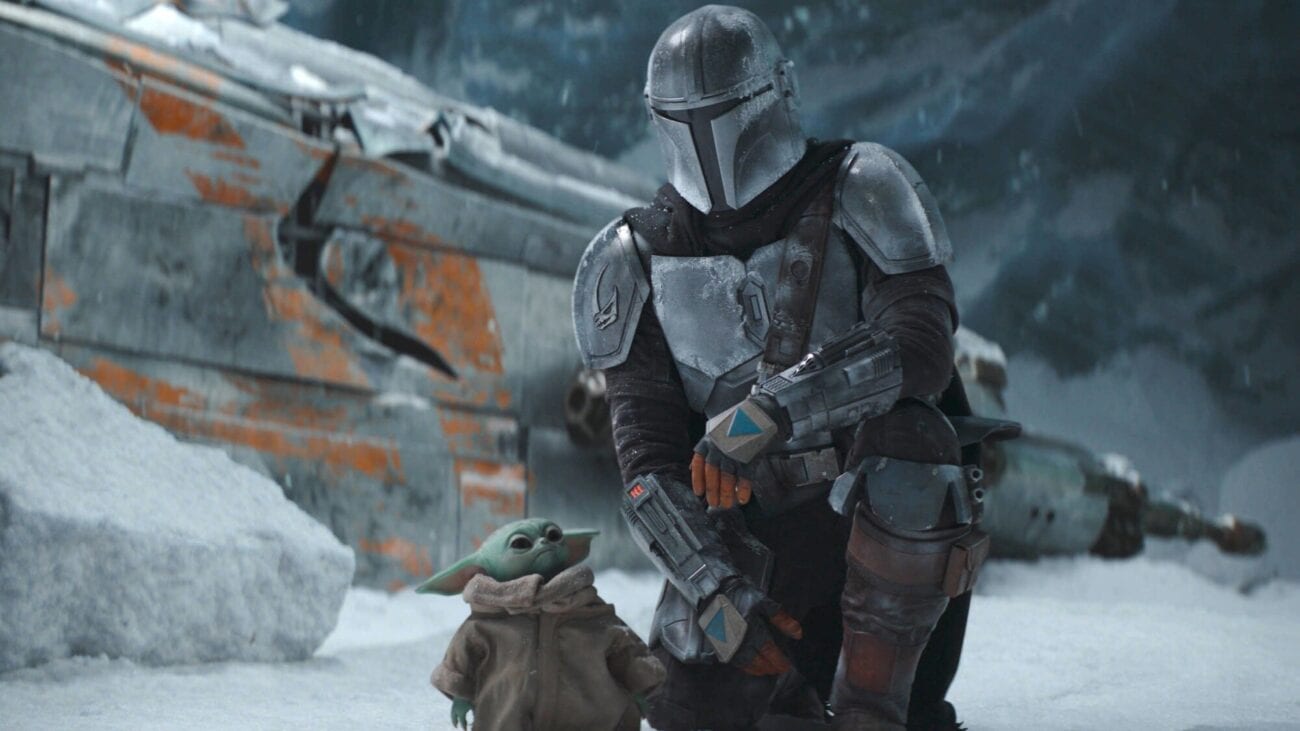 What did we just watch? The last episode of the hit Disney+ show, The Mandalorian, dropped Friday, and it made us go to sleep! We don’t want another bottle episode about the Mandalorian (Pedro Pascal) fighting a bunch of monsters. Get to the good stuff! Where’s Bo Katan? What’s up with the Darksaber?

Yes, we know what pacing is! But since we’re already a quarter of the way through the season and all we’ve gotten was a tease of Boba Fett, we’re beginning to worry. So, what are we worried we’ll miss? Do we think The Mandalorian will fall short of its promises for season 2? 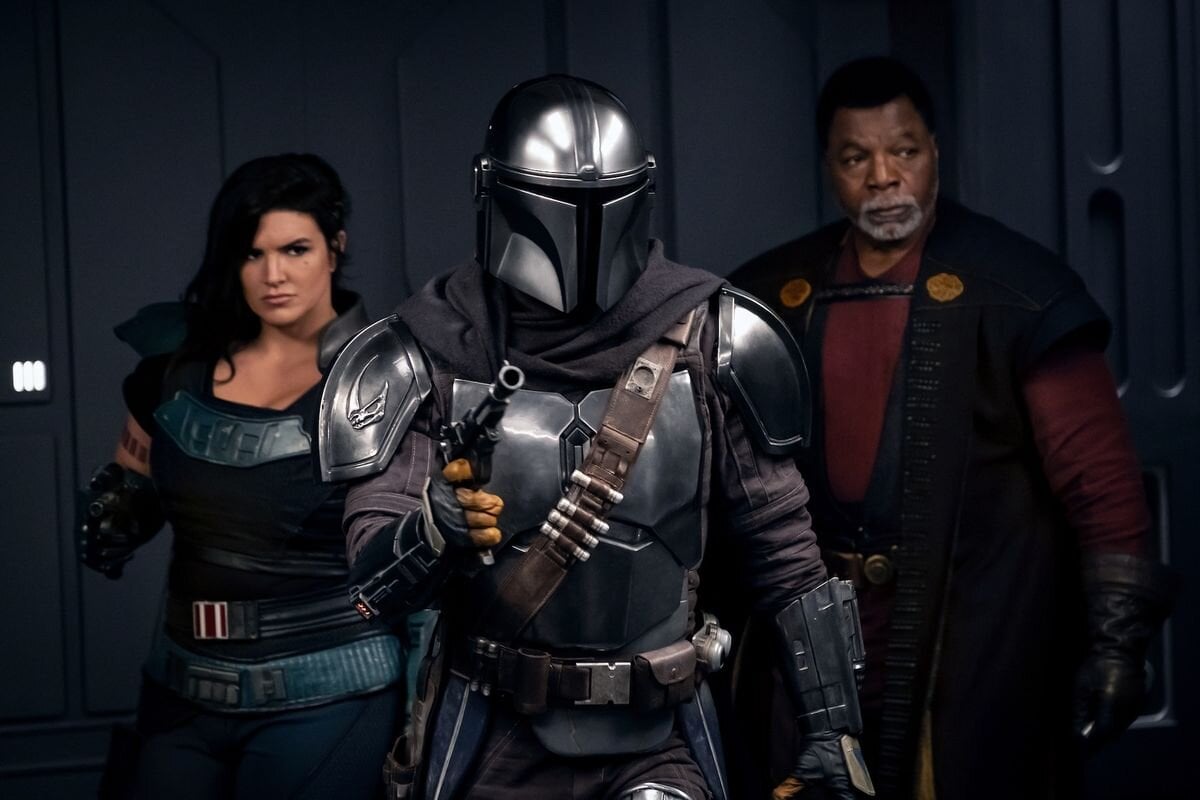 The Mandalorian is probably the only reason most people kept their Disney+ subscription. Disney’s plan to roll out new live action shows got busted when COVID-19 came to town. The only upcoming series to survive the filming moratorium? The Mandalorian season 2, which was able to come out on schedule.

Created by Jon Favreau (Chef, Elf, Iron Man), the first season debuted with critical acclaim. Following the story of the mysterious bounty hunter, season 1 followed his journey from a merciless bounty hunter to the caretaker of a mysterious alien called The Child, a member of Yoda’s species. Fans call this cute little green guy Baby Yoda, and turned him into a million memes.

Last season ended on a cliffhanger; after Mando and his friends escape the clutches of Moff Gideon (Breaking Bad’s Giancarlo Esposito). Unbeknownst to them, Moff Gideon has the Darksaber, a Mandalorian relic belonging to the leader of the Mandalorians. Meanwhile, Mando has to find the Jedi and return The Child to them. 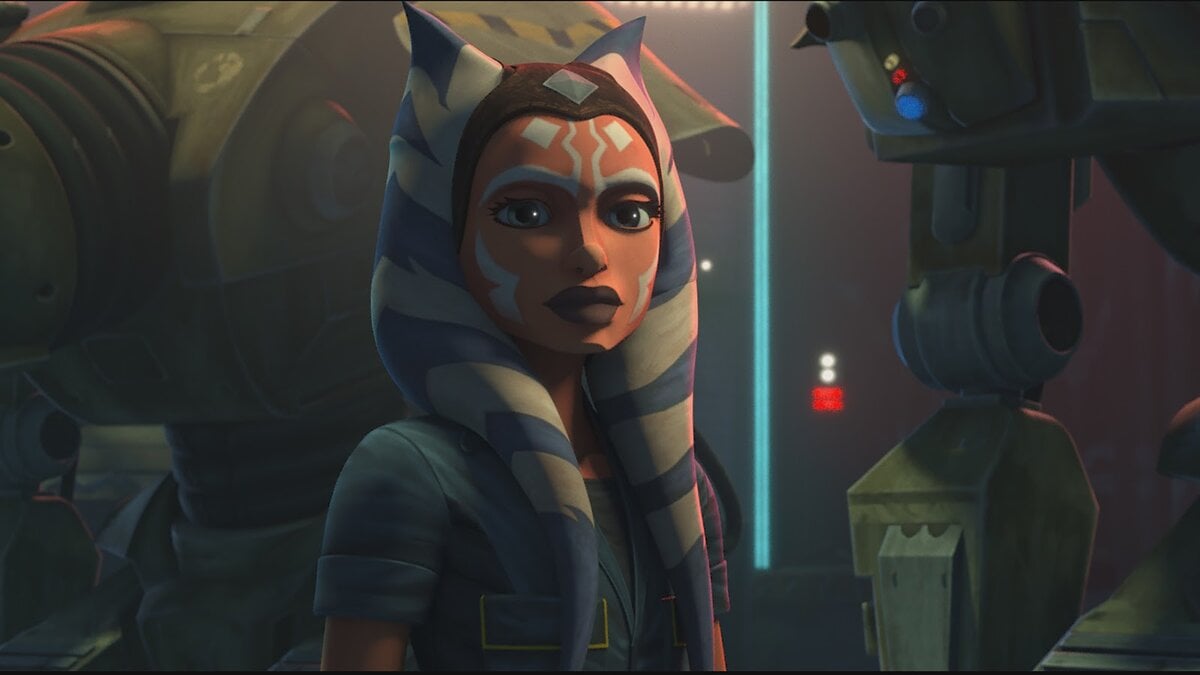 Rumors abounded in March after filming wrapped. Since we were all getting stuck in lockdown, the rumors about The Mandalorian left us in anticipation. Aside from the cliffhangers in season 1, we got some exciting news about season 2.

One of the first was from Slashfilm, which claimed Rosario Dawson would play Star Wars fan favorite Ahsoka Tano. Anakin Skywalker’s scrappy Togrutan padawan from The Clone Wars became a fan favorite as her character developed through the series. She’s only been animated, appearing in Clone Wars and later, Star Wars Rebels.

Two unofficial sources who allegedly worked on set told Slashfilm they saw Dawson on set, and fans ran with it, especially since Ahsoka Tano’s creator, Dave Filoni, would be involved in The Mandalorian season 2. In an interview with CinemaBlend in May, Dave Filoni played coy with the rumors about Ahsoka coming to The Mandalorian, giving a long-winded non-answer. 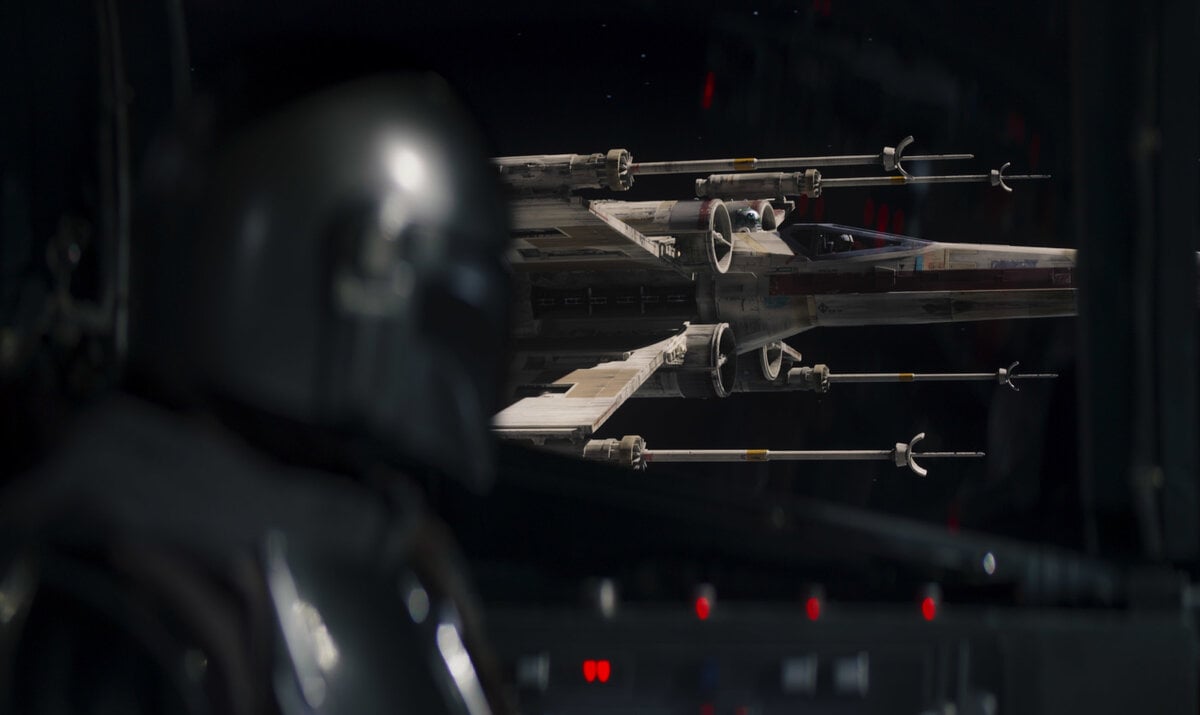 The first quarter of the season

Spoilers ahead for Episode 2, “The Passenger”!

At long last, here we are! Episodes 1 and 2 premiered last week and this week. Was it all we dreamed it would be? So far . . . no. While we believe Jon Favreau is dragging it out as long as possible to create suspense and stay true to the unmistakable cowboy show vibe, we have two episodes that tell us little to nothing about where the plot is going.

The premiere did show Temuera Morrison (New Zealand actor who played Jango Fett, Boba Fett’s father, and voiced the clones in Star Wars: Battlefront and Battlefront II) making an appearance at the end, alleged to be Boba Fett.

Other than the all-but-confirmed Boba Fett reveal, the plots of the first two episodes are insular. The Mandalorian must help Tattoine villagers & Tusken Raiders rid themselves of a krayt dragon at the behest of the village marshall Cobb Vanth (Timothy Olyphant). In the second episode, Mando has to deliver a frog alien to the moon Trask in exchange for information on where the jedi are. 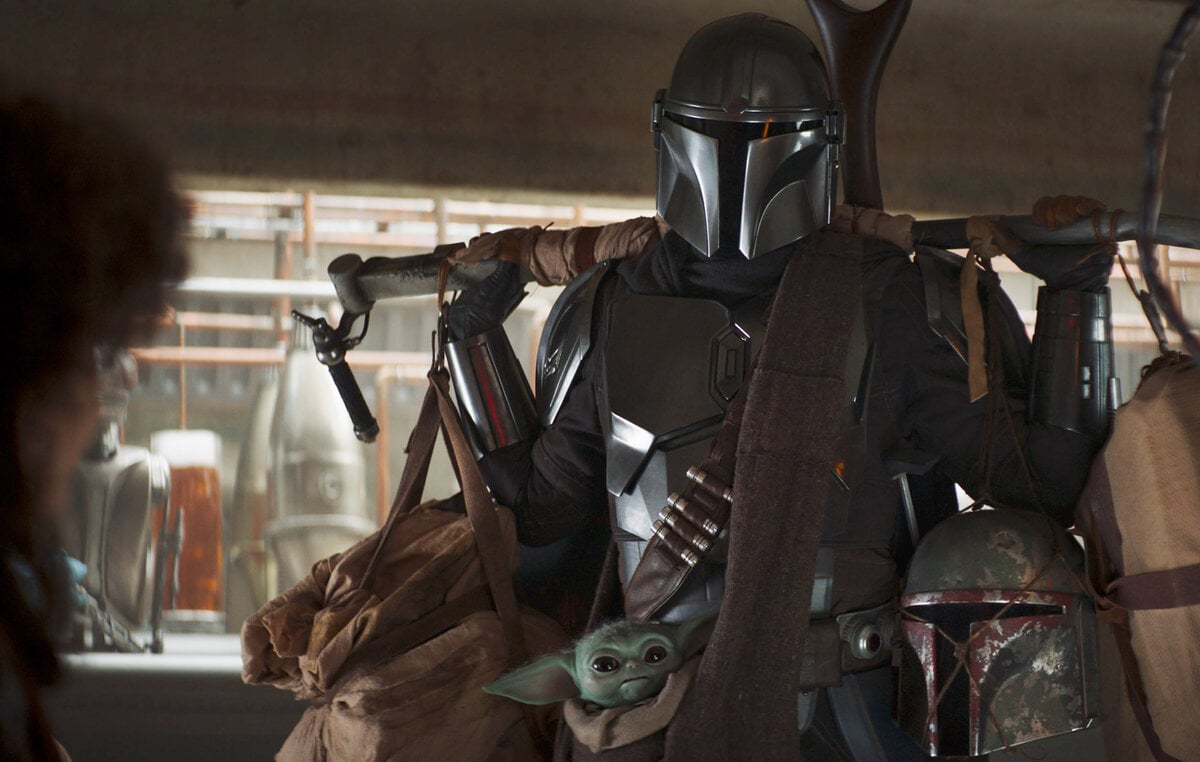 Is it a smooth ride? Nope. Mando cannot go to Trask with his hyperdrive. Why? The frog alien is the last of her species, and will go extinct if she cannot get to Trask so her husband can fertilize her eggs. The eggs will be damaged at light speed, so they have to crawl through space to get to Trask.

On the way, some New Republic X-wings intercept Mando’s ship and a chase ensues. Mando is a wanted man thanks to the jailbreak in season 1, so he tries to dodge the New Republic pilots in an icy canyon, where he gets stuck. Cue some monstrous spiders and a running gag where Baby Yoda tries to eat the frog alien’s eggs. Mando ends up having to “limp to Trask” with a barely-functional ship.

According to Screenrant, The Mandalorian needs “a better story”. It relies too much on Star Wars nostalgia, beautiful cinematography, and Baby Yoda’s cuteness. “Firmly planted on the adorable and surprise presence of ‘the Child’ (Baby Yoda) – season 1 of The Mandalorian sees the emotional shield of its titular lead character crumble, as the fearsome bounty hunter and warrior becomes a weapons-bearing guardian for the young asset.”

Although The Mandalorian is critically acclaimed, with a 8.9 score on IMDb and 94% on Rotten Tomatoes, Screenrant further argues the flaws of the series are hidden with good cinematography.

To be fair, the show looks beautiful. However, the bottle episodes in season 1 were repetitive, the story played things too safe, and while elements from season 1 are coming back to bite Mando (we wonder how Moff Gideon being left alive will play out in season 2), we still know when the deus ex machinas are coming. 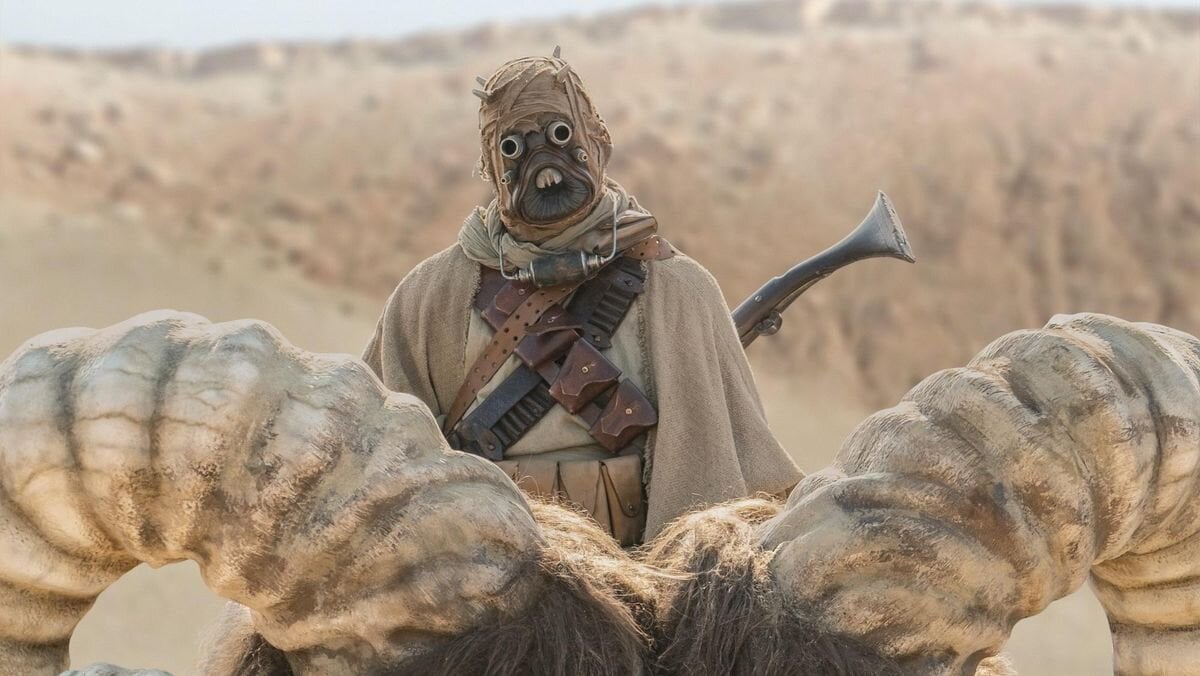 USA Today asserts “Season 2 of The Mandalorian is a lot more of the same” and the “season premiere lands kind of dully.” They didn’t think the last-minute twist at the end of the season 2 premiere lifted the series, as it’s just one in a series of plot threads we’re anxiously waiting on a resolution for.

Further, USA Today points out The Mandalorian season 2 is falling into the same pattern as season 1 – exciting aesthetics over story, which so far, is a series of recycled western plots in space. Indeed, The Mandalorian’s visor shape was inspired by Clint Eastwood’s hawk eyes, so we’re guessing the episode plots were inspired by his cowboy movies.