‘The Mandalorian’: Here’s where it fits in the ‘Star Wars’ universe’s timeline

Last weekend our Star Wars frenzy was renewed as the first episode of The Mandalorian season 2 hit Disney Plus. We were all reunited with our precious Baby Yoda and thrown into another enthralling adventure with our masked mercenary lead.

In this season, the Mandalorian “Mando” continues his quest to return Baby Yoda to the “order of sorcerers” (aka Jedi) from whence the child likely came. The journey will undoubtedly hit a few snags along the way – as already seen in episode 1. Mando will stumble into all kinds of Star Wars lore we’ve been desperately waiting to see resurface.

After the big reveal at the end of season 2 episode 1 “The Marshal” (which we will discuss below), you may be wondering how previous Star Wars films fit into The Mandalorian. Well, it’s about time you brush up on your Star Wars lore. Where does The Mandalorian sit on the epic Star Wars universe timeline?

(Be warned: spoilers are ahead!) 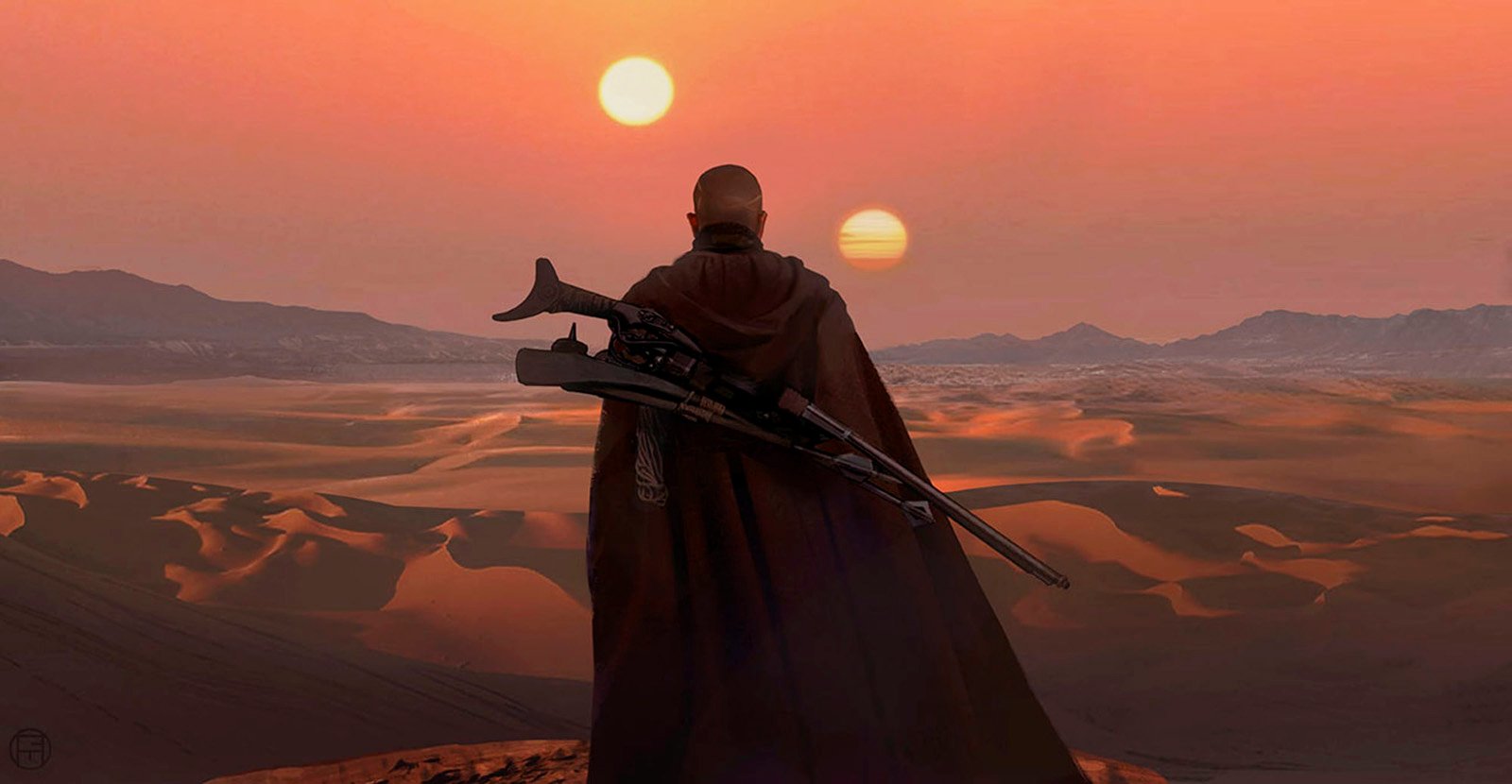 Blaster from the past

The Star Wars timeline is particularly important to understand this season because characters we’ve seen before in previous Star Wars installations are rising from the ashes. The Mandalorian continues the story after the original trilogy – meaning the last cannon Star Wars content was in Return of the Jedi.

When self-appointed Marshal Cobb Vanth (Timothy Olyphant) first enters the scene in episode 1, he’s decked out in Mandalorian armor that is very familiar. In fact, there are many reasons to believe this is classic bounty hunter Boba Fett’s exact armor. Especially because we sort of, well, see Boba Fett (or Temuera Morrison who played Boba Fett’s father & clone in the prequels.)

Technically it’s a leap to assume the character who appeared at the end of “The Marshal” is Boba Fett. Especially considering that Boba Fett was presumed dead last time we saw him. The Mandalorian bounty hunter was eaten by the Sarlacc, to be digested over many years. Fett’s supposed return implies that he found a way to escape the monster’s giant gullet and survive. 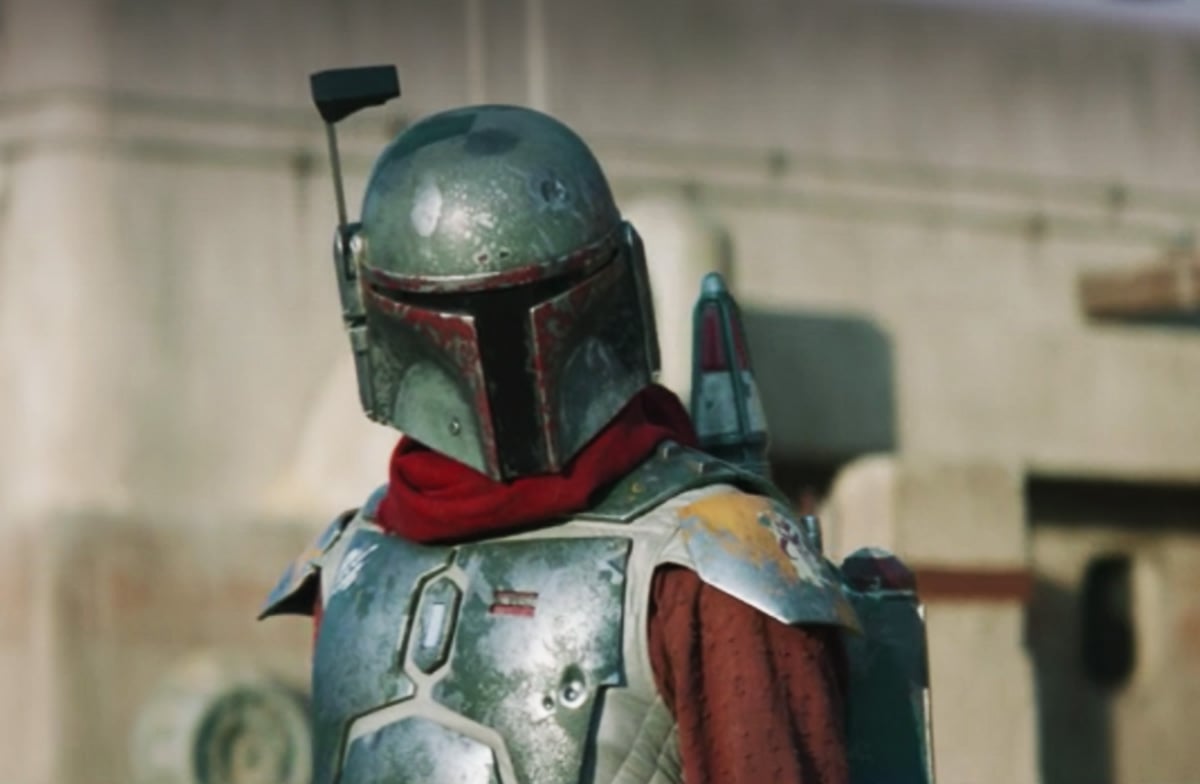 Could Temuera Morrison really play anyone but Boba Fett? Technically because Morrison played Jango Fett who was cloned, he could be any clone (including Boba Fett.) That would be a strange & cruel twist – would Disney really do that to us?

Because Star Wars content has been expanded into many stories (many non-canon), some have focused on how Boba could have gotten out of the Sarlacc. In Tales from Jabba’s Palace, for example, Boba Fett forces the Sarlacc to contract around his jetpack until it explodes, managing to free himself in the process.

Looking more closely at the Star Wars timeline reveals that Return of the Jedi took place five years before The Mandalorian. That spurs some questions: How long did it take for Fett to escape? How did he get separated from his armor, and why hasn’t he tried to get it back from the Jawas? Luckily, these questions are likely to be explored in later episodes this season. 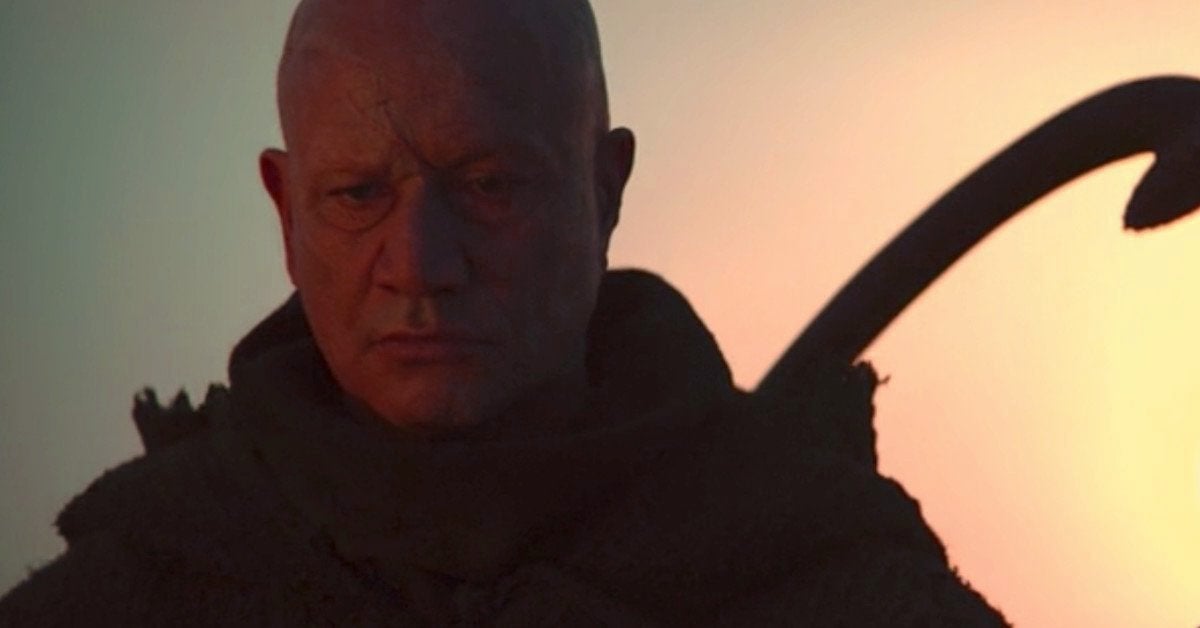 So, when is all this happening?

Temuera Morrison starred in the Star Wars prequel trilogy which came out after the original trilogy which happened right before The Mandalorian which took place before the newest trilogy which wrapped up last year.

Huh?! Yeah, we see why you might be confused at this point. The Star Wars galaxy is vast and ever-expanding through movies, books, & TV that occur at different points in history. Clear your mind of that atrocious jumble of Star Wars time jumps. We’ll straighten it out for you. 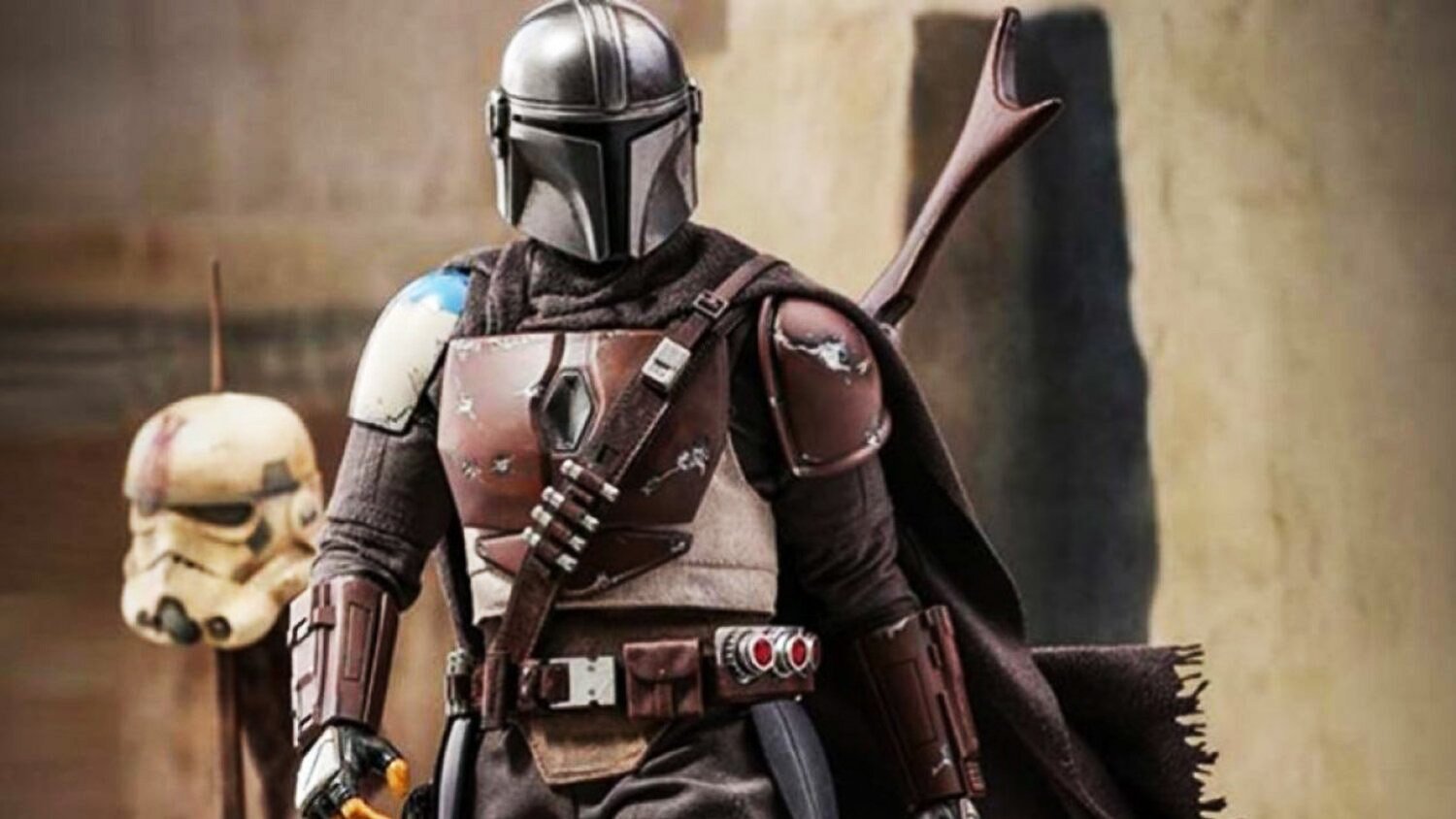 Before running with exciting new theories about Boba Fett or the rest of The Mandalorian season 2, here’s a look at the grander Star Wars timeline to secure your footing.

The Mandalorian fits right in between Return of the Jedi and The Force Awakens. This means The Mandalorian story happens after the original trilogy and before the new trilogy. This window between films is a gap of thirty years.

To be more precise on the timeline, The Mandalorian takes place around 9 ABY (after the Battle of Yavin, the attack on the first Death Star) which is five years after Episode VI: Return of the Jedi. The events in Episode VII: The Force Awakens don’t happen until 34 ABY. 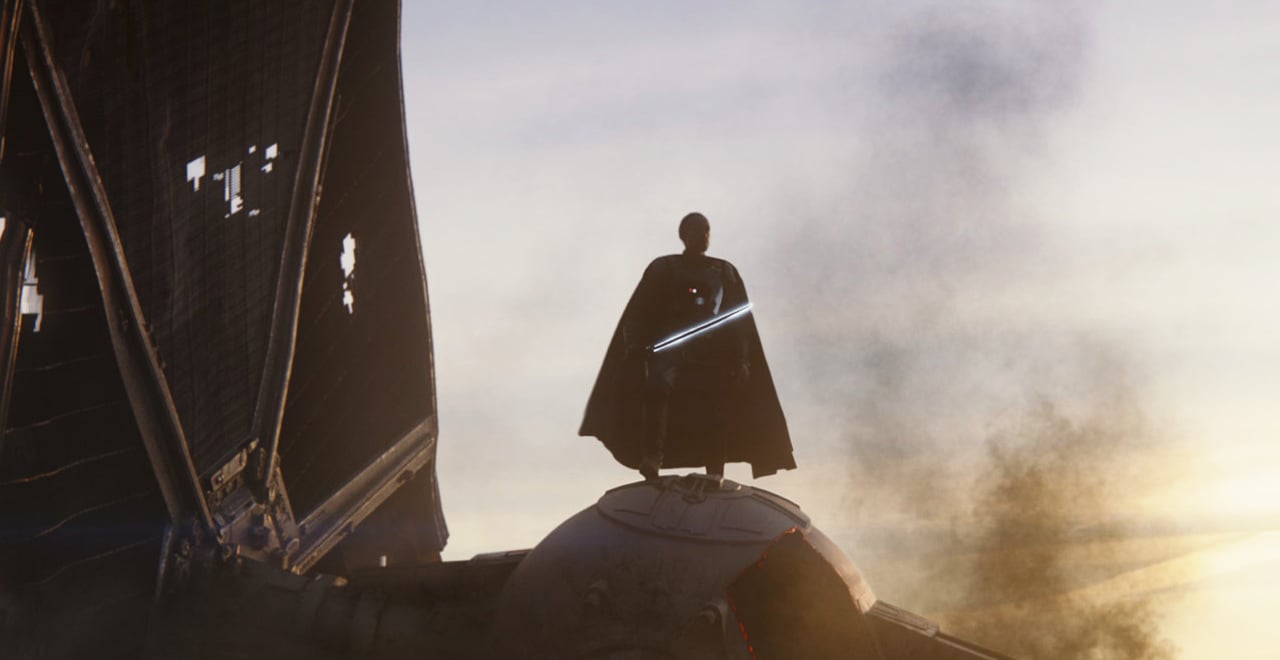 While it’s fun to make connections around the Star Wars universe, remember that it’s a big galaxy and it’s possible to enjoy the series without being an expert. However, if you really enjoy drawing connections across Star Wars movies & shows, here are some other pressing queries about The Mandalorian timeline.

One focus Star Wars fans have is the rise of the First Order, the second wave of the Empire’s reign after they were defeated in Return of the Jedi. The Mandalorian is in the time period when the New Republic (newly formed by the Rebel Alliance) struggles to tie the galaxy together. 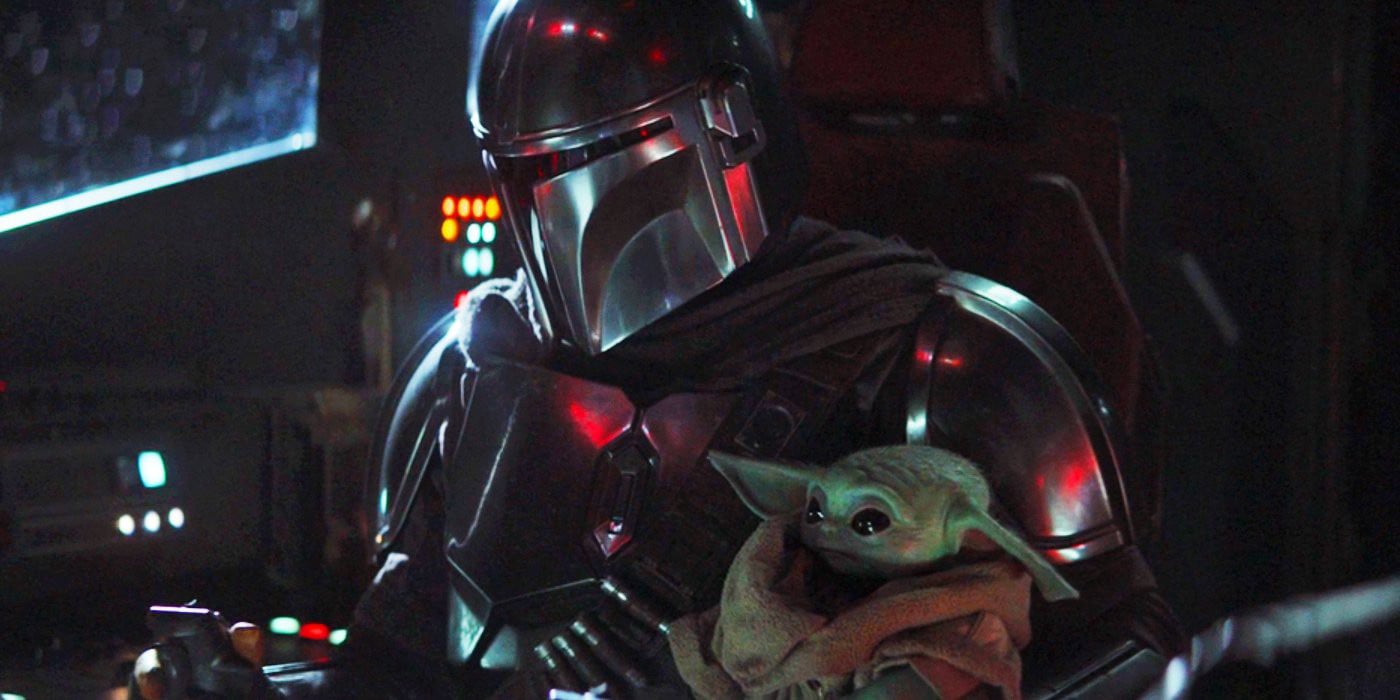 So far in The Mandalorian, we’ve been able to see remnants of the Empire establish an impressive presence in the Outer Rim worlds, where The Mandalorian takes place. In season 1, Mando’s first bounty is given by these Imperial forces (capturing Baby Yoda.)

In The Mandalorian season 1 finale, we end up seeing the foreboding strength of Imperial Officer Moff Gideon & his platoon of stormtroopers. Moff Gideon is seen wielding a dark lightsaber which, if you know the lore, is called the Darksaber, constructed by the first & only Mandalorian Jedi during The Clone Wars. We’ll have to see how Gideon got it and how he’ll use it.

Did we answer your questions? Be sure to check out our other articles if you’re looking for more information about The Mandalorian timeline. 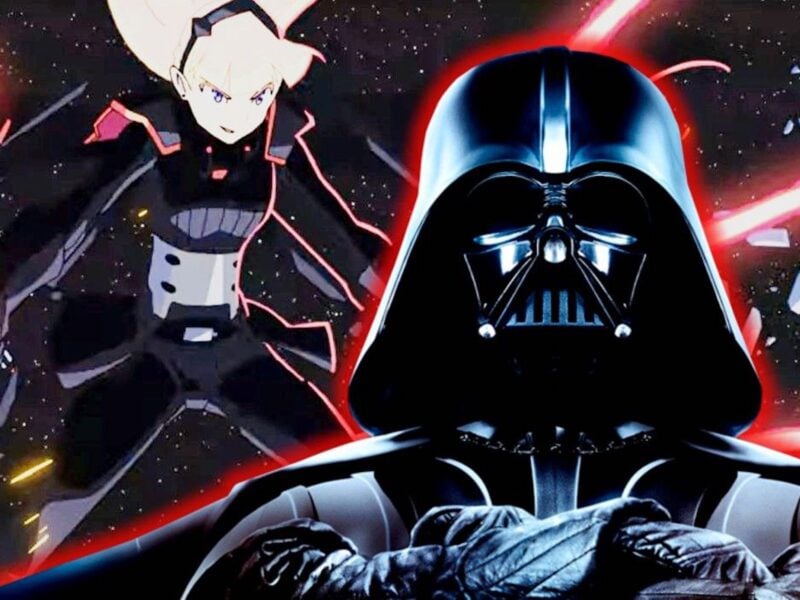