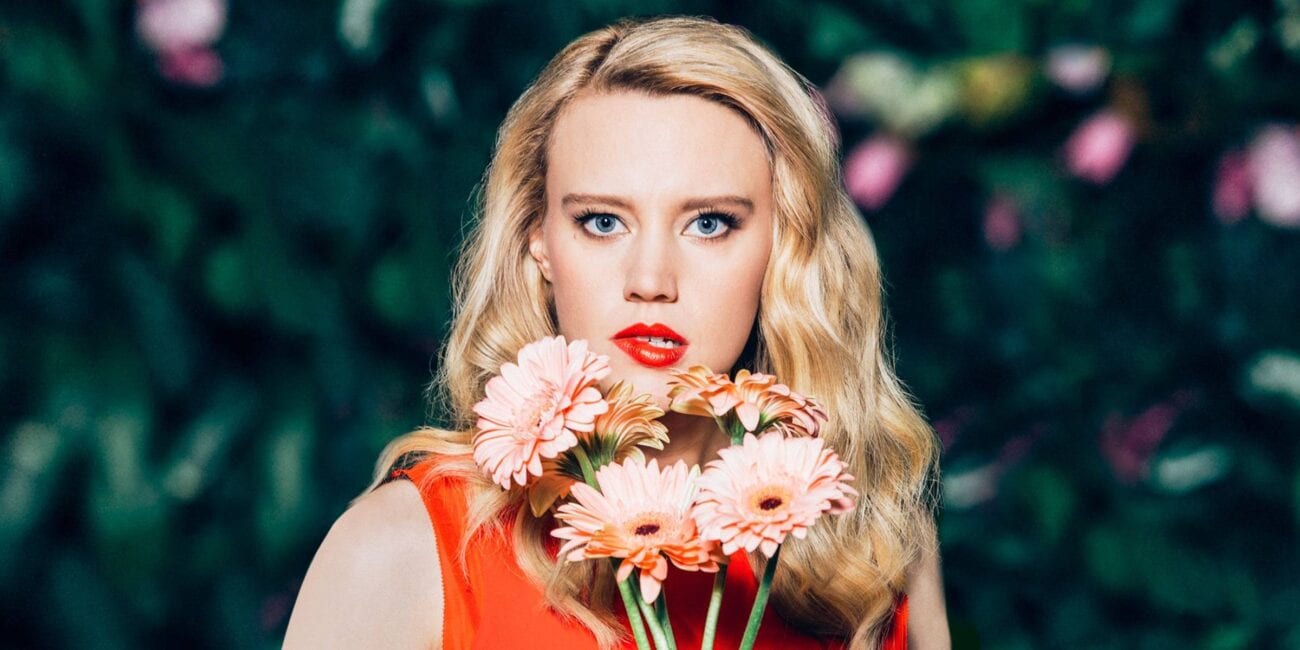 Part of Saturday Night Live’s impressive lineup, Kate McKinnon is a versatile comedian who played a variety of characters on the show. McKinnon returned to SNL season 46 after renewing her contract with NBC last year as full-time cast.

Kate McKinnon is known for her vast repertoire of celebrity & political impersonations, making her the star of SNL. With a stunning talent for imitating accents, characters and famous personalities, McKinnon makes a talented actress.

Kate McKinnon shot to fame when her impersonations of presidential candidate Hilary Clinton on SNL won her two Emmys for Outstanding Actress in a Comedy Series in 2016 & 2017 respectively. 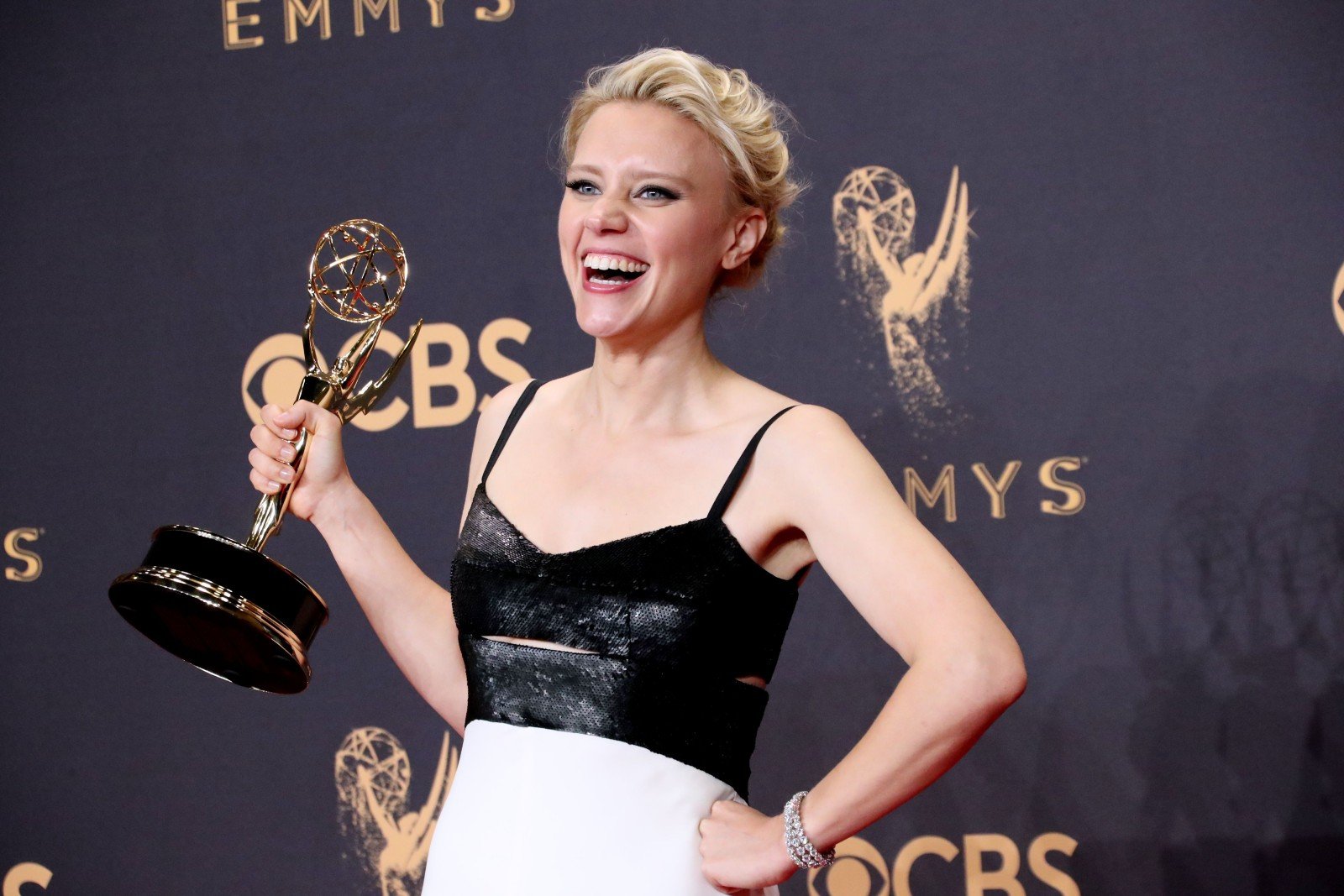 SNL transitioned into a virtually-produced show from an in-studio production when the global pandemic hit and required everyone to quarantine at home. The change didn’t stop the show from airing some brilliant comedy sketches with Kate McKinnon being one of the main players.

For people who say Kate McKinnon can only do one impression, here are some of her genius performances on SNL: 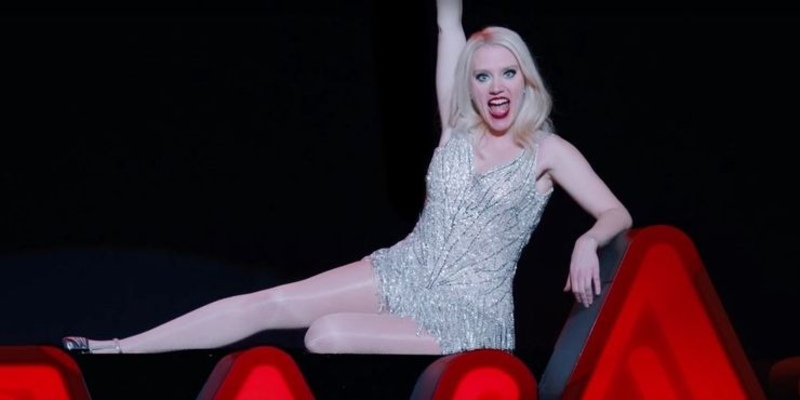 One of the most popular sketches of Conway by McKinnon was “Kellywise” – a satirical remake of the dancing clown, Pennywise from the movie It. The YouTube video for it garnered 19 million views as McKinnon was both praised & criticized for it. 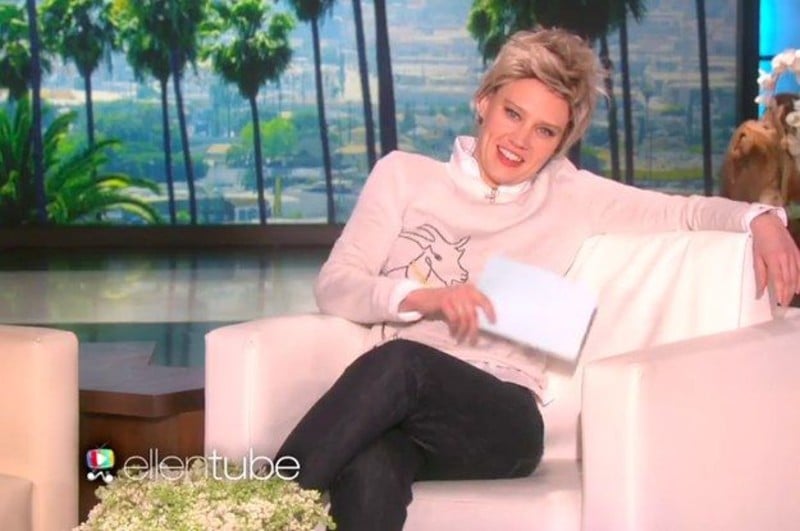 At the start of her SNL career, Kate McKinnon played a very convincing Ellen DeGeneres, the infamous talk show host, and proved her immense potential to viewers. The strikingly exaggerated portrayal of DeGeneres makes for a hilarious sketch. While doing so, McKinnon pokes fun at the TV show host’s “nice” persona and delivers a high energy performance.

Kate McKinnon’s impersonation of Ellen DeGeneres added more reason for her double Emmy-win in 2016 as she thanked DeGeneres in her award speech. 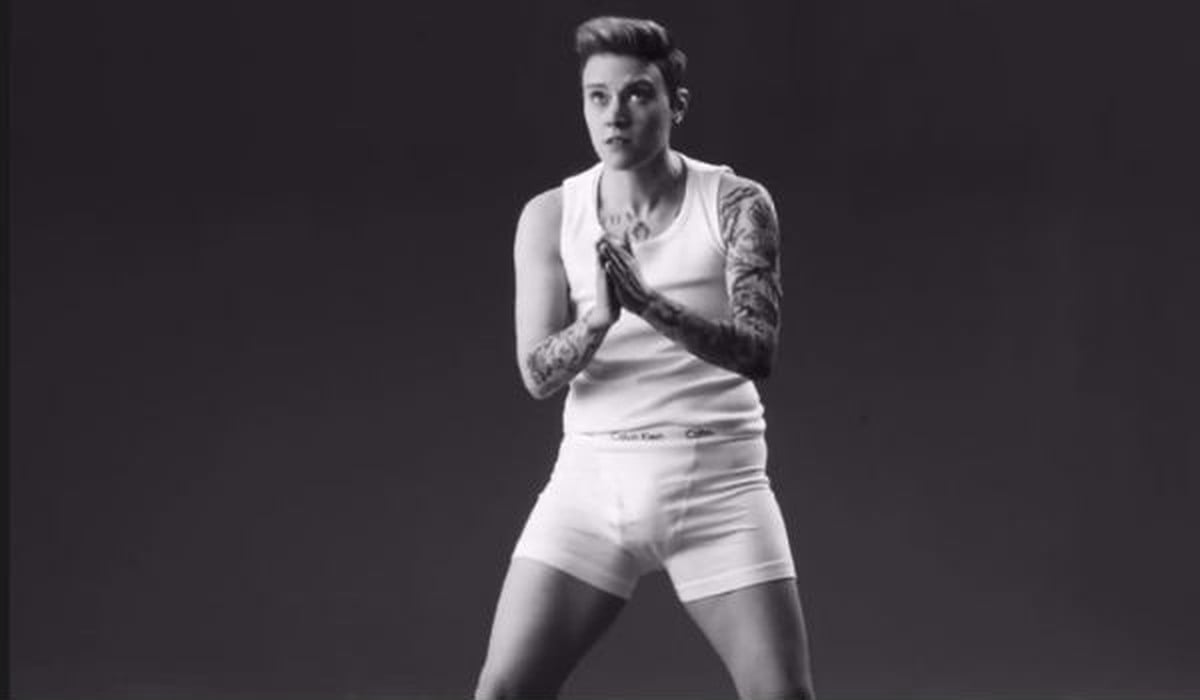 More impressive than her vocal talent – Kate McKinnon’s physical appearance as Justin Bieber for the comedy sketch is mind blowingly innovative. The crowd went wild every time she appeared on stage as Bieber. 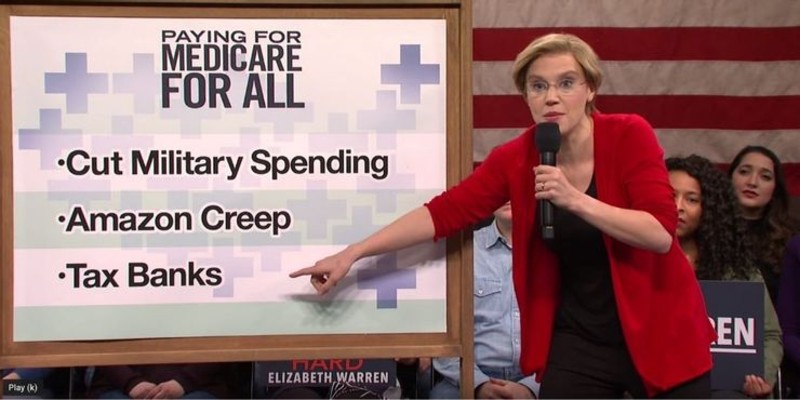 Among the plethora of political personalities Kate McKinnon impersonated, Democrat Elizabeth Warren is another one to remember. McKinnon takes on the role with the aura of a cool aunt.

Without seeming insulting, the skillful comedienne depicts Warren in a hilariously wholesome manner, exaggerating her agreeable qualities in a calm, husky tone. 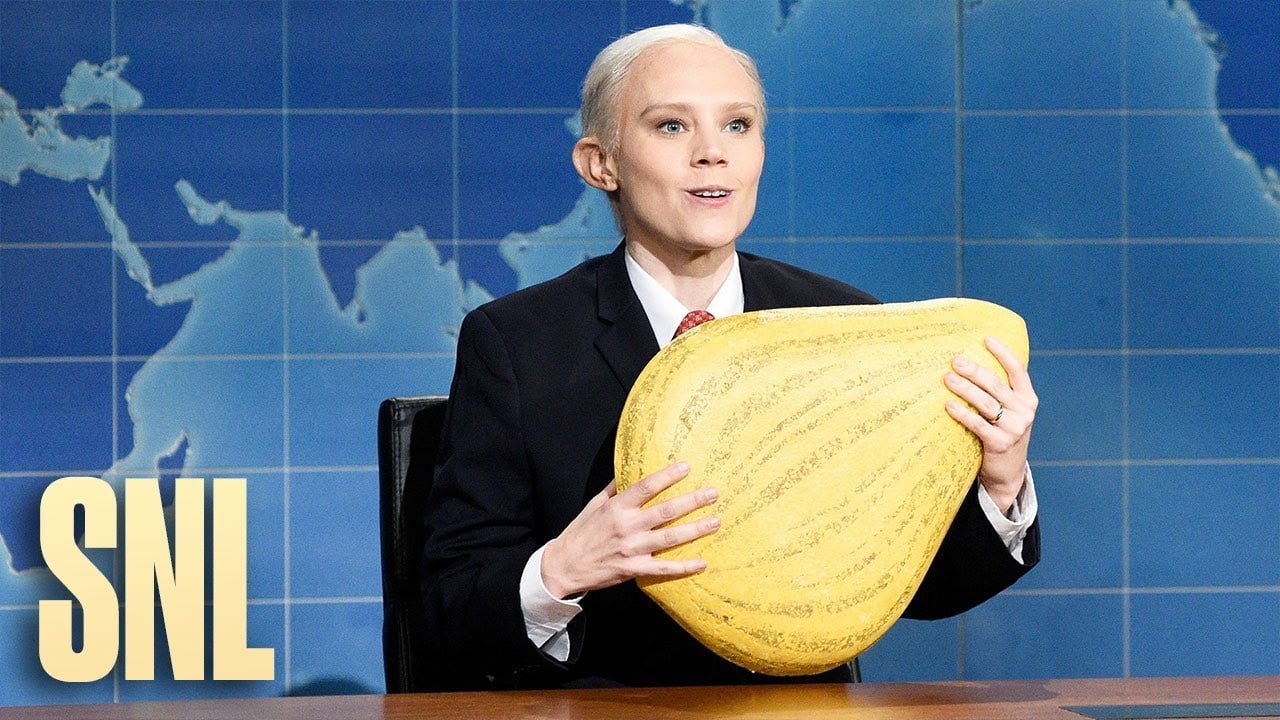 The preposterous display of Jeff Sessions caused the audiences to roar in laughter as Kate McKinnon fully immersed herself in the role. 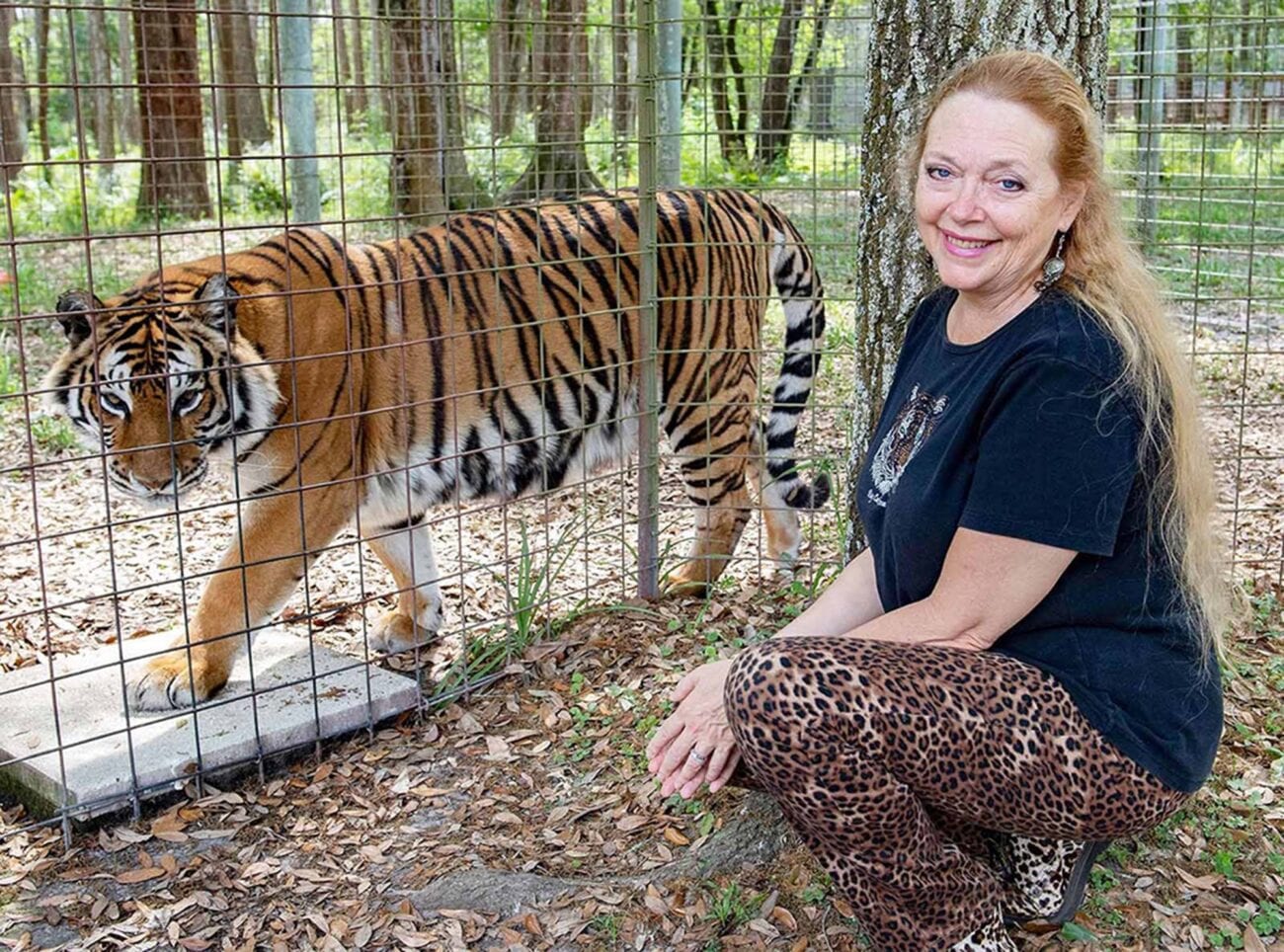 Over the years, Kate McKinnon dazzled her audiences with witty takes on some of the most influential personalities in modern-day. Her long list of accolades sparked a new opportunity in NBC’s upcoming limited series based on the wildly famous Joe Exotic of Netflix’s Tiger King.

According to TVLine, Kate McKinnon has been casted as the eccentric, “Mother Teresa of Cats” animal activist Carole Baskin.  Baskin’s feud with Joe Exotic and her umbrage with his unethical animal breeding tactics could be highlighted in the series as it was in the Netflix show.

The SNL star is set to tackle the new challenge as reportedly, McKinnon has been spending time with Carole Baskin to learn about her characteristics & more for the upcoming series. Based on Wondery’s Joe Exotic: Tiger King podcast, we wonder how the new NBC show will turn out. However, as proved time & again, we believe Kate McKinnon will kill it as usual!

What are some of your favorite impressions by Kate McKinnon? Let us know in the comments!