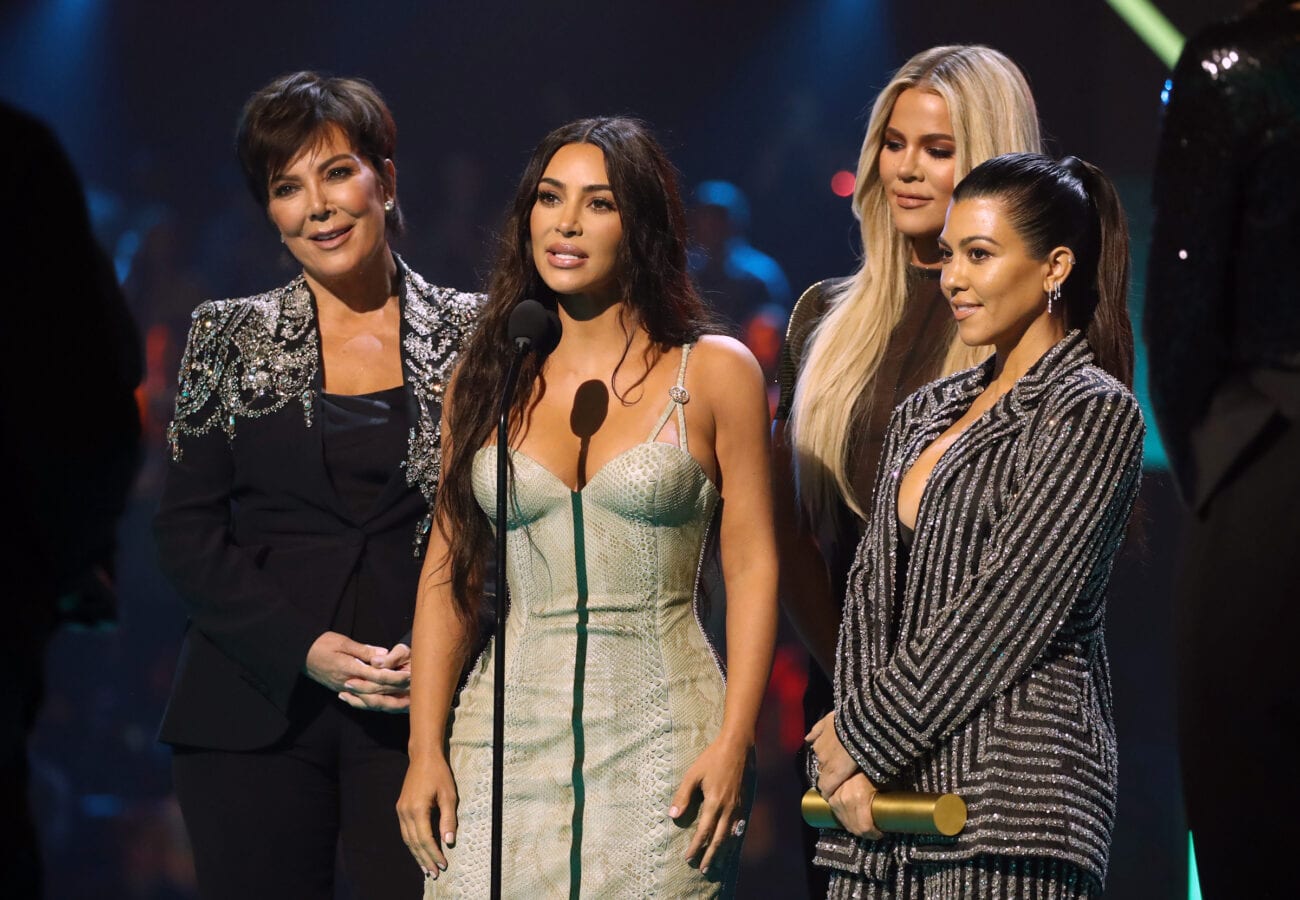 When you mix unrealistic beauty standards and the crazy technology we have right at our fingertips, it’s not a huge surprise that some celebs take their Photoshopping a little to the . . . extreme. No one falls prey to that trend like the Kardashians. Take a look at their most hilarious Instagram Photoshop fails of 2020. 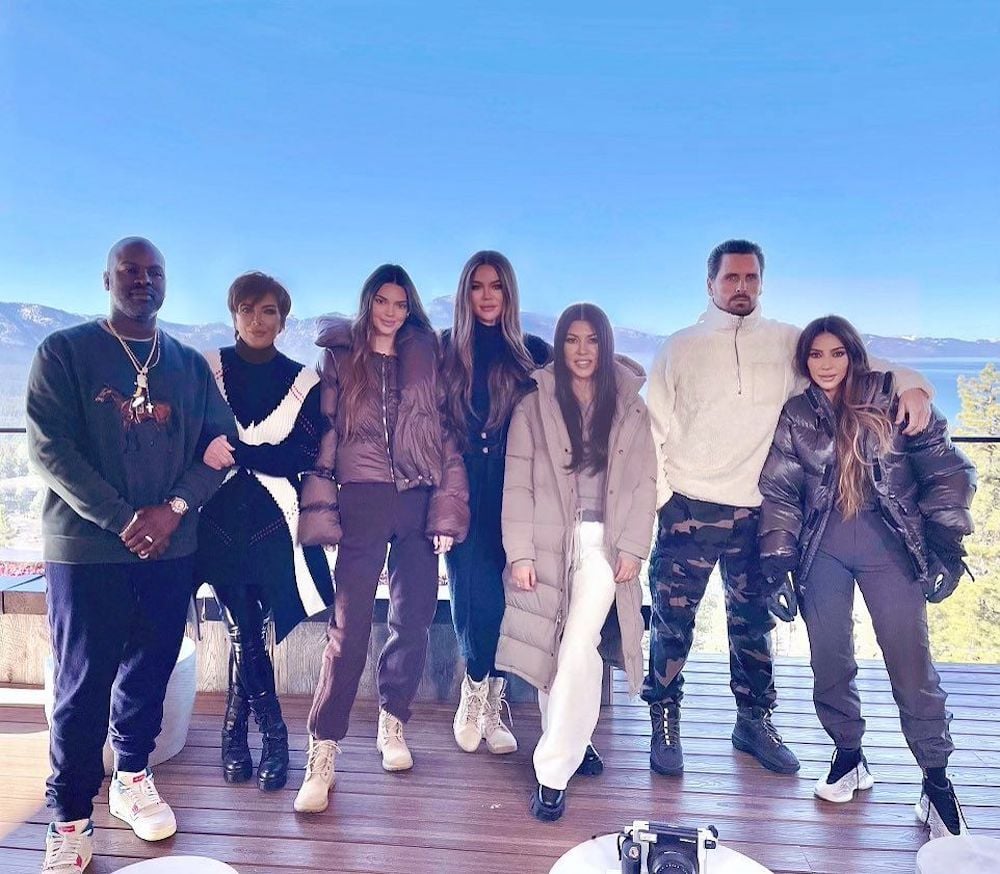 On Wednesday, Kim Kardashian posted a pic of her and her fam, captioned “Tahoe w the fam”. Included in the photo are Kim, Kourney Kardashian, Kris Jenner, Corey Gamble, Kendall Jenner, Khloé Kardashian, and Scott Disick, posing in front of scenic Lake Tahoe.

But in a Kardashian family photo, not everything is always as it seems. In the pic, Kourtney is surrounded by a bizarre glow that has fans speculating that she was actually Photoshopped in. This wouldn’t necessarily be front-page news, were it not for the famous feud between Kim & her sis.

Fans took on detective roles the second the photo showed up on the internet. One fan asked “Why does Kourt look Photoshopped in,” while another remarked that “half of them look edited into the picture LMAO”. Another user speculated that “Kourtney either got shopped in or she’s feeling ghostly today.” 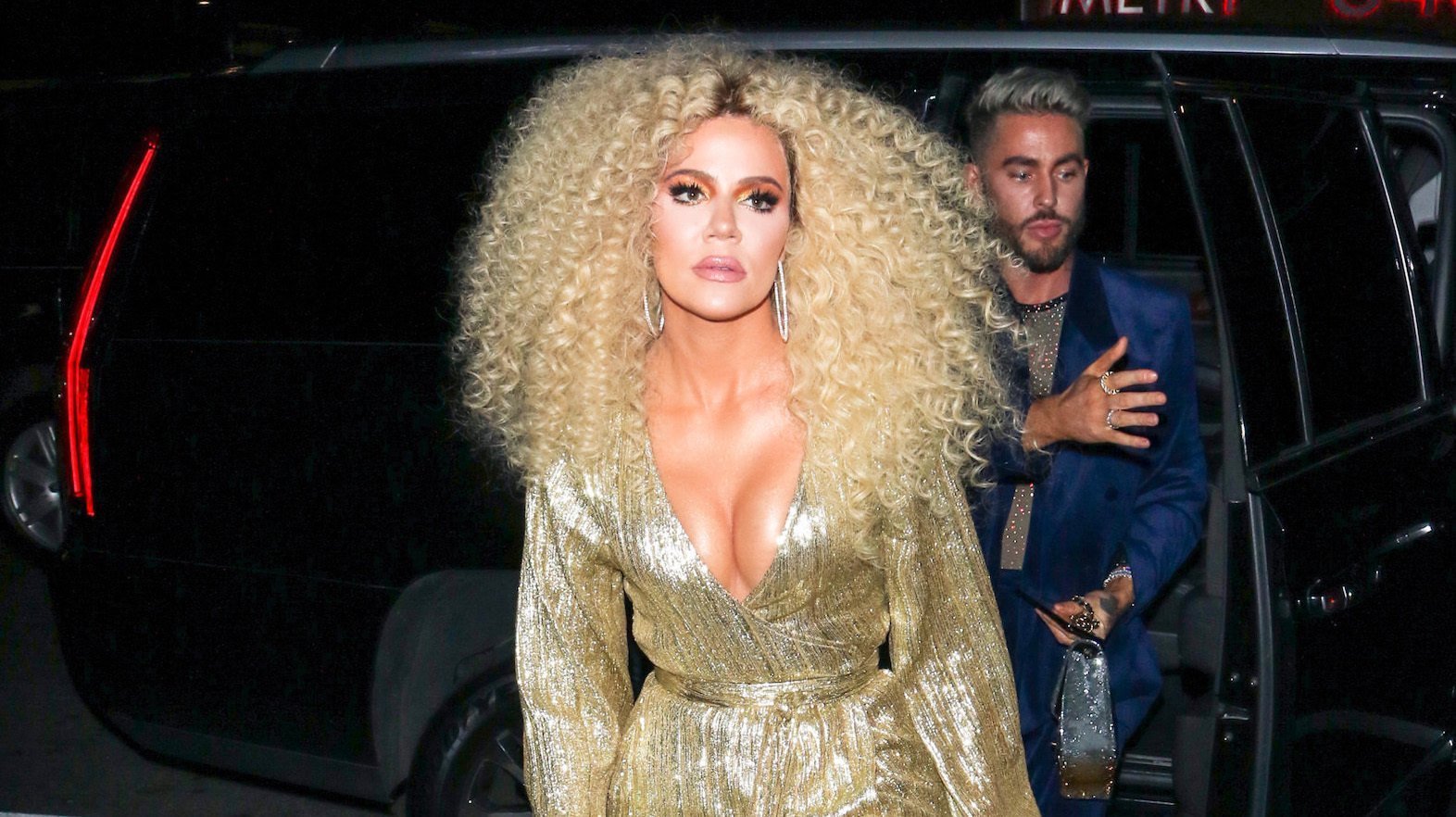 In October, Khloé Kardashian posted a pic of her and her sisters at Kim’s 40th b-day soireé. In her caption, Khloé commented on the absence of her little sister, Kylie Jenner, joking: “I was thinking about Photoshopping Kylie into this photo,” which was all fun and games until Insta users caught on to an actual Photoshop scandal present in the pic. Does the internet miss anything?!

In the pic, Kendall Jenner is wearing a short dress with spaghetti straps which seem to just . . . disappear. One user asked “What happened to Kendall’s dress and Kourtney’s hair/upperhead?” Others were more concerned with another scandalous feature of the photo, however: the fact that the fam was partying during a deadly pandemic. Sigh. 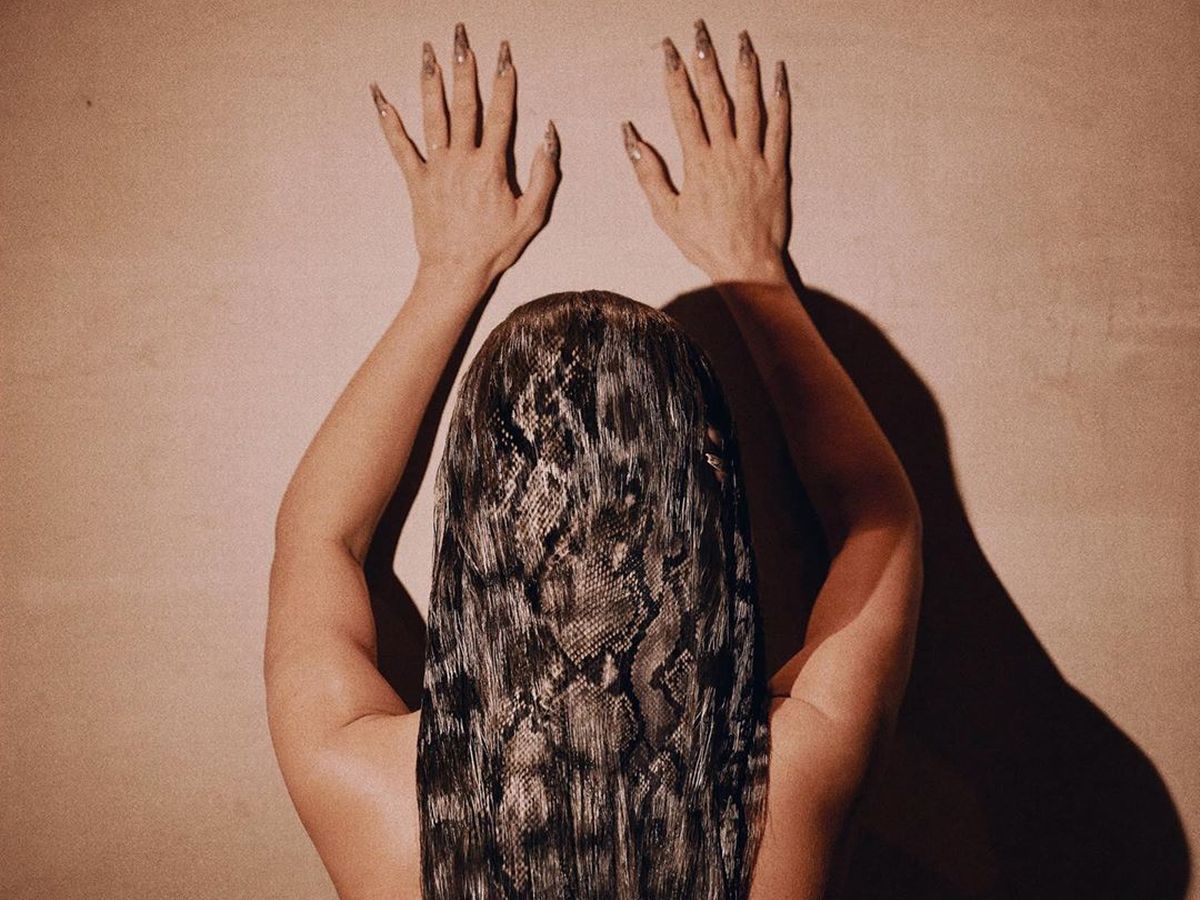 Is that a finger in your hair?

In May, Kim Kardashian posted a photo that can only be described as, well . . . bizarre. The photo shows the reality TV personality’s back, with her hands pressed against a wall. But something is . . . off. Kardashian’s fingers seem to somehow be in the photo.

One user commented “i see your fingernails in your hair 😂,” and another stated that “Her shadow doesn’t match and her nails are on her head. Just an observation. Enjoy your day.” 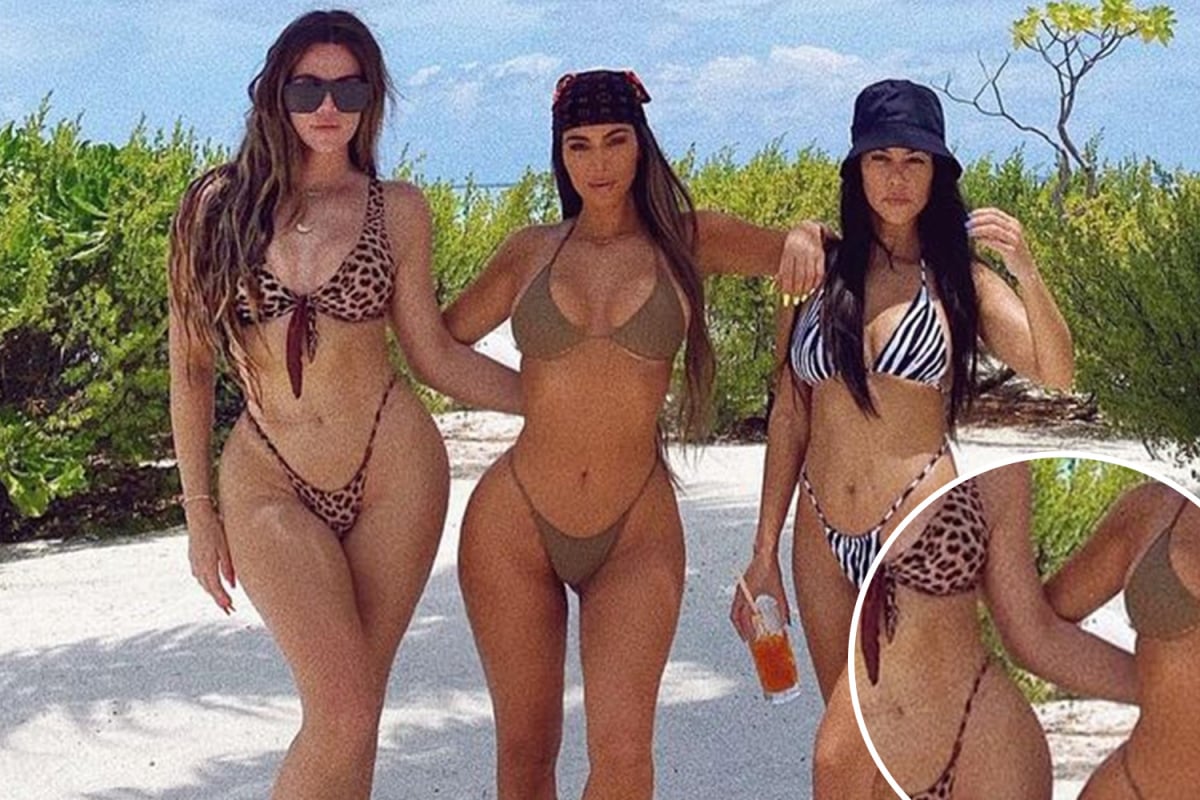 When it comes to Photoshop mishaps, Kim Kardashian just can’t seem to catch a break. Right after her birthday soireé, she posted a pic on Instagram, captioned: “☀️ Girls just wanna have sun ☀️.” The photo showed Kardashian and her sisters, Khloé and Kourtney Kardashian, in bikinis under a giant palm tree.

But something about the photo is . . . not right. Kim Kardashian’s left arm seems to be missing during her editing efforts. Commenters quickly caught on, as they do. One simply pointed out “you are missing half an arm,” while another asked: “Oops where is your right arm??”

With a vaccine making a full sweep around the world in 2021, we predict a lot more opportunities to post pics with friends. Our advice? If you’re going to go down the Kardashian route and edit your photos, make sure to doublecheck you didn’t accidentally chop off your own arm! 😹