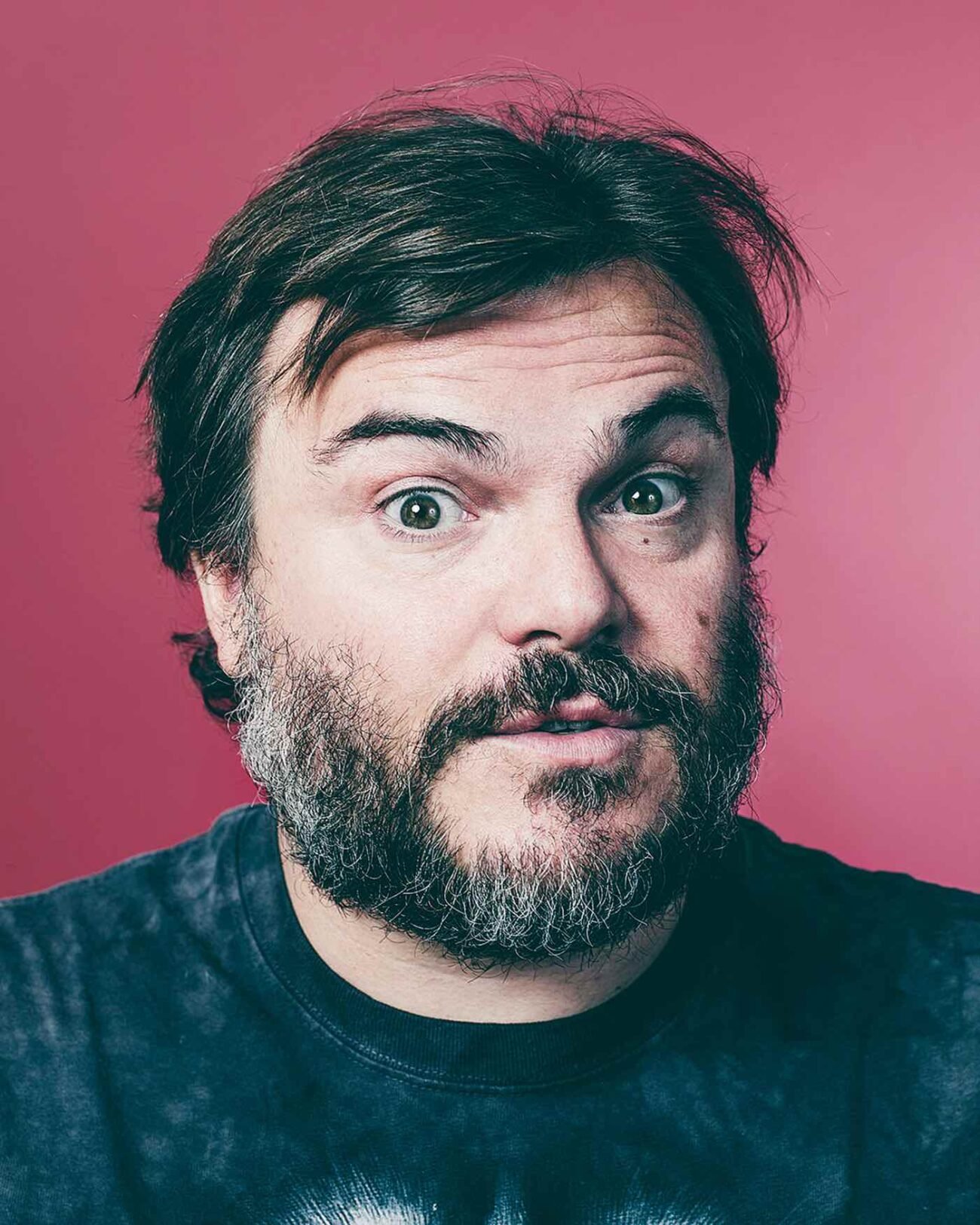 King of comedy: Enjoy all of these iconic Jack Black movies

In the center of the Venn diagram of actors who are both passionate & hilarious, lies Jack Black. Long before he was hiking through jungles in Jumanji or kicking butt in Kung Fu Panda, Black was just an aspiring actor with a love of music.

He has since made an entire empire out of his passion & enthusiasm for life with his own popular YouTube & TikTok channels where you can “check out his turts,” hear him sing the Game of Thrones theme song, and dress up in a scantily clad Thor costume to do the “WAP” dance to Led Zeppelin’s “Immigrant’s song.”

Everything he does, Jack Black does with passion. Here are some of our favorite Jack Black performances. And yes, we know we are missing a few, like Kung Fu Panda and Margot at the Wedding but we can’t include his entire impressive filmography. That being said, let us know in the comments what your favorites are. 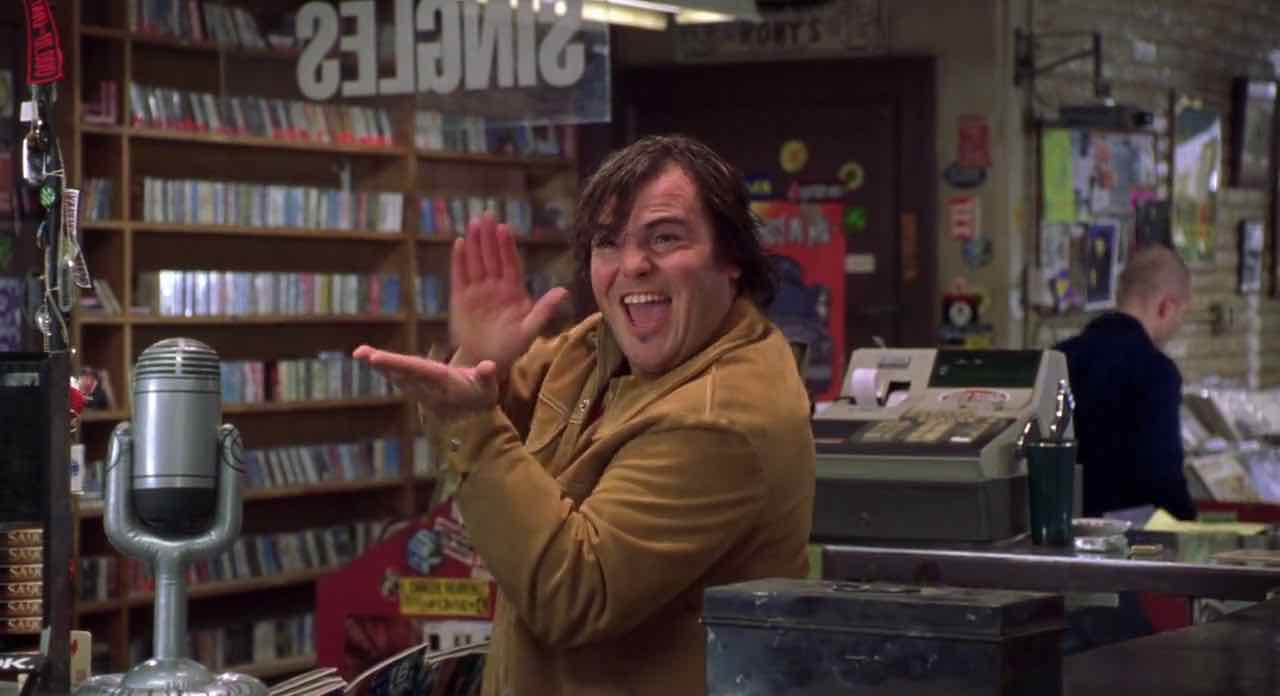 There’s no Jack Black without High Fidelity. It’s the movie that got Black on everyone’s radar. As a supporting player to John Cusack’s Rob Gordon, Black stole every scene he was in as Gordon’s passionate music-obsessed coworker Barry Judd. High energy and larger than life, Black’s performance never feels annoying. Sure, it feels very similar to Black’s current roster of characters, but his spitfire of a performance still feels fresh. 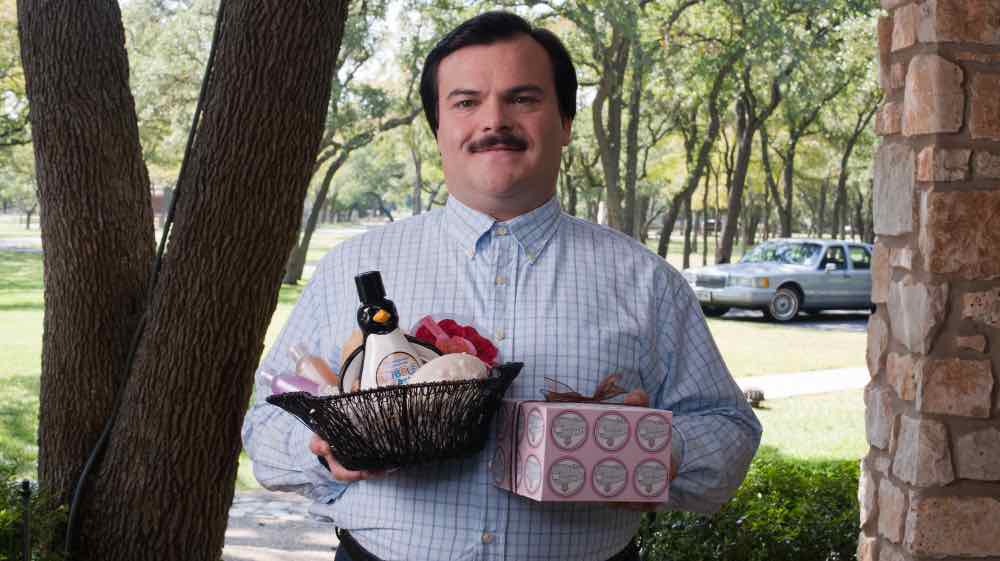 The darkest part Jack Black ever played was in Richard Linkletter’s Bernie. Playing alongside the great Shirley MacLaine and Matthew McConaughey at the beginning of the McConaissance, Black plays the real-life Bernie Tiede, the nicest guy in Carthage, Texas. Everyone loves him and he tries his darndest to be kind to everyone including the vicious and recently widowed Marjorie Nugent. The two hit it off until one day Bernie has had enough of Marjorie’s mean mouth.

Critics lauded Black’s performance as one of his best, able to bring likeability & authenticity to a kind person driven to his breaking point. Reteaming with School of Rock’s Linkletter seemed to be profitable for Black. His portrayal of Bernie earned him not only numerous accolades but a Golden Globe nomination and the evidence that he had range beyond playing the funny guy. 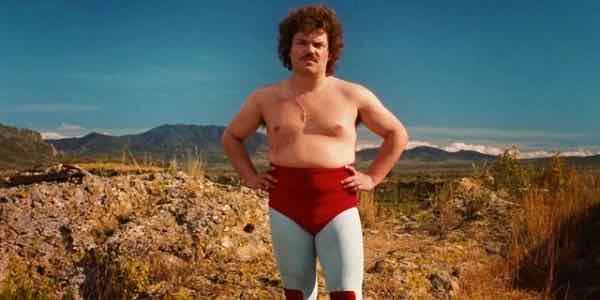 Jack Black is known for acting in really smart dumb comedies. Not everyone loves Nacho Libre but the ones who do are special people. Directed by Napoleon Dynamite’s Jared Hess, this sports comedy centers around Nacho Libre (black), a priest in Mexico that spends his nights wrestling to help save the orphanage he helps run.

Jack Black’s commitment to the ridiculousness of the plot, only intensifies the film’s heart. Filled with dumb jokes, inspiring speeches, a killer soundtrack (Thanks Danny Elfman), and oodles of physical comedy, Nacho Libre brings out Jack Black’s quirky side, and we are here for it. 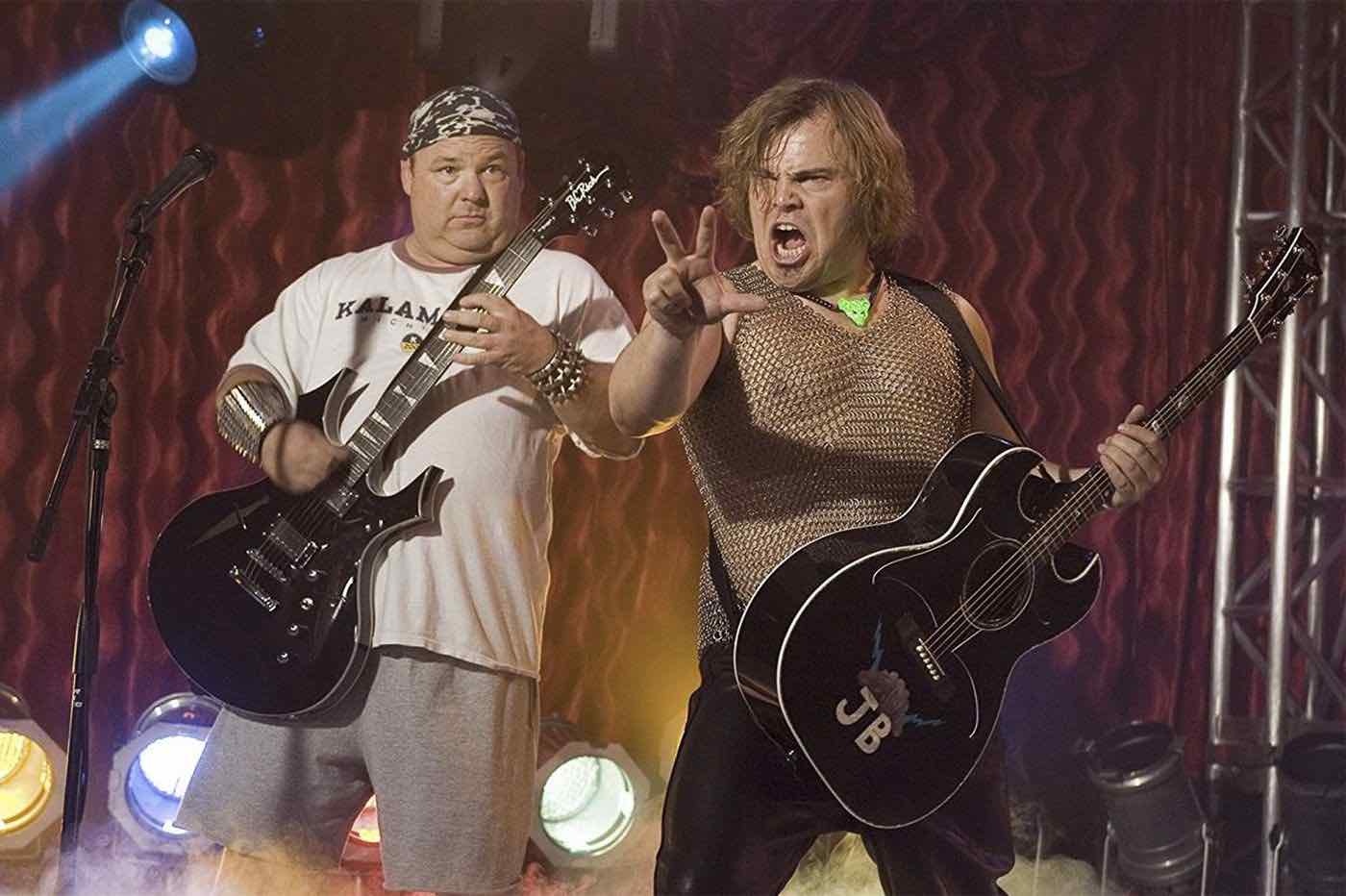 If you want to understand how multifaceted Jack Black is, you need to watch Tenacious D and The Pick of Destiny. Tenacious D is Jack Black’s real band with Kyle Gass. They have won a Grammy and have traveled around the world playing with bands like Foo Fighters and Weezer. Their songs are funny and musically intricate, inspired by metal bands and its surrounding culture.

In the film, Black & Gass play themselves embarking on the greatest journey man could ever imagine: a friendship founded on rock and roll. In order to become the greatest rock band in the world, the duo must find a legendary guitar pick that possesses superpowers. Outrageous & hated by critics upon release, Pick of Destiny has since become a cult favorite, its songs still played at Tenacious D’s concerts. 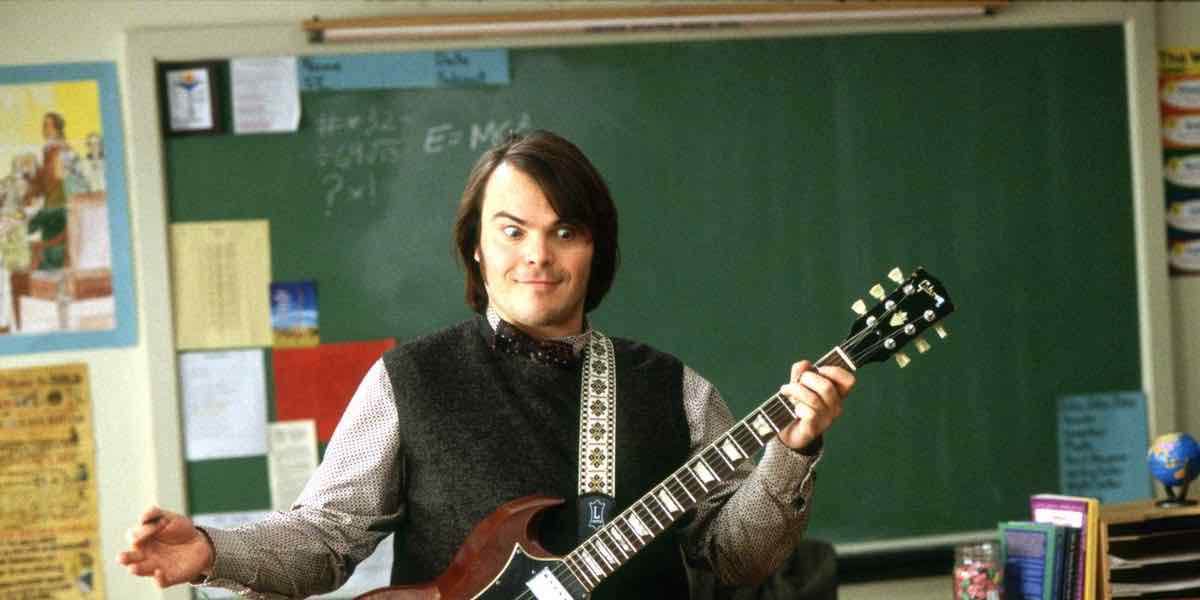 Mark Hamil has Star Wars, Humphrey Bogart has Casablanca, Denzel Washington has Training Day and Jack Black has School of Rock. If you want one film that encapsulates the power that is Jack Black, School of Rock is his magnum opus. Smart, funny, and joyous, everyone who watches this film wanted Black’s Dewey Finn as their own teacher.

The film follows Black’s Dewey Finn, a struggling musician who just wants to rock but must pay the bills. He secretly steals a substitute position from his roommate at an elite private school, despite not having the credentials. Does he teach them math or science? No, he teaches them how to rock. It’s Black at his best – high energy and positive AF. 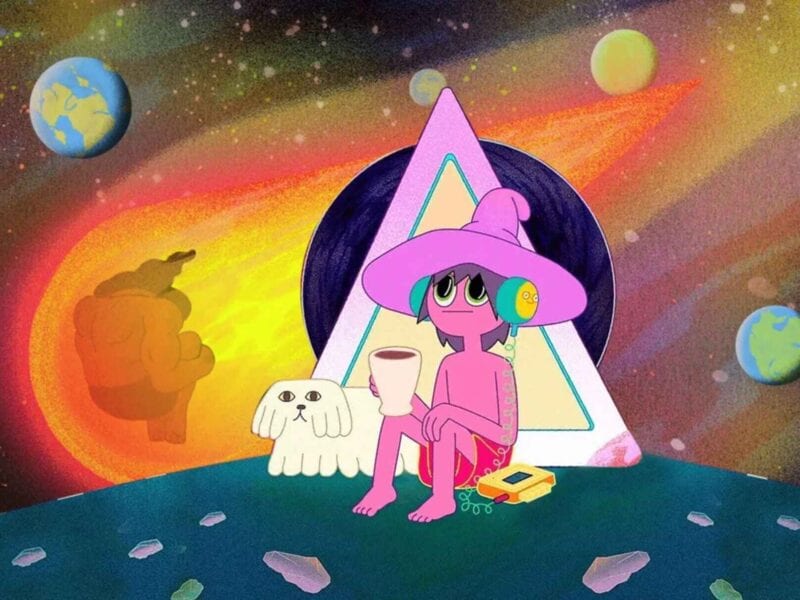 Trying to catch up? The best 2020 TV shows you missed 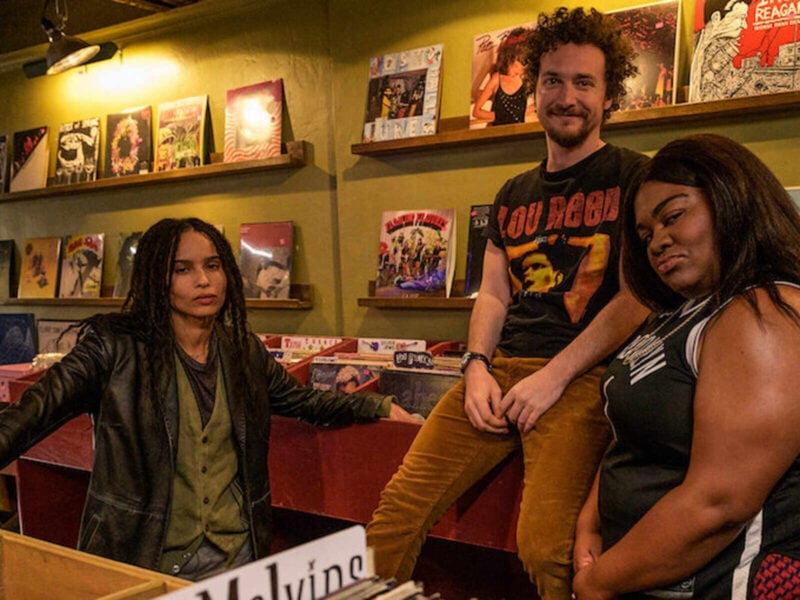 Add it to your must-watch list: All the most underrated TV shows on Hulu 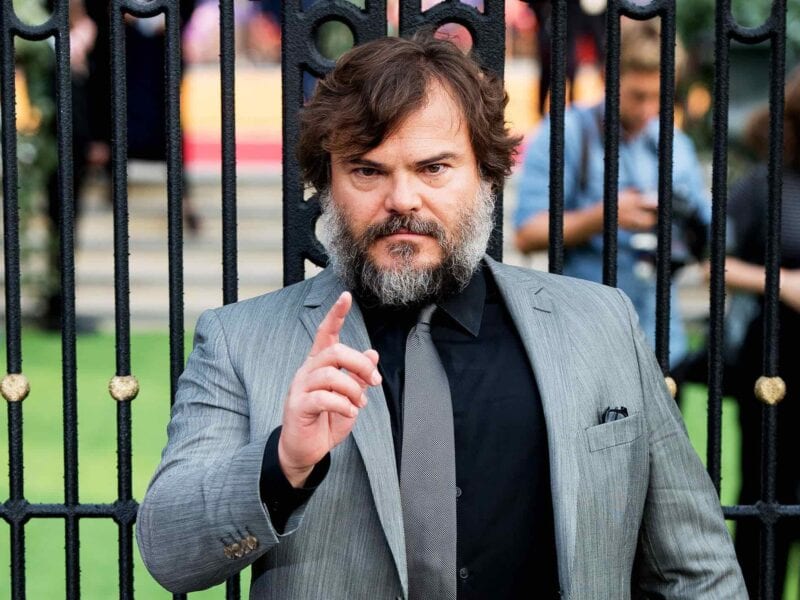 Jack Black in the MCU movies? Why Twitter is rooting for his casting