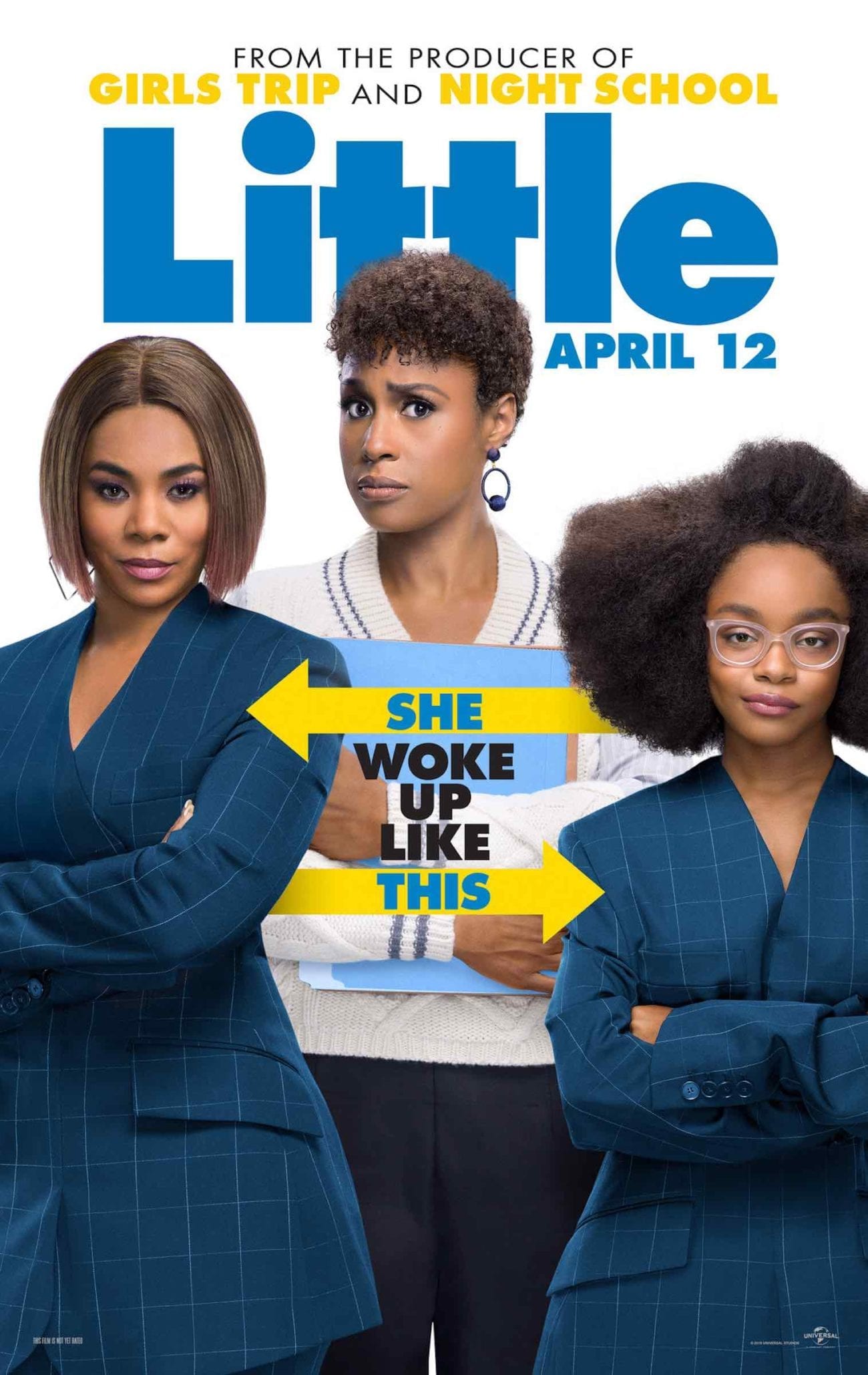 Issa Rae’s best moments and scenes in the movie ‘Little’

You might have noticed Issa Rae was trending recently due to an uproar on Twitter over her book The Misadventures of Awkward Black Girl. Despite having been published several years ago, the book has struck a fresh chord of controversy, with some readers objecting to a chapter in which Rae details the difficulties successful black women have in the dating department.

Her advice? Date Asian men! Since they’re also one of the least desired groups of people on dating sites. To celebrate Issa’s long-awaited big screen breakout in Little, here’s our celebration of Miss Issa Rae and her least insecure moments.

8. “It’s not stalking if you don’t mean any harm”: Awkward Black Girl

Exploring the art of “accidental” run-ins with your crush, Rae examines the extreme lengths many women take to enjoy those two or three seconds each day where they’re almost breathing the same air as their hypothetical honey.

7. “We got y’all” and subtle social commentaries: Insecure

Molly (Yvonne Orji) and Issa are best friends from two different worlds (a blue collar neighborhood and a middle class one) with two very different career aspirations. However, they both grapple with racism of different kinds while working.

Molly, a high powered attorney, struggles with a conspicuous conservative racism while Issa, a worker for a “nightmare non-profit” she says is fueled by “white guilt”, struggles with clandestine liberal racism. The net is thrown wide and by doing so, Insecure shrewdly explores class divides and racism in an extremely accessible yet powerful manner.

Introducing a character Rae refers to as being a “walking rainbow of racism” and the “the most offensive” person in the office, this scene perfectly explores the ways some people use an ambiguous racial identity as an excuse to get away with all manner of heinous bigotry.

5. Rehearsing her identity in the mirror: Insecure

In the first episodes of both season one and season two, we see Issa hyping herself up for two very different social events by rehearsing her potential personality and talking points in the mirror. It’s a well worn trope and one we’ve seen in countless other movies and TV shows in the past. However, what strikes these moments out from the pack isn’t just Issa’s incredible charm (which is lit by the way); it’s also the relatable nature with which the actor, writer, and director performs it.

As The Huffington Post pointed out, the scenes are actually fairly radical. “Here, alone with her thoughts, Issa gets to act out all the sides of herself, even the sides she’ll never show, with a humor and honesty that plays on the stereotypes thrust on black women, and the stereotypes that we unconsciously thrust upon ourselves. The show is chock full of these candid, honest, real moments of young black womanhood that have been missing from our screens for some time.”

The first ever episode of Awkward Black Girl saw Rae asking if everyone else pretends they’re in a music video when they’re alone. Hell yeah, we do! She then ingeniously goes on to pontificate over what the correct social protocol is for repeatedly running into someone at a stop sign. Turns out there is no limit to the amount of fake laughs or fake phone calls one person can attempt in pursuit of social avoidance.

3. Rae writes a Drake lyric into every episode: Insecure

Speaking to Rolling Stone, Rae once revealed her love of hip-hop has slipped into each and every episode of Insecure in a way that most people likely didn’t notice. “We have a Drake lyric in every episode as an Easter egg. That was a personal thing for me, but that’s not something that we bang you over the head with.” Maybe not, but Rae’s love for Drake was clearly rewarded when Drizzy put her in his music video for “Nice for What” earlier this year.

Inspired by her disastrous love life and that of her bestie Molly, Issa finally summons up enough courage to get up on stage at an open mic night and showcase her rhymes. The resulting rap “Broken P**sy” is bold, hilarious, and genuinely has great flow, inspiring a variety of whoops and applause from her audience.

It isn’t just the rap that’s amazing; it’s also seeing the character gain strength and self-assurance on stage by pushing herself well out of her comfort zone. Even if that means throwing her best friend under the bus for it.

In a bid to boost office morale and raise sales, a character called Sister Mary shares a familiar mantra with the group – “If you want to be somebody, if you want to go somewhere, you’d better wake up and pay attention.” Naturally, this inspires the team to break into song just as Lauryn Hill and Jennifer Love Hewitt did for Whoopi Goldberg in Sister Act 2 and it is just as glorious. Sister Act 2 does not receive nearly enough of the love it so clearly deserves in this world, ladies and gentlemen.