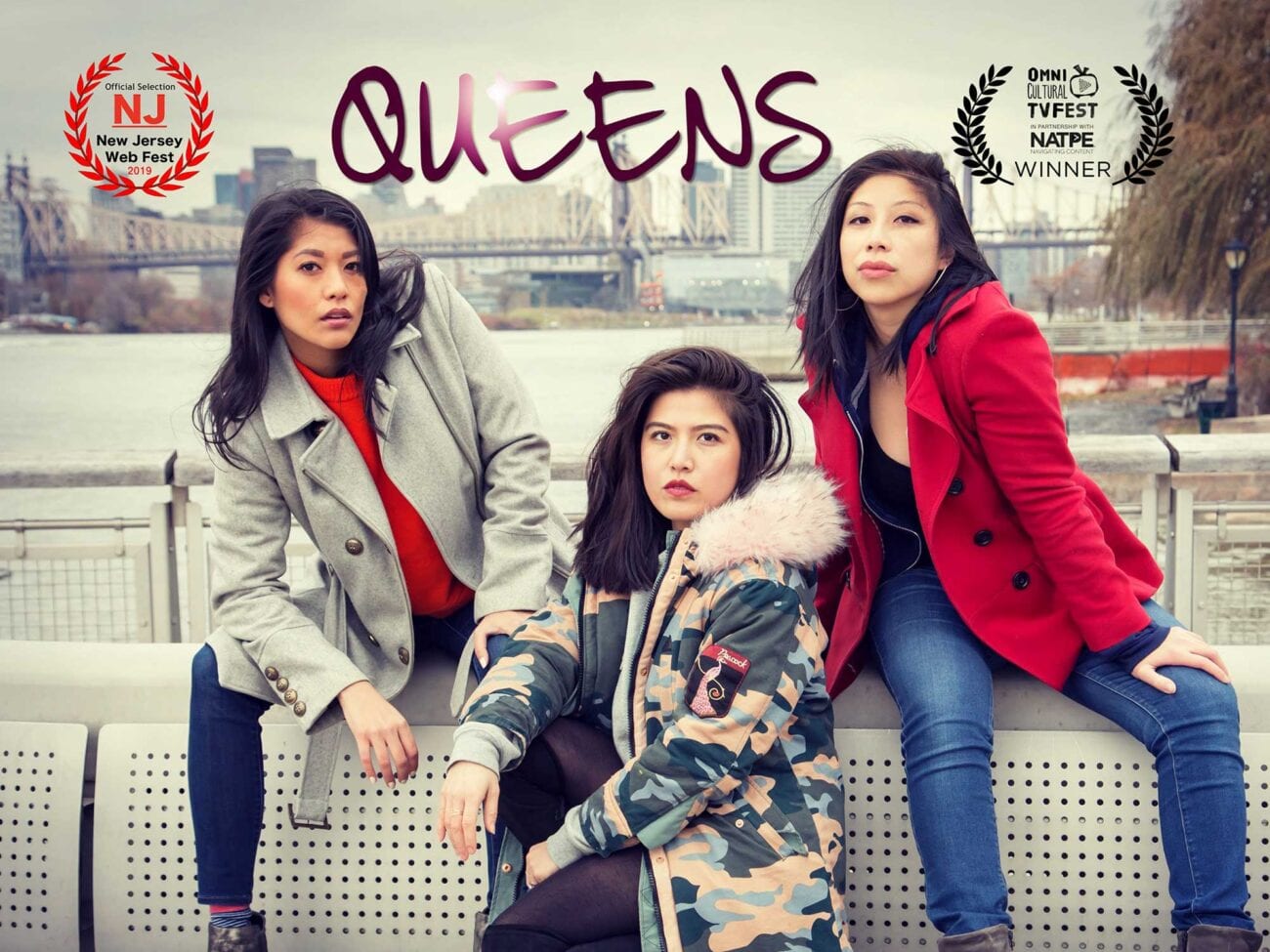 Why you need ‘QUEENS’, the Award-Winning Comedy Series, in your life

Cindy Chu has been surrounded by media her entire life, but it wasn’t until after college that she found herself diving into acting. But it became clear to the filmmaker that if she wanted to see herself in media, she had to write and produce it herself. With several scripts written and worked on, Chu is finally making her producing debut with QUEENS.

Based on her experiences of living in Queens, NY, Chu takes the comedy of everyday life with sprinkles of drama and friendship to make an award-winning combination. The comedy series has been making waves, winning multiple awards during its festival run.

We sat down with Chu to discuss the making of QUEENS and what inspires her as a writer and producer to create. 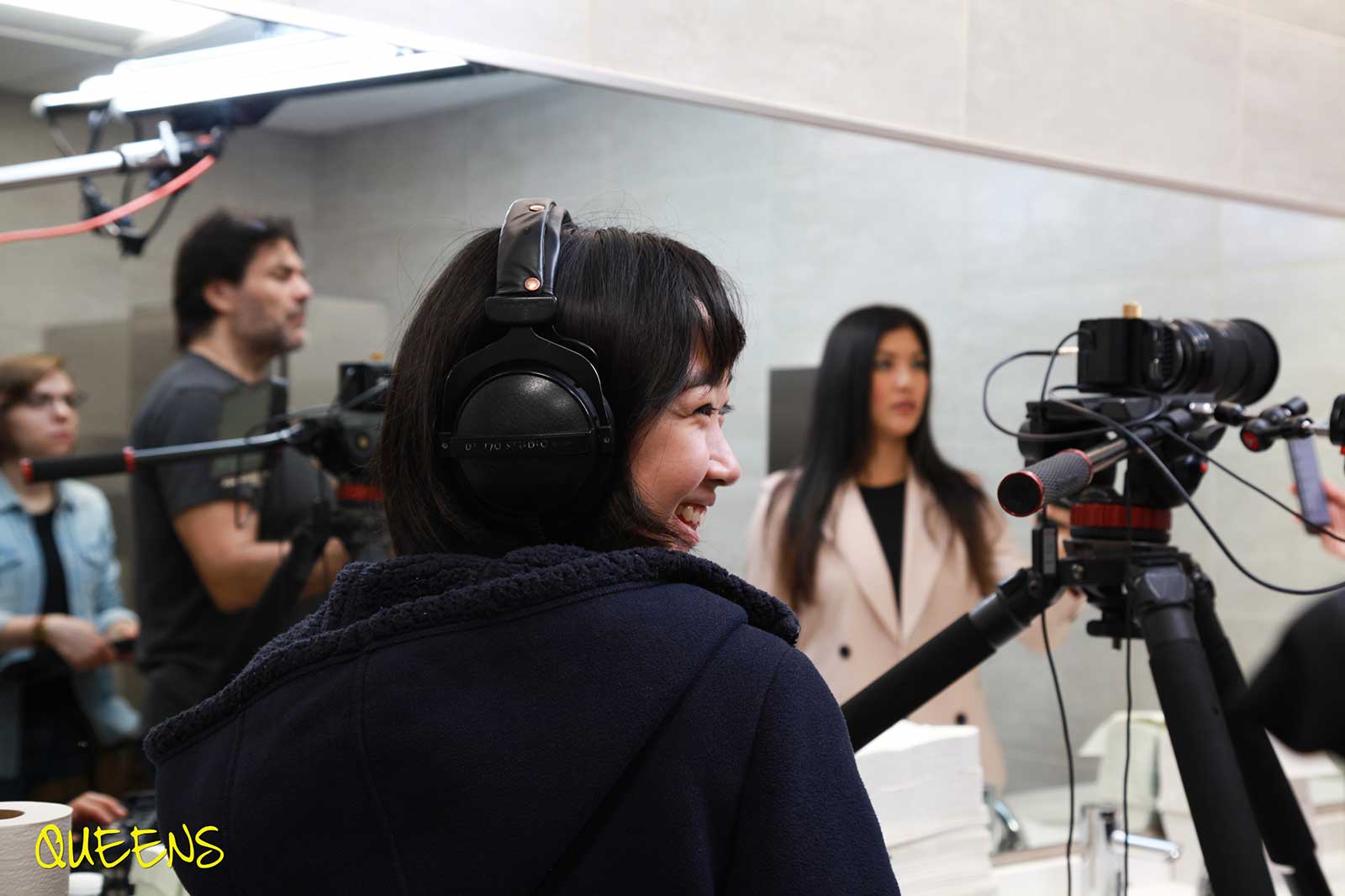 Tell us about your filmmaking journey: what did you do before film?

I didn’t pursue acting until after college. I grew up in Queens as a first generation American and daughter to immigrants so my mom’s dream was for me to become a pharmacist and have a stable career. I studied acting at night while I worked as a legal assistant during the day until I got into grad school at the Actors Studio Drama School at Pace University.

What movie inspired you to pursue a career in the arts?

There wasn’t one particular film that inspired me to pursue filmmaking, but as a kid, watching movies was a way for me and my sister to bond with my dad who worked long hours managing a restaurant.

My dad’s a big film buff, and on his rare days off he’d bring my sis and me to eat dimsum and then we’d catch a movie at Lincoln Theater in New York City. His love for film was passed down to me. 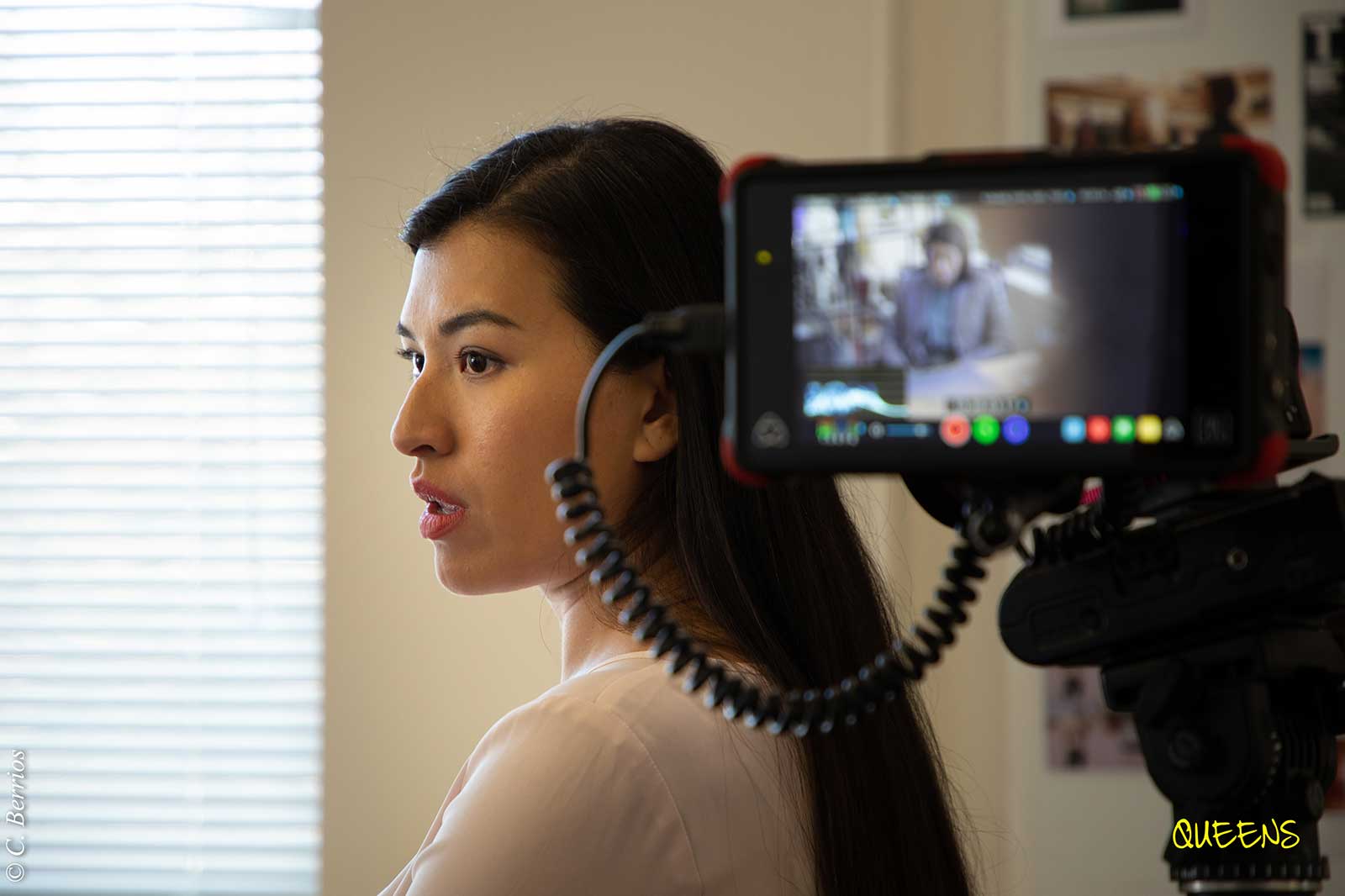 You initially started as an actress. What made you want to move to writing and producing?

What I really appreciate with the Black Lives Matter movement is that it also brought together People of Color to unveil institutionalized racism within the entertainment industry. For years I experienced that as an Asian American actress and Woman of Color from my MFA program to prominent festivals and to casting.

I faced several auditions and meetings with casting directors, agents, and managers where they were very insensitive to race. In order for me to change that and bring further opportunities to Asian Americans and People of Color, is to write and produce our stories.

Our series, QUEENS centers around three very different Asian American young women, and created more roles for People of Color in front and behind the camera. We had about 70% POC on set and through post production. That was always our intention from the beginning, and if an indie series like ours can create this change, so can major studios. 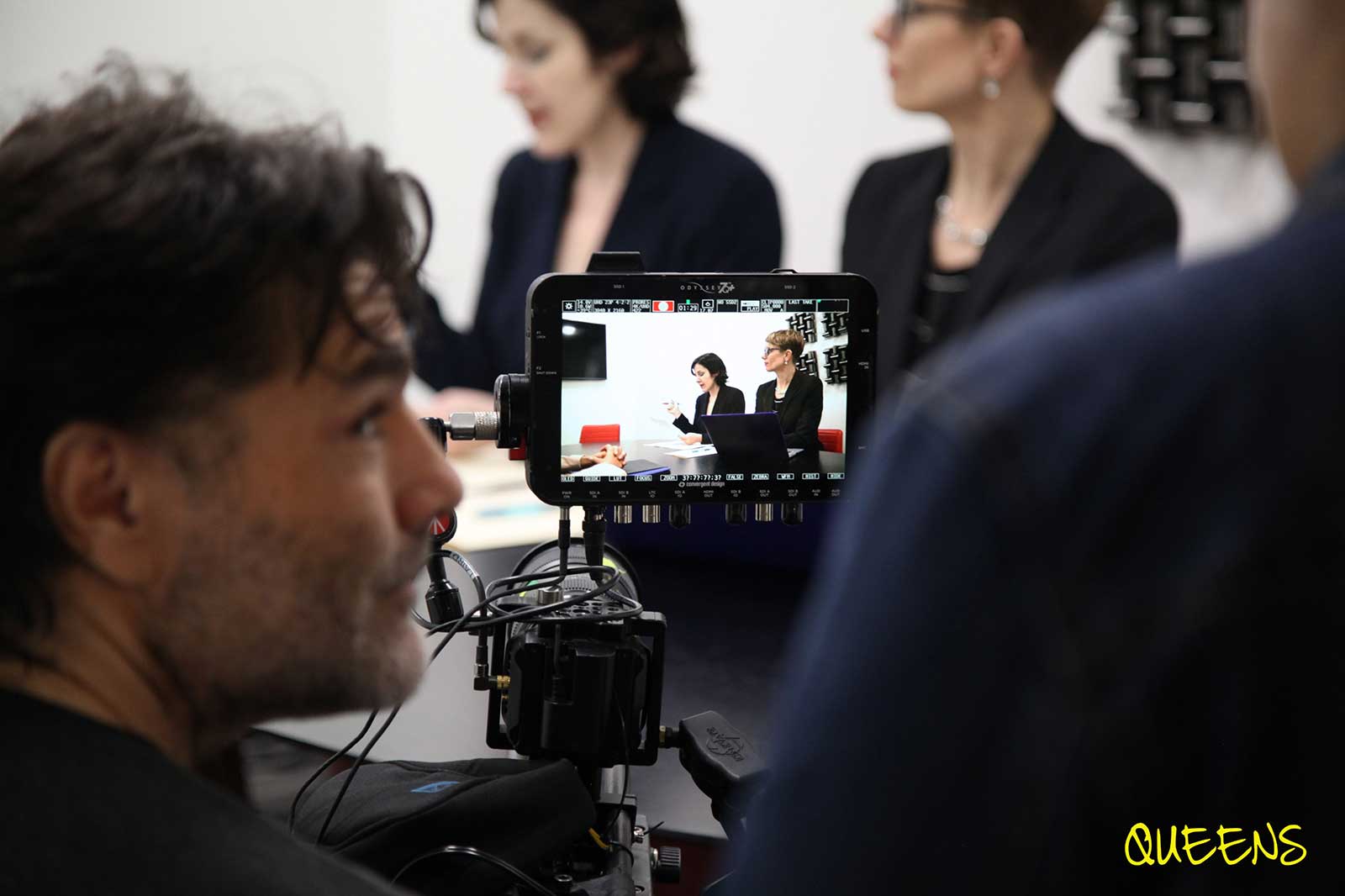 You’ve written TV pilots, full length series, features, and shorts. Is there any type of script you prefer over another? Why?

They’re all very different, what matters most to me is that the themes center around subjects I’m passionate about especially because I typically work on each project for years. The scripts will grow and change, but the themes and topics are always front and center. 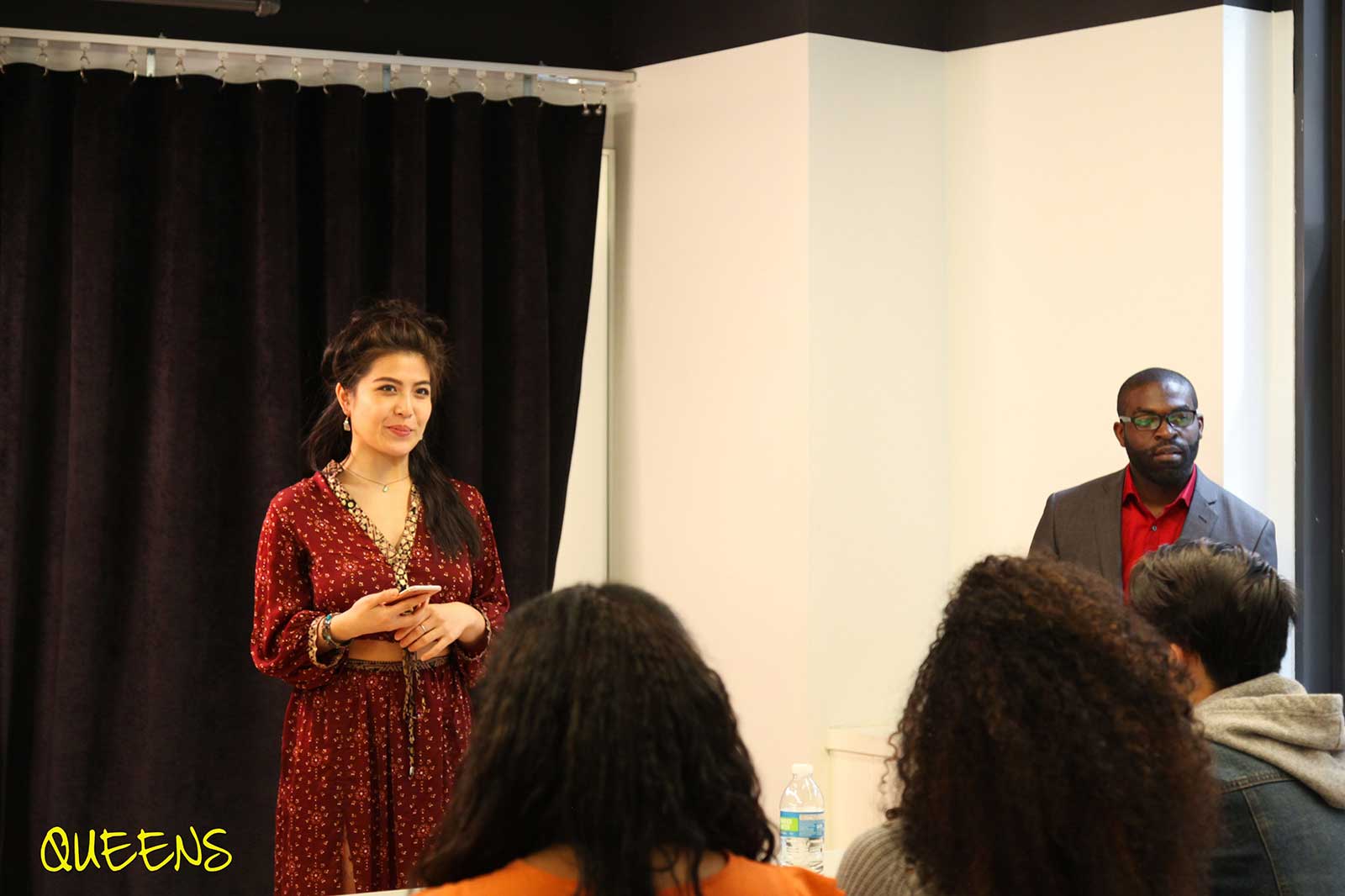 When making QUEENS, you had your fingers everywhere when creating the series. What was that experience like?

It was really hard and a huge learning experience! The pilot episode was my first time producing at that scale so I was figuring it out as I went along. Being resourceful is key! As the writer, I purposely set the locations in areas I had control over and were low cost.

My parents’ house and neighborhood turned into about five different locations, and my old job allowed me to film our classroom scenes at their location. Our director was also a strong collaborator throughout this process. 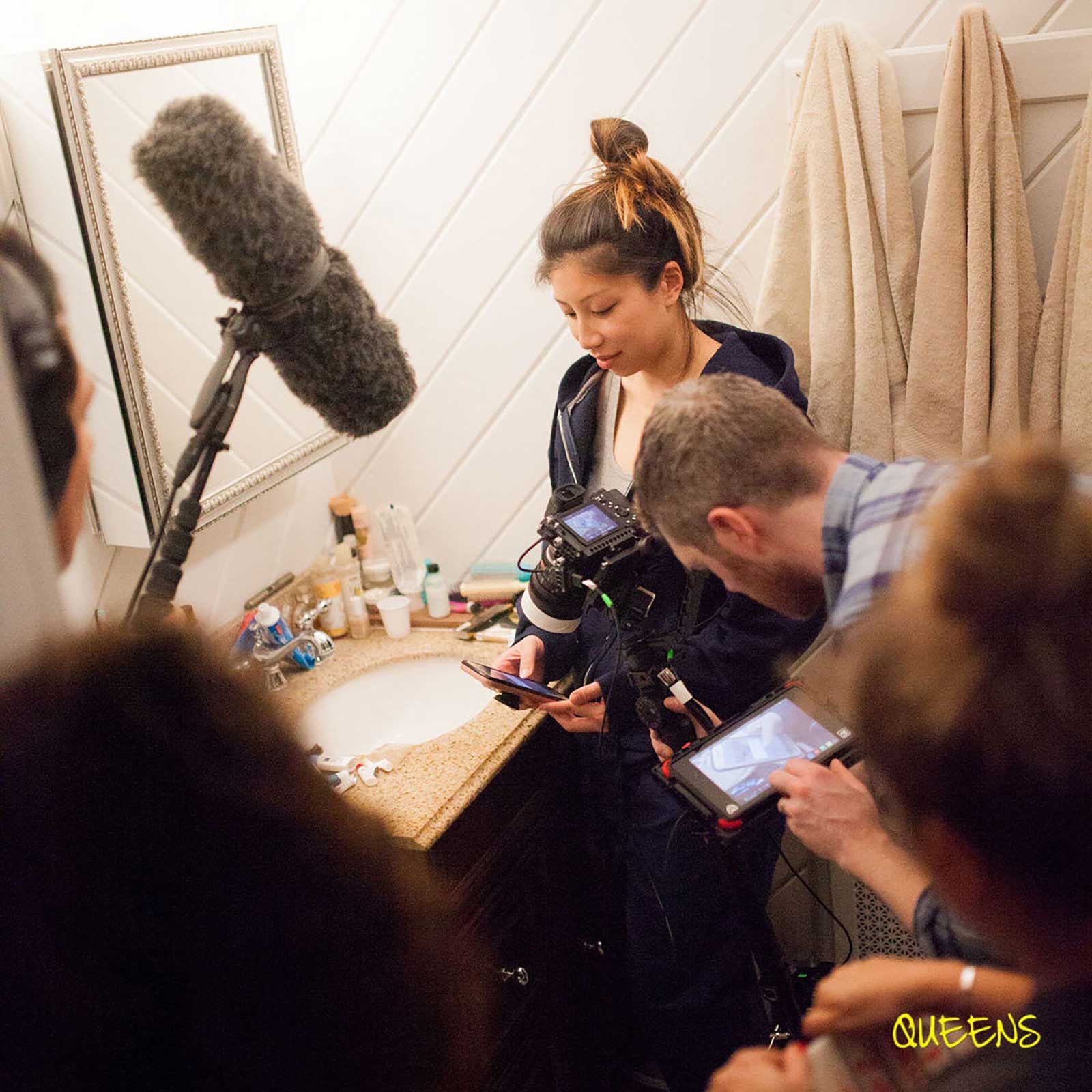 For our second episode, we crowdfunded our production, and I was learning along the way how to manage our campaign while dealing with pre-production and juggling cast and crew schedules to fit our production dates. I was pretty nervous leading our post-production, but we had a solid team and great editor, sound designer, and colorist.

As for promoting the series, I took a lot of notes from similar shows and films to see how they created their trailers and how they ran their marketing. I’m working with our associate producer to make it happen. 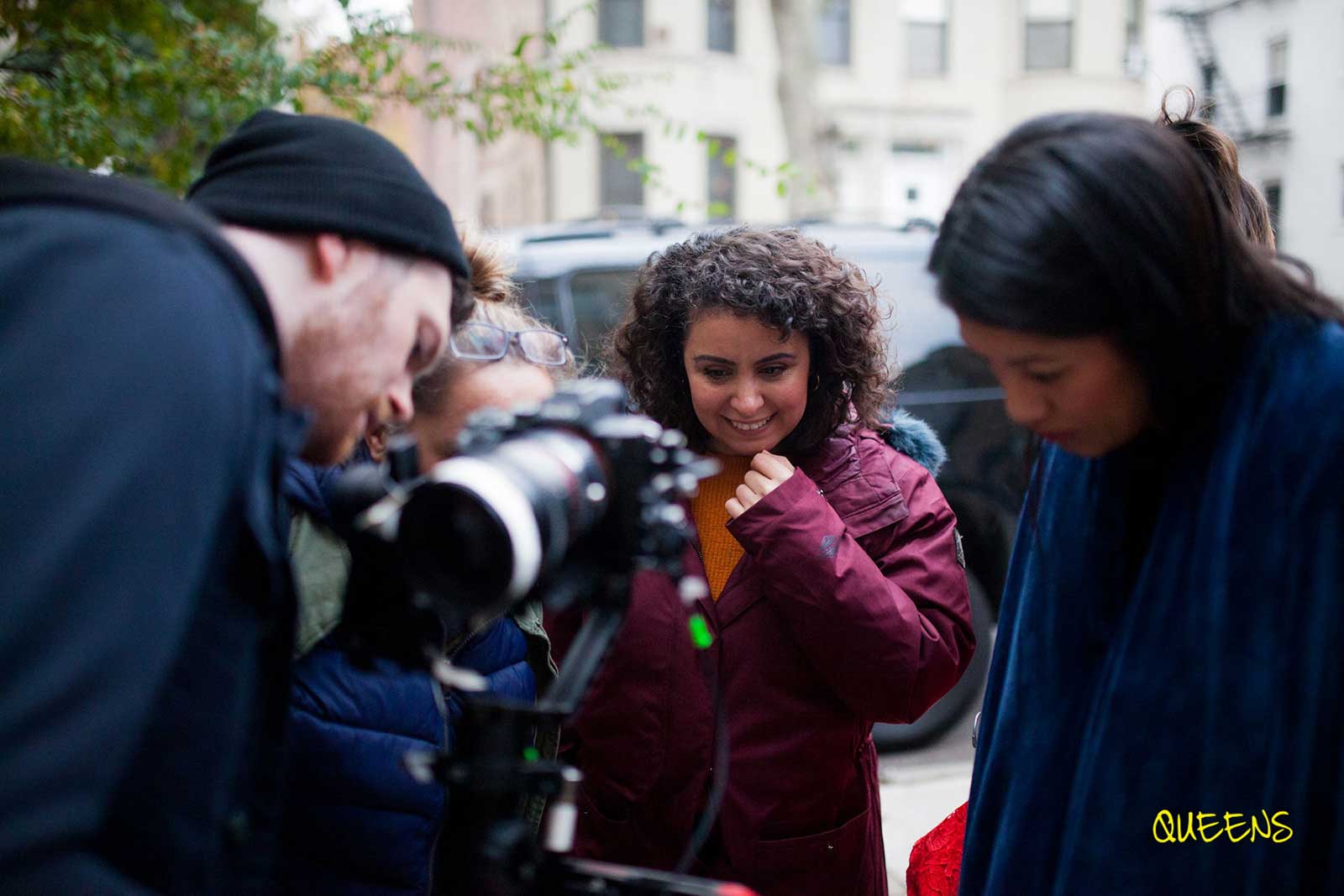 What’s it like producing a project you’re also in as an actress?

On the days I’m acting, I wake up extra early to prepare for my character and review my lines, that way when we’re filming, I’m always ready. As a producer also running set, I’m mindful of when my scenes are up so I leave the logistics to the rest of our team.

Is there a part of filmmaking you prefer over the others?

Ideally if roles and opportunities were created equally, I’d be an actress and writer. As a producer, you have to be ready for everything to go wrong and figure out how to fix it as soon as possible. The pressure is much higher.

However, because of my goals to create more Asian American stories and opportunities for POC, I need to be a producer in order to see my vision through each project. 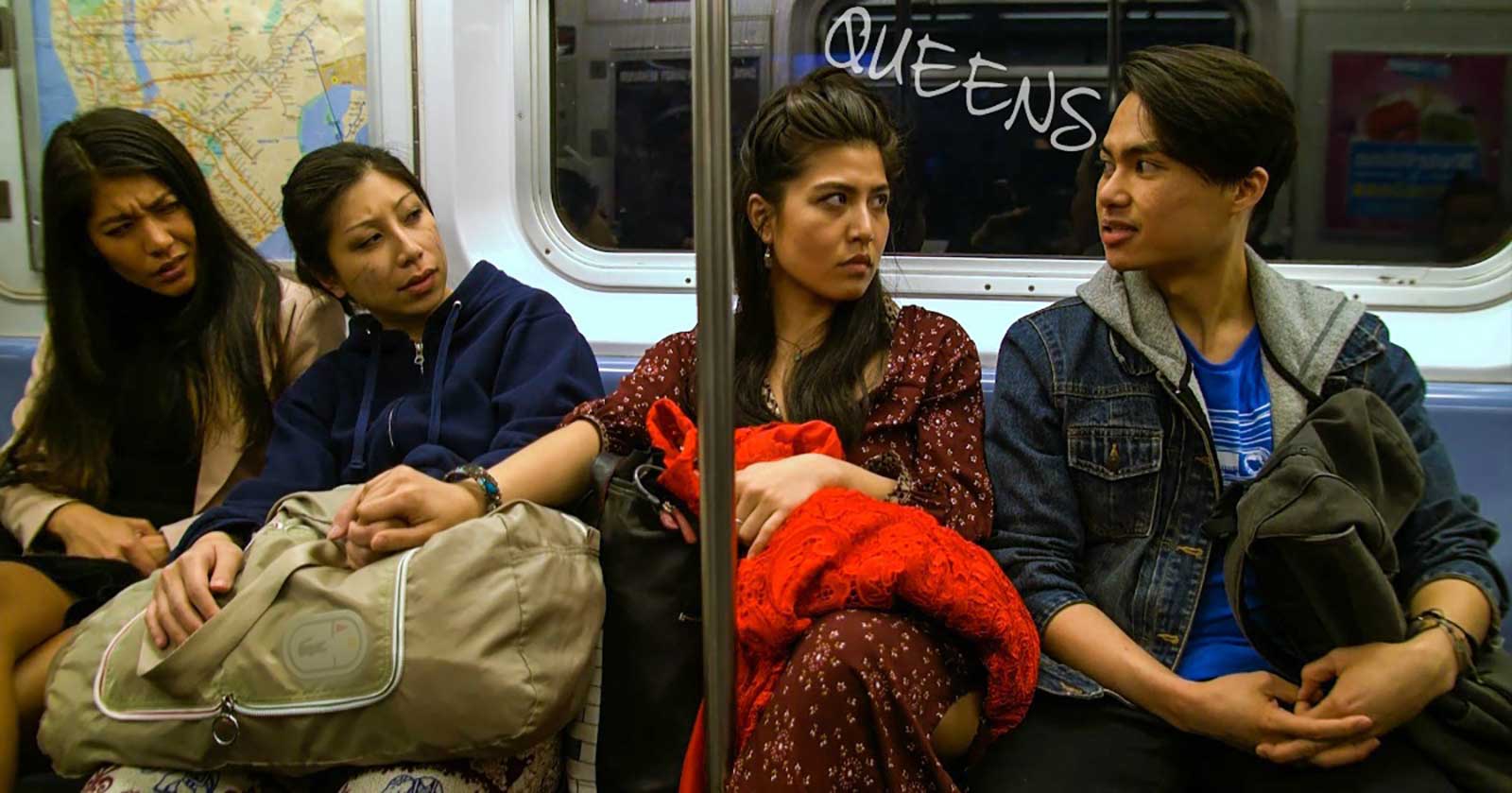 Your series QUEENS focuses on Asian-American women as they navigate adult life. How much of the show did you pull from your own experiences?

QUEENS was pulled from a lot of my experiences, and I exaggerated the situations to create humor in each scenario. The best friends were inspired by my childhood BFFs growing up in Queens, NY.

My character, Sarah is the golden child of her family and has done everything her conservative Taiwanese mother told her to do, including marrying another Taiwanese man. In a sense, she’s who I would’ve been had I not pushed against my family and cultural beliefs to pursue a career in the arts.

In the second episode, one of the lead characters, Kim, gets in an office rivalry with another Asian American legal assistant, Lucy. I felt this when I first went into acting because there’s so few Asian American actresses and even less roles for us so it feels like we’re pitted against each other.

Eventually we all learn that we’re not each other’s competition, and we can collaborate and support each other to create more opportunities for all of us. 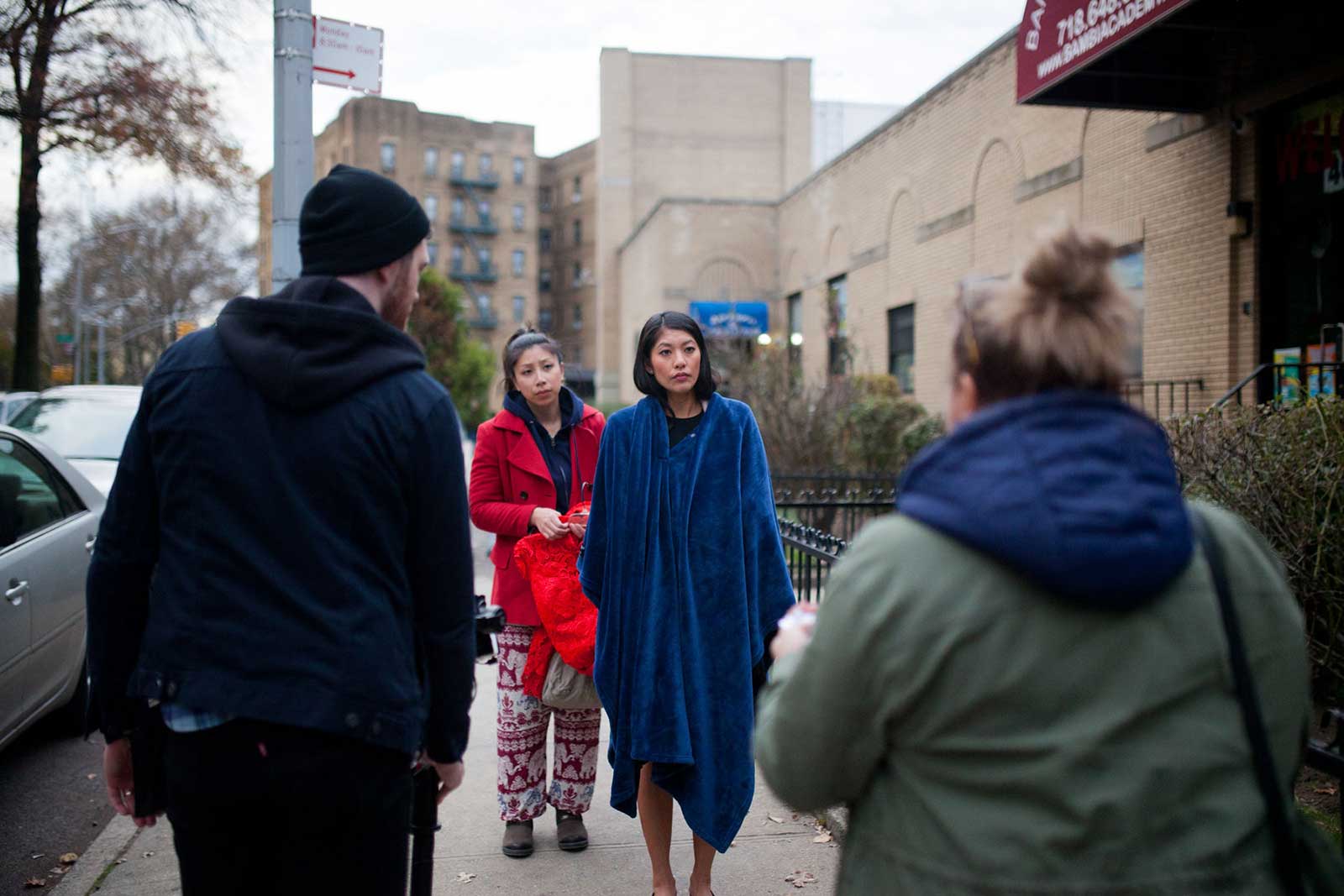 What’s been your biggest success and biggest failure to date?

Success and failure are what you make of them, and I don’t really believe in either because there’s too much focus on results rather than the bigger picture and journey to get to your goals.

What do you find to be a difficult part of filmmaking very few people outside the industry know about?

There’s no quick and easy way pursuing a career in the entertainment industry. You could attend a prestigious school or win festival awards, but that doesn’t necessarily mean anything. They’re all stepping stones and you have to be in constant pursuit of your goals.

If you could only watch one TV show for the rest of your life, what would it be and why?

The first season of Insecure is brilliant. It’s funny, honest, and dramatic! Insecure and Issa Rae inspired me to create QUEENS so I’ve watched the first season plenty of times. 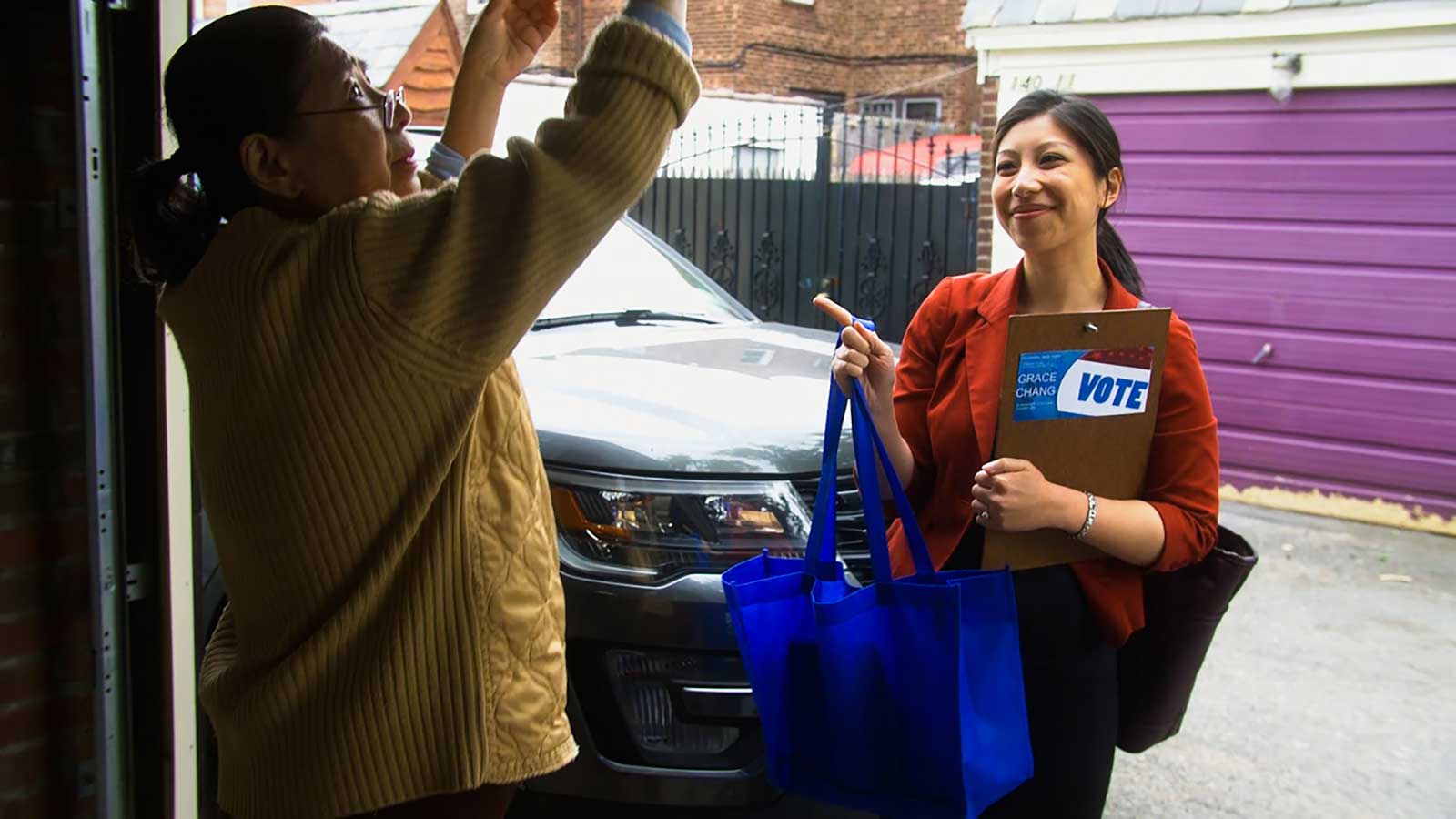 Have you worked with mentors in the past? Did you find them to be helpful in your filmmaking journey?

I haven’t had an official mentor, but I look towards other filmmakers who pursued their craft independently without necessarily seeking industry approval.

Issa Rae, Michaela Cole, and Ava DuVernay are artists who have been true to their voices and speak out on things that should be improved within our industry. I applaud them a lot, and they paved the way for other women and creatives of color.

On an everyday level, being part of groups like NYC Women Filmmakers has helped me as a producer because many of the members are more experienced than I am and have guided me through difficult situations. 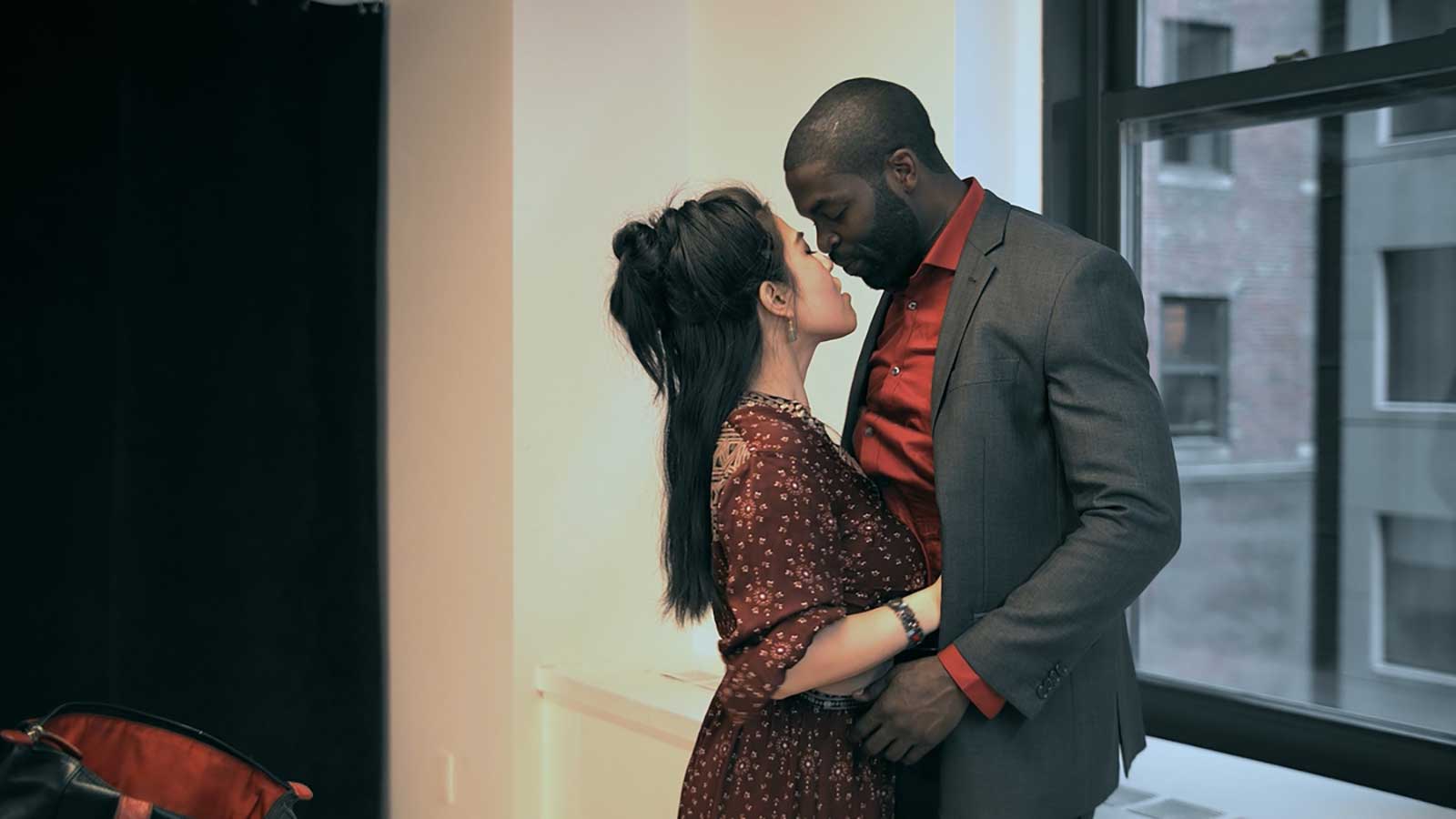 Have you ever thought about directing as well?

Could we see another full length future from you in the future?

We won’t be filming another episode for the time being. Right now, we’re concentrating on getting the series out to the audience. I am also working on another series, Anna Wong that was in the second round for 2019 Sundance Episodic Lab. 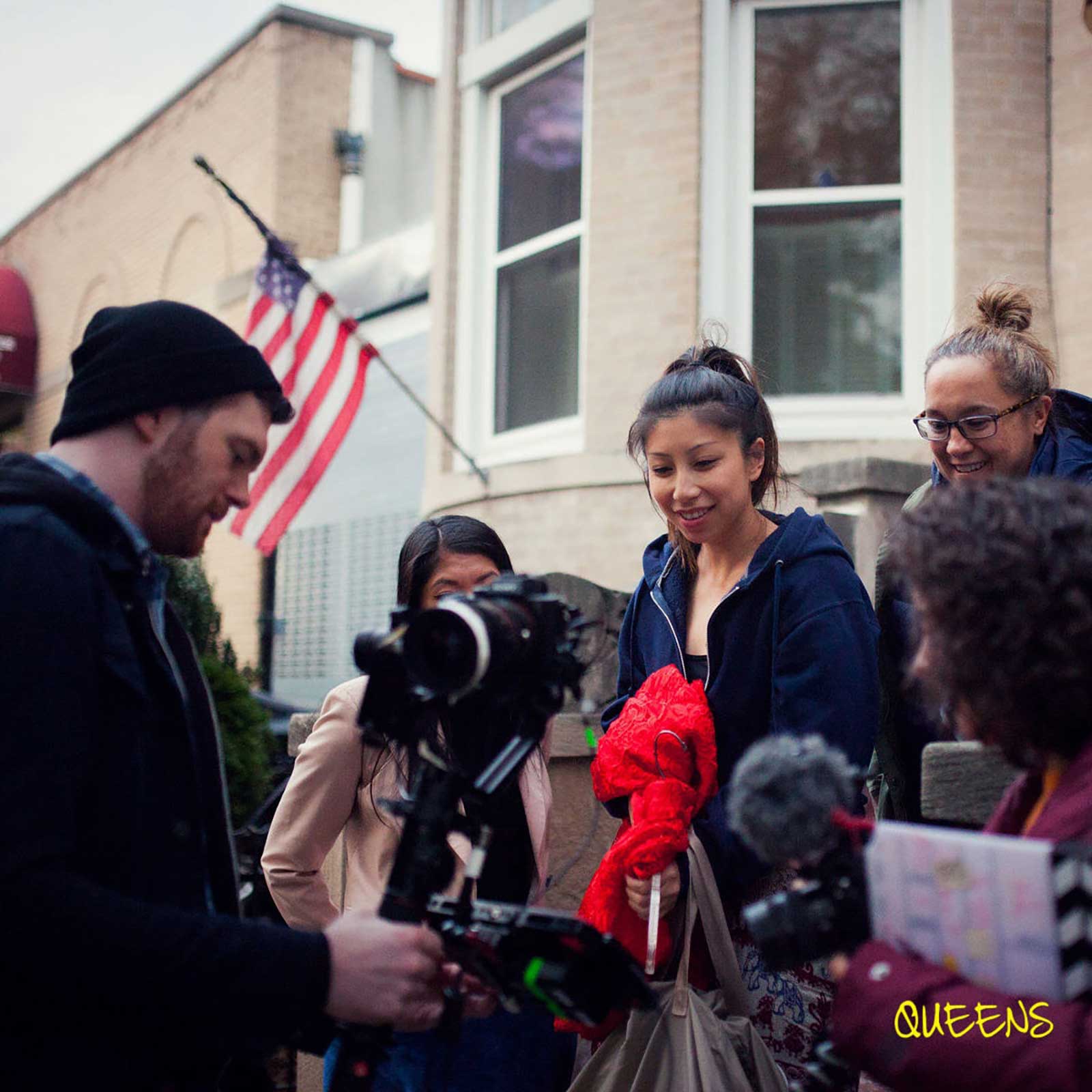 What’s next on the radar for you?

I set aside my feature script, 69 Bayard to finish up QUEENS. I’ve been working on the script on and off for years, and it was previously in the second round for the Sundance Asian American Fellowship. 69 Bayard is set in 1980’s NYC about an Asian immigrant couple struggling to keep their love alive while laboring through menial jobs to achieve their American dreams.

It was inspired by my immigrant parents leaving their home countries to create a better life in America while raising a family.

What indie actors or filmmakers should we have on our radar for the future?

The QUEENS cast are amazing actors so there’s no shortage of talent around, it’s more about having the opportunities. As for indie filmmakers, Anu Valia who directed an episode of Awkwafina is Norma from Queens and had a short film at Sundance, Lucia, Before and After is really great. I recently watched Jinn which was beautifully directed by Nijla Mu’min.

If one director could direct the story of your life, who would you choose and why?

LuLu Wang! I loved her work with The Farewell, it was beautifully written and visually striking. She’s also Asian American, and would understand the cultural nuances that I’ve had to balance growing up in New York. 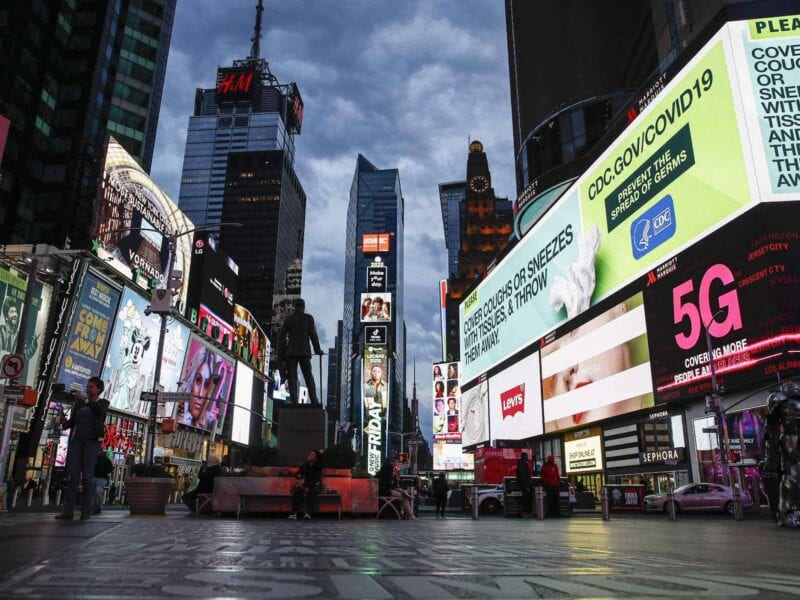 Is NYC going back into quarantine? The latest COVID-19 news

The opulence of the Cannes Film Festival