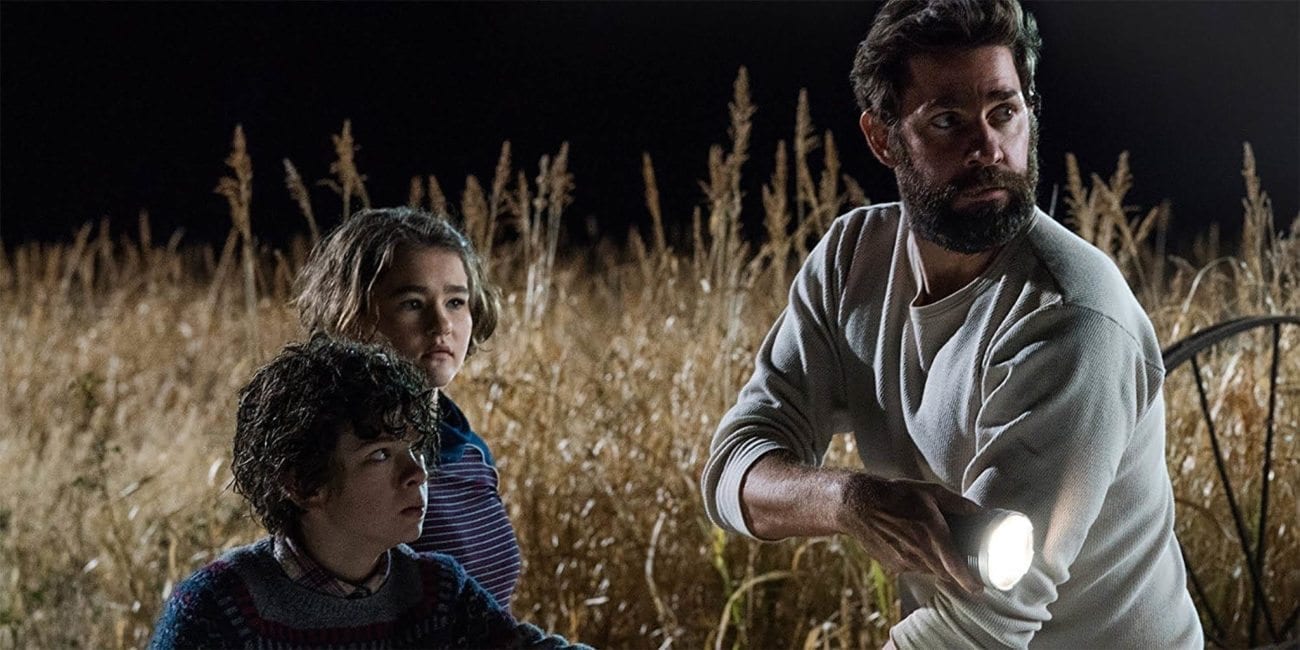 On deaf ears: A history of disabled actors

John Krasinski’s A Quiet Place has recently joined the esteemed pantheon of exciting and fresh modern horror that has taken the genre away from its sequel-laden, found footage slump, and has made waves with its authentic casting of deaf actress Millicent Simmonds.

With a concept straight out of one of Steven Moffat’s better episodes of Doctor Who, Krasinski, along with his real-life wife Emily Blunt (Edge of Tomorrow), and their two children, inhabit a post-apocalyptic Earth that has become the domain of noise-sensitive creatures. So much as breath too loud or step on a creaky floorboard and you could be hunted down and devoured in seconds flat.

Krasinki’s family have survived so long through their use of sign language, with which they communicate with their deaf daughter. It’s a classic B-movie premise that doesn’t reinvent the wheel as much as something like Get Out, but the film has received praise for its effective sound design and minimal use of dialogue. 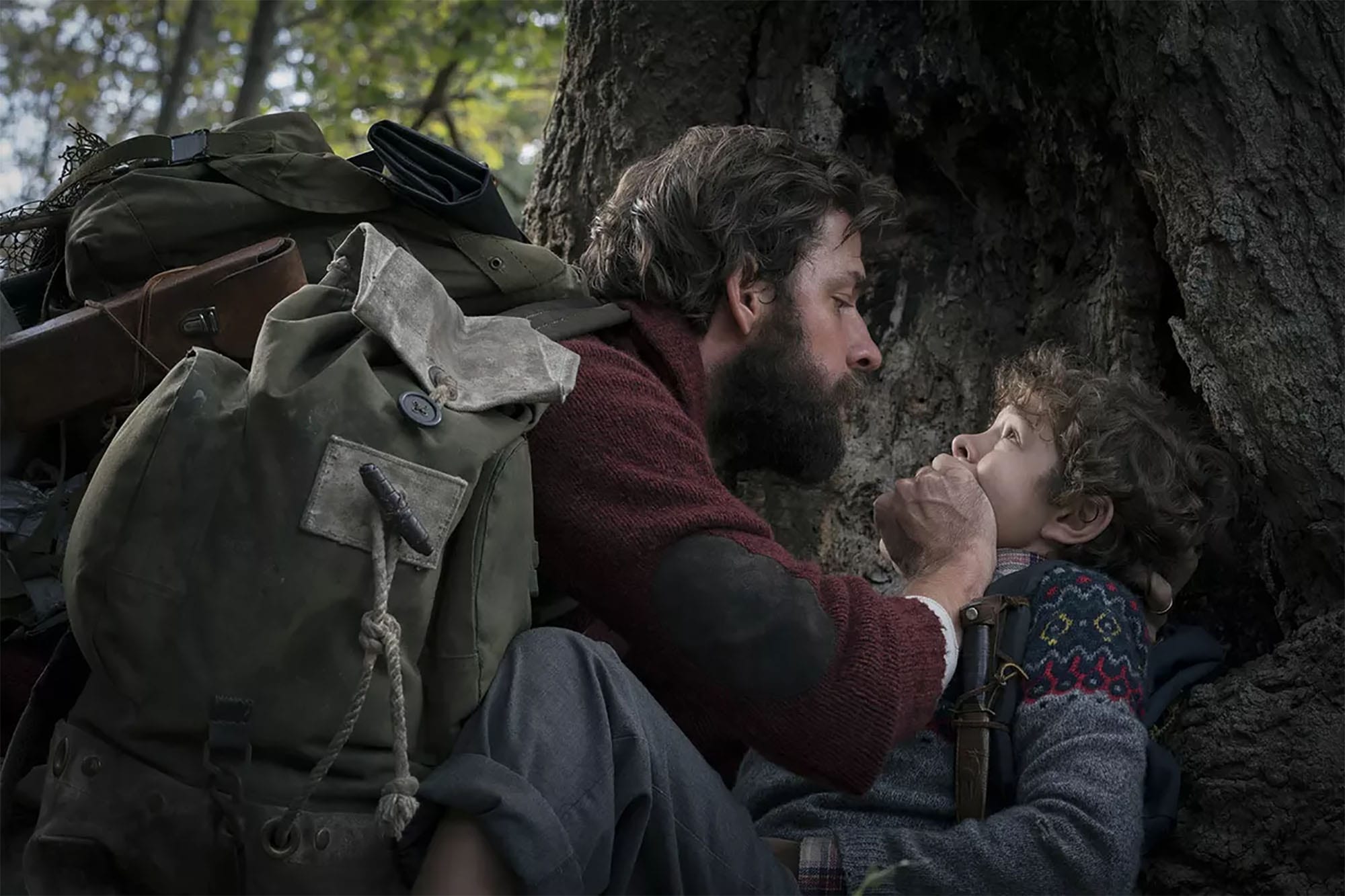 Deaf and differently abled characters are no stranger to the horror genre. In 2016’s Hush, Kate Siegel (Ouija: Origin of Evil) stars as a deaf writer who becomes victim of a house invasion. Don’t Breathe features Stephen Lang (Avatar) as a blind man on the hunt for teenagers, a similar premise to A Quite Place with a more human touch.

A Quiet Place elevates the concept, however, with the casting of Millicent Simmonds who, like her character, is actually deaf. After an impressive performance in Todd Haynes’s Wonderstruck, Simmonds has proved that her disability, rather than a hindrance, can add new dimensions when shooting a film. 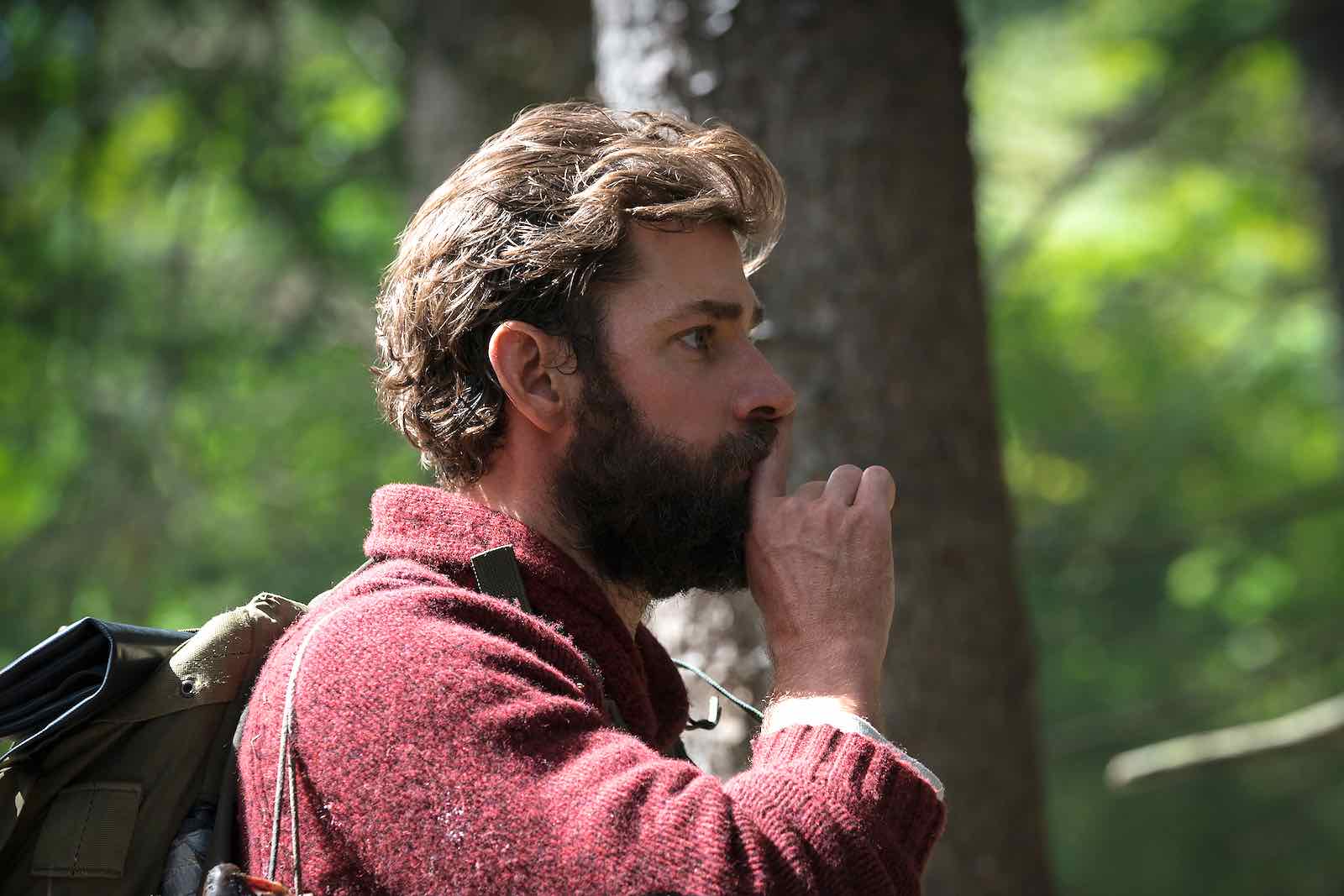 Screenwriter Scott Beck (Nightlight) revealed that Krasinski “really pushed for [Paramount] to hire Millicent”, to add some authenticity to everyone’s performances and confirmed, “it was really amazing and brought an extra depth to the film.”

Earlier films have been criticized for exploiting their disabled actors, but Simmonds’s casting shows us that the acting profession is not limited to the entirely able-bodied. Here is Film Daily’s rundown on the history of disabled actors.

This Pre-Code horror film from 1932 took advantage of loose censorship rules, depicting people with deformities, forced to work as circus freaks, with a surprising amount of heart and honesty. The poster asks the question “can a full grown woman truly love a midget?”

When the answer in this case turns out to be “no”, the woman is punished severely by a maligned group of disabled performers who are sick of her prejudices. The gruesome ending is a little heavy-handed with its message, but for a film pushing 90, its representation is surprisingly sensitive.

When Jack Birkett (The Bride) began losing his sight in the 1960s, he didn’t let this dissuade him from an acting career. Better known for his turns on the West End, he later transferred to film and did all of his most high profile work when he was completely blind. He worked alongside Derek Jarman, appearing in a number of Shakespeare adaptations, as well as Jarman’s cult fantasy film Jubilee.

The controversial Acid Western from Alejandro Jodorowsky (The Holy Mountain), the director is known for using amputees and short actors in roles that some consider exploitative, and El Topo is the most infamous example. Unfortunately, these disabled actors are largely there for set dressing to make Jodorowsky’s vision stranger, and only given a handful of lines between them. His films rank amongst the trippiest ever made, so it’s still worth a watch.

Star Wars changed cinema forever, not least for short actors like Davis and Kenny Baker. As fantasy and sci-fi became the new hot ticket, directors realised that actors with dwarfism were a perfect fit for playing droids and creatures that were too small for actors on the taller side.

Baker has been alongside Anthony Daniel’s C3PO as R2D2 since the first Star Wars film until his death in 2016, and Warwick Davis discovered acting at the young age of 11, after he saw a casting call for Return of the Jedi.

Baker became the Ewok, Wicket, and has been a genre film staple ever since, with roles in Leprechaun, Harry Potter and Doctor Who. He was also known for his role in David Lynch’s The Elephant Man, although the title role was played by John Hurt in prosthetics.

A pioneer in deaf performance, Bragg began teaching drama at the California School for the Deaf, before his experience directing student plays led to the founding of the National Theatre for the Deaf. He then made history alongside a troupe of deaf actors when he was offered a one hour slot on NBC, which became the first instance of televised sign language.

Lucky for Elcar, he already had a firm supporting role on TV’s MacGyver before he began to lose his sight from glaucoma, so he didn’t have to fight for blind representation.

Elcar’s is a fantastic case of art imitating life as, once it was clear his sight was going, his experiences with the disease were written into the plot of the show during the sixth and seventh seasons. He retired after challenging himself to a theatrical role in Waiting for Godot, as well as some choice guest appearances.

We don’t expect you to be able to pronounce hypohidrotic ectodermal dysplasia, but it’s safe to say Berryman’s unusual appearance brought upon by a lack of hair, teeth and sweat glands, has been a benefit rather than a hindrance.

Beginning with a role in One Flew Over the Cuckoo’s Nest, Berryman took advantage of his peculiar looks and made a name for himself playing villainous roles in horror and science-fiction films. His most famous role to date is still the cannibalistic Pluto in The Hills Have Eyes.

Ferrigno isn’t completely deaf, but it’s still impressive that an actor who lost approximately 80% of his hearing as a child went on to become the first, and still iconic, live-action iteration of the Incredible Hulk. Although in this version, David, not Bruce, Banner turns into a Hulk who cannot speak, and is more Bigfoot than superhero.

Matlin made history twice upon the release of Children of a Lesser God, which chronicles the romance between a deaf janitor for a school for the deaf and a new teacher (William Hurt), who teaches her to speak aloud. Not only was she the youngest person to receive the Academy Award for Best Actress in a Leading Role, at 21, she was also the first and only deaf person to receive an Oscar.

Spoilers ahead for There Will Be Blood: one of the film’s many climactic moments is the deafening of Daniel Plainview’s son H.W. during an oil explosion. When the film flashes forward, director Paul Thomas Anderson (Phantom Thread) wanted authentic casting for Plainview’s now grown son, so cast deaf actor Russell Harvard. He has since enjoyed a career on stage and screen, including a recurring role in the acclaimed series Fargo.

Breaking Bad made television history with practically every episode, but its first season was especially innovative with its casting of Walter White’s son, Walt Jr. Like his television counterpart, Mitte has cerebral palsy, and his extended role in the show – appearing in 53 episodes – was revolutionary. Rather than casting a more able-bodied actor, Mitte (The Recall) proved not only that disabled representation is important, but easily achievable as well.

Peter Dinklage became one of television’s biggest stars after his critically lauded role on Game of Thrones, one of the first short actors to do so without being masked by costumes or makeup. He has since broken through to film, playing the villainous Bolivar Trask in X-Men: Days of Future Past, and is appearing in an undisclosed role in Avengers: Infinity War.

Pearson has neurofibromatosis, a rare condition that causes deformities and growths on the skin. He is most known as a campaigner and documentary presenter, as well as creating outreach programs to prevent bullying, but also appeared alongside Scarlett Johansson in Jonathan Glazer’s Under the Skin.

Pearson has expressed interest in continuing the long tradition of deformed Bond villains, and it would certainly make a nice change from conventional actors wearing makeup and props.

American Sign Language (ASL) has been getting a lot of love in movies recently. Although Ruby Rose and Sally Hawkins both used ASL in John Wick: Chapter 2 and The Shape of Water, neither are actually disabled.

The best example has to be Baby’s deaf and wheelchair bound guardian in Baby Driver, played by CJ Jones, a real deaf actor. With one of film’s most erratic and colorful casts in recent memory, Jones still manages to shine through, and gives what is often a very loud, nasty crime film some much needed soul.