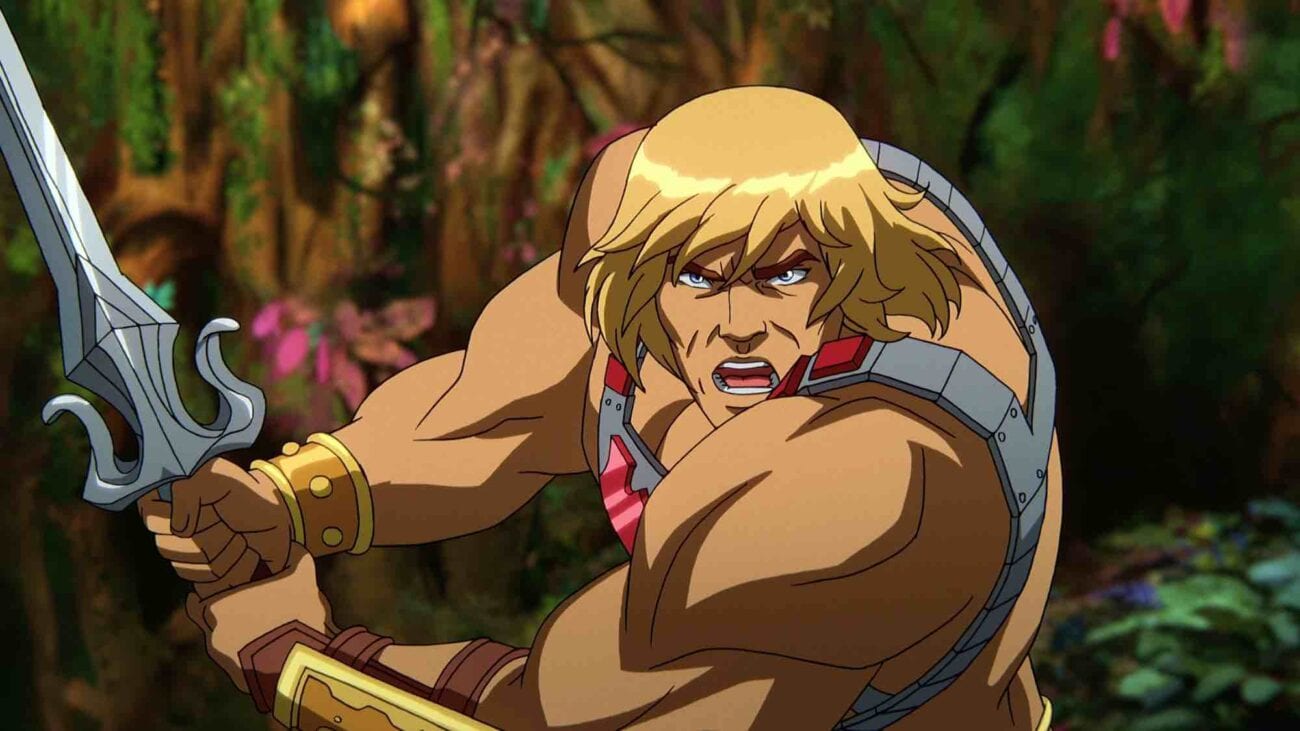 She-Ra and the Princesses of Power has unfortunately ended, but there is still more content from the world of He-Man to have. Yesterday, Netflix Geeked unleashed the trailer for The Masters of the Universe: Revelation. The series, which has been revived by Clerks director Kevin Smith, is a sequel to the original 1980s animated series rather than a spinoff or a reboot.

The character of He-Man/Prince Adam will return in a brand new adventure, which we really can’t wait to see happen. Honestly with a more adult story and an upgraded animation budget? It promises to be pretty awesome. As for what He-Man and the Masters of the Universe: Revelations will bring us? Well, let’s take a look at the trailer and what we know about the series so far to learn.

What is this new He-Man story about?

The synopsis for the sequel series reads: “After a cataclysmic battle between He-Man and Skeletor, Eternia is fractured and the Guardians of Grayskull are scattered. And after decades of secrets tore them apart, it’s up to Teela to reunite the broken band of heroes, and solve the mystery of the missing Sword of Power in a race against time to restore Eternia and prevent the end of the universe.”

The trailer for Masters of the Universe: Revelation is full of glorious, over-the-top action with “Holding Out for a Hero” playing pitch perfect to the action. It’s just there to give you full-blown 80s nostalgia. Even if you didn’t grow up during the 80s, the trailer will make you super nostalgic for them.

Kevin Smith, who directed such classics as Clerks and Dogma, serves only as the showrunner for this series. While Smith does appear in his own projects from time to time as a character, he’s not in this one. Though his daughter Harley Quinn Smith and friend Jason Mewes both have roles in this He-Man series. 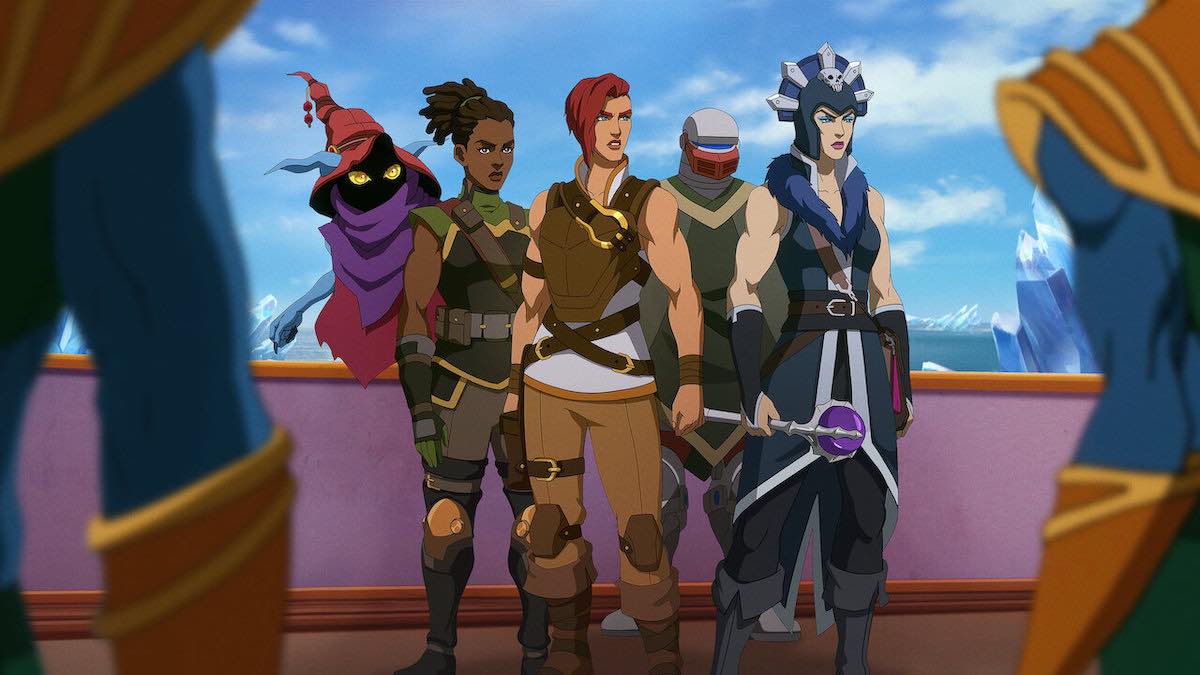 Who is in Masters of the Universe: Revelation?

The series has a fantastic cast bigger than the character of He-Man’s muscles. Mark Hamill (Batman: The Animated Series) as the evil Skeletor, Sarah Michelle Gellar (Buffy the Vampire Slayer) as Teela, Chris Wood (Supergirl) as Prince Adam / He-Man, Lena Headey (Game of Thrones) as Evil-Lyn, and Tiffany Smith (Flight of the Sparrow) as Andra.

Rounding out the cast are Liam Cunningham, Stephen Root, Diedrich Bader, Henry Rollins, Alicia Silverstone, Justin Long,  Phil LaMarr, Tony Todd, Cree Summer, Kevin Michael Richardson, and Kevin Conroy. Needless to say, there’s some major talent in the cast for Master of the Universe: Revelation and we can’t wait to hear them in action. Because the series is animated!

Smith said on the series, “Narratively our show is set up as the next episode in the legacy ‘80s animated series that aired from 1983-1985. This is a continuation of that story. We’re playing with the original mythology and characters, and revisiting and digging deeper into some of the unresolved storylines.” 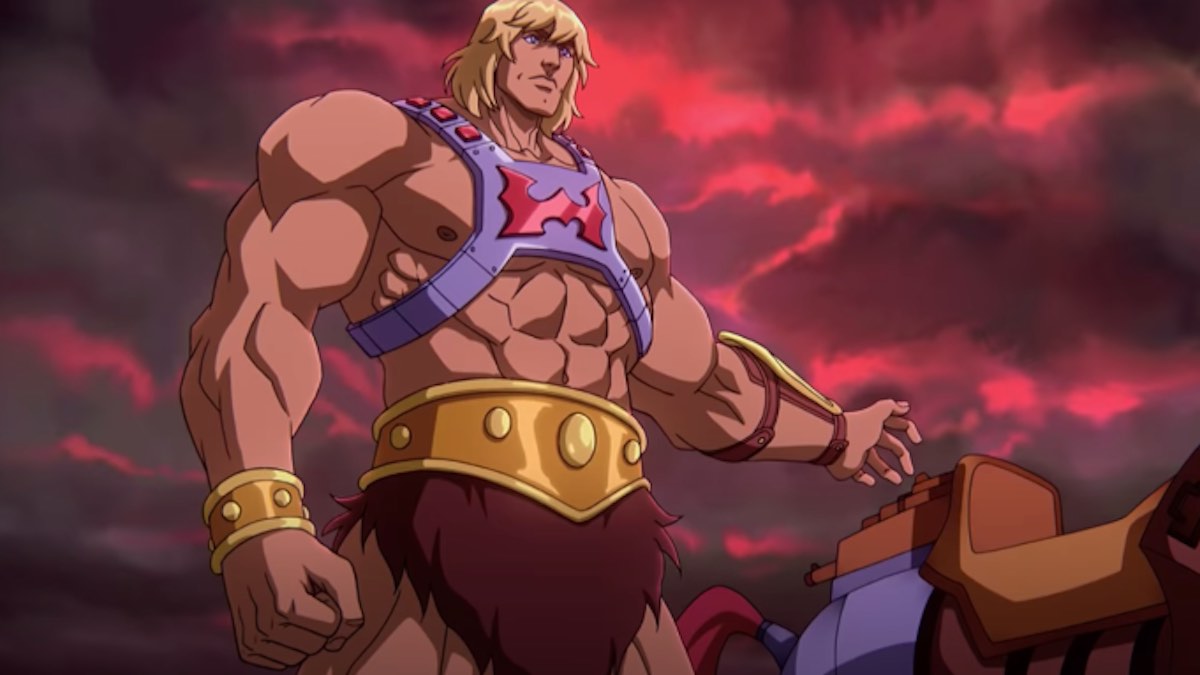 The Masters of the Universe: Revelation will be split into two parts with the first part airing on July 23 of this year. As for the second part of this bifurcated season (series?), we don’t know when it will come up. It could be later this year. It could be in 2022. As Lucifer taught us? We don’t know anything and Netflix will let us know when the streamer is good & ready.

Either way, it looks like it’s going to be a fun romp either way.

Are you excited about the new He-Man series? Who from the franchise is your fave character? Share your thoughts in the comments down below!