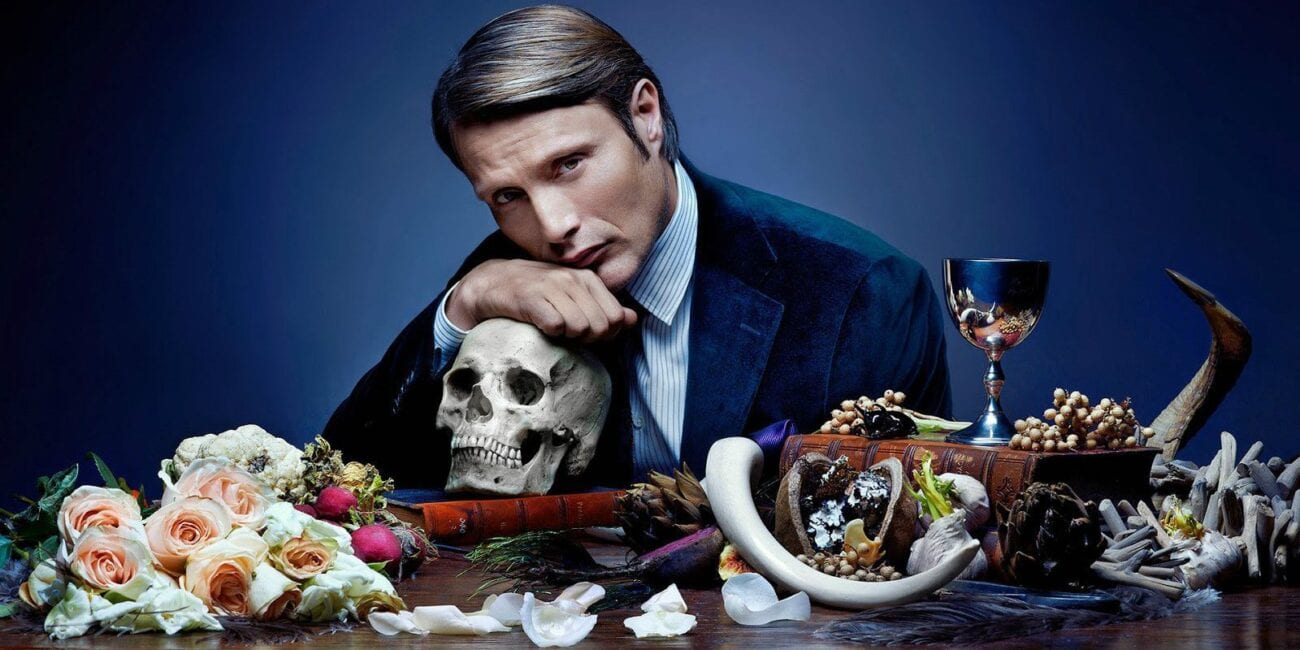 Crazy is an appropriate word for NBC’s Hannibal. How else would you describe a series in which the two most sympathetic characters are people you should run away from, screaming? Madness and the philosophical justifications of murder should have the audience backing away in horror – and yet the world we are lured into is full of dark poetry, dripping with intelligence and insight as much as it drips with blood. 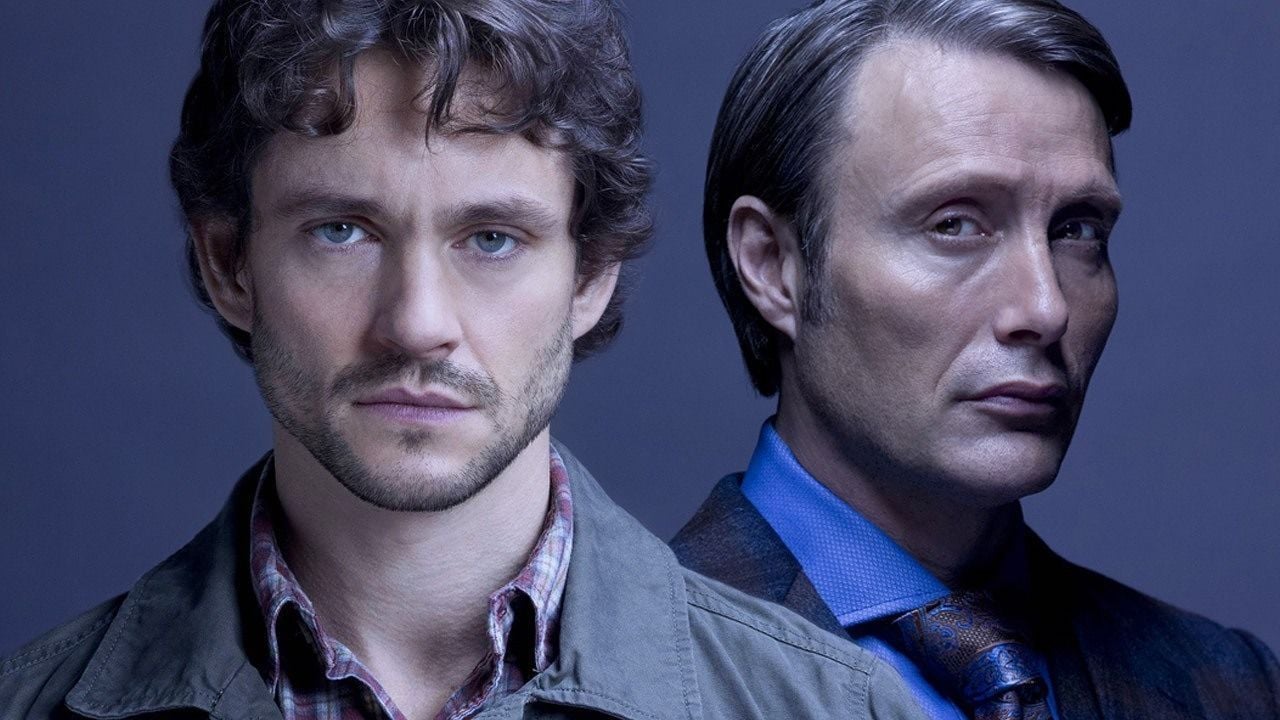 Hannibal: The series so far

Hannibal season 1 is replete with macabre crime scenes, the rich imagery of hallucinations & nightmares, and the machinations of an intelligent psychopath (Hannibal) corrupting a complex but inherently good man (Will). Viewers are tricked into anticipating a procedural crime series with a twist, but are spiraled away from expectation and delivered something altogether more intimate & feral.

Hannibal season 2 is a breathtaking game of cat and cat, in which both opponents are finally fully aware of the stakes. Season 3 builds to the crescendo when our conflicted protagonist finally reaches the culmination of his “becoming”. And then . . . then we’re left bereft, without ever getting to witness what emerges from the chrysalis Hannibal has been whispering into. 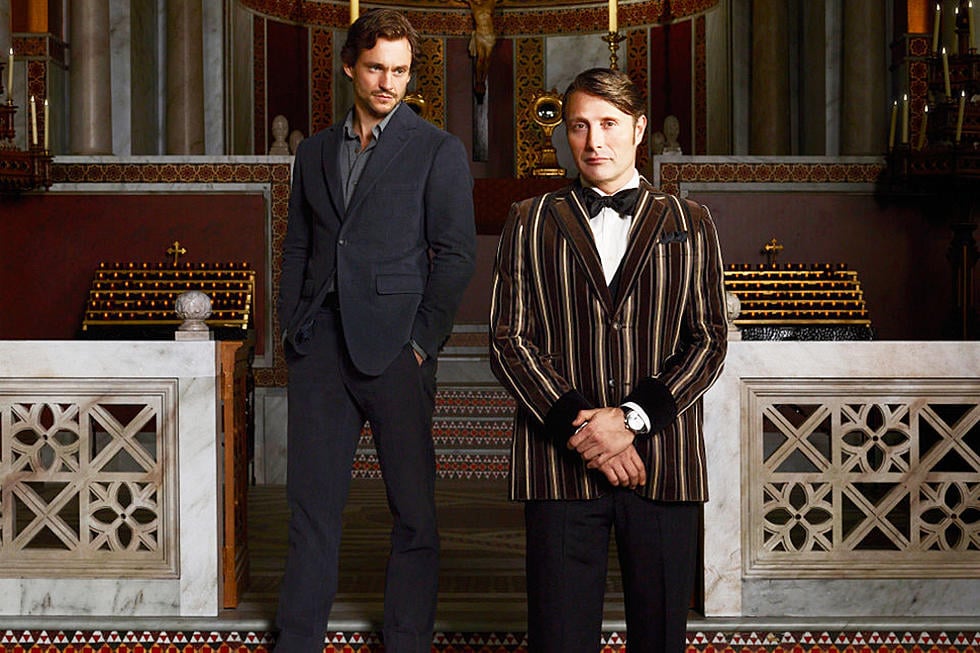 In an interview with Vulture given after the Hannibal season 3, Bryan Fuller admitted: “I still want to be able to tell that story, and it’s perhaps the most fascinating chapter of Will Graham’s story yet.” We really wish someone would give him the chance to share that tale.

A fourth season of Hannibal would allow for exploration into what exactly Will has “become”. Hannibal, who appears to have grown tired of a predictable world gone stale, anticipates Will’s emergence as something even he cannot predict. The glimpse we get of Will on a clifftop, drenched in blood & righteousness, is tantalizing – but Hannibal’s finale ends with a final act of defiance.

One could argue that Hannibal’s ending wraps the story up perfectly. What other conclusion could the doomed love-hate relationship have but to fling itself from the proverbial parapet? However, Hannibal teaches us not to be satisfied with what we are given; the series teaches us to grope in the darkness for our desires and glut ourselves when we find them. 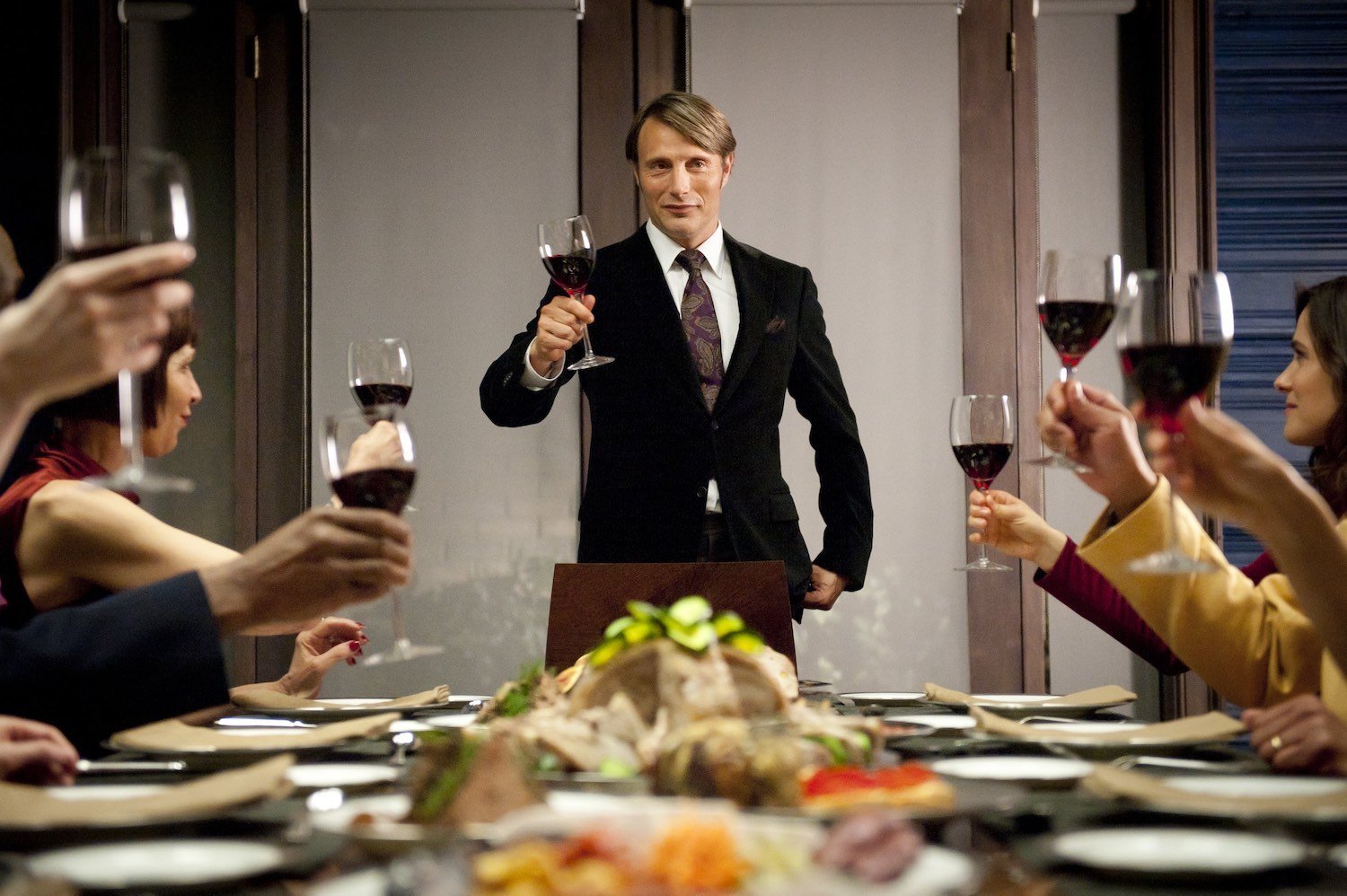 What audiences truly desire is more Hannibal. If Bryan Fuller genuinely wanted to tie up Hannibal with a neat little bow, he wouldn’t have left us with the evocative image of Bedelia Du Maurier contemplating her own steaming leg at a dinner table set for three, oyster fork concealed in the folds of her dress.

The community of Hannibal fans has only continued to grow since the last episode aired, and if this is anything to go by, surely pecuniary incentive exists for a fourth season. Fannibals have created three separate books of fan work – RAW, RADIANCE, and RAVAGE – and at last count A03 has nearly 24,000 Hannibal submissions, the most popular of which has garnered 327,000 hits. 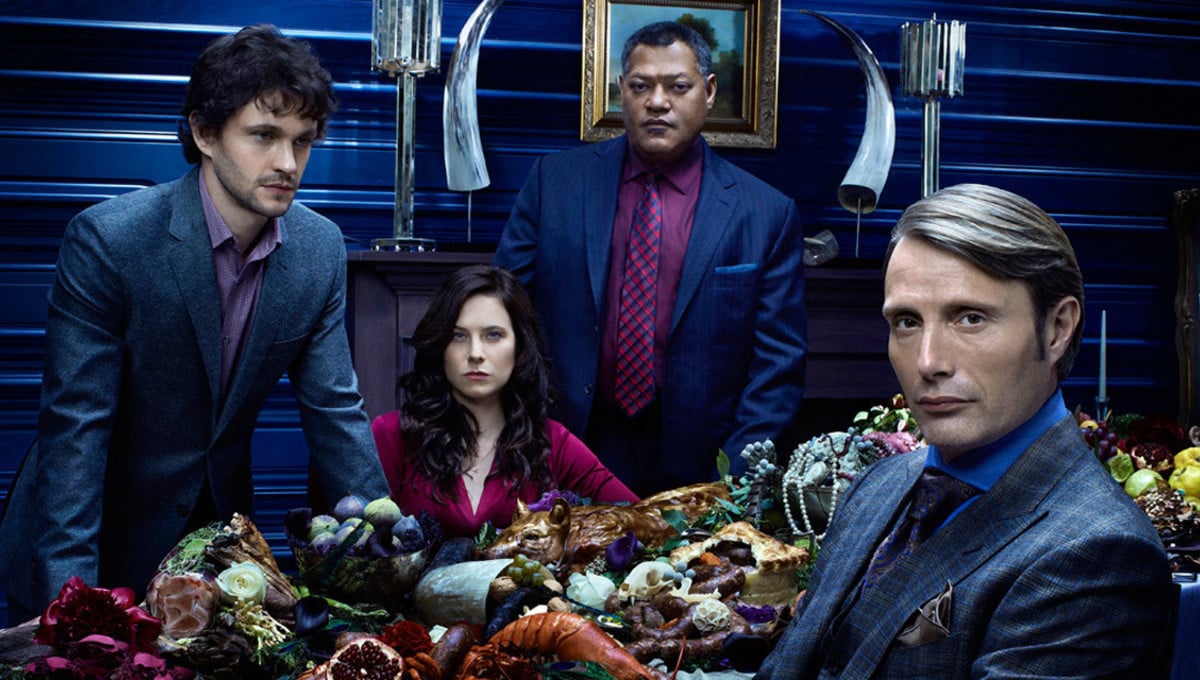 Why Hannibal – and not some other show?

One of the reasons Hannibal enjoys so much support is because it operates on a number of levels. The same concept delivered without the finely-tuned script, the skill and rapport of the actors – Mads Mikkelson, Hugh Dancy, Lawrence Fishburn, Gillian Anderson, etc. – the music, the cinematography, and the attention to detail, would undoubtedly fall flat.

Another draw for Hannibal’s avid fan following is the chemistry between Hannibal & Will. There’s much to be said for a good bromance, but in the 21st century, is it too much to ask that the “b” be dropped? Bryan Fuller has previously revealed there are takes of the final scene in which Hannigram kiss; is the mainstream audience still too uncomfortable with such an idea? The actors certainly aren’t. 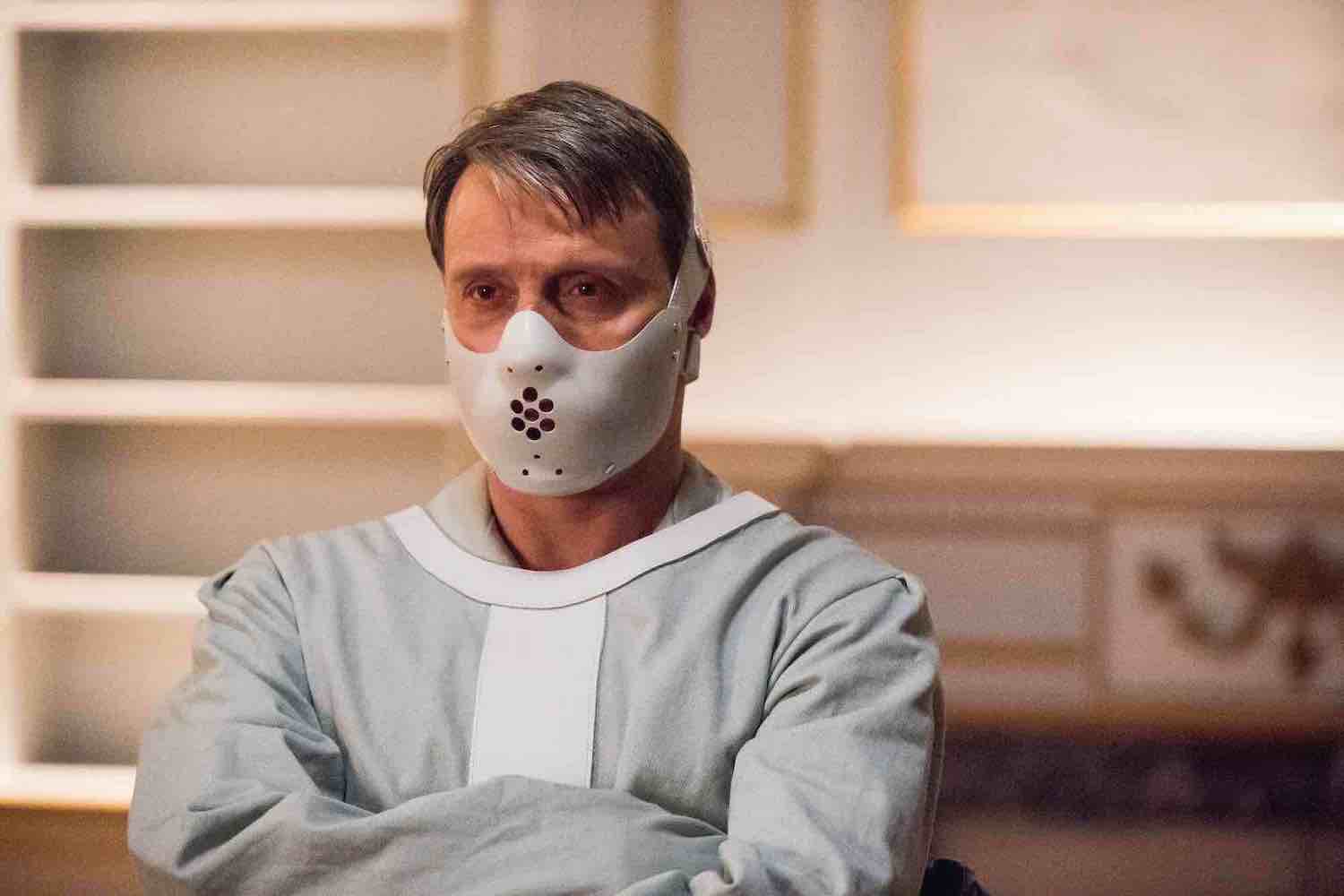 The internet still rings with demand for a fourth season of Hannibal, and the cast & crew still seem to be a tight-knit group. On Saturday, July 11th 2020 at 10am P.T., you can tune in to Nerdist’s YouTube channel to witness a virtual reunion of all the main cast and the show’s creators. The reunion special promises behind-the-scenes anecdotes and hints about a possible future for Hannibal.

We can only hope the momentum of the fanbase, enthusiasm of the cast & crew, and enduring quality of Hannibal will eventually lead to our wish fulfillment. After carving out such a beautiful, visceral niche for itself, Hannibal’s cancellation still leaves room for more courses – and Fannibals are still hungry. 🤤 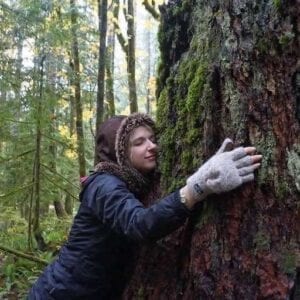 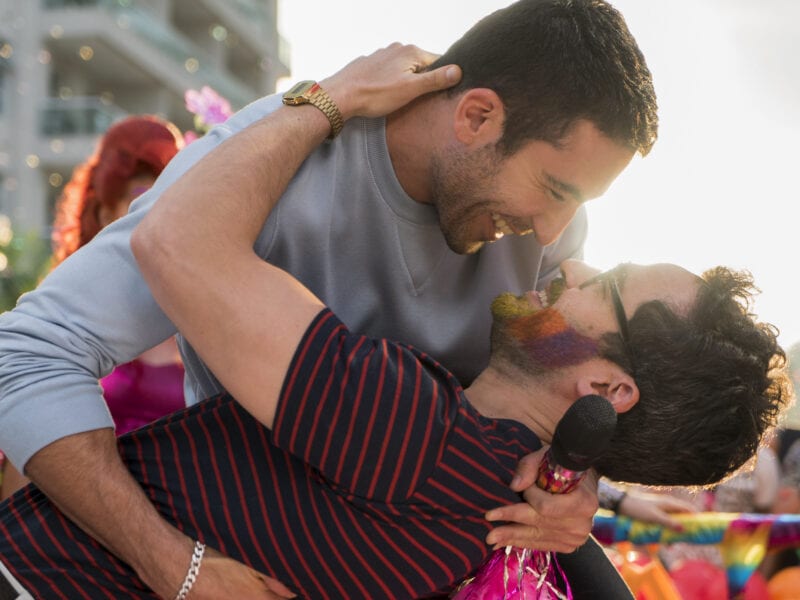 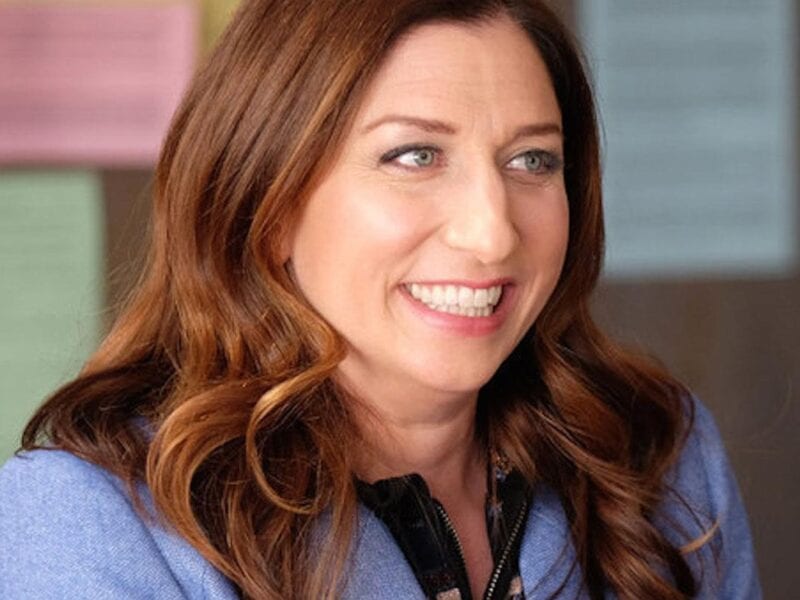