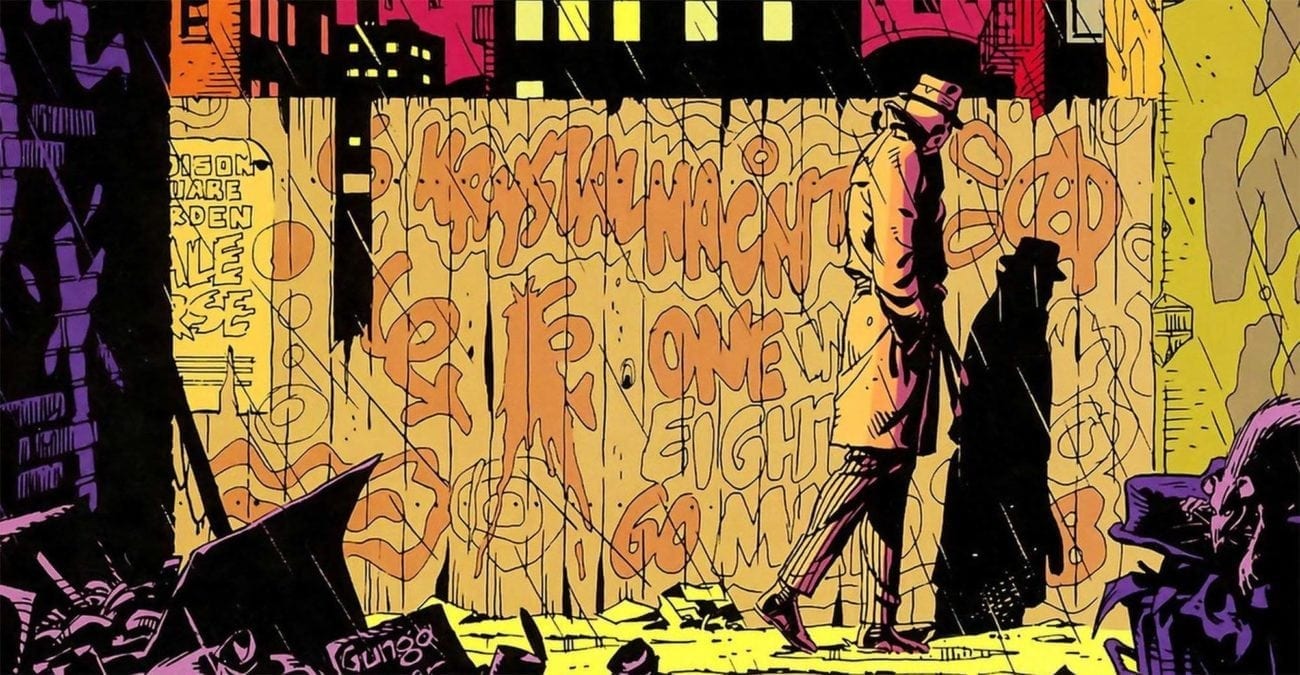 Everything we know about HBO’s ‘Watchmen’ so far

If you’re a huge fan of the groundbreaking comic books, you’re likely excited (if a little concerned) about HBO’s upcoming Watchmen series from Damon Lindelof due to premiere later this month. We can’t promise it’ll meet expectations or the rise to the quality of the original book, but we can share everything we know about HBO’s Watchmen so far. By all accounts, it actually sounds incredibly promising, if nothing like what we were expecting.

8. It won’t follow Alan Moore’s original story of the comics

In a lengthy letter posted on his Instagram, Lindelof addressed all the current concerns fans have regarding what most assumed would be a straight up adaptation of Alan Moore & Dave Gibbons’ seminal book.

“We have no desire to ‘adapt’ the twelve issues Mr. Moore and Mr. Gibbons created thirty years ago. Those issues are sacred ground and will not be retread nor recreated nor reproduced nor rebooted. They will however be remixed. Because the bass lines in those familiar tracks are just too good and we’d be fools not to sample them.”

Lindelof assured fans the story will still be set in the same world but will follow a completely original story. “It has to vibrate with the seismic unpredictability of its own tectonic plates. It must ask new questions and explore the world through a fresh lens. Most importantly, it must be contemporary.”

7. But don’t worry, Lindelof can totally be trusted with this – he’s a noted Watchmen fan

In 2009, the writer sat down with Comic Book Resources to discuss the final ever issue of Watchmen. As well as revealing he read the comics in 1986 “one issue at a time”, he also revealed the comics had a tremendous impact on him as a writer too. “From the flashbacks to the nonlinear storytelling to the deeply flawed heroes, these are all elements that I try to put into everything I write.”

Sure, Zack Snyder (Justice League) was also a fan and his 2009 movie – though not terrible – also missed the mark slightly. But Lindelof (Lost) seems to have an understanding of Watchmen that goes beyond the basic premise, characters, and general vibe.

6. Lindelof’s approach to the show mirrors the ethos of the comics

Since its release in 1986, DC’s Watchmen has remained one of the most startling and irreverent superhero stories ever written. If you’ve read the graphic novel you’ll understand that it maintains a hearty sense of skepticism regarding the point, purpose, and actions of superheroes and it sounds like that’s something Lindelof will be maintaining in his pilot, telling Vulture:

“What we think about superheroes is wrong. I love the Marvel movies and . . . I’m all for Wonder Woman and Batman and I grew up on these characters, but we should not trust people who put on masks and say that they are looking out for us. If you hide your face, you are up to no good.”

5. Whatever story Lindelof has planned sounds like it will be a timely one

In the same interview, the writer revealed one of his most loved qualities about the book and why it forms the perfect foundations for a contemporary “remix” of the world it inhabits. “Watchmen — it was dangerous. And you can’t be dangerous for dangerous’s sake, but the reason that I’m doing this is these are dangerous times, and we need dangerous shows.”

4. A number of exciting cast members have been added

Earlier this week, Variety reported that several notable cast members have been added to the production, though exact details of their characters are being kept under wraps. Regina King (Enemy of the State), Don Johnson (Django Unchained), Tim Blake Nelson (Leaves of Grass), Louis Gossett Jr. (An Officer and a Gentleman), Adelaide Clemens (The Great Gatsby), and Andrew Howard (Limitless) will all star in the HBO show with King in the lead role.

3. Some interesting new characters will be explored

Some character descriptions outlined in an open casting call for the show were shared by That Hashtag Show in April, indicating the pilot might revolve around a group of Oklahoma Police Officers. Among them are a married African-American couple (the wife of which is the cop of the two), an “androgynous and lustful bisexual cop” called Pirate Jenny who is “an anarchist at heart”, a Russian “Mafioso, track suit wearing cop”, and a “good looking” cop called Looking Glass who “may be a bit of a sociopath”.

Obviously, none of this has been confirmed by anyone involved in the production so take it with a pinch of salt. But as The Hashtag Show pointed out, revolving the story around cops wouldn’t be too far flung from the Watchmen story of vigilantism. Especially as the original story highlighted how many cops went on strike to protest their jobs being taken away by masked vigilantes.

2. Nicole Kassell will direct and executive produce the pilot

1. There’s currently no news on when the pilot will premiere

However, it’s worth noting that pre-production began on Watchmen in September 2017 and as more announcements regarding the show’s development have been slowly trickling through recently, we’re inclined to believe actual production will be taking place soon. That means the pilot has the potential to debut sometime later this year or early 2019.