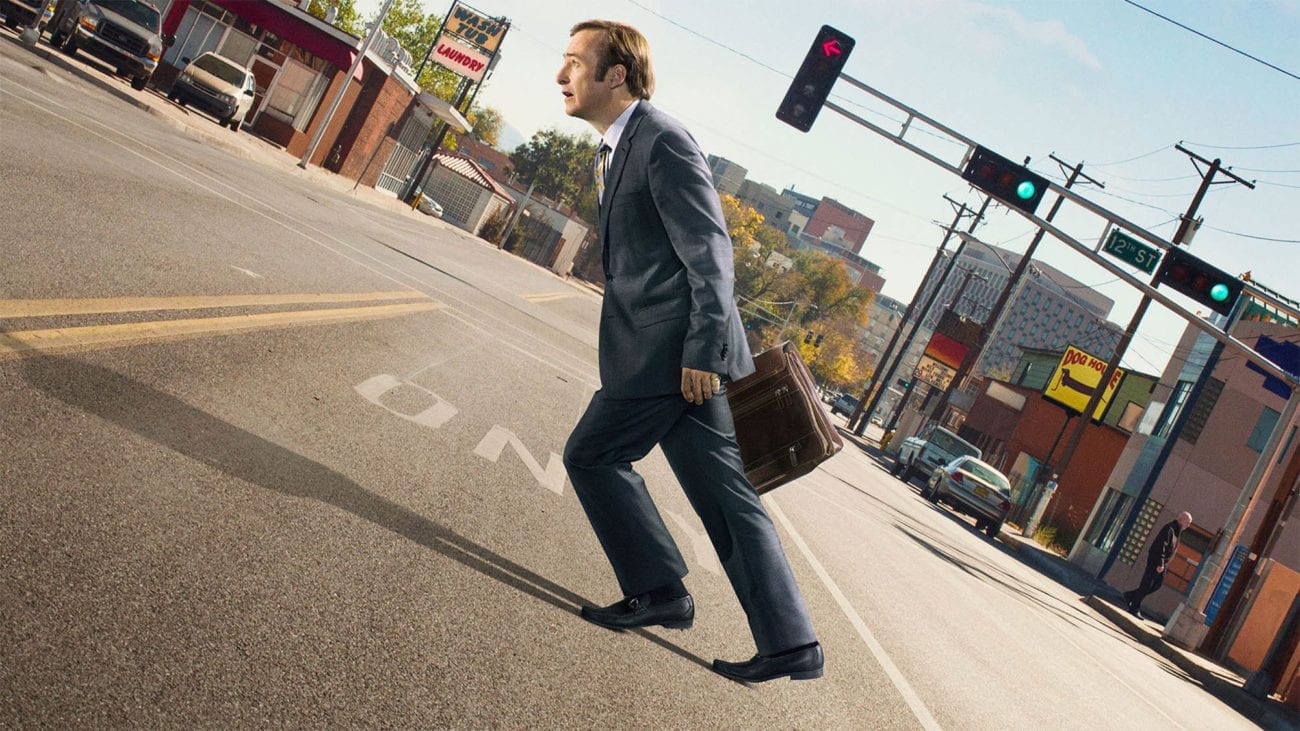 It’s all good, man: The best episodes of ‘Better Call Saul’ so far

If you’ve been keeping up with AMC’s Better Call Saul, you’ll be aware that the show isn’t letting up in terms of quality. The show continues to be one of the most unpredictable, intelligent, and ruthlessly plotted currently airing – a tough feat considering it offers a prequel narrative to Breaking Bad, and by all accounts, we already know the bad ending for many of the characters featured.

As the fourth season played out, it was clear we were heading towards the most exciting plot points of the entire series. It made us want to revisit the show from the start and celebrate some of the best episodes so far. In looking forward to the thrilling fifth season of Better Call Saul, which we’re betting will be the best yet, we decided to look back upon the past. Here’s our ranking of the ten best episodes from Better Call Saul’s first three seasons. 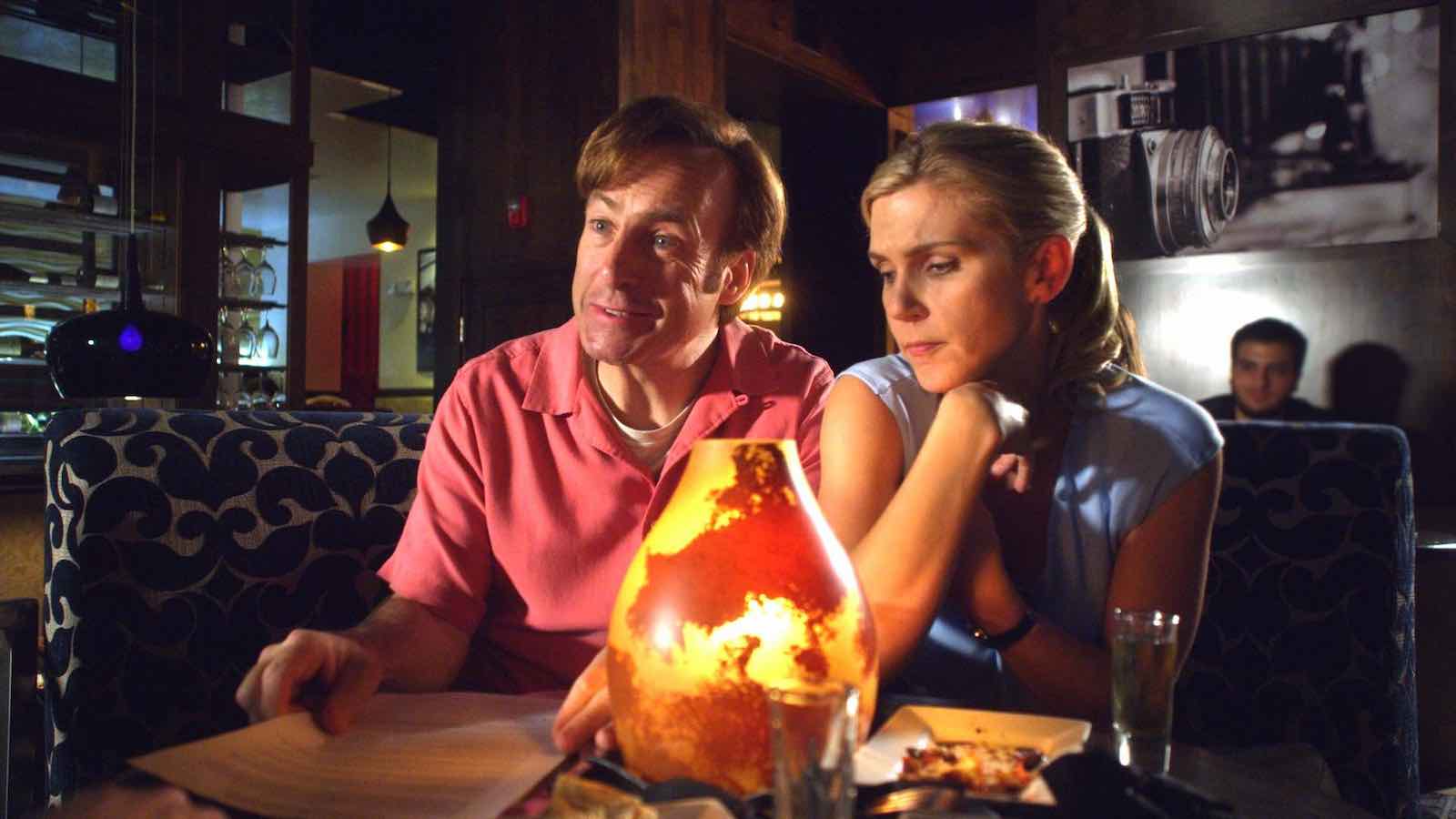 We seriously don’t think this episode receives nearly enough love from fans. Though “Switch” de-rails from the central narrative slightly, it provides some captivating insight into the dynamics of Kim (Rhea Seehorn) and Jimmy’s (Bob Odenkirk) relationship. Their chemistry is evident in the episode as they enjoy a boozy day and night together while performing a con on a rich asshole with more money than sense.

But it’s also fascinating to see how Kim responds to the con, Jimmy’s keen and masterful hand at engineering it, and how confidently and capably she’s able to navigate the situation. Kim is one of the best female characters on TV and this episode is a fantastic reminder of that fact. 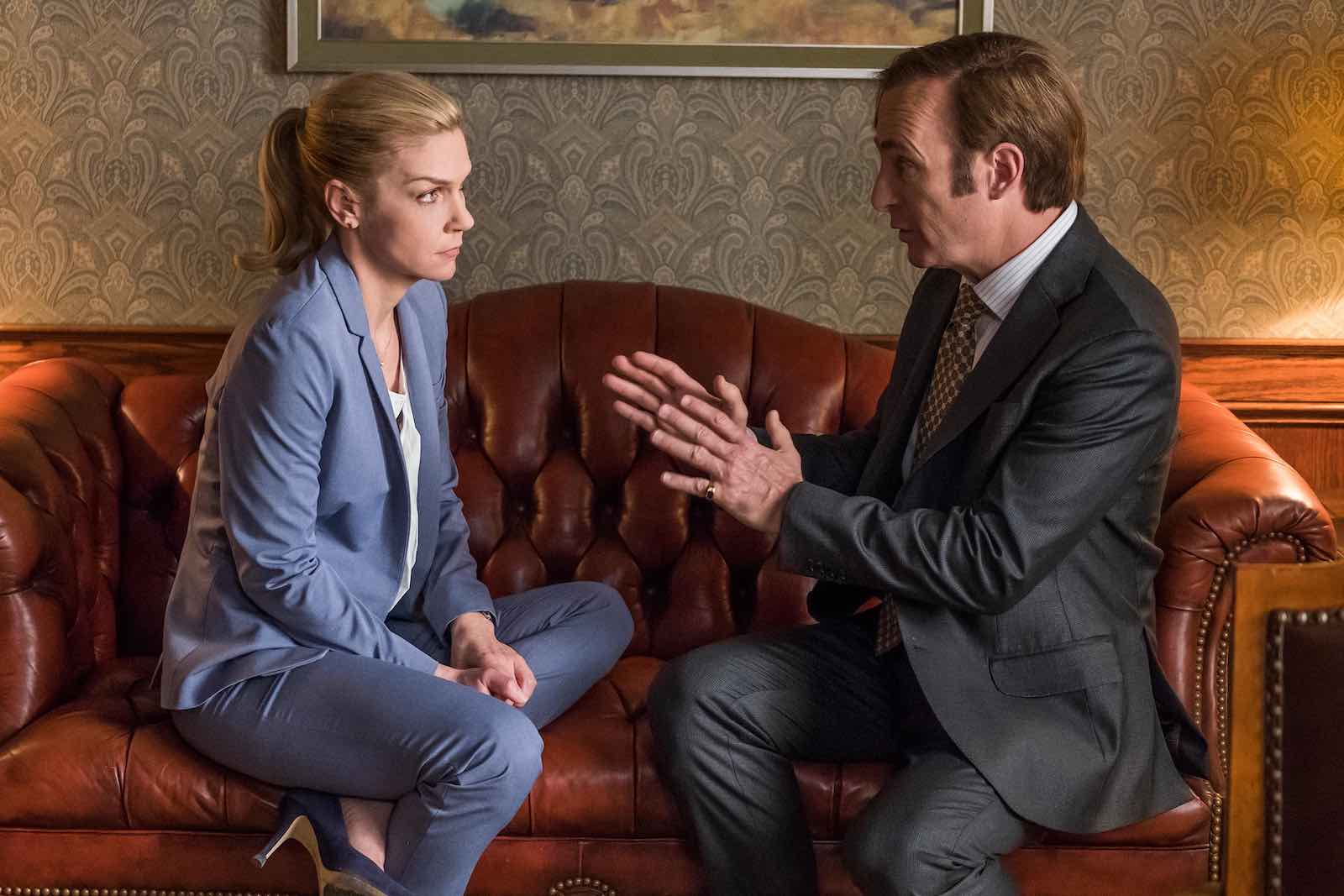 It’s the episode in which Kim and Jimmy first discuss the potential strategy of going into partnership together (only to perfectly decide on going “solo together”) and it’s also the one where Jimmy flamboyantly attempts to get his ass fired from Davis & Main.

The sharp montage that follows offers a taut and colorful portrait of exactly who Jimmy is – a guy who thinks and acts well outside the box who knows exactly how to unravel the weak spot of a person (or a corporation) and to milk it for all it’s worth.

Including playing the f–king bagpipes in a quiet office simply to “unwind”. 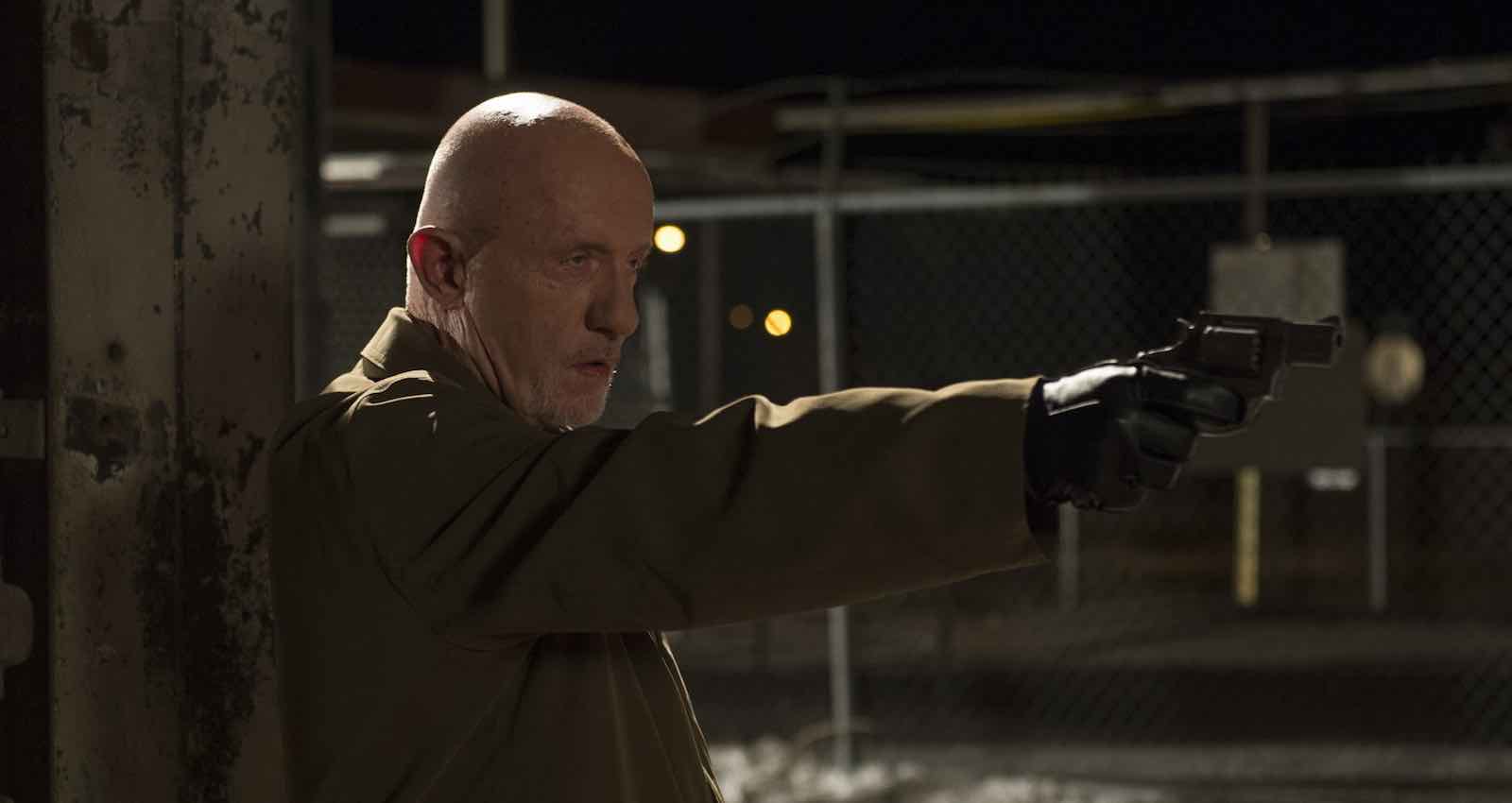 This might be Jonathan Banks’s finest hour (which is really saying a lot) as he plays out the tragic backstory of Mike Ehrmantraut – providing even more depth and volition to his beloved character with a heartfelt precision. We discover more about Mike’s days as a Philadelphia cop and that his son Matt was murdered by a couple of corrupt cops because he hesitated too long to join them.

Banks plays the episode phenomenally well – he’s wounded but furious, mournful yet stark. And his understated development of the character leaves no doubt as to his motives and agenda moving forward in the show. 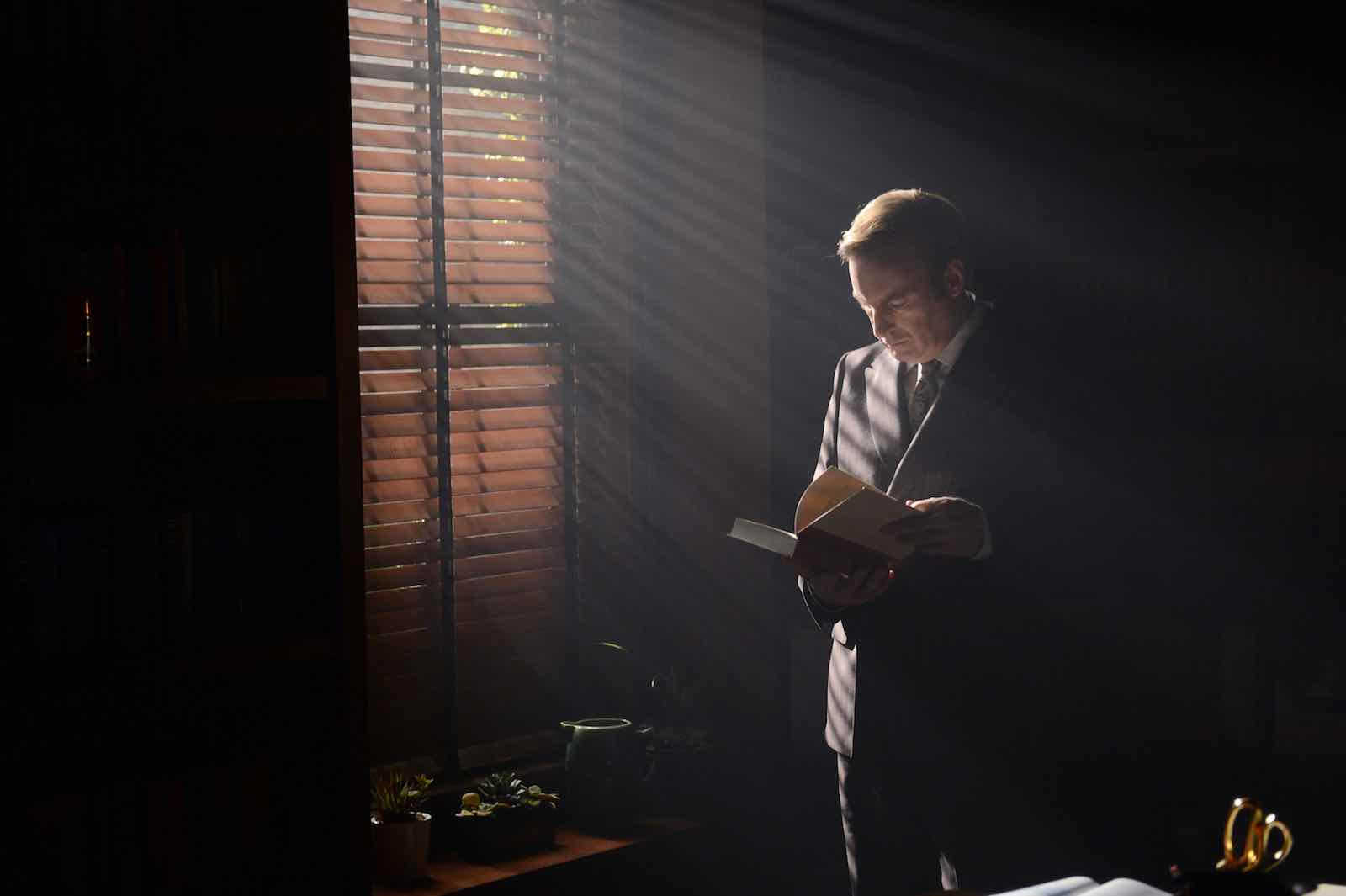 Providing some perspective on Jimmy’s life and career, “Rico” gives us insight into how hard he toiled away in various jobs to get to where he is today. But it also highlights that Jimmy is actually an exceptional lawyer – even if he doesn’t apply his skills for the right reasons or outcomes. He manages to sniff out and find corruption in the Sandpiper case, landing him a colossal personal victory.

Concurrently, we’re also given the suggestion at the end of the episode that Chuck’s (Michael McKean) medical condition is far more complicated than it may seem: Chuck’s condition seemingly disappears when he’s too preoccupied to acknowledge its existence. 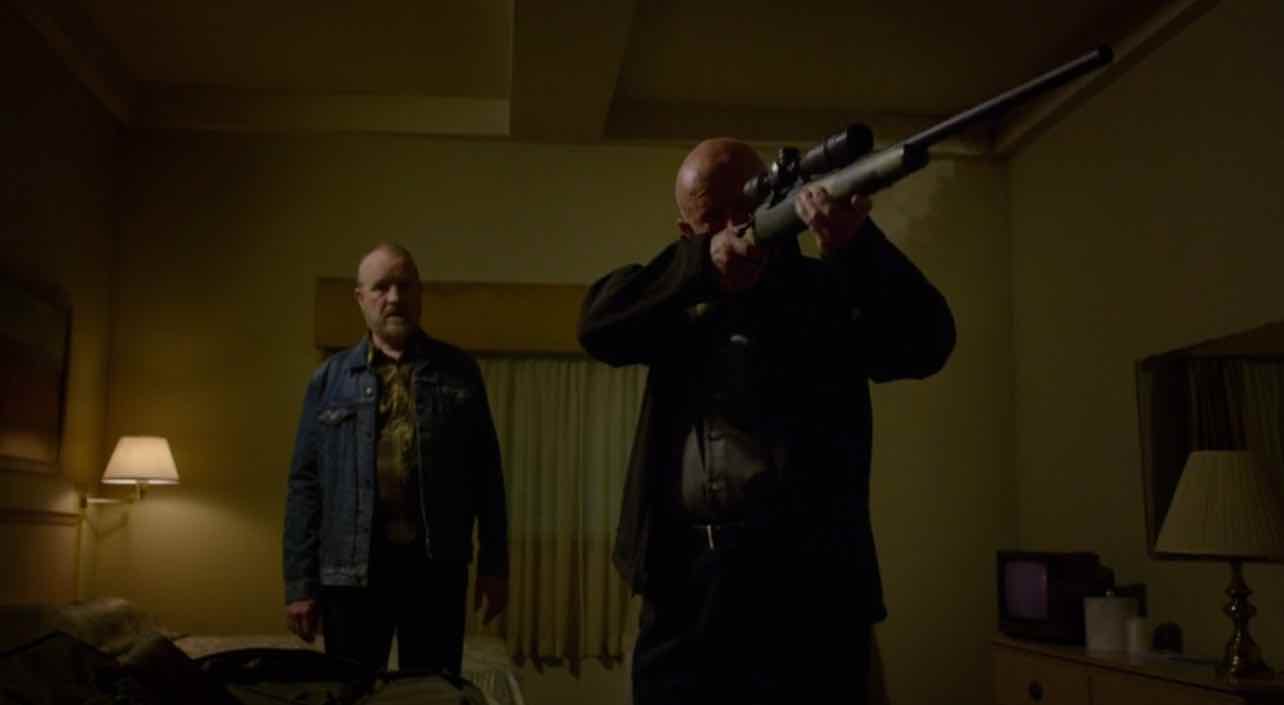 This is very much a Mike episode and a tremendous one at that. We discover that Nacho (Michael Mando) wants him to take out Tuco Salamanca (Raymond Cruz), but Mike is smart enough to know that a basic assassination plot isn’t enough to take the drug-crazed loose canon down. Instead he opts for a murder free plan by skillfully manipulating a confrontation with Tuco that puts Mike’s ass on the line in the form of a brutal beatdown. It works and the cops arrive to arrest Tuco.

The entire set-up cunningly provides some context about Mike’s criminal involvement, how far he’s willing to go for a job, and also how incredibly smart he is at de-escalating conflict and figuring out the best plan possible. 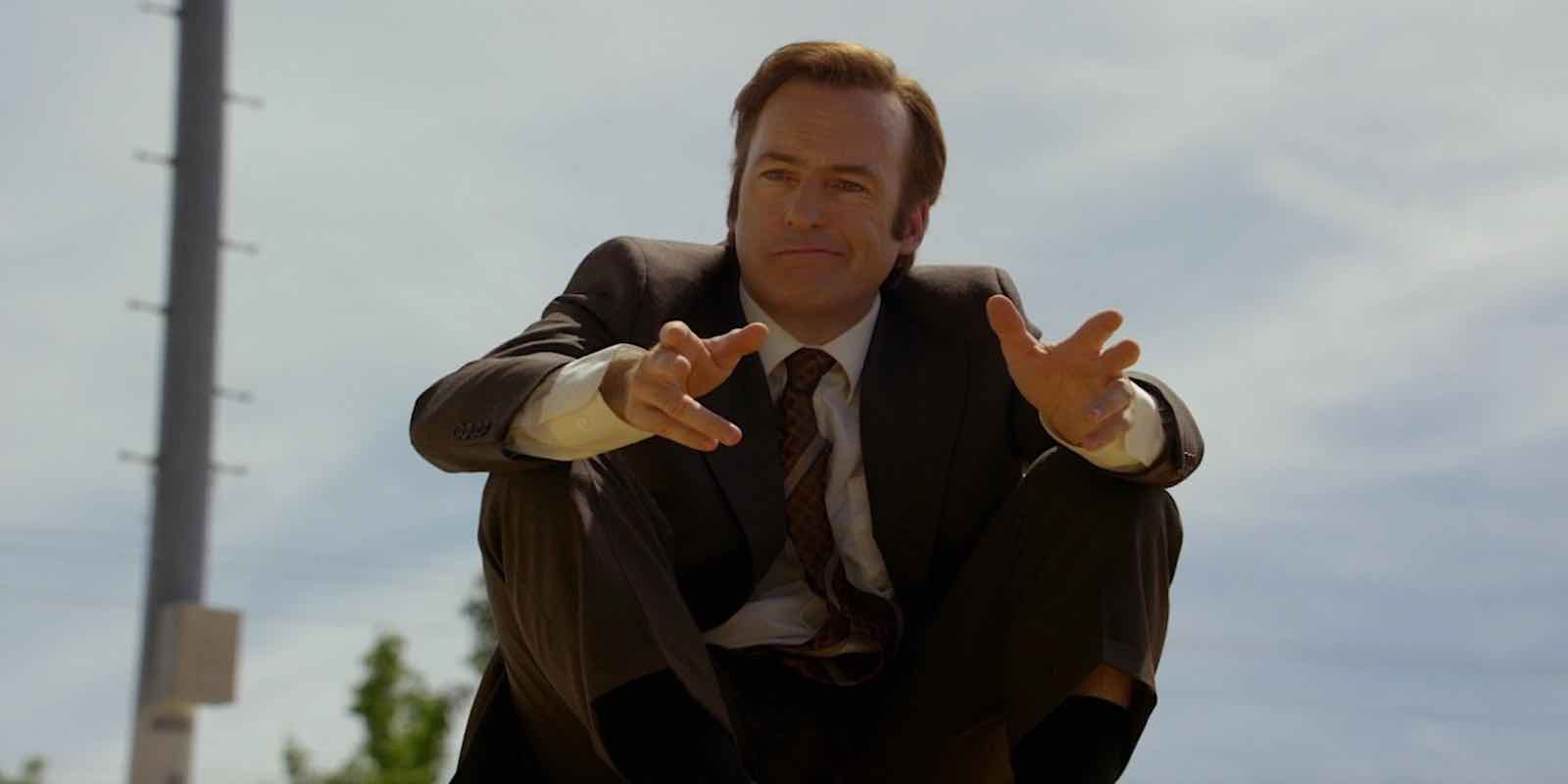 A worthwhile addition to the list if just for how immediately and capably this first episode managed to appease the concerns of Breaking Bad fans who cringed at the idea of a spinoff show dedicated to Walt and Jesse’s corrupt lawyer.

It’s a masterful pilot episode – possibly one of the best ever made. Particularly as it so swiftly establishes the outcome of the show we’re about to watch (with Jimmy taking a new identity as a Cinnabon worker in Nebraska) before hurling us into the lawyer’s unique skill for defending the indefensible, his fraught relationship with Chuck, and his awareness of pulling a great con. 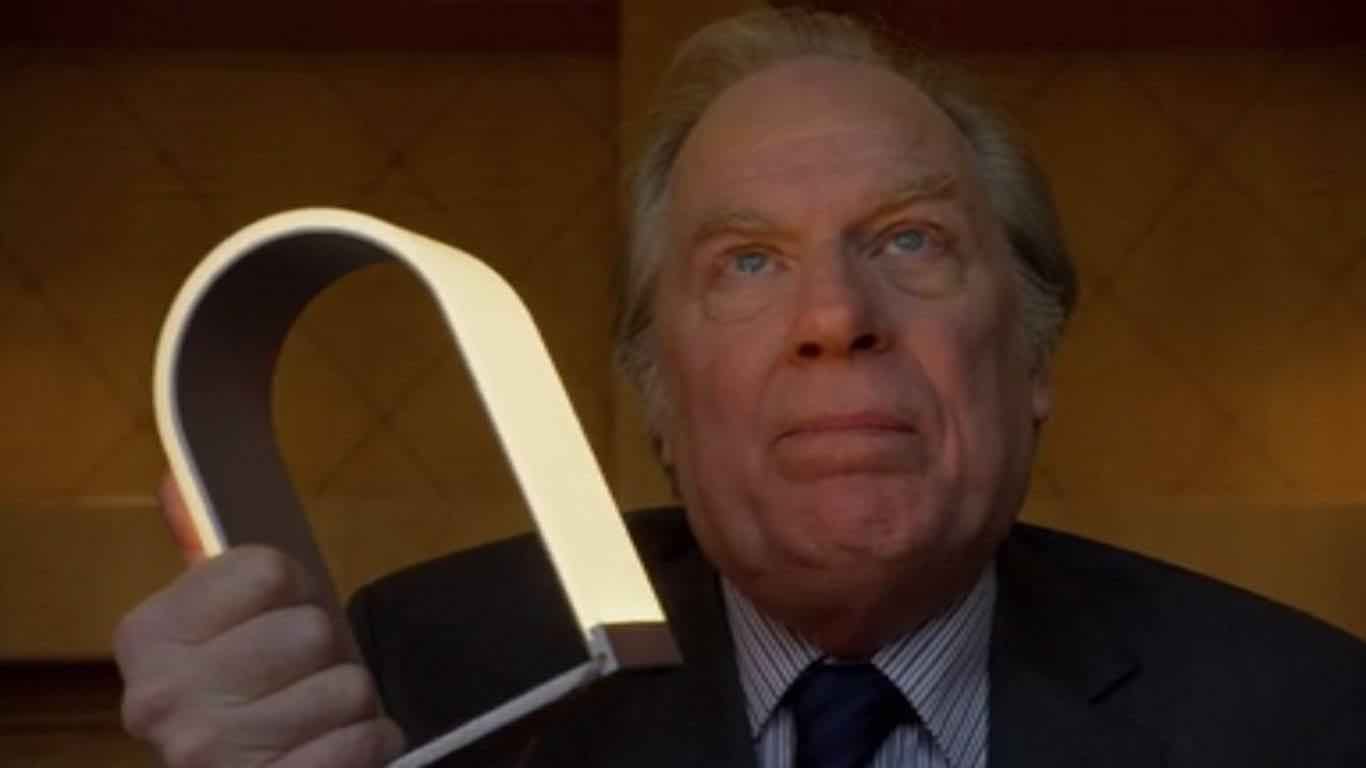 We can’t be the only ones who stifled more than a few tears of dread at the sight of Jimmy willingly isolating poor old Irene Landry from her retirement community in a bid to get his hands on some hefty loose change. Watching him deliberately rig the bingo of the assisted-living home just so Irene can win and her former friends can heap more hate onto her is one of the most excruciating TV moments we’ve seen in a long time.

Seeing Irene yell “ladies!” at her power-walking squad as they conspicuously make an effort to get away from her is almost too heartbreaking a moment for us to bare. But it also demonstrates Jimmy’s dark and untrustworthy side – he’s not always worth rooting for. 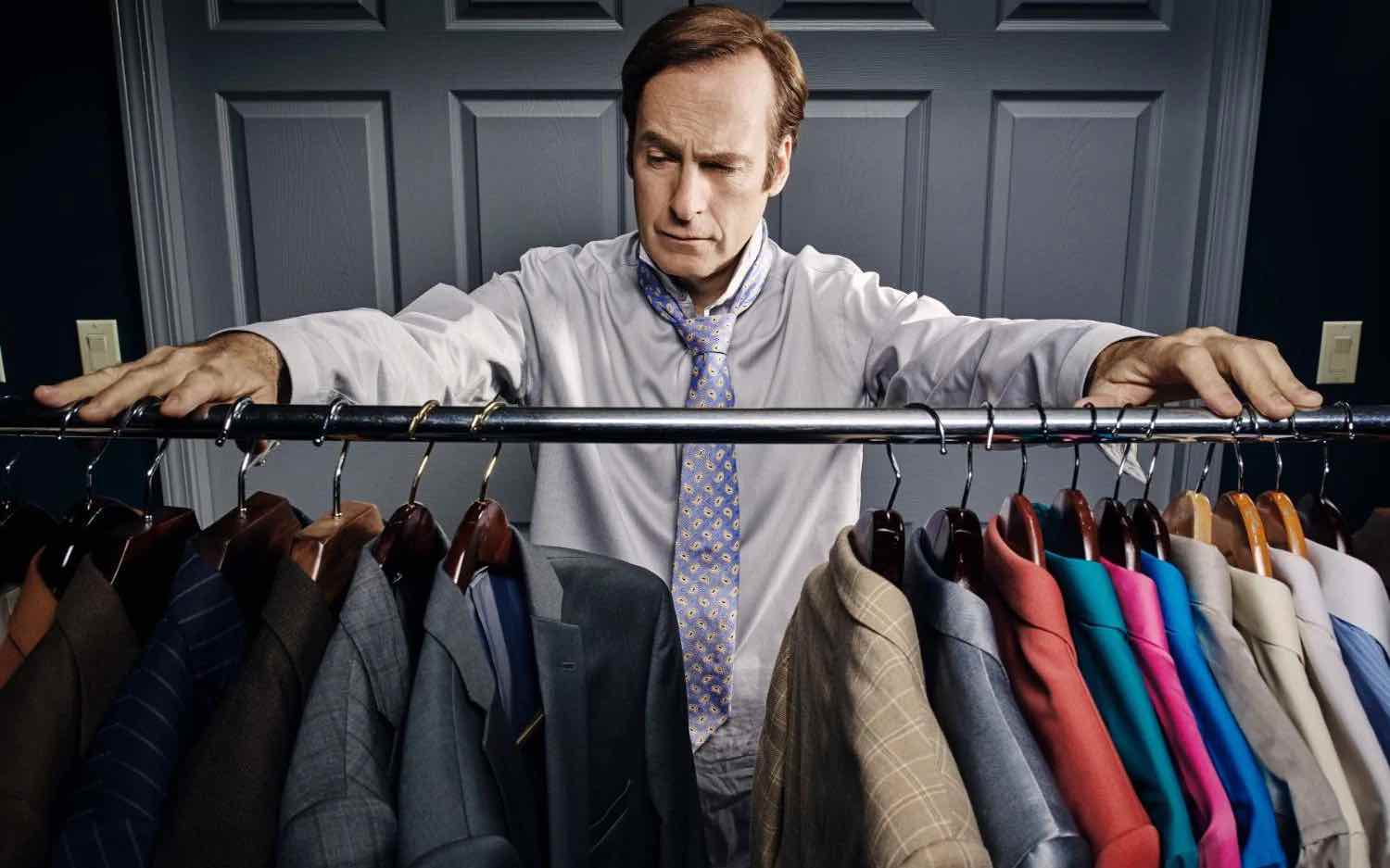 There’s a lot going on in the penultimate episode of S2 which brims with tension and outspoken moments of rage and dismay. Notably, Jimmy attempts to gaslight his brother by bribing a copy shop worker to not give away any details regarding some nefarious copy work. A plan that ends with Chuck in hospital – an event that forces Jimmy to expose his plan when he steps out of the shadows to help him.

But it’s an episode full of victories celebrated too soon: Mike discovers his heist resulted in the murder of a delivery guy and Chuck thinks he’s finally succeeded over Kim and Jimmy, only for a horrifying and amateur discrepancy to be found in his work. 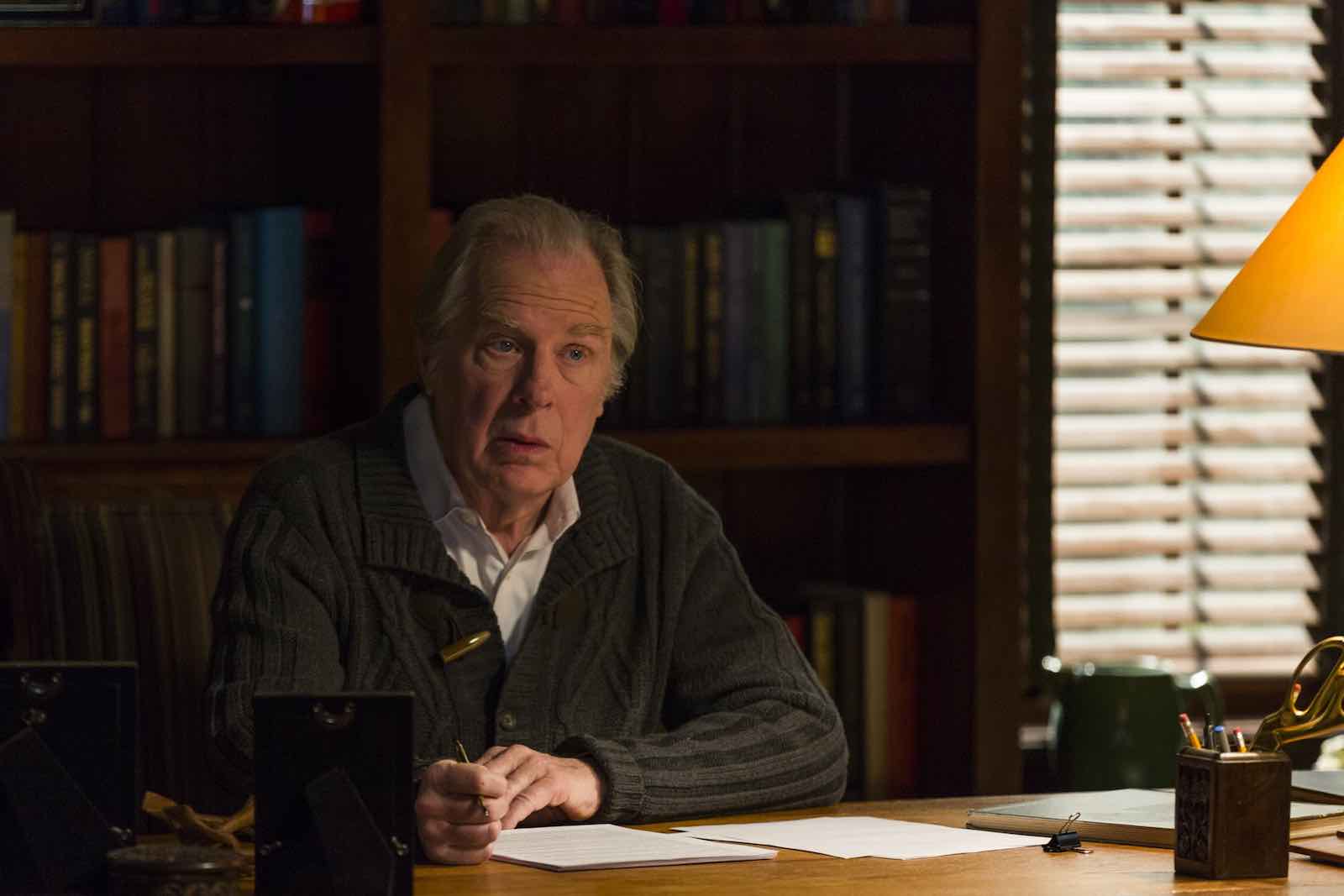 Easily the darkest episode of the entire series so far, “Lantern” is punishingly plotted and packed full of tragedy, pathos, and some unexpected character development. We see Kim finally slowing down and renting out a bazillion DVD’s for the 2003 equivalent of Netflix ‘n’ Chill, Jimmy finally does the right thing and chooses to give up the lucrative millions he was happy to ruin sweet old Irene’s life for, and Nacho riskily makes an assassination attempt on Hector in a bid to save his father.

But the most devastating plot turn comes courtesy of Chuck, who chooses to take his own life by tipping over a lantern in his home – significantly the same one that would grant the light for Chuck to read stories to his young brother when they were children. It’s devastating. 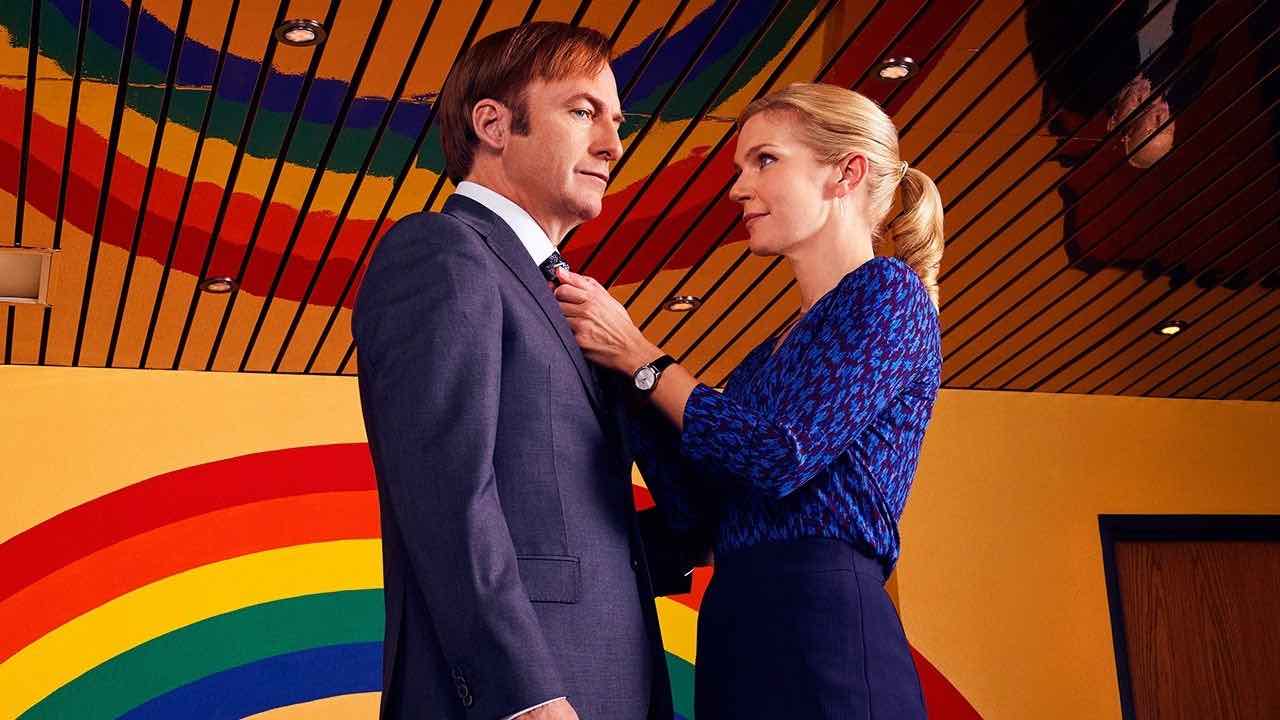 Probably one of the tensest and smartest episodes of television in recent memory, “Chicanery” sees Jimmy taking on Chuck in the courtroom – and challenging the validity of his brother’s medical condition in the process. The episode is stupendously gripping by focusing around the continued cruelty of Chuck and Jimmy’s sibling rivalry. But (as all the best episodes of this show are wanton to do) the episode also highlights Jimmy’s duplicitous dimensions.

We root for him to win against his brother. But viewing Jimmy as some hero provides an unsettling edge when the character’s final and elaborate provocation is made unnervingly clear – he’s been conspiring against his brother for years and has entrapped him out of pure malice.