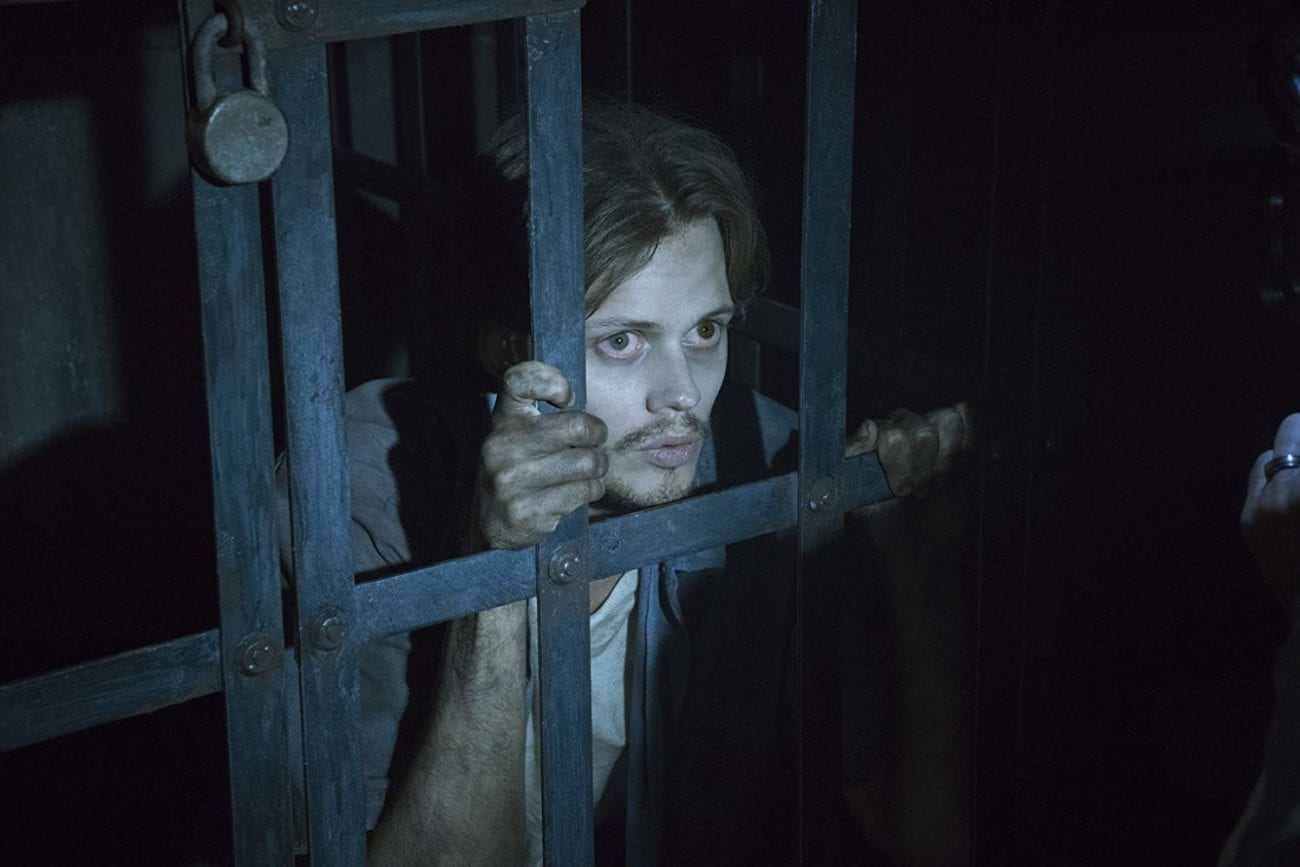 These days we expect a lot from our TV shows. While there is a slew of fantastic content out there, the way to take a show to the next level is by drawing our attention outside of the main frame to get audiences thinking beyond the confines of a story’s basic premise.

It all started with Lost – a proverbial mystery box for viewers to open and a show that arguably changed the TV landscape, leading to more recent offerings as Westworld and the relentless cryptic clue-solving of its dedicated fandom. We even see it in comedy shows like Atlanta with its surreal pop culture references, and, as predicated, this concept certainly rings true in Hulu’s mystery box horror anthology Castle Rock.

The reaction to the J.J. Abrams-produced series has been electric since viewers were given the opportunity to step into Stephen King’s complex and eerie multiverse.

Combining the mythological scale and intimate character storytelling of King’s best-loved literary works, the show weaves an epic saga of darkness and light. Played out on a few square miles of Maine, defense attorney Henry Weaver (Andre Holland) is beckoned back to his home town by an unexplained call for help involving Bill Skarsgård’s prisoner, who plays a pivotal role in Henry’s return.

It’s one of the most ambitious King adaptations to date, and it would appear the effort has paid off. The fan reaction has been very positive. One Twitter user wrote, “#CastleRock is everything,” before listing all the reasons why, while another in a blunt but succinct manner stated, “#CastleRock is F***IN WILD YALL !! The story telling is amazing and horror fans are going to LOVE IT.”

A fan named April Walloga even went as far as to claim “Castle Rock is the best thing on TV right now,” while Jason Pellegrini announced, “So I binged right through the first 3 available episodes of Castle Rock in one sitting. Really good stuff! I highly recommend you go check it out!”

#CastleRock is everything.
You got Francis Conroy.
You got André Holland.
You got Noel Fisher.
You got Bill Skarsgård.
You got Sissy Spacek.
You got Stephen King multiverse.
You got JJ Abrams at his finest.
Couldn’t ask for more.

#CastleRock pilot is FUCKIN WILD YALL !! The story telling is amazing and horror fans are going to LOVE IT. #SDCC #CastleRock

What is it about the show that has got us all hooked? Well, aside from stunning performances from Holland and Skarsgård, as well as the ever wonderful Sissy Spacek, the show is a nod and a wink to King’s work, combining the best of the writer’s Easter egg-laden novels and mystery box TV writing.

As pointed out by The Guardian, “what happens when the Master of the Mystery Box meets the King of the Easter egg? Castle Rock, that’s what.”

ICYMI, Castle Rock is the best thing on TV right now. You're welcome.

So I binged right through the first 3 available episodes of Castle Rock in one sitting. Really good stuff! I highly recommend you go check it out! Like I said, first 3 episodes are up!! pic.twitter.com/CjDFBRuNQU

Castle Rock is packed full of mysteries and references to King’s original works, with a horror story that unfurls in a shared world where all is not what it seems. Even in the first episodes we were left with many questions:

While these questions weren’t answered right away, their lingering presence begged for our attention in  scenes set with enough Easter eggs to keep viewers hunting for days. Some are obvious; some are so hidden, even the most diehard of King superfans might have missed them at the blink of an eye.

Spoiler alert! Some of you may have recognized the aira Lost alum Terry O’Quinn was listening to while he was driving off to his death. “It’s an aria that Andy Dufresne plays when he locks himself on the roof (in The Shawshank Redemption),” said co-creator Dustin Thomason.

You may have also noticed a certain The Shining reference, set to be explored in later episodes. “If you watched through (episode 3), the fact that Jane Levy’s character is named Jackie Torrance and exactly what that means and how that connects her to Jack Nicholson’s character (in The Shining) is something we’re going to explore over the course of the season, but that was again carefully constructed so as not to be obtrusive,” noted Thomason.

This idea of avoiding obstruction is where the true win for Castle Rock can be found. Ever since the premise of the show was announced, many (including us) speculated whether the idea of a commingled King storyline was going to be too heavy on the Easter egg front. However, the writing team have struck a balance with finesse and they’ve done so by tailoring the story to both teams of viewers.

As pointed out by IndieWire, “For those with an intimate knowledge of the King of Horror’s work, episodes might feel stocked with Easter eggs. But for those just looking for a spooky good time, the story rolls on uninterrupted.”

So it gives King fans what they want – all the nods and winks they could’ve hoped for in a multiverse show – and it also gives regular viewers a gripping supernatural horror show that’s enticing whether you get the references or not.

And how do they do this? By placing subtle references that don’t draw viewers away from the action as it unfurls. “We really didn’t want any of them to take you out of the story,” Thomason explained. “They can enhance or contextualize the story you’re watching, but they don’t feel like a big dash of hot sauce on top of your eggs.”

What’s resulted is a season one opener that respects the subject matter without turning itself into a one-hour tribute show. Castle Rock develops its own story while also adding just enough subtleties to please King fans and take viewers on an Easter egg hunt that doesn’t feel forced.

Per The Guardian, “What the partnership between Abrams and King has cooked up here is quite remarkable: an eminently bingeable premium TV show that just happens to make me shiver with glee at the thought of my favourite characters popping up as the show goes on.”