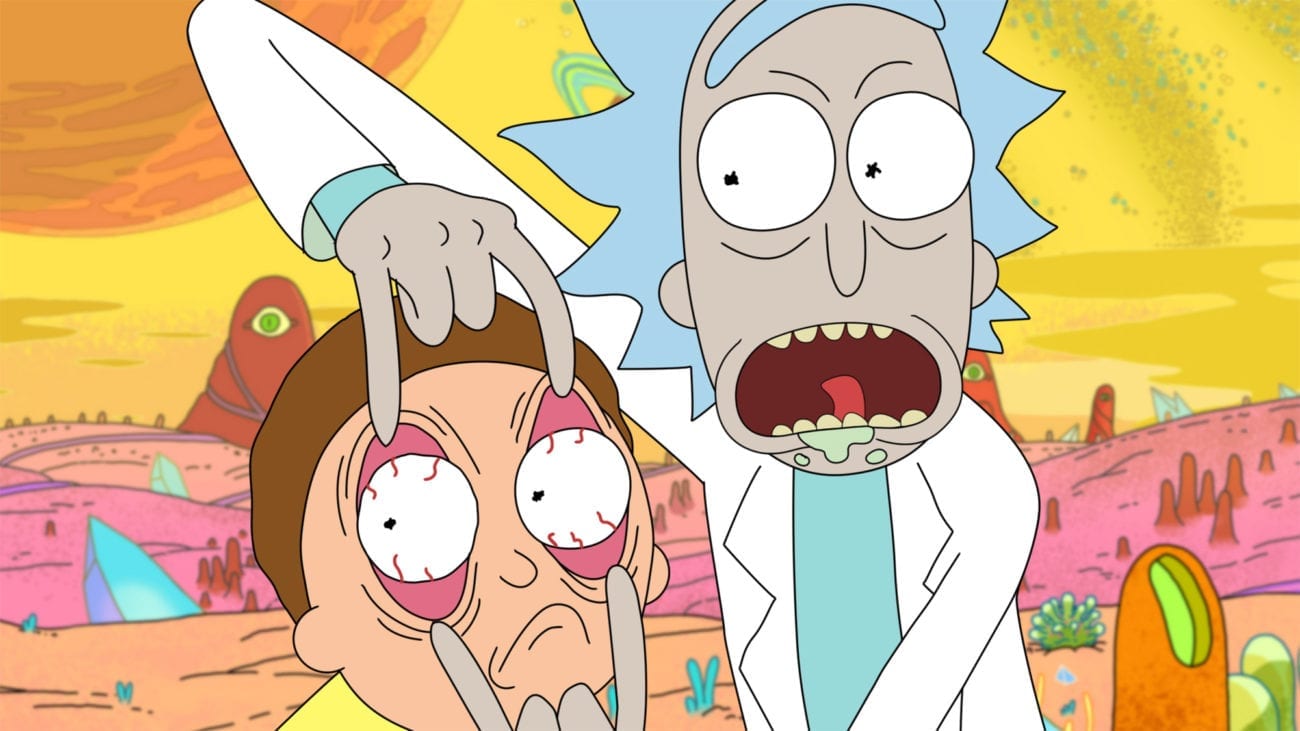 Because we live in a golden age of television and a disturbing age of privacy invasion, SVOD services now know all of our viewing habits and probably also all of our darkest secrets because of it. You can tell a lot about somebody based on what they watch and how they watch it, and when you take a look at the data statistics pulled together by SVOD services like Amazon Prime, Netflix, and Hulu, it paints an odd but fascinating portrait of humanity.

In the past year, there have been some startling revelations concerning the manner with which viewers enjoy their fave shows and movies, as well as what content they appear to be favoring. Here are 13 crazy data stats from the big three SVOD services that we found out this year.

The most popular day for global Netflix bingewatching was the January 1, 2017

Meanwhile, in the US the most popular day for a major Netflix ‘n’ Chill sesh was January 2, 2017. Presumably because most US citizens were still too busy partying it up on New Year’s Day to deal with a bingewatch of Stranger Things.

Subscribers watched an average of 60 movies on Netflix in 2017

Which balances out to at least one movie per week – probably for a sloppy date night on the couch.

In 2017, an American set the record for the highest global rewatch by streaming Pirates of the Caribbean: The Curse of the Black Pearl 365 times. We can only hope that person runs some sort of a pirate themed bar or party business and simply had it playing in the background.

A little while after the trashy Netflix Originals movie premiered, the streaming giant took to Twitter to joke, “To the 53 people who’ve watched A Christmas Prince every day for the past 18 days: Who hurt you?” We don’t doubt that data and frankly admire these crazy bingewatching heroes. Live your truth, ladies and gentlemen!

This is cool and all, but come on – who hasn’t devoured an entire season of something in roughly one day?

The devices people watch Netflix on vary around the world

According to Netflix data, people are more likely to watch Netflix on phones in India, South Korea, and Japan, while television sets are more popular with Australian, South American, and US customers. People in Africa, the Middle East, and Southeast Asia prefer tablets, while Eastern Europe prefers to use the SVOD service on their desktop and laptop computers.

Inexplicably, The Grand Tour is one of Amazon Prime’s most popular shows

The British driving show about three cocky old white dudes with jeans hiked up to their armpits has racked up more than 1.5 million streams by Prime members globally (and counting).

Yet Good Girls Revolt flopped in a major way

People were desperate for comedy on Hulu in 2017

2017 was a difficult year for everyone in the US for reasons that we don’t have to rehash, and according to Hulu’s data, that was evident in the viewing stats. Americans watched 36% more comedy movies than they did in 2016, but the increase in chuckles wasn’t limited to movies. TV shows like It’s Always Sunny in Philadelphia, The Goldbergs, Brooklyn Nine-Nine, and Parks and Recreation also enjoyed a notable increase in streams compared to 2016, with Black-ish leading the pack with a staggering 104% increase in streams.

When it comes to Hulu, gender is over

Apparently, men and women share similar viewing patterns on Hulu (upswing starting at 6-7pm EST and peaking at 9pm EST) and they also share device preference (favoring living room streaming devices, followed by computers, tablets, and phones). It’s almost as though gender is irrelevant and men and women have more in common than people might care to admit!

In its viewing statistics report, Hulu asked: “Is there a more irresistible pairing than Ferrell and Wahlberg? The data says ‘no, there is not.’” Daddy’s Home was watched more than 12 million times in 2017, which makes us want to sit down and re-evaluate humanity a little.

The iconic medical drama landed on January 14 and marked the first time the George Clooney and Julianna Margulies starring show had been made available on any streaming platform. Naturally, this meant the show debuted as one of the top five most viewed programs on Hulu. Within its first week of launch, nearly half of the viewers who binged the entirety of the 10-episode third season did so in 24 hours.

Hulu data reveals that 40% of Rick and Morty viewers also love to get devastated while watching This is Us and feel utmost misery while watching The Handmaid’s Tale. That reveal isn’t too surprising when you consider how dramatic, deep, and genuinely emotional Rick and Morty can be with its storytelling and how every now and then it can unexpectedly make you blubber.