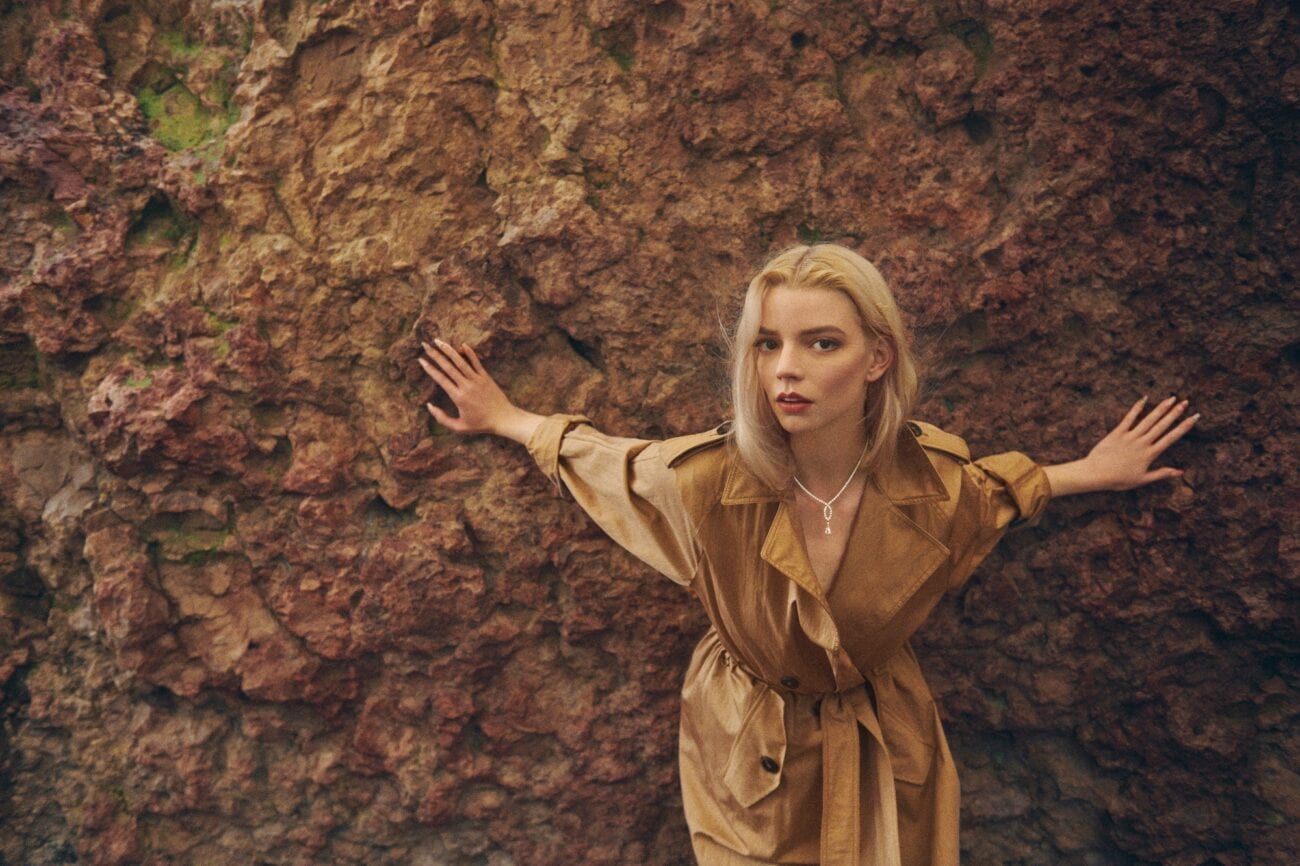 Are you a big fan of actress Anya Taylor-Joy? You’re certainly not alone, as we are too. The twenty-five-year-old talent is truly on the come-up, and recently, the trailer for her upcoming film Last Night in Soho directed by auteur Edgar Wright just dropped, and we are more than excited to watch her in the horror flick. If you want to prepare for the movie with us, let’s check out other movies and TV shows Anya Taylor-Joy was in here. 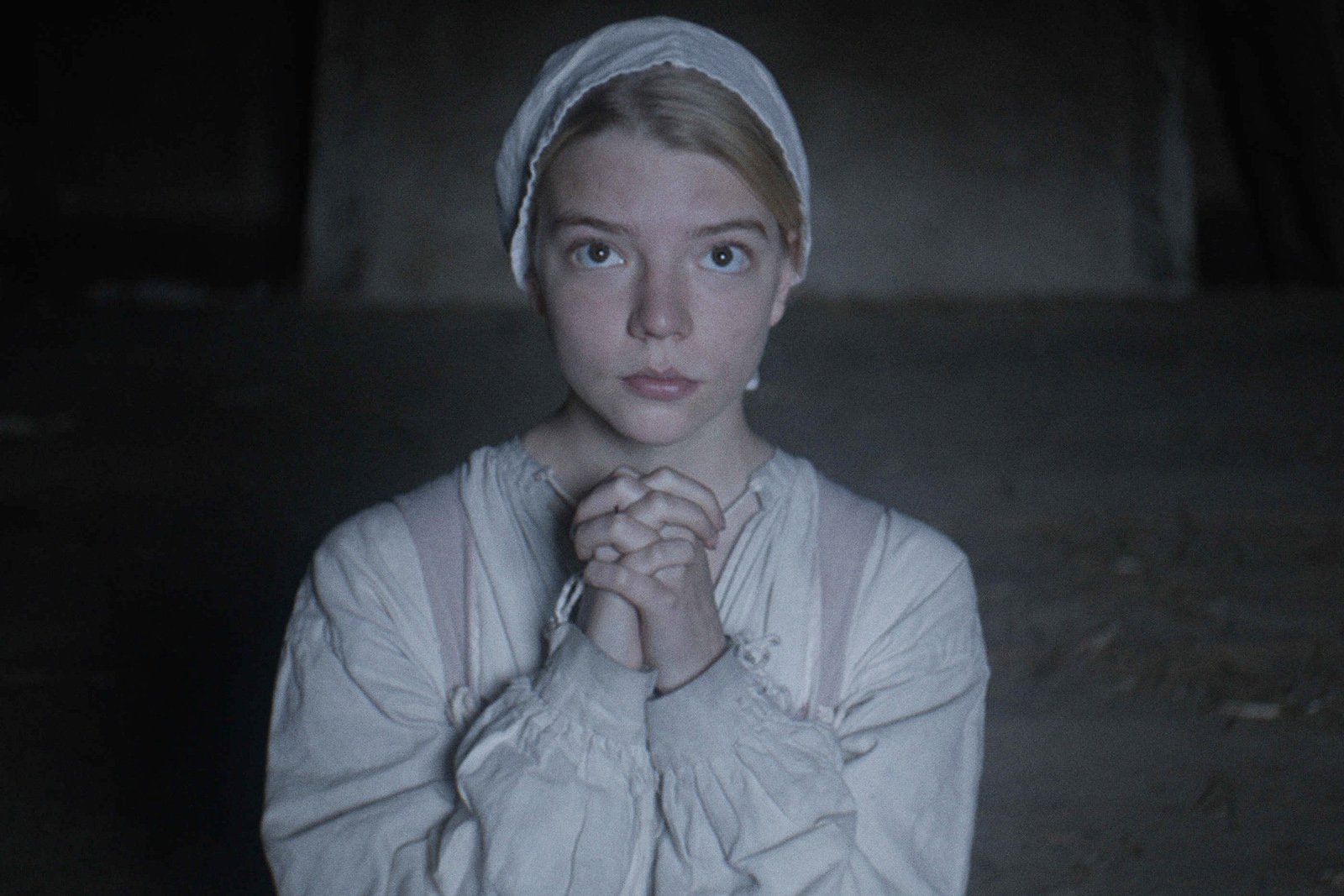 Up first on our list of great movies and TV shows Anya Taylor-Joy has been in throughout her acting career, we have the indie film that really put her in the spotlight in Hollywood. The Witch was produced by the well-loved A24 film production company and if you haven’t yet seen it, this movie is sure to show you that Anya Taylor-Joy is definitely no stranger to the horror film genre.

Directed by Robert Eggers (The Lighthouse), this movie is set in 1630 New England, and when we tell you the tone is dark, horrifying, and tense throughout, just trust us on this one. The Witch centers on a family living in a rural area, and one day, their youngest son vanishes. The blame is placed on Thomasin, the oldest daughter played by Anya Taylor-Joy.

Eventually, the twin siblings Mercy & Jonas suspect Thomasin of witchcraft, and things start to get incredibly weird and twisted. The Witch is a whole other level of the horror genre, so if you’re ready to have nightmares tonight, be sure to put this film on for a horrifyingly satisfying time. 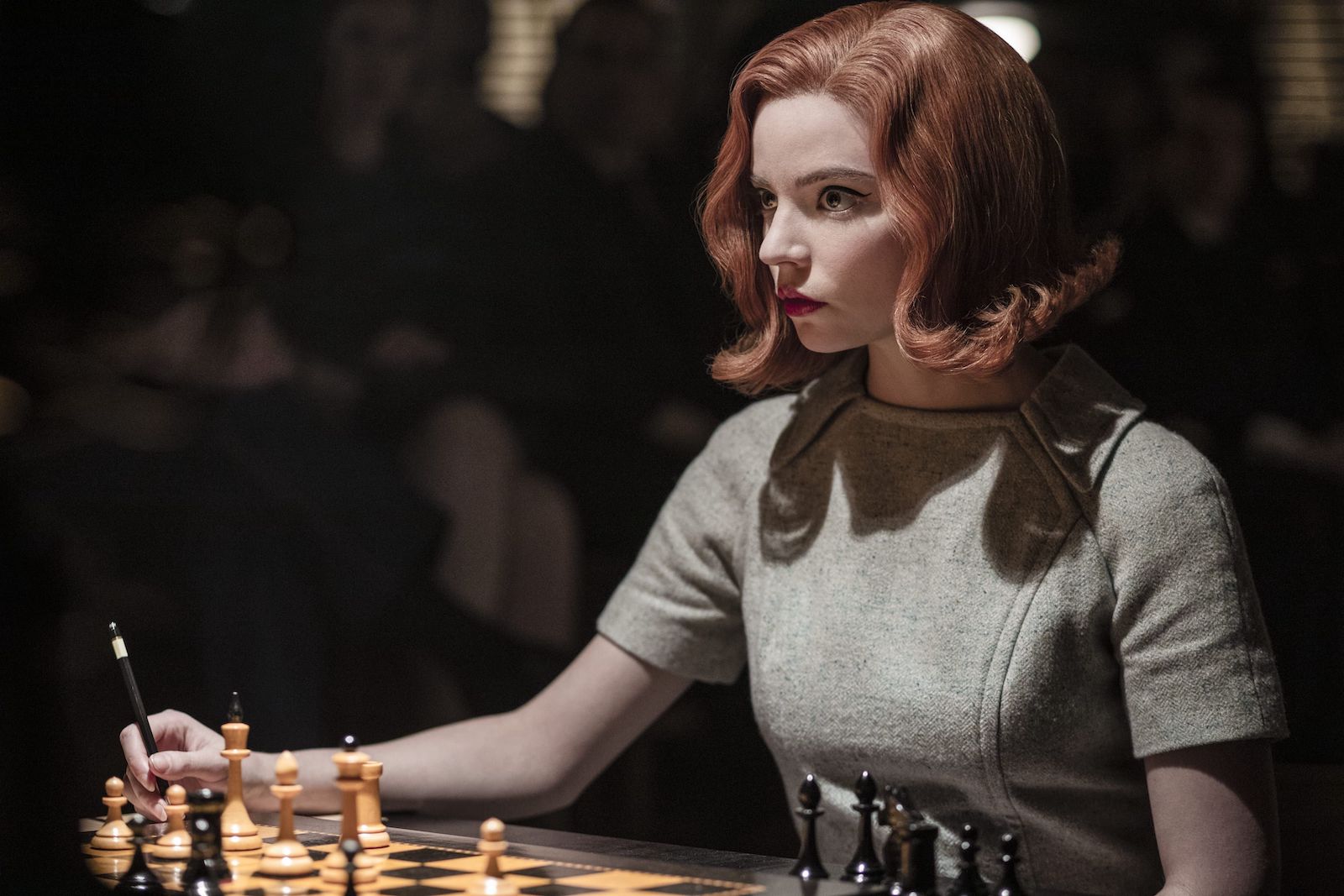 For most folks, The Queen’s Gambit is probably what you know this actress for. Compared to all the rest of the TV shows and movies she’s done, this was definitely the most successful project Anya Taylor-Joy has played a starring role in. If you haven’t seen it yet, then we’ll just assume you’re living under a rock as this show on Netflix was quite literally what got most people through quarantine last year.

We definitely recommend streaming this TV show, as it is truly entertaining. The Queen’s Gambit centers on a chess prodigy named Beth Harmon during the Cold War era, and is on a difficult and tumultuous journey to become the world’s greatest chess player. The series even won two Golden Globes, one for Best Limited Series and the other for Best Actress. 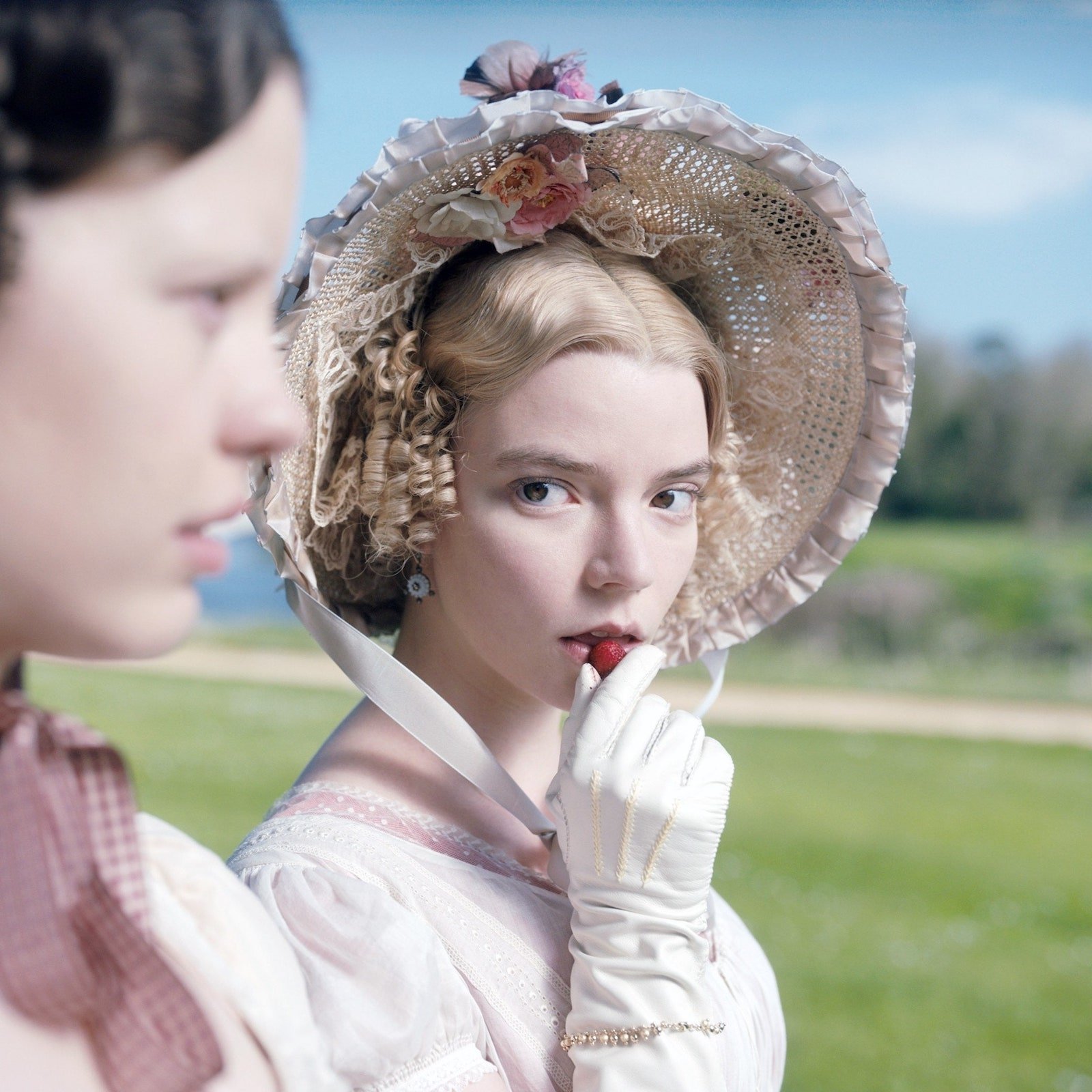 If you’re looking to watch Anya Taylor-Joy in one of her TV shows and movies that has a much lighter tone, there’s not too many, but Emma is certainly one of them. This film is based on Jane Austen’s 1815 novel from under the same name, and Anya Taylor-Joy plays the leading role of Miss Emma Woodhouse, a very rich and elegant young girl who lives with her dad in Regency-era England.

If you’re looking for a flick to escape to, and one that’s for the most part lighthearted, witty, and just a plain ol’ good time, then this movie is definitely for you. It’s currently available to enjoy on HBO Max. 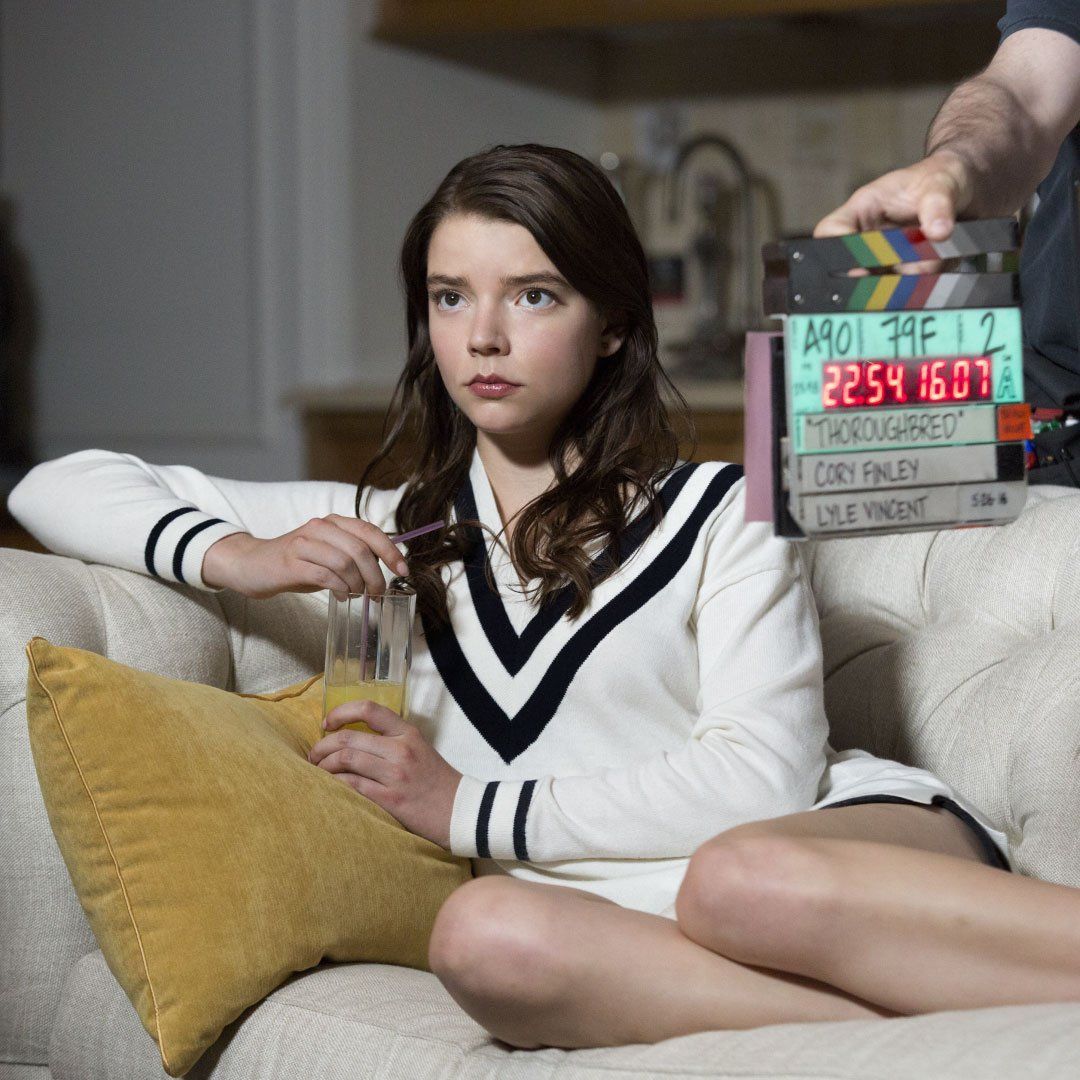 This may be one of the lesser-known films starring Anya Taylor-Joy, but it certainly is an indie gem. In this movie, the actress plays alongside other notable talents such as Olivia Cooke and the late Anton Yelchin. It’s a dark comedy that truly has it all. From tons of laughs, blood, and drama, Thoroughbreds is truly entertaining.

So what’s the film about? The movie centers on Lily and Amanda, two childhood friends who reunite years later as teenagers that are far different from one another. While at first, the two seem like they have nothing in common, the duo eventually bonds over their problems and begin to construct a plan that will solve their issues.

We don’t want to give anything away, but let’s just say their plan involves something pretty sinister, and with tons of blood. Yes, it gets dark. However, the film still maintains a light tone, so if you love dark humor, we definitely recommend you stream this one. Enjoy! 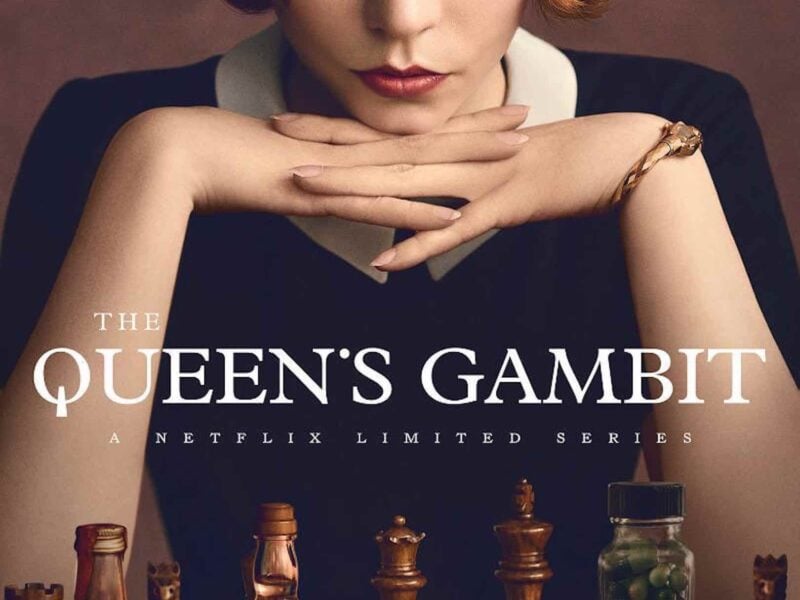 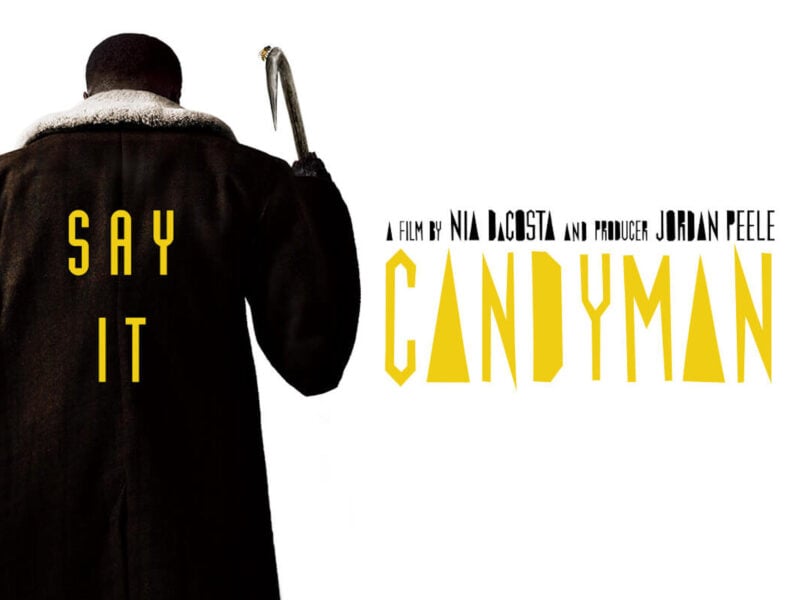 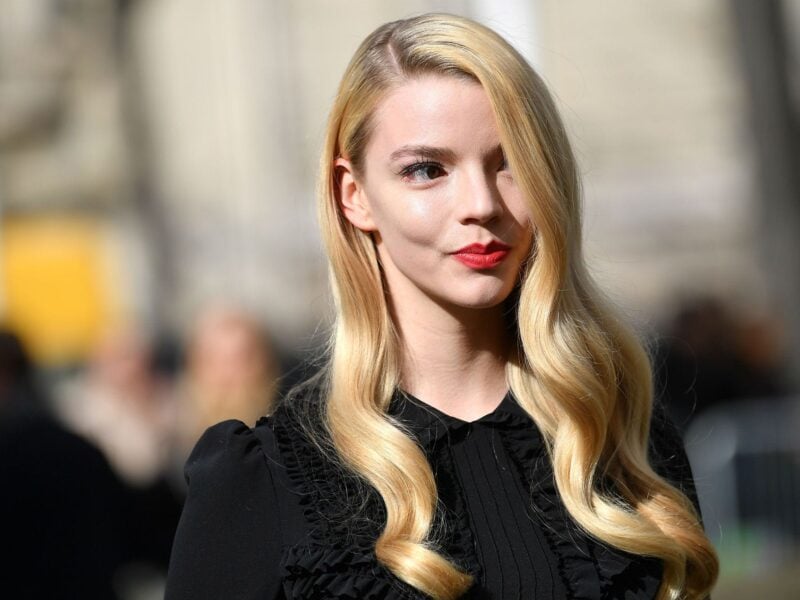