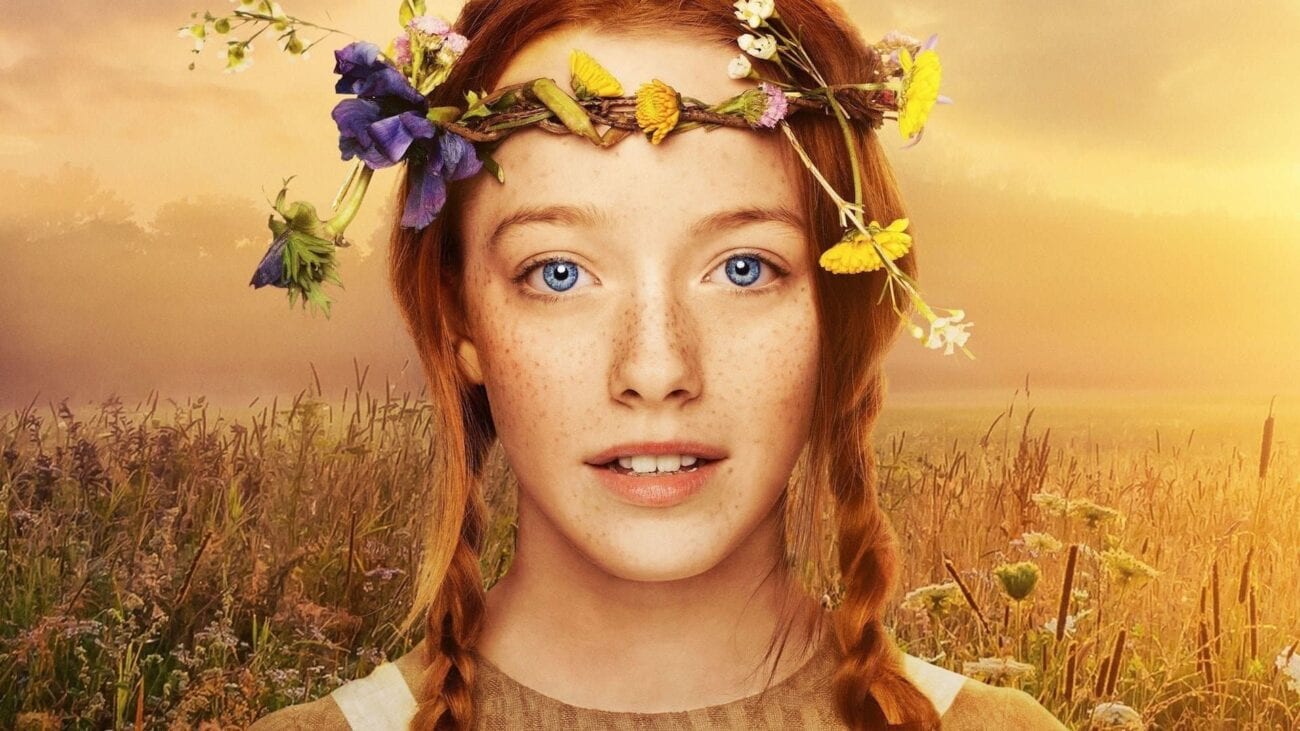 ‘Anne with an E’ season 3: Why Anne and Gilbert are endgame

Ah, young love. What better medicine to soothe an anxiety ridden soul than the story of two people falling in love? All the better when the road to romance is a long and roundabout one.  Anne with an E is one of the most underappreciated period dramas of our time

True, Anne’s character can be a little over dramatic at times, but her story is a heartening and inspiring one. Anne with an E season 3 manages to pack a lot of punch when it comes to the range of social justice topics it touches, and it does this all while spinning the threads of multiple romances.

Of all the romances carefully cultivated in season 3 of Anne with an E, Anne and Gilbert’s goes unrivaled. Theirs is one that’s a long time coming, and we fans are living for it. 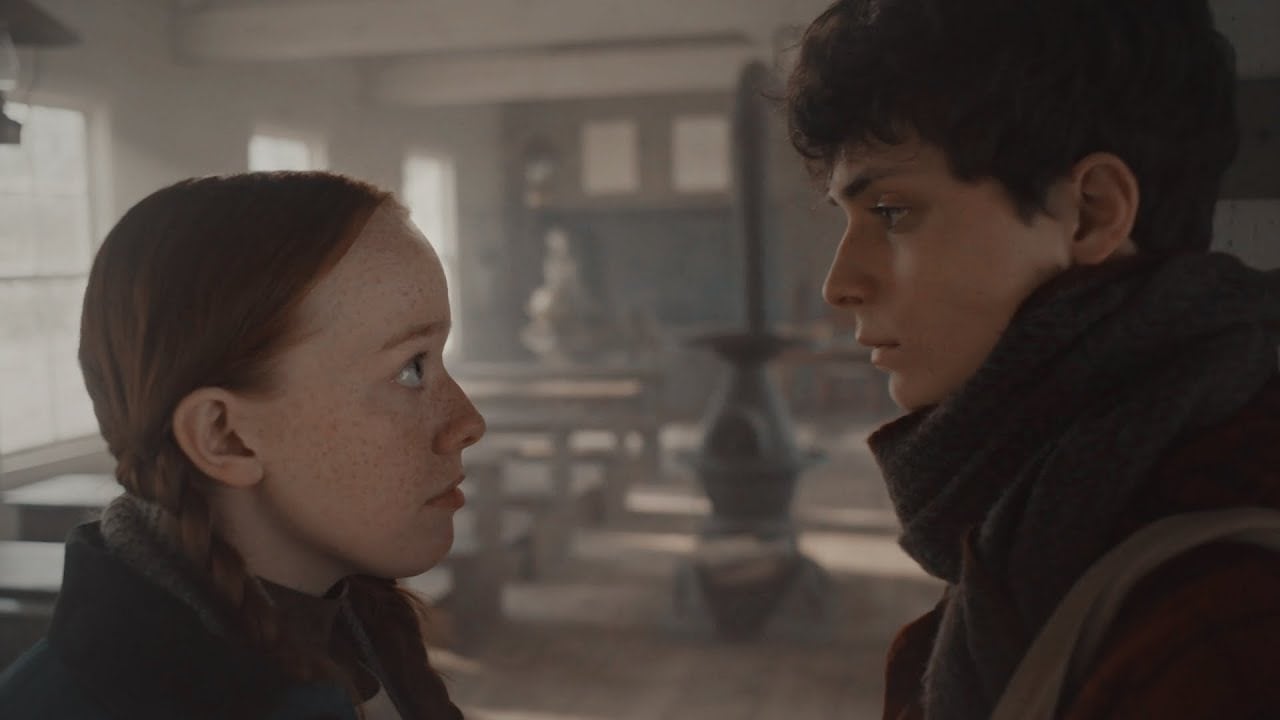 Neither Anne nor Gilbert experienced love at first sight. In fact, you could say they had a pretty rough beginning to their relationship. But aren’t the romances that start out as bickering friendships the best ones? The tension makes you laugh with glee at the thought of them finally ending up together.

When Anne accidentally spreads rumors about her new school mate Prissy and some potentially promiscuous activities, Prissy’s brother confronts Anne on the way to school the next day. Although Gilbert swoops in to diffuse the situation, Anne seems to take his intervention as unwanted assistance. What could have been a chivalrous event becomes more of an undermining annoyance?

The fiercely independent Anne Shirley forms an ambivalent opinion of Gilbert Blythe and Gilbert is baffled by her brusqueness. This doesn’t exactly sound like the start of a beautiful romance, and honestly it takes a while for them to even become friends. Once they do, the potential romantic tension is palpable though, even while they’re both still preteens. 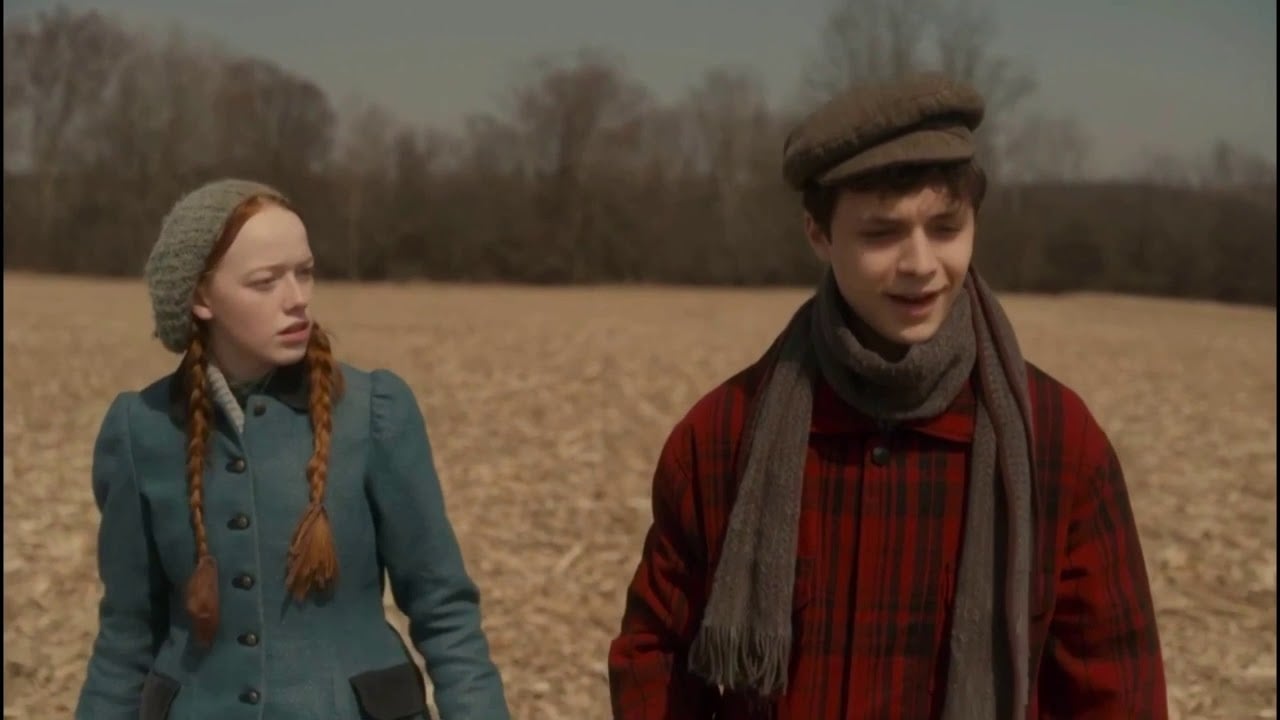 Anne and Gilbert have a good amount of tiffs over the course of their friendship. The word “strained” would definitely be a good descriptor for it. Anne and Gilbert exchange kind gestures throughout. They’re both good people at heart, so this comes naturally to them and makes it impossible for them not to be friends to some degree. The only problem is that they’re a little prone to squabbles as two headstrong people.

If they’re not battling over who’s more likely to be a spelling bee champ, they’re having misunderstandings over each other’s actions. For a long time, it seems like Anne and Gilbert will just miss each other; it seems like they’ll never recognize how alike they are in mind and soul! 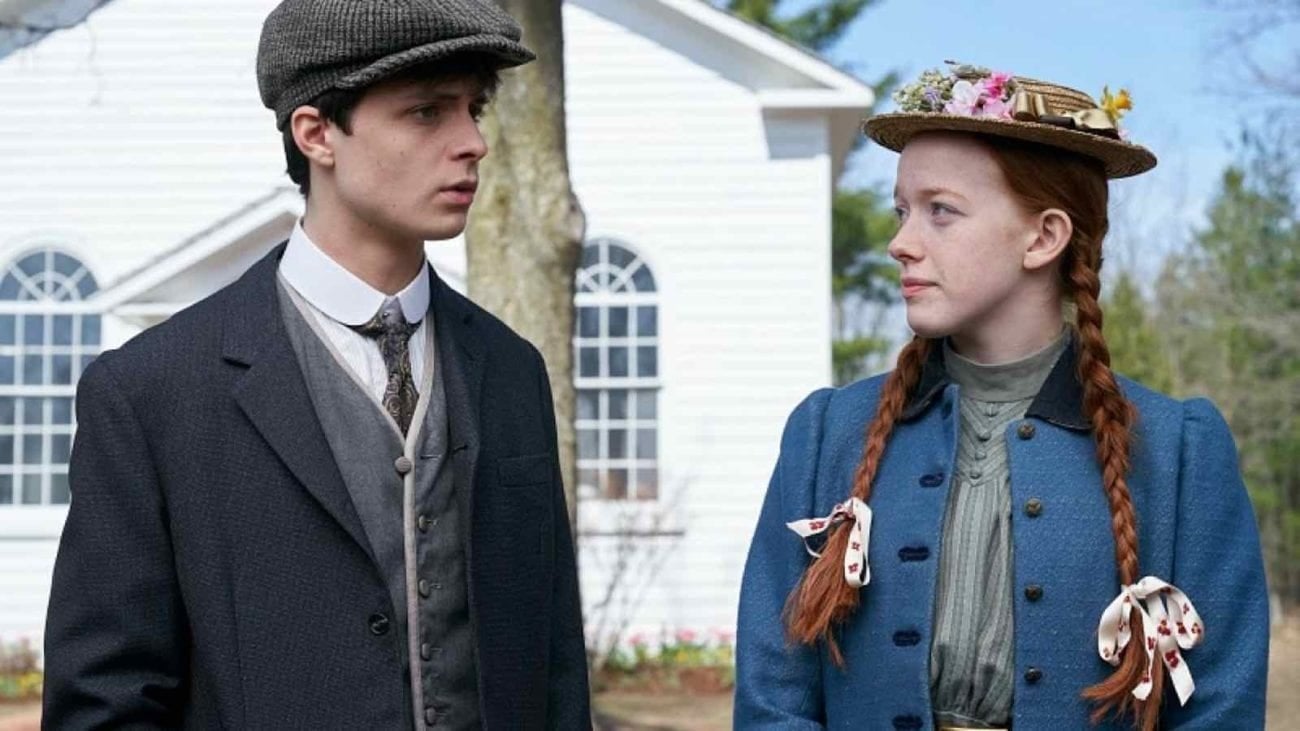 Alas, on TV, everyone who’s supposed to get together eventually does (at least if the screenwriters aren’t evil, that is), so Anne and Gilbert do eventually start to realize how much they admire each other. Admiration turns to attraction and before they know it they’re both trying to avoid the fact that they totally are falling for each other.

Considering the fact they both value progressive morals and are driven as hell, it’s no surprise their compatibility is unavoidable! 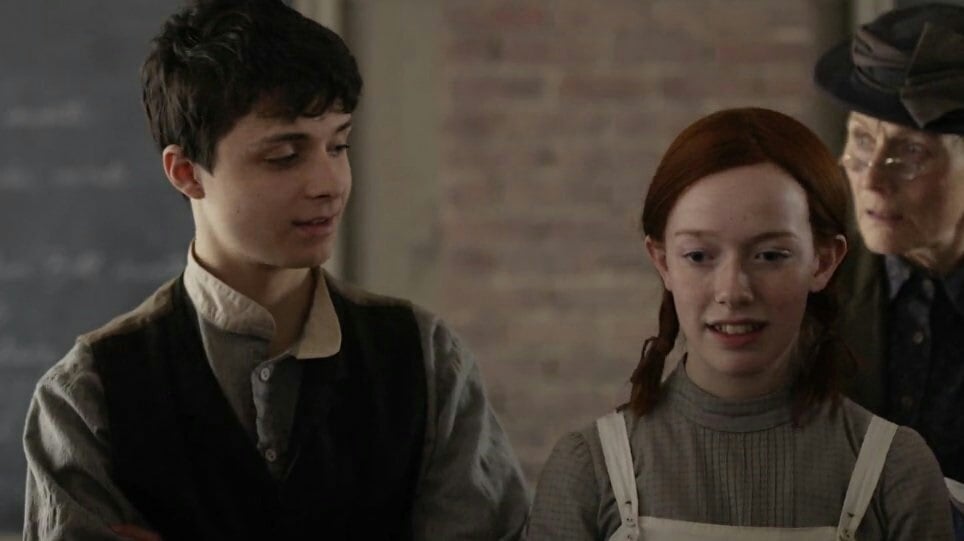 A Shirbert moment that made us hold our breaths

In season three, Anne and Gilbert are finally at that age where courting doesn’t seem so out of the picture. Even though Anne tells herself repeatedly that she would be perfectly content to live a single life and busy herself with adventures, as schoolmates start to pair up, doubt begins to nibble at her. Even if she won’t quite admit it to herself.

One of the best scenes in season three is the part where their teacher has them practice dancing during class in preparation for the county fair. As Anne and Gilbert swirl and pivot around each other, it’s clear they both are feeling a spark. The smoldering look Gilbert gives Anne is fit to make a grown woman blush. At this point, neither of them can hold back questions of ‘what if’ any longer.

Soon after this catalyst event, Gilbert is wrestling with his feelings. He decides to ask his good friend Bash how he’s supposed to know who he’s meant to end up with romantically. Gilbert shyly says to Bash, “If I . . . if I feel something . . . for a girl . . . does that mean that she is the one that I should marry?” 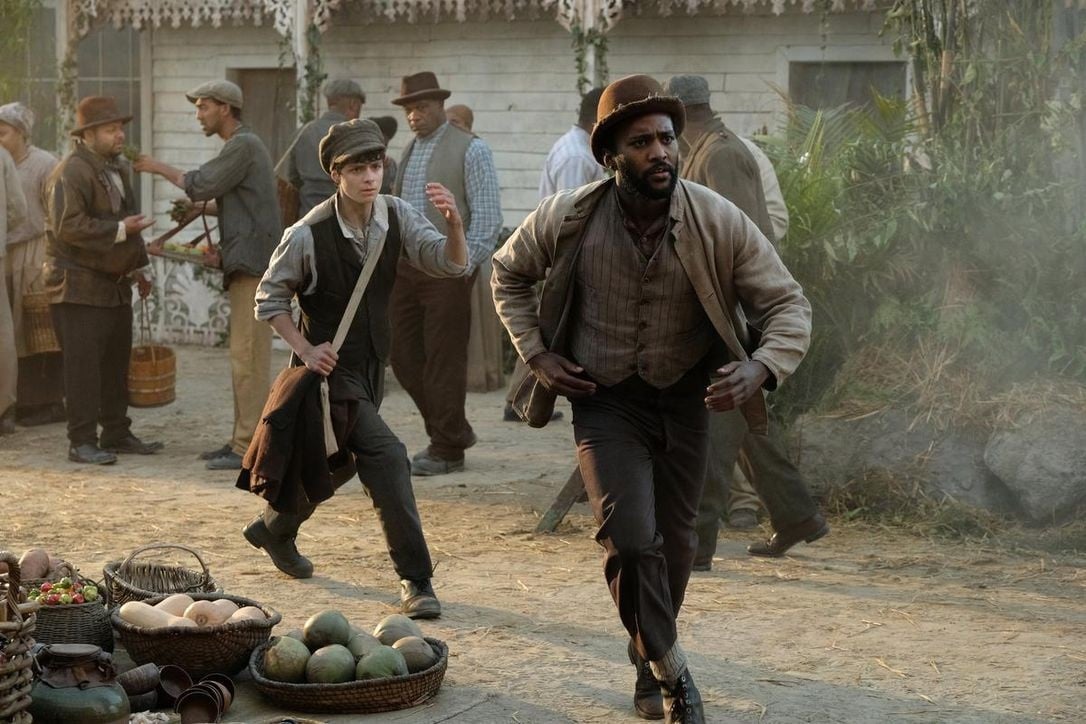 If at this point you were yelling at your screen, “Yes, babe! You and Anne are endgame! She’s the one!” then you weren’t the only one.

Bash, being a bigger person than we are, gives a mature answer while he stifles a chuckle. “Uh, not necessarily. Attraction, yes, it’s important. But love, that’s what truly matters. And love is bigger than those. . . ‘feelings’ you’re talking about. Does that make sense?”

Gilbert’s puzzled, but accepting reaction to Bash’s sage advice is adorable to behold. Knowing that he should figure out his feelings for Anne are more than just attraction make this scene all the more squeal-worthy. 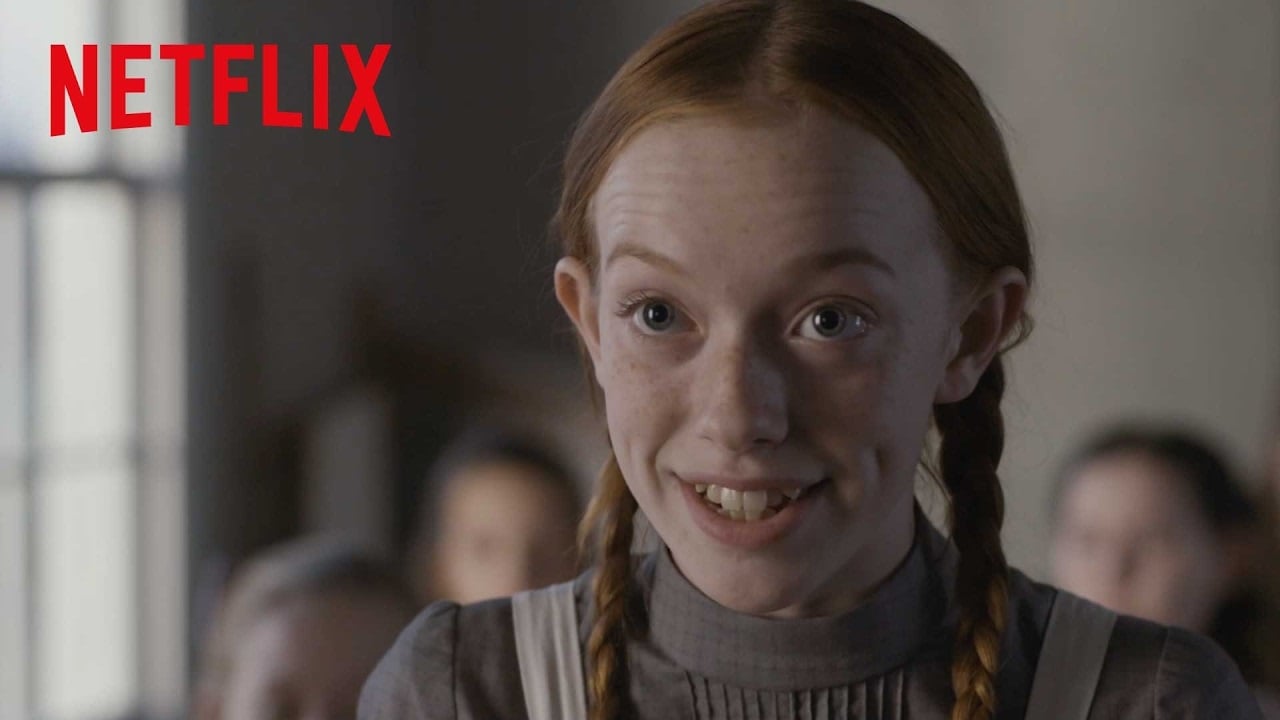 Where to find Anne with an E

Shirbert’s romance is somewhat cut short with the cancellation of the show so we’re still shedding tears over this. But that doesn’t mean you shouldn’t still swoon over one of the best TV romances ever anyway.  If you haven’t witnessed their connection, you definitely should.

Anne with an E is available on both Netflix and Amazon Prime. If you don’t mind weathering the uncertainty of reviving a cancelled show, it’s definitely worth diving into.

If you’re still fighting for Anne with an E, sign up for our newsletter. We promise to only send you the most relevant content to your inbox.