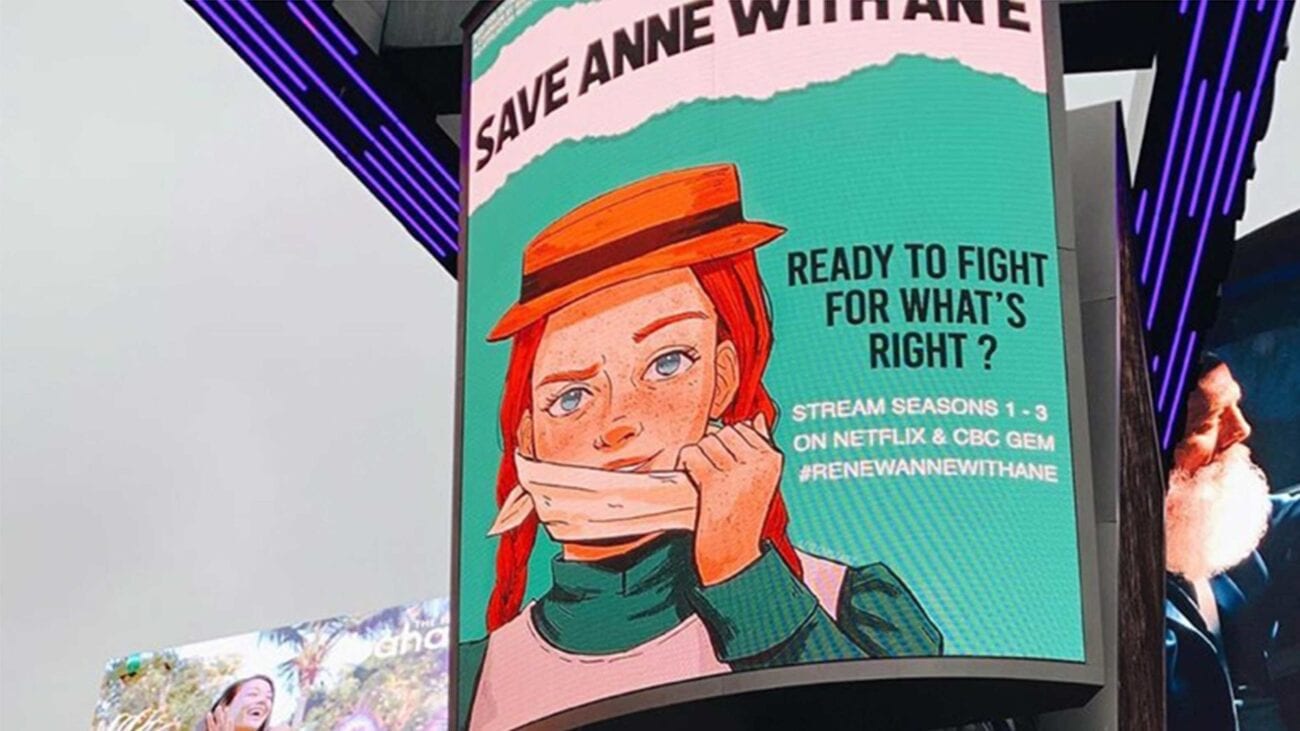 When you love something you’ll fight for it. Anne with an E has taught us that love, creativity, and imagination are powerful forces that the world today needs to nurture. Some might say Anne with an E is just a TV show but those who love it know it’s much more, it’s a connection, shared by many, that gives us joy.

When the announcement that Anne with an E wouldn’t return for a fourth season, the fans of the series put their collective foot down with an almighty crash in the form of over thirteen million protest tweets aimed at Netflix and CBC.

Many have raised their voice to express what Anne with an E means not just to them personally but to society as the show brings to light issues such as indigenous rights, feminism, racism, and gender bias with deftly written dialogue and captivating acting. To add to the fight in saving a meaningful story, here are some of the best tweets to save Anne with an E. 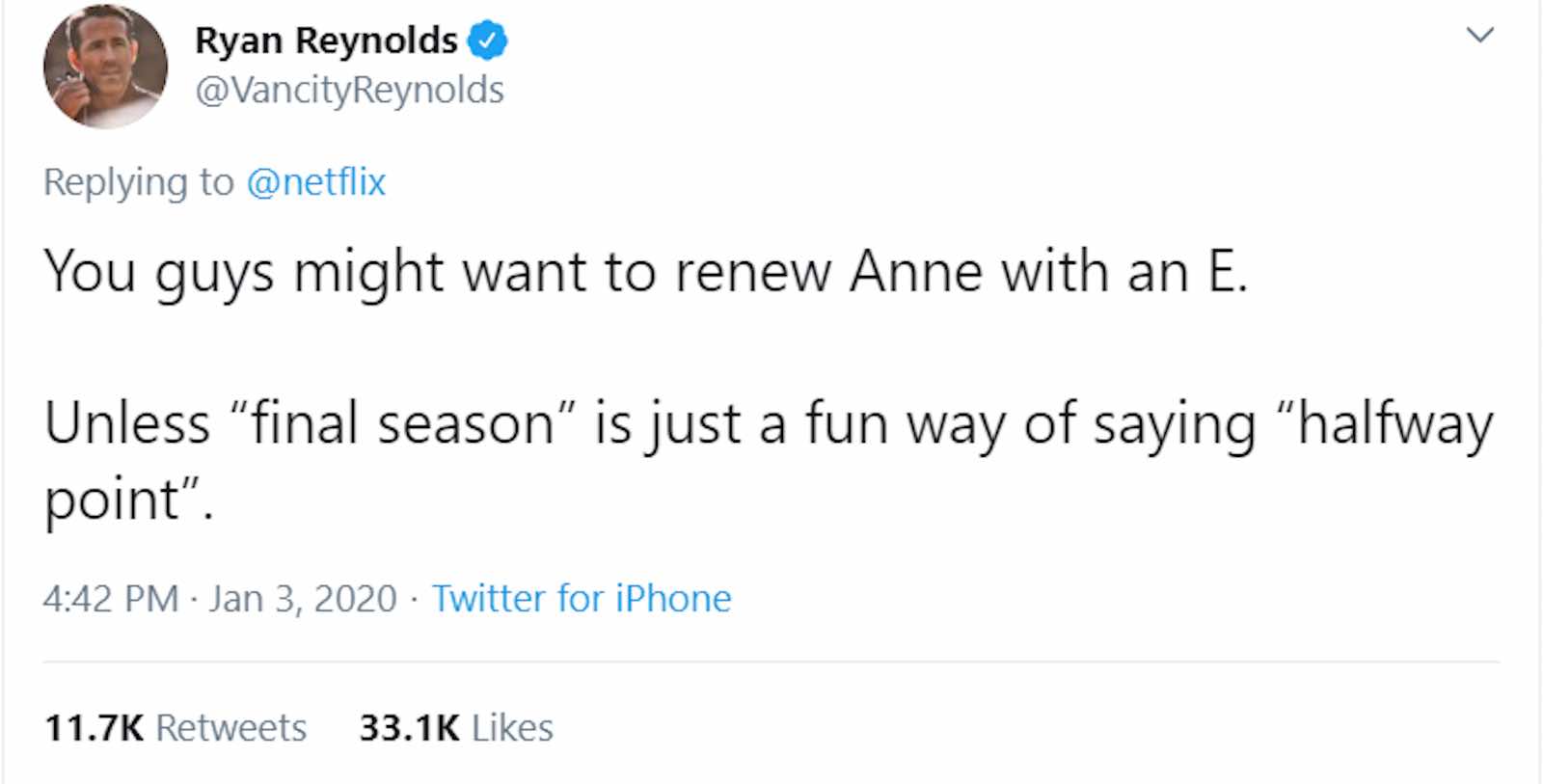 Deadpool to the rescue

Ryan Reynolds took a shot at Netflix, reminding the streaming site that Anne with an E just barely scratched the surface of Anne & Gilbert’s relationship. That’s just some bad storytelling right there Netflix. 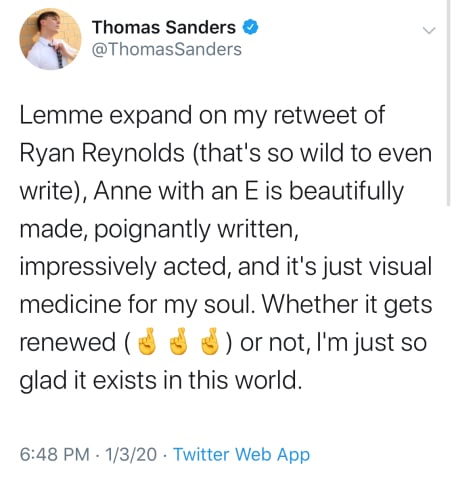 To back up Ryan comes Vine & Youtube entertainer Thomas Sanders with some insightful words about the beloved show that makes us all nod our heads & sob in solidarity. 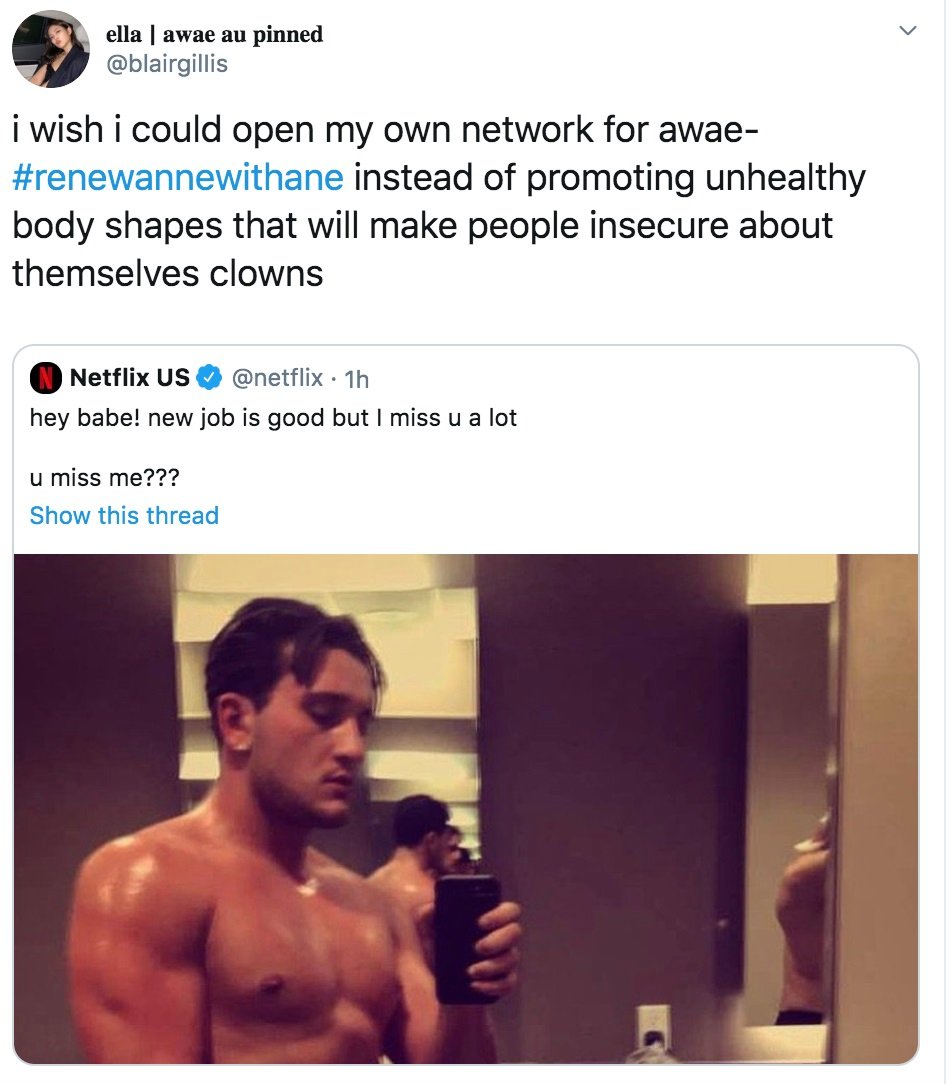 Netflix, we’re looking at you

So Anne with an E, a show about acceptance and treating others with respect & kindness can’t get a fourth season but Netflix can post tweets like this? Where’s the justice? 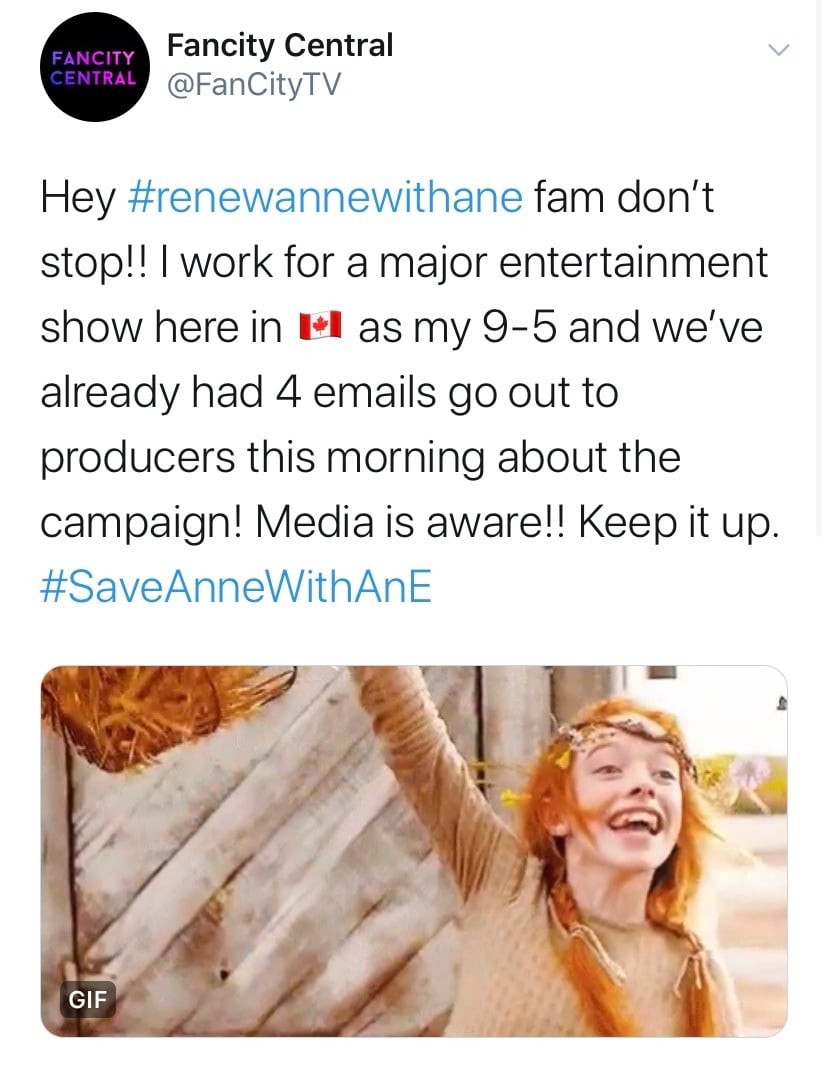 A little encouragement can go a long way when we’re feeling defeated. It’s nice to know there are people in the media still invested in stories that inspire. 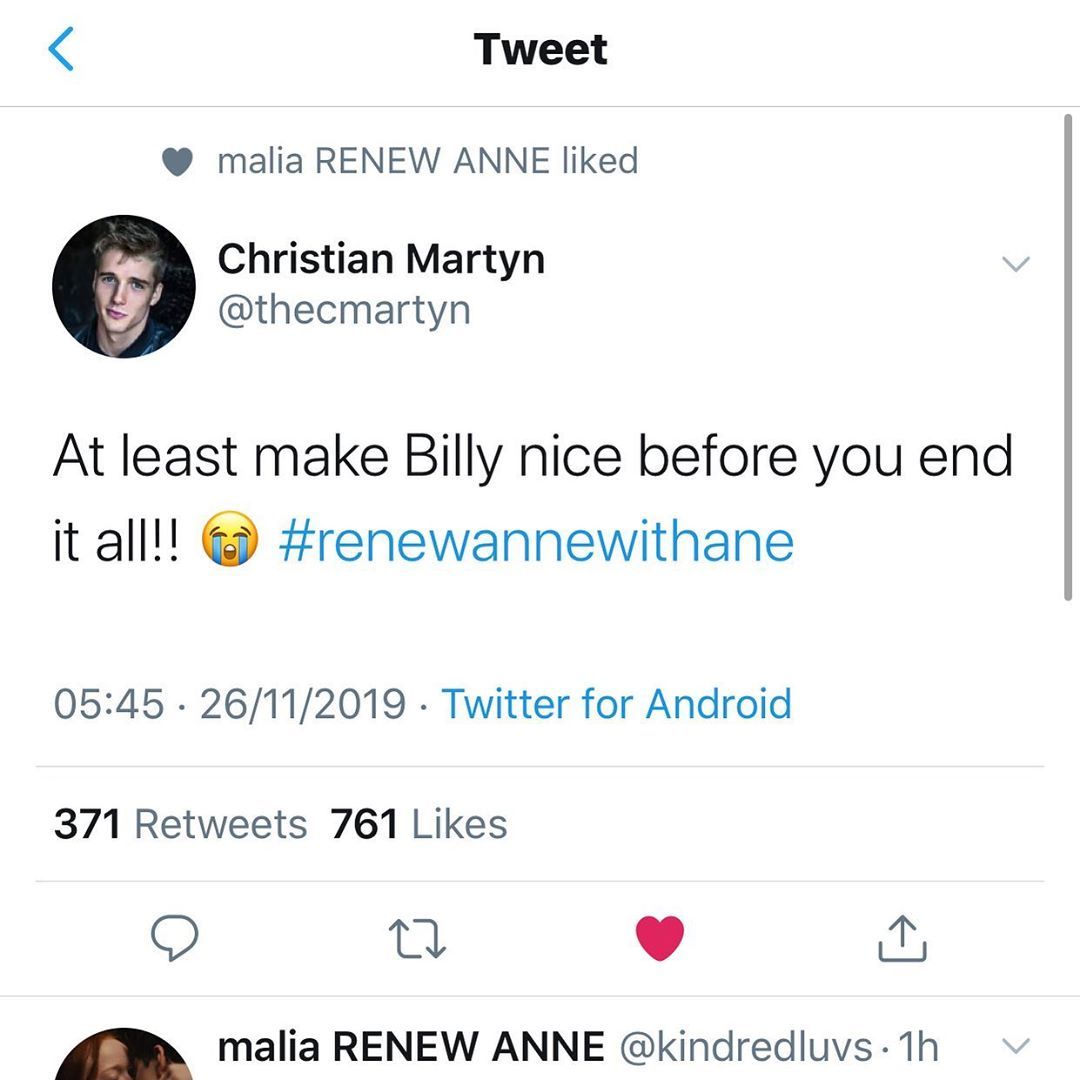 You can’t just give us a beautiful story filled with marvelous characters and then snatch it all away in the middle of everything! It’s just irresponsible! 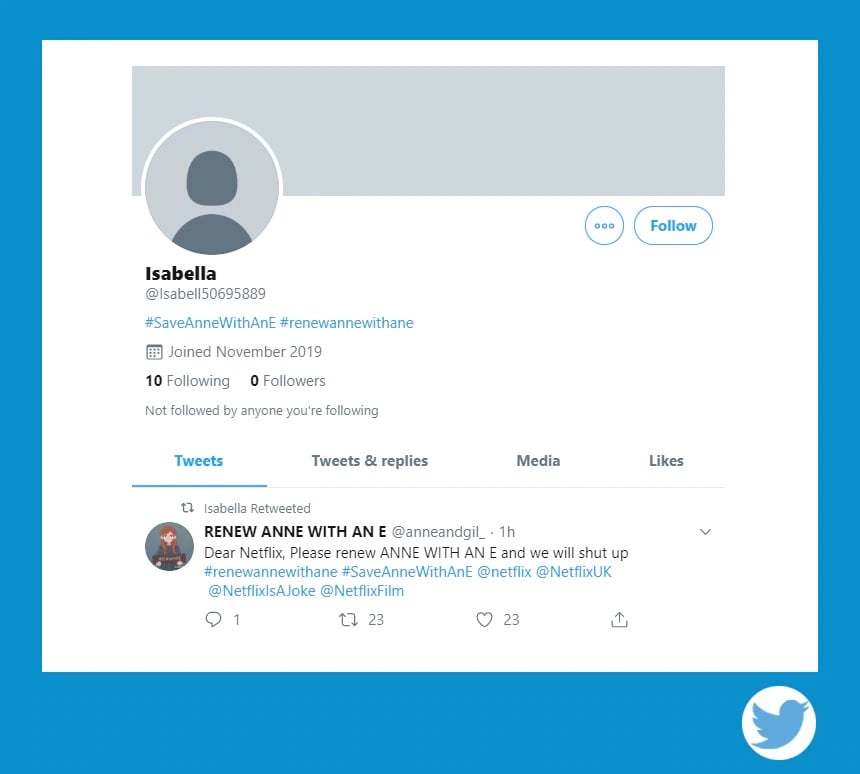 Either you make Anne with an E season 4 or you will never have another moment’s peace from this day on. 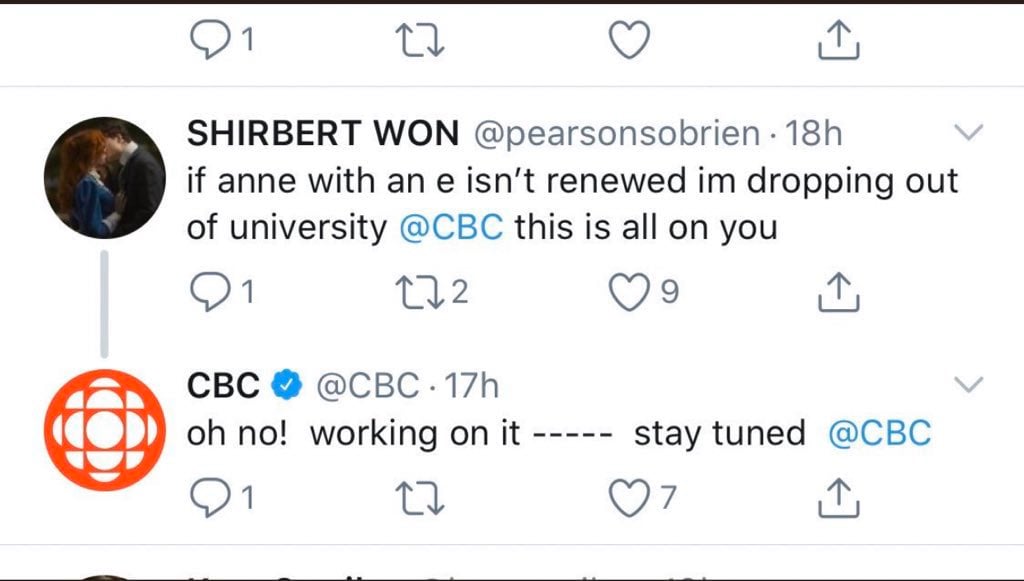 That’s right! If Anne with an E isn’t renewed, Netflix & CBC will be responsible for the illiteracy of an entire generation. 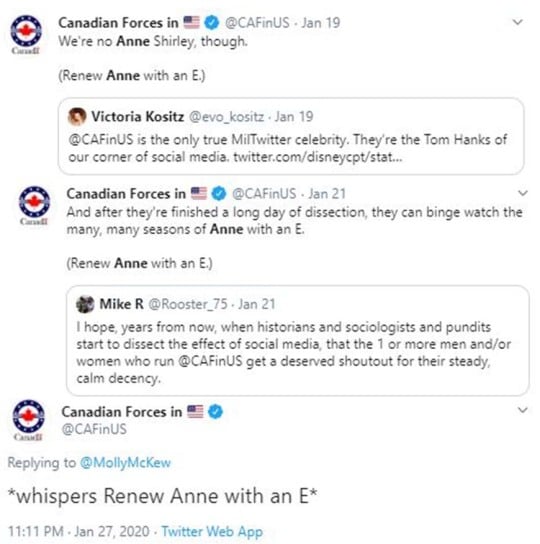 This is just the best.