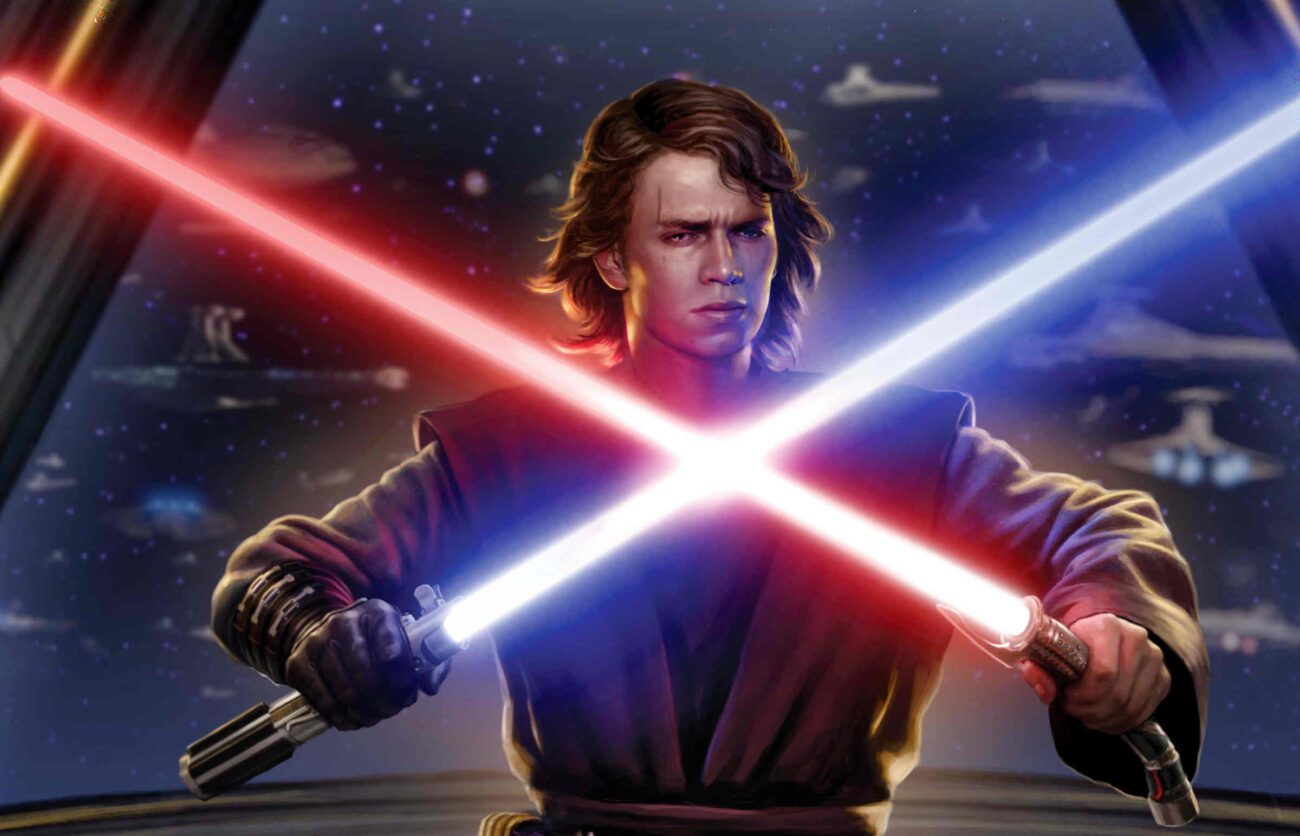 Anakin Skywalker is the most famous and most favourite character of Star Wars Saga. Anakin had stayed the centre of attention for both the fans and the Star Wars stories. His story from a slave to a Jedi Knight to a Sith lord was truly astonishing. But he truly won our hearts when he returned to the light side before dying.

Like Anakin Skywalker, his lightsaber is also the most-discussed one among Star Wars fans. Anakin wielded many lightsabers during the different phases of his life. Fans have watched him slicing down hundreds of battle droids, Clone troopers, many Jedis, and even a Sith lord. 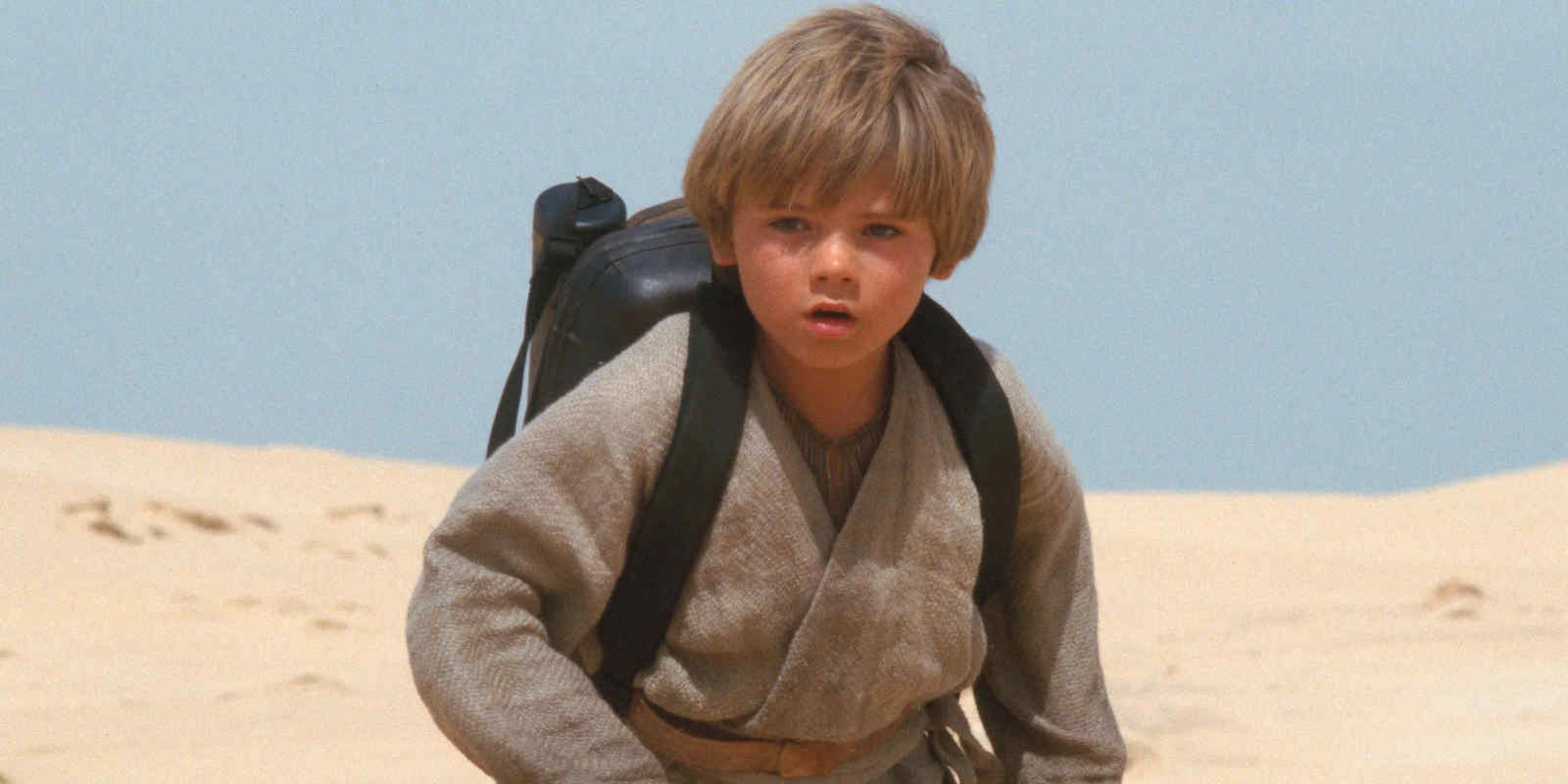 Anakin lived as an enslaved person with his mother on the Tatooine planet at an early age. When he was young, a Jedi named Qui-Gon Jinn found this kid. He found the kid to be extremely Force-sensitive with Midi Chlorians above 20 thousand at the age of 6 or 7. These numbers were too high for a trained Jedi, let alone a kid.

Qui-Gon Jin considered him to be the “Chosen One.” According to a prophecy, the Chosen one will come and bring balance to the Galaxy. Qui-Gon freed him from slavery and decided to train him.

Qui-Gon did not live long enough to train him, so he burdened this responsibility on to his Padawan, Obi-Wan Kenobi, before dying. 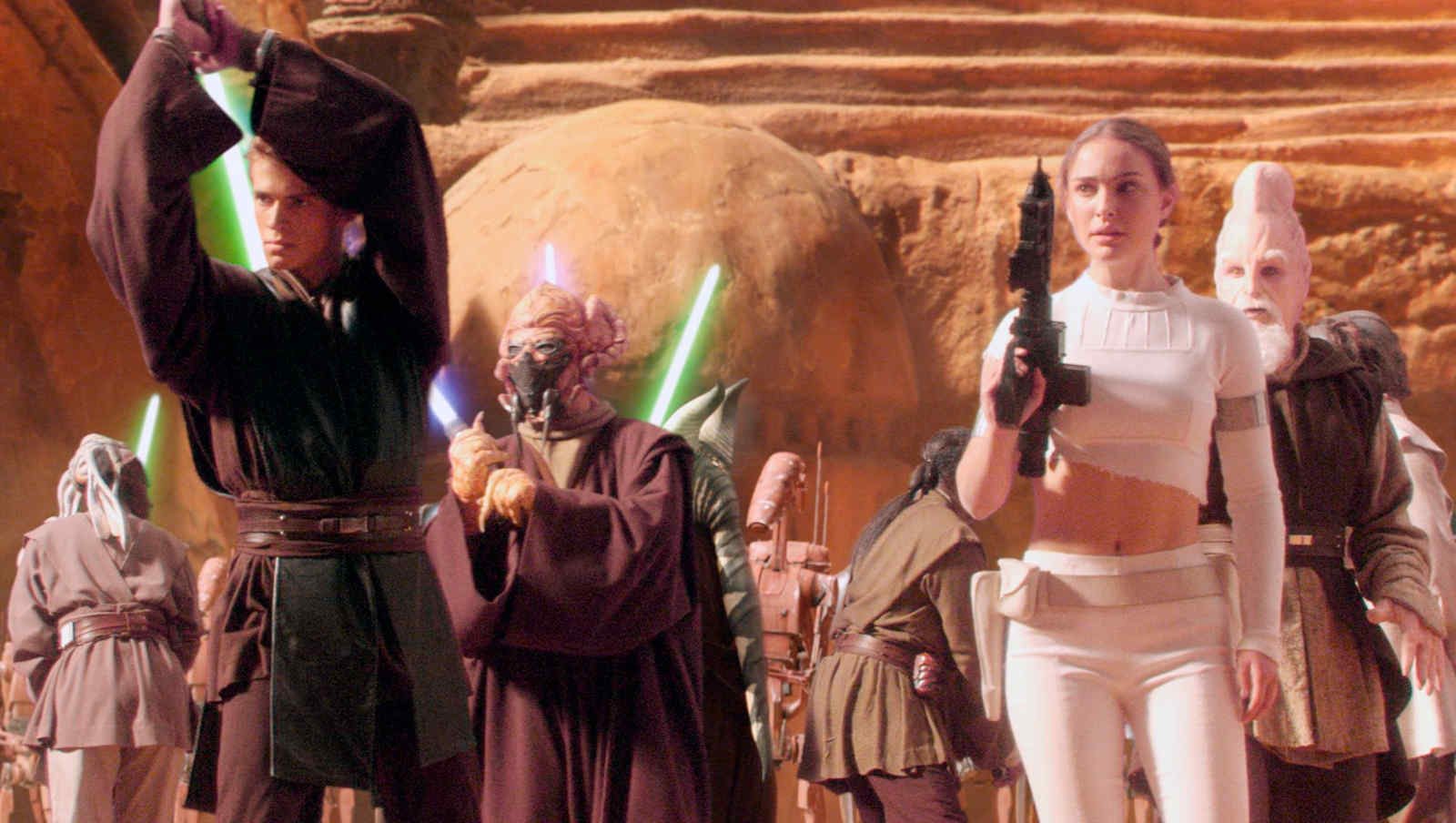 Anakin appeared as a Jedi Padawan in Star Wars: Attack of the Clones for the first time. He wielded a green lightsaber as a Padawan. Anakin Skywalker was so skilled as a Padawan he could go on par with even a Jedi Knight. His Master Obi-Wan Kenobi had trained him well.

He dueled with a Sith lord Darth Tyrannous as seen in the movie Attack of the Clone. As a Padawan, Anakin had no chance against a Sith but holding against a Sith for some time resulted from great improvement. 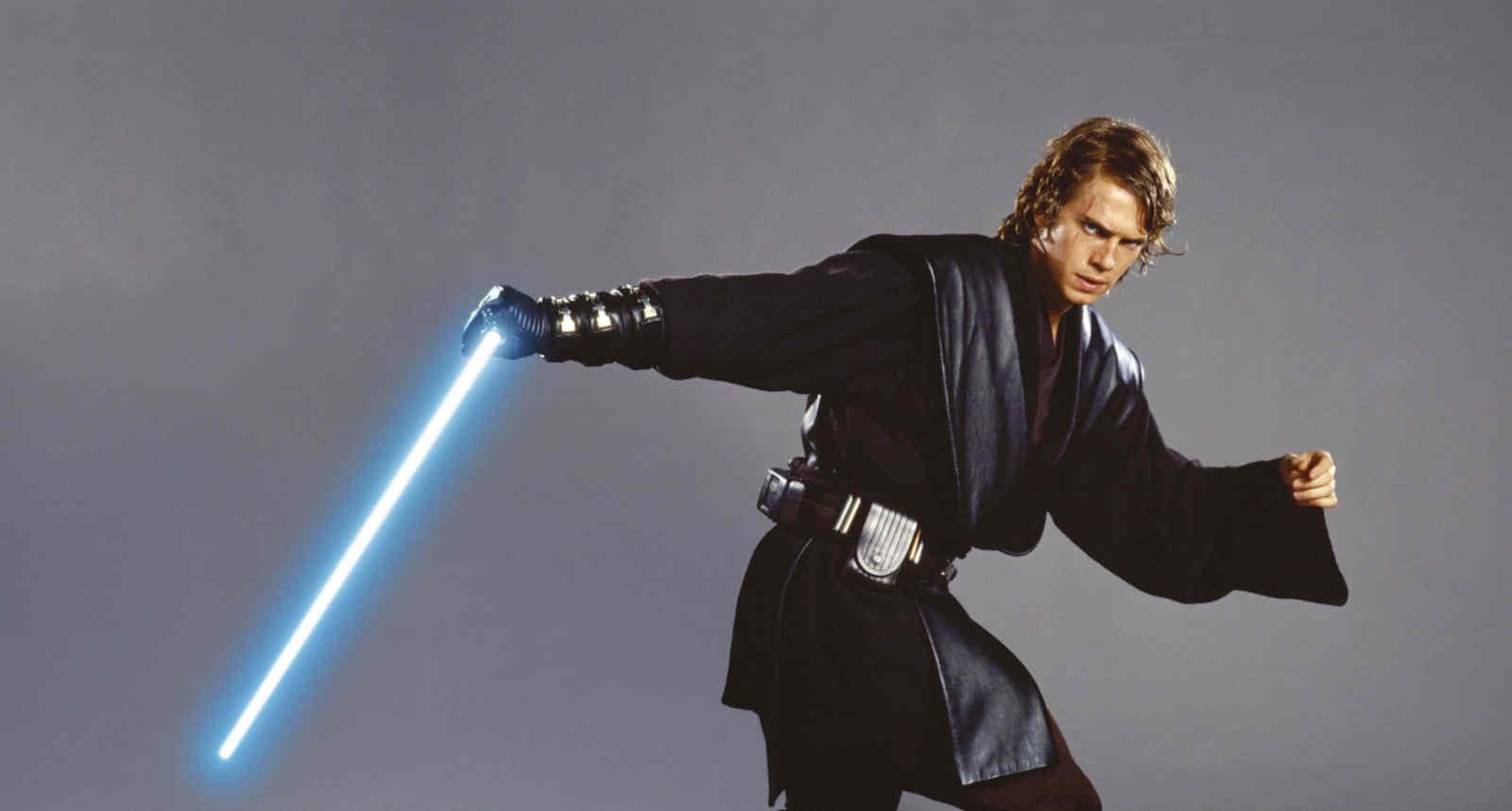 As the Clone War began, Anakin Skywalker had learned a lot as a Jedi and achieved the rank of Jedi Knight. His lightsaber had turned to blue now, which meant he was above the padawan rank. 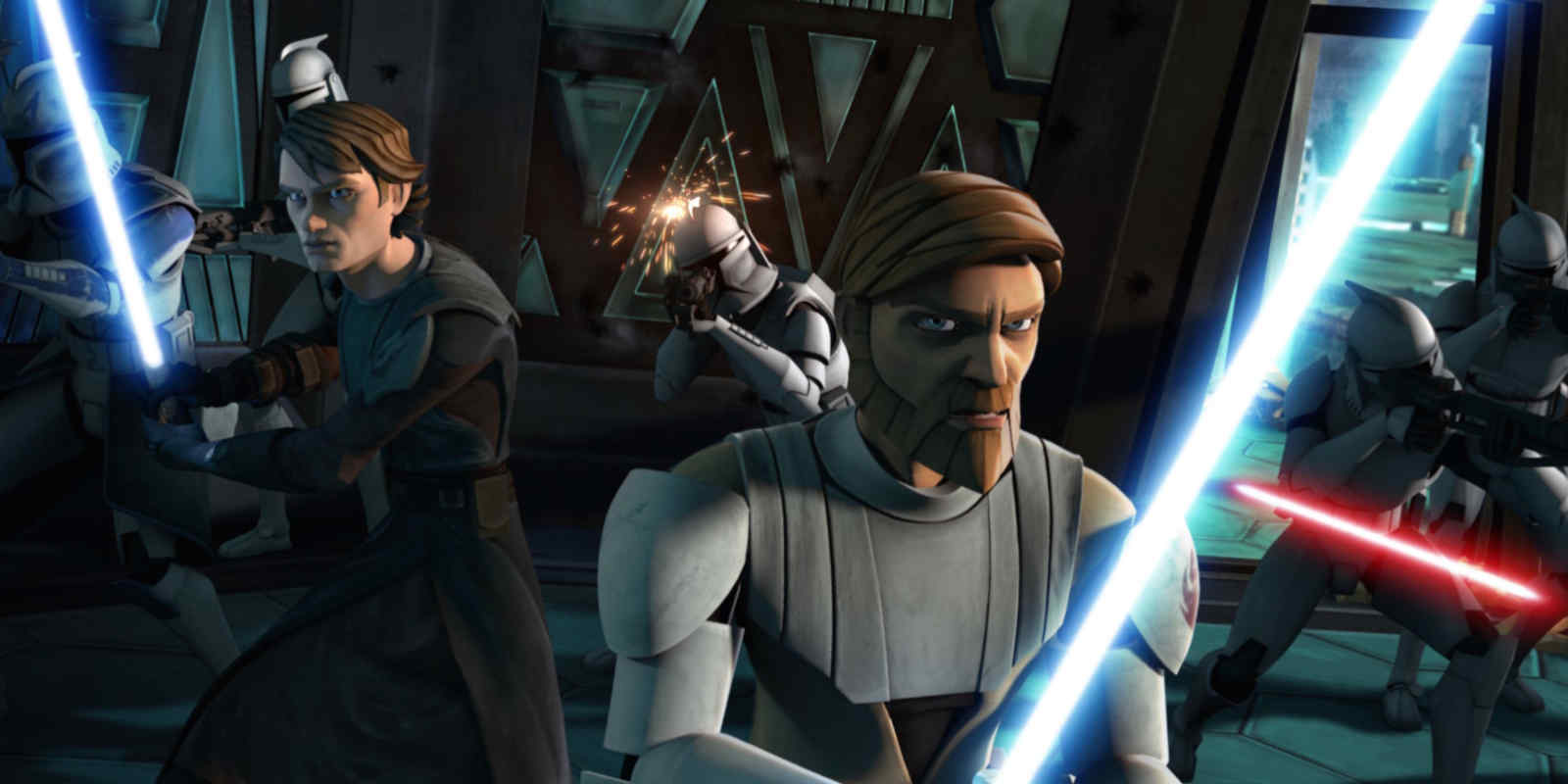 After turning to the Dark Side, Anakin was called Darth Vader. Like every other Sith, Darth Vader also wielded a new red lightsaber. Anakin Skywalker’s lightsaber had two crystals embedded in it. One corrupted natural crystal and one synthetic red crystal to complement his fighting style. 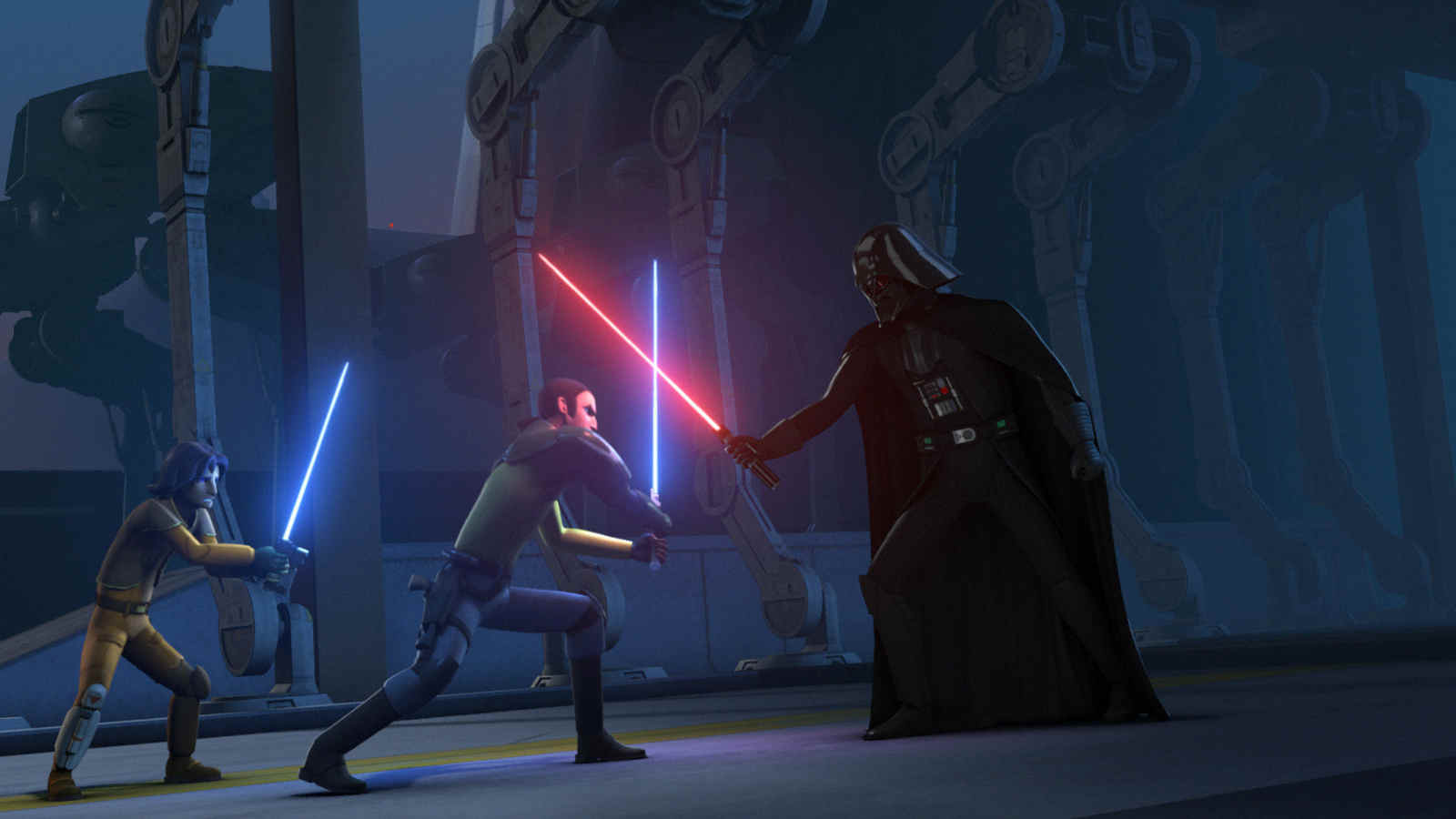 We watched him dueling with the rebel Jedis, Caleb Dume and Ezra Bridger. Like every other time, he owned these two Jedis. His red lightsabers strikes were very hard to block, even for those Jedis. 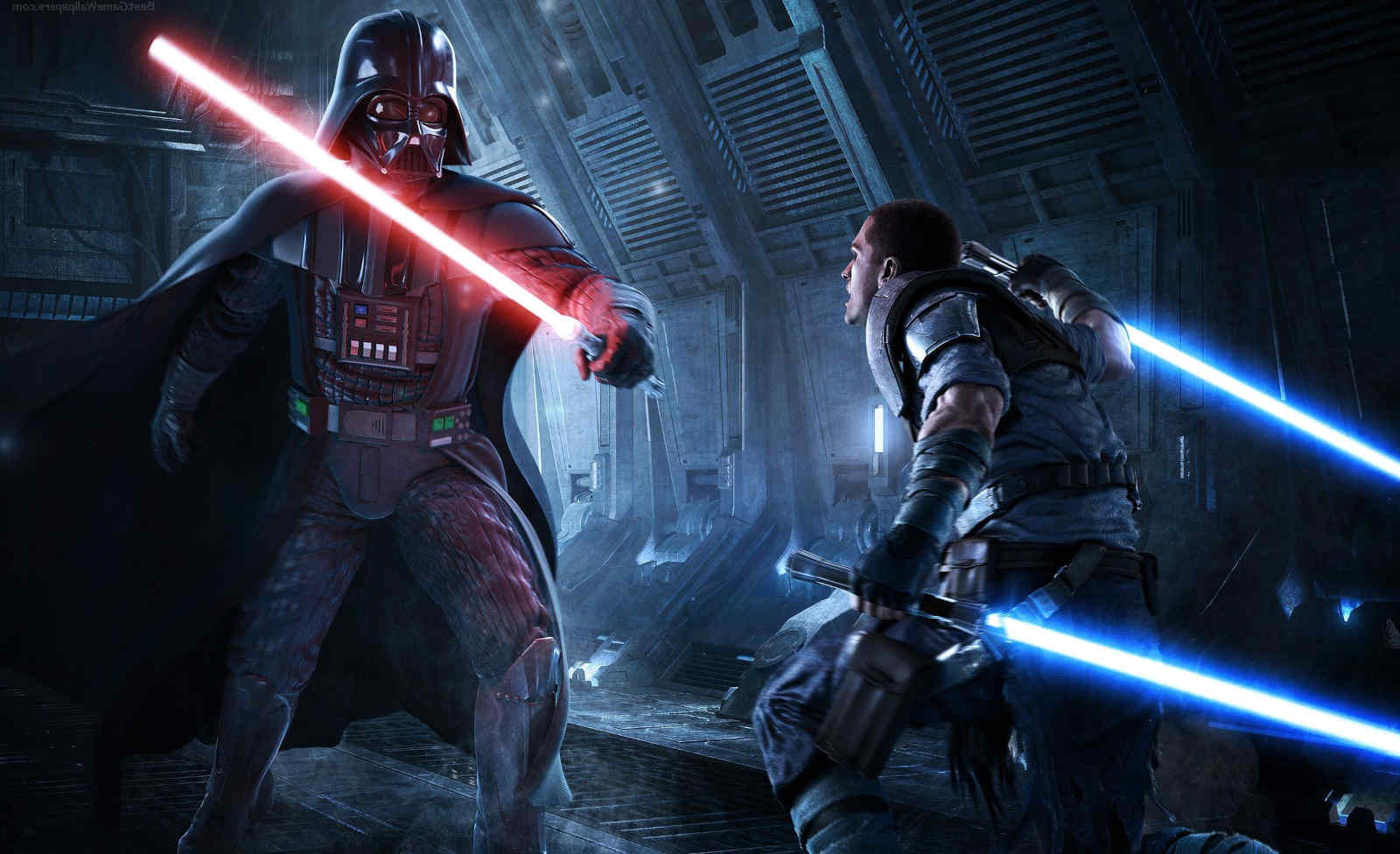 When the rebellion against the Empire was rising, Anakin Skywalker was on his hunt for the remaining Jedis. He tracked many Jedis and killed them. During this hunt, he found a little Force-sensitive kid. He took him as an apprentice and trained him.

He called this kid Starkiller after he trained him completely. Later Starkiller defected to the light side and dueled with Darth Vader, aka Anakin. Starkiller killed Anakin in an alternate reality, but this was officially announced as a Non-Canon. If you want to watch it, you can watch the cutscenes of a video game, Star Wars: Force Unleashed 1, 2. 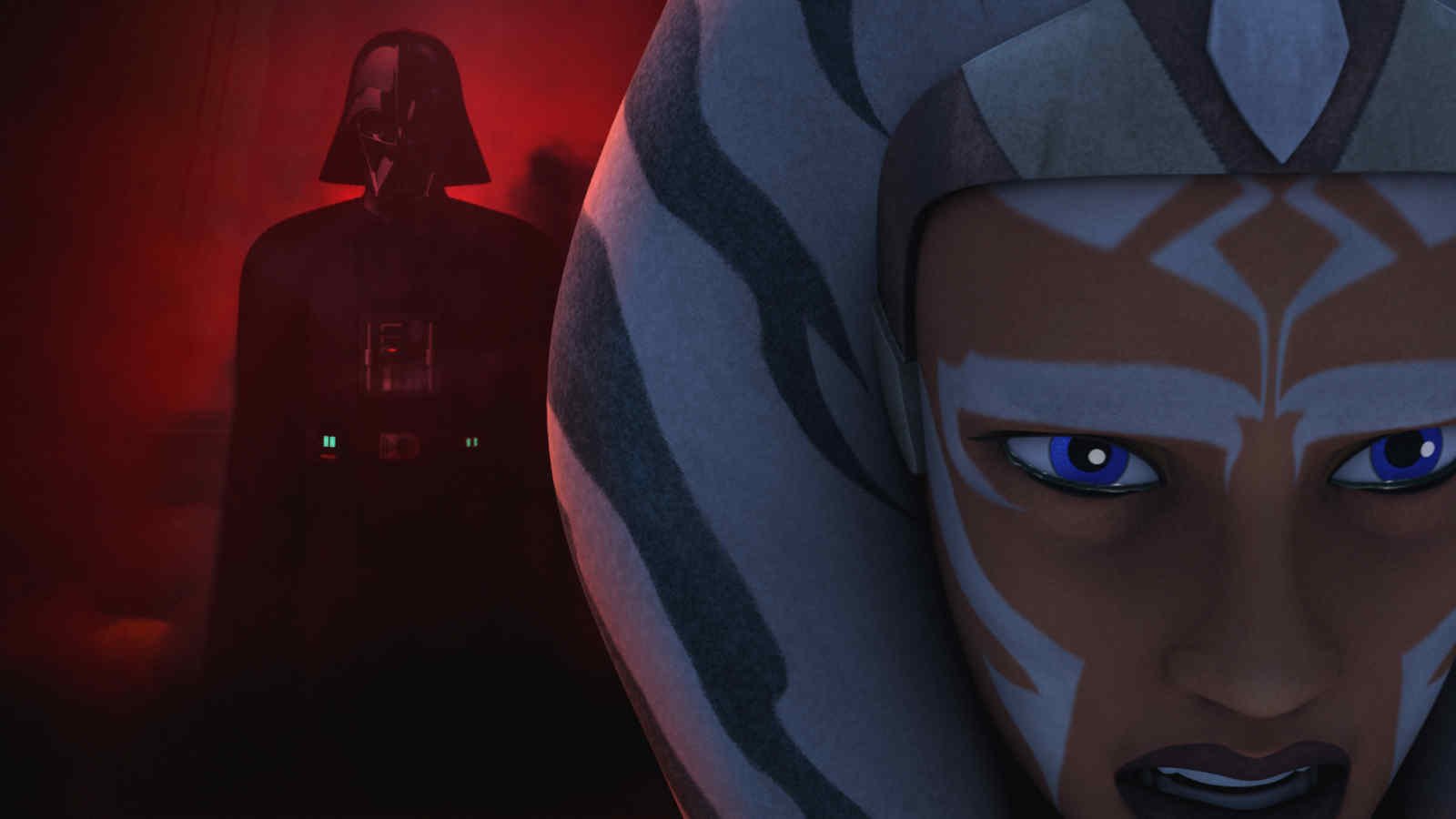 Let’s return to the Canon story of Star Wars: Rebels. Anakin and his former Padawan Ahsoka Tano’s unbreakable bond finally broke. Ahsoka and other Jedis were in a Sith temple on the Malachor planet. They were about to complete their mission when they saw a ship coming towards them with Anakin Skywalker on it, holding his blazing red lightsaber.

“What happened to my Master,” Ahsoka asked him.

“Anakin Skywalker was weak, so I killed him.” Darth Vader said. 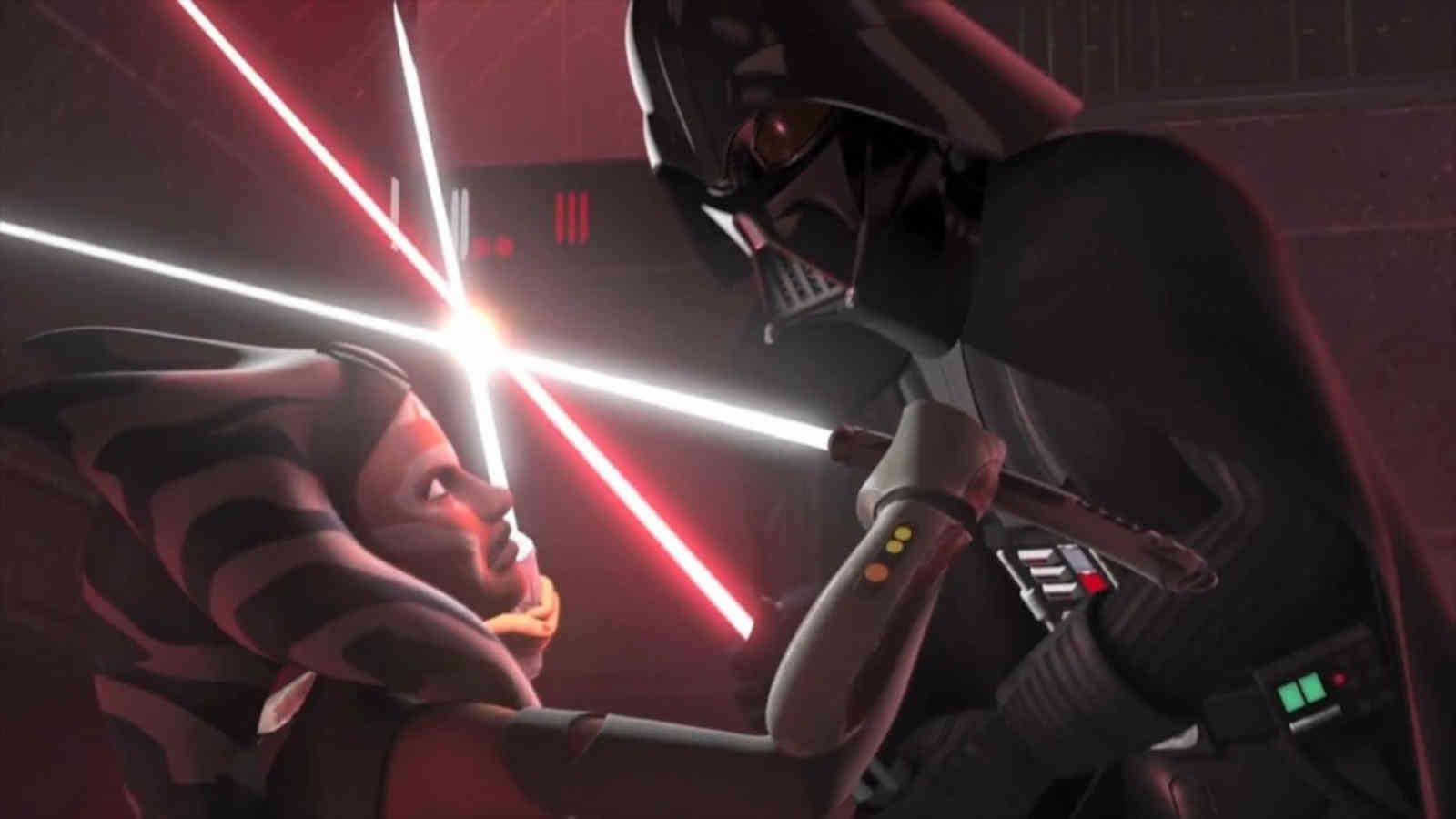 They engaged in a duel, and the battle was a treat for the eyes. Ahsoka was swift, and she even hit Anakin’s face destroying his mask. However, she was still no way close to Anakin. His strikes were so hard to block.

Anakin came out of the temple and succeeded, thinking he killed Ahsoka, but Ezra saved Ahsoka through a futural portal. That was the last time the Master and Padawan met each other, but this time as enemies. 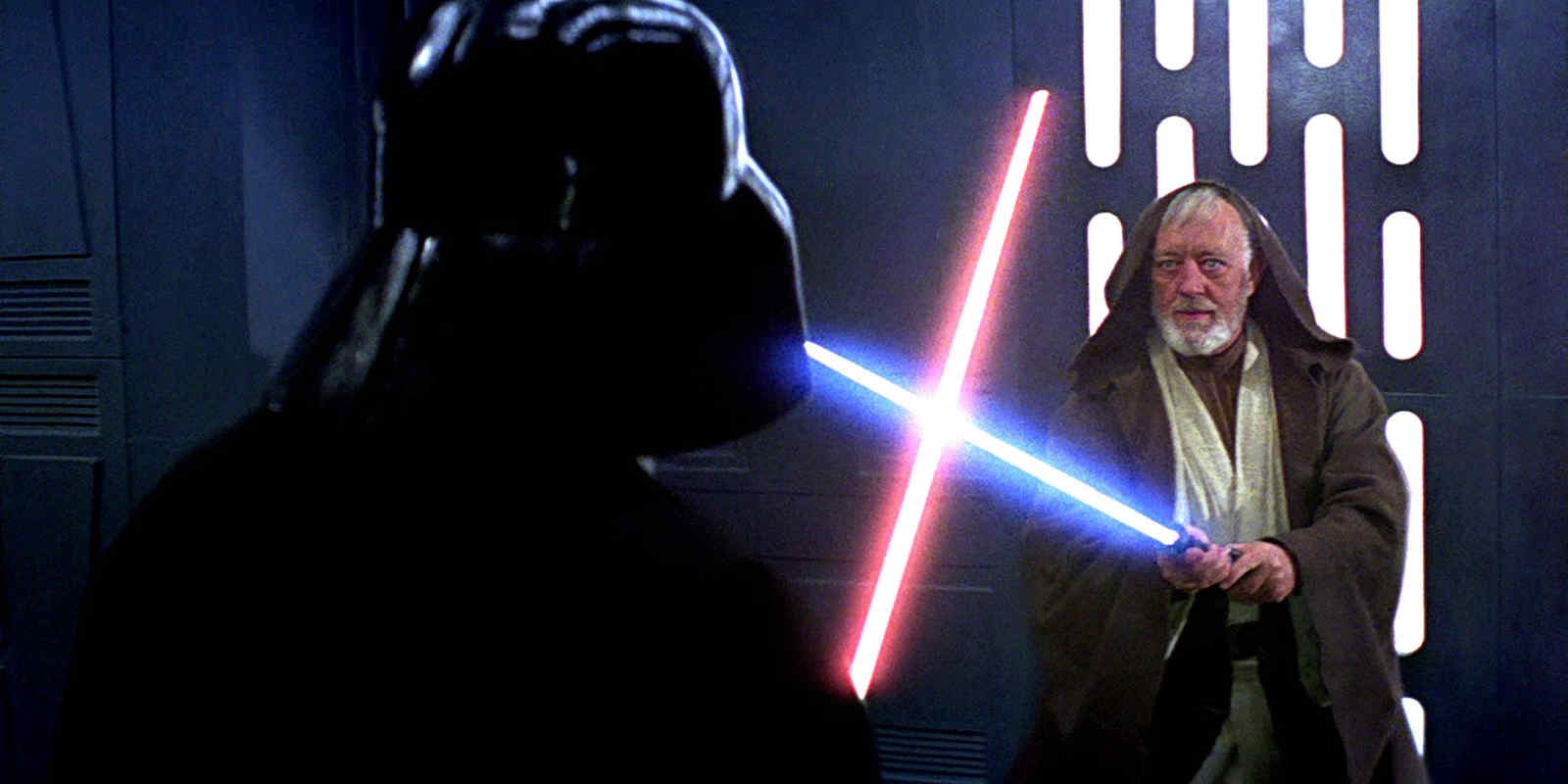 Let’s go back to the original Star Wars trilogy released in the 1970s. From the movie A New Hope to the Return of the Jedi.

Many years have passed since the Empire rose to power. His son Luke Skywalker appeared from somewhere and was apparently trained by Obi-Wan Kenobi.

The Empire captured Leia Organa, and Obi-Wan finally came out of hiding with Luke to save Leia. They invaded Anakin’s ship somehow. While Luke went to save Leia, Obi-Wan came in front of Anakin.

“The Student has become the Master,” Anakin said. In their earlier fight, Obi-Wan defeated him many years ago during the Clone Wars. This time Anakin was a completely different person. The Force was strong with him.

The old Obi-Wan tried his best, but Anakin defeated him this time. He struck him with his red lightsaber and finished him. 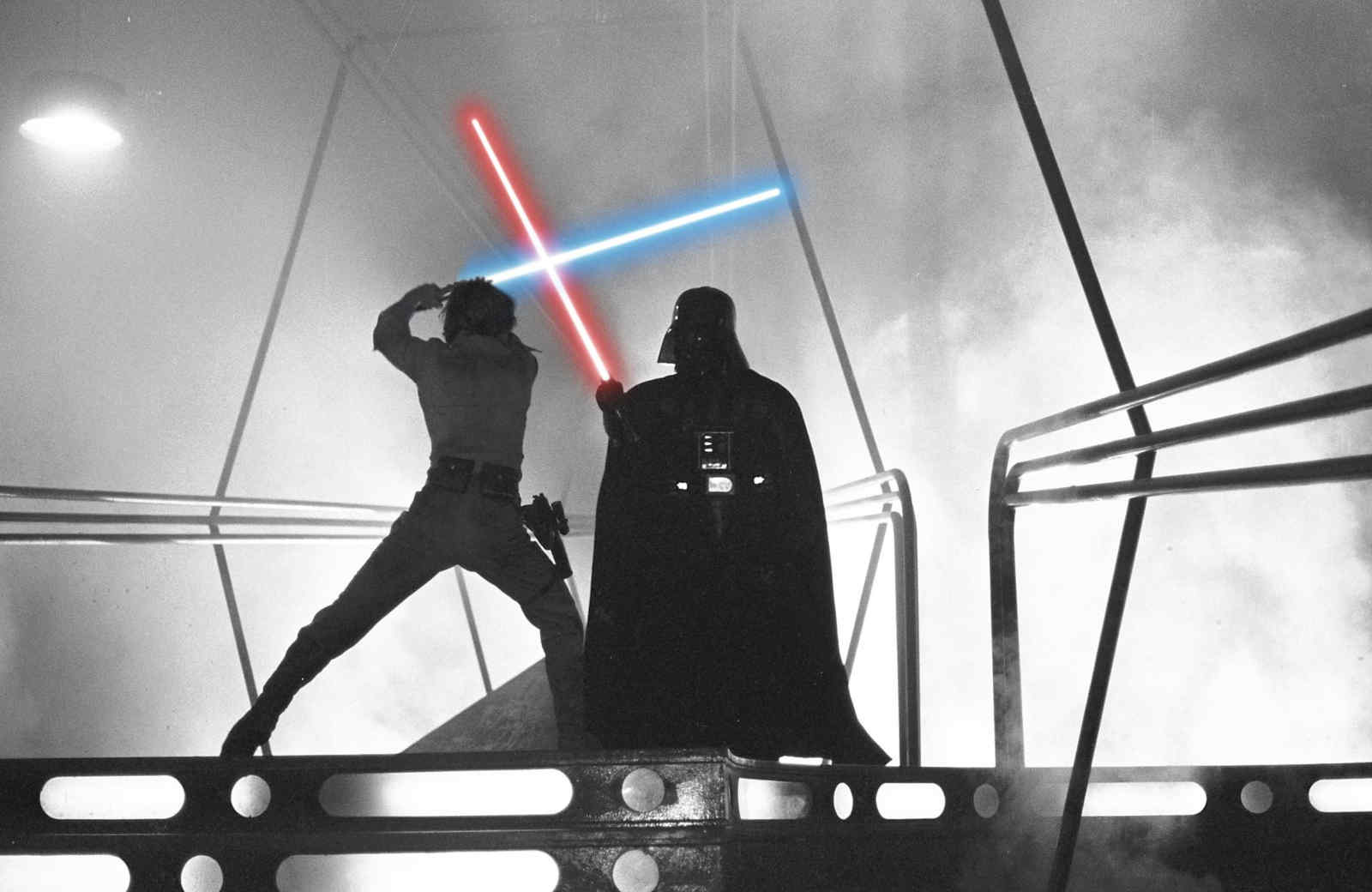 Every rise has to come to a fall. Anakin was an extremely strong Force-user and killed many powerful people in his life, but this time he came across his own son, Luke Skywalker. They fought twice against each other. Anakin defeated him and cut his hand with his red lightsaber.

The second time Luke fought with him prepared. Anakin did not want to kill him. He wanted to rule the Galaxy alongside him. So, he refused to kill his son, which Emperor Palpatine did not like.

Palpatine used Force lightning on Anakin, which caused his death. But before dying, he had turned to the light side. After the Empire ended, we saw Anakin’s spirit come to see his son celebrating the New Republic. 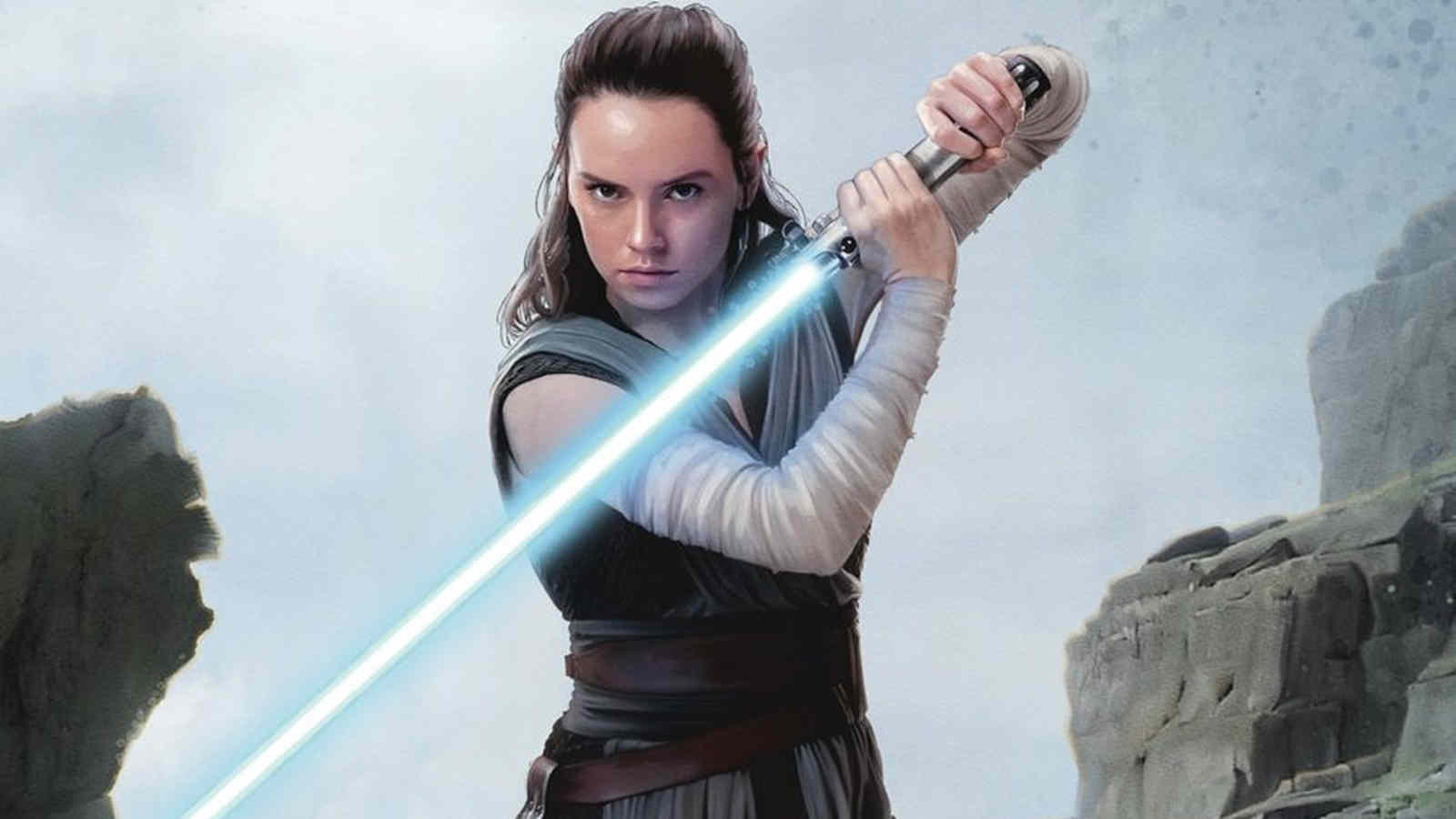 No answer was given to what happened to his red lightsaber, but we know his blue lightsaber did not disappear. His son Luke Skywalker wielded his lightsaber even after his death. And then, many years later, Rey used it against the “First Order.” and the “Final Order.”

At the end of Star Wars: Rise of the Skywalker. Rey buried his blue lightsabers somewhere on Jakku planet.

Until a new surprise appears for Star Wars fans, May the Force be With You.