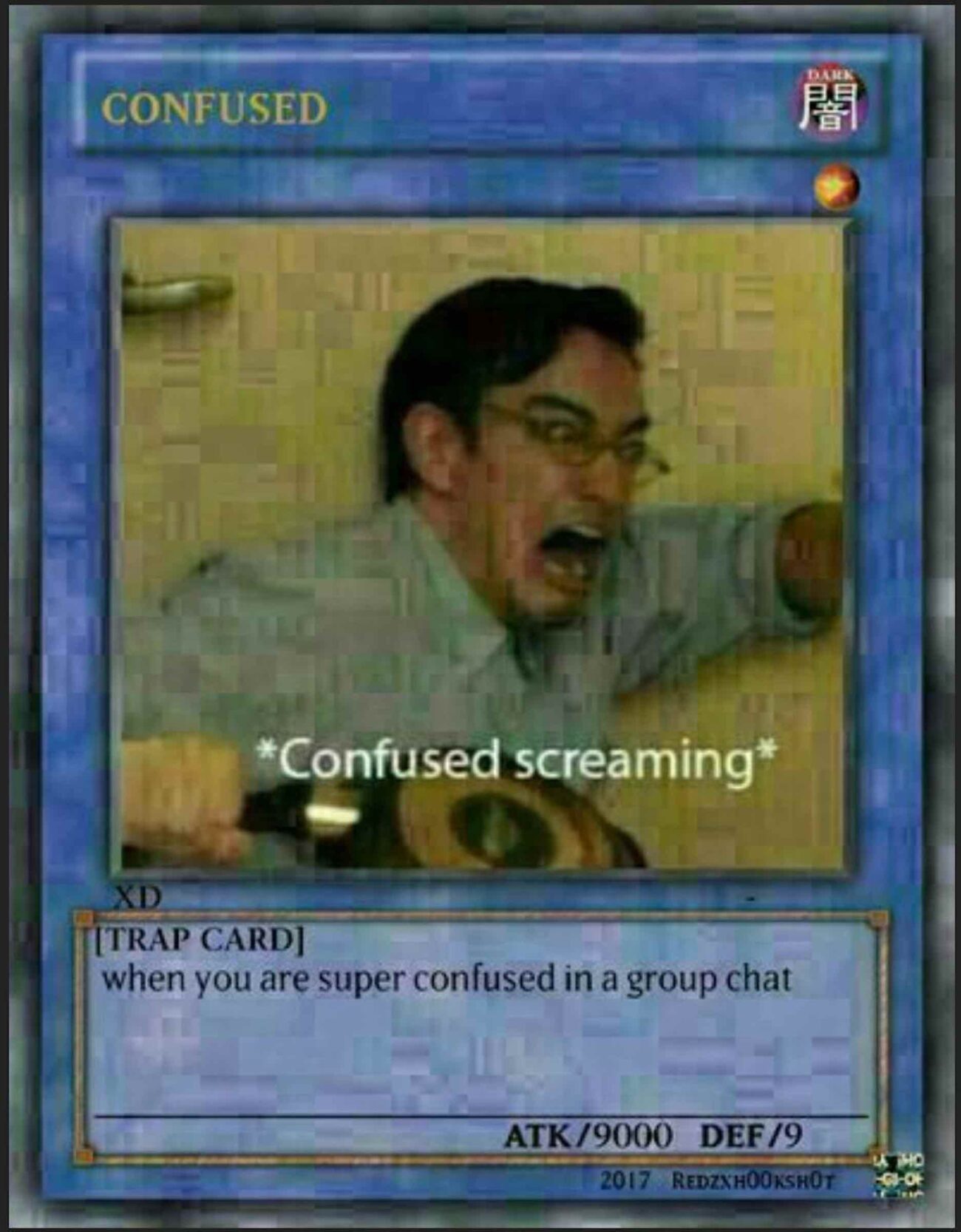 It’s time to D-d-d-d-d-duel! Yu-Gi-Oh is one of the biggest staples of any 2000s kids’ childhood. Since most of us who played the game as kids are now adults, we do the same thing we always do: make Yu-Gi-Oh card memes.

Yu-Gi-Oh card memes are probably one of the easier meme formats on the internet, giving you both a nice dose of nostalgia and a hilarious way to make a fresh meme to keep the threads going.

Yu-Gi-Oh! Duelists of The Roses´ Lancastrians´ Theme has me like
(I spent way too much time on this shitty meme about a weird Yu-Gi-Oh! game that doesn´t even follow the rules of the card game lol) pic.twitter.com/xz8R3S9TDh

It’s an amazing meme, dude, give yourself more credit!

been collecting Yu-Gi-Oh! memes through the years and I almost have enough to create a complete 40+ card deck. Looking to trade with other serious collectors: pic.twitter.com/BX1fpOTnGM

Now that is what we call a solid deck!

this is my attempt at making a yu-gi-oh card that isn't a meme pic.twitter.com/Mgu6BLc7mm

Omfg that meme was from a Yu-Gi-Oh card this whole time https://t.co/AOG7pNLYji

Which would you choose?

This is gotta be my favorite Yu-Gi-Oh reverse card memes of all time lmaoo 🤣🤣🤣https://t.co/HPKsHGvfW9

Took a break from serious, project-based card design to offer up this sleep-deprivation gem of a meme/cursed image #unboundeq ✌ Yu-Gi-Oh! is still a gem, all these years later ❤💛 pic.twitter.com/6amZNFPTJ0

Definitely a necessity in any college student’s deck.

All hail the true king of the memes!

Woke up still drunk and decided to dm a guy this because he had a different yu-gi-oh card meme on his story wish me luck hehe pic.twitter.com/Eff1oB1Lby

From what we know about the internet, these memes will probably outlive us all.

Have any other great Yu-Gi-Oh card memes? Drop them below in the comments before the duel is over!