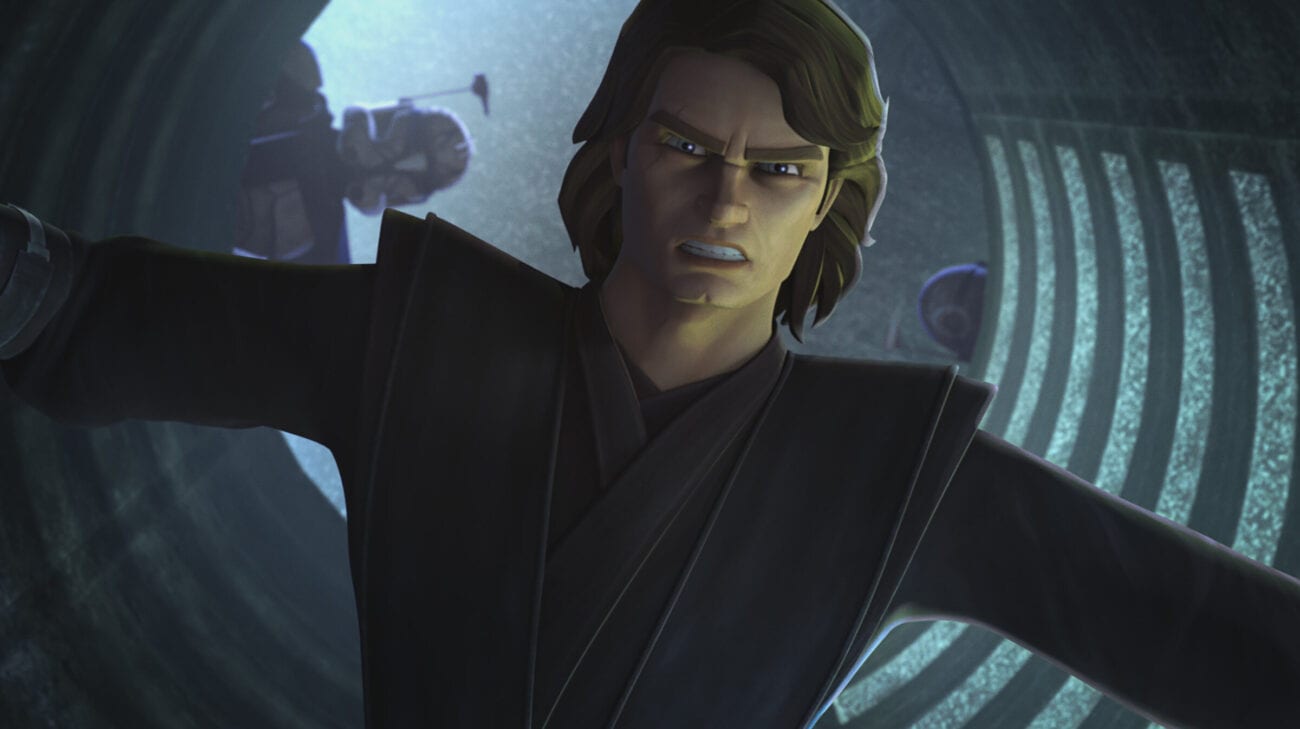 Was Anakin Skywalker a good guy? ‘The Clone Wars’ didn’t redeem him

Anakin Skywalker is perhaps one of the most prolific characters recognized in storytelling. He was the legendary human male Jedi knight of the Galactic Republic and the prophesied Chosen One of the Jedi Order. He was born to bring balance to the Force.

Surely, Star Wars: The Clone Wars brought a heap of luxuriance & lavishness to our binging experience and the Star Wars story. It also gave us a detailed illustration of Anakin’s legacy.

Through The Clone Wars, we see much of Anakin’s honesty & empathy epitomized, but we also see some dangers coming to settle in. Characters imitate people in real life. And when it comes to us outside the screens, we know we have both good and bad traits. But every so often, we wonder about what separates the good & bad people. Legacies are a great way to find out. 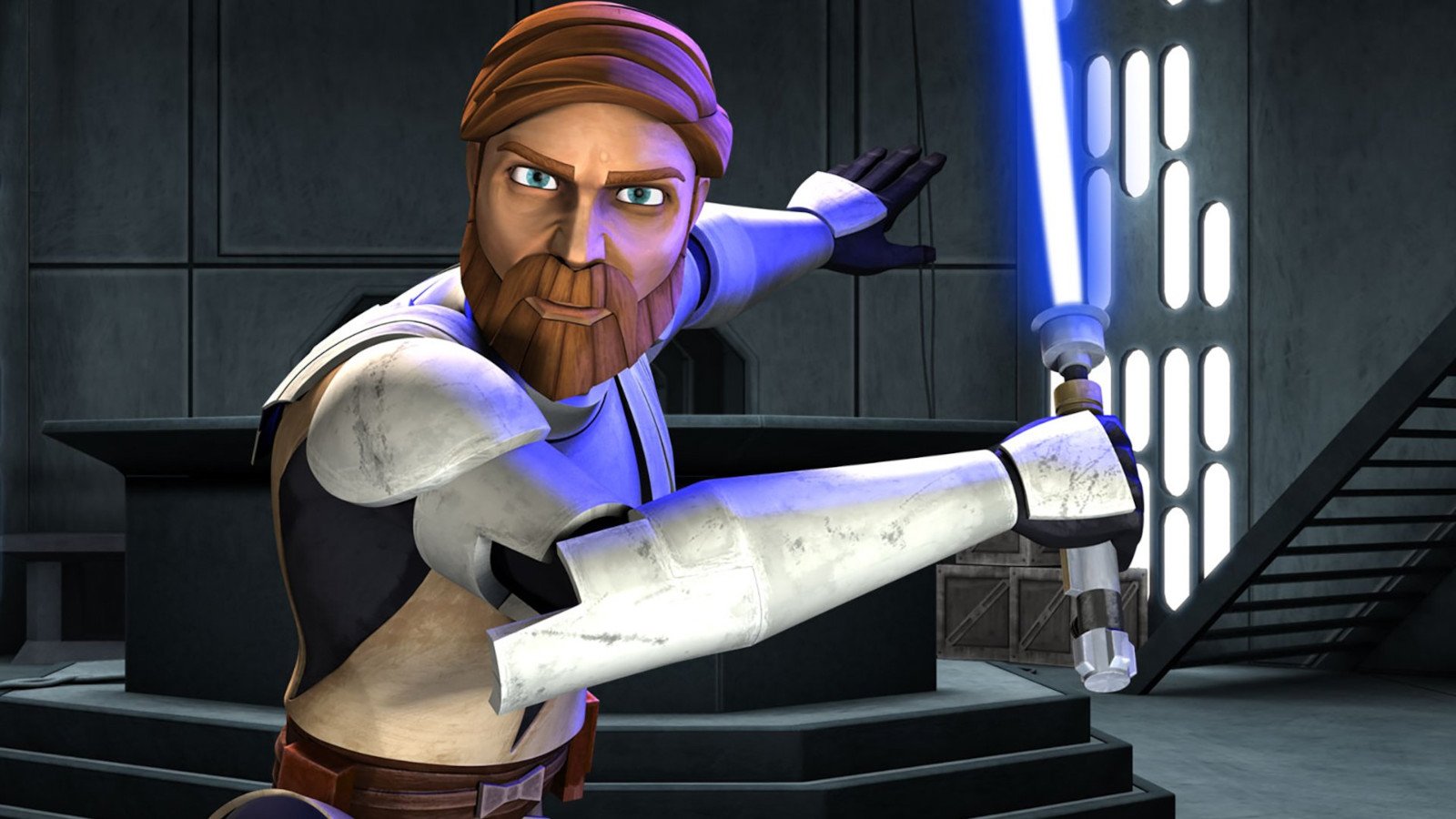 Everyone needs companionship! The Anakin Skywalker and Obi-Wan Kenobi duo never failed to rise to their challenges with blaring flair & unorthodox methods. Their battles with Count Dooku, filled with their loyalty to one another, gave us some of the most memorable moments in the Star Wars stories.

Though the two frequently butt heads in their early adventures, they end up developing mutual respect over time. We see this in “Deception”. Obi-Wan fakes his own death to unveil the plot to kidnap Chancellor Palpatine. The scheme involves him going undercover as a bounty hunter.

But Yoda and the Jedi leave Anakin out of the scheme. We then see his vivid anger showing the intensity of how he felt for the man he considers a brother. 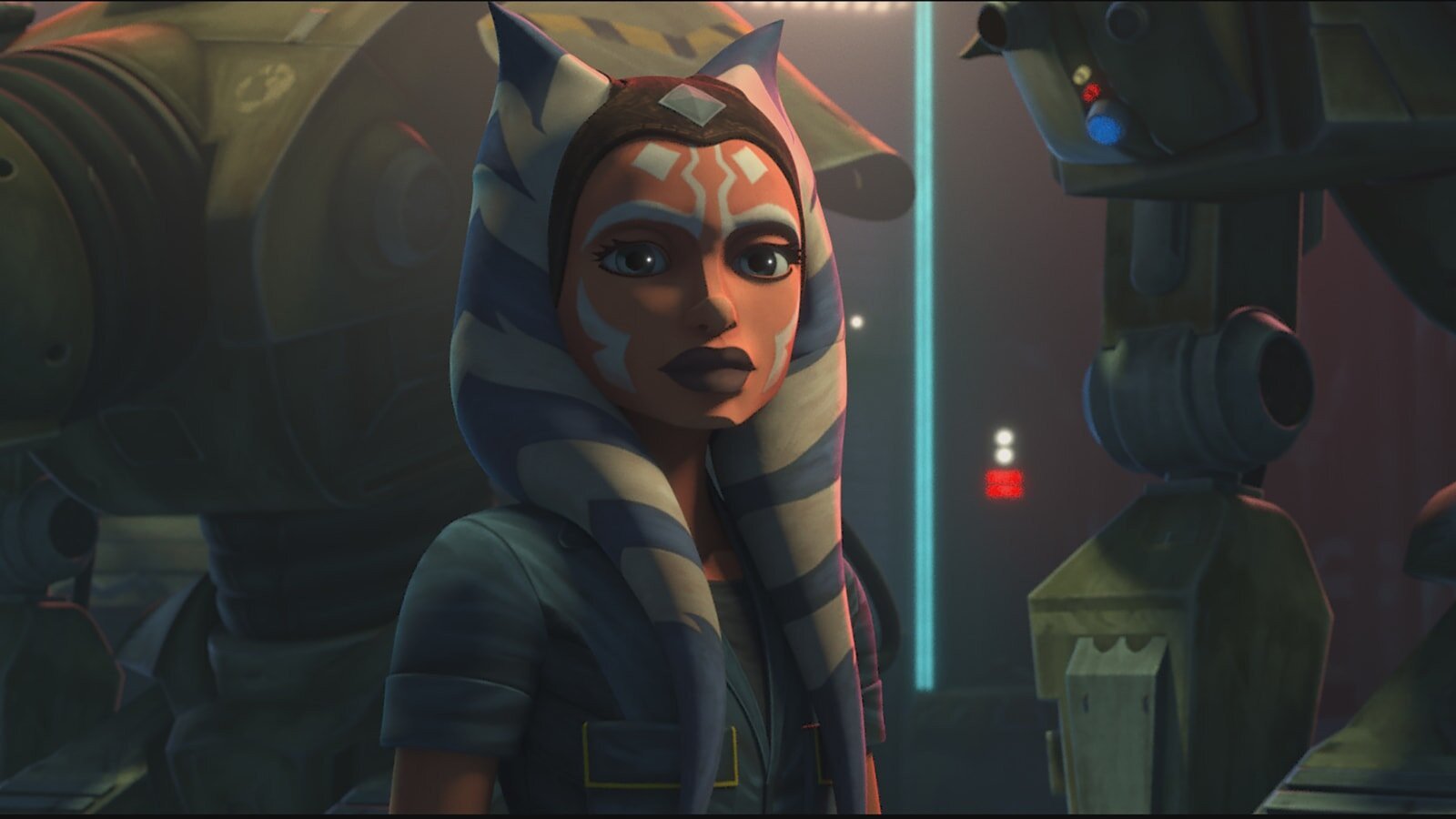 Audiences learned a great deal about the legendary Jedi through Anakin & Ahsoka Tano’s bond as master & Padawan. Yoda gives Anakin a Padawan so Anakin could learn to let go of his student, even as they evolve together.

In The Clone Wars, we witness Anakin’s reluctance to have a Padawan, but he discovers his own empathy & responsibility. Unfortunately, this only makes his descent more dreadful.

Remember “The Wrong Jedi”? When Ahsoka leaves the Jedi Order after being framed and the Jedi abandon her, her unforgettable goodbye to Anakin clearly demonstrates his great struggle with losing those he loves. But what exactly takes somebody to the dark side and keeps them there? Are we all close to turning evil ourselves? 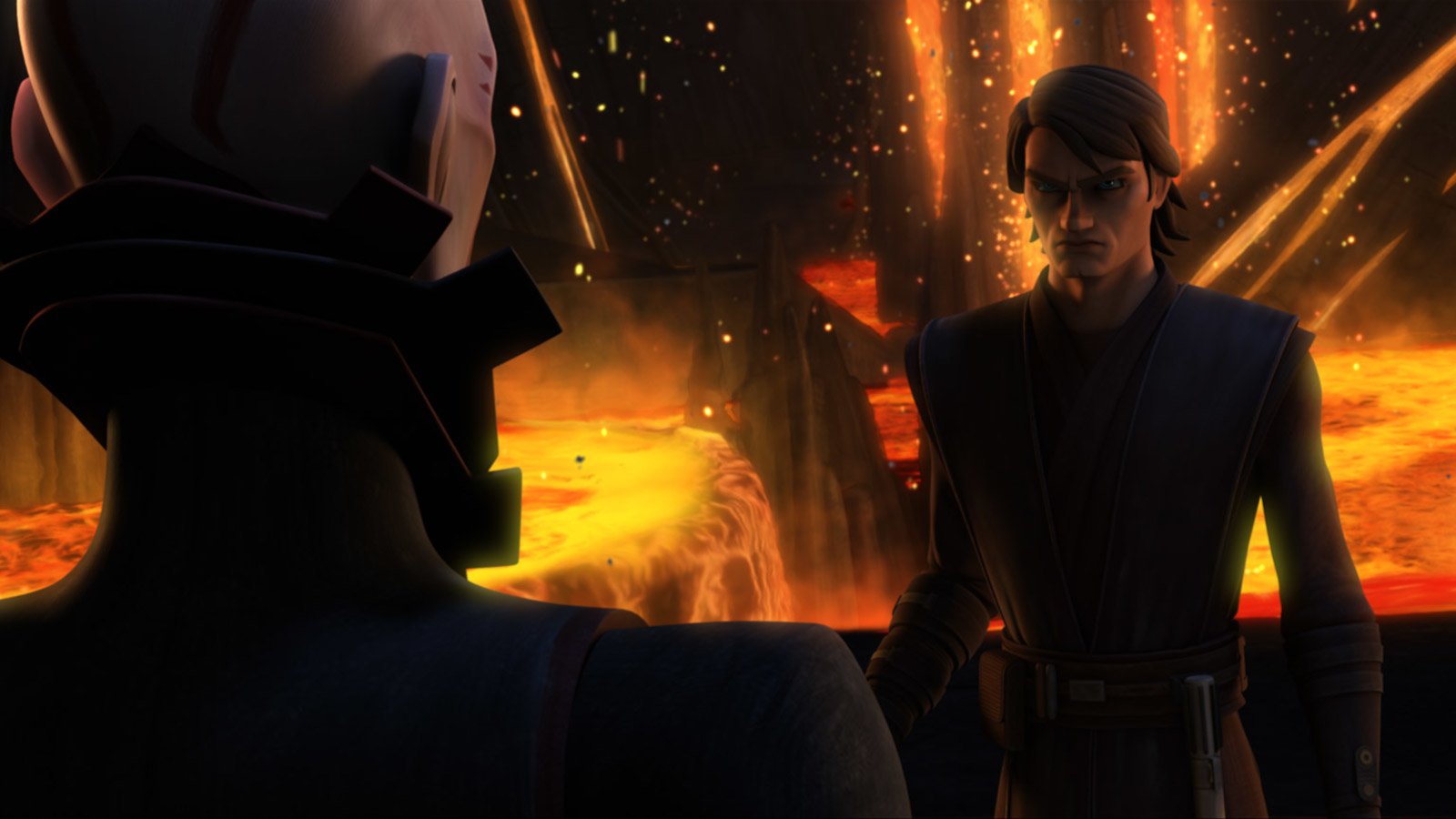 The loss of Anakin to the dark side is a classic example of the dark side of human nature. The Clone Wars gave us an abundance of dramatic irony that adumbrate what’s coming from the future Sith Lord. Anakin might be a Jedi all the way through but that doesn’t excuse him from human fallacies.

His moments of weakness, anger, and pride are crucial for his character. Viewers could sense the approaching dark era for the galaxy and the Jedi Order. Getting wind of the end result might bring more perilousness for the fiction world. But that merely keeps us connected to the story.

In “Mortis” from “Ghosts of Mortis”, we see a glimpse of Anakin’s future character. But who’s destined for the greatest fallout of Anakin’s downfall? The Jedi is nearly exterminated by Palpatine’s manipulation of Anakin. But in the end, who will suffer the most? 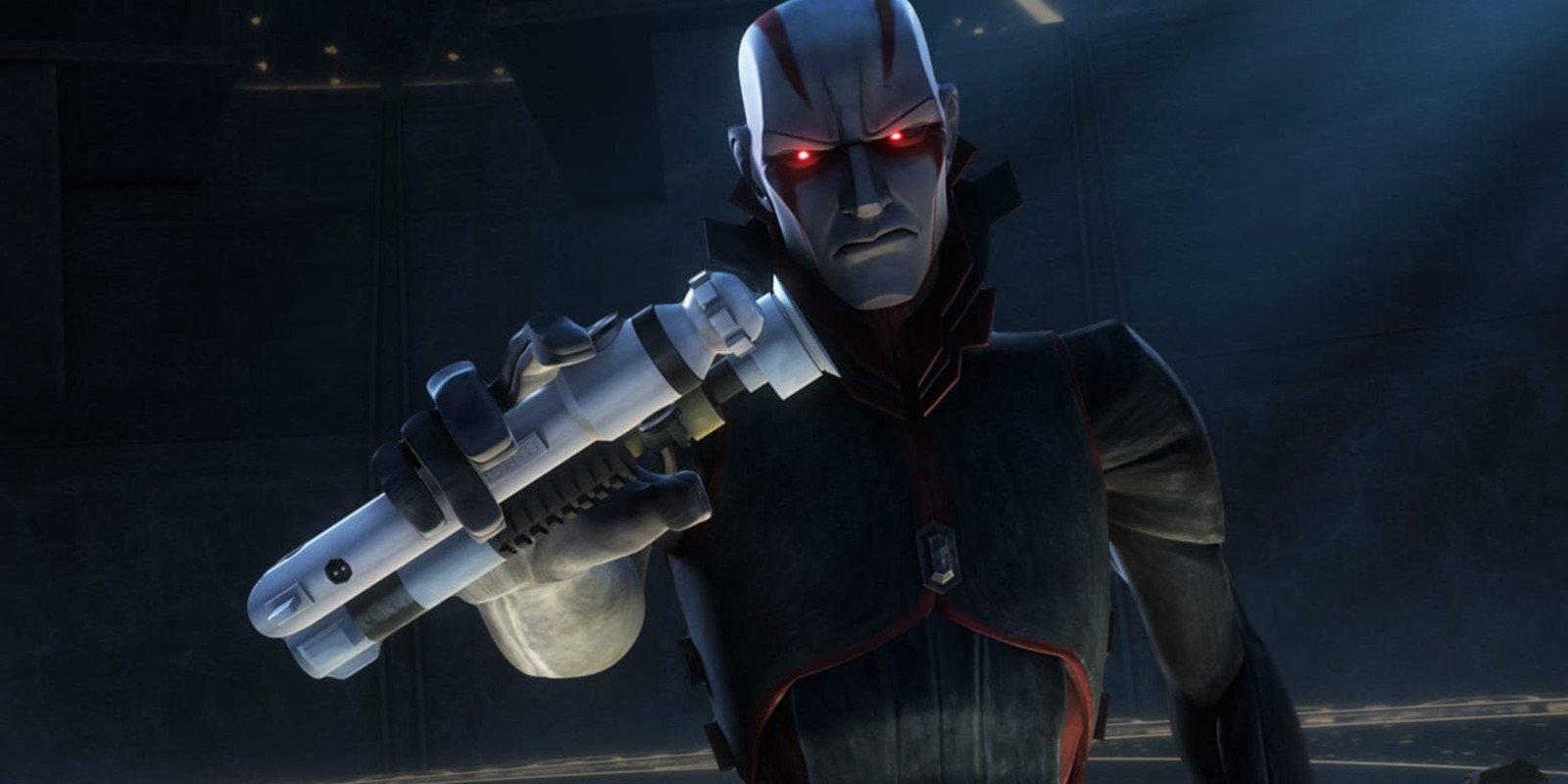 Good or bad, everybody has a story. Sometimes, the best way to understand someone is to go all the way back. In “Slaves of the Republic”, Anakin is one of the ones going undercover on Zygerria to investigate the slavers and bring them to justice.

Anakin’s clear feelings regarding slavery don’t surprise us one bit, given his childhood. His childhood made his personal conflict just that much more intense to watch. His anger was close to its peak.

Are you a fan of The Clone Wars and obsessed with Anakin’s downfall? Tell us what you think down below!