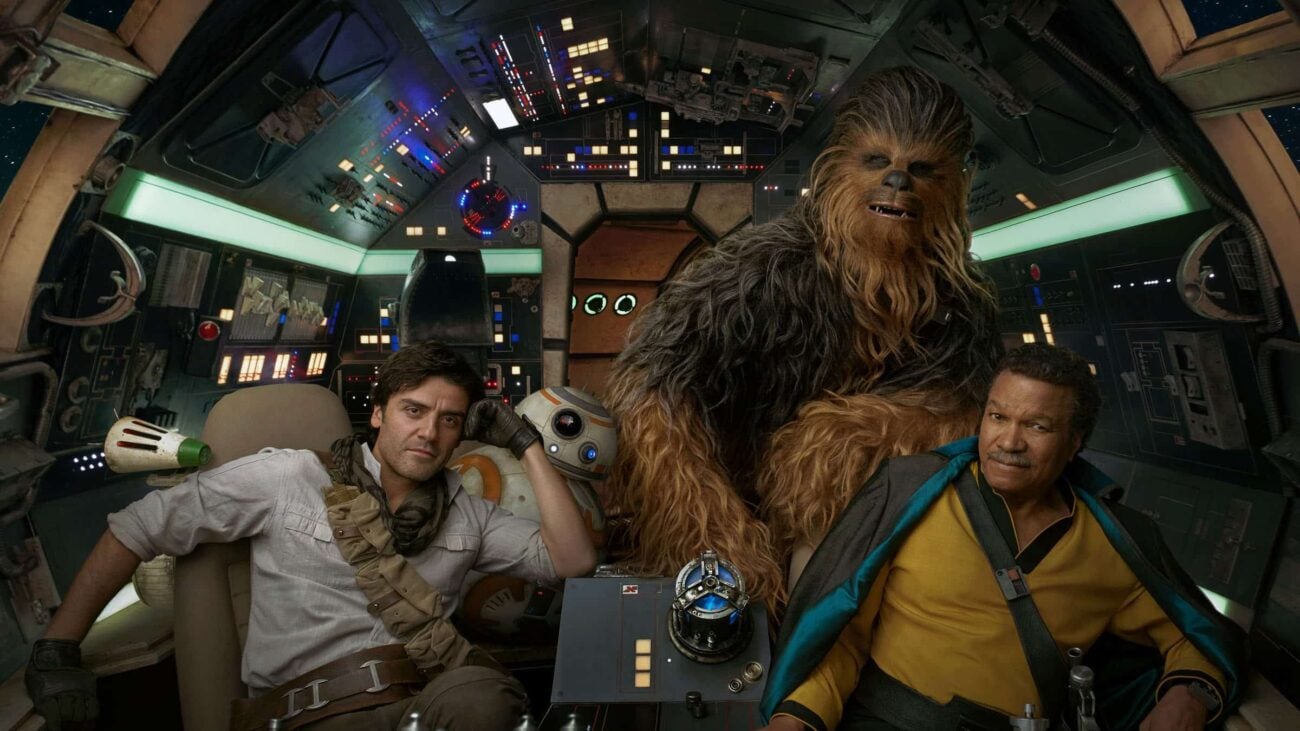 Keep up with the ‘Star Wars’ timeline: Binge these movies and shows

Remember when all we had as Star Wars fans was the original trilogy? The Star Wars timeline has expanded considerably since then, introducing new characters and exploring new corners of the SW universe. This is generally good news for hardcore enthusiassts, but the casual fan can get lost among all the different movies & TV shows. How does it all fit in?

Don’t worry, young padawan! Film Daily is here to walk you through the Star Wars timeline and help you figure out what came first: the midichlorians or the Force. Grab your cloak, make sure your lightsaber is off, and let’s get on the road. 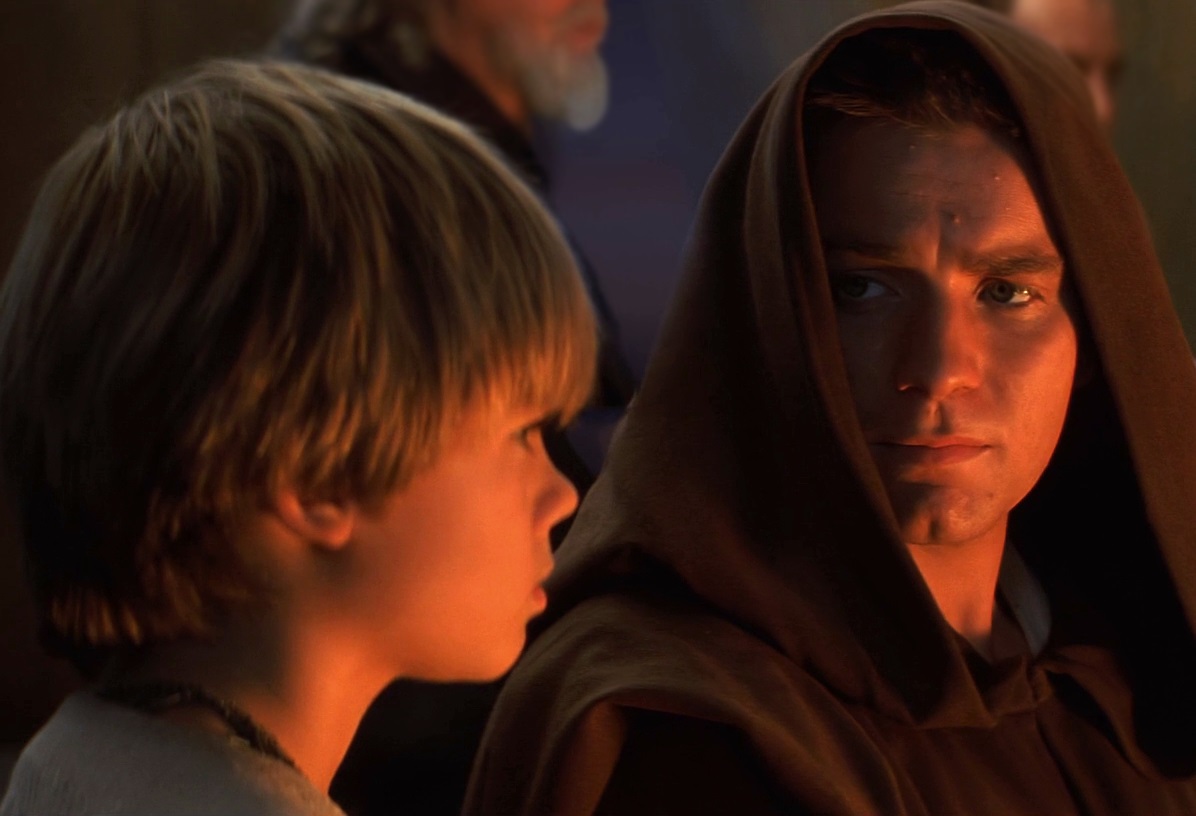 The earliest point in the Star Wars timeline is, so far, the beginning of the prequel trilogy. As Weird Al Yankovic would say, the saga begins with the introduction of young Anakin Skywalker – as he’s taken in by Qui-Gon Jinn, and a reluctant Obi-Wan Kenobi in The Phantom Menace. Next, an older Anakin starts a secret love affair with Queen Padmé Amidala in Attack of the Clones, while the Republic starts to crumble.

We take a break from movies to explore the next three years of conflict between the Galactic Republic and the Confederacy of Independent Systems, all in animated form. The Clone Wars follows Anakin, Obi-Wan, Padmé, Yoda, and Mace Windu in multiple adventures, while also introducing new characters and establishing clone troopers as a new force in the universe.

The prequels segment of the Star Wars timeline comes to a close with Revenge of the Sith. Anakin is completely corrupted by the dark side of the force, Palpatine takes over as Emperor, Obi-Wan & Yoda are forced into exile, and Padmé dies giving birth to the protagonists of the original trilogy. But there’s some other stuff to take care of before we get to Luke & Leia’s journey. 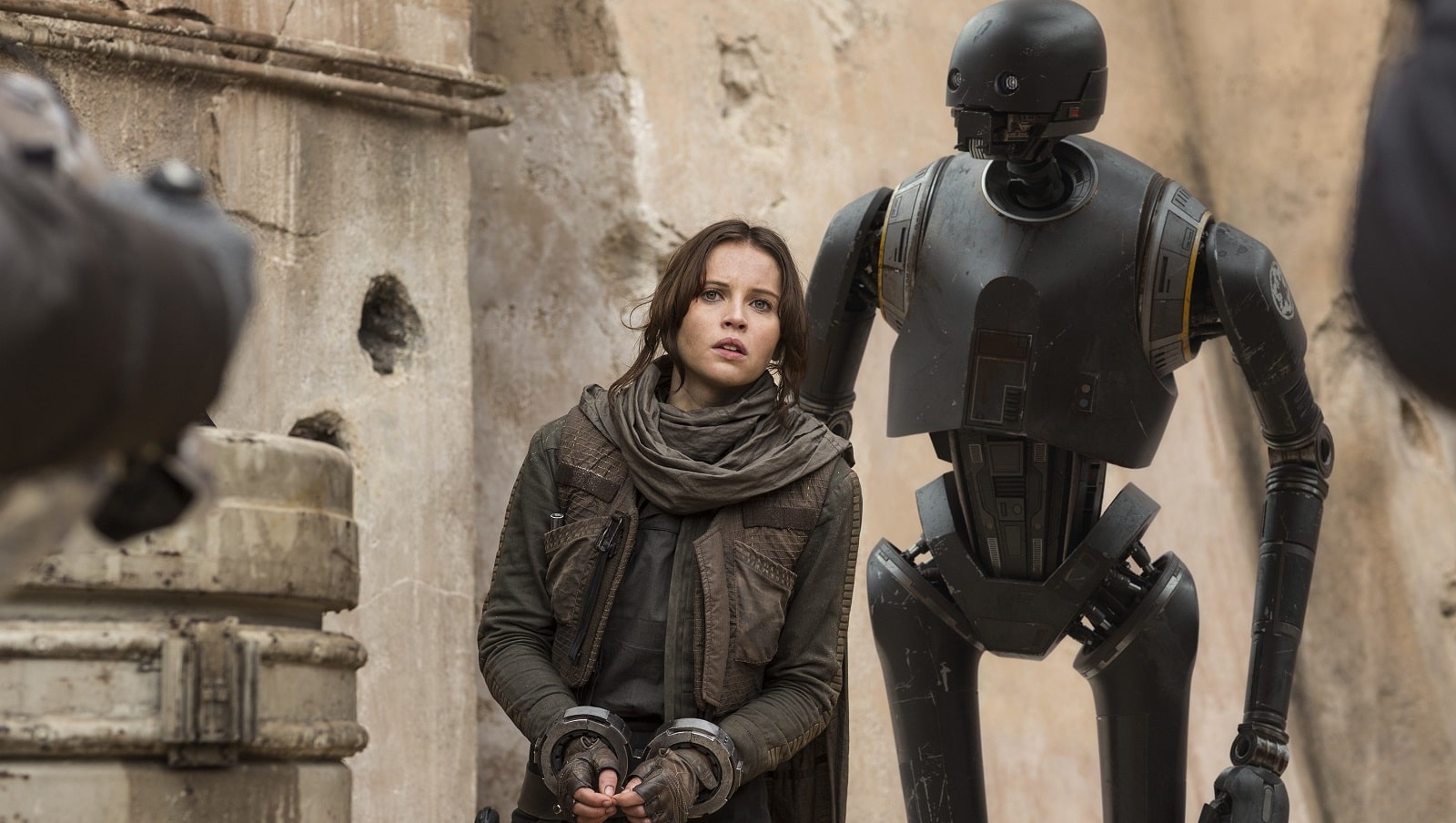 There’s plenty of interesting stuff going on in the Star Wars timeline while the Skywalker twins are growing up. The most recent addition to Star Wars canon, The Bad Batch, picks up some loose threads from The Clone Wars, and follows the adventures of an elite squad of clone troopers with genetic mutations. The new animated show premieres tomorrow as part of the Star Wars Day celebrations.

Elsewhere in the galaxy, a young Han Solo learns you can’t trust anyone in Solo: A Star Wars Story. At the same time, the rebel forces against Palpatine’s empire continue to grow in another animated series: Star Wars Rebels. This all culminates in a major rebel mission as depicted in Rogue One: A Star Wars Story, where rebel forces obtain important intel regarding the Empire’s new weapon, the Death Star. 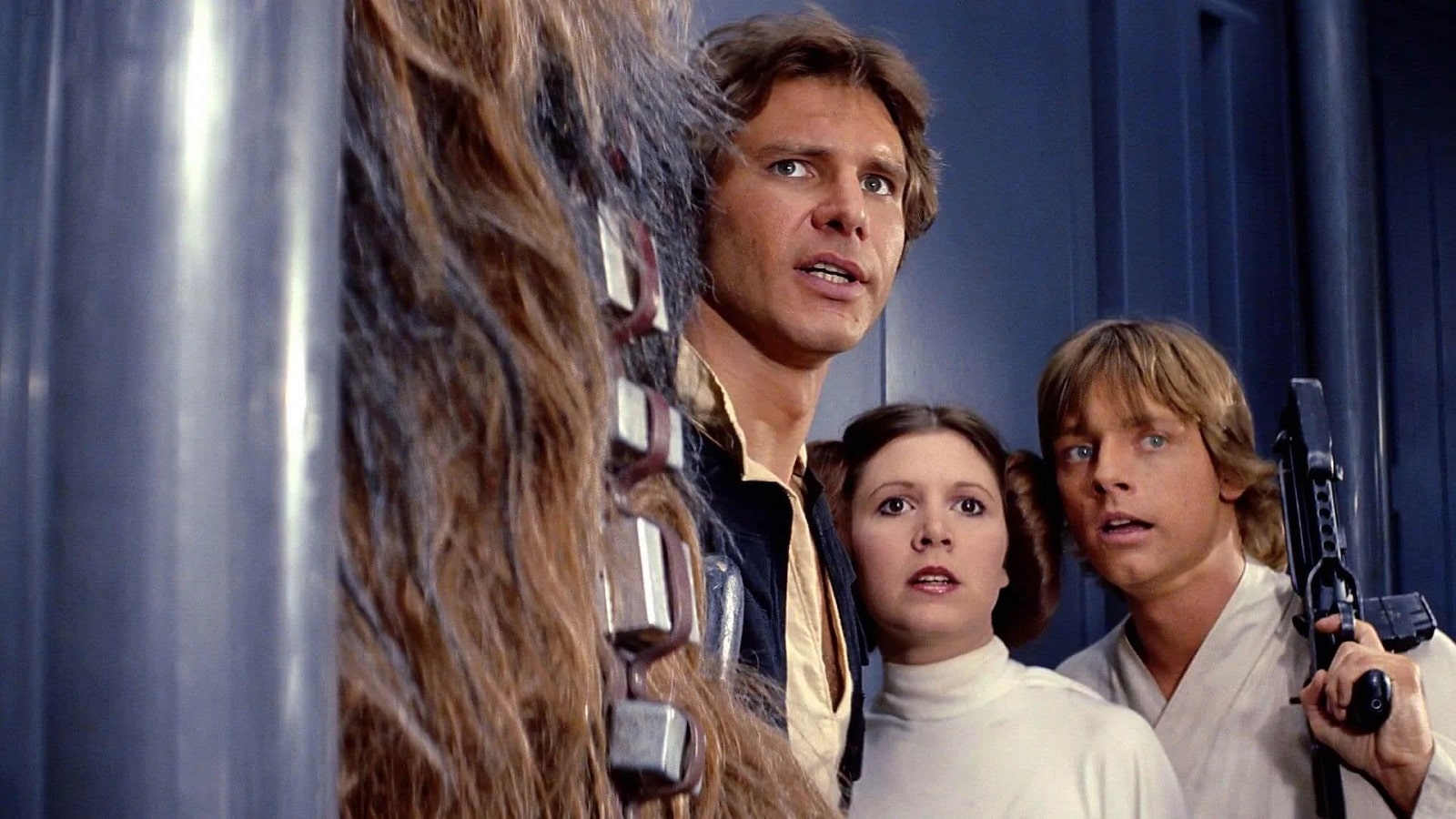 No matter what else happens in the Star Wars timeline going forward (or backwards), the original trilogy will always remain the centerpiece of that galaxy far, far away. The adventures of Luke, Leia, and Han stand on their own, while also reverberating throughout the rest of the franchise.

Through the events in A New Hope, The Empire Strikes Back, and Return of the Jedi, we witness Obi-Wan’s final sacrifice, Anakin’s redemption, and Palpatine’s defeat. We also see Luke become a Jedi master, Leia lead the rebellion to victory, and Han find something to believe in again. Also . . . Ewoks. 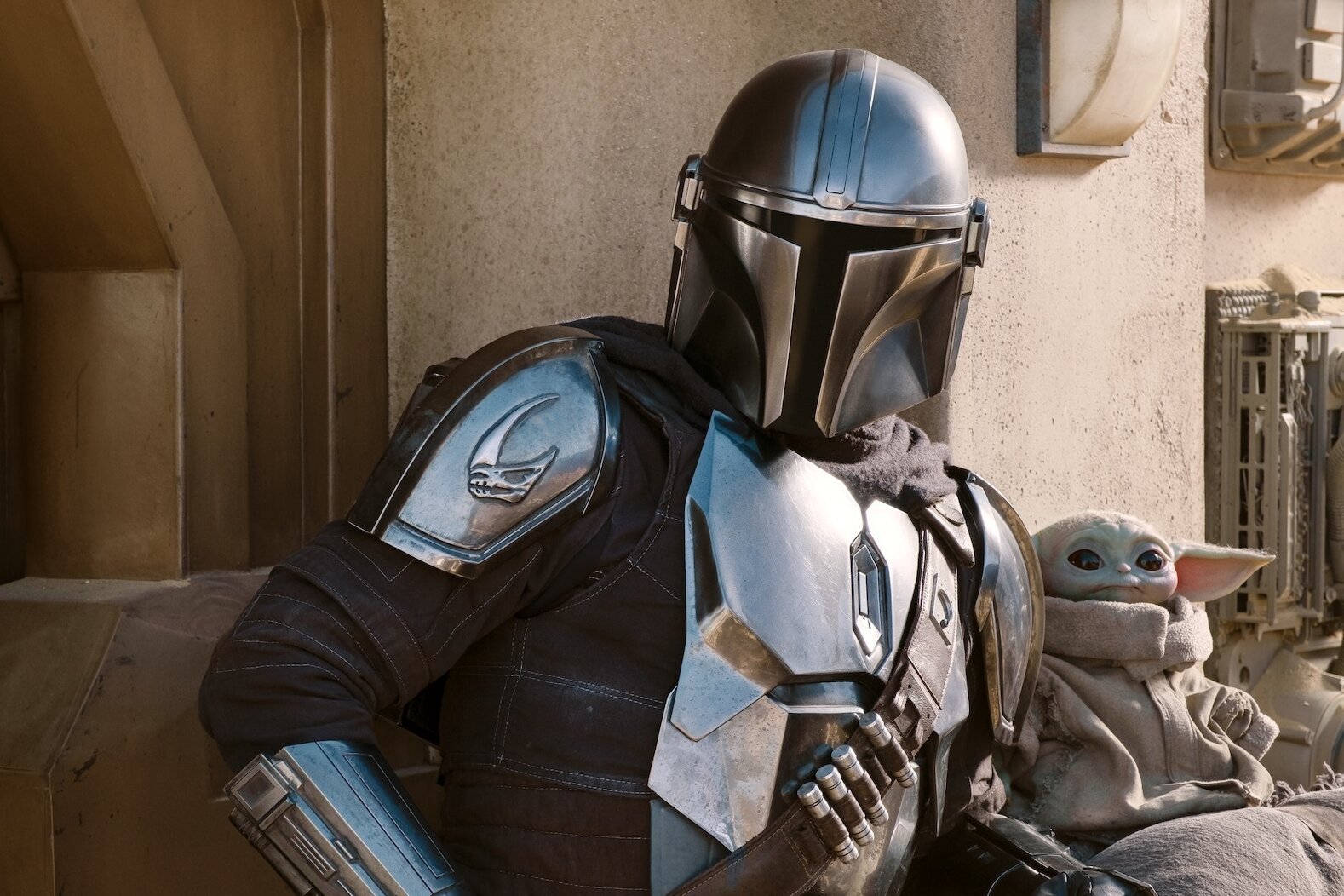 Trouble in the Star Wars timeline doesn’t end with the fall of the Galactic Empire. The road to the next SW trilogy explores a galaxy recovering from decades of Palpatine’s tyranny, and sees the rise of The First Order as the new major antagonists in the franchise.

The Mandalorian gives us a tour of the Star Wars galaxy in the wake of the Empire’s defeat and the establishment of The New Republic. We follow the adventures of a bounty hunter who finds himself as the reluctant protector of an infant Jedi. Yes, that infant Jedi captivated the world and was christened “Baby Yoda” by the fans – even though he’s not actually Yoda (or a baby).

The animated series Star Wars Resistance follows the undercover mission of Kazuda Xiono, a New Republic pilot tasked with spying on the growing threat of the First Order. The show serves as a prelude to the next Star Wars movie and toward the end of its first season it actually crosses over with The Force Awakens. Which leads us to our final segment! 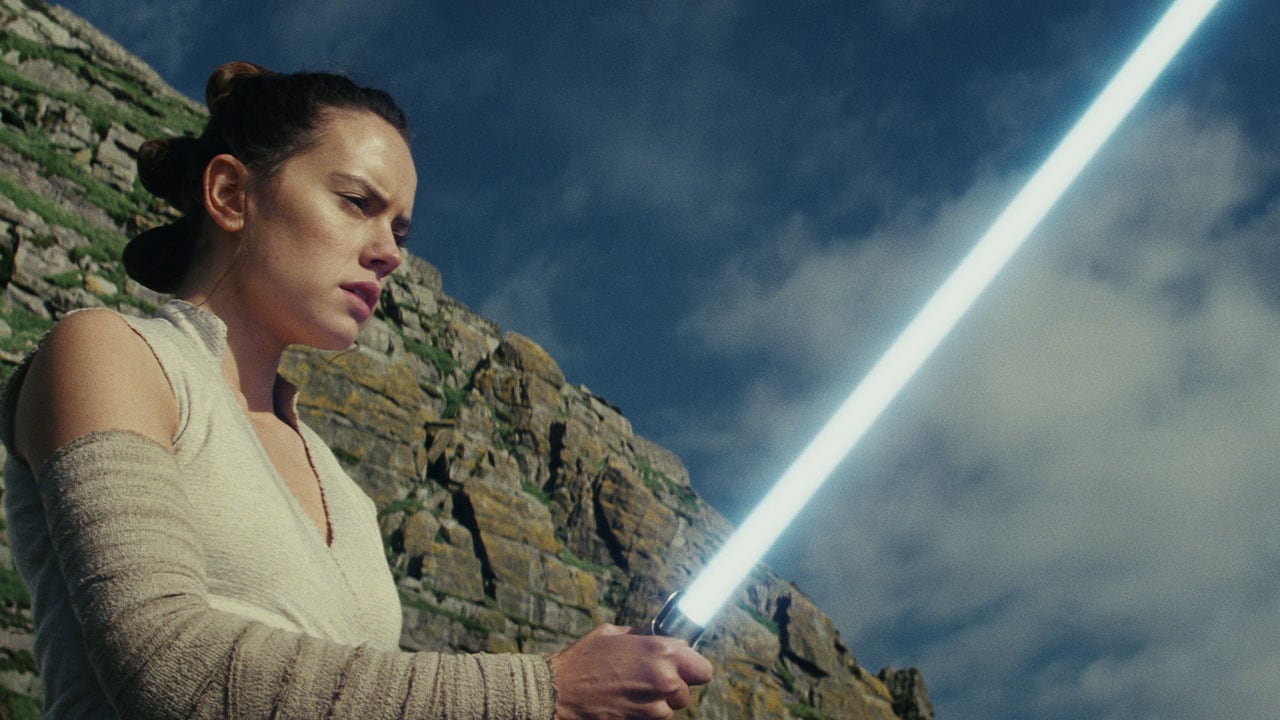 Rey & Kylo, sitting in a tree

And so we arrive at the most recent Star Wars trilogy and the furthest point in the Star Wars timeline . . . for now. The adventures of Rey, Poe, and Finn give us a chance to catch up with several old favorites while introducing us to a new generation of Star Wars characters.

The new trilogy closed the book on Luke, Leia, and Han, giving each of them a final moment in the spotlight. At the same time, we saw the passing of the torch – or rather, a passing of the lightsaber – as Rey became the next big thing in Jedi lore. Poe also took over a mantle or two, as he became a promising New Republic leader. And Finn . . . well, we’ve heard Finn also had an arc. Sure. Maybe you can catch it on a rewatch.

Are you caught up on the Star Wars timeline? Are you ready for the five hundred new additions to the mythology that Disney+ will unleash upon us over the next few years? Let us know in the comments!