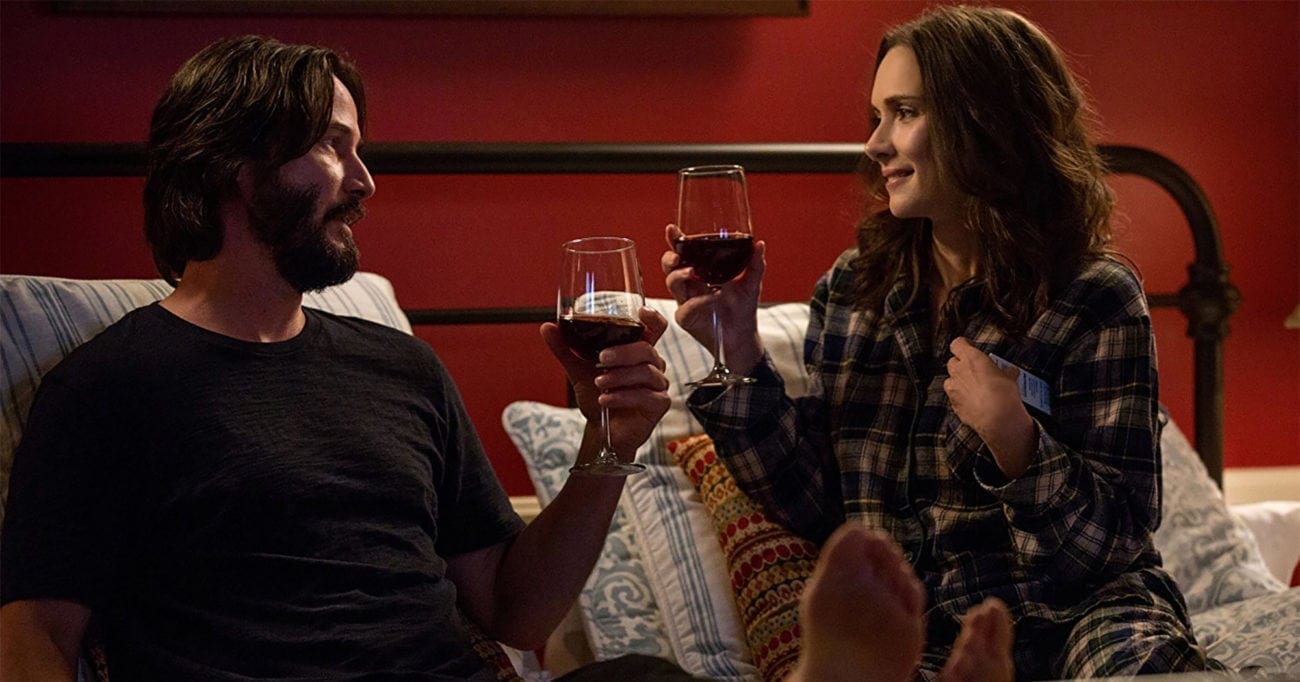 A film described as “the indie romcom every millennial needs” could either be your worst nightmare or your dream come true depending on your stance on romcoms. We’re guessing you’re the latter since you’re reading this post, but even if you’re not and you (pretend you) don’t like romcoms, you might still be interested to know The Year of Spectacular Men is out in theaters right now and is faring well with the critics.

The story centers on Izzy Klein (Madelyn Deutch), a young woman fresh out of college who trikes up and ruins relationships with several men and struggles to navigate the failures of post-college adulthood. As the character attempts to discover herself through these mini love stories, what comes through is a love story between her and her sister, played by real-life sibling Zoey Deutch (Why Him?). Paste Magazine described the film as a “gift”, adding it’s “an unexpected blend of comedic tones and a perfectly bittersweet summertime respite.”

If the mere thought of this movie is making you want to go and bingewatch your collection of 90s-00s romcom DVDs but you already did that last weekend and the thought of Hugh Grant’s face is making you angry, why not check out some of the best romcoms of 2018 so far? We’ve also thrown in a few that aren’t even out yet so you can add the release dates to that secret movie calendar you’ve got hidden in your underpants draw.

If you’re in love with Gillian Jacobs (Community) and you want to enjoy a girls trip to Ibiza without having to get up off the couch, Netflix’s Ibiza might just be the film for you. Jacobs, Michaela Watkins (Wanderlust), and Phoebe Robinson (I Love Dick) star as a group of friends who go to Ibiza to seek out a hot DJ who Jacobs is totally looking to bone. Why else does anyone go to Ibiza?

“Can Netflix’s Set It Up help revive the romantic comedy?” was a question many asked about Claire Scanlon’s recent romcom offering. Probably not, but it can provide you with an easy way to kill 90 minutes while chuffing a bag of popcorn and wearing a onesie. Also starring Zoey Deutch alongside Glen Powell (Hidden Figures), the pair play two corporate executive assistants who hatch a plan to match-make their two bosses (played by Lucy Liu and Taye Diggs).

Described as a “gamechanger for representation” in the romcom genre, Jon M. Chu’s Crazy Rich Asians sees Rachel Chu (Constance Wu) following bae Nick Young to Singapore to meet his family. Little does she know he’s quite literally the richest dude in the whole country, but now she’s got to overcome the culture clash ignited by a family matriarch that disapproves of her roots. Yikes!

Here we go again, folks! Like it or loathe it, Mama Mia! is one of the most successful musical romcoms in the history of cinema and it begged for a sequel if only for the title opportunity alone. Mama Mia! Here We Go Again will be dropping in theaters later in July with a pregnant Sophie who finds out more about her mother’s past while seeking guidance on how to handle her pregnancy.

Love, Simon dropped earlier this year to outstanding reviews, centering on a 17-year-old (Nick Robinson) who’s yet to tell his family or friends he’s gay. Oh yeah, and he doesn’t actually know the identity of the anonymous classmate he’s fallen for online. Resolving both issues proves hilarious, terrifying, and life-changing. A romcom covering coming-out and coming-of-age with mainstream appeal, The Guardian described Love, Simon as “a landmark in LGBTQ cinema.”

Definitely ones for indie film lovers who pretend they hate romcoms but actually secretly love them, Jason James’s Entanglement gives you the best of both worlds. While recovering from a suicide attempt, Ben Layton (Thomas Middleditch) forms a romance with a woman named Hanna (Jess Weixler) after discovering through various means that they could have almost ended up siblings . . . and then things start to get really weird. Ben soon realizes that everything is incredibly connected – and that the world might just be more inexplicable than he ever imagined.

Another film that’s been hailed the “revival of the romcom” but is more likely a couple of hours of satisfying entertainment, Juliet, Naked is a feel-food adaptation of the Nick Hornby novel starring Ethan Hawke (Training Day), Rose Byrne (Insidious), and Chris O’Dowd (The Sapphires). The story is one of love, music, and fan worship, about a bizarre love triangle that forms between a couple and an elusive rocker.

Destination Wedding is about two sardonic wedding guests (Winona Ryder and Keanu Reeves) who meet and develop a mutual affection for each other, which kinda sounds a similar beat to Four Weddings and a Funeral. But as we’ve established, no more Hugh Grant – hopefully Reeves makes a good replacement.