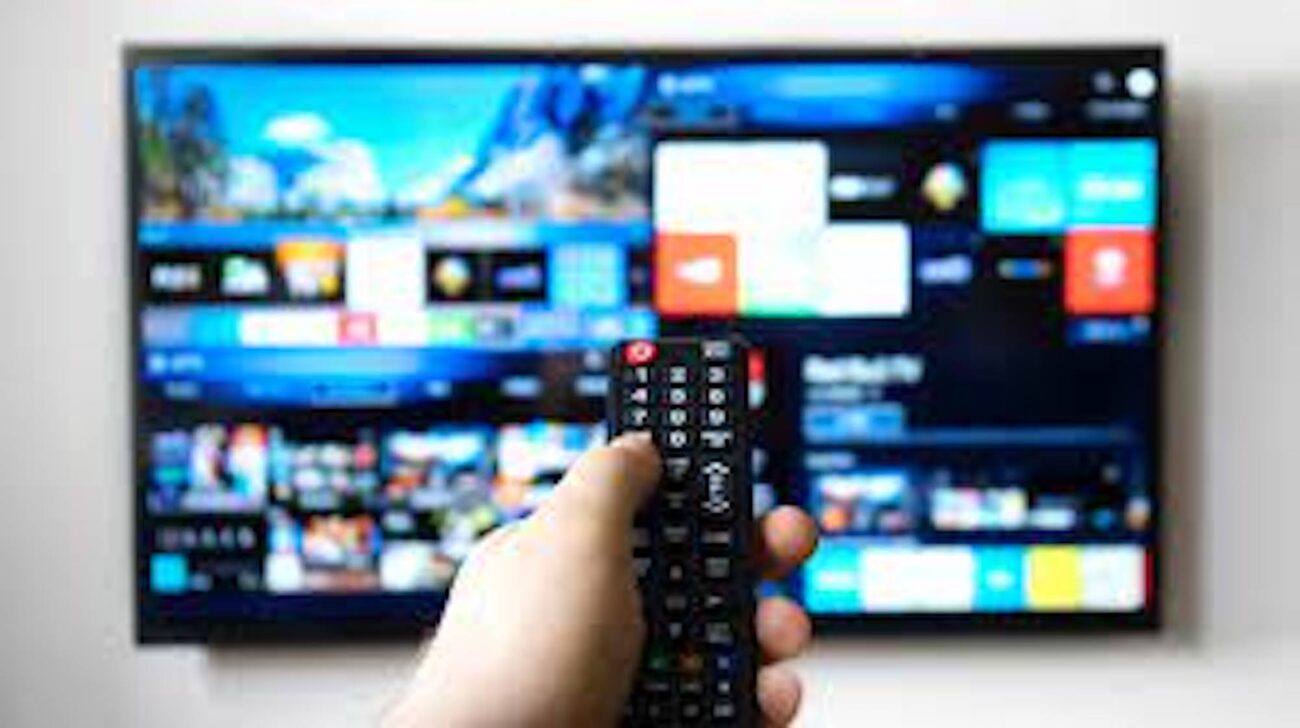 If you’re a fan of adult animated comedies, it’s a good time to be alive. Never before have so many streaming services and TV channels offered such variety when it comes to this genre. Because animation technology has evolved so much over the years, the creativity shown in animated shows is boundless.

We’ve listed down some of the most iconic adult animated TV shows, from dark humor to feminist plots, from family viewing to crass characters. Choose your pick. 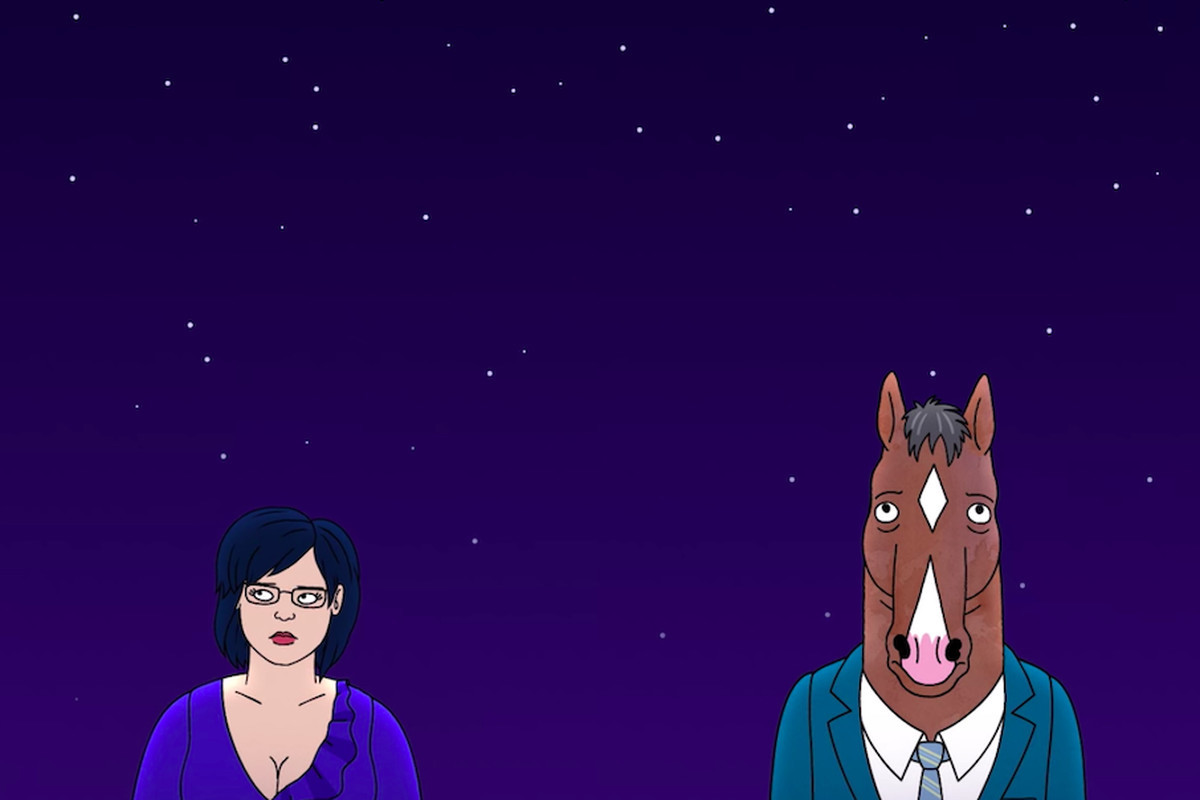 But the show also brings layers & layers of insights through the other characters, who are equally, if not more, complicated as Bojack himself. A show that’s bound to make you cry as much as it’ll make you laugh, Bojack Horseman can drown you in dark jokes in the same breath as it makes a serious commentary about mental health, life, love, loss, trauma, and other heavy themes.

Never before was Hollywood given a satirized dose of its own medicine. Watch it for the running gags & hidden jokes. The whole fandom is busy pointing those out. 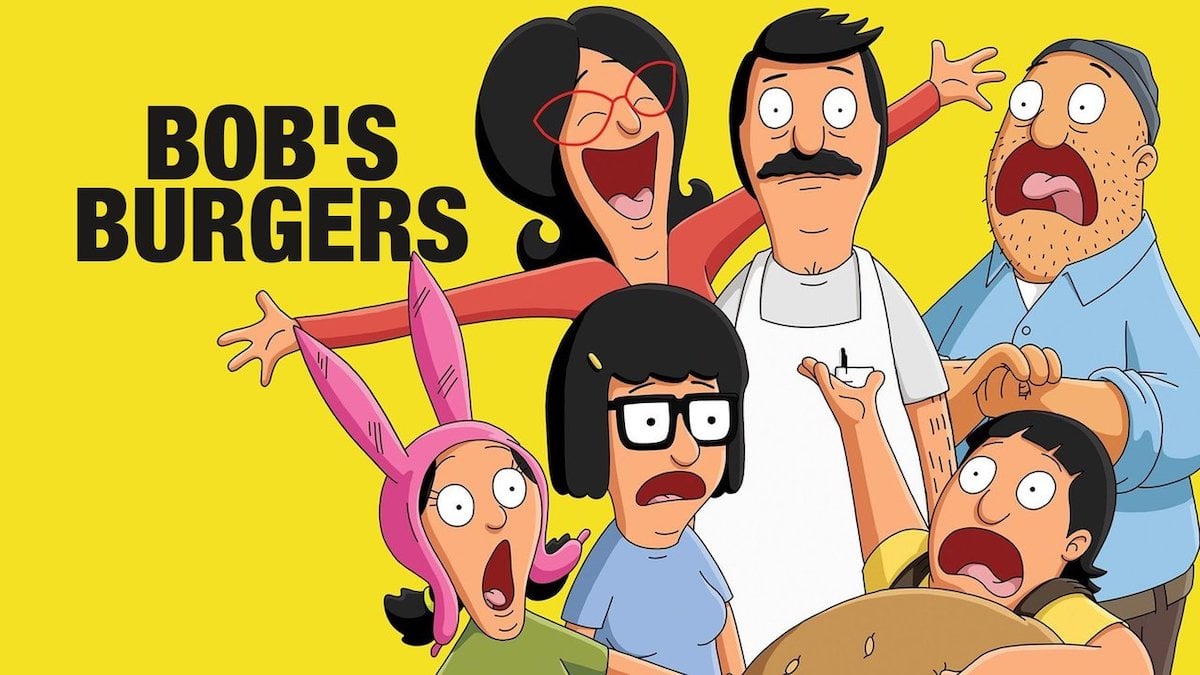 Do you think a quirky cartoon comedy is your jam, but you don’t want to think too much about it after? Bob’s Burgers is the pick for you. Bob runs a restaurant with his wife & children, and his life is punctuated by hilarious bouts of competition with another restaurant, some musical sequences, and our protagonist losing his temper at the slightest provocation. 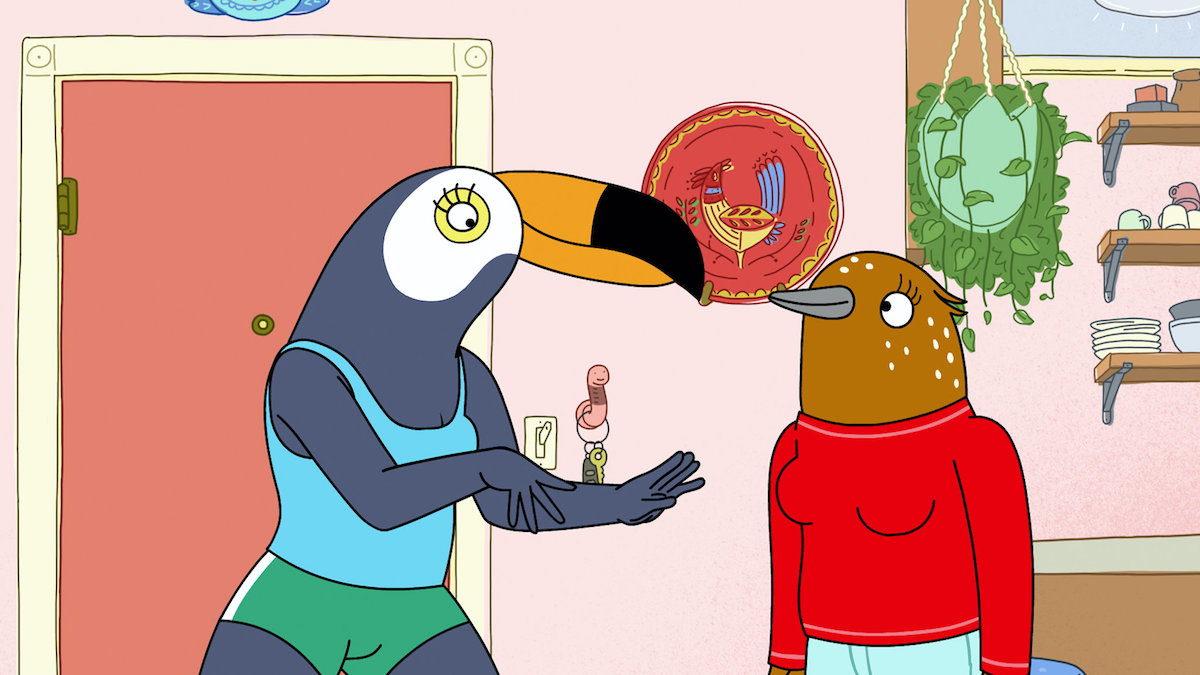 If you liked Bojack Horseman, the team brings you another dark humor animation in the form of the story of two best friends. Anthropomorphic animals are creator Lisa Hanawalt’s favorite, clearly, and she infuses so much personality into her quirky protagonists that it’s hard not to like them after you’ve warmed up to them.

Tuca is a reckless creature, while Bertie is responsibly trying to deal with her issues head-on in therapy. Both the friends couldn’t be any different, but that’s what makes them stick. Bertie’s boyfriend Speckle is definitely the most endearing character in the adult animation universe, so watch out for him being adorable & caring.

Tuca & Bertie was actually canceled by Netflix in what came as a shock to many fans of the show. Adult Swim later renewed it for a second season, and now Ali Wong & Tiffany Haddish will be returning as the birds for Season 3. 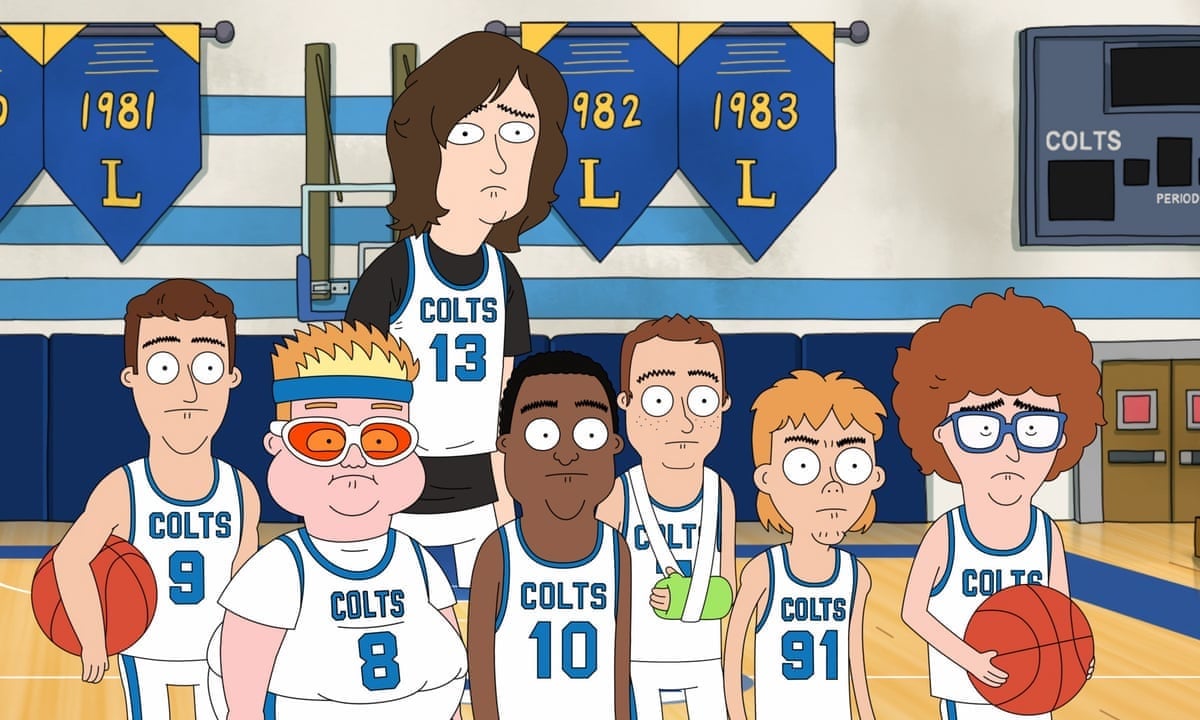 Granted, a large number of Hoops fans were basically Jake Johnson’s fans after his impeccable depiction of the slob Nick Miller in New Girl, but the fans of Hoops soon extended beyond that. It isn’t hard to see why, though. Hoops follows Ben Hopkins, a crass, foul-mouthed basketball coach who wants his high school students to dream big. The problem is that it’s all talk & no walk because the team is…terrible. 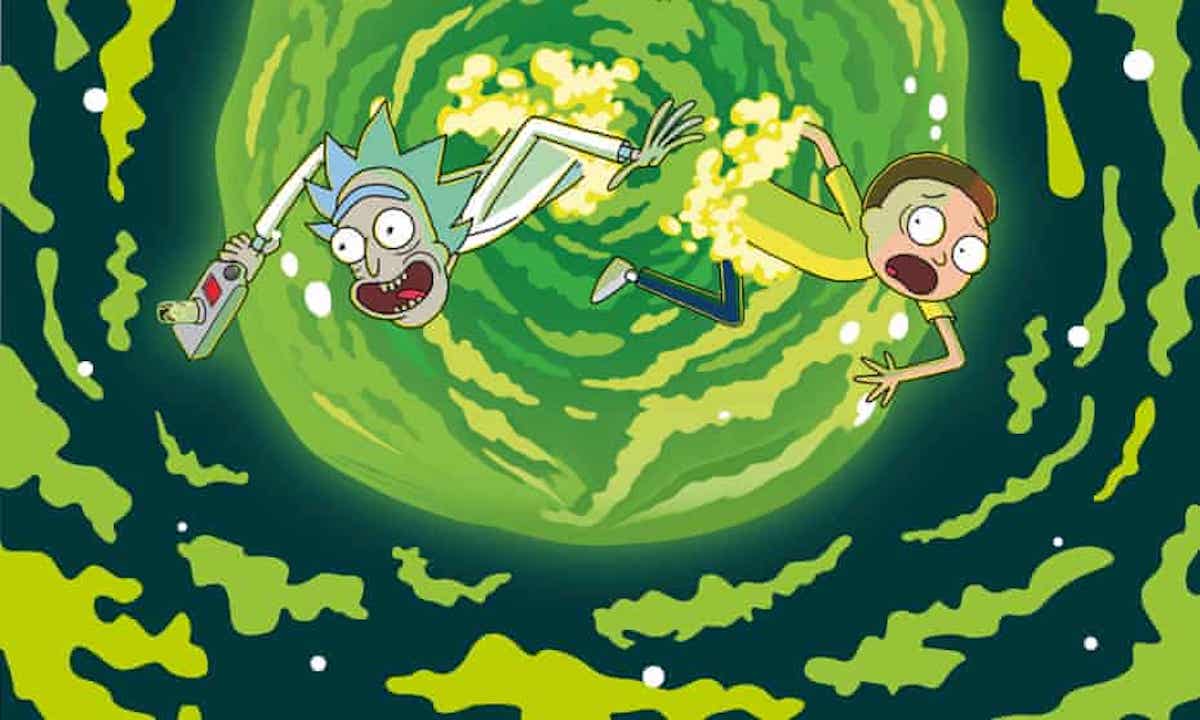 The current zeitgeist of adult animations has been changed irrevocably by Rick & Morty, the story of a genius scientist & his grandson’s misadventures, that have supplied multiple catchphrases to us. Science intertwines with imagination & recklessness in a hilarious fashion in this must-watch series.