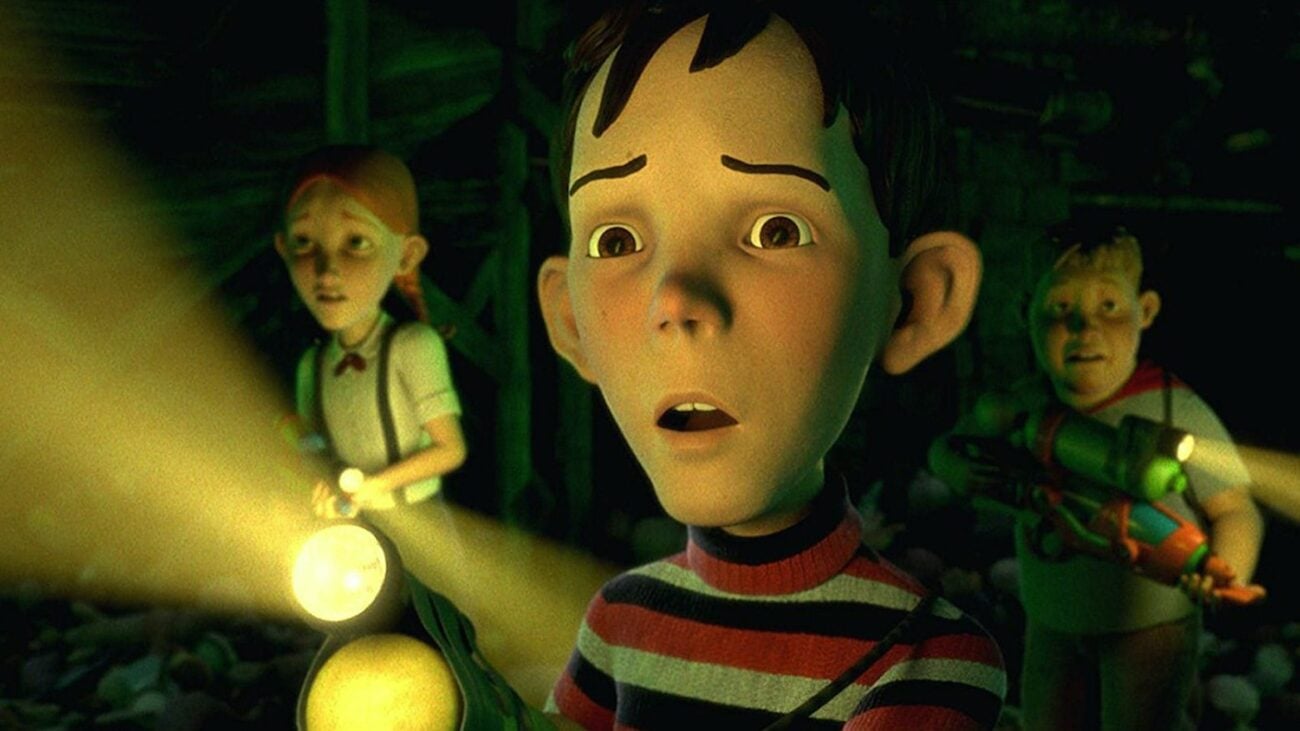 Released in 2006 and currently available on Netflix, Monster House is an influential work on animated Halloween movies. Co-written by Community & Rick and Morty creator Dan Harmon, the film was Gil Kenan’s directorial debut. Monster House was also made with the help of two Hollywood giants’ production companies.

Both Steven Spielberg’s Amblin Entertainment & Robert Zemeckis’ ImageMovers had their hands on the production of Monster House. The film also boasts a stellar voice cast, with names like Steve Buscemi, Maggie Gyllenhaal, and Kevin James on the bill. Even though the movie is computer animated, it is stylized to look like claymation. 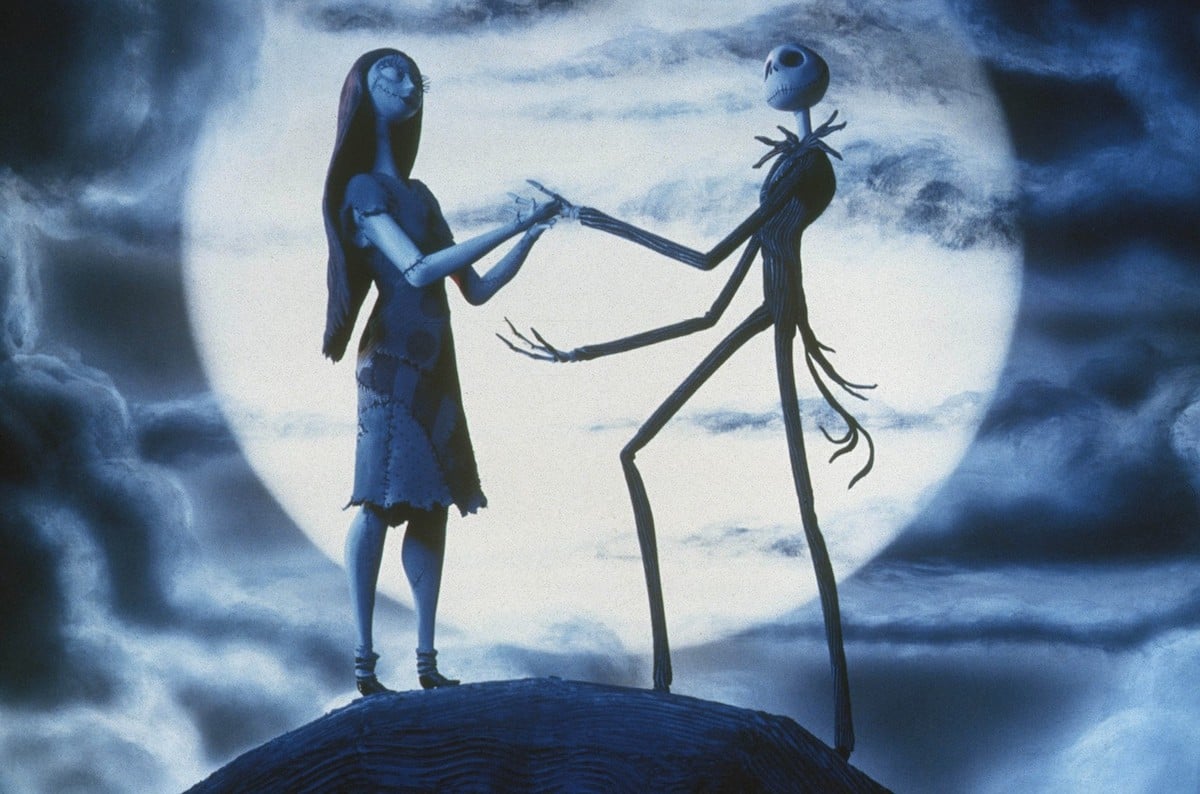 Tim Burton is perhaps the godfather of animated Halloween movies. Burton got his start in the entertainment industry as an animator for Walt Disney Productions, working on films such as The Fox and the Hound & The Black Cauldron. Burton incorporated elements of animation as a director of feature films, such as the sand worms in 1988’s Beetlejuice.

Burton worked as a producer & writer on the 1993 stop-motion film The Nightmare Before Christmas. Even though Tim Burton did not direct this feature, the movie still has his signature gothic style. While many consider Nightmare a Christmas film for obvious reasons, it still falls into the category of animated Halloween movies.

The Nightmare Before Christmas follows Jack Skellington, the “Pumpkin King” of Halloween Town. Jack helps organize the yearly Halloween festivities, yet is bored of the repetitive nature of his duties. One day, Skellington encounters Christmas Town and becomes obsessed with its customs. Nightmare is a must-watch for both Halloween & Christmas. 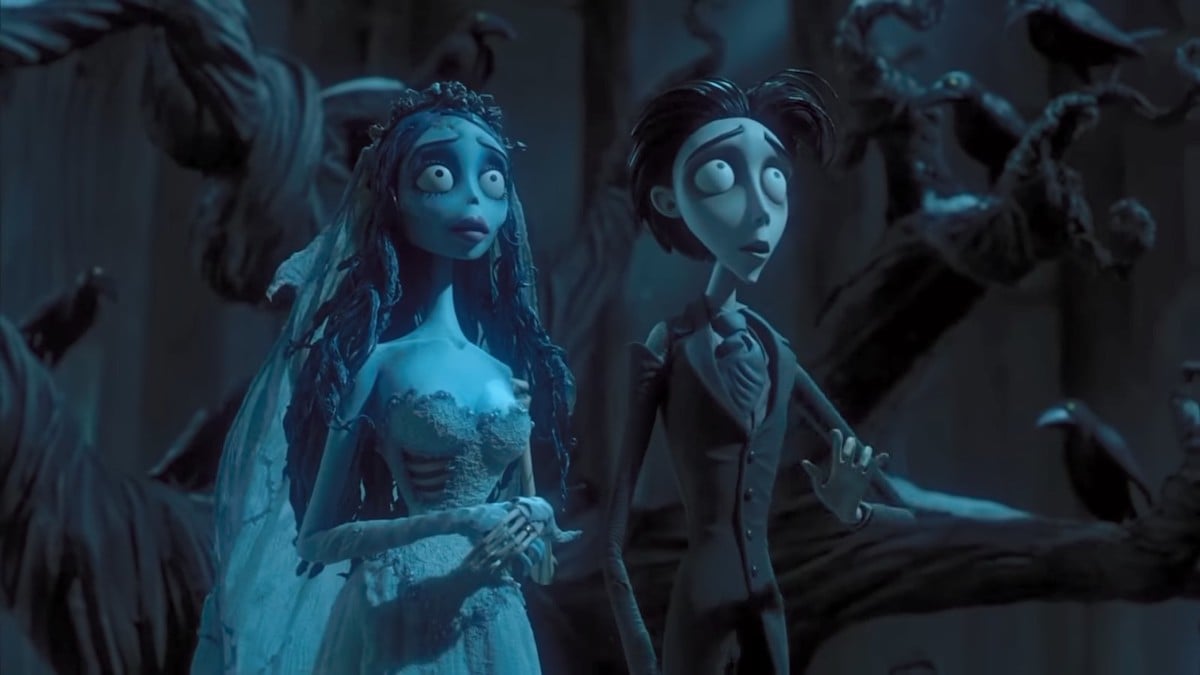 Another one of Tim Burton’s iconic animated Halloween movies is Corpse Bride. Released the year before Monster House, Corpse Bride features Johnny Depp & Helena Bonham Carter as voice actors. The film follows the unexpected love story of Victor and a dead woman named Emily. Will their love last, or will Victor be forced to marry someone else?

Last but not least, there is Burton’s 2012 film Frankenweenie. Based on a short film Burton made in 1984, Frankenweenie follows the story of Victor Frankenstein as he uses electricity to bring his dog Sparky back to life. The film made history as being the first black-and-white & stop-motion film to be released in IMAX 3D. 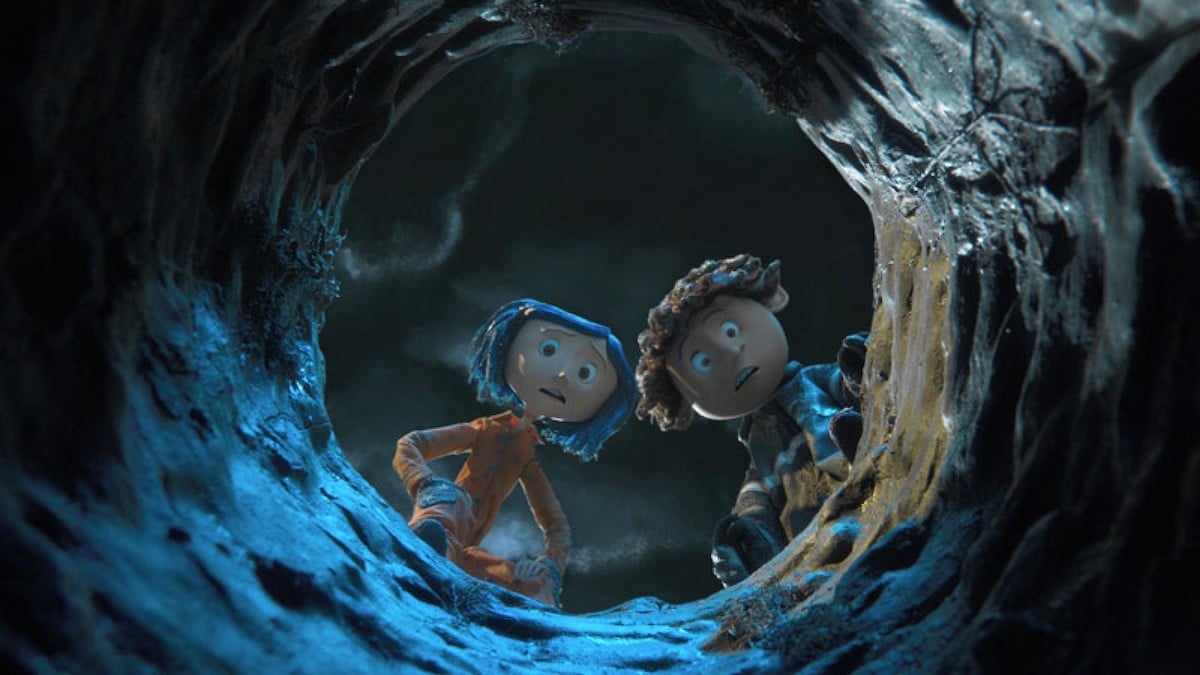 While animated Halloween movies owe a lot to Tim Burton’s work, there are plenty of other quality films in the genre. Coraline is a popular pick, as it is the third highest-grossing stop-motion film of all time. Originally released in 2009, the film is based on Neil Gaiman’s story of the same name. Coraline has gained cult status in recent years thanks to its spooky aesthetic which is perfect for Halloween.

Coraline stars Dakota Fanning as the voice of Coraline Jones, a young girl who moves into an aging mansion called The Pink Palace with her parents. Coraline suffers from boredom as her parents are busy with work. She meets a boy called Wylie who gives her a creepy ragdoll. Coraline soon discovers that there is more to her new home than meets the eye. 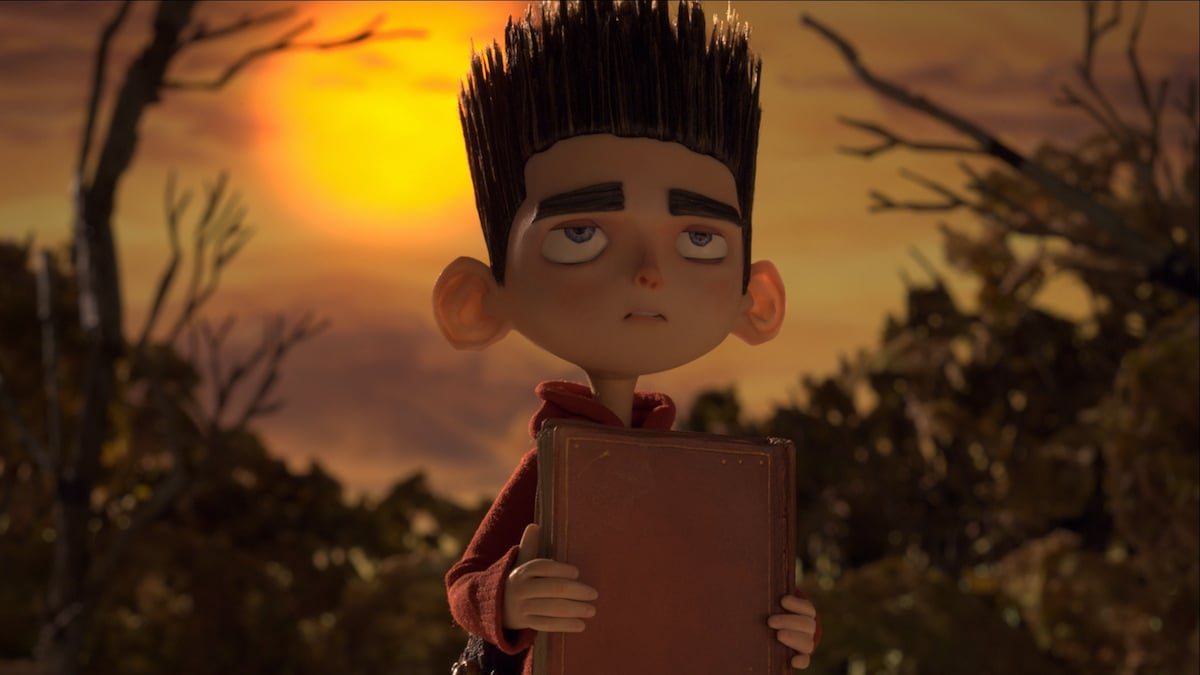 Another film that falls into the stop-motion category of animated Halloween movies is ParaNorman. Available to stream on Netflix, the film was released in 2012 and stars the voices of Anna Kendrick, Casey Affleck, Christopher Mintz-Plasse, and Leslie Mann. ParaNorman chronicles the story of the titular character Norman Babcock, voiced by Kodi Smit-McPhee.

Norman lives in the fictional town of Blithe Hollow, Massachusetts and is able to see and commune with deceased spirits. Norman has a vision of the town’s demise at the hands of zombies and attempts to warn his fellow citizens. Everyone including his family thinks he’s crazy. However, Norman and his friends end up being the only thing that can save their town from certain doom. 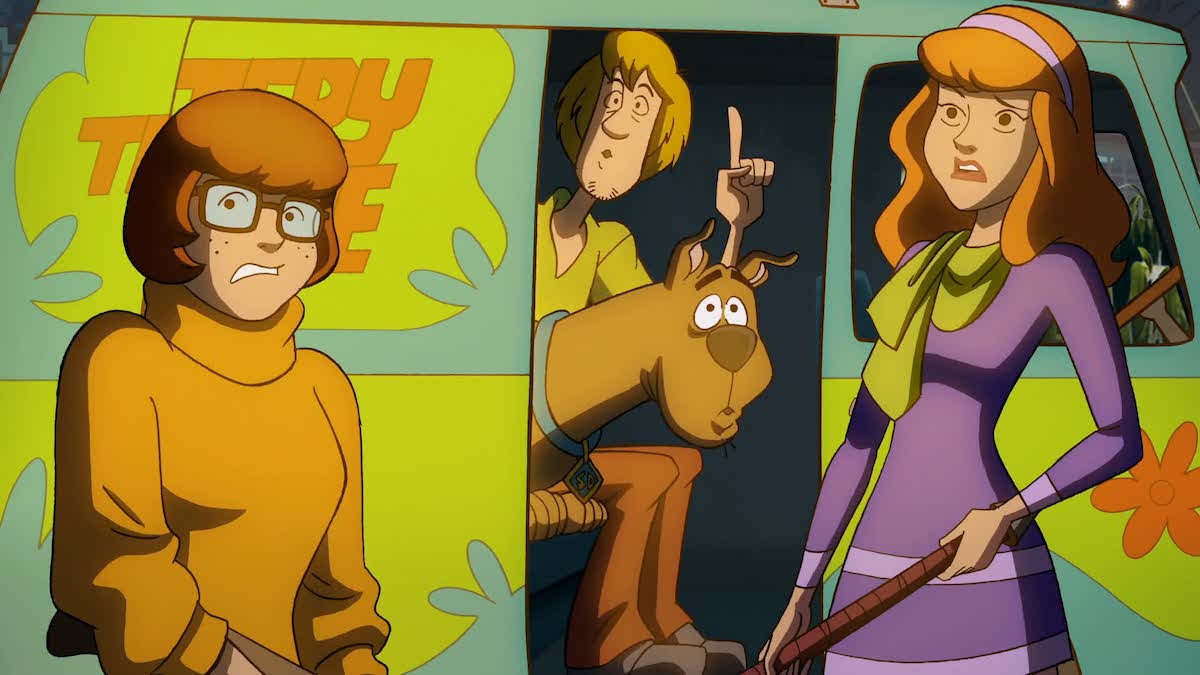 The Scooby-Doo! franchise is a classic option for Halloween animation. Just last year, Hanna-Barbera & Warner Brothers released Happy Halloween, Scooby-Doo! The film follows Scoob and the gang as they combat a force of evil pumpkins brought to life by toxic slime. The crew has to team up with none other than celebrity scientist Bill Nye to stop the catastrophe. Zoinks!

Another Scooby-Doo! movie to watch for Halloween is Scooby-Doo! and the Goblin King. Available for viewing on HBO Max, this tale follows the gang to a Halloween carnival. Things get extra spooky when they encounter the Goblin King, voiced by Rocky Horror Picture Show icon Tim Curry. Will those meddling kids be able to escape his wrath? Watch to find out. 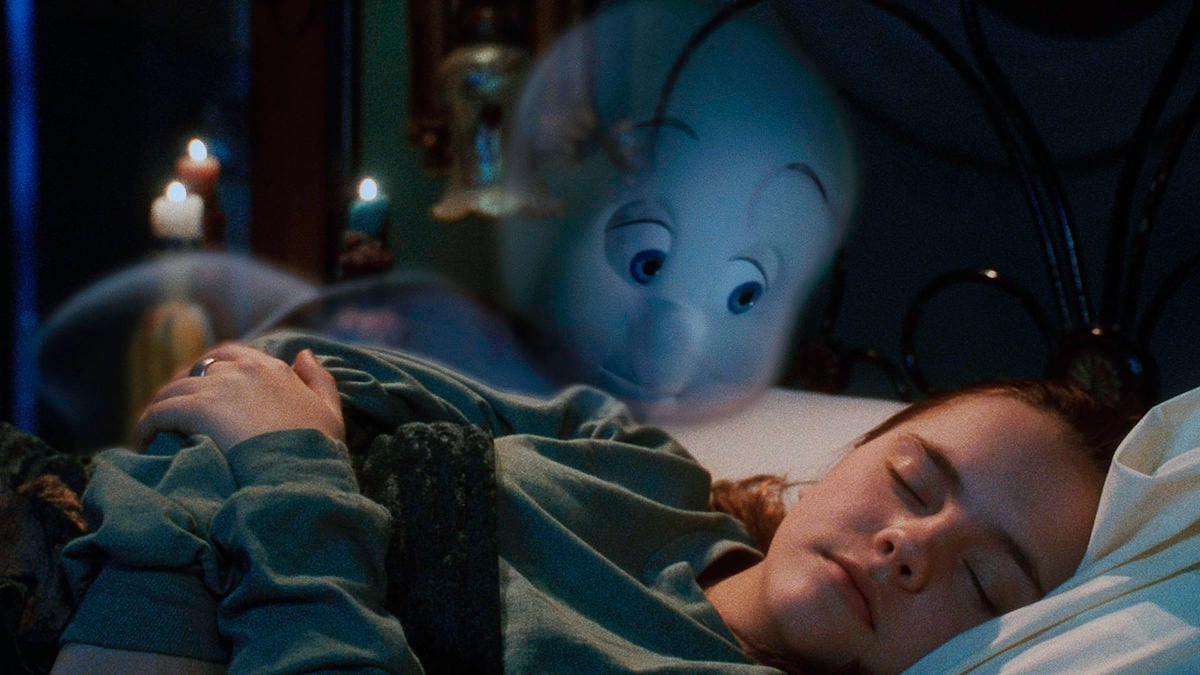 An animated Halloween movie that is fun for all ages is 1995’s Casper. Produced by Spielberg’s Amblin Entertainment, the film stars the friendly ghost we all know and love. The film features Christina Ricci & Bill Pullman and is directed by Brad Silberling. While the mid-90s animation may not hold up, Casper is still quality family entertainment.

Pullman plays a paranormal investigator who goes to a mansion in Maine to commune with the dead. His teenage daughter Kat, played by Ricci, comes with him. Kat & Casper quickly develop a relationship. However, things are threatened when members of Casper’s family come into the equation. Casper is available to watch with a subscription to Hulu.

While Monster House is a great animated option to satisfy your Halloween cravings, there are plenty of more films in the genre to watch. What is your favorite animated Halloween movie? Let us know in the comments! 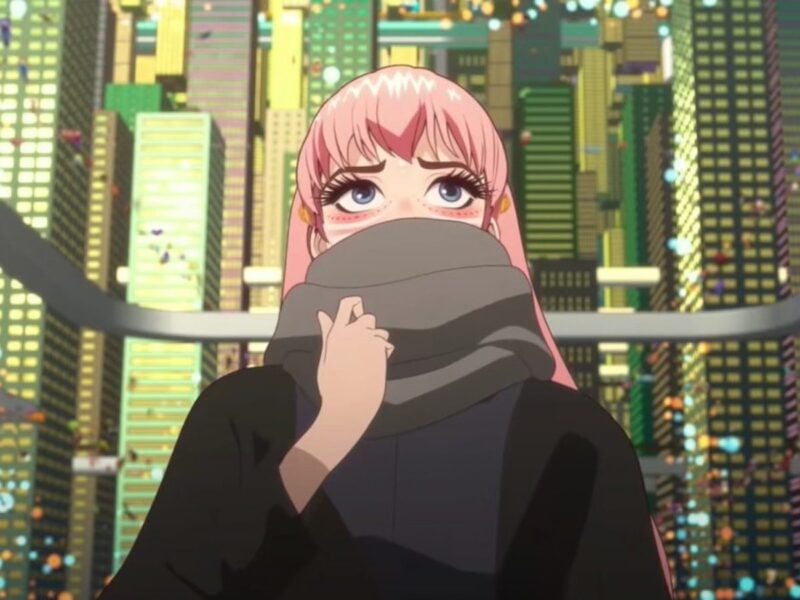 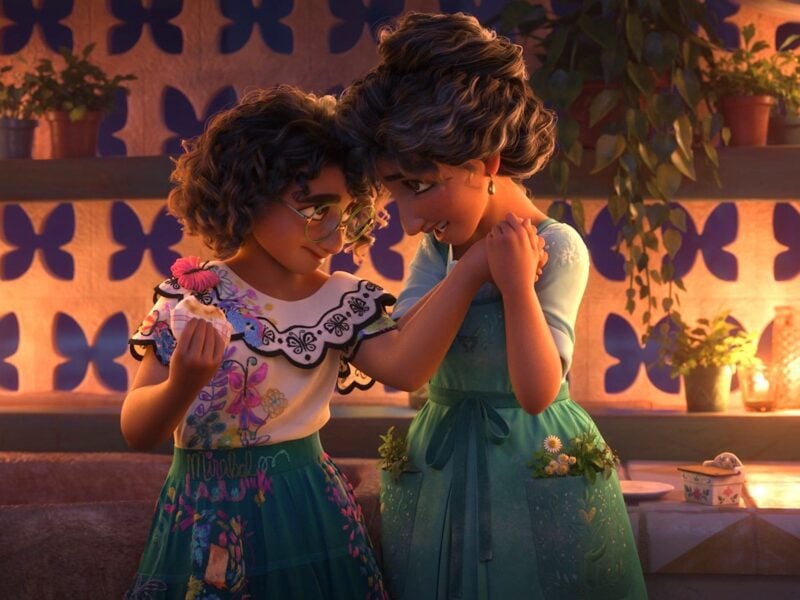 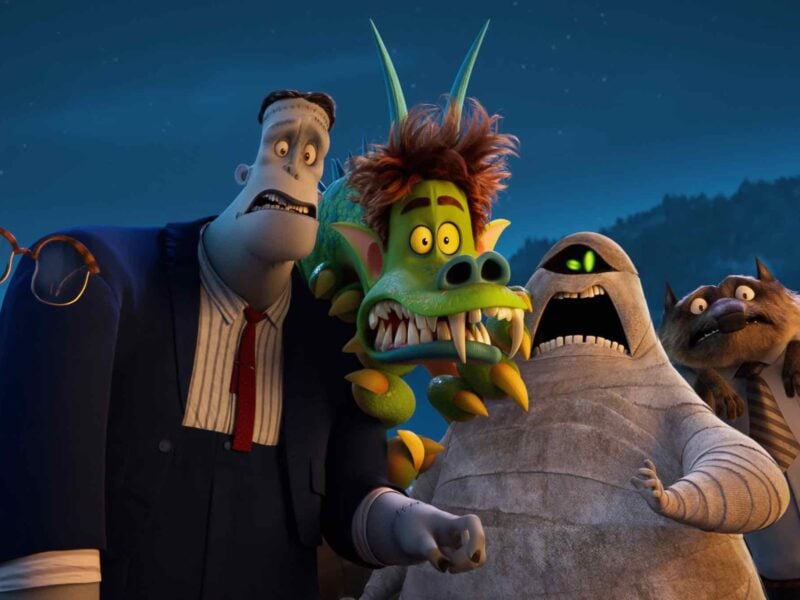