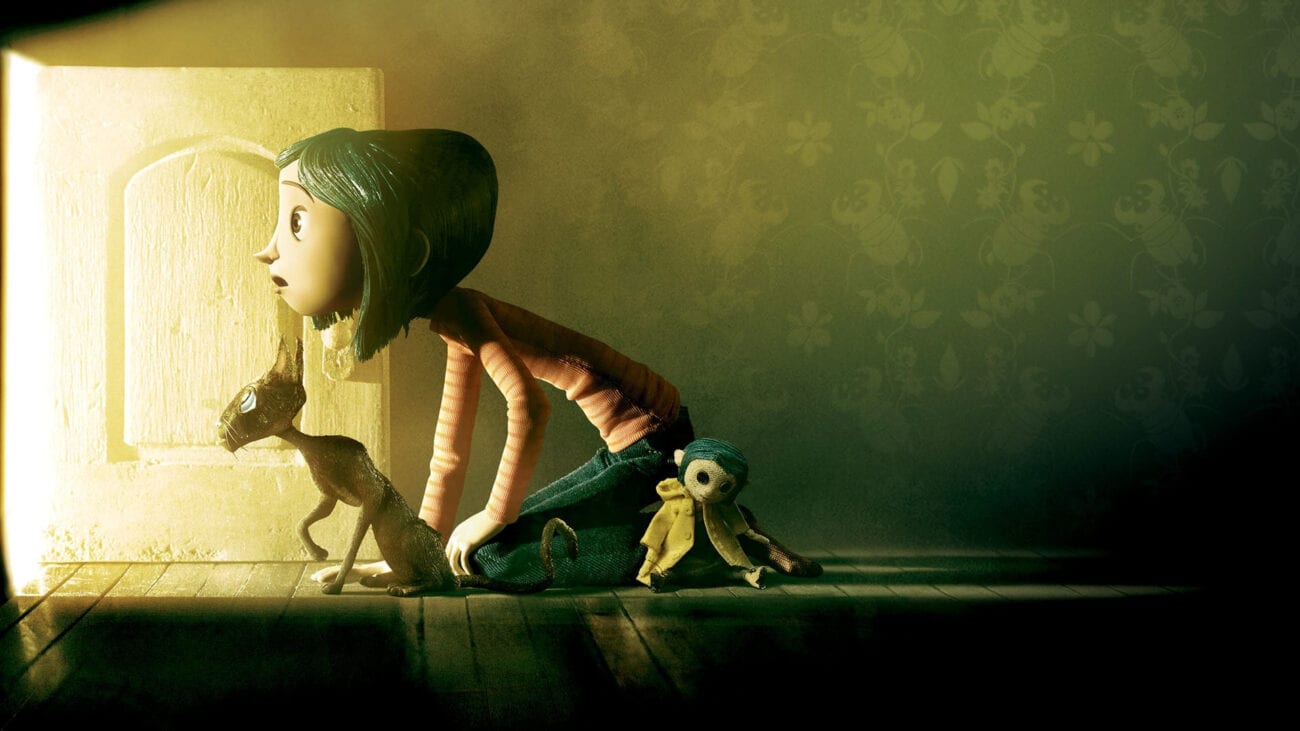 Since its release in 2009, the movie Coraline still remains one of the creepiest kids’ movies out there. The movie’s haunting music, wicked character designs, and morbid story make you question if Coraline was ever meant for children.

It’s hard to find a movie like Coraline which is both beautifully animated and a masterful horror story. We’ve compiled a list of creepy cartoons which will still give you the heebie jeebies! 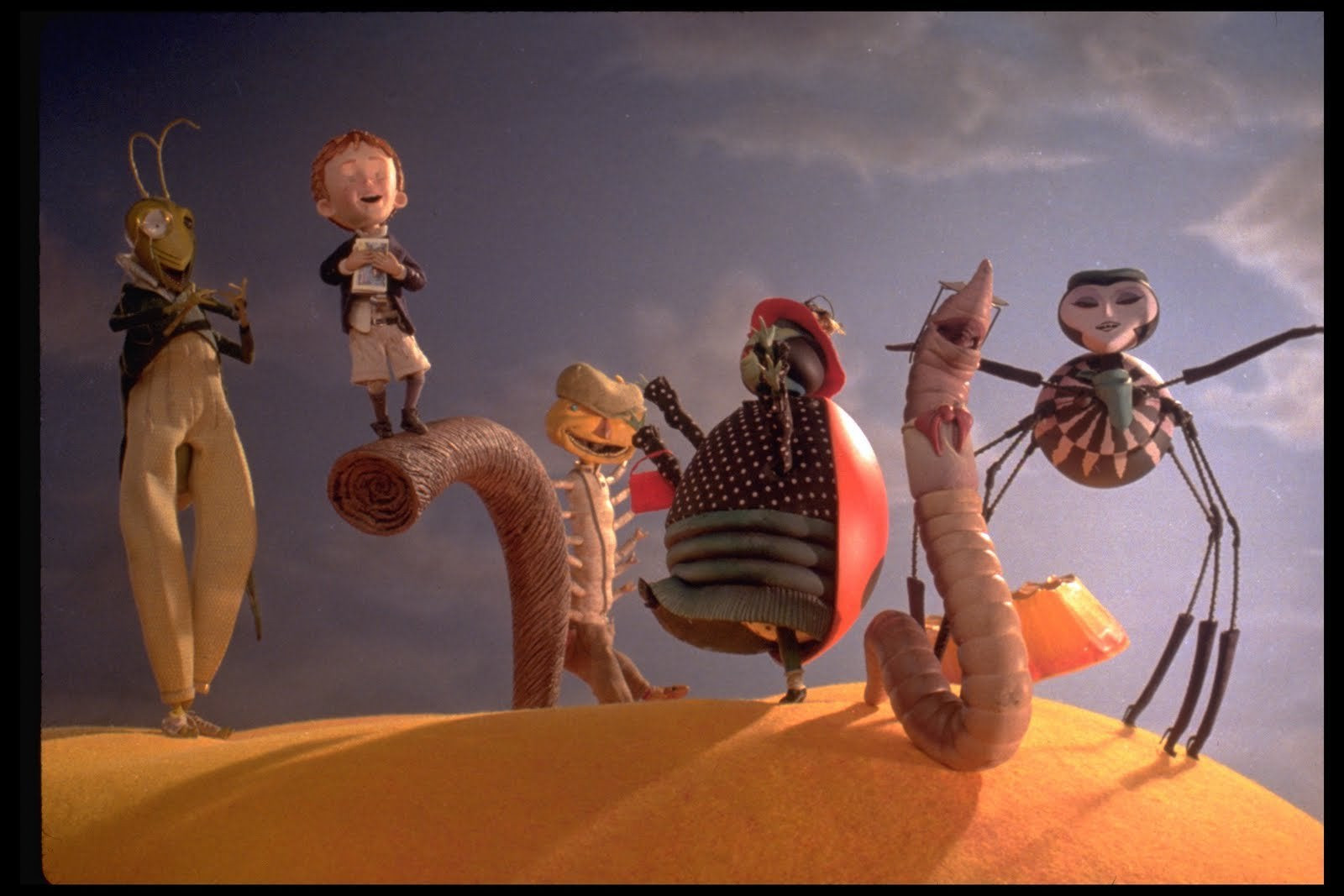 It’s probably been a while since you last saw this movie, but it’s definitely worth a revisit. We promise you’ll feel unnerved by this fairy tale’s complex plot and macabre characters.

The story follows an orphan who escapes his terrible aunts on a giant magical peach with a gang of insects. The new group of friends set sail for New York City in this family friendly adventure!

It may not be too scary, but the claymation and plot, exploring the darker side of fairy tales, reminds us of Coraline. Plus, the fantastic animation and story are captivating for all ages! 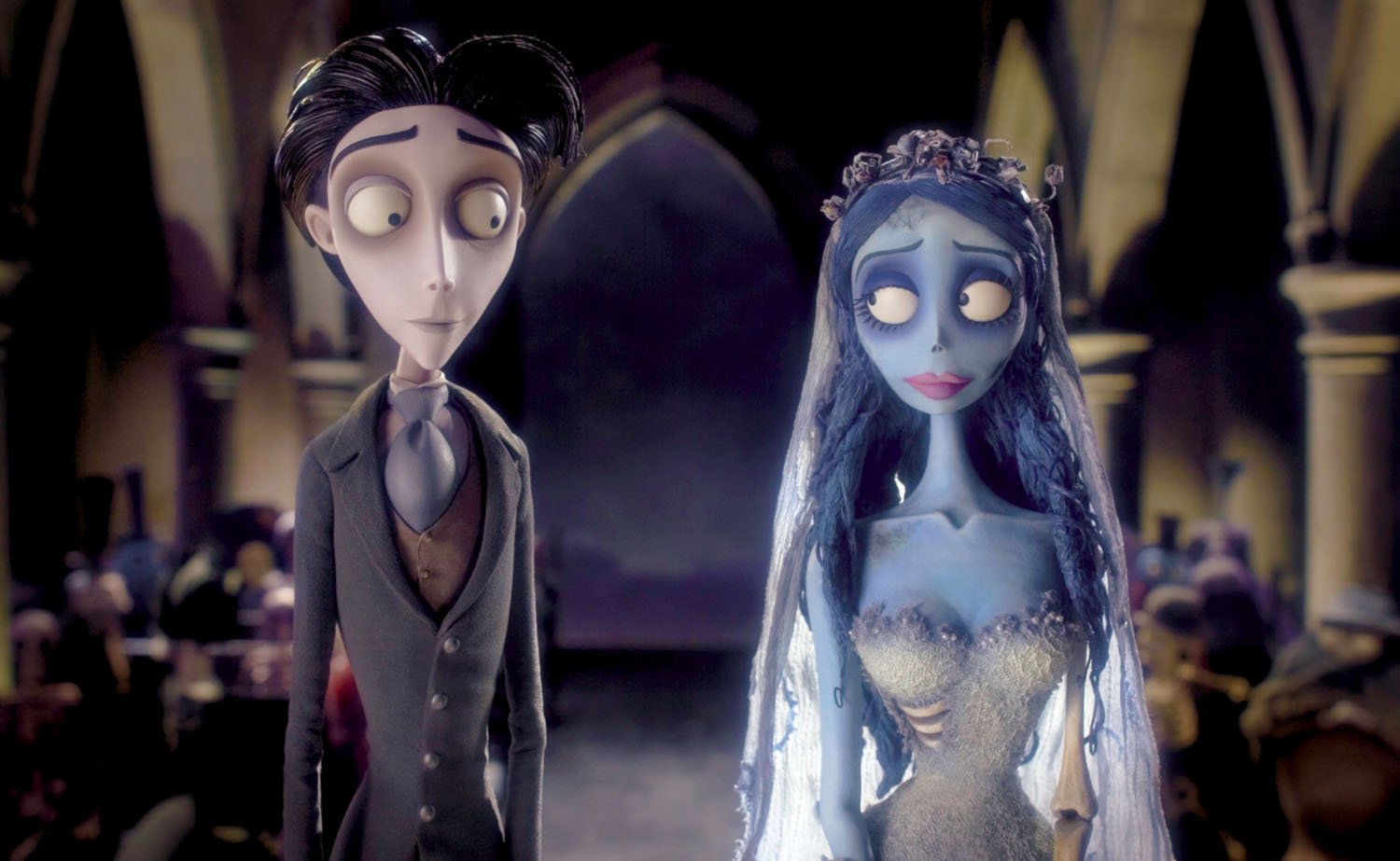 A Tim Burton classic, this gorgeous film is one of a kind! Although extremely eerie with dark subject matter, it’s also a hysterical comedy.

The film follows Victor who accidentally awakens the spirit of a ghost bride and becomes stuck in the underworld. A gothic romance for the whole family, Corpse Bride is a delight! 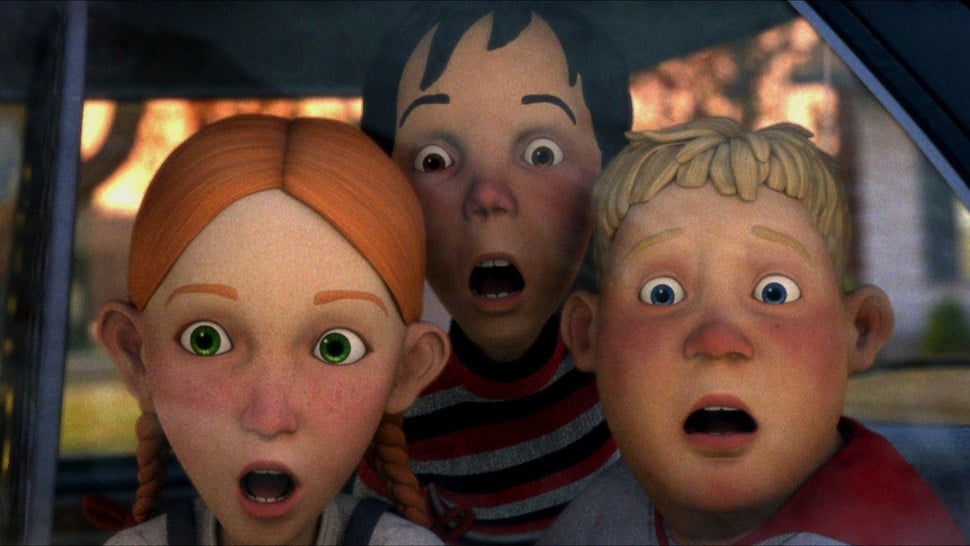 The film follows three friends that believe their grumpy neighbor’s house is haunted. It’s Halloween and the trio are ready to investigate. However, nothing is actually what it seems.

The film’s animation style is fascinating yet jarring for the viewer, adding to the spooky atmosphere. The story also has enough twists & turns to keep you on your toes!

Not overly horrific like Coraline, but it’s just unsettling enough to give adult viewers the creeps! 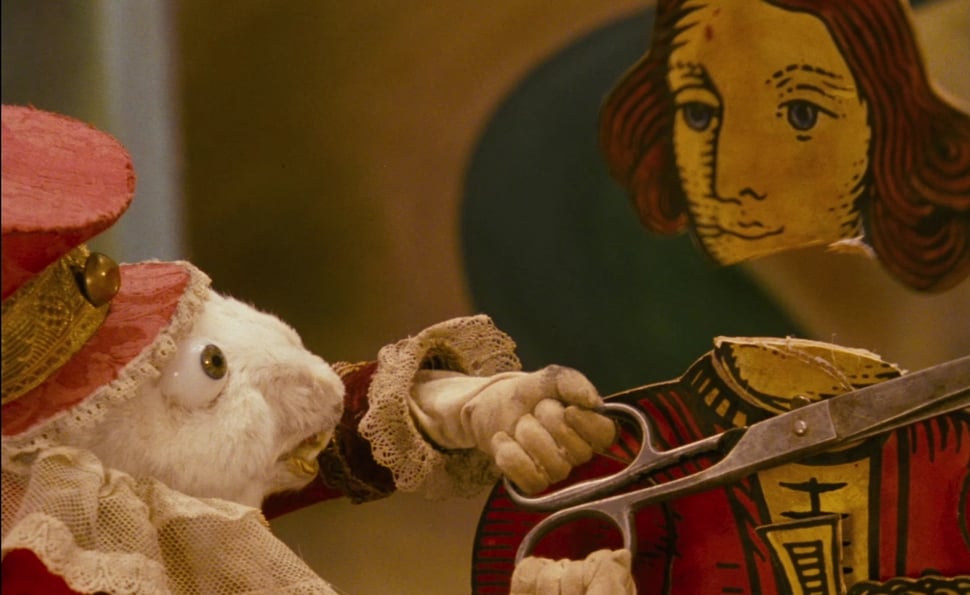 This Czech adaptation of Alice in Wonderland is as surreal as it can get! Somewhat disturbing, it’s hardly a conventional family film. The film features a blend of live action and stop motion animation. The result is a trippy and even Lynch-like atmosphere.

Unlike Coraline, there’s no MPAA rating, so it’s up to you to decide how frightening this film is. 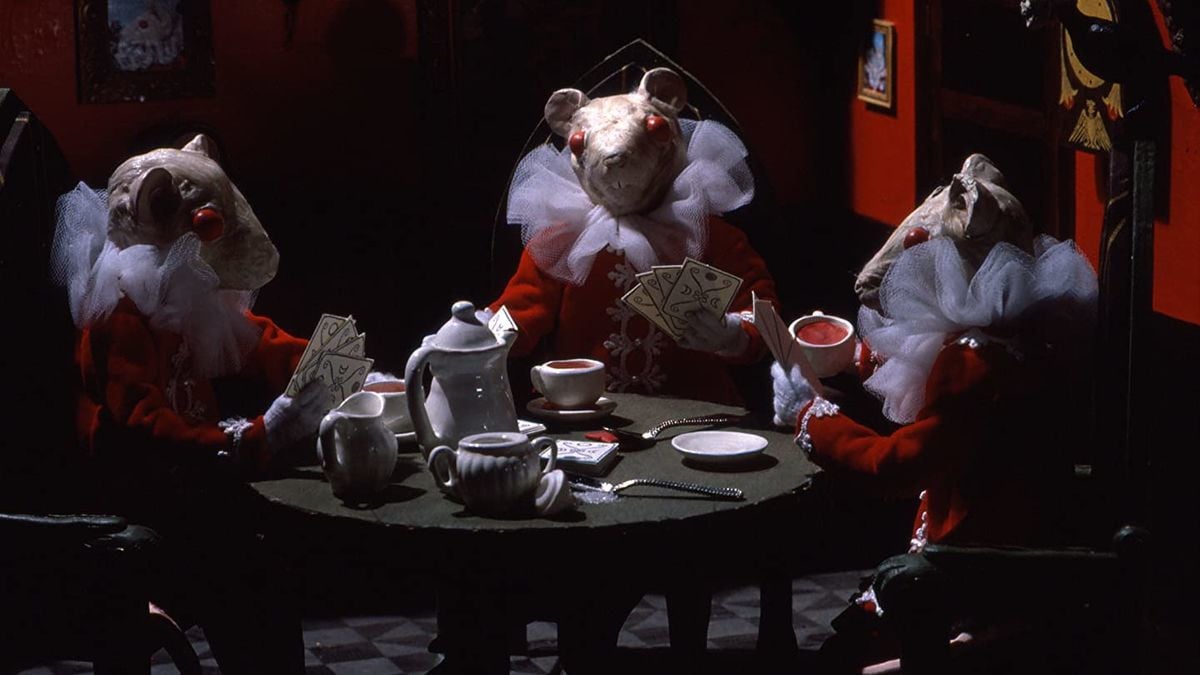 This stop motion film is for adults only. There’s no need to traumatize children to this extent!

The odd & disturbing story follows aristocratic white mice and woodland creatures fighting over a doll. The film’s constant sounds of clocks ticking and cups clinking add a sense of delirium to the movie.

Despite this film being nightmare-inducing, it’s truly a beautiful work of art and a feast for the senses. 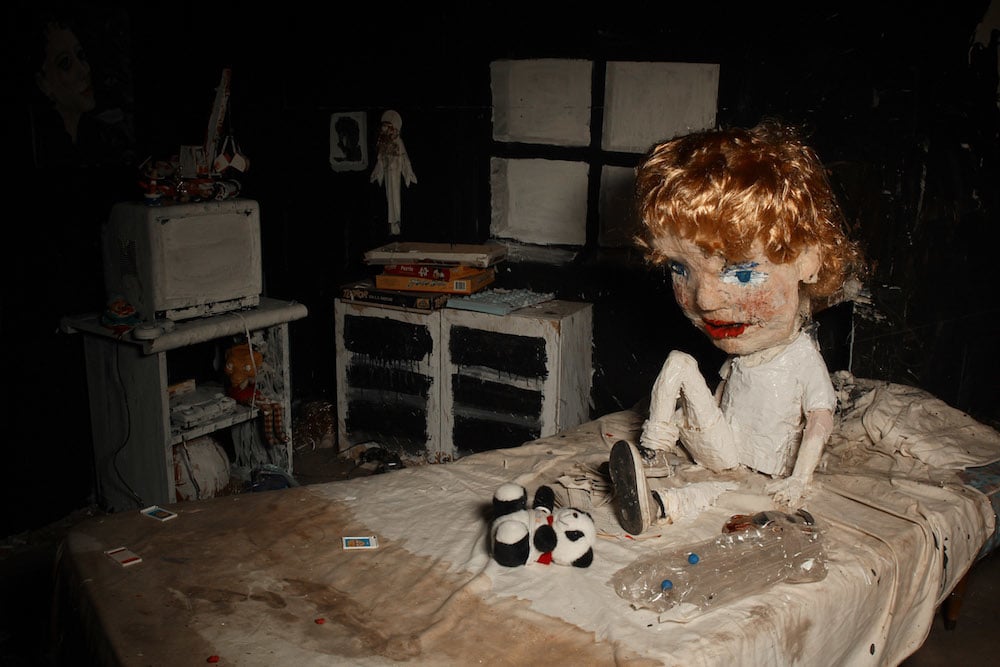 This is no Tim Burton family film. This Chilean stop-motion film is for when you’re looking to be disturbed in every sense. The story follows Maria, who escapes Germany and finds refuge in a home in Chile.

This project took five years and you can see the dedication in the film. The sets were human-sized and used for exhibits during the process of filming.

This movie is terrifying, surreal, and captivating. If you can handle the creepy ASMR voices and disturbing imagery, you are in for a treat!

The world of animation is constantly changing. Most filmmakers are opting for computer-animated styles such as Monster House; however, films like Coraline and Corpse Bride are keeping stop-motion alive!

We hope you enjoy these creepy films and don’t hate us after watching Blood Tea and Red String. Also, you might want to keep the lights on when watching The Wolf House.