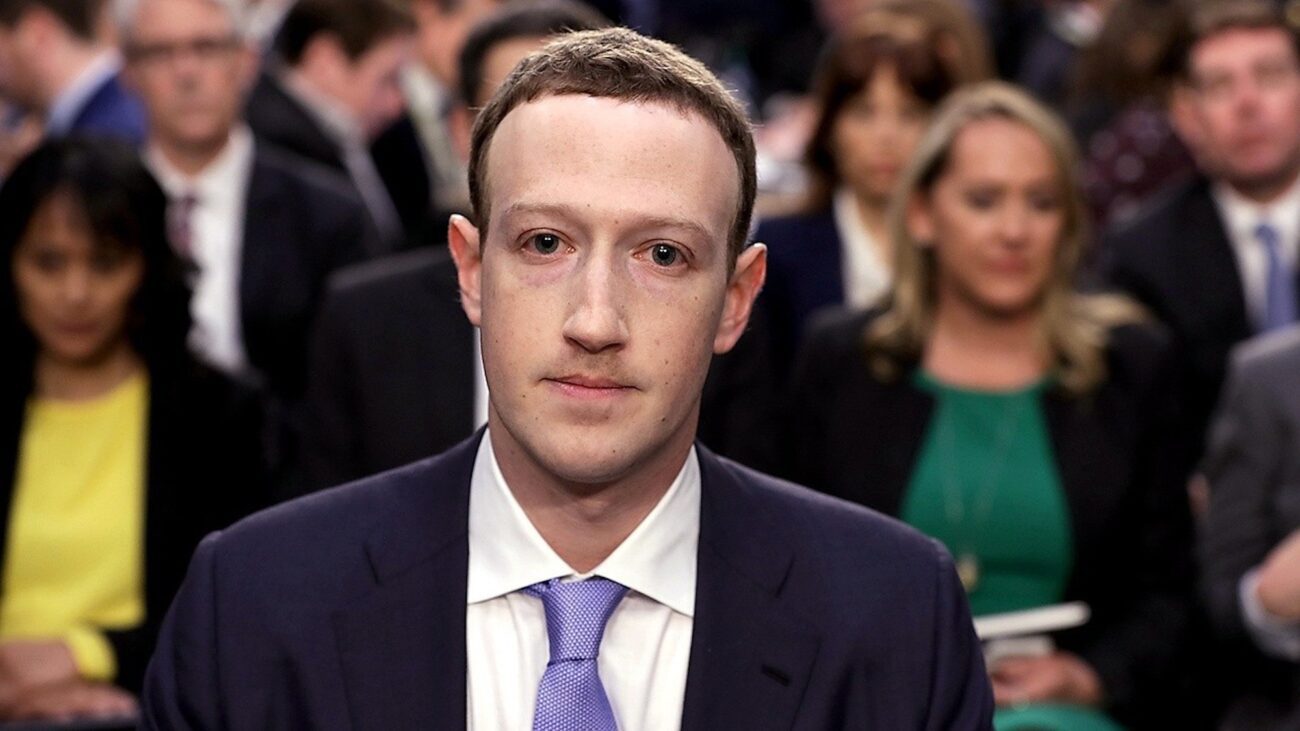 Facebook has become THE powerhouse in social media in the past twenty years with one of the world’s most recognizable brands, the big blue “F”. On Thursday, that’ll be changing as Mark Zuckerberg announced at the annual Connect conference they would be taking a particular step in overhauling his company.

They’re rebranding themselves, Meta, with Facebook, Instagram, and others owned by the company falling under that umbrella, but what will that do to the net worth of Mark Zuckerberg? 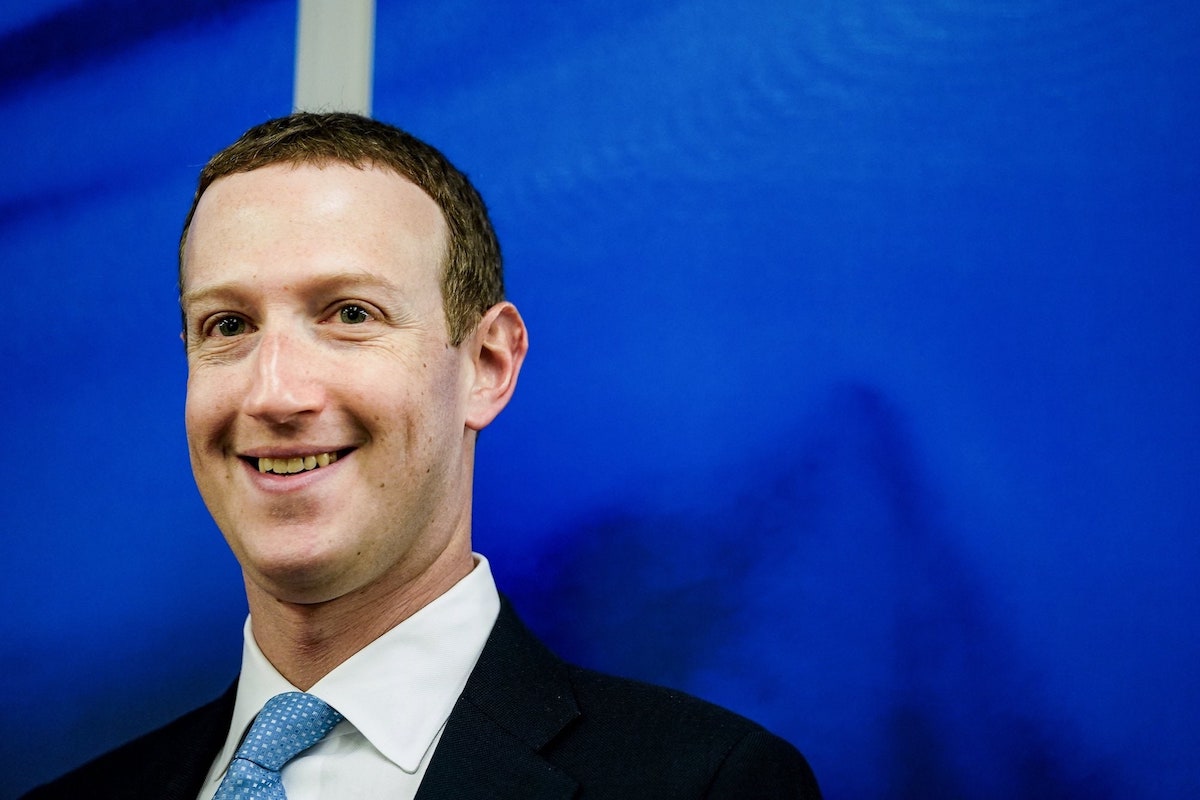 Net worth of Mark Zuckerberg

Mark Zuckerberg saw his net worth tumble by billions of dollars in a matter of hours on October 5th, after a global outage of Facebook services combined with ongoing scrutiny of the company from U.S. lawmakers sent its stock plummeting.

Facebook stock closed down 4.9% in New York after the company suffered a service outage that left WhatsApp, Facebook, Instagram, and other products offline for hours. The outage spooked investors who sold off Facebook’s stock. Shares had already been under pressure after a series of damning disclosures from whistleblower Frances Haugen in recent weeks.

According to the Bloomberg Billionaires Index, the slump means Mark Zuckerberg had roughly $6.1 billion wiped off his net worth. Zuckerberg’s net worth currently stands at $121.6 billion, according to Bloomberg. It has fallen from $142 billion in August. 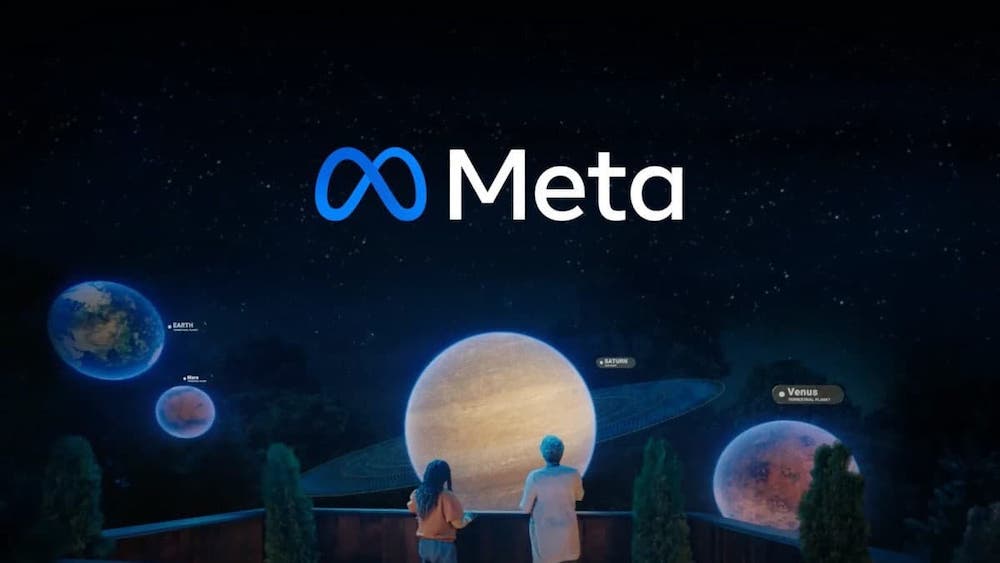 The rebrand is about redirecting the social media giant’s focus to the metaverse, which Zuckerberg sees as the future of the internet. Zuckerberg is staying in control of everything. He has said that, unlike the Google founders who stepped aside in 2015, Zuckerberg has no plans on giving any of it up.

The rebrand to Meta has been a clandestine affair since he formally kicked off the project just over six months ago. Zuckerberg said in the past, he thought about rebranding the company ever since he bought Instagram & WhatsApp in 2012 and 2014, but earlier this year, he realized that it was time to make the change.

The change is about recognizing a shift inside the company that’s already taken place. Zuckerberg has been pouring billions of dollars — at least $10 billion this year alone — into building the metaverse, an expansive, immersive vision of the internet. Imagine walking around in a 3D universe and checking Instagram in midair . . . 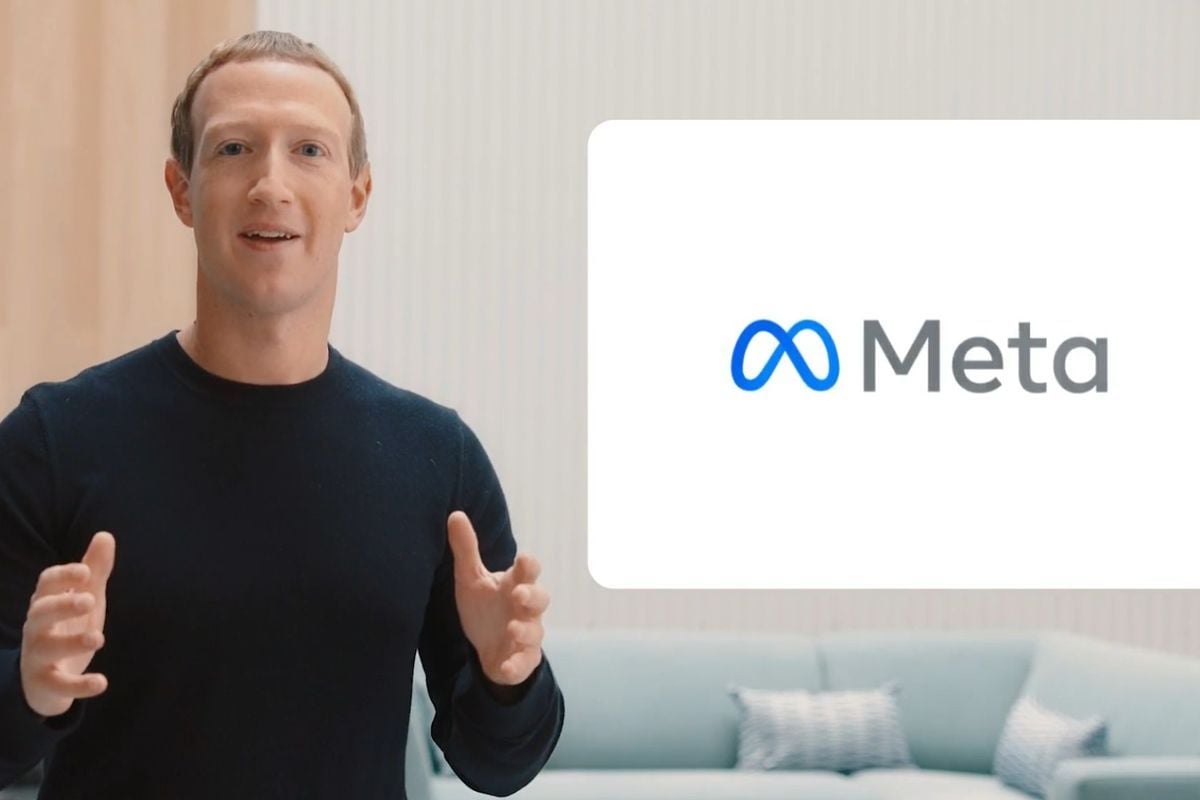 “I think that there was just a lot of confusion and awkwardness about having the company brand be also the brand of one of the social media apps,” Zuckerberg said of the rebrand. “I think it’s helpful for people to have a relationship with a company that is different from the relationship with any specific one of the products, that can kind of supersede all of that.” 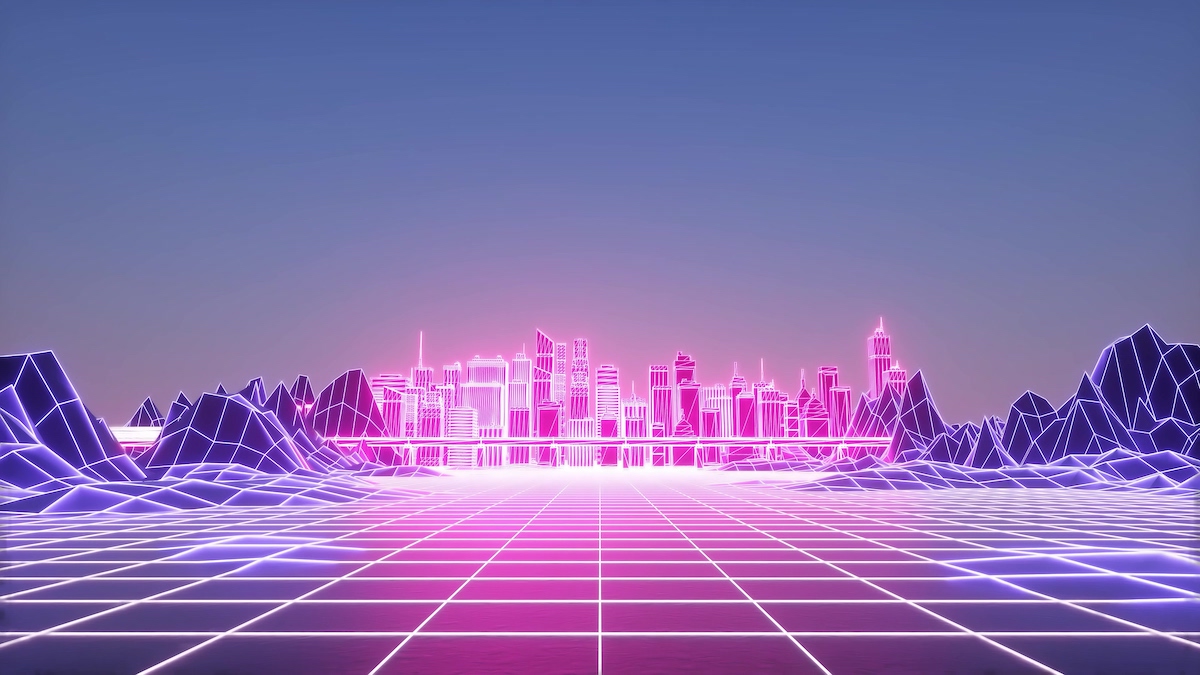 Is the metaverse the future?

The metaverse as an idea isn’t new, but it wasn’t thrust into the mainstream conversation until Zuckerberg started talking about it publicly earlier this year. The concept originates from Snow Crash, a dystopian novel from the 1990s in which people flee the crumbling real-world, fully immersed in a virtual one.

While he acknowledges that the word’s origins are a “con,” Zuckerberg is trying to reclaim the metaverse as a romantic idea that will unlock an entirely new economy of virtual goods & services.

In the next decade, he thinks most people will be spending time in a fully immersive, 3D version of the internet that spans not just Meta’s hardware, such as the Quest, but devices made by others. He’s pushing his teams to build technology that could one day let you show up in a virtual space as a full-bodied avatar or appear as a hologram of yourself in the real-world living room of your friend who lives across the planet. 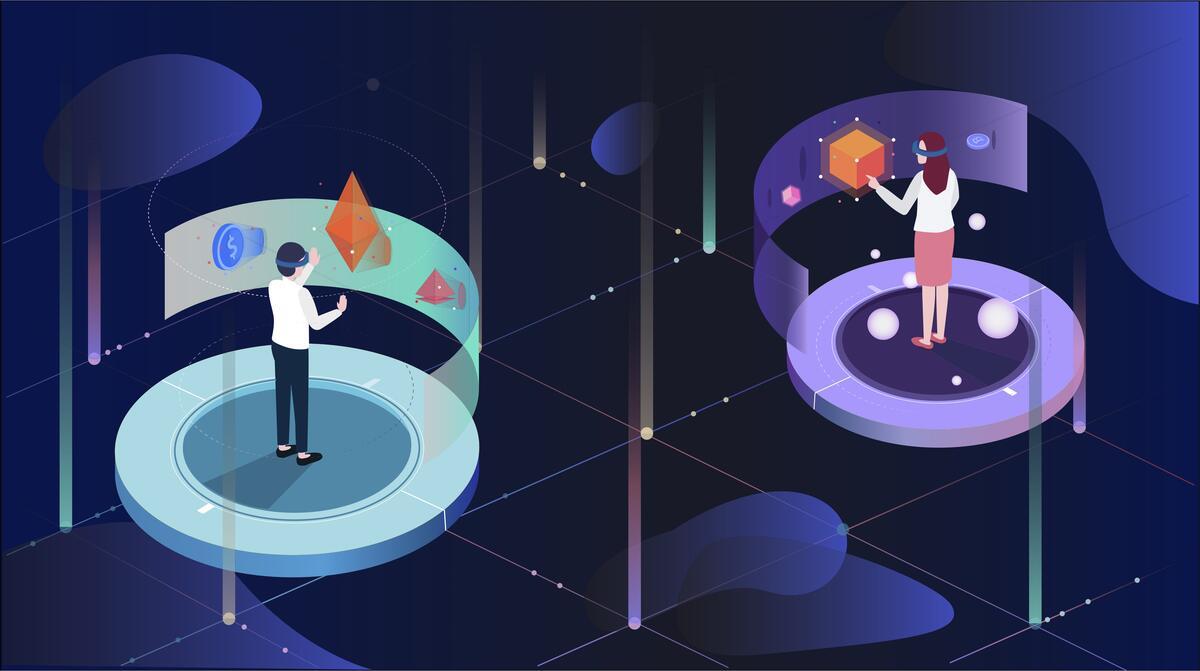 Implications on the future

What does this do to the net worth of Mark Zuckerberg? He has already poured $10 billion into the project, and after the outages from earlier this month dropped his net worth a further $6 billion, one wonders if this isn’t the beginning of a crash. Are people ready to fully immerse themselves into virtual worlds that typically play out badly in movies?

When you think of these immersive worlds in entertainment, they always come with a negative effect. Tron, Gamer, and Ready Player One were all versions of escapism, distraction, or corruption from the uber-rich. Is the world ready to trust the fifth richest man on the planet with that kind of technology?

If they are, then the $16 billion he’s down this year is only a drop in the bucket for the hundreds of billions his new company stands to make in the technology he’s presenting. If they’re not ready for such a world, then that money is only the tip of the iceberg that he will lose now that he is embroiled in the scandal brought forth by the whistleblower earlier this year.

What are your thoughts on a virtual world you can immerse yourself inside to escape the real world? Do you think the world is ready for that technology after the pandemic? Will this spell the end? Or will Meta make the net worth of Mark Zuckerberg the highest in the world?