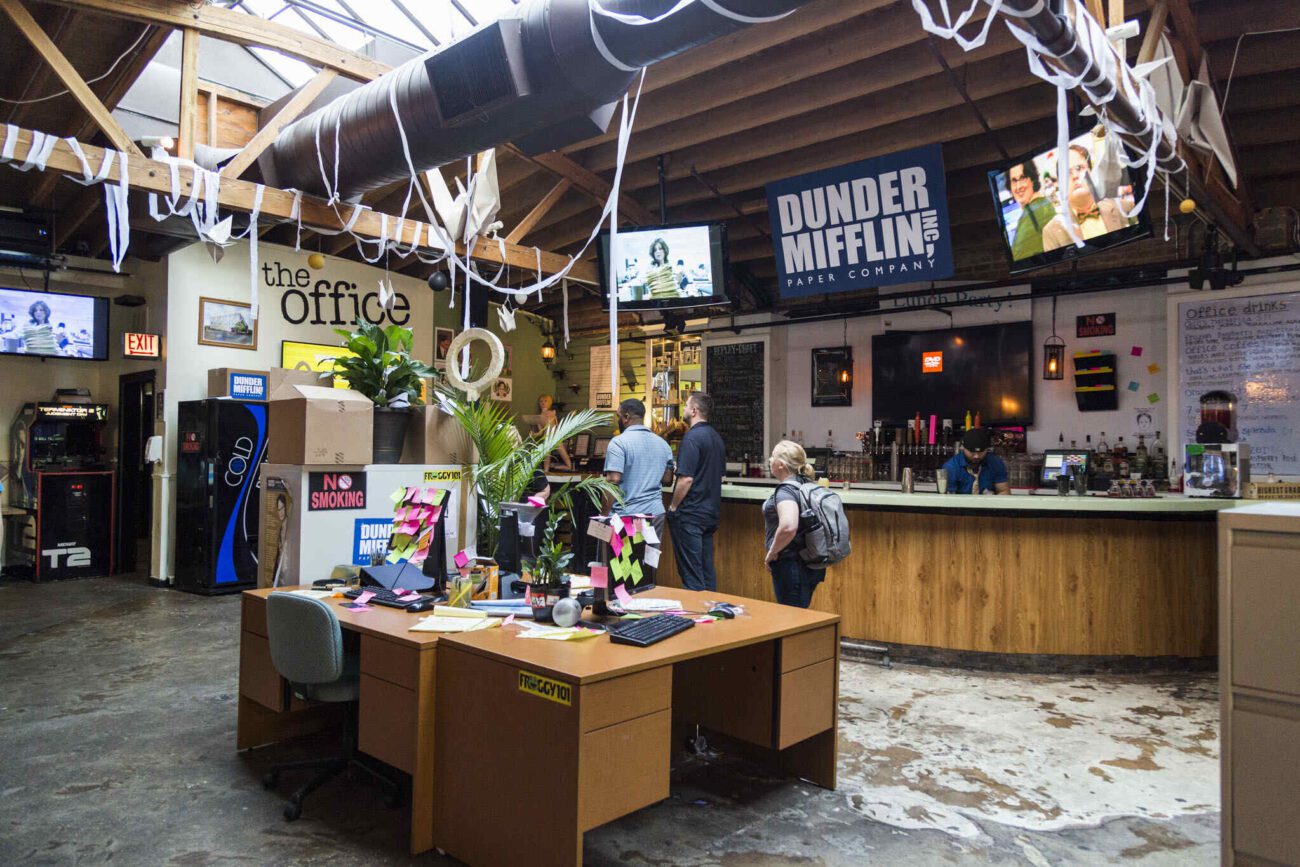 Could you relive “The Dinner Party” at ‘The Office’ virtual experience?

A virtual The Office experience (literally called The Office Experience) is now open to the public. The Office is one of the most popular television series of all time, and its place in the pop culture conversation hasn’t shifted with its popularity & rewatchability on streaming services. Also, sorry to fans of the UK version, but The Office Experience only references the U.S. series.

The Office originally premiered on NBC, before having a long streaming life on Netflix. It’s now available to watch on Peacock, NBC’s streaming site, along with other popular shows from the network. The exhibit is in Chicago and is being put on by Superfly X and Universal Live Entertainment. 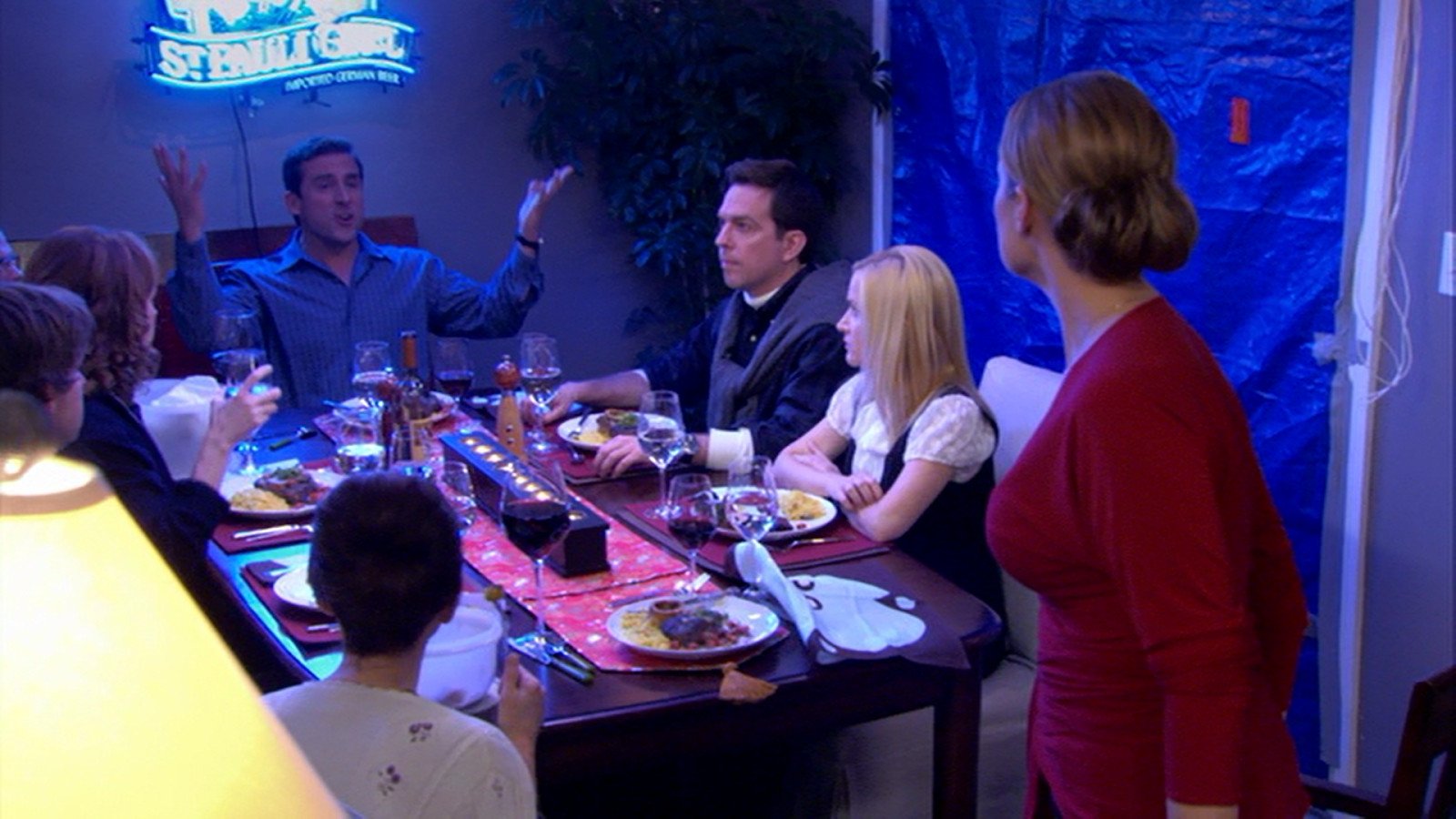 Fans can walk around a recreated set of The Office where their favorite characters sell paper and try to avoid Steve Carell’s Michael Scott. A recreation of Schrute Farms will also be available to tour, as well as the warehouse. The whole thing is basically a museum for the biggest fans of The Office to walk through and take photographs of the carefully recreated sets.

The warehouse will also be a place where visitors can purchase souvenirs to remember the experience before leaving. Greg Daniels was involved in the creation of this Chicago exhibit, giving an added feeling of authenticity to this very artificial (but fun) experience. 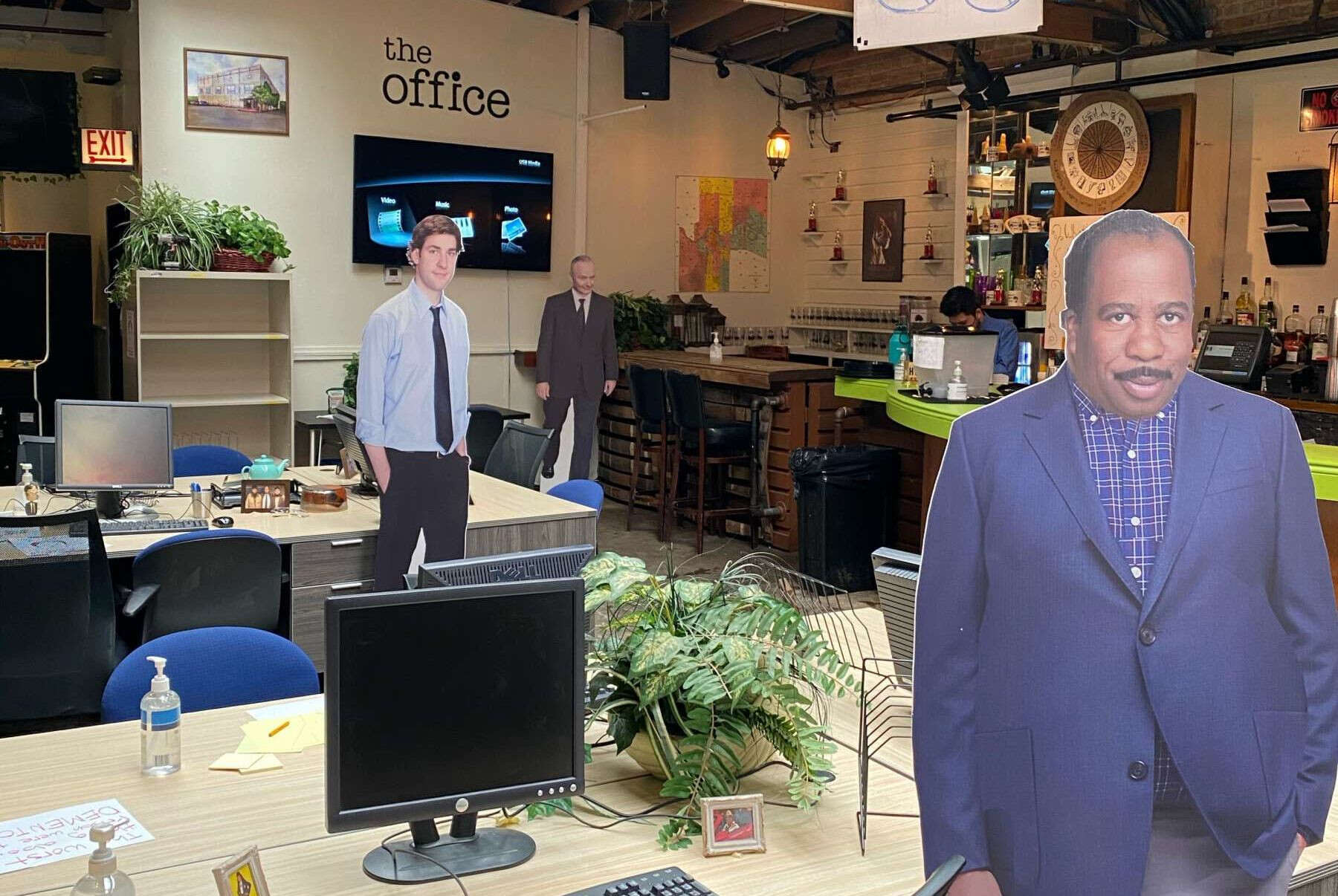 The Office Experience will reportedly include interactive elements taken from the show. These scenarios are rumored to include Beach Day, the Dundies, and Kevin spilling his chili.

Beach Day takes place towards the end of the third season of The Office and features Michael trying to use hot dog eating contests and wrestling matches to pick his replacement as he mistakenly believes he’s going to be promoted. 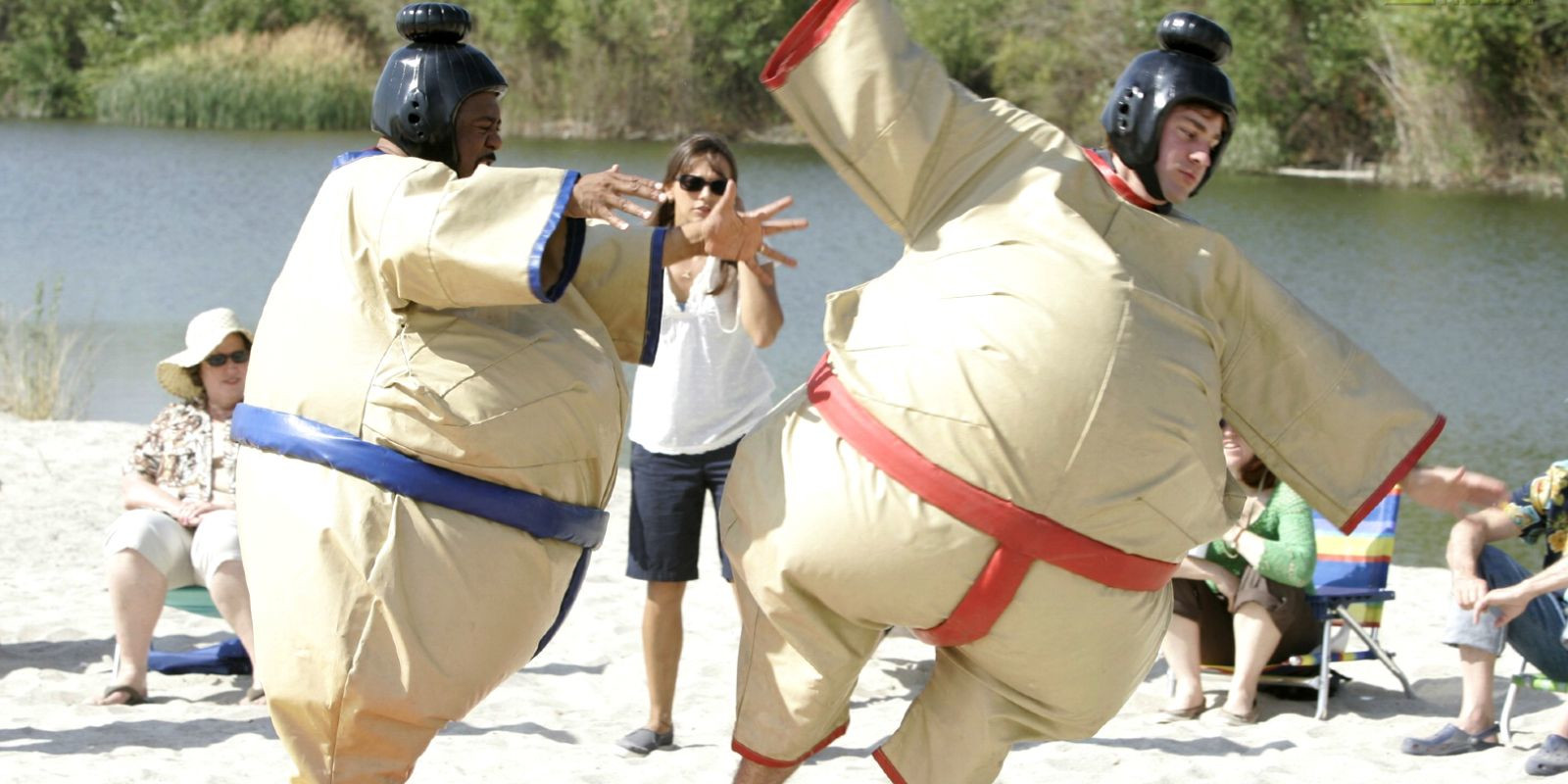 Most fans of The Office won’t need a refresher on what the Dundies are, but just in case: The Dundies are an awards ceremony Michael makes up and puts on every year as an excuse to put on a show for his employees. Some award highlights include Ryan’s award for Office Hottie, Kevin’s award for Smelliest Bowel Movement, and Pam’s multiple awards for longest engagement.

As for Kevin spilling his chili, we’ll have to direct you to look up the clip of him carrying in an enormous pot of chili, which he promptly spills & falls into. The Office Experience opens in Chicago on October 15th and will be moving around to different cities. 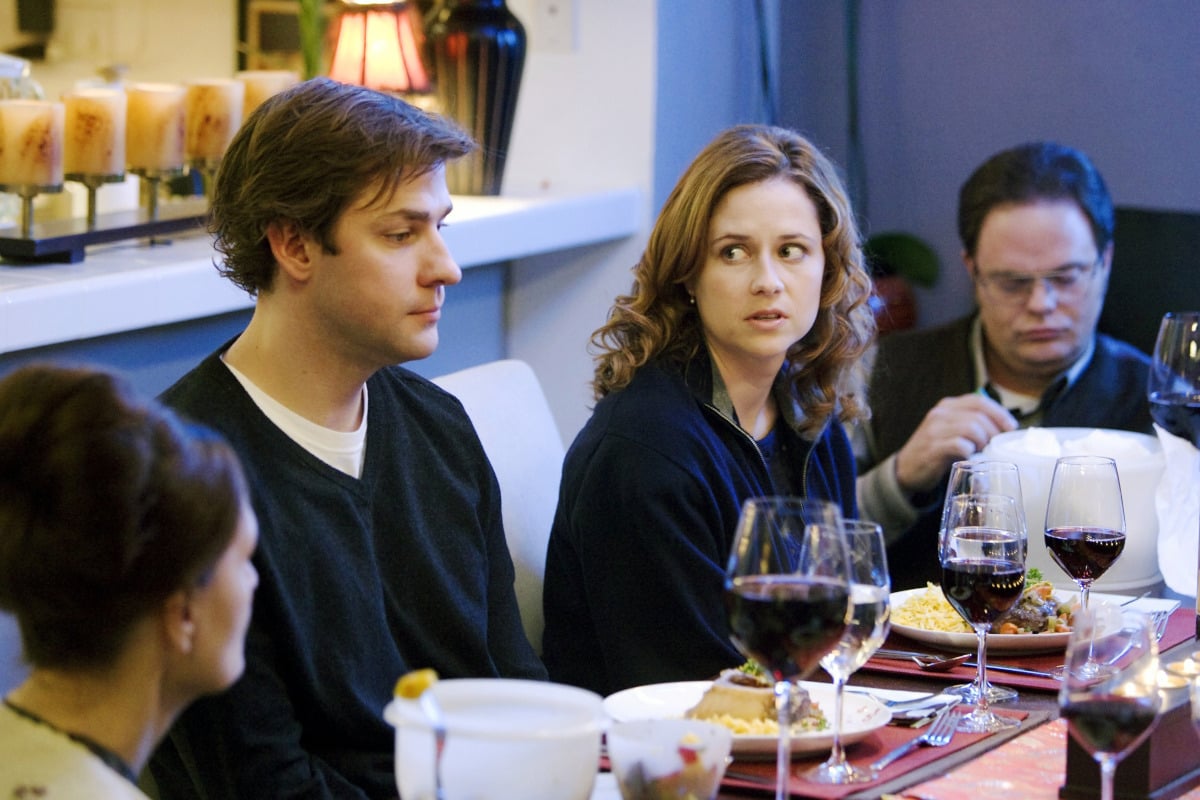 So what about “The Dinner Party”? You know, possibly the most famous & loved episode of The Office in the entirety of it’s nine-season run?

“The Dinner Party” takes place in season four, during the time Michael is living with his girlfriend Jan. Their tumultuous relationship has taken a turn for the worse after Michael causes Jan to lose her lawsuit against Dunder Mifflin, so of course he thinks that this will be a good time to host a dinner party.

Michael manipulates Jim & Pam into finally joining him and Jan for dinner, as well as Andy & Angela. A jealous Dwight ends up tagging along and bringing his childhood babysitter as his date. 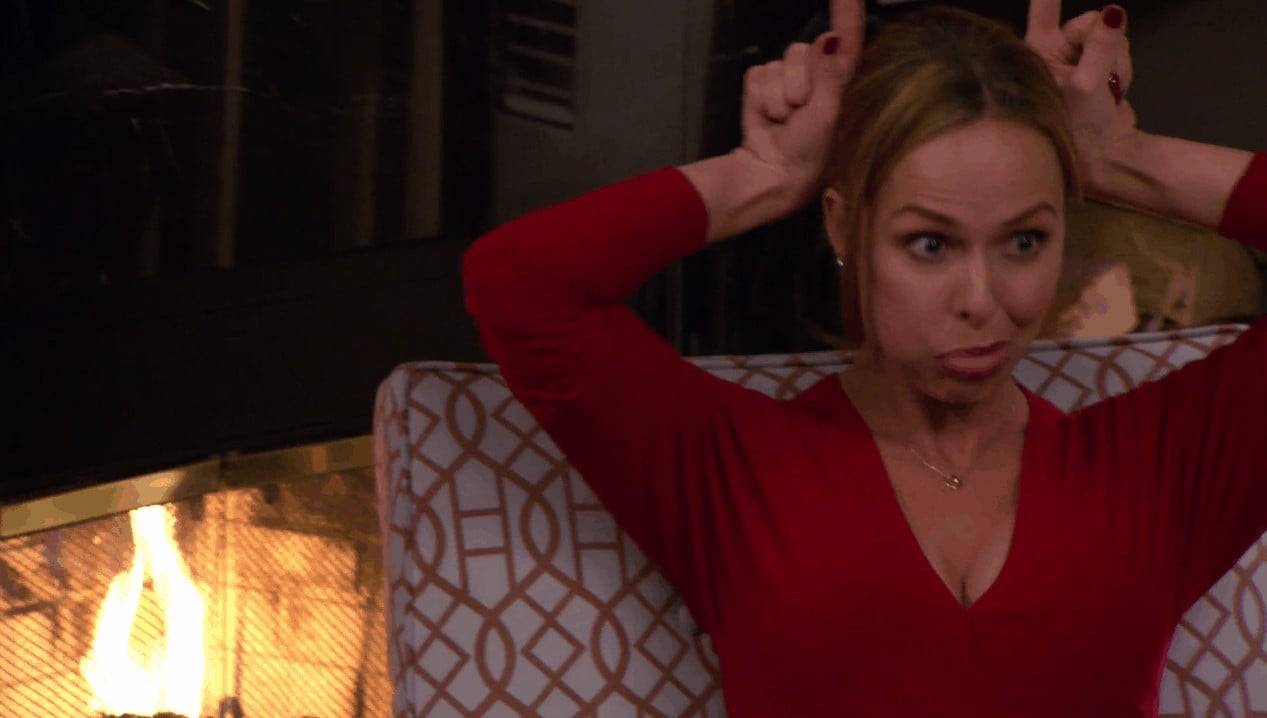 “The Dinner Party” features many fan-favorite moments: the revelation that Michael sleeps on a bench at the foot of his and Jan’s bed, Jan singing along to a love song by her former assistant that is clearly about her, and Michael showing off his impossibly small plasma screen TV.

So, will fans who travel to Chicago for the exhibit be able to experience “The Dinner Party” virtually? As of right now, “The Dinner Party” isn’t mentioned as one of the interactive scenarios currently available. However, that could change in the future.

Would you travel to Chicago for this exhibit? Is this too over the top, or does it sound like fun? Let us know in the comments!