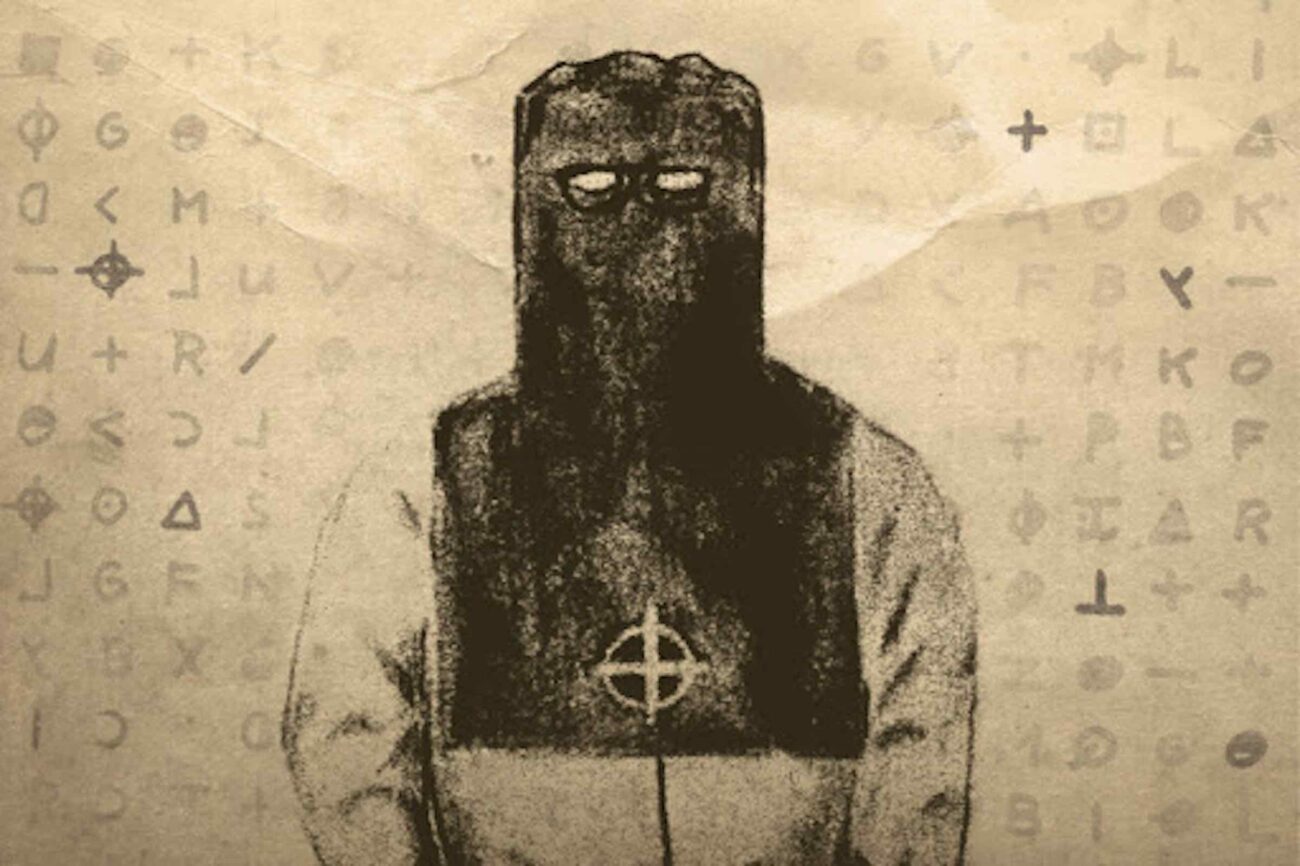 Inside the baffling case of the Zodiac Killer: Is Arthur Leigh Allen the one?

The Zodiac Killer is one of the most famous serial killers of the United States. He is known for having committed four confirmed murders, but boasting of having perpetrated as many as 37. Two of the Zodiac Killer’s victims survived. These victims were attacked on separate occasions and the women who were with them did not survive.

The Zodiac Killer allegedly sent several taunting phone calls and letters to the Vallejo, California police. The letters included coded messages, goading, and the infamous Zodiac Killer Signature of a circle with two perpendicular lines over it. The signature clearly resembled the crosshairs you would use to aim a firearm. Most hauntingly, the Zodiac Killer was never caught.

Authorities had several suspects in their sights over the course of the case, but none fit as well as Arthur Leigh Allen.

Who was Arthur Leigh Allen?

Arthur Leigh Allen was a California schoolteacher sent to Atascadero State Hospital in 1975 for child molestation. Allen hated his mother. He was the kind of man who lived with his mom well into his middle-age, was supported by her and given things like boats and cars, but resented her all the same. Allen never married and was known for having a preoccupation with young children for years before he was finally institutionalized.

It’s unclear why Allen was first suspected of being the Zodiac Killer. Sergeant John Lynch from the Vallejo, California Police Department first started investigating Allen on October 6, 1969. Lynch visited Allen at the elementary school he worked at and began questioning him. 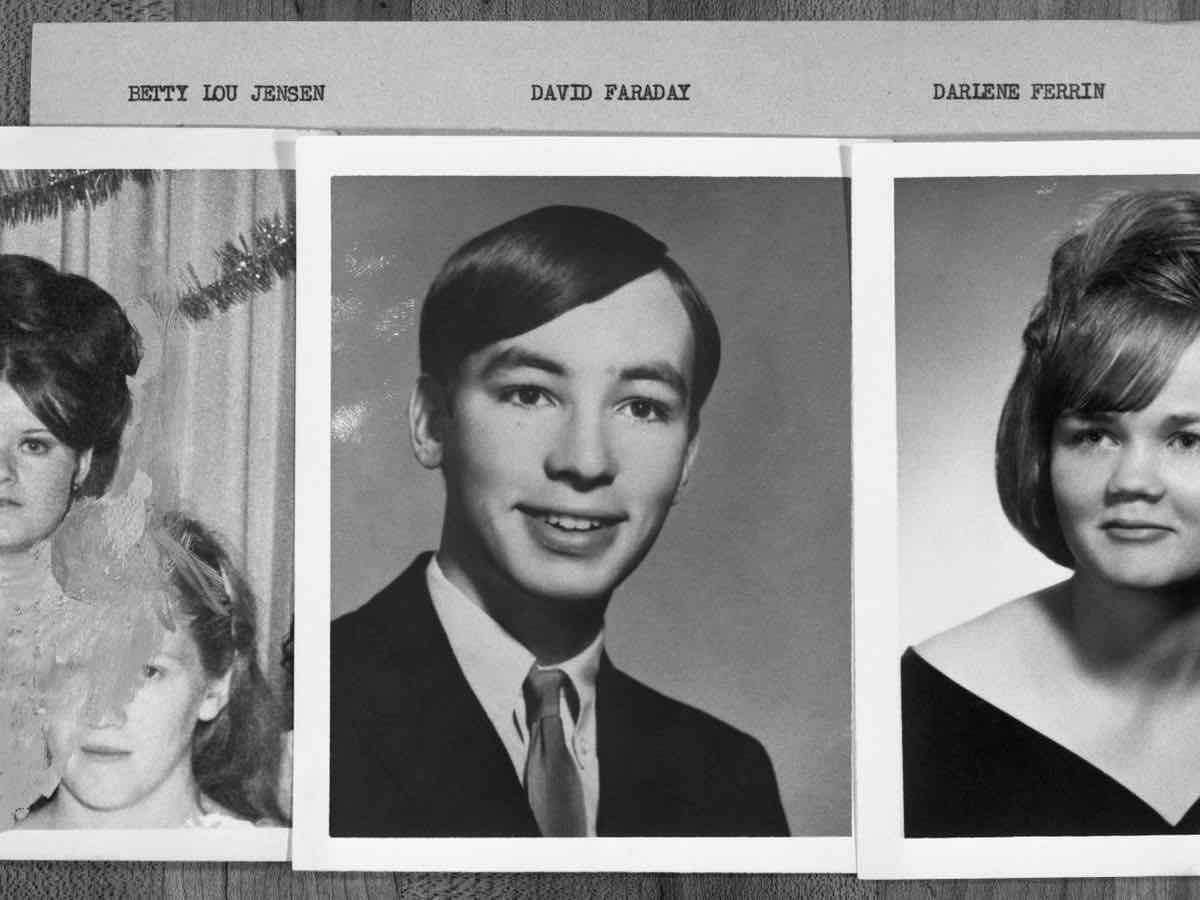 The second pair of victims were Michael Renault Mageau and Darlene Elizabeth Farren. They were attacked on July 4, 1969. Mageau survived the gun attack, but Farren was dead on arrival at Kaiser Foundation Hospital. 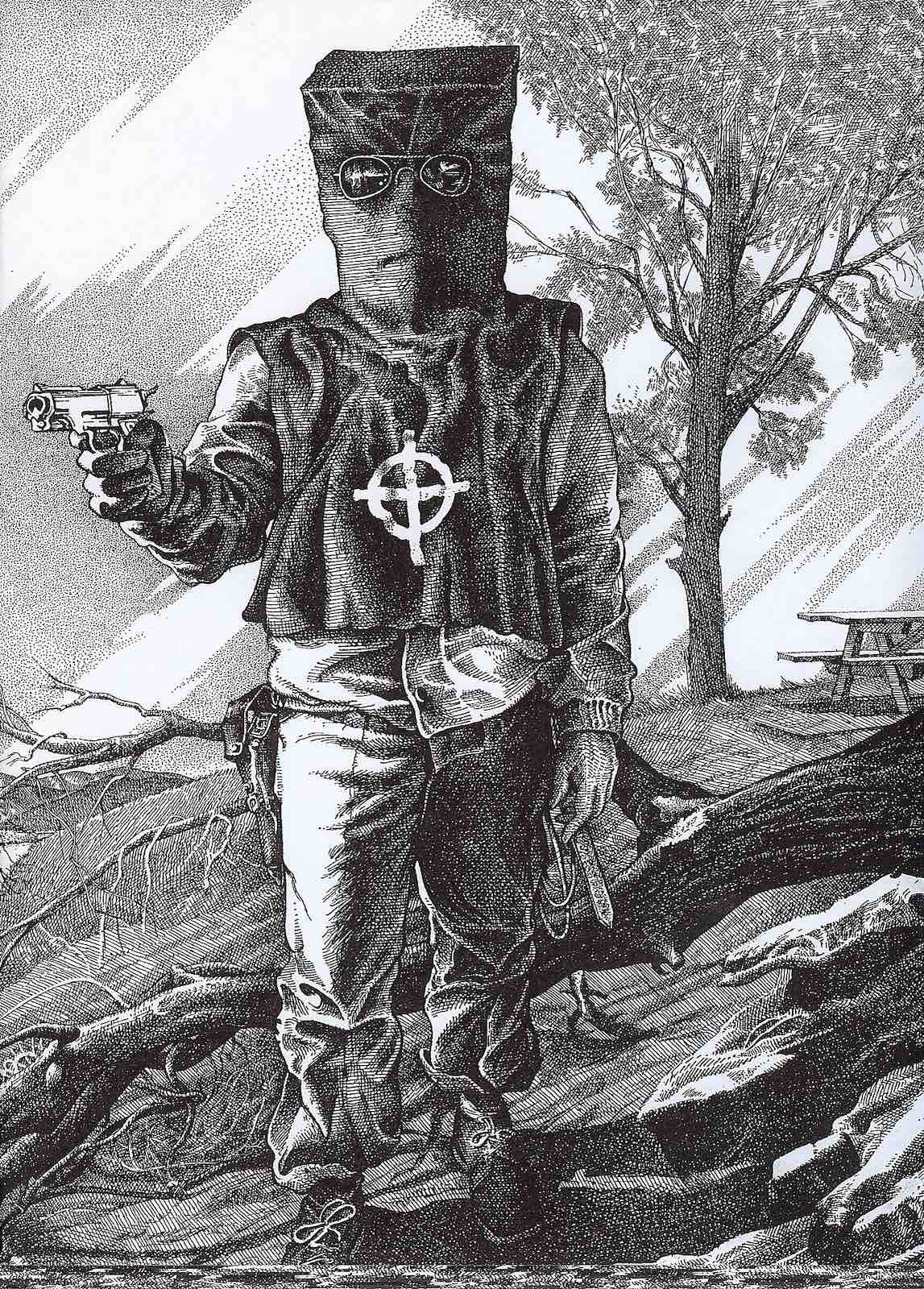 On September 27, 1969, Bryan Calvin Hartnell and Cecelia Ann Shepard were stabbed repeatedly. Hartnell survived the eight wounds to his back that he sustained, but Shepard died from her injuries two days later on September 29.

The last confirmed Zodiac Killer murder was that of cab driver 29-year-old Paul Lee Stine. Stine was shot and killed on October 11. 1969. It’s believed by many that the Zodiac Killer attacked many more victims than these seven, but there is no evidence to substantially corroborate these theories. 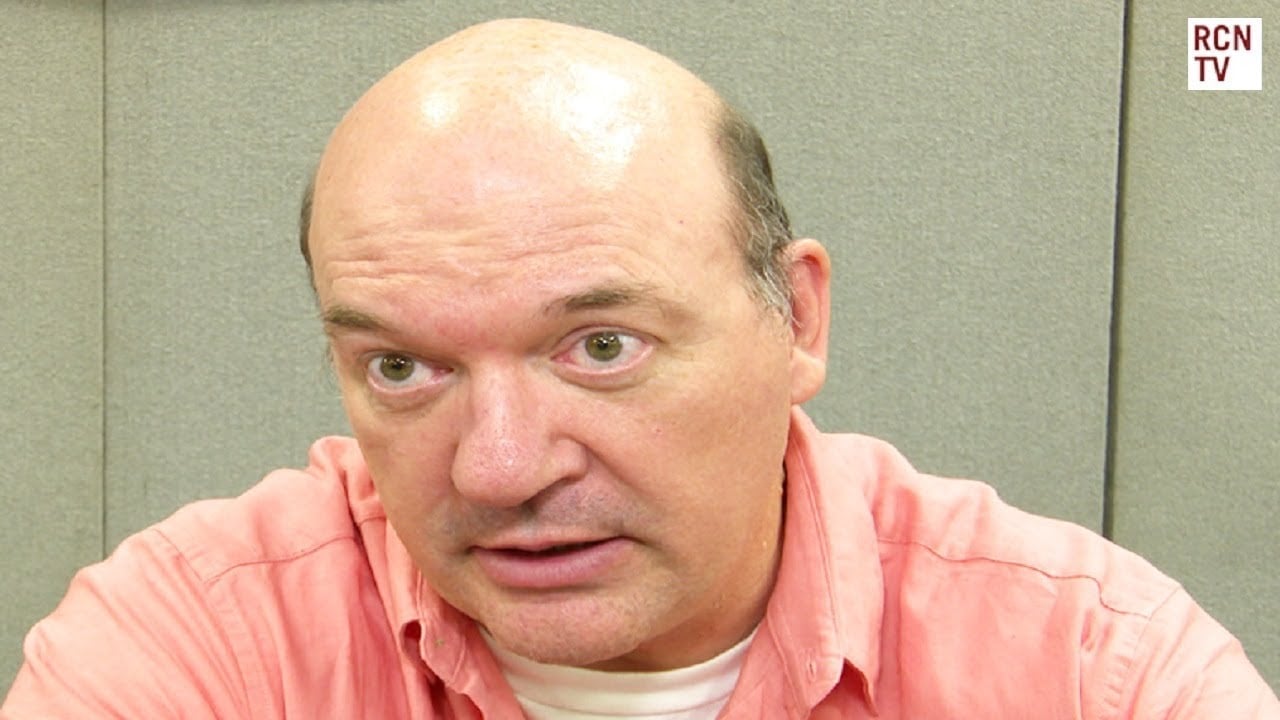 Lynch had questioned Arthur Leigh Allen about his whereabouts on the day that Hartnell and Shepard were attacked in 1969. Allen said he had gone freediving at Salt Point Ranch the day before and then driven back home on September 27 between two and four thirty pm.

Allen said he couldn’t recall whether or not his parents had been home when he arrived so he had no one to support his alibi. Five days after Lynch’s interview the Zodiac killer murder Paul Lee Stine. Since Lynch didn’t have enough information to attach Allen to the case he left him alone for the time being, but still kept him on the suspect list.

In autumn of 1970, the San Francisco Chronicle published a story that connected an unsolved Riverside, California murder to the Zodiac Killer. Four months later, the Zodiac Killer wrote in to commend them for having connected the dots on his supposed activity. 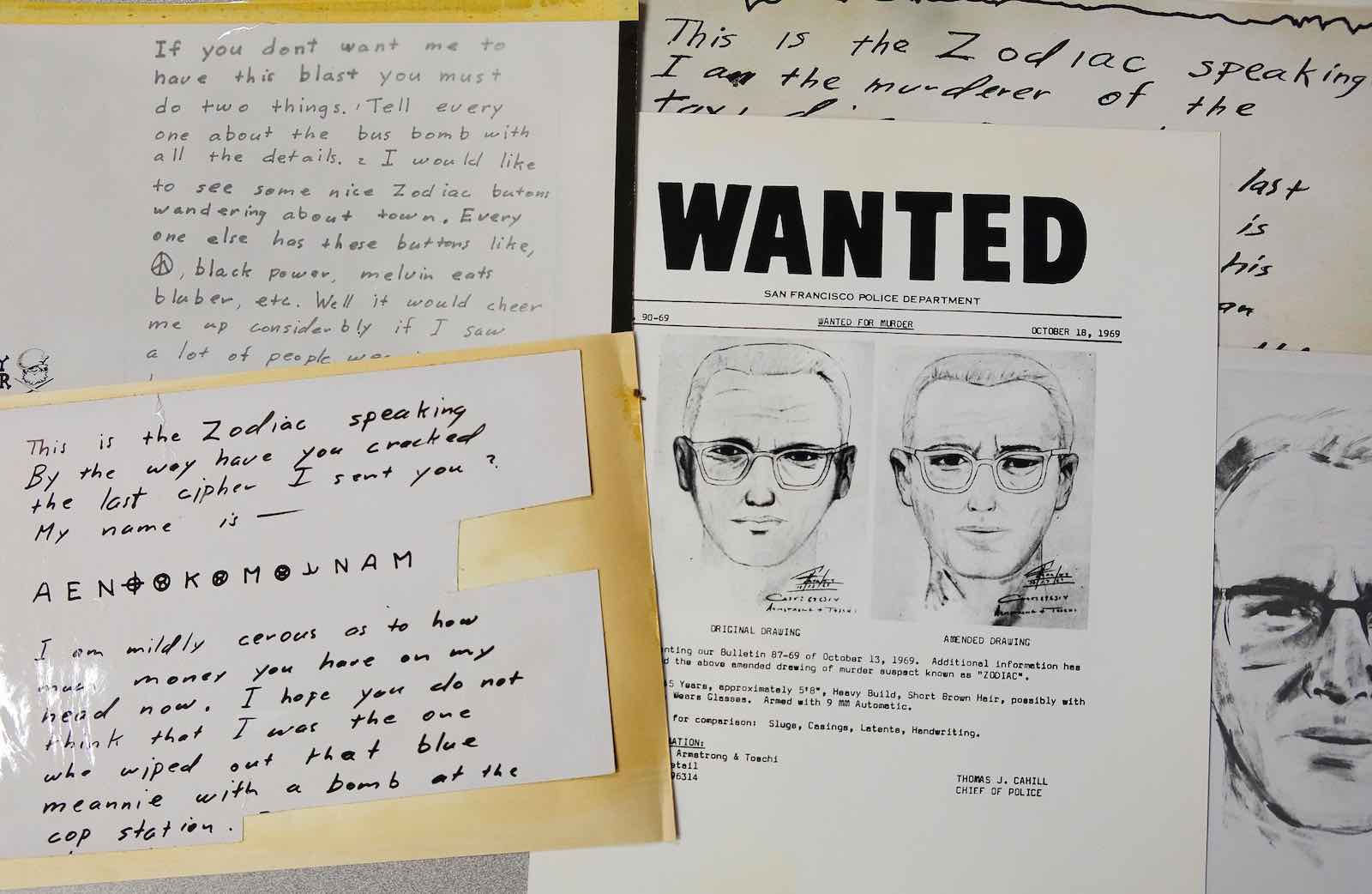 Arthur Leigh Allen was left alone until a former friend of his named Donald Cheney and Cheney’s business partner Santo Paul Panzarella came forward on July 15, 1971, and voiced suspicions they had that Allen was connected to the Zodiac killings.

Panzarella said to police that he and Cheney had suspicions about “an Arthur Leigh Allen” for some time. Apparently Cheney and Allen used to go hunting together and Allen had said some strange things on several occasions that eventually made Cheney suspect him. Cheney said that once Allen had asked him, “Have you ever thought of hunting people?”

Allen then allegedly went on to talk about how he would go about doing it. He said that he could go to the well-known Lover Lane area in Vallejo and attach a flashlight to his revolver so he could aim better. He even remarked to Cheney how hard it would be for police to track him down because he would’ve done it with no motive. The most chilling and suspicious thing Allen mentioned was at the end of his reverie. Allen said he would sign any letters sent to police as the Zodiac Killer. 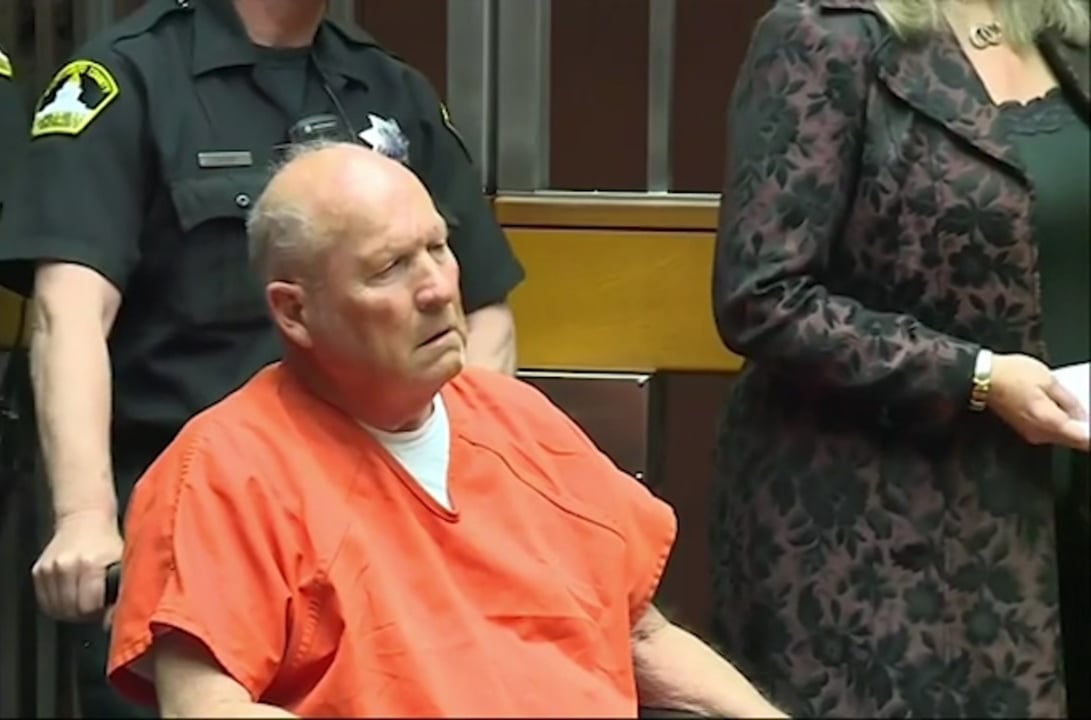 Cheney and Panzarella went on to point out that Allen matched the description of the Zodiac Killer in the Los Angeles Times that had been printed the day before they came forward.

A Detective Jack Mulanax was then assigned to gather more information on Arthur Leigh Allen. Mulanax spoke to one of Allen’s former employers who said although Allen was a good worker he had noticed Allen took much notice of young children. There had even been an incident where Allen had taken his daughter on his boat with the man’s permission and “made improper advances” toward her.

Detective Mulanax then spoke to neighbors who described Allen as a good and devoted son. After some more data collection Mulanax, Inspector Bill Armstrong, and Inspector Dave Toschi of San Francisco homicide brought Allen in for questioning. Allen said that he heard of the Zodiac Killer when he first started killing but stopped following the story because it was “too morbid”. 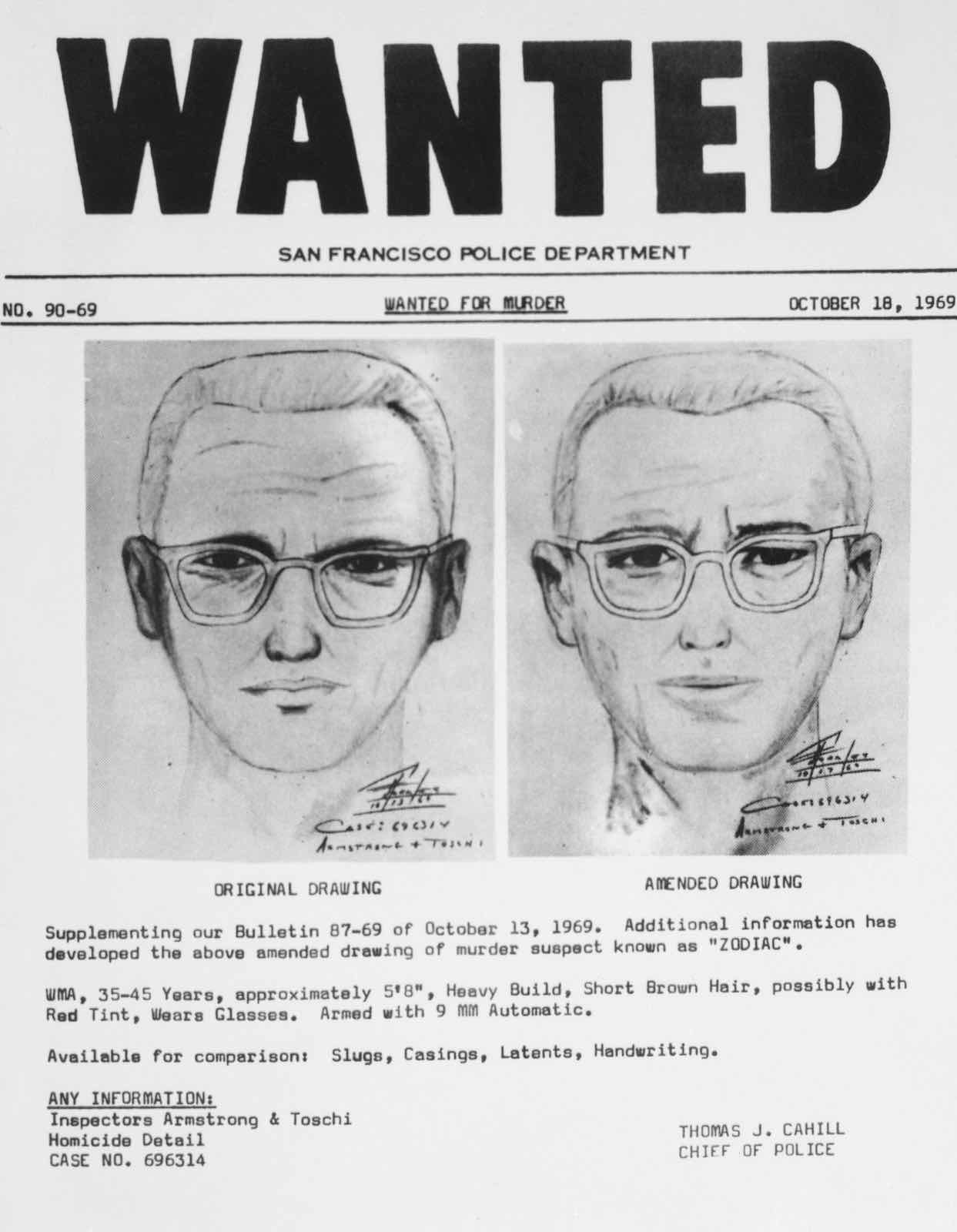 The police officers then went on to mention to Allen that he had been questioned after one of the murders took place. Allen cited a dead neighbor as a person who could confirm his whereabouts which he had never previously brought up.

Mulanax wrote in his notes about the interview “. . . without any questioning regarding a knife, Allen made the following statement: ‘The two knives I had in my car with blood on them, the blood came from a chicken I had killed.’”

Allen confessed to the police that he had an interest in guns, but only own .22 calibers. A later witness stated otherwise. To make matters worse for himself, Allen mentioned an interest in a story called “The Most Dangerous Game,” which was about one man being hunted by another on a deserted island. Cheney had mentioned the same story as one of things Allen had seemed strangely preoccupied with during one of their hunting trips. 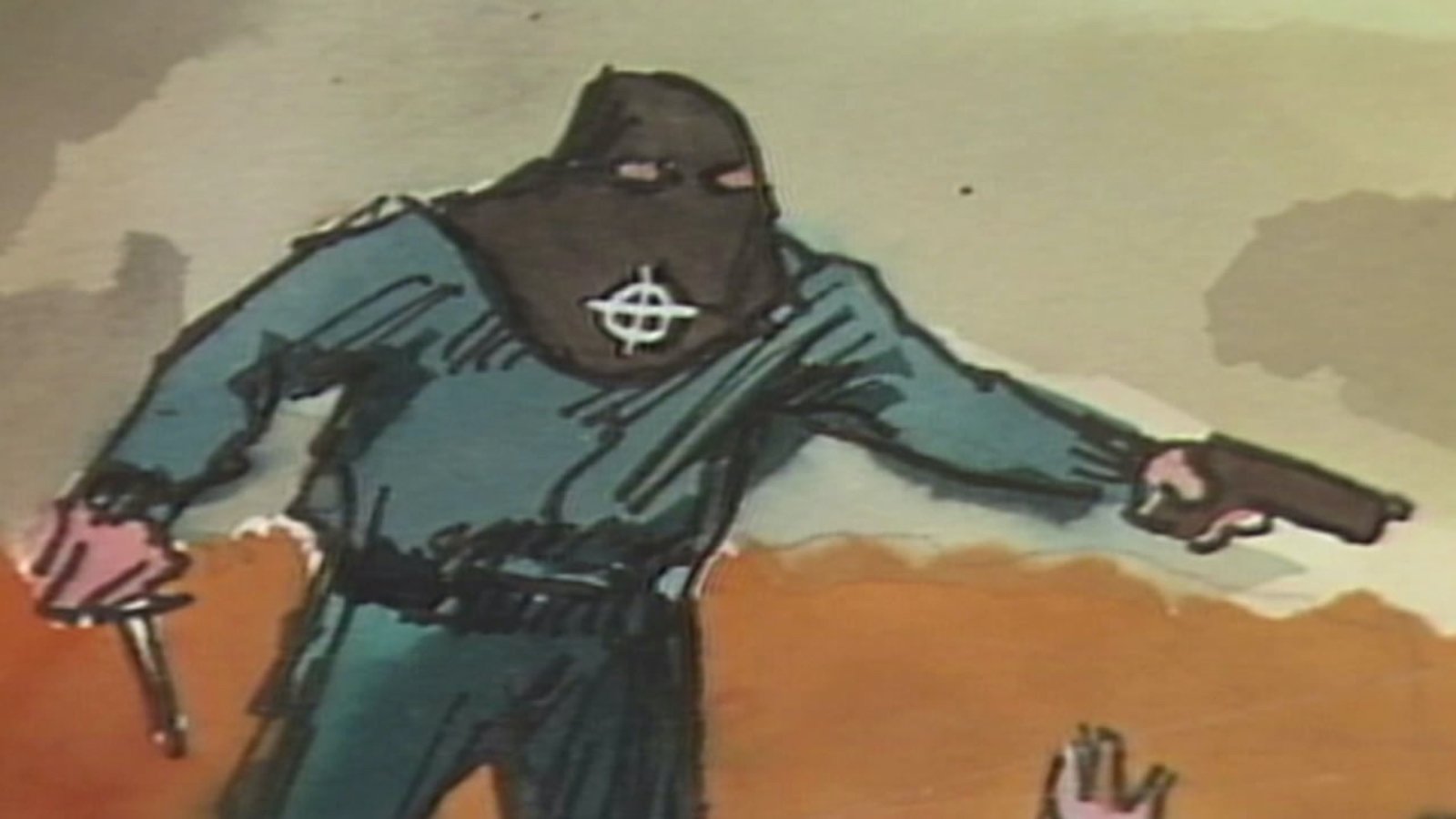 Police also questioned a G.V.R.D General supervisor named Philip Tucker. Tucker said that he and his wife had had an encounter with Allen that had left a lasting impression. They had gone to his house on one occasion and Allen had shown them a strange paper that he kept in a grey metal box. Allen emphasized how special it was that he was showing this to them because he only showed it to “very certain people.”

The note was an account of a person who had been sent to Atascadero State Hospital for child molestation. It went on and on about how the person had been betrayed by their attorney, but most importantly, it contained various symbols that looked a lot like the ones used in the Zodiac Killers letter to the police. 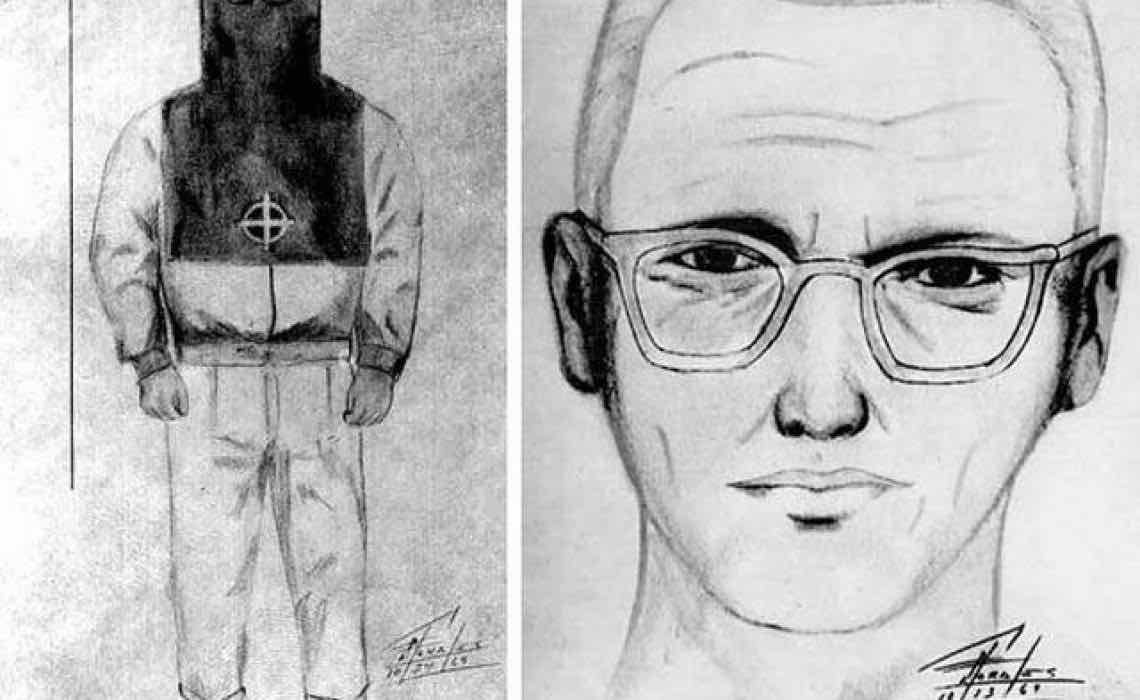 Was Allen Leigh Allen pinned as the Zodiac Killer?

Although authorities had all these interesting leads on Allen, they had no conclusive evidence he was the Zodiac Killer. It became apparent to them that they would have to search Allen’s property if they were to have any hope of finding any concrete evidence. Allen had acquired two trailers by then that police searched.

During one of their searches, Allen caught them snooping around. They requested Allen copy one of the Zodiac Killer’s letters in the handwriting of both his left and right hand since he was ambidextrous. Then they took fingerprint samples from him. 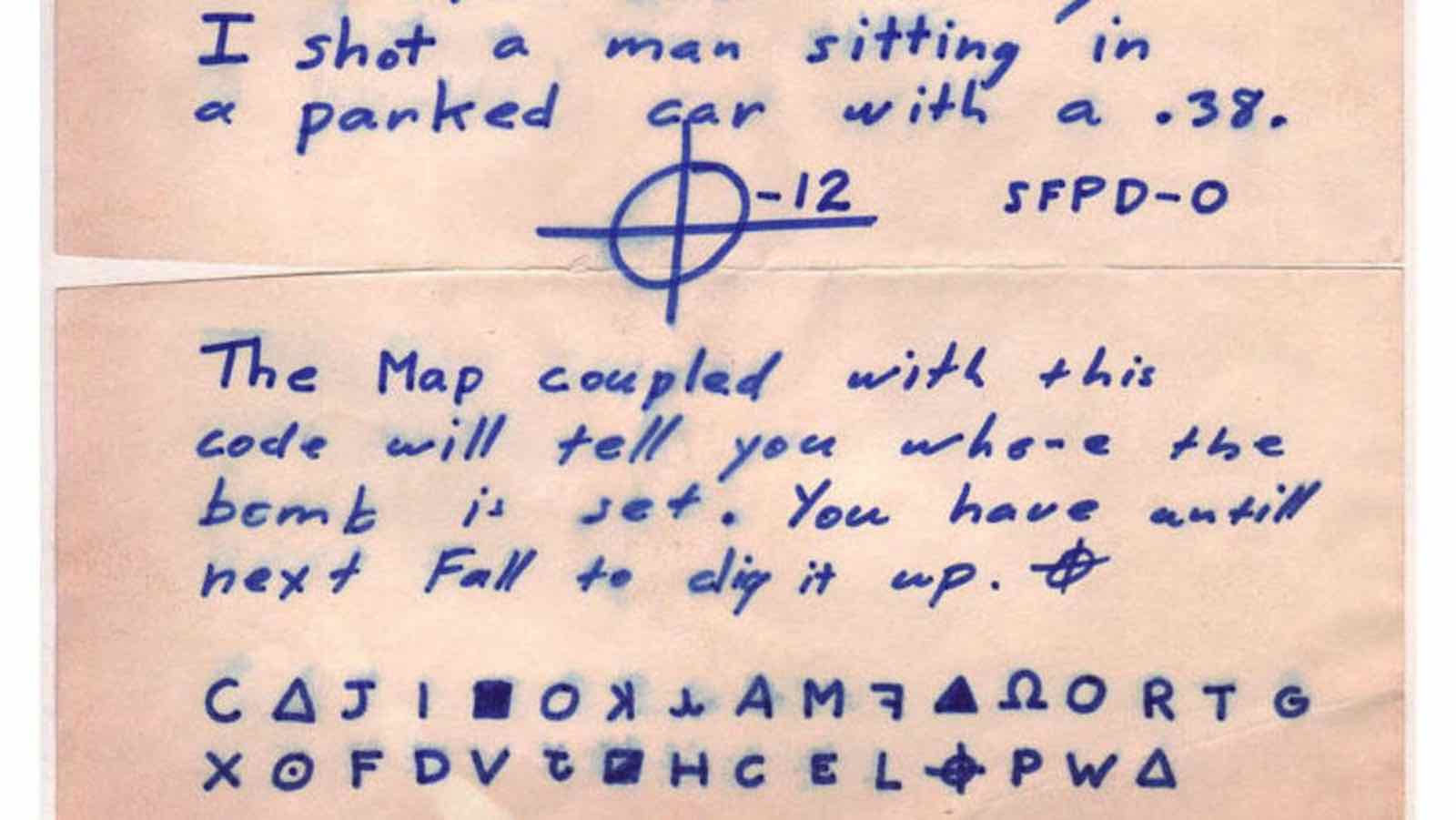 Allen asserted he hadn’t killed anyone, and apart from some dead squirrel carcasses in Allen’s freezer that he had gotten permission from the state to experiment on, authorities gathered no evidence of Allen’s guilt or disturbing nature. Both the handwriting analysis and Allen’s fingerprints did not match the fingerprint they had found on one of the crime scenes.

Police still suspected Allen of being the Zodiac Killer because they already had speculated the print might not have even belonged to the perpetrator. Unfortunately for their investigation, it had come to a dead end. They never found evidence that Arthur Leigh Allen was definitively the Zodiac Killer. Allen died from a heart attack on August 26, 1992.

The Zodiac Killer inspired the 1971 movie Dirty Harry which features Clint Eastwood. The 2007 film Zodiac is also based on the murders of the Zodiac Killer.