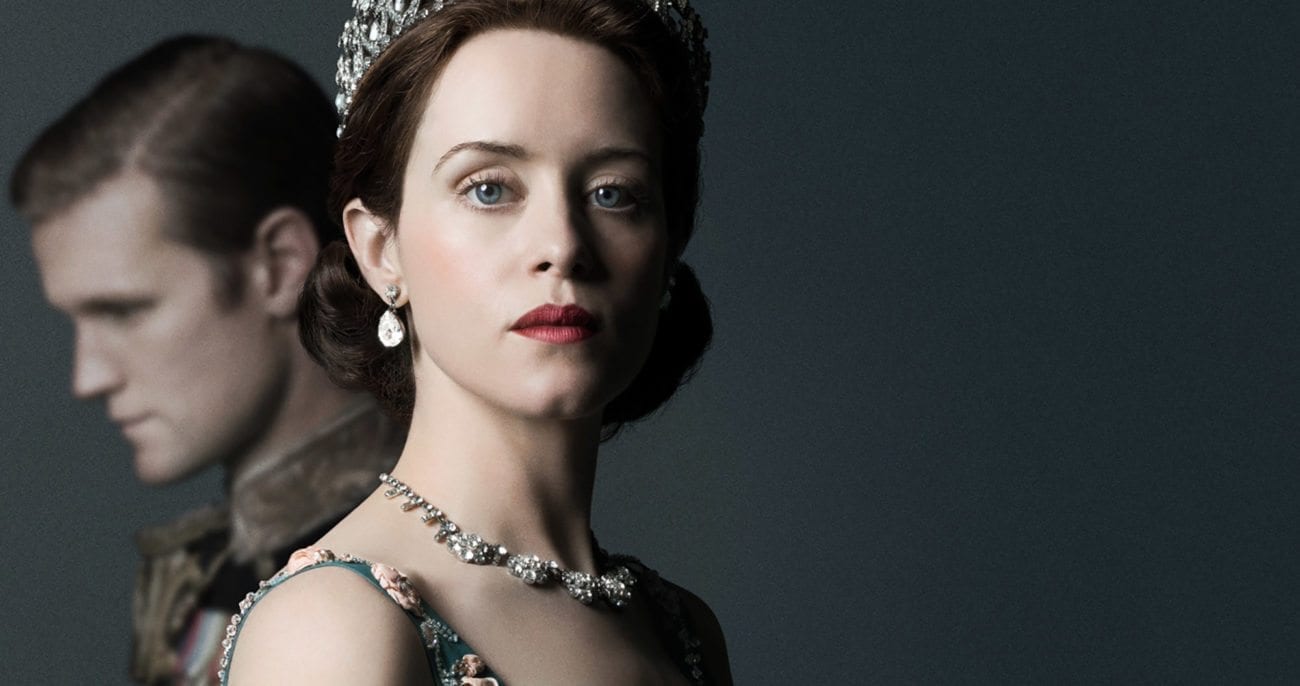 Female trouble: All the women paid less than their male co-stars

It seems even the Queen can be subjected to pay inequality. During a panel at the INTV Conference in Jerusalem on Tuesday, Netflix producers revealed Claire Foy – who played Queen Elizabeth in period drama The Crown – was paid less than her co-star Matt Smith who portrayed her on-screen hubby, Prince Philip.

Though Smith’s salary is yet to be disclosed, Foy was reportedly paid $40,000 per episode for the first two seasons of the series. According to Variety, The Crown’s producers (Andy Harries, Suzanne Mackie, and Martin Childs) indicated Smith’s high-profile role on Doctor Who meant he commanded a higher salary than his female co-star.

Mackie revealed the pay disparity will be rectified by stating, “Going forward, no one gets paid more than the Queen.” However, that likely has a great deal to do with veteran actor Olivia Colman replacing Foy in the third season of the show.

The gender pay gap in the entertainment industry has remained a consistent topic of dispute for the past year. In that time, several bombshell revelations have been made concerning various high-profile female actors who were paid considerably less than their male co-stars.

Michelle Williams failed to get All the Money in the World

One of the most staggering examples of the Hollywood pay gap in the past year came courtesy of reshoots on Ridley Scott’s All the Money in the World when it was revealed four-times Oscar-nominated actor Michelle Williams was paid significantly less than blockbuster meathead Mark Wahlberg.

While the artist formerly known as Marky-Mark came away with a cool $1.5 million for reshooting his scenes, Williams was thrown a measly $80 per diem, totaling around $1,000 – less than one tenth of what her male co-star was paid for the same job. However, upon his discovery of this glaring inequality, Wahlberg donated his complete reshoot fee to Time’s Up under Williams’s name in a bid to “support the fight for fair pay.”

Even big-shot Natalie Portman has a payday horror story

You would think an Oscar-winner like Natalie Portman would at least receive equal pay to an actor who once headlined a movie called Dude, Where’s My Car?, but apparently not. The acclaimed actor revealed to Marie Claire she was paid three times less than her No Strings Attached co-star Ashton Kutcher in 2011.

“I knew and I went along with it because there’s this thing with ‘quotes’ in Hollywood,” Portman divulged, “His [quote] was three times higher than mine so they said he should get three times more. I wasn’t as pissed as I should have been. I mean, we get paid a lot, so it’s hard to complain, but the disparity is crazy.”

E! News paid a woman less than half of what her male co-host made

In December 2017, Catt Sadler quit E! News after discovering her male co-host Jason Kennedy made close to “double” her salary “for the past several years.” Sadler shared the news on her website and wrote, “How can I operate with integrity and stay on at E! if they’re not willing to pay me the same as him?”

On the Golden Globes red carpet, high-profile women such as Sarah Jessica Parker (Sex and the City) & Eva Longoria (Desperate Housewives) blasted E! for the pay disparity, with Will & Grace star Debra Messing lambasting, “I was so shocked to hear that E! doesn’t believe in paying their female co-host the same as their male co-host. I miss Catt Sadler. So we stand with her . . . We want people to start having this conversation that women are just as valuable as men.”

In January, E! defended their decision to pay Sadler less than Kennedy because they “had different roles,” and cautioned, “there is a lot of misinformation out there.”

Grey’s Anatomy star Ellen Pompeo might be the highest-earning female actor on a TV drama right now with a combined salary of $20 million per year, but in January she revealed her former co-star Patrick Dempsey was once inexplicably being paid more than her.

“At one point, I asked for $5,000 more than him just on principle, because the show is Grey’s Anatomy and I’m Meredith Grey. They wouldn’t give it to me,” Pompeo revealed to The Hollywood Reporter. “I could have walked away, so why didn’t I? It’s my show; I’m the number one.” The actor went on to call Dempsey’s 2015 departure from the show “a defining moment, deal-wise,” which helped her to snag that “number one” salary.

According to Forbes’s list of the highest paid actors of 2017, there’s a fairly large pay gap saddled between men & women raking it in. For instance, Emma Stone was the highest paid female actor on the list. However, she was paid less than a staggering 14 male actors from both Hollywood & Bollywood. Mark Wahlberg, Dwayne Johnson (Jumanji: Welcome to the Jungle), Vin Diesel (The Fast and the Furious), Adam Sandler (The Waterboy), Chris Hemsworth (Thor: Ragnarok), and her La La Land co-star Ryan Gosling were all paid more than Stone.

Furthermore, 19 male stars earned $15 million or more between 2016 & 2017, while only five women made the same: Stone, Jennifer Aniston (Friends), Jennifer Lawrence (mother!), Mila Kunis (Ted), and Melissa McCarthy (Ghostbusters). The Telegraph pontificated the pay gap can be attributed to the preeminence of action blockbusters and a severe lack of opportunities for older women. For example, Julia Roberts (Pretty Woman) is the oldest woman in the top ten of the highest paid female stars at 49, while three of the top ten paid men are aged 50 or over.