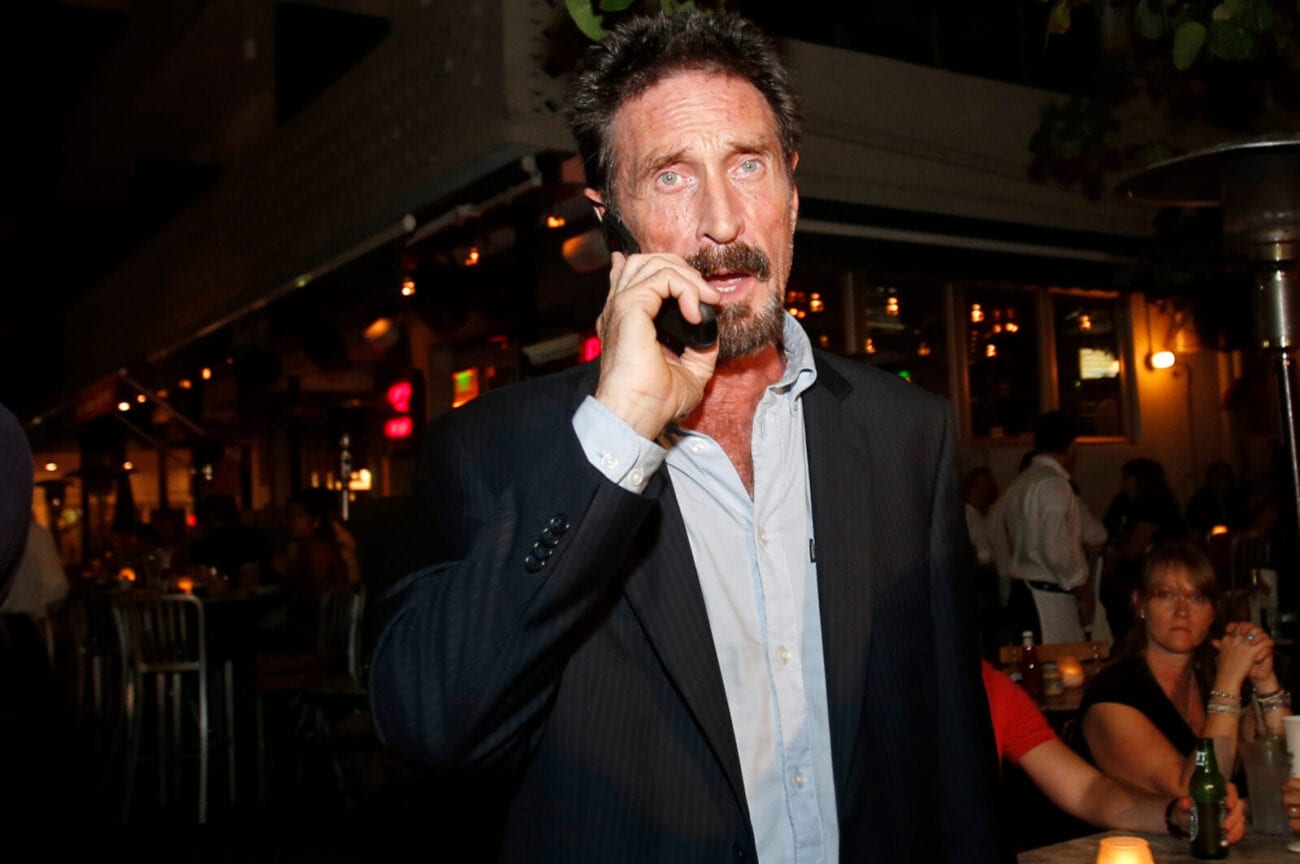 Anti-virus tech entrepreneur John McAfee was found dead after an apparent suicide attempt in his prison cell in Spain. A Spanish court approved his extradition to the United States for tax evasion charges hours before seventy-five-year-old McAfee was found. Local officials have officially ruled his death as a suicide.

John McAfee founded the antivirus company McAfee in 1987. He sold his stake in the company in 1994 and began to invest in tech companies & cryptocurrencies. He also ran for president of the United States in 2016 & 2020.

John McAfee was arrested in Barcelona on October 7th. The U.S. Securities and Exchange Commission charged him with evading taxes & failing to file tax returns. In March, McAfee was charged by the Southern District of New York with money laundering & conspiracy related to a cryptocurrency scheme. The outspoken McAfee claimed the charges against him were politically motivated. 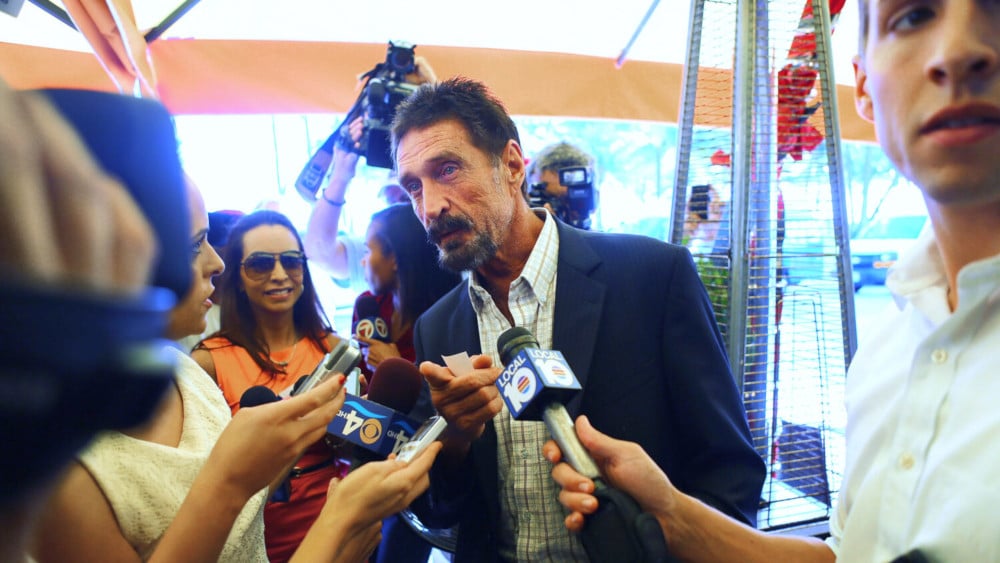 Many claimed John McAfee wouldn’t have turned to suicide even in the face of nearly thirty years in prison. McAfee’s supporters instead maintain that he was actually murdered. This conspiracy theory seems to originate from McAfee himself who tweeted that if he died of suicide in prison, it was actually the work of his enemies.

Two years ago McAfee tweeted “if I suicide myself, I didn’t. I was whack’d.” The tweet also featured a picture of a fresh tattoo on McAfee’s bicep that read “$whackd”, a reference to a cryptocurrency McAfee was promoting. McAfee also supported the theory that Jeffrey Epstein was murdered in prison. Although U.S. officials have ruled Epstein’s death a suicide, many believe he was murdered.

McAfee claimed that powerful people wanted to see him murdered because he had “dirt” on them. He also claimed if he were ever to die of mysterious circumstances then that information would become public. John McAfee was known for making bold & bizarre statements on social media. 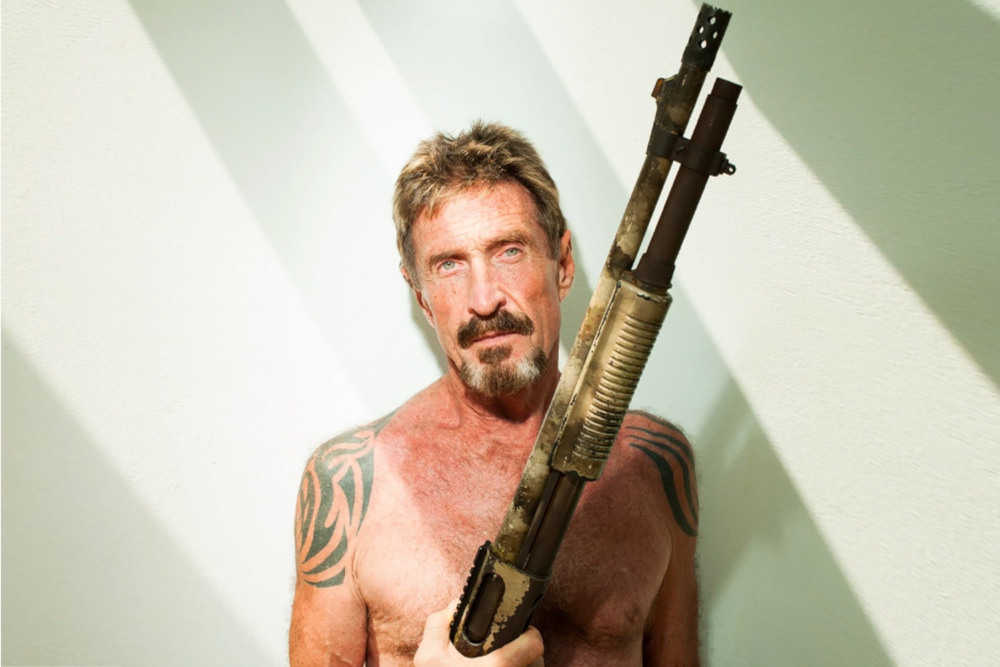 John McAfee’s wife Janie recently took to social media to make similar claims, suggesting he would be murdered to protect his powerful enemies. “US authorities are determined to have John die in prison to make an example of him for speaking out against the corruption within government agencies”, she posted on Twitter on Sunday.

Thousands of Twitter users believe that McAfee was murdered. Hours after McAfee was reported to have died, a post from his verified Instagram account that showed the letter “Q” appeared. The post was quickly removed but QAnon conspiracy theorists began to spread a hashtag supporting the claim that McAfee had not committed suicide.

QAnon supporters have claimed that various news stories were actually proof of their increasingly complicated beliefs. Some have suggested that Bill Gates controls the weather or that Ellen Degeneres was actually a CIA operative. McAfee himself posted claims that Hillary Clinton was connected to the Pizzagate conspiracy. 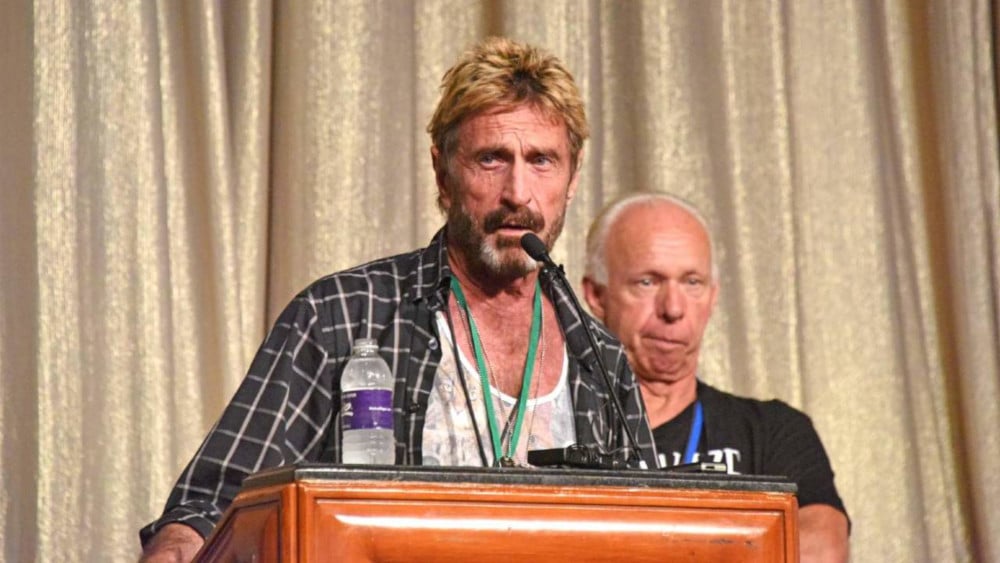 Legal troubles finally caught up to him

Edward Snowden appeared to believe John McAfee did in fact commit suicide. Snowden suggested that the U.S. legal & prison systems were so unfair to nonviolent offenders that many would rather die than face it. He also warned that Julian Assange could face a similar fate. A UK court temporarily blocked Assange’s extradition to the U.S. in January for charges of obtaining & distributing classified information.

John McAfee was no stranger to legal trouble. In 2012, McAfee was wanted as a “person of interest” in connection to the murder of his neighbor Gregory Viant Faull in Belize. McAfee fled Belize, claiming the police were out to kill him, but he was denied political asylum in Guatemala and deported back to the United States.

McAfee was arrested in Tennessee for driving under the influence and possession of a firearm while intoxicated in 2015. He was also arrested while his yacht was docked in Puerto Plata, Dominican Republic for suspicion of possessing weapons & ammunition.

Do you think that the eccentric tech legend John McAfee actually committed suicide? Do you think his powerful enemies are really responsible for his death? Let us know what you think in the comments below!