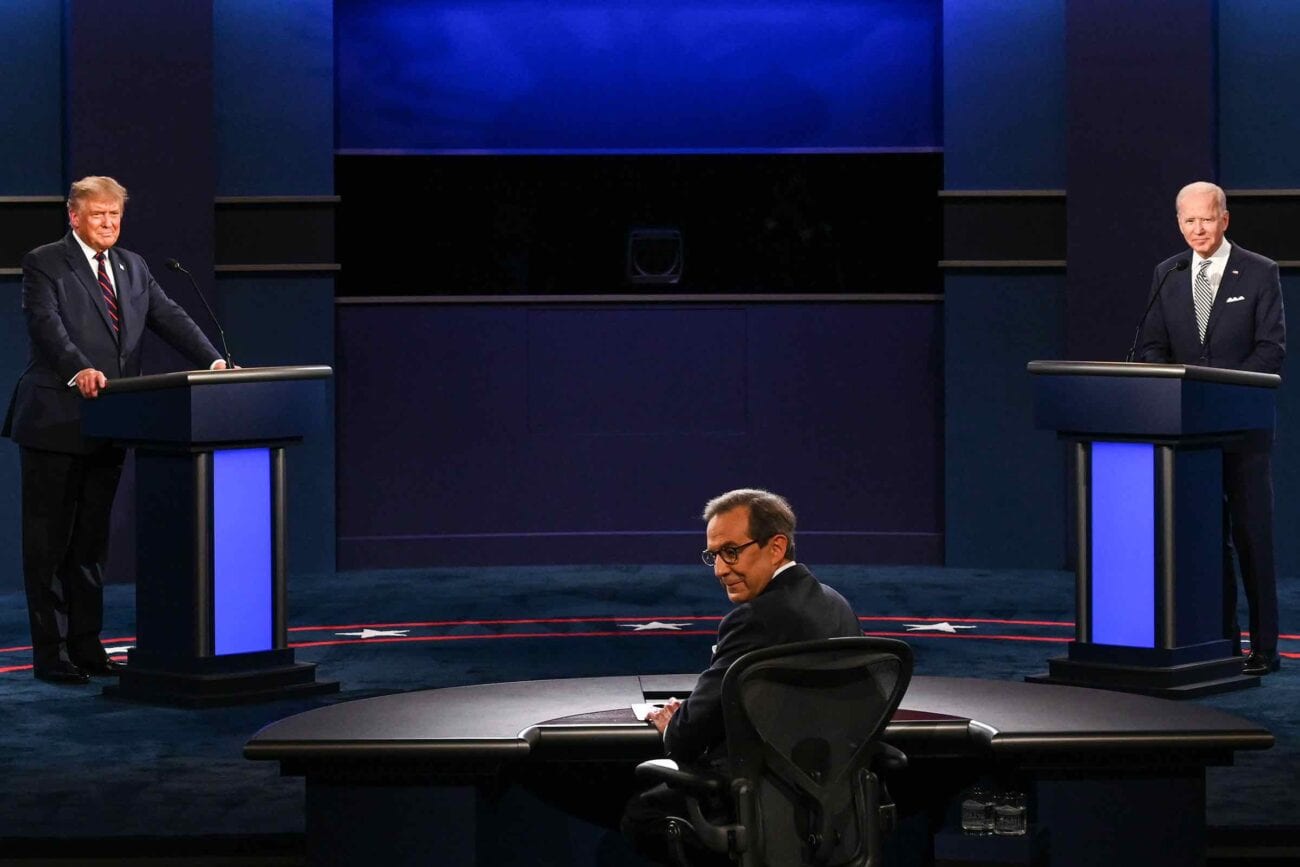 Our predictions: What a virtual 2020 Presidential Debate would look like

After testing positive for COVID-19, President Trump refused to hold virtual debates, leading the Biden team to take a different approach to the upcoming town hall meeting with voters. The Commission on Presidential Debates have had to make a series of changes because of coronavirus concerns and because the first presidential debate showed more arguing than discussion during its hour-and-a-half.

With the president’s current condition, even more changes were proposed by the CPD – this time to accommodate for Trump’s positive COVID test. While they planned to hold a virtual town hall debate, Trump declined, leading to a long day of back-and-forth between the Biden & Trump campaigns.

Here’s what happened on October 8 and what we know about the possibility of a next presidential debate. 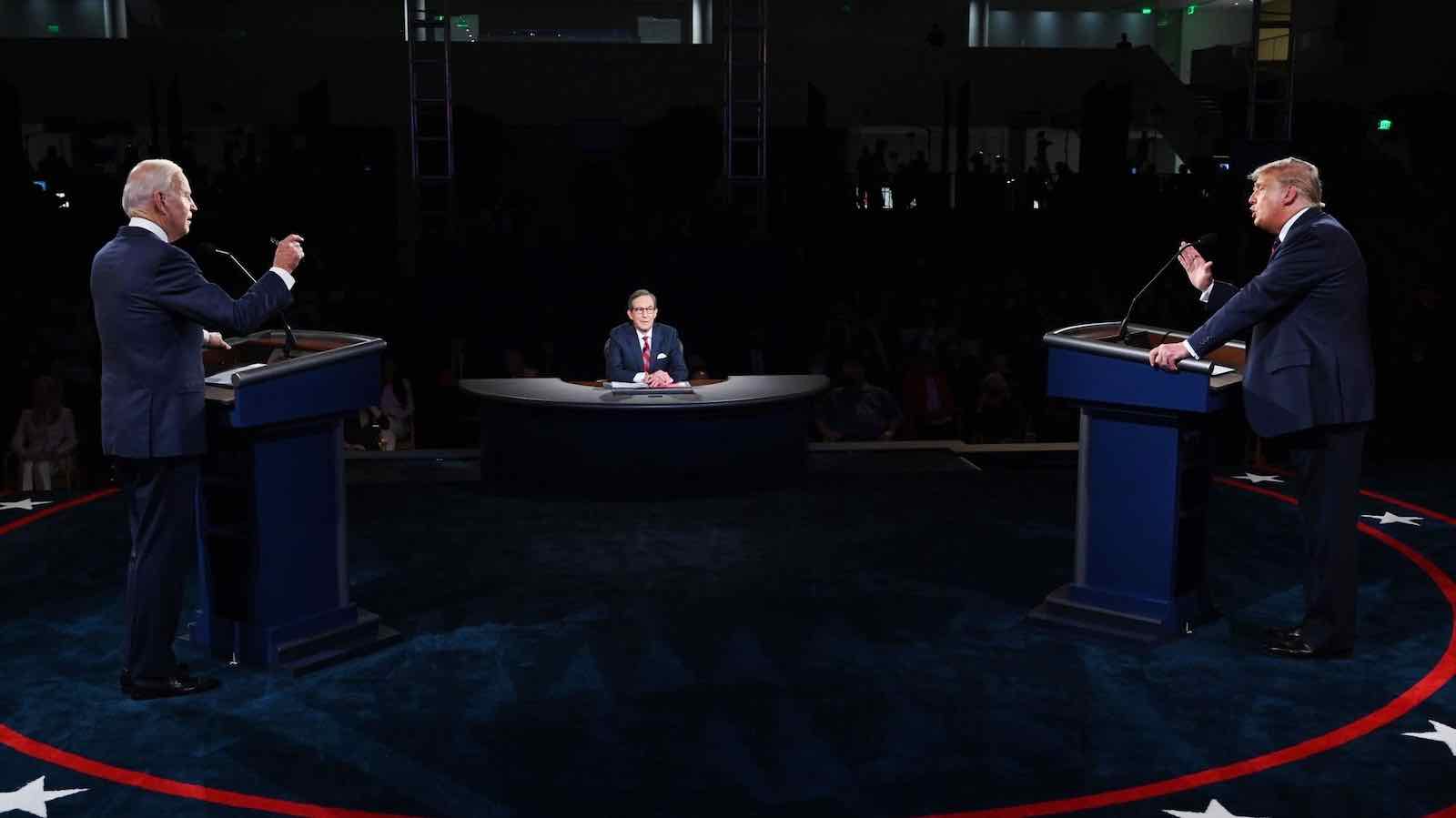 A series of changes

Following the explosive presidential debate on September 29, the Commission on Presidential Debates, which sponsors the debates, announced they were planning to make some changes to the format to allow for more discussion.

To accommodate the president’s illness, the CPD announced the second debate would be virtual, and moderated by C-SPAN anchor Steve Scully. The format changed to be a “town hall meeting”, according to The Hollywood Reporter, with both candidates answering questions from their homes. 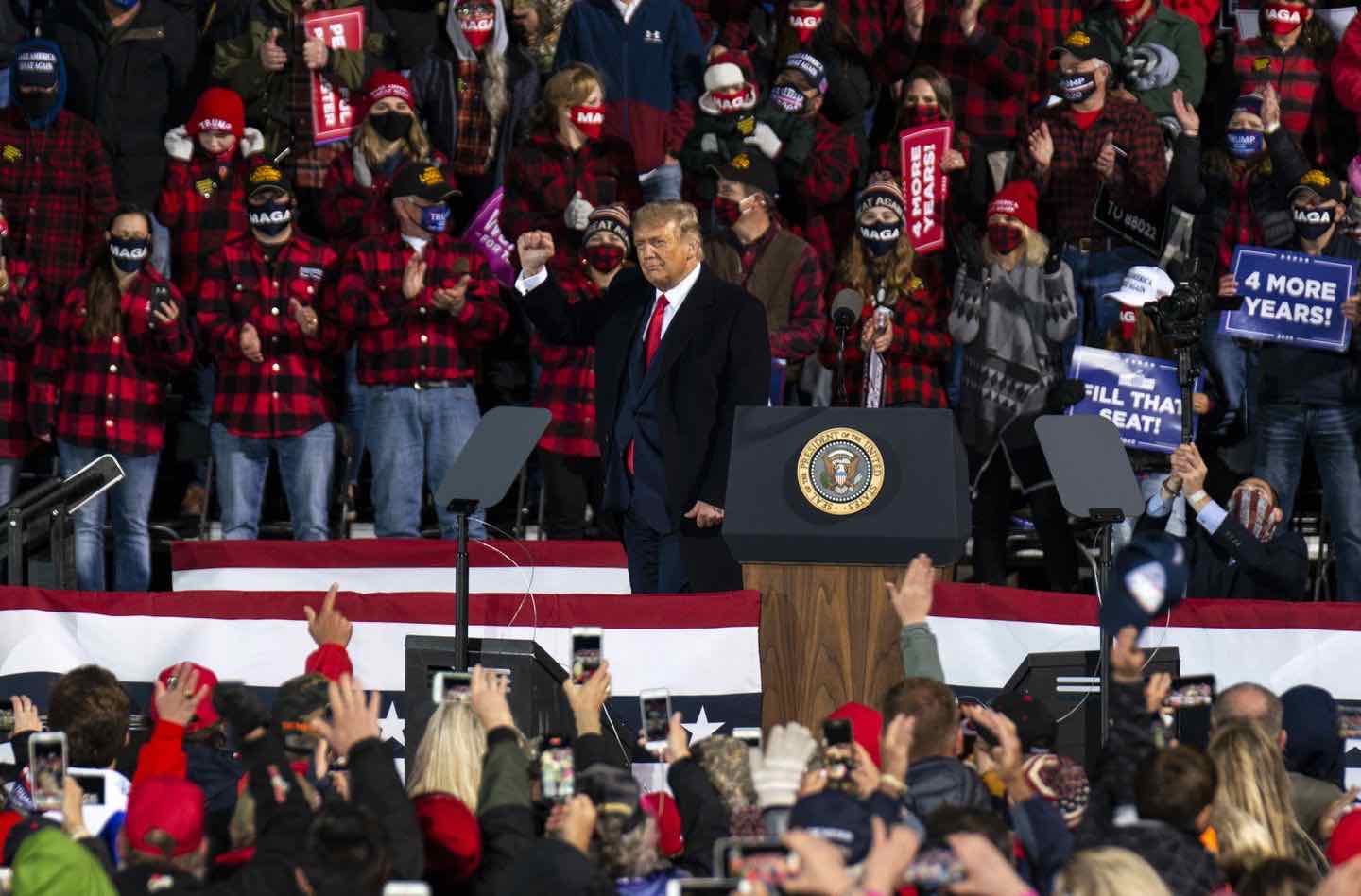 Trump went on Fox Business and said the COVID-19 measures were “not acceptable” to his campaign and announced he wasn’t going to participate because it would “waste [his] time”. He also said it would be “ridiculous” to “sit at a computer” during the debate, claiming “they’re trying to protect Biden”.

Trump’s campaign manager Bill Stepien also released a statement for the campaign: “Here are the facts: President Trump will have posted multiple negative tests prior to the debate, so there is no need for this unilateral declaration. We’ll pass on this sad excuse to bail out Joe Biden and do a rally instead”.

Following Trump’s refusal, Joe Biden released a statement saying he “was prepared to accept” the CPD’s changes. However, the campaign decided he would still be participating in a solo town hall on October 15, set to air on ABC News and moderated by ABC News Chief Anchor George Stephanopoulos. 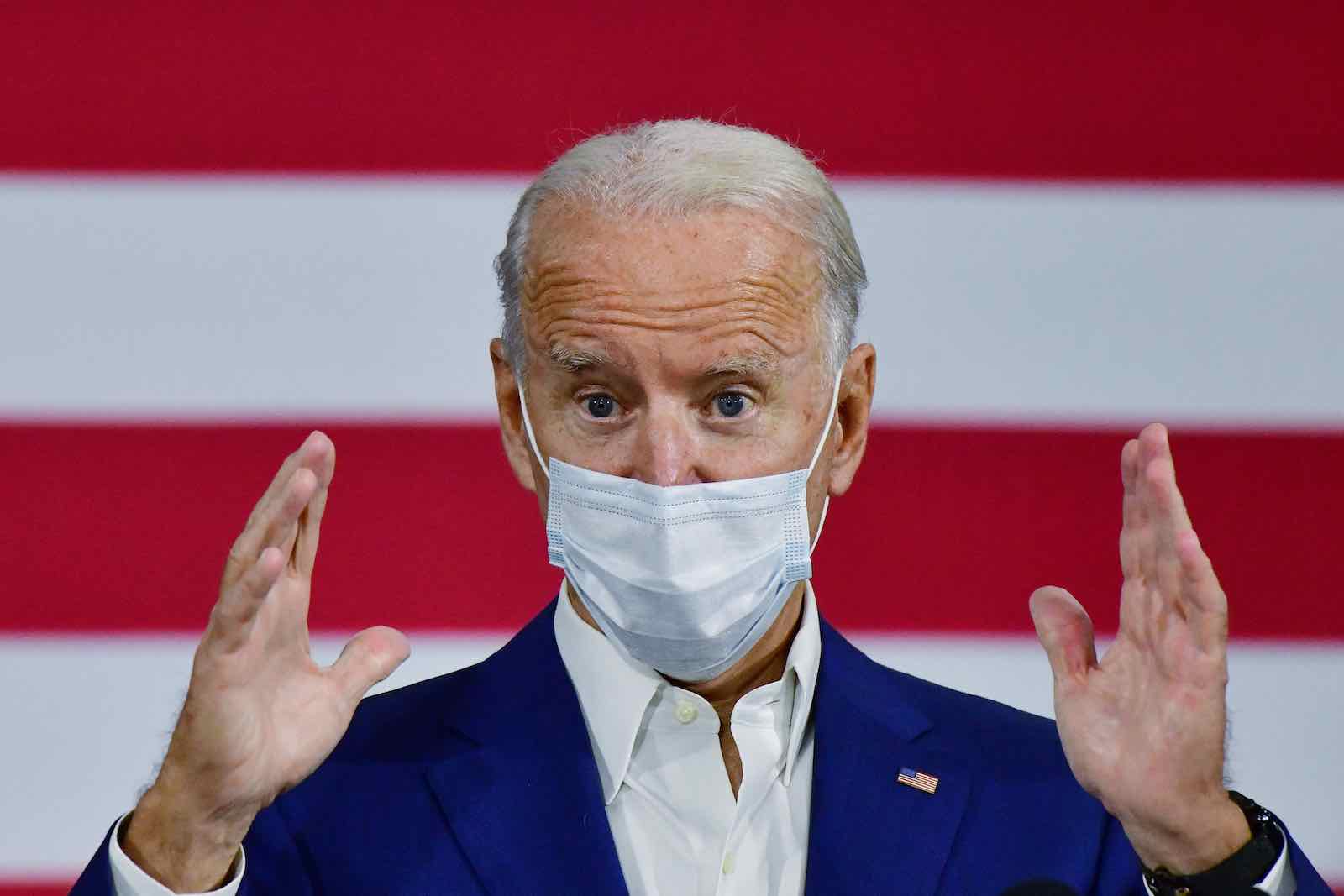 The Trump campaign said they wanted to hold an in-person debate on October 22 and suggested delaying the third debate to October 29, according to the New York Times. However, Biden’s deputy campaign manager, Kate Bedingfield, declined Trump’s changes, saying, “Donald Trump doesn’t make the debate schedule; the debate commission does”.

Instead, Biden insisted on having only one more debate. Biden’s team suggested moving the Biden-Trump Town Hall to October 22 so that “voters should have a chance to ask questions of both candidates, directly”. The Biden campaign doesn’t believe moving the third date would be unfair because “the debate dates were set months ago by the debate commission, and locked in by the two campaigns”.

Co-chairman of the debate commission, Frank Fahrenkopf Jr., told CNN the commission hopes the debate will be held on October 22 in Nashville, as what was originally planned, but it did depend on “the medical advice” they receive. Trump still hasn’t produced a negative test result to the public, so we don’t know when he last tested negative for coronavirus. It’s unclear who will moderate the next debate. 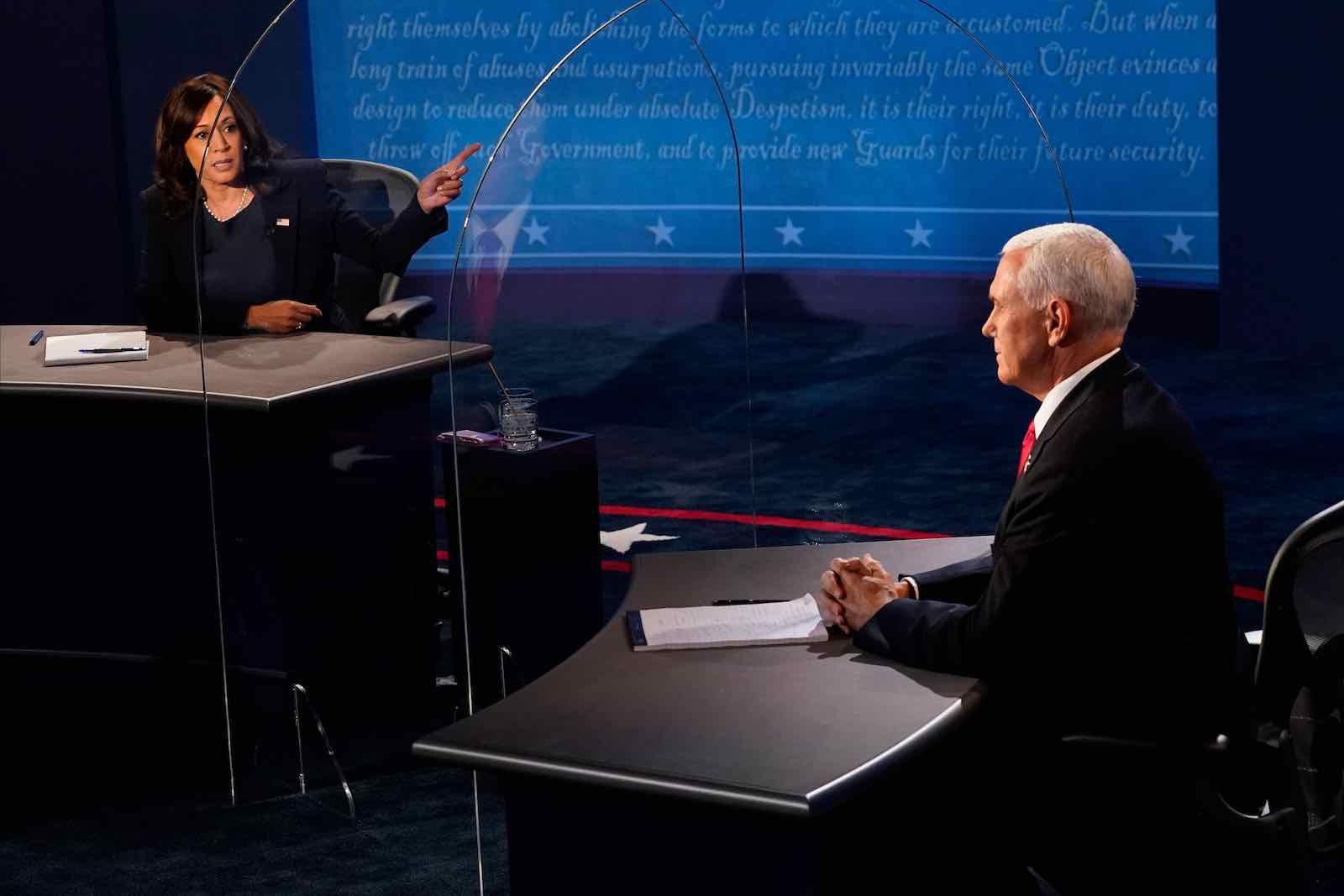 We technically don’t have confirmation from Trump as to whether the debate will even happen, especially if he’s still sick with COVID-19. Trump hasn’t produced a negative test and seemingly evaded the question when asked on Hannity. If the CPD announces virtual debates again, Trump might back out of another debate, though his actions aren’t always predictable.

Virus experts called the plastic barriers used in the vice presidential debate “pretty useless” for protecting Kamala Harris or Mike Pence from the coronavirus, according to the New York Times. Biden might be able to get away with asking for them, especially if Trump still hasn’t hasn’t shown any proof of actual improvement following his COVID-19 diagnosis.

Trump seems unwilling to back down about the in-person detail – it’s unclear if he’ll change his mind the closer we get to October 22. Trump still seems to be gearing up for a rally on October 10, but he might also back out of it if he appears too sick. People on Twitter were speculating why he kept coughing on his call with Hannity on October 8, and noticed his microphone seemed muted for a couple of seconds during the interview.