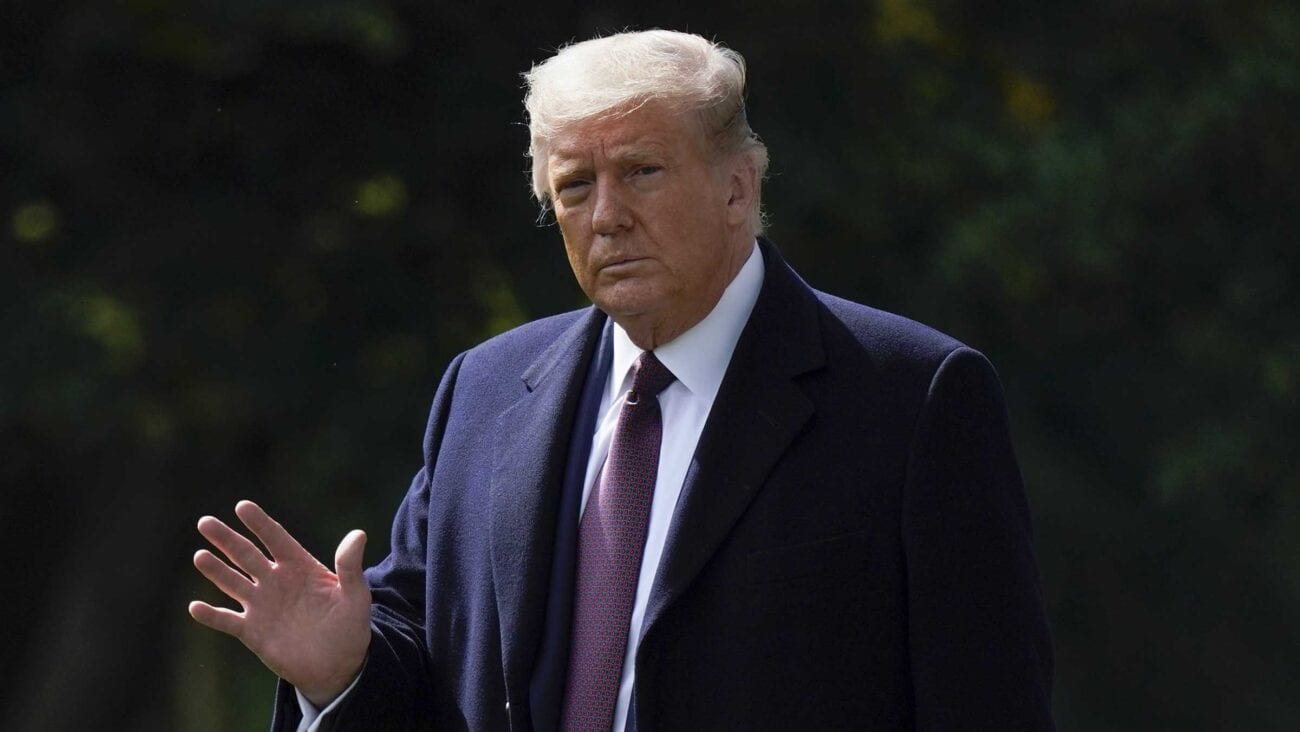 President Donald Trump is COVID-19 positive: The best memes around

In the most typical Twitter way possible, people from both parties immediately started making memes reacting to Trump’s announcement. While we don’t support anyone wishing death on the President, there are still a lot of non-threatening Donald Trump coronavirus memes to laugh at. Here are just a few of our favorite memes. 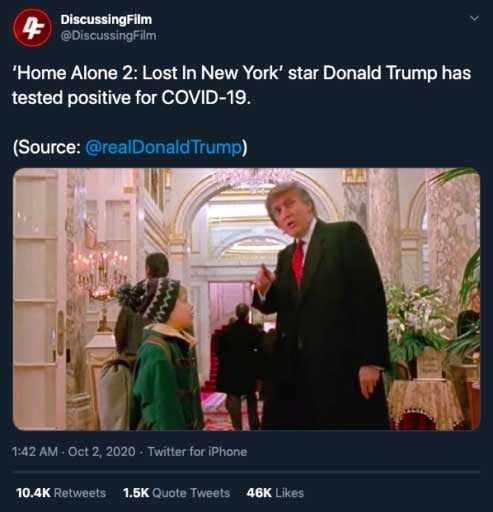 There’s definitely no other reason people would know who Donald Trump is. He’s just the guy from Home Alone 2: Lost in New York. 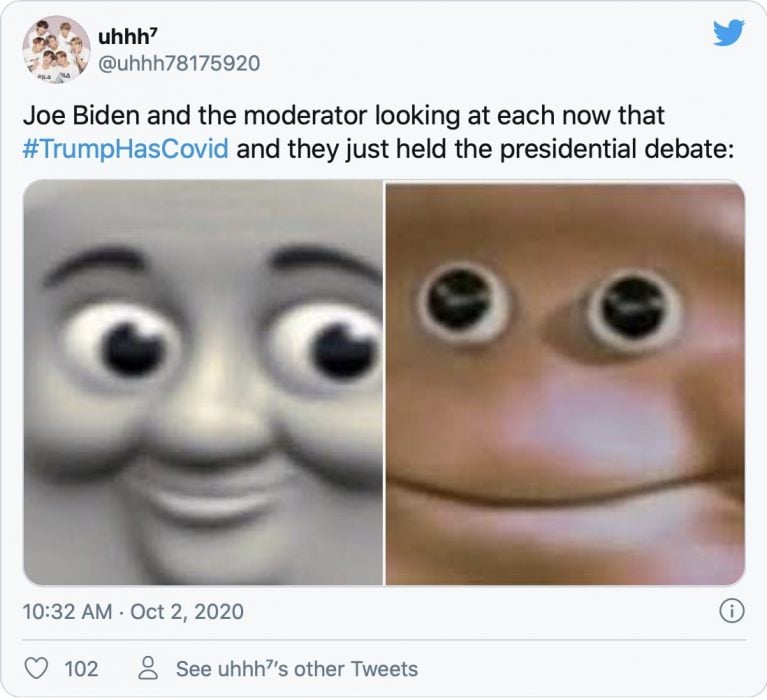 Since the three of them were all in a room together without wearing masks, Joe Biden & Chris Wallace better get tested. Biden has tested negative, and Wallace has yet to announce his results. 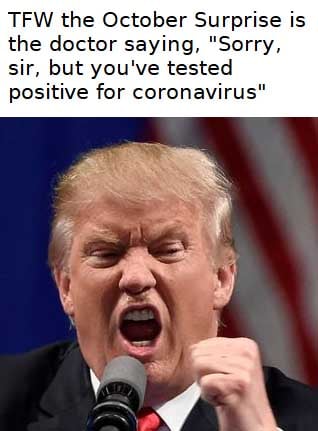 This is probably the strangest October Surprise ever 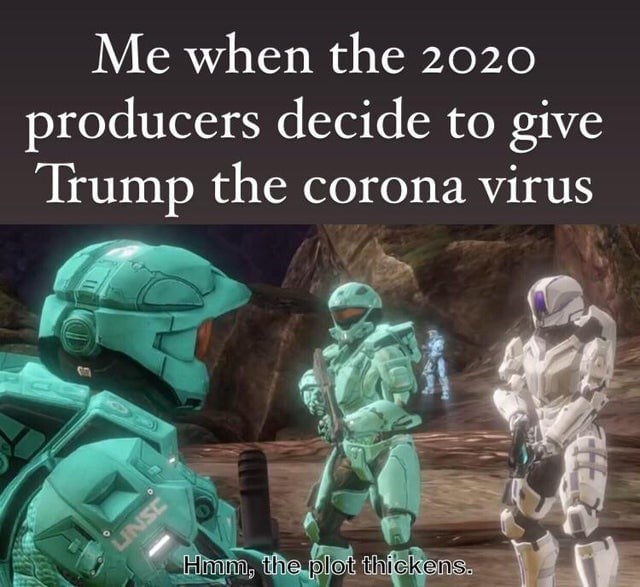 The simulation is past broken

We already knew 2020 is a bizarre year, but whoever’s writing this disaster of a year really caught us off-guard with this plot twist. 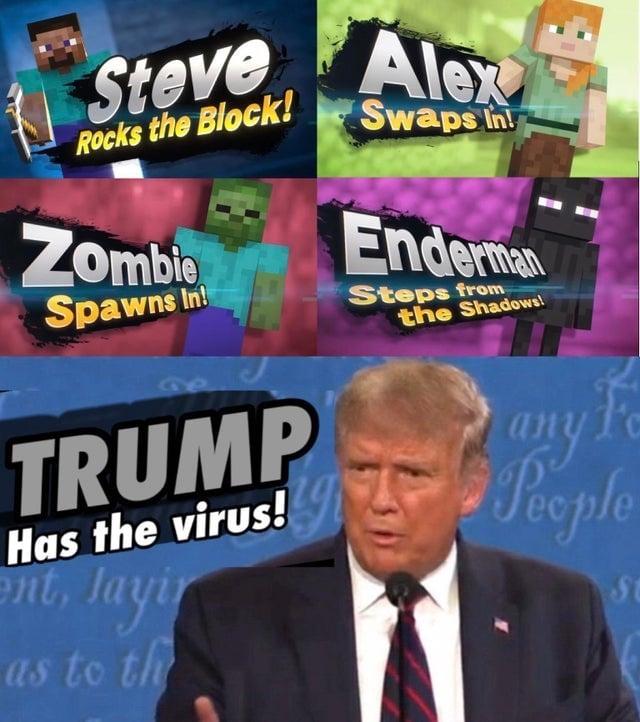 What did Sakurai know?

The Super Smash Bro. Ultimate DLC roster just got a lot stranger. And we’re not talking about the Minecraft characters. 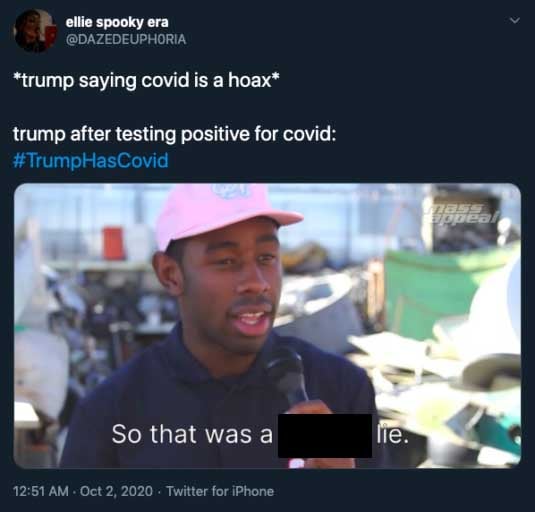 While Trump has changed his position on COVID-19 overtime, it seemed as though he didn’t think it was a real threat. We’ll have to see what going through COVID-19 does to change Trump’s opinions. 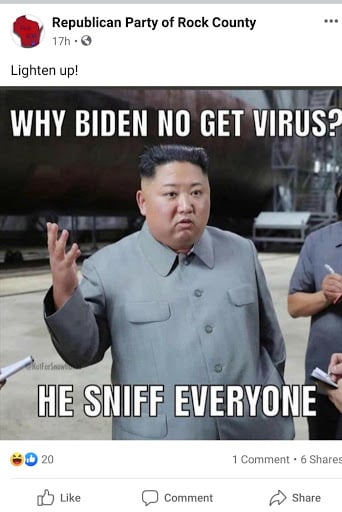 But seriously, how is Biden clean?

Sure, Biden usually wears a mask. But he still finds himself far too close to people. Plus, the awkward sniffing is still going on.

Just imagine waking up, thinking it’s a normal Friday/Saturday, and then you get on Twitter and see this news.

no, this is not a satanic cult cursing Trump and the first lady lmfao. this is a copypasta in Amharic, the official language of Ethiopia. people pair spooky passages (often religious text) with cursed images to troll in the replies, the way stans use fancams to derail threads. https://t.co/uzcXDh5sqf pic.twitter.com/ZpRwiyYuHm

In case you were wondering what all the people “cursing” Trump are saying, the tweets translate to, “Your sinful soul is beyond salvation and you know no peace or pain, only the cold of repentance is over, because your sins are greater than any mission, the end is near, the ships of sin.”

You lose all sense of taste with Covid so how long has he had it pic.twitter.com/3h5I5drCjz

A little over the top

Never let it be said Donald Trump isn’t a man who likes to show his wealth. Even if Donald Trump’s fancy apartment is meme-worthy.