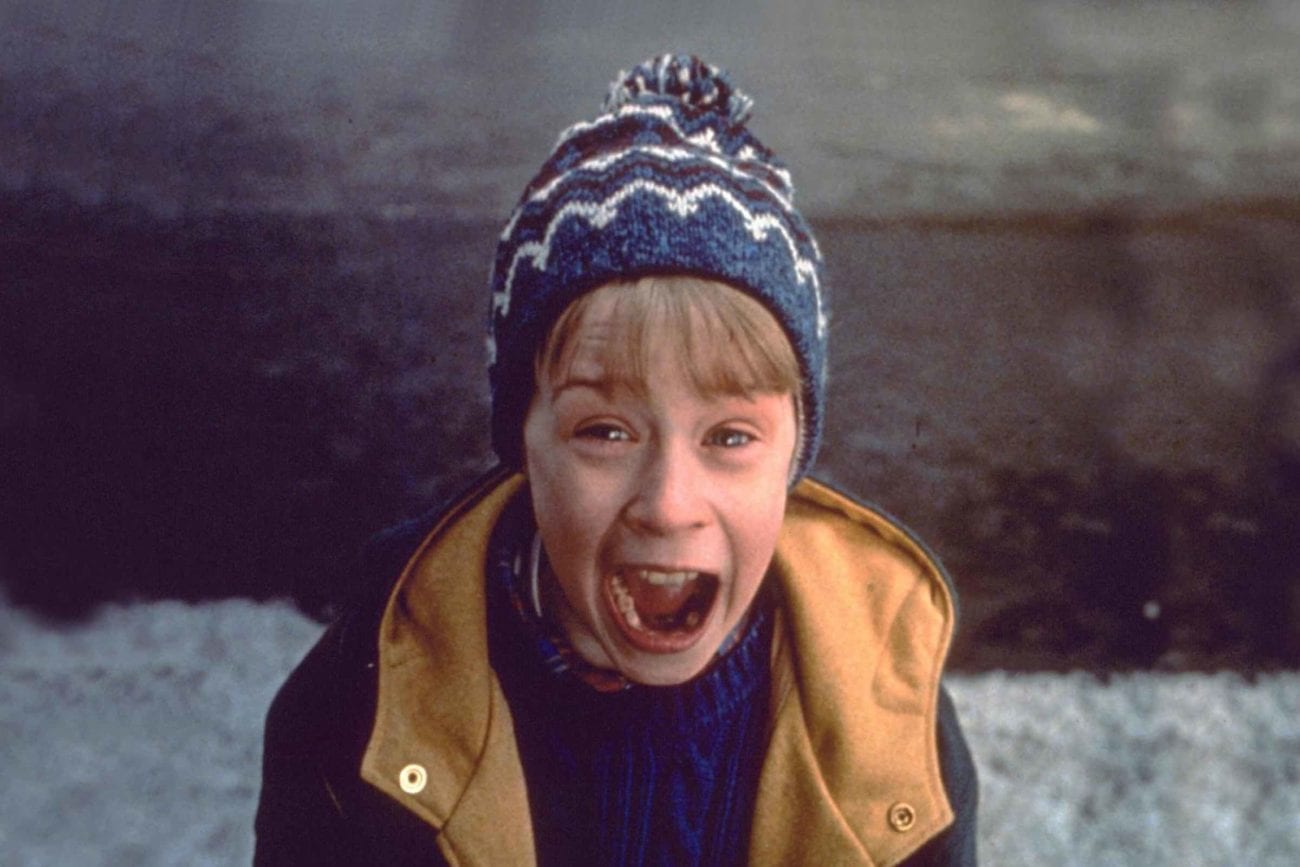 Here’s everything to know about the ‘Home Alone’ remake

If you’ve never seen Home Alone, drop everything so you can watch the 90s classic immediately. The Cliffs Notes version: an eight-year-old protects his home from a pair of burglars through Rube Goldberg-style torture after he’s accidentally left home alone by his family during their Christmas vacation.

The original Home Alone (1990) is immaculate from start to finish, one of the few Christmas movies you can watch a thousand times and never get burnt out. Highlights include: 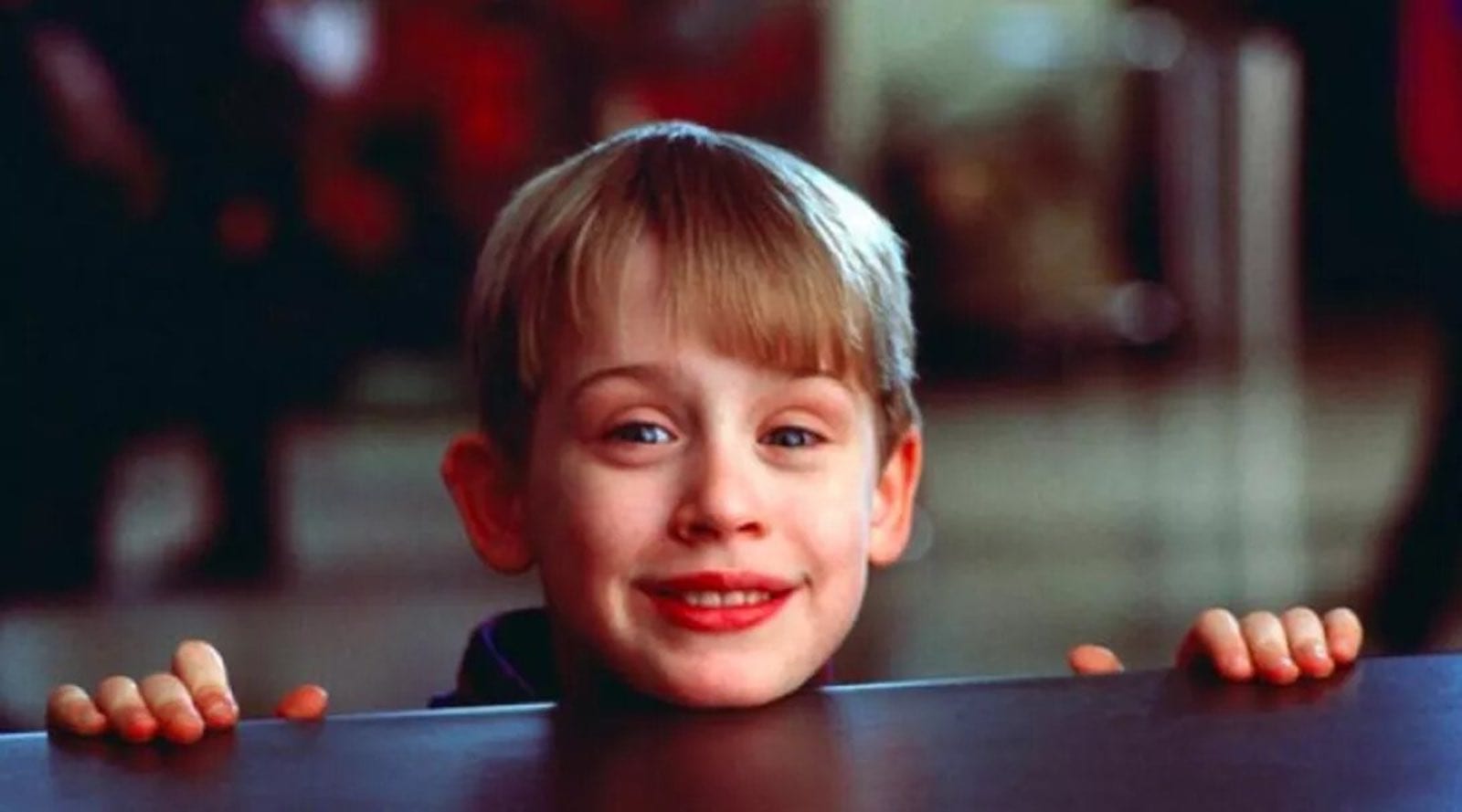 There are a series of films in the Home Alone franchise, but anyone with taste only ever acknowledges the first and second installment. Nevertheless for completeness’s sake, here’s the complete list:

Many don’t even know there are installments without Macaulay Culkin in his iconic role as Kevin McAllister. Due to that and the poor quality of the rest of the sequels, they were all flops. So when people got the news that Home Alone was getting a remake, everyone just ran for the hills. 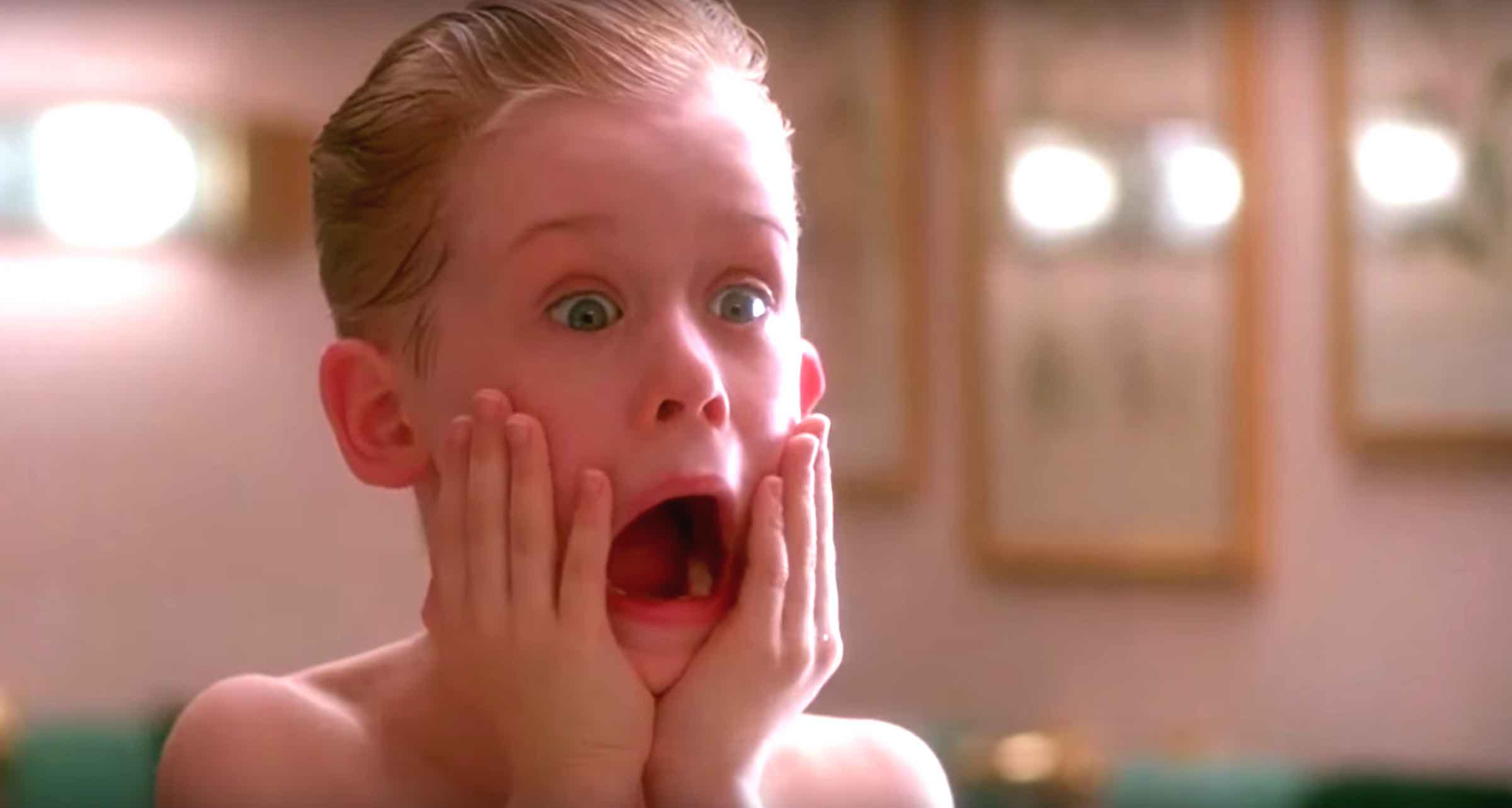 Disney has provided no details yet about how or when the new Home Alone would be remade, or who would be cast. 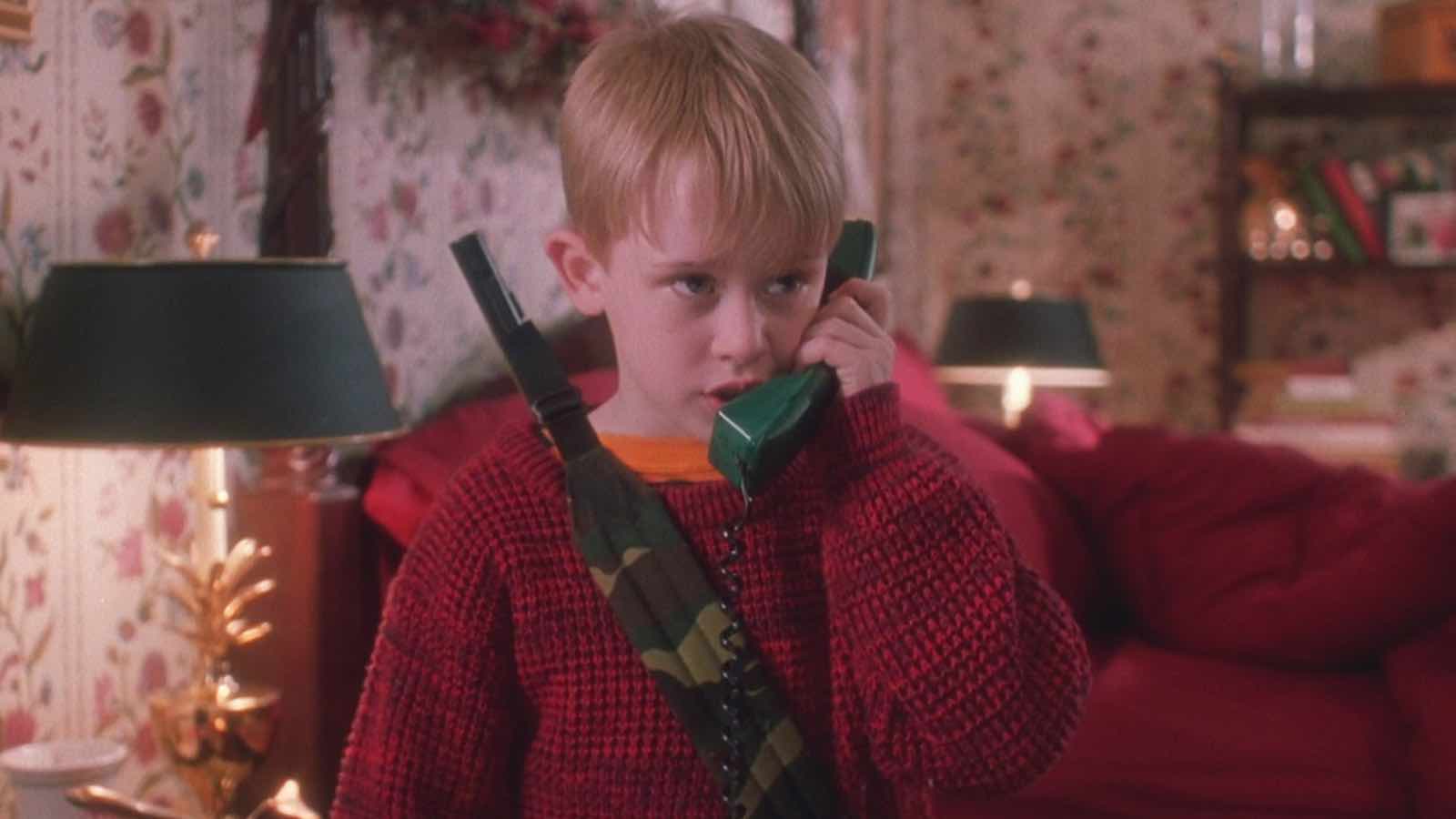 In a recent announcement during Disney’s Q3 earnings call (during which they webcast financial reports), CEO Bob Iger revealed they’re developing a “reimagining” of Home Alone for “a new generation.” The Home Alone reimagining is a part of Disney’s recent acquisition of 21st Century Fox, which includes all its intellectual property and library of films . . . like Home Alone.

Now that the House of Mouse owns the rights to the franchise, they decided they’d give the 90s family film the reboot treatment for its forthcoming Disney+ streaming service. 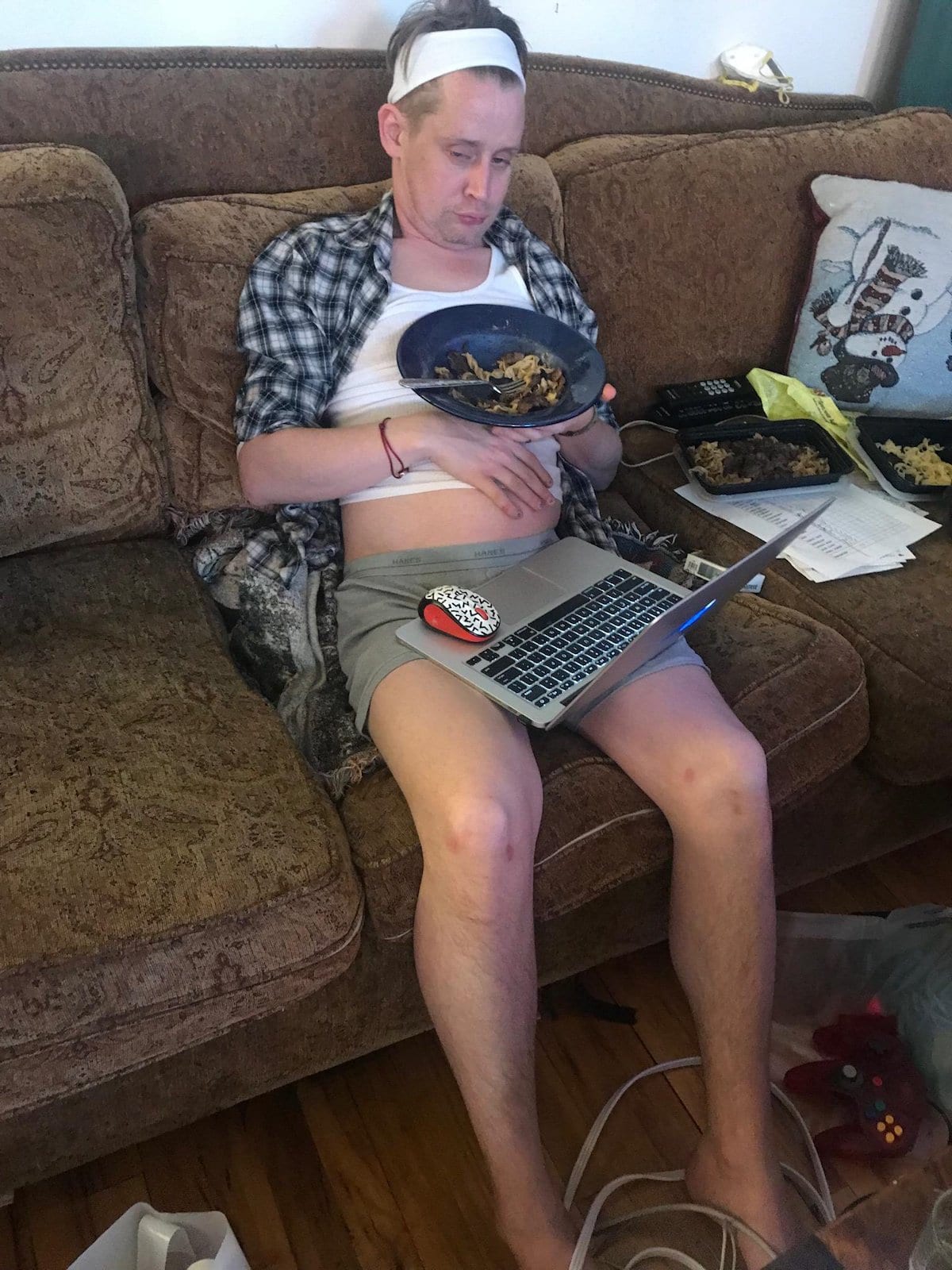 Macauley Culkin tweeted what an updated ‘Home Alone’ would actually look like.

Could this mean we may see Culkin make a return to the franchise? We don’t even think that could save it.

Home Alone became a $476 million worldwide box-office smash, a staple of Christmas television. About the reboot, host of film trailer preview show Bacon Knight’s Preview Review Sean Brett tweeted: “Nobody wants this. Want proof? There are four sequels to Home Alone that nobody cares about.”

Everyone everywhere has something to say about this remake. 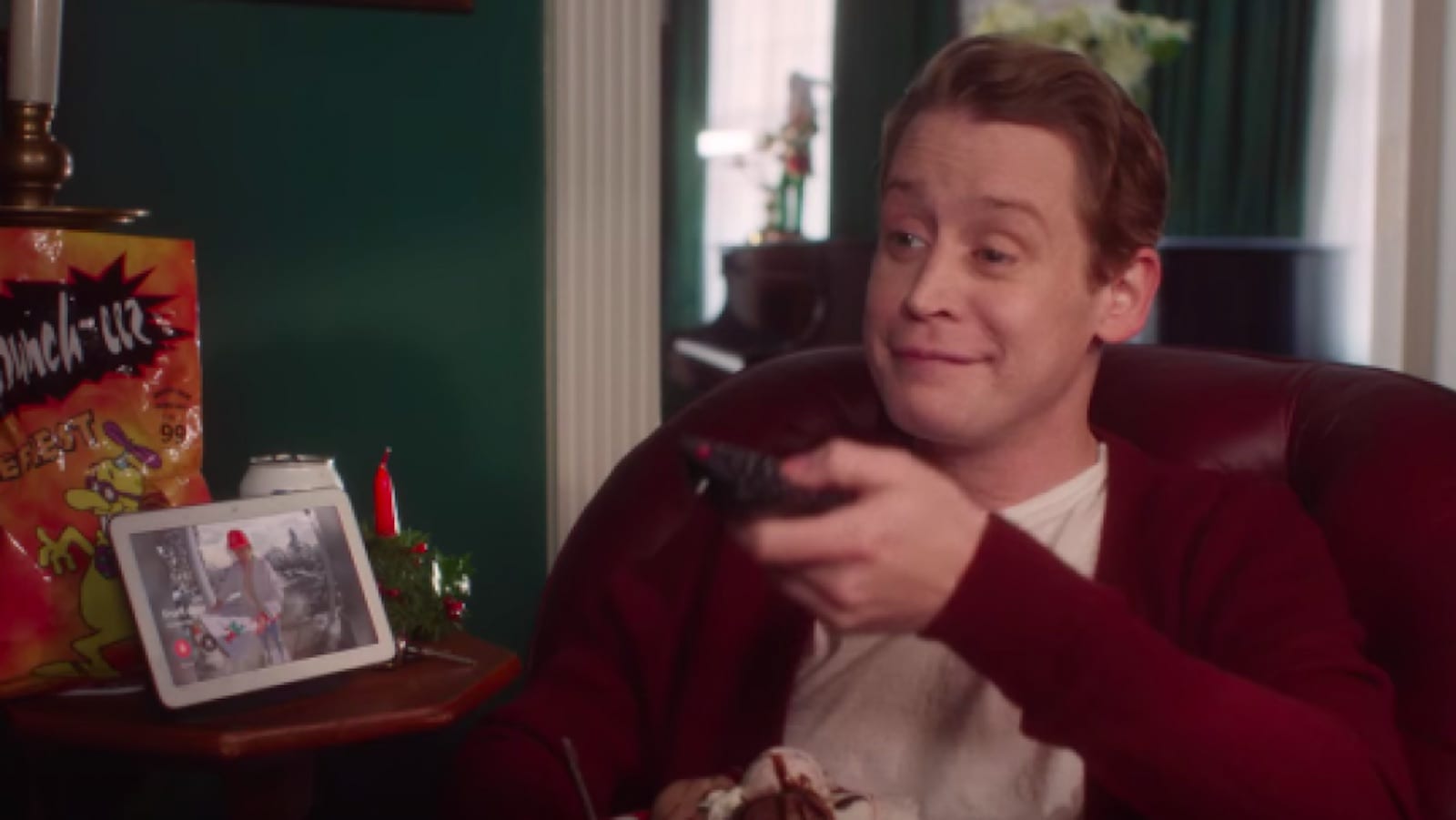 How many times must a star be born? How many times do we need to sit in a darkened theater watching Dracula suck the life out of people? How many Les Miserables adaptations do we need, really? Watching poor Fantine die abandoned and destitute once is bad enough; watching it happen four times just seems cruel.

It’s understandable why Hollywood is milking the Home Alone remake for all they can: it’s a guaranteed way to cash in on the nostalgia of an audience who remembers how much fun the classic was. That said, reinterpreting classic movies for a new audience can bring out all the issues glossed over in the original. 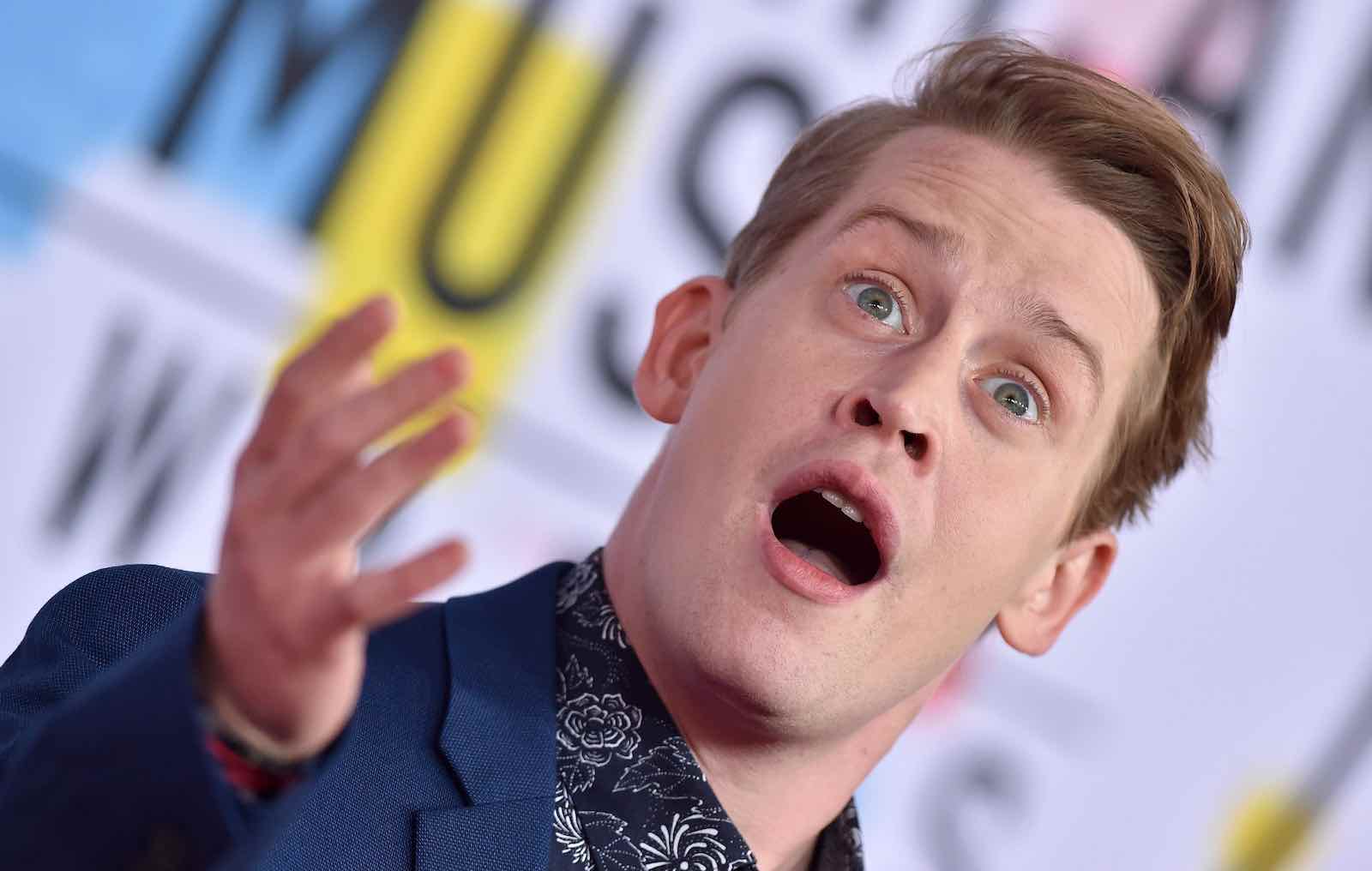 This is something that should just be left alone. There’s no need for a remake. The first two are classics and the rest in the series are trash.

Come on, Hollywood. Home Alone is a classic – get some new ideas! There are so many new script writers out there who can’t catch a break: new stories, new voices. Sigh. 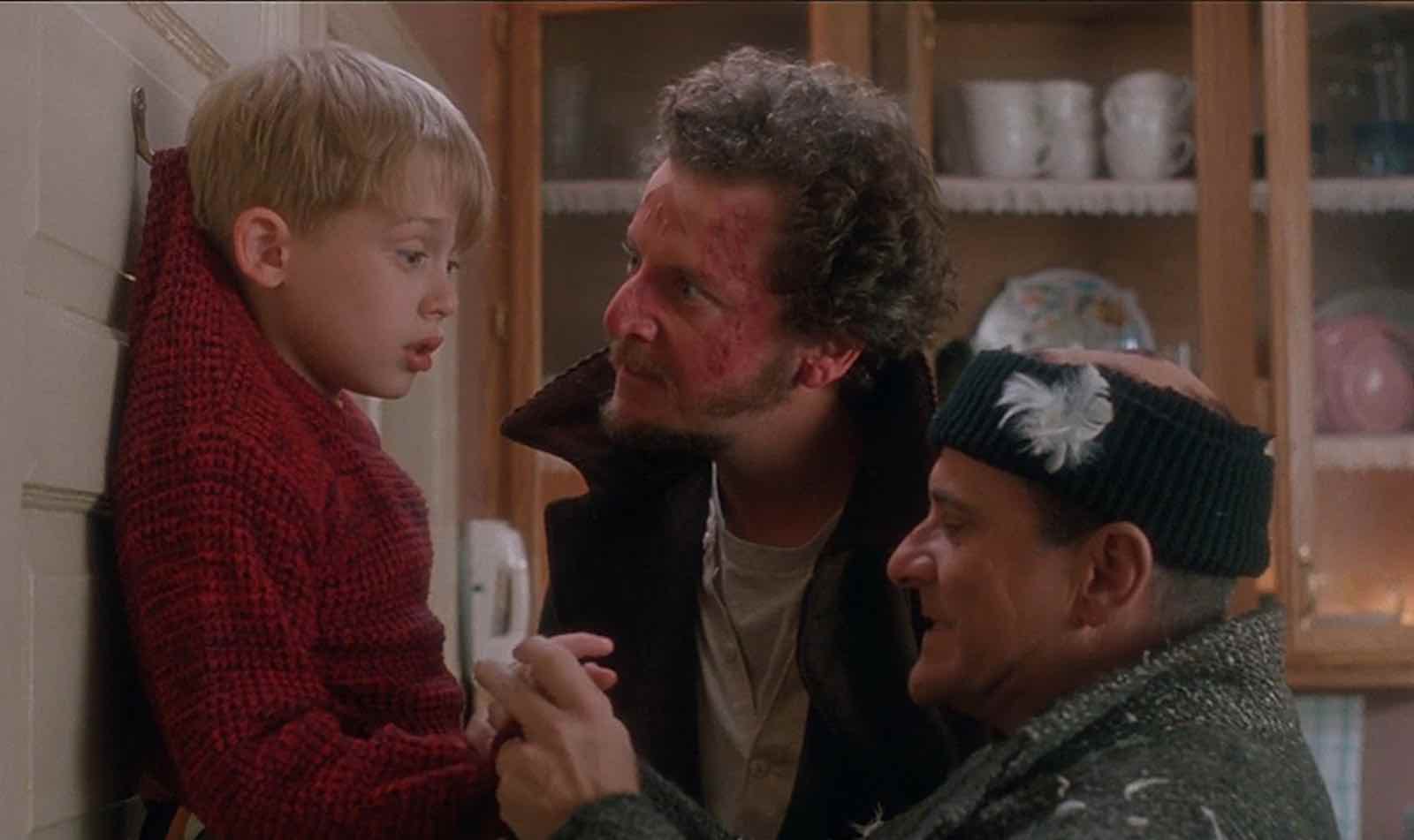 Wise denizens of the internet sagely predict Home Alone in the modern age would be more like “Home alone for 20 minutes until my folks book a Lyft to come get me.” Modern technology has been detrimental to personal privacy, but good golly has it been helpful to keep track of wayward children.

Even in the 90s, when phones only came in houses or fancy cars, the McCallister family was barely toeing the line when it came to criminal negligence for child endangerment. In this day and age? If Momma and Poppa McCallister left poor Kevin completely alone for their fancy French vacation, social services would be there to greet them the second they came back.

Also Act 1: “Yeah FaceTime him and make sure he’s okay” 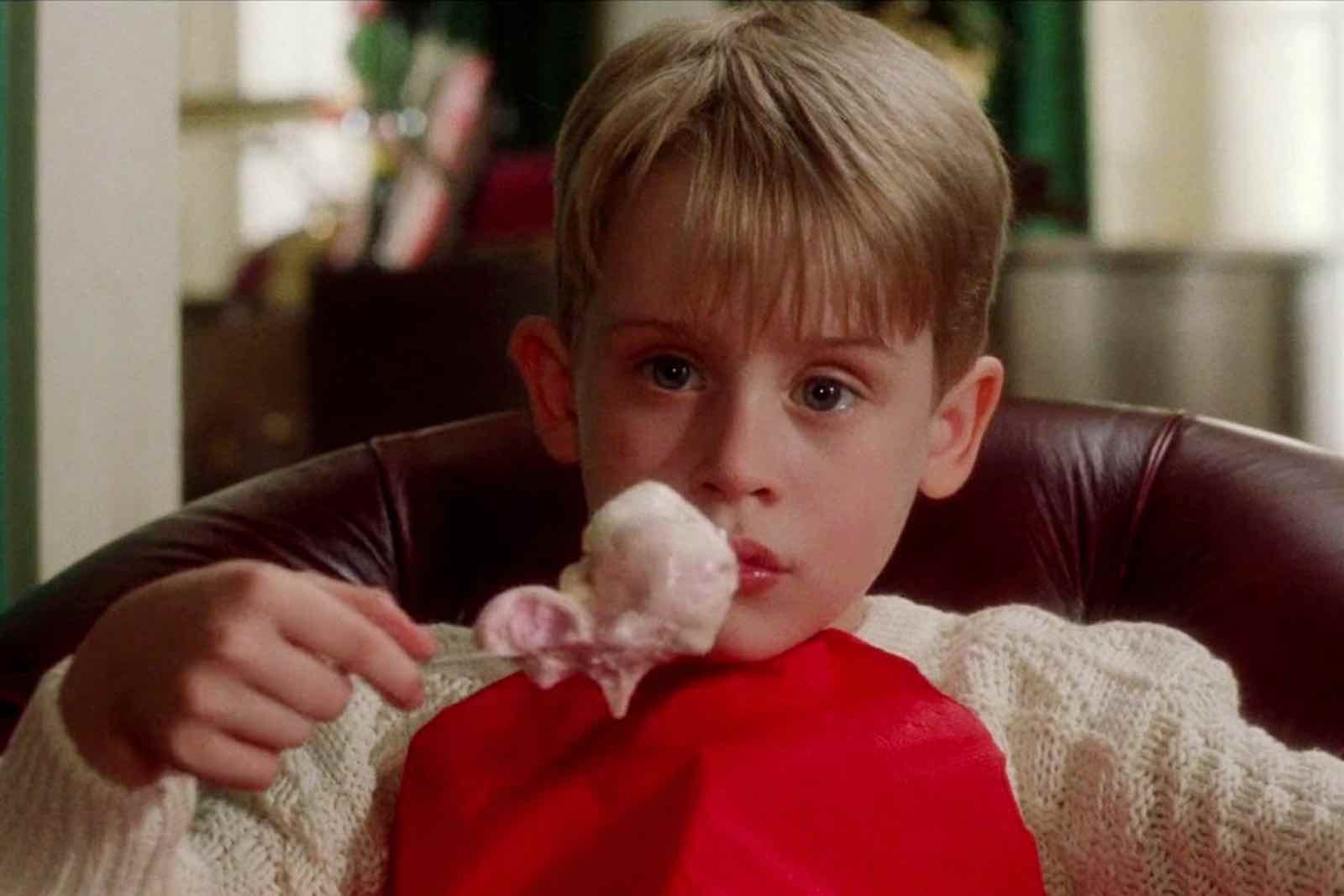 Definitely not happy about a Home Alone remake. I don’t understand why you’d mess with a classic like that. Also, how does that even work? Couldn’t the parents just text the neighbours or something?

If you must do it, get weird with it.

Carbon copy remakes of original films just serve to remind viewers of how good the classic was, and how disappointing the reboot is. We don’t want this remake, obviously – but if it truly must happen (because the film industry is creatively bankrupt), then the only solution is to get weird with it.

Get really weird with it. 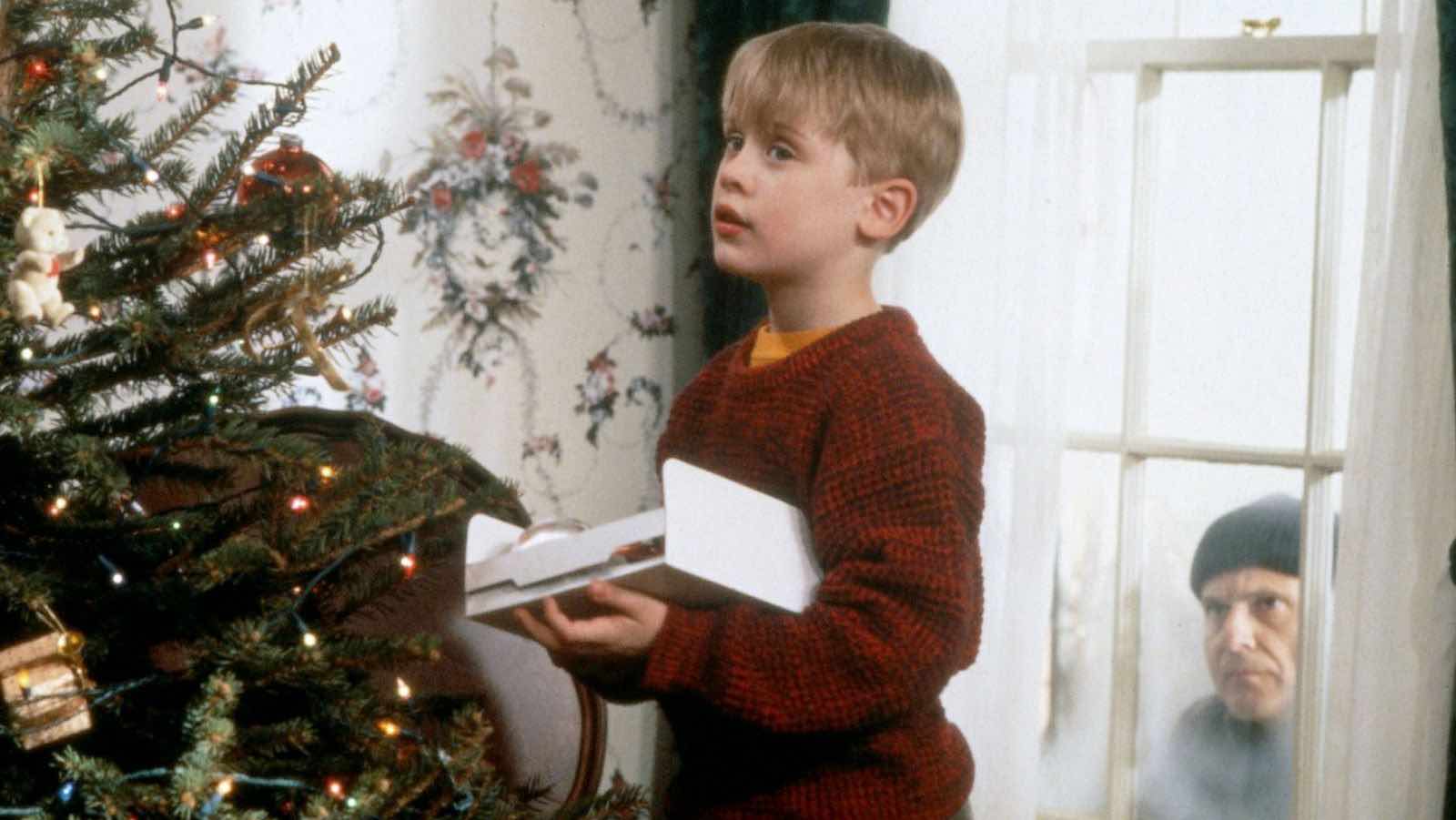 Have Kevin McCallister be a burned-out pothead still living in his parents’ home. And his parents aren’t abandoning him, they’re just trying to get away from the disappointment that is their son, loser Kevin who peaked creatively in his childhood.

Or maybe Kevin is a tiny child sociopath targeting the criminal community, Dexter-style, to let out his pent-up frustrations on a fraction of society that is often ignored by the rest: burglars.

Or maybe young Kevin bonds with the criminals in a way he wasn’t able to bond with his own family. At the end of the film, Kevin heads off with them, Peter Pan-style, to live a life of crime in a family that truly loves and respects him. 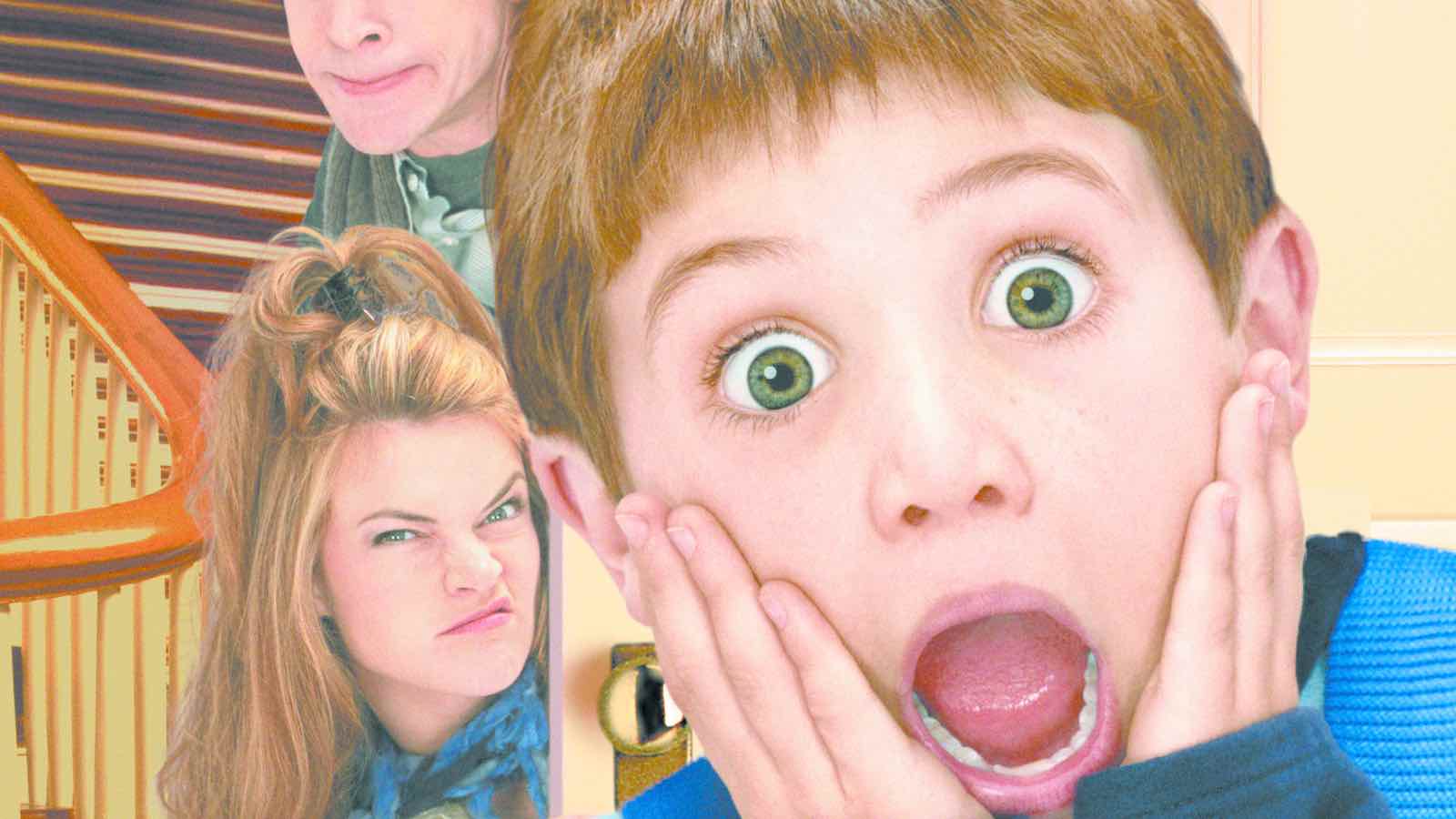 [Culkin] should play Kevin: still living in his parents’ basement, only they’ve forgotten that he lives in their basement and have moved away. The “robbers” are actually the new  family who bought the house.

The [Home Alone reboot] ends with Kevin brutally murdering the family with whimsical Saw-esque traps and then surviving on the remains, because he’s too traumatized from decades of neglect at the hands of his parents to feel safe leaving the house.

We’ll call it Home Alone?. Coming Christmas 2020. The reboot to murder all reboots.

No, no – it should totally be this: after the last time he was left Home Alone, Kevin was never the same. Years of suppressing his lust for battle has left Kevin a shell of his former self – that is, until one morning he woke up in a strange place with no idea how he got there. Macaulay Culkin stars in Dungeon Alone. When you don’t have a body, no one can hear you scream! A Dungeon Core LitRPG adventure 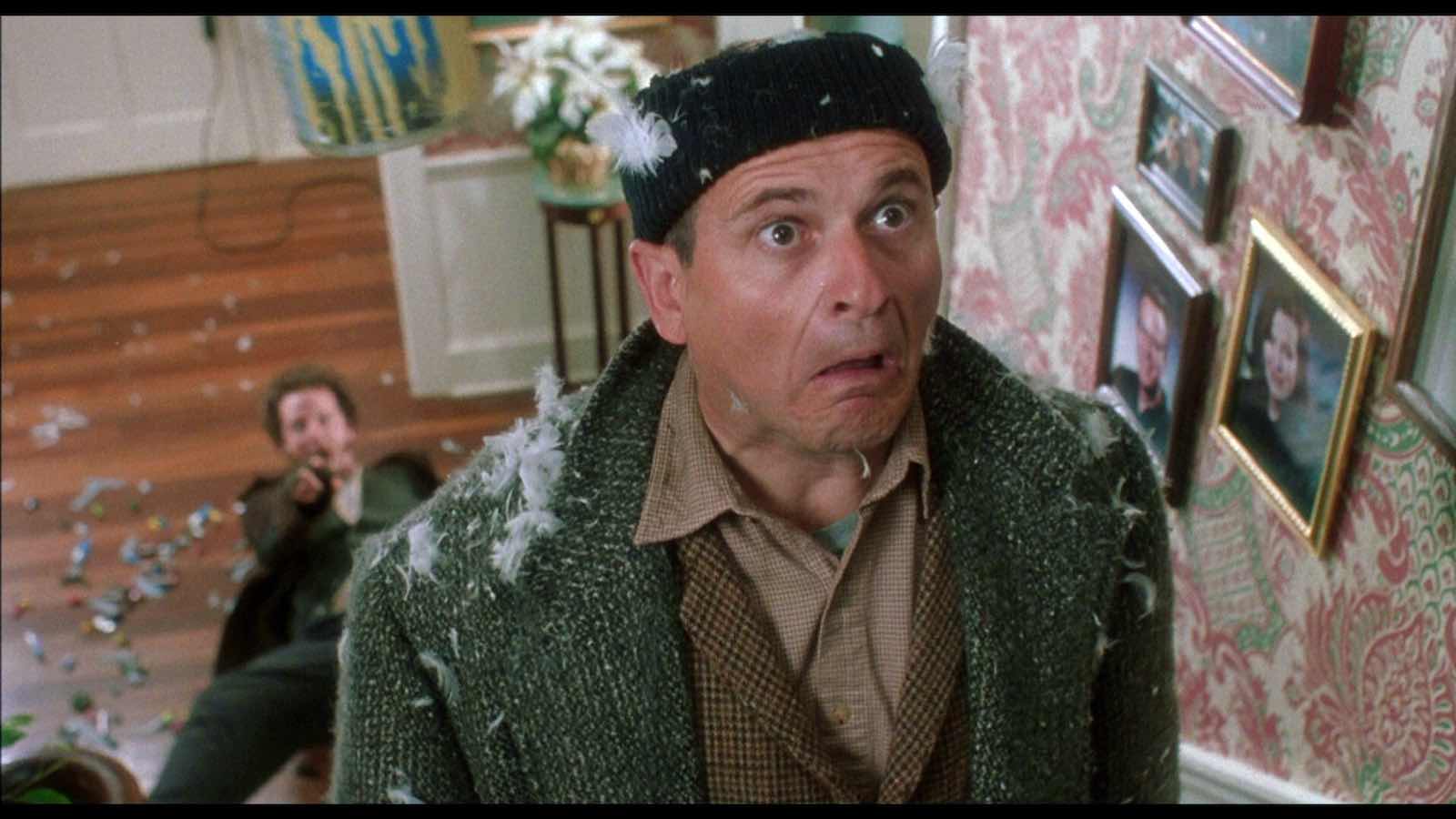 I hope it’s more of a remake along the lines of Mary Poppins Returns, which IMO takes the original and pays a lot of homage, but manages to be its own thing. It sounds like it’s straight to video, so at least we’ll all get to judge for ourselves once it hits. I’m not optimistic, but we’ll see . . . .

The internet has spoken, and it’s pretty salty about the potential Home Alone Remake. The classic plot wouldn’t make sense today, and if it’s set in the past, it’ll only remind us how superior the original was. Like most remakes, Home Alone 6 seems completely unnecessary – but when has that ever stopped Hollywood before? Good luck, ya filthy animals. 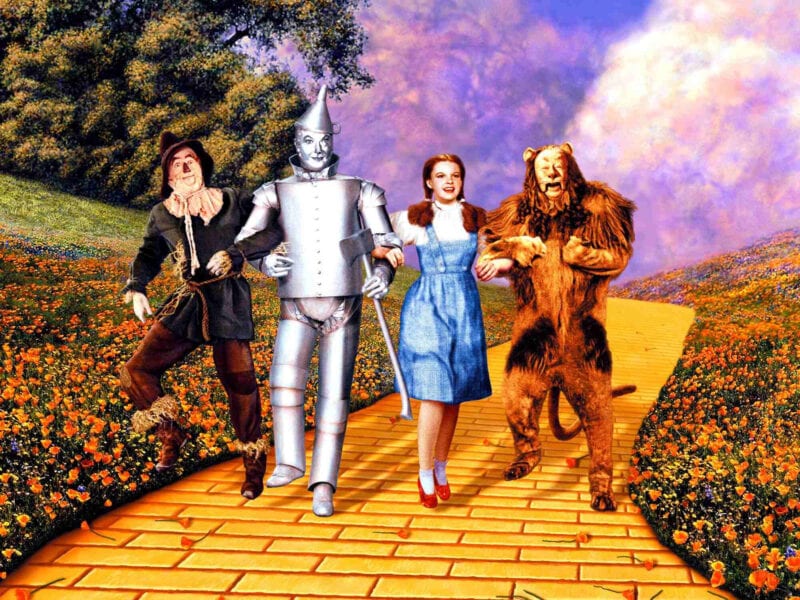