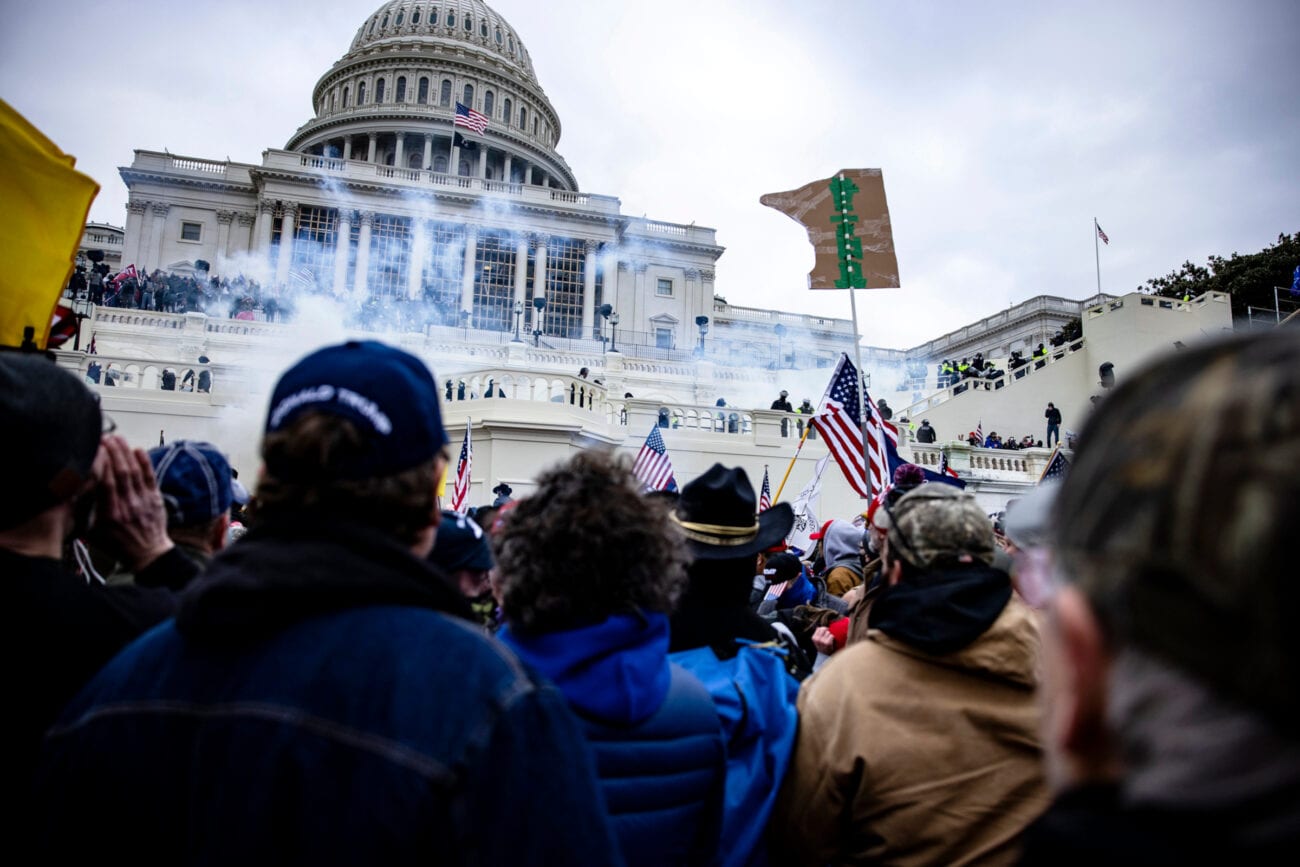 Is the USA entering a new Civil War? Inside the Capitol protests

Shots were fired inside the Capitol today, with one fatality just reported. Pro-Trump protestors stormed the Capitol building with the goal of disrupting the U.S. Senate’s Confirmation hearing. The protestors reportedly planned to occupy the building through the night to prevent the vote from being held, citing concerns about alleged election fraud. Onlookers are wondering if this will be the start of a second Civil War in the USA.

Shortly after 1:00 PM ET, when the Senate was debating Arizona’s Electoral count per NPR, protesters broke through the barriers and stormed the Capitol building. At 3:00 PM, CNN reported there was an armed standoff between D.C. officers & protestors, who entered the front doors and stormed the Senate floor.

At 3:30 PM, the Capitol was evacuated per CNN. Multiple officers were shot and had to be hospitalized. One woman was reported to be in critical condition. 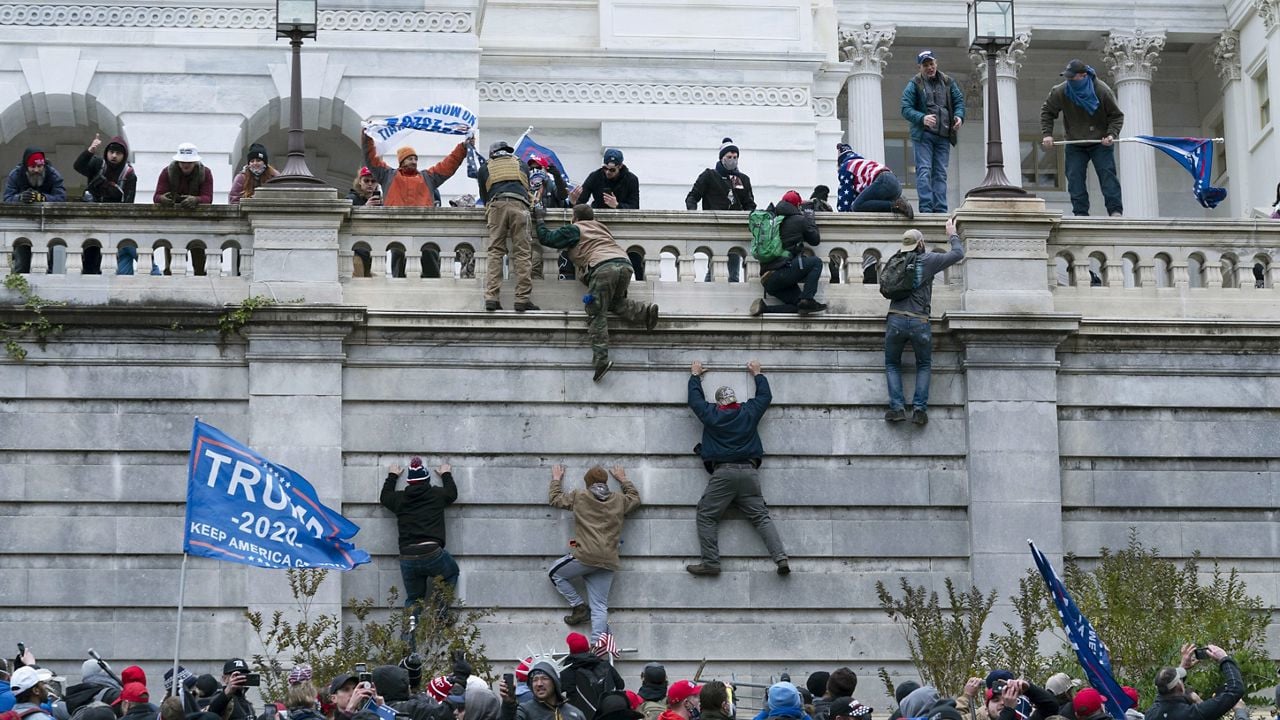 Washington D.C. will be under a curfew at 6:00 PM. At 2:55 PM, WH Correspondent Jim Acosta reported that 1) a request to deploy the National Guard to quell the protestors was denied (later, Aaron Davis tweeted the decision was reversed) and 2) their plan was to occupy the Capitol, which was also later reported by NPR.

Reportedly, gas masks have been passed out to numerous Representatives. Many others have tweeted they’re sheltering in place or have been evacuated. Many onlookers on Twitter are remarking this could be the beginning of another Civil War in the USA. Is it though, or is this just another protest that turned violent in the last year? Let’s take a look. 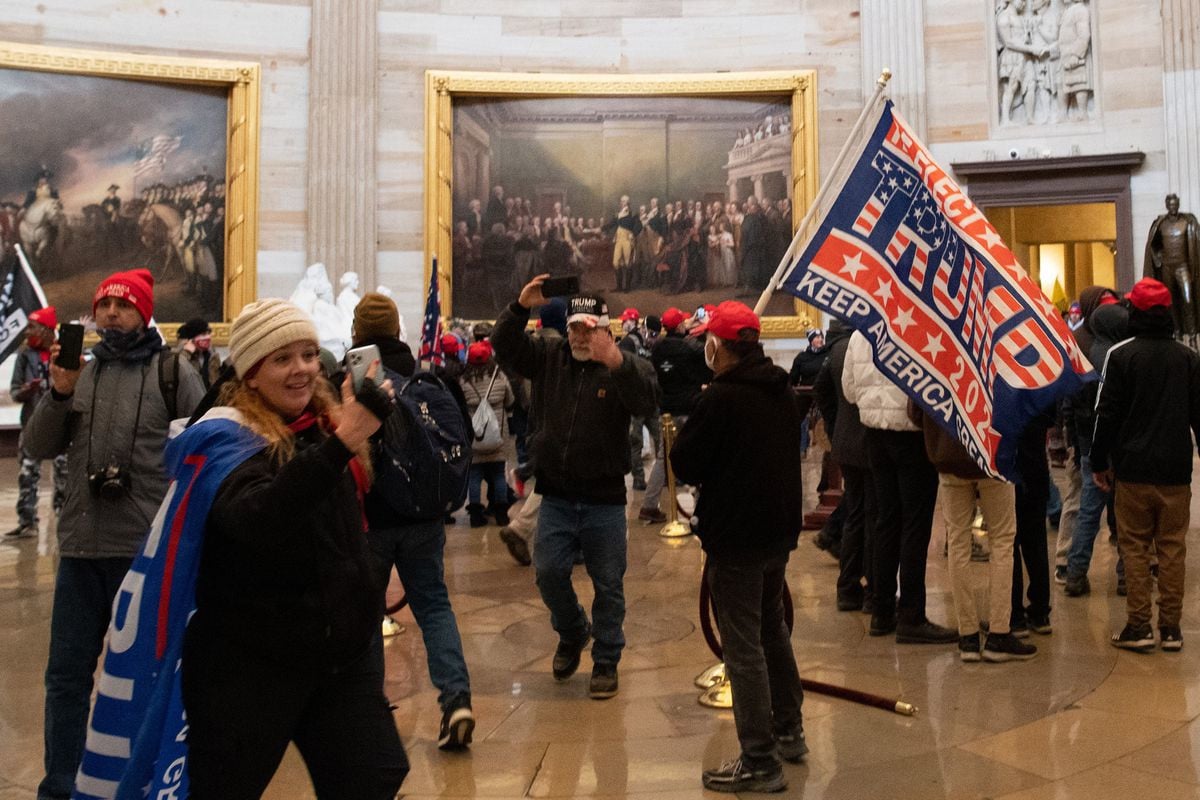 Although the first Civil War in the USA took place in 1861-1865, beginning with the firing on Fort Sumter, the buildup had been years in the making around the issue of slavery.

Now, new social issues are causing giant rifts in political discourse in the USA, to the point where some pundits have remarked that America is more divided now than it has been during the Civil War. 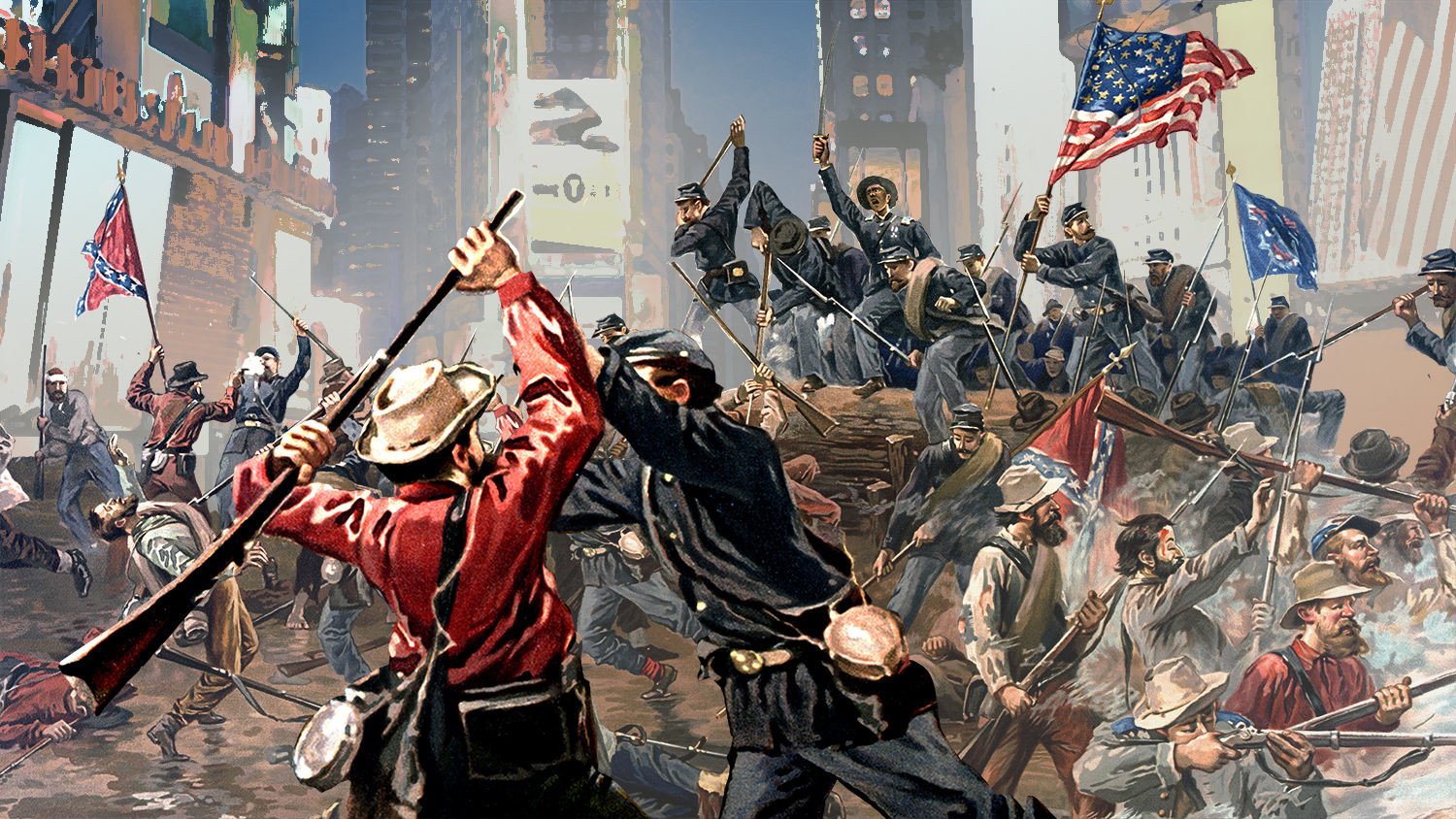 The poll was taken a month before the election. On further polling, Americans were divided on several other issues, such as how the government handled the coronavirus outbreak. 77% of Pew Research respondents said, either way, America was more divided after COVID-19 came to town than before.

Saying the protests bordered on sedition, calling the protestors “a small number of extremists dedicated to lawlessness” per NPR, Joe Biden strongly condemned the actions of protestors and called on Donald Trump to go on national television and condemn them, too.

“America is so much better than what we’re seeing today,” he tweeted, adding: “the scenes of chaos at the Capitol do not reflect a true America, do not reflect who we are.”

I join President-elect @JoeBiden in calling for the assault on the Capitol and our nation’s public servants to end, and as he said, “allow the work of democracy to go forward.”

The violence and destruction taking place at the US Capitol Must Stop and it Must Stop Now. Anyone involved must respect Law Enforcement officers and immediately leave the building.

Mike Pence also strongly condemned the Capitol protests. “Peaceful protest is the right of every American but this attack on our Capitol will not be tolerated and those involved will be prosecuted to the fullest extent of the law,” he tweeted. 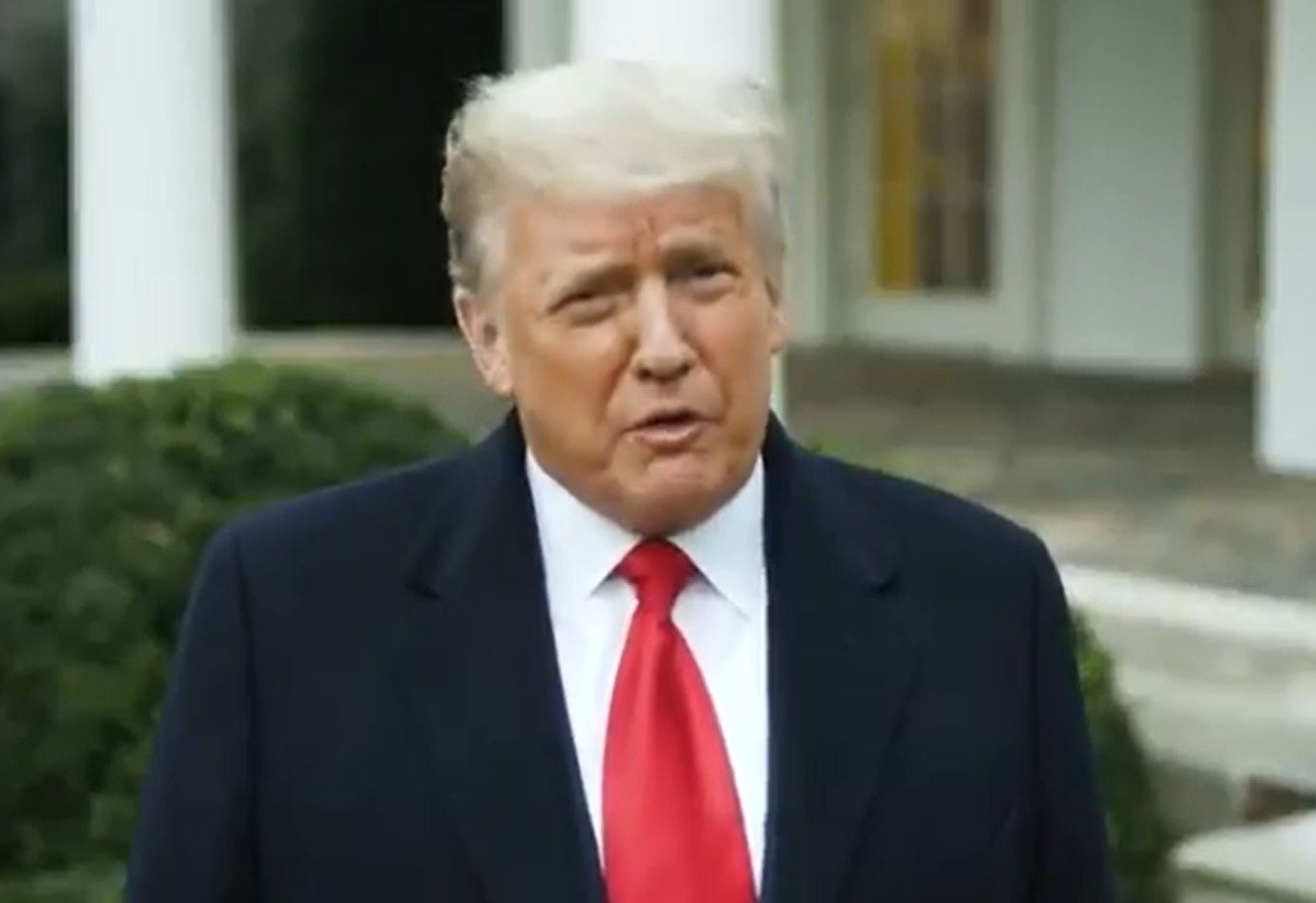 Donald Trump posted a video to Twitter urging the protestors to go home. After claiming the election was “stolen”, Trump remarked that “we must have law and order”. Twitter placed a disclaimer under the video, saying “the claim of election fraud is disputed, and this tweet cannot be replied to, retweeted, or liked due to a risk of violence”. The video was later removed from Twitter.

Since the Associated Press projected Joe Biden as the winner of the 2020 U.S. presidential election, Donald Trump has tweeted allegations of widespread election fraud. Trump’s legal team has filed various lawsuits targeting key swing states like Michigan & Pennsylvania. Many of Trump’s suits have been dismissed in court.

“We reiterate President Trump’s call against violence and to remain peaceful,” White House Press Secretary Kayleigh McEnany wrote. She further exclaimed that Trump called the National Guard to disperse the protestors from the Capitol.