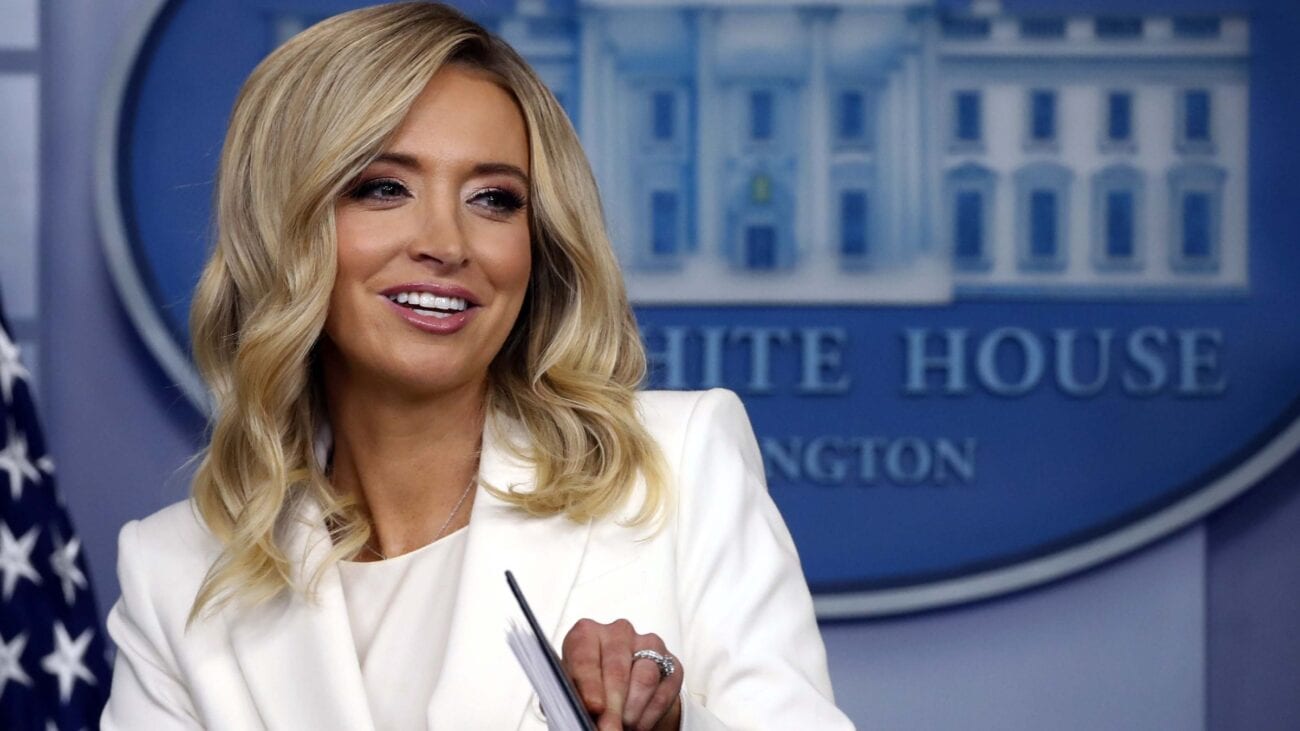 We all know Kayleigh McEnany as Trump’s White House press secretary, but long before becoming a Trump campaign aide, McEnany was seen disparaging Donald Trump and praising Joe Biden. Let’s find out all about the former Trump campaign spokeswoman who dominated conversations this year. 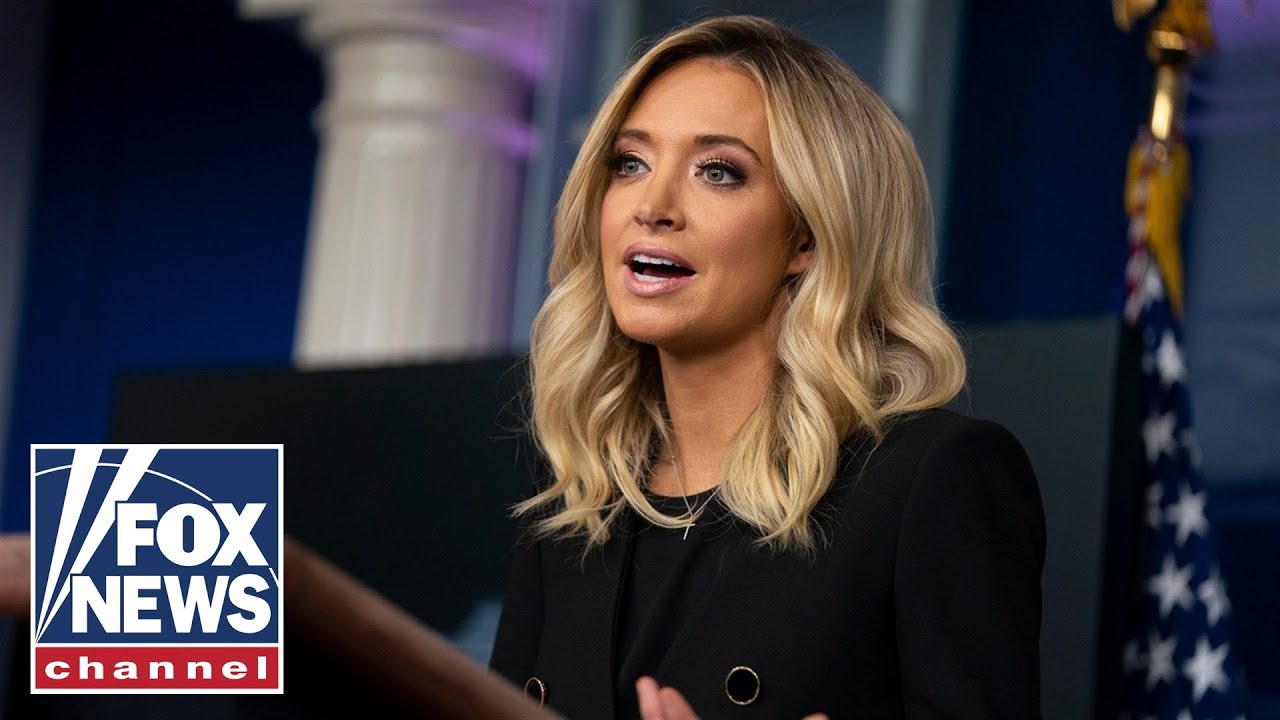 Who is Kayleigh McEnany?

Kayleigh McEnany is a Tampa native who started her involvement in politics in 2004 when she volunteered for the Bush/Cheney campaign. This experience landed her an internship at Capitol Hill where she worked in the White House communications office under Bush Administration.

After graduating from Georgetown University, she worked as a producer for Mike Huckabee’s Fox News TV show. Afterward, she went back to school to earn her J.D. from Harvard Law University.

In August of 2017, McEnany was appointed as the Republican National Party’s spokesperson. Later on, she joined the Trump Administration as the fourth White House Press Secretary. 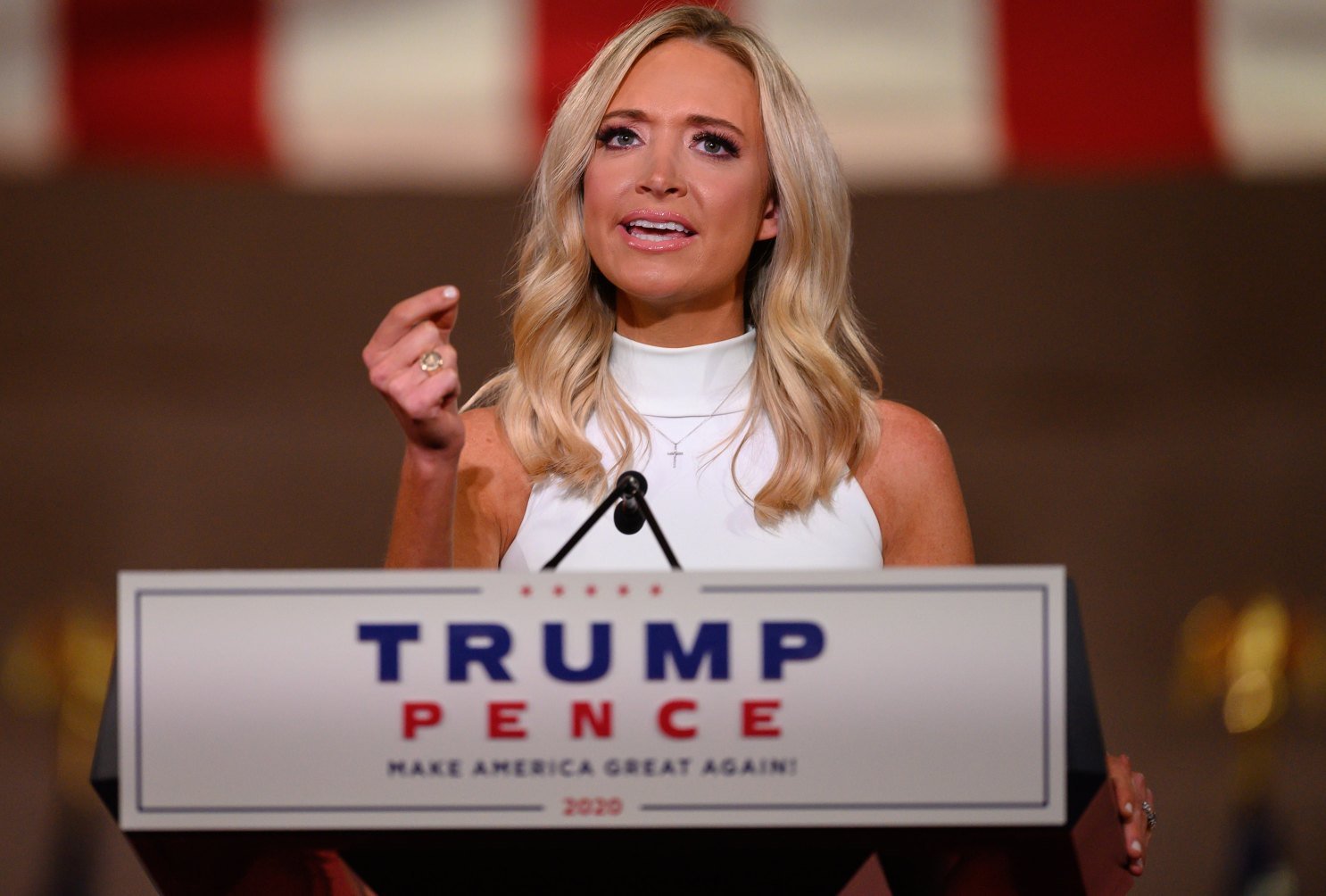 McEnany: a Trump critic or supporter?

During the early part of 2015, McEnany, like many other republicans at the time, explicitly disapproved of Trump’s rhetoric. She was seen doing various television outings where she would criticize Trump’s comments.

In fact, McEnany once labeled Trump “a Republican in name only” and urged him to apologize for his “inappropriate” remarks; whereas she characterized Joe Biden as a “funny & likable” person and said he “can resonate with the middle class”.

In a conversation with CNN, McEnany explained, “I want to make clear, I don’t support what Donald Trump said. I think he said something very unartful, very inappropriate”. She called Trump a “racist” and declared that it would be “unfortunate” & “inauthentic” to call him a Republican. 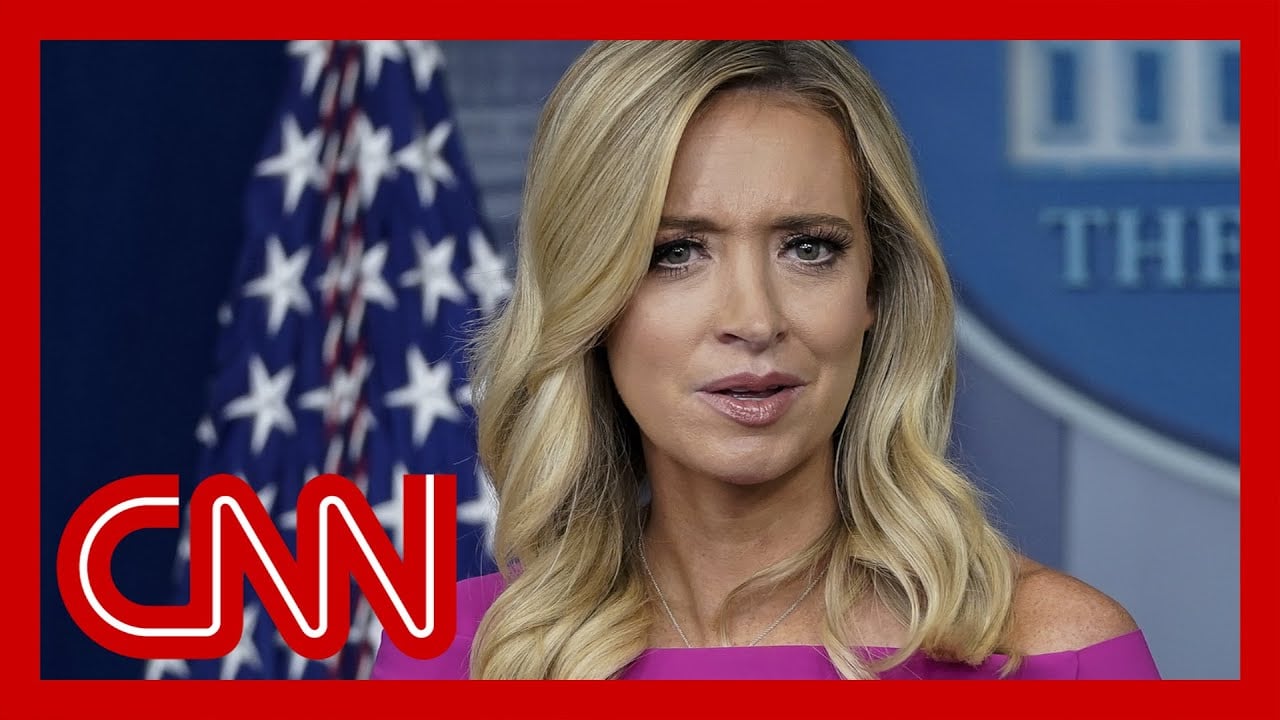 While initially, McEnany was a Trump basher, the White House press secretary is now a pro-Trump advocate. But what made McEnany accept beliefs so directly opposite of her original ones?

A feature in the Guardian revealed it was, in fact, McEnany’s colleague Michael Marcantonio who urged her to latch on to Trump. Marcantonio told her over cocktails that “Donald Trump is going to be your nominee”, and “a smart, young, blond Harvard graduate” who wants “to get on television and have a career as a political pundit, you would be wise to be an early backer”.

That moment with Michael Marcantonio seemed to crystallize McEnany’s evolution from Donald Trump’s critic to his fierce advocate as White House press secretary. The very next month after McEnany reprimanded Trump for making discriminatory remarks, she appeared on Fox Business and defended his racist comments. She became a paid contributor at CNN, soon after graduating from Harvard, and was then on, seen furthering the interests of Trump’s campaign. 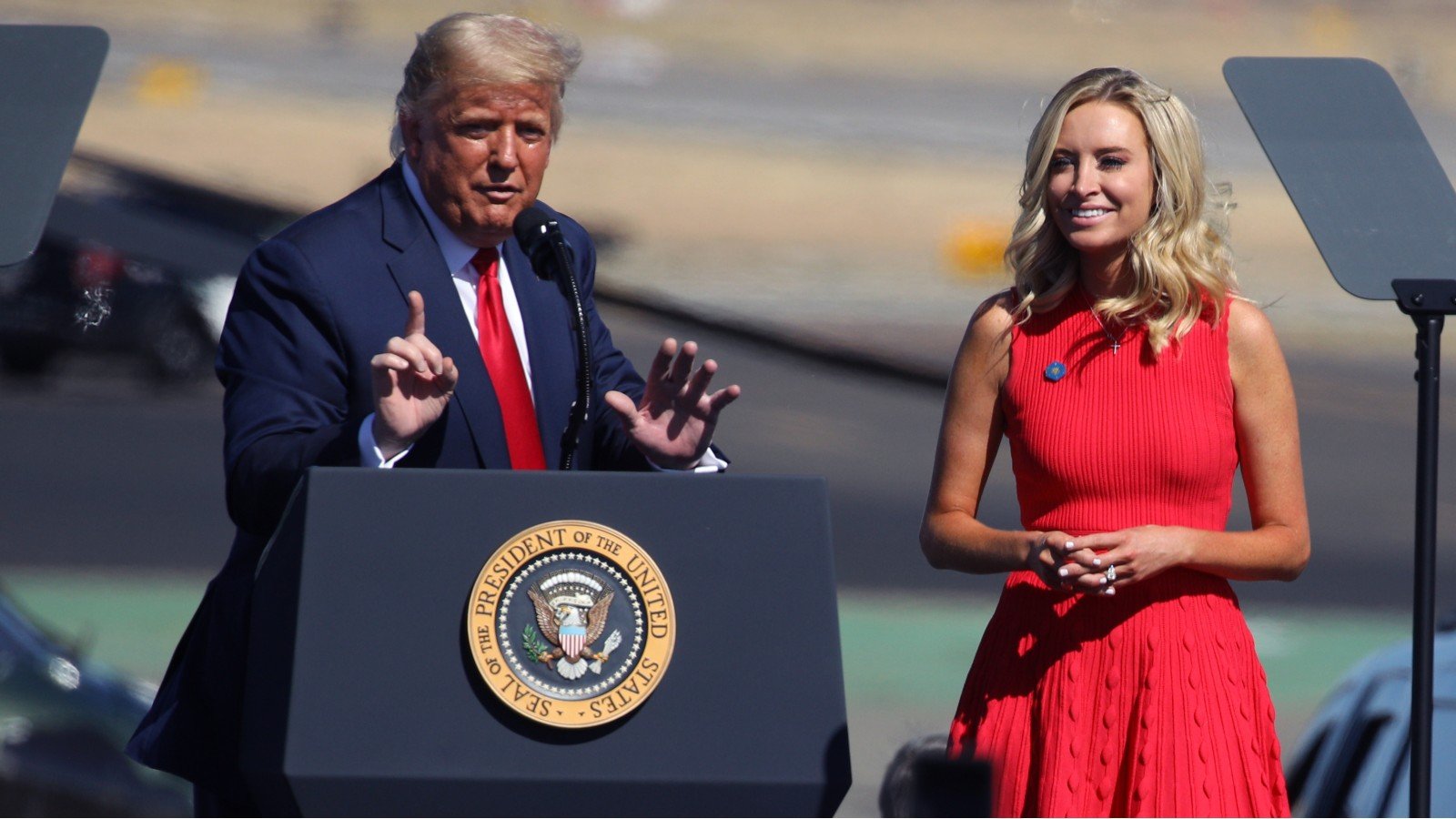 McEnany supposedly “wanted a job in front of the camera but couldn’t get a break” and alleged that the spotlight is primarily the reason why McEnany backtracked on her views.

According to the Guardian’s source, McEnany is now “unrecognizable” and “if you were to read or listen to her words prior to her decision to sell her soul and jump on the Trump train, she is a completely different person.” Another report in the New York Times reported that McEnany “saw Donald J. Trump as her ticket to stardom”. 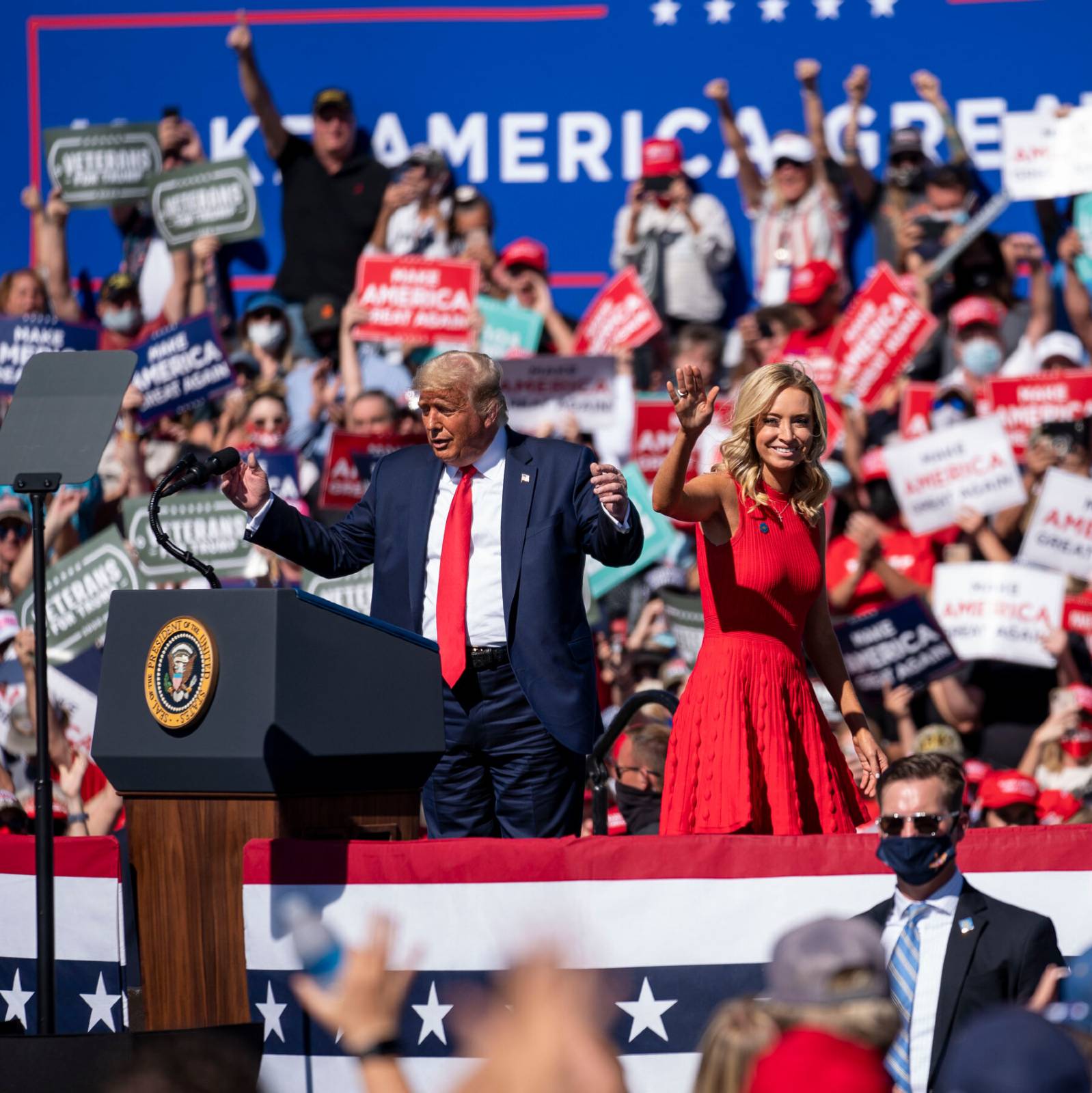 New York Times quoted Huckabee, McEnany’s former employer saying, “I think one of the reasons that Kayleigh went on to law school was because she didn’t see she was going to have an on-air opportunity at Fox any time soon.”

If being in the spotlight is McEnany’s ultimate goal, then considering the controversies circling her, she’s hit her target bang on. 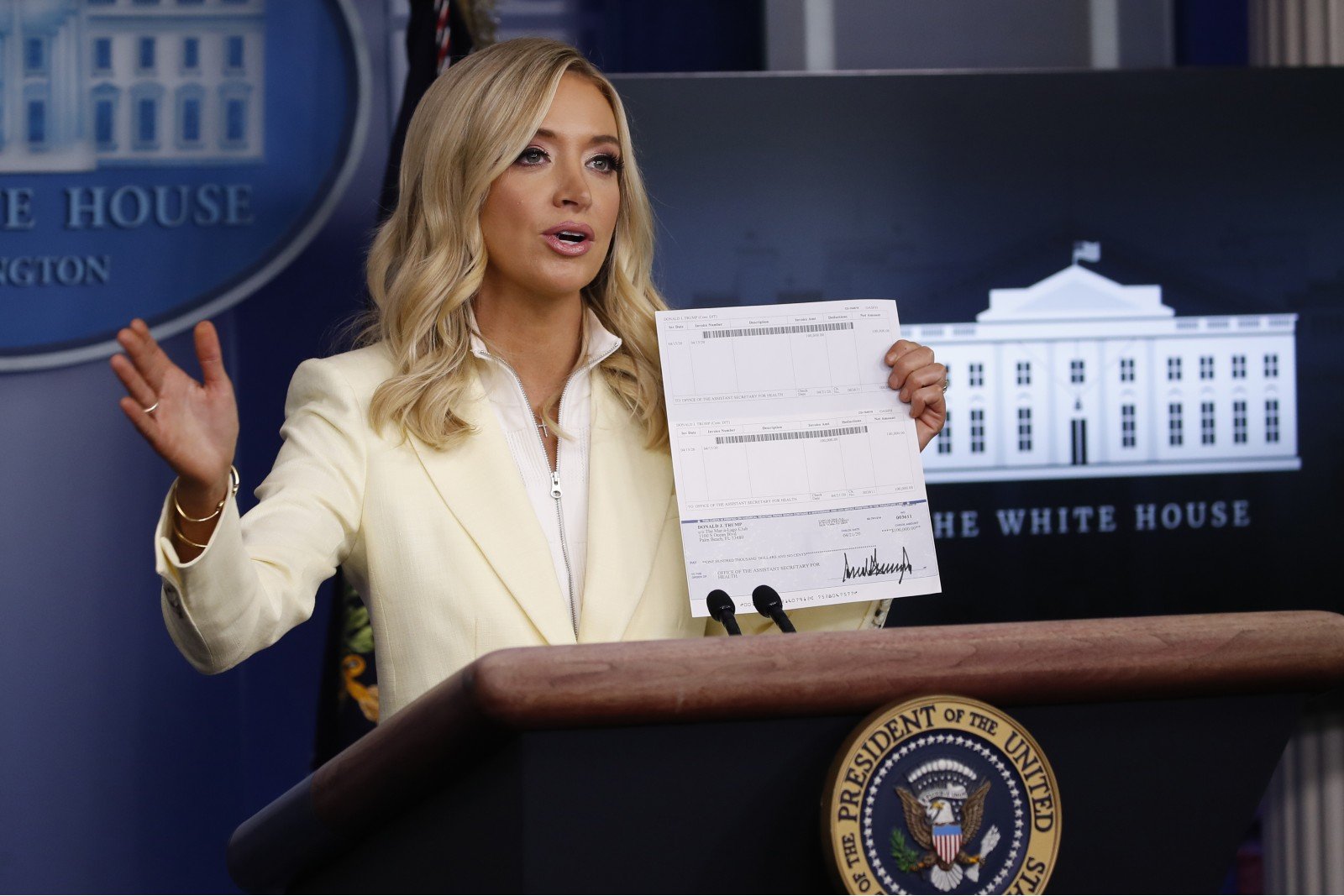 With her position both as a White House staffer and a Trump campaign adviser, McEnany often finds herself in the middle of unusual situations. Like the time she labeled reporters “activist” or when she refused to call Joe Biden “President-elect”. 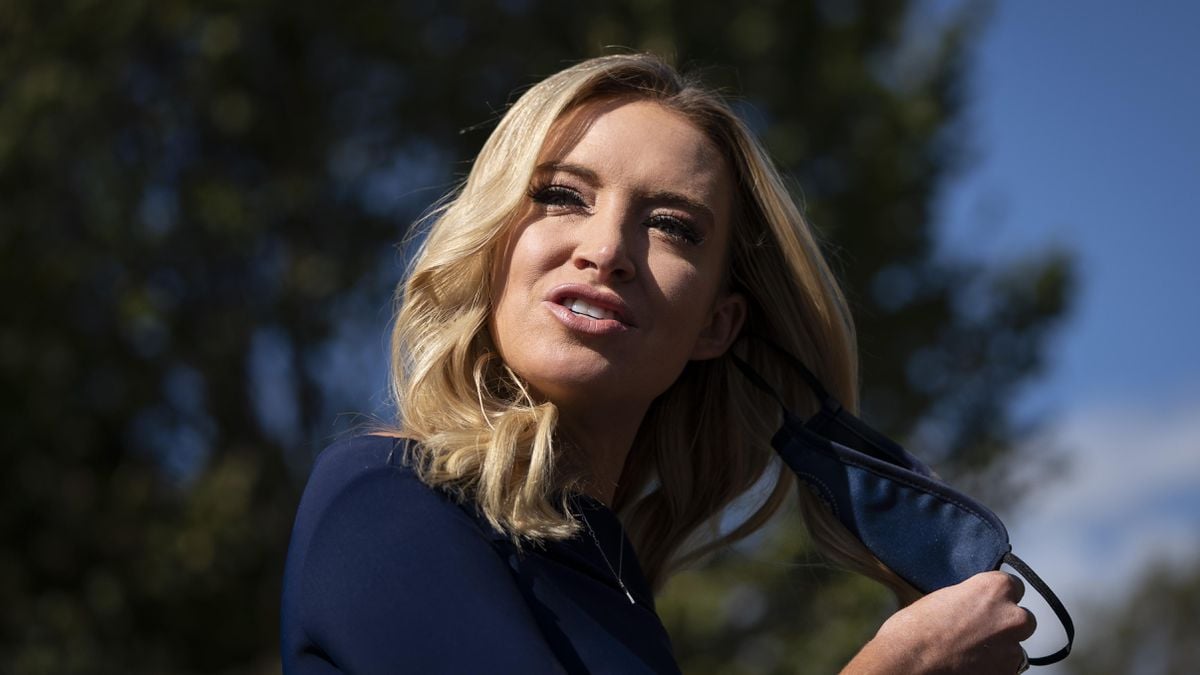 Not only that, but McEnany was also backing Trump’s upbeat portrayal of the coronavirus pandemic preparations. She even made ignorant suggestions that Democrats were “rooting” for the pandemic to “take this President down” while people were dealing with government inaction and spikes in infection.

Journalists slammed McEnany for not wearing a mask and belittling the importance of proper precautions during press briefings after she announced that she tested positive for the coronavirus. According to BBC White House reporter Tara McKelvey, McEnany still refused to wear a mask following Trump’s positive COVID-19 diagnosis, even though other White House staffers were wearing a mask consistently.

McEnany seems to be always involved in controversial situations making her the number one topic of conversation in the news cycle. Perhaps her lack of experience or the novelty of the position she holds, has transformed her into an agitator of nearly every controversy blanketing the Trump administration this year.