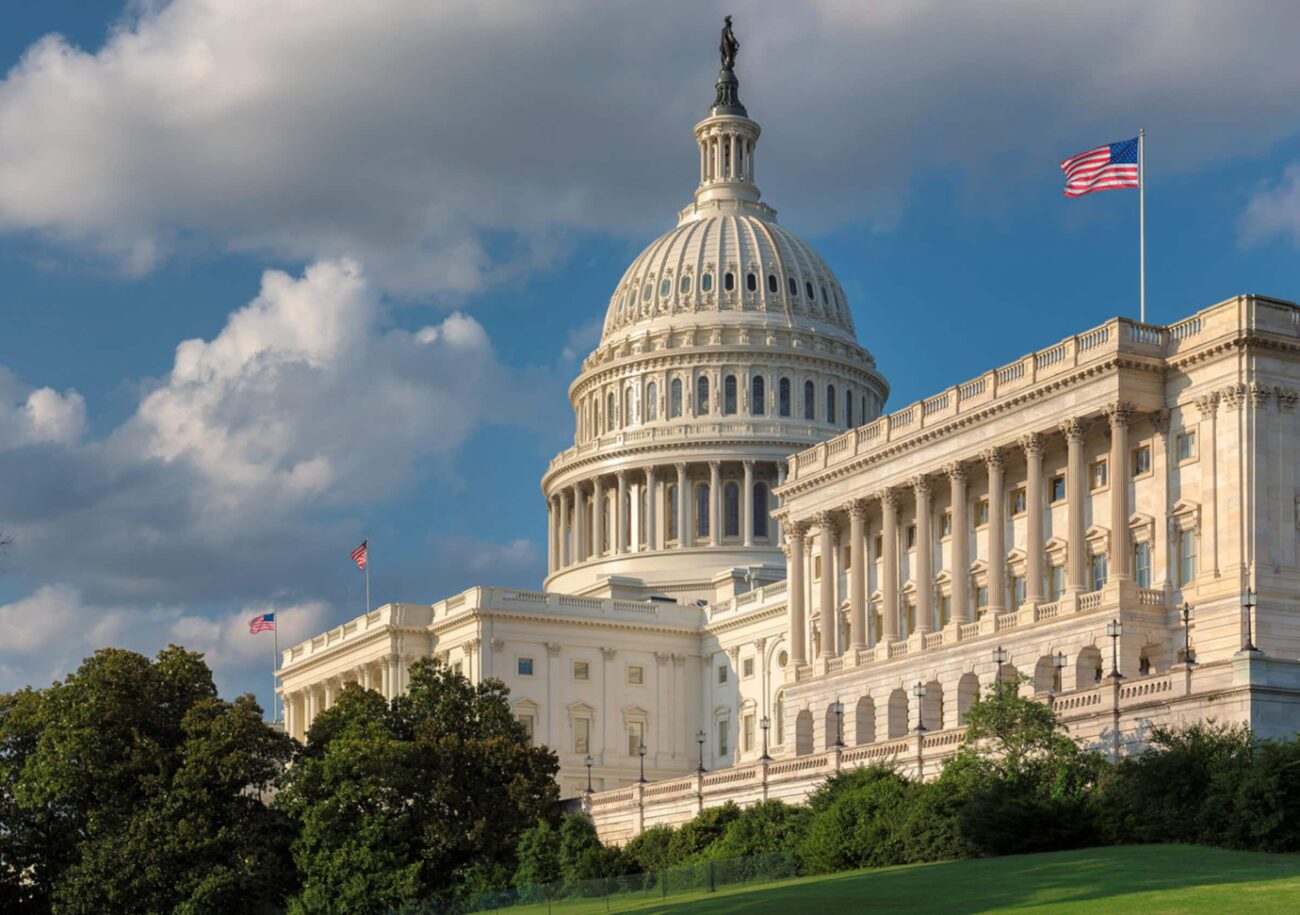 2020 was filled with prominent historical events (maybe every year is) but January 6th, 2021 will forever be remembered as the day of the 2021 United States Capitol Attack. To think, one day when the 2020’s joins the decade of docuseries and history books, we’ll be able to say we shared that exact story on social media, and remember when it was breaking news. All the thoughts that went on in our heads, and the talks we must’ve had!

As we know, riots turn ugly. Frankly, the presence of White supremacist symbols such as the confederate flag and phony conspiracy theories like QAon logos was concerning. Democrats made their case against the then president Donald Trump at his impeachment trial earlier in the year. They showed the chilling recordings of, including previously unseen footage, from the capitol riot. 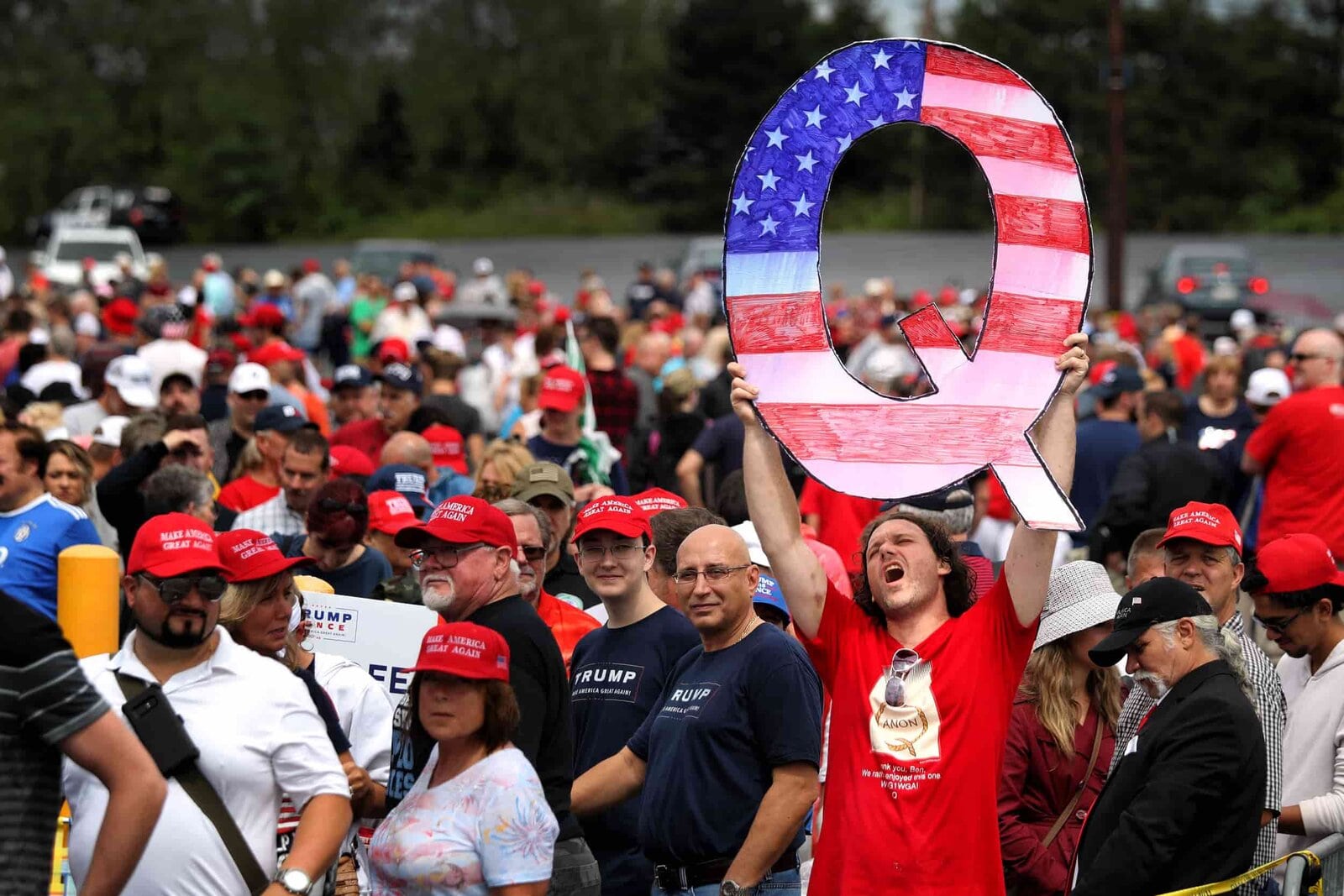 Since then, Trump’s latest news has been especially intriguing. Trump being the first president in history to be impeached twice, the goal of the prosecution was clear 一  to link the president and his words to the deadly riot that followed. A lot of Donald Trump’s latest news consisted of his tweets, he tweeted allegations of voting fraud ahead of his rally in Washington D.C.

Between clear White supremacists and deaths involved, the capitol riot isn’t something you want to be responsible for. Does this latest news prove Donald Trump supports the Capitol Riot? 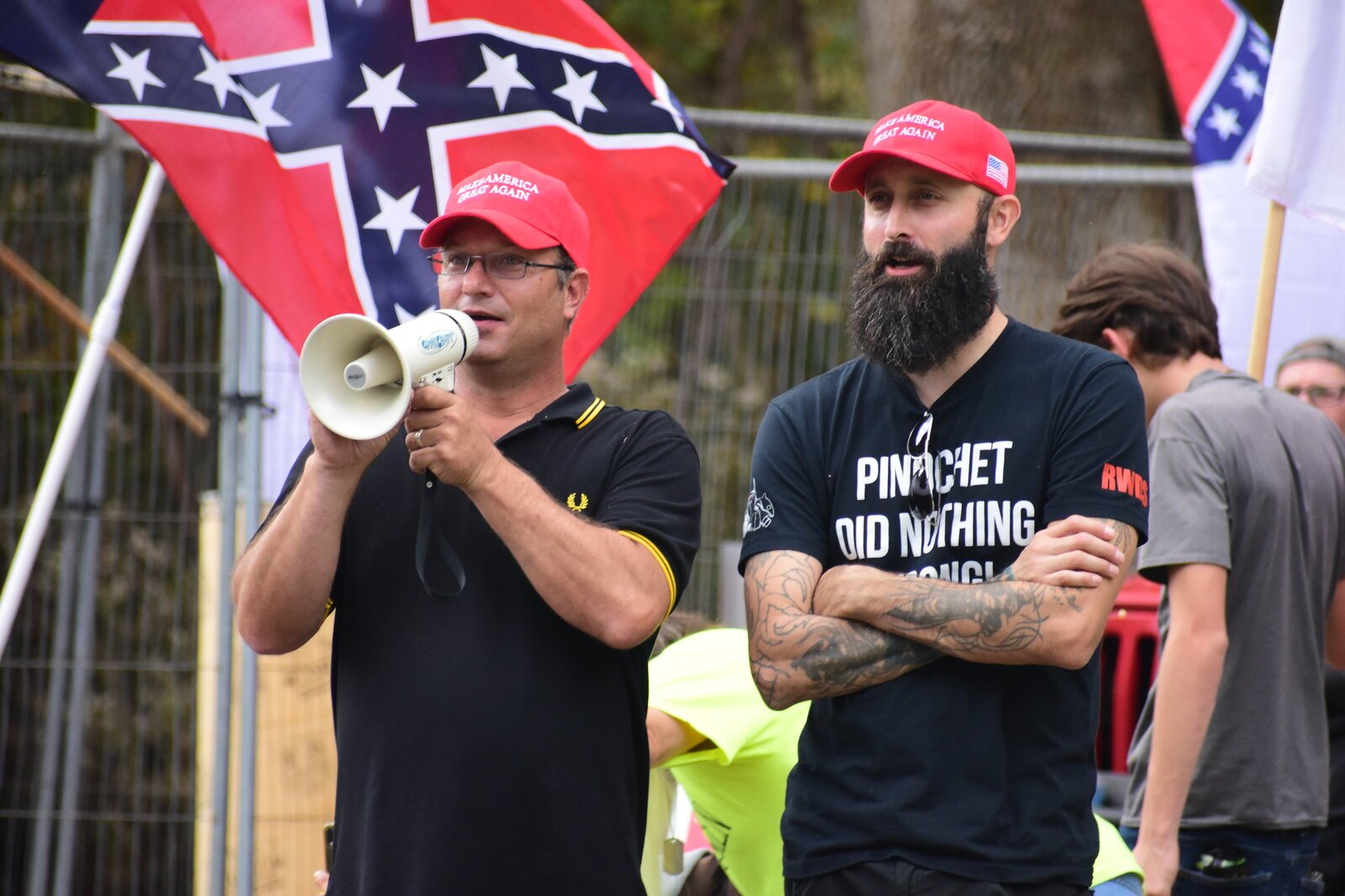 The Proud Boys Movement is a right-wing militia, and they were seen heading towards the Capitol building. Newsnight US’s correspondent David Grossman was speaking to one of the Proud Boys. “We’re taking our country back. One group had a radio. “It was clear he was communicating 一 getting messages, sending messages to somebody,” said the correspondent.

At 12:00, Trump began his speech addressing his supporters in Washington. About fifteen minutes into it, President Trump started urging them to converge on the Capitol. In the words of the former president, “I know that everyone here will soon be marching over to the Capitol building to peacefully and patriotically make your voices heard.” 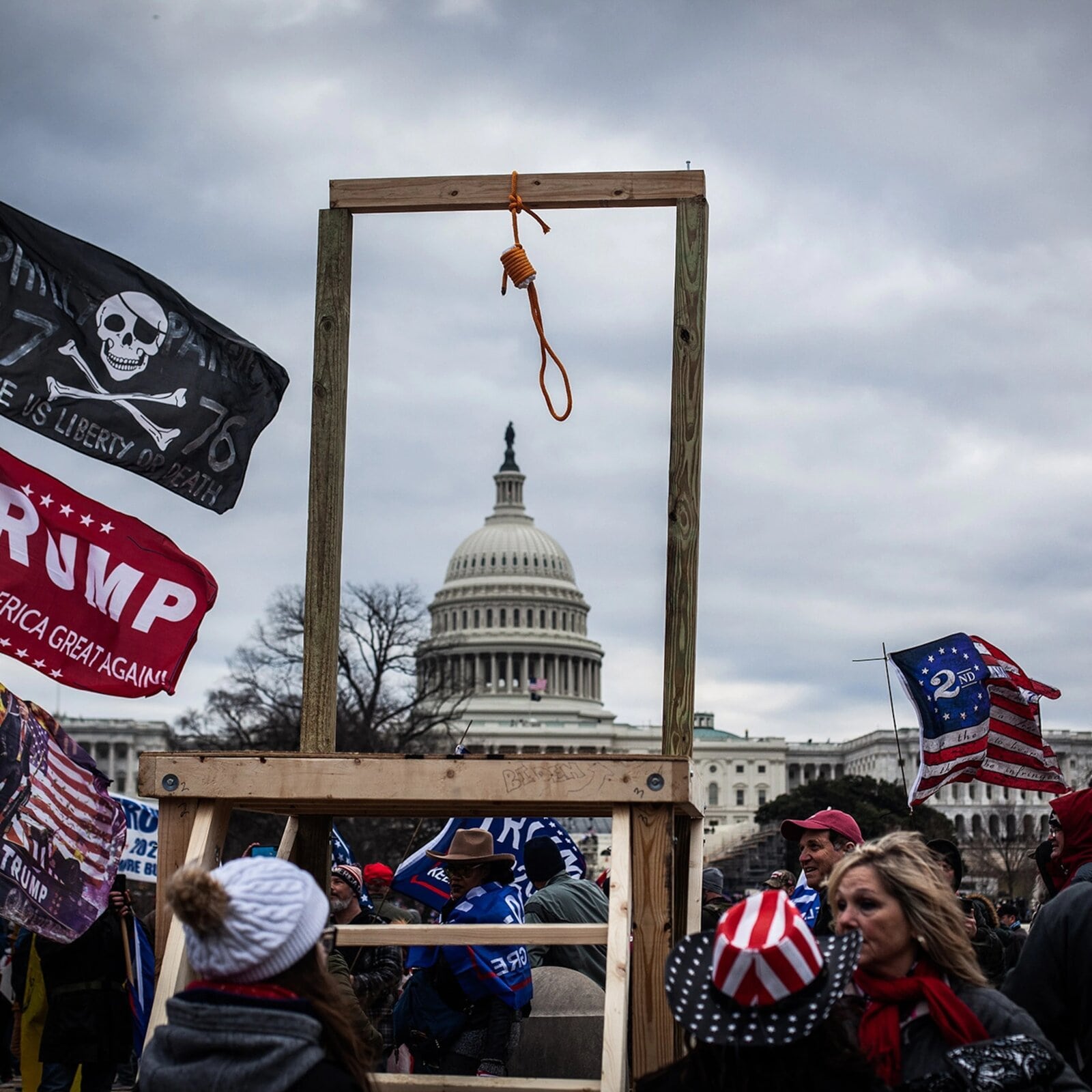 As the president spoke, there was a swollen crowd outside the Capitol building. People begin marching towards the police barrier and moving past the others. The police were outnumbered, and tried to contain them. It was suddenly the latest news. Donald Trump supporters were waving flags and weapons. One man stood on a makeshift gallows, complete with a noose. The crowd was chanting, “Fight for Trump!”

Merely minutes later, House of Representative Nancy Pelosi commenced the certification process. President Trump ended his speech with the words, “We fight. We fight like hell and if you don’t fight like hell, you’re not going to have a country anymore. So let’s walk down Pennsylvania Avenue.” A Capitol police officer called for backup.

Multiple law-enforcement said in a panicked voice, “They’re throwing metal poles at us.” The Capitol police issued an evacuation warning. (Thought for the day: how different might things have gone had perhaps a BLM or Standing Rock protest did the same thing?) 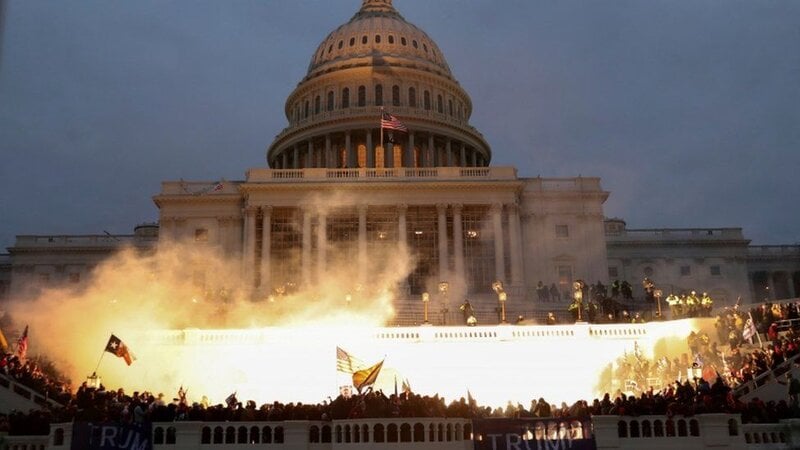 Protesters were surging past the Capitol police protecting the west steps, the side facing the White House. An officer had to declare there was a riot in the Capitol. “We’re going to give riot warnings. We’re going to try to give compliance but this is now effectively a riot.” Protesters broke through the windows. They pushed inside the building, merely hopping through the broken glass. They kicked open the doors to let the others in.

People pounded on Nancy’s door, looking for her. A rioter employed a baton to smash through the crowd around him chanting, “break it down, break it down.” 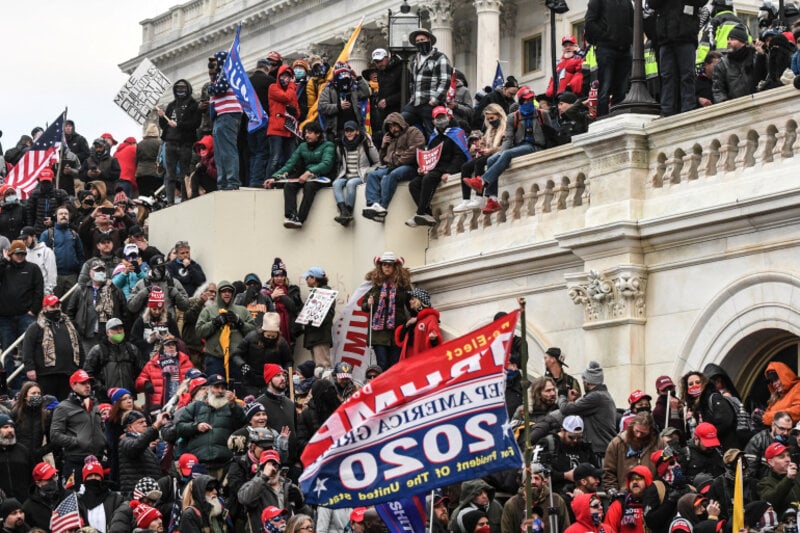 In his latest news, former President Donald Trump justified the January 6th, 2021 riot on the Capitol, calling it a legitimate protest against a rigged election.

Trump said in a statement, the committee “should come to the conclusion after spending many millions of dollars, that the real insurrection happened on November 2, 2020, the Presidential Election, not on January 6 which was a day of protesting the Fake Election results.”

What do you think about the latest news regarding Donald Trump? Tell us your thoughts!